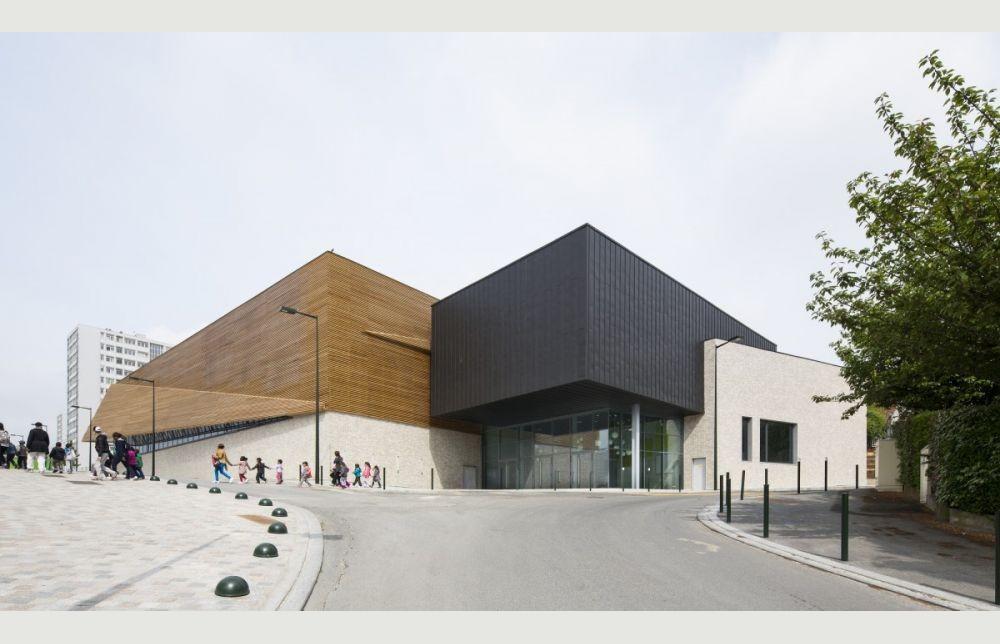 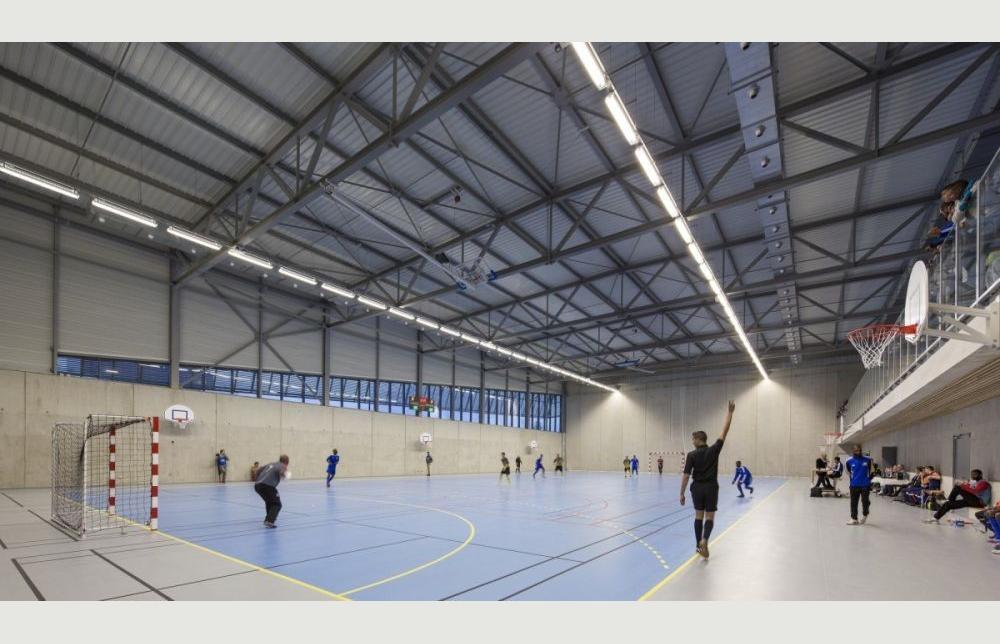 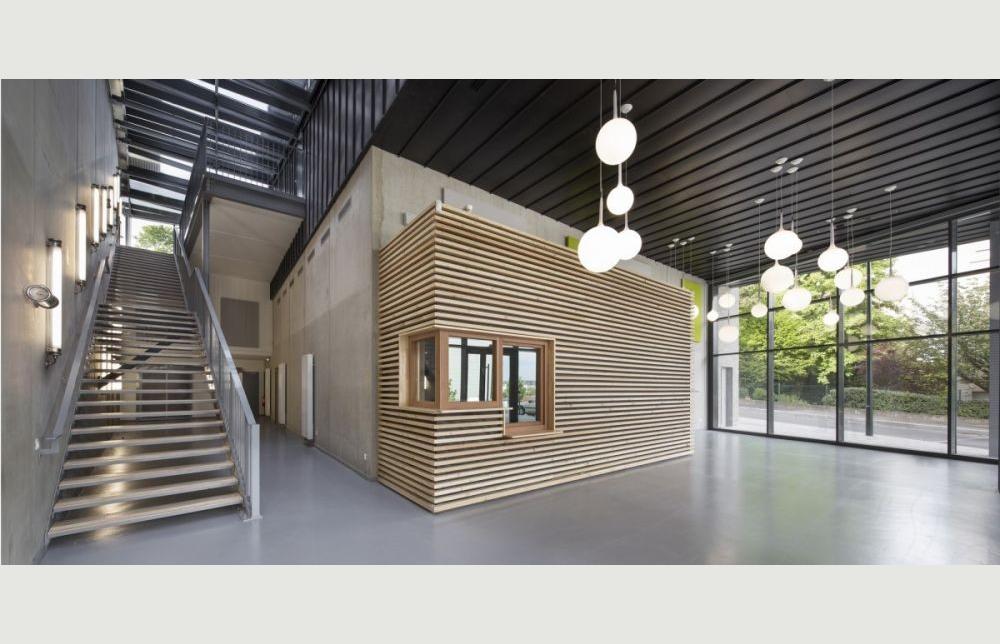 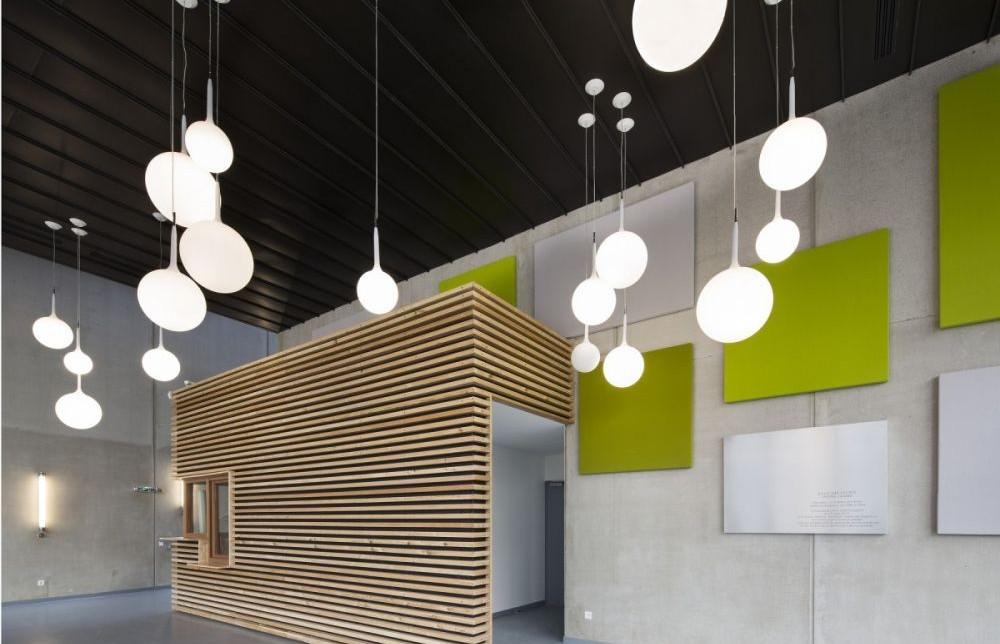 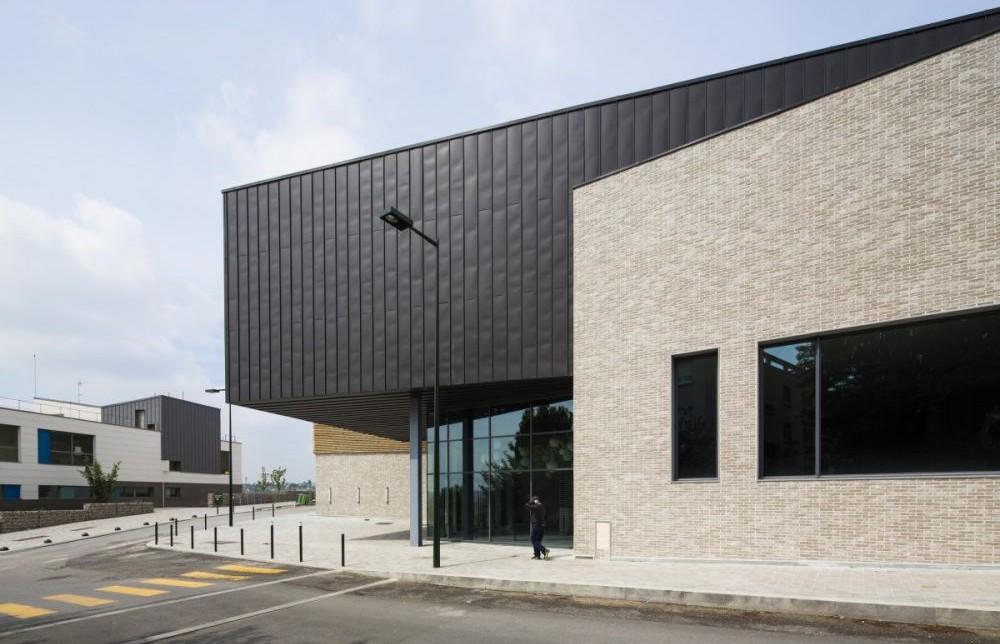 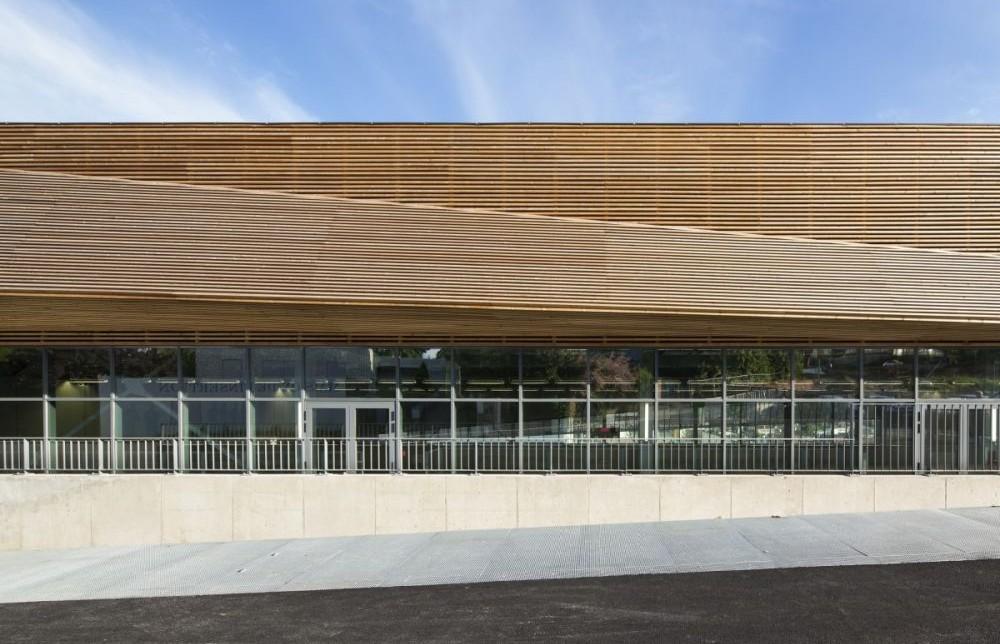 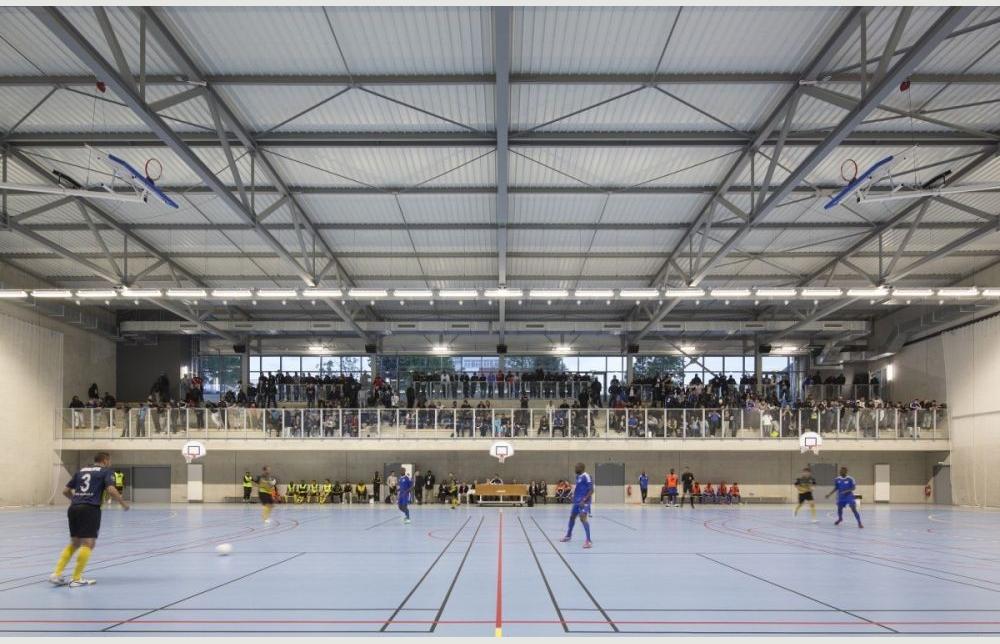 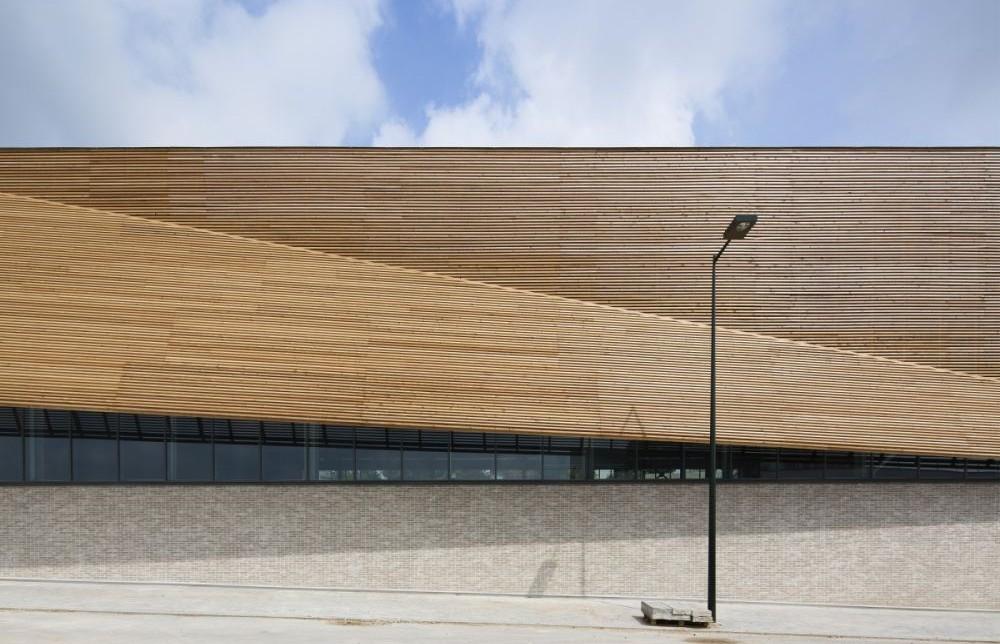 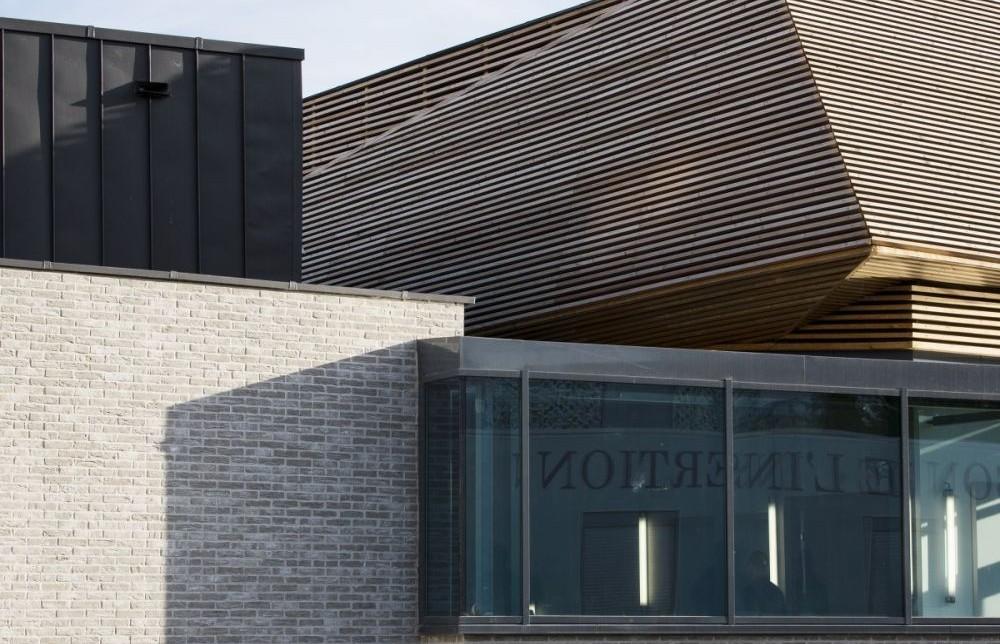 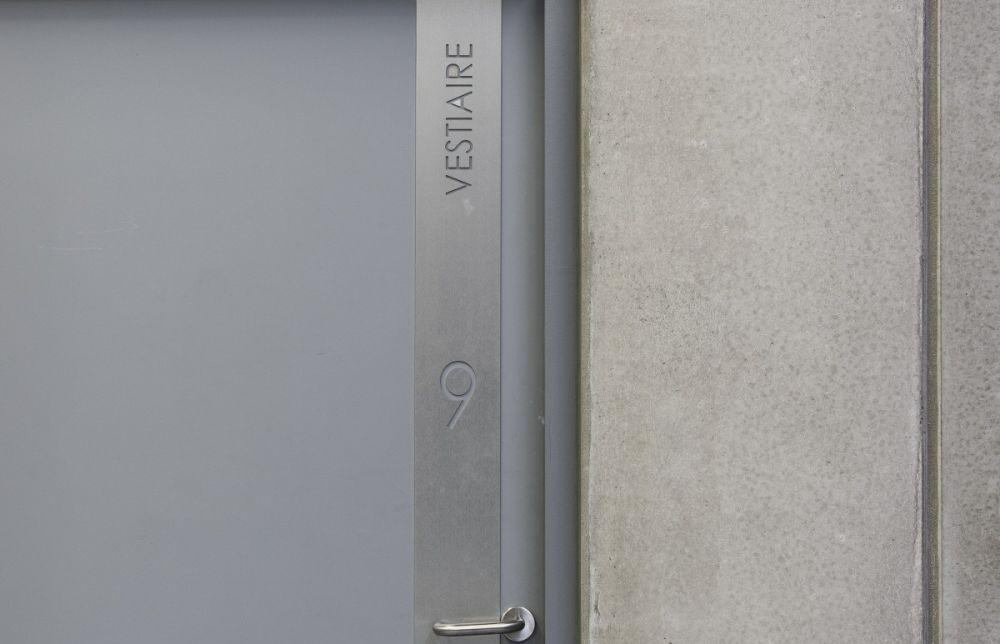 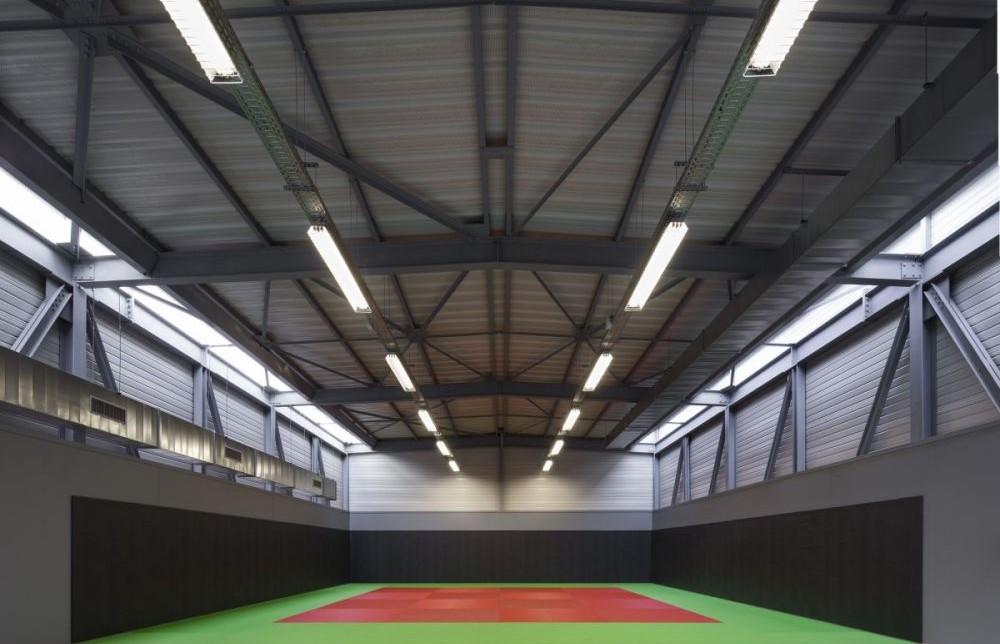 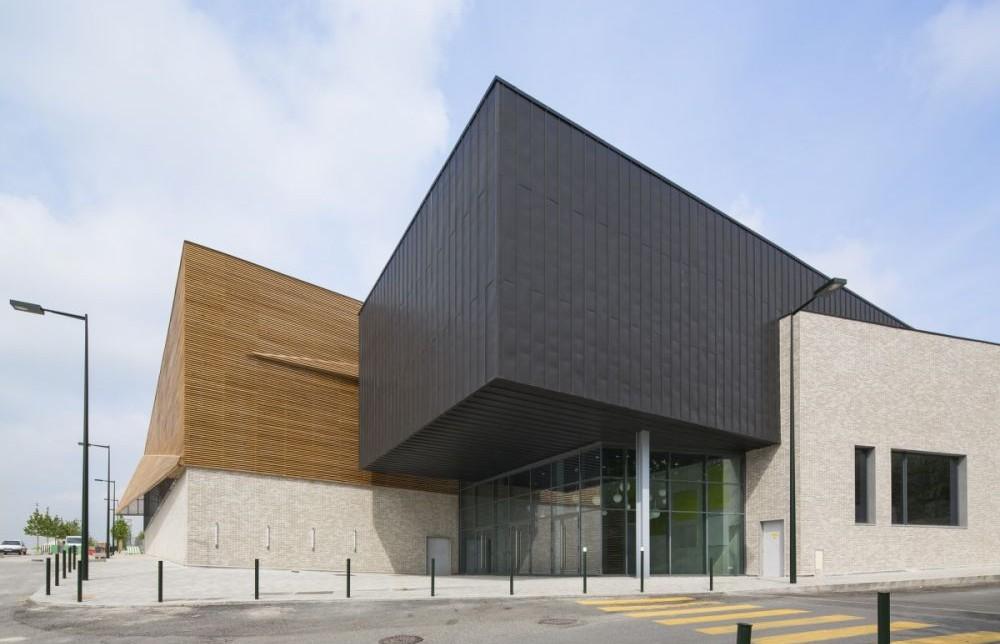 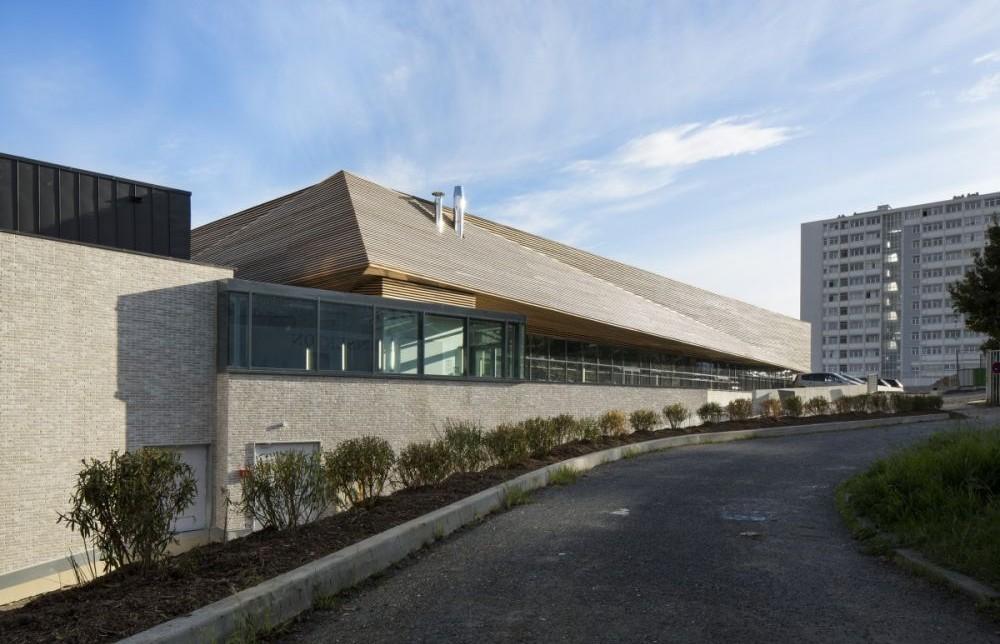 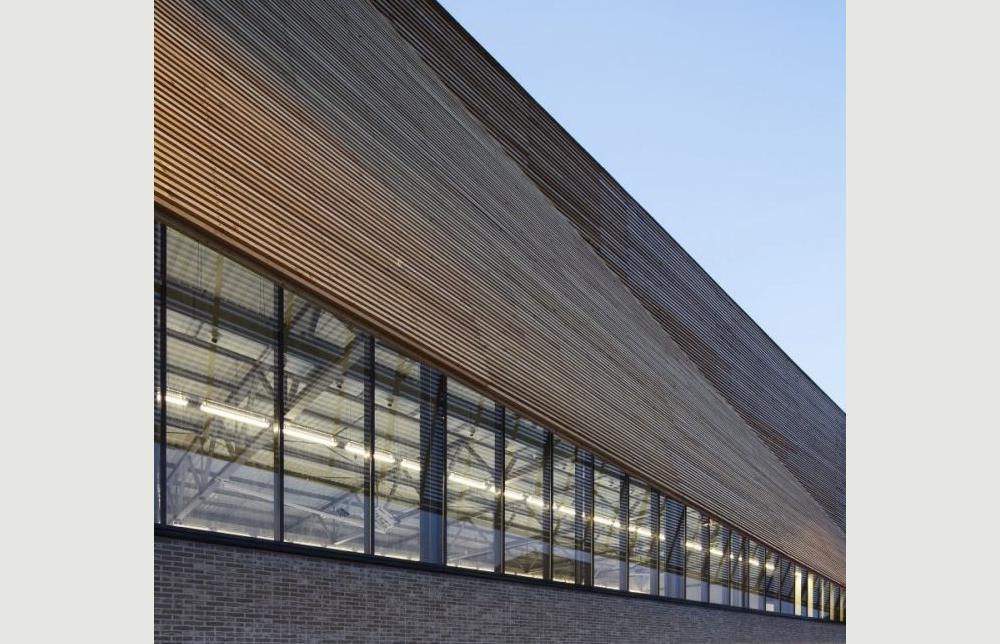 The Janine Jambu sports centre is located in the southern quarter of the town of Bagneux. It forms part of a huge urban renewal scheme spearhead­ed by SEM 92, at the end of mail des Tertres, on land freed up by the re-routing of rue des Pichets, close to the boundary between the town of Bag­neux and the town of Bourg-la-Reine, which runs along avenue de Montrouge. The construction of this facility highlights a de­termination to revamp an entire neighborhood, bearing the hallmarks of 1960s planning, by re­modeling public spaces, demolishing a council block and retaining and rehabilitating the rest of the buildings. The space thus freed up is to be used to build new public facilities, such as the Ja­nine Jambu sports centre. Creating A Link Between The Park And The School, Between The  Neighborhood And The Rest Of The Town The plot of land that was freed up for this facil­ity is located at the corner formed by two streets, adjacent to François Mitterrand park to the West and the local school to the south. It is triangular in shape, covering around 2,600 square meters, and slopes by between two and eight meters from the north-west towards the south-east. In addition to its sports purpose, this new facility will also serve as meeting place for the town and gateway towards neighboring municipalities. It is designed to operate: