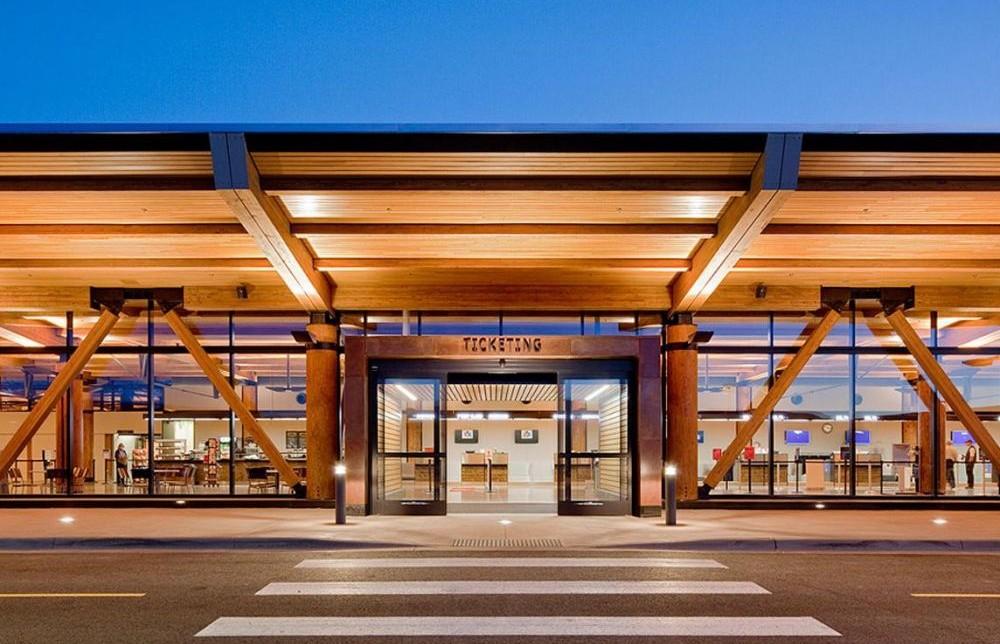 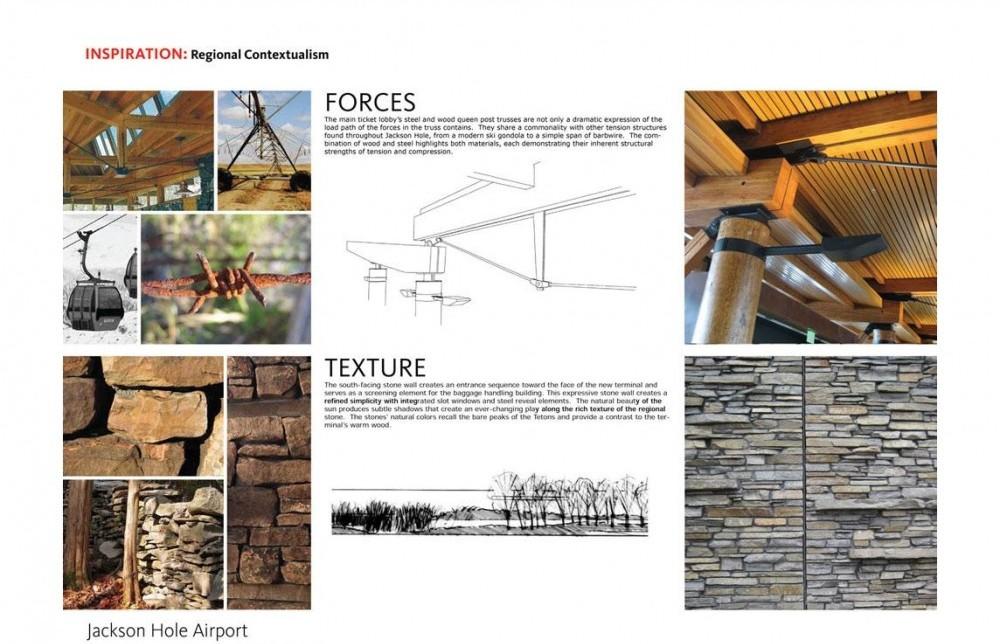 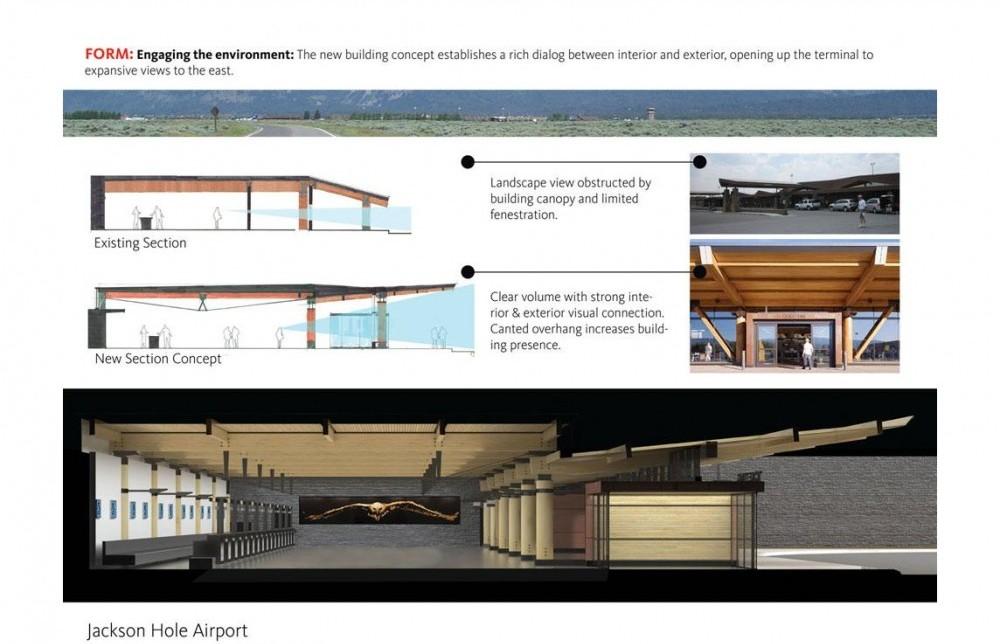 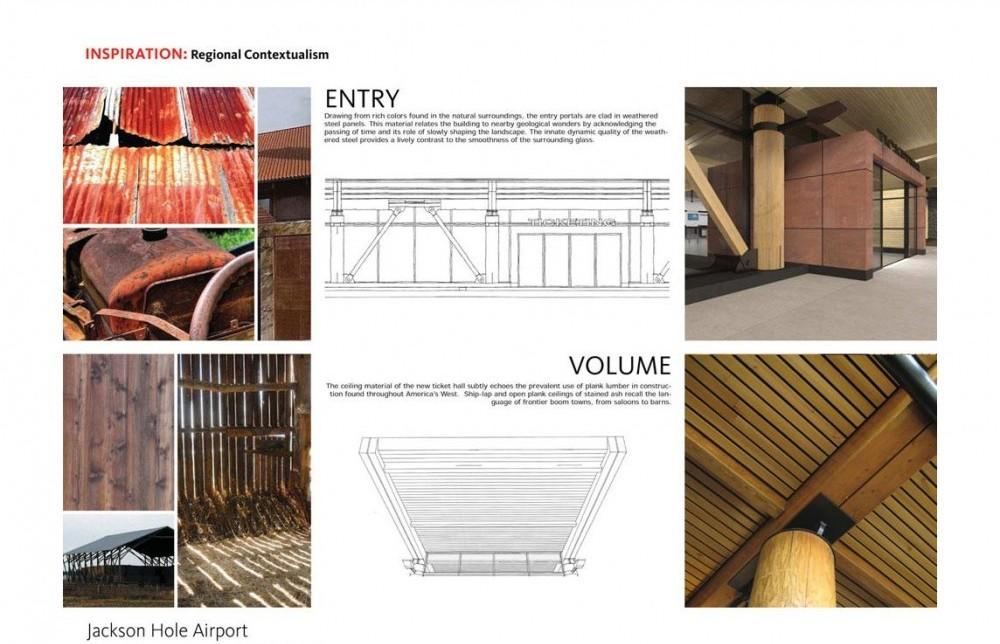 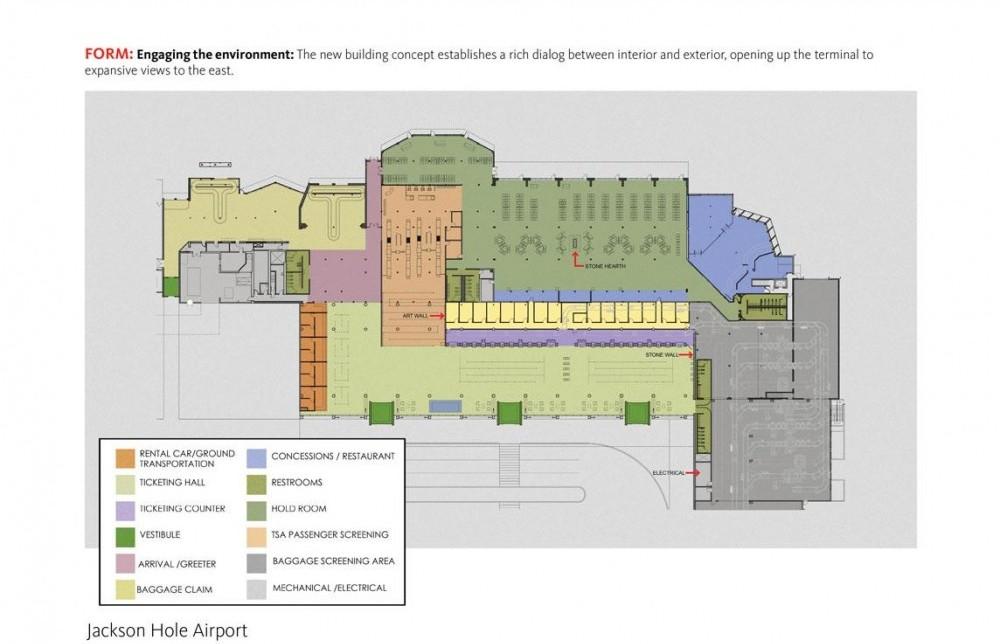 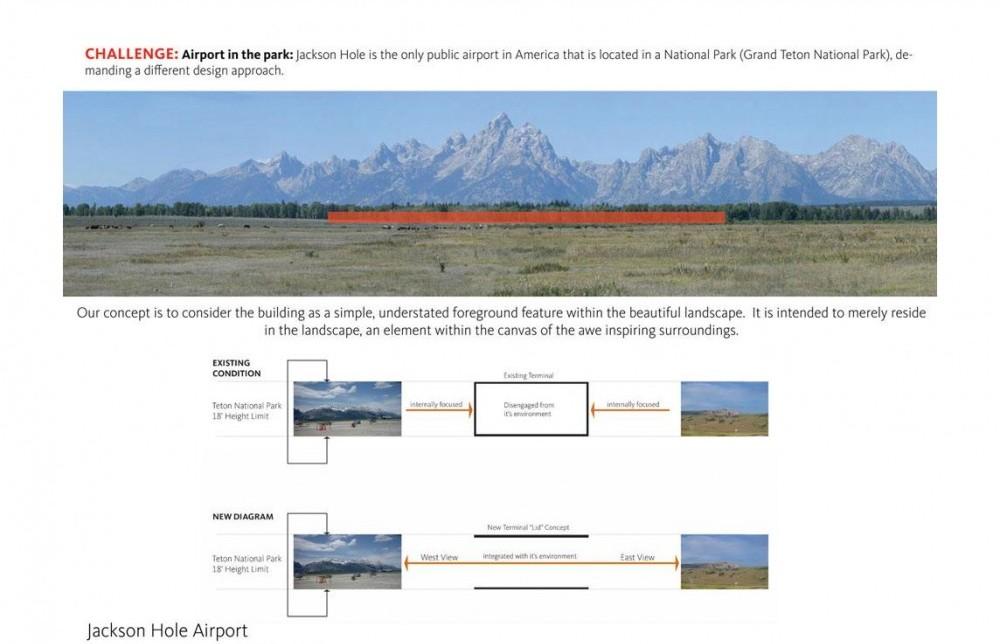 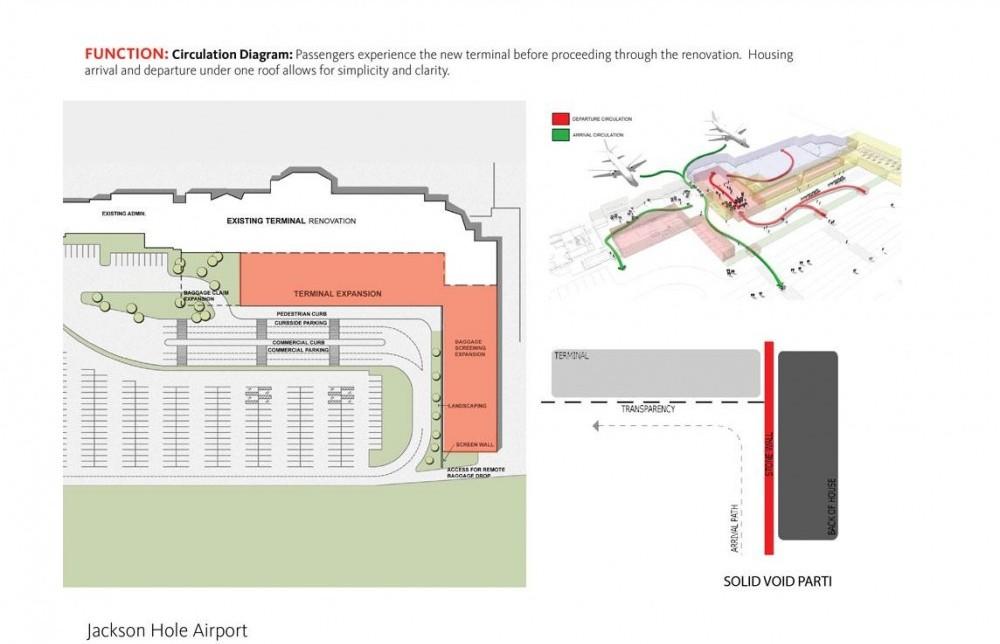 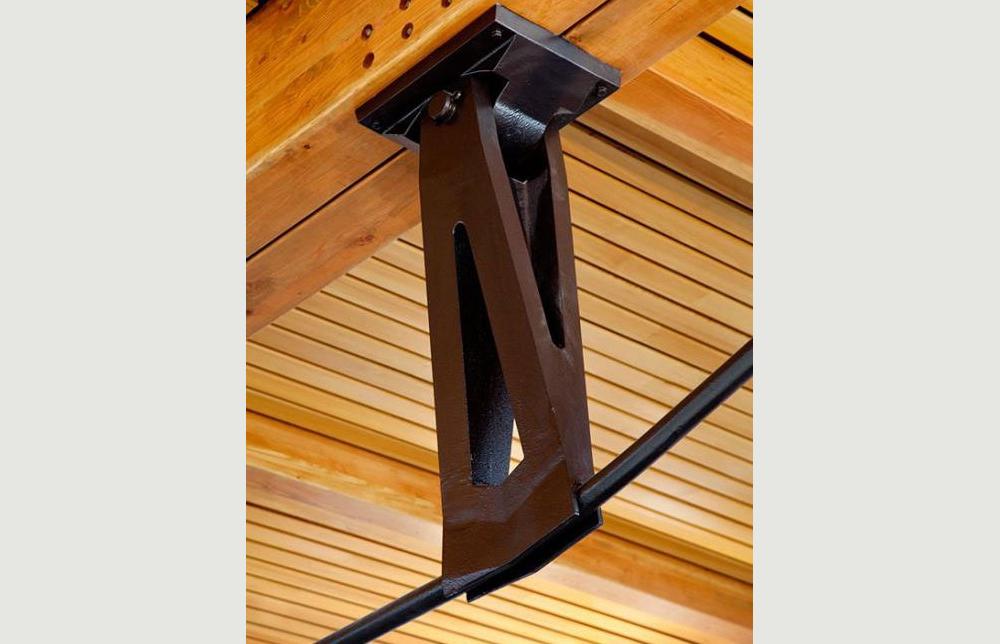 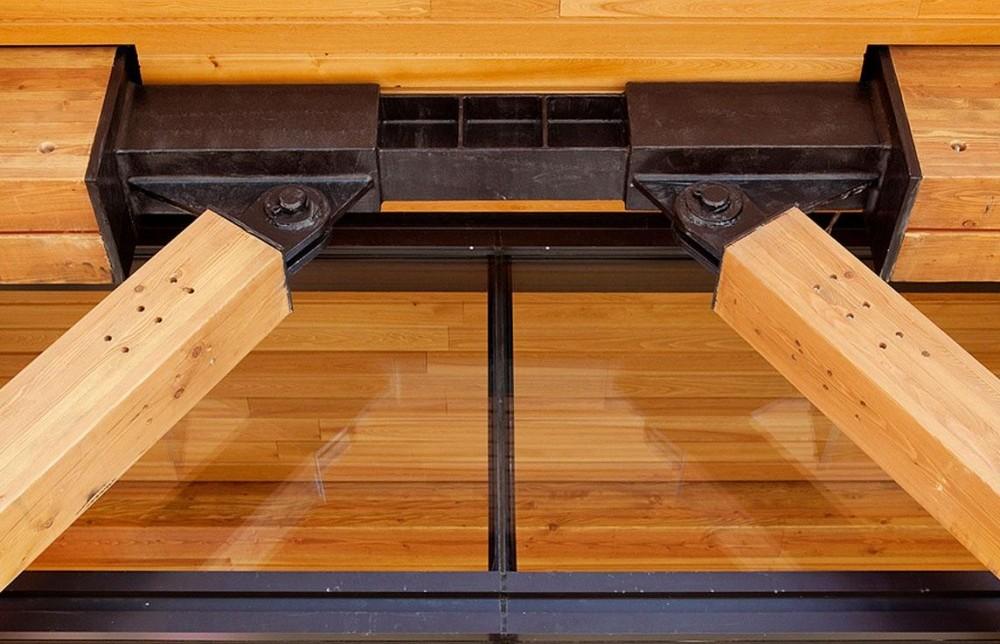 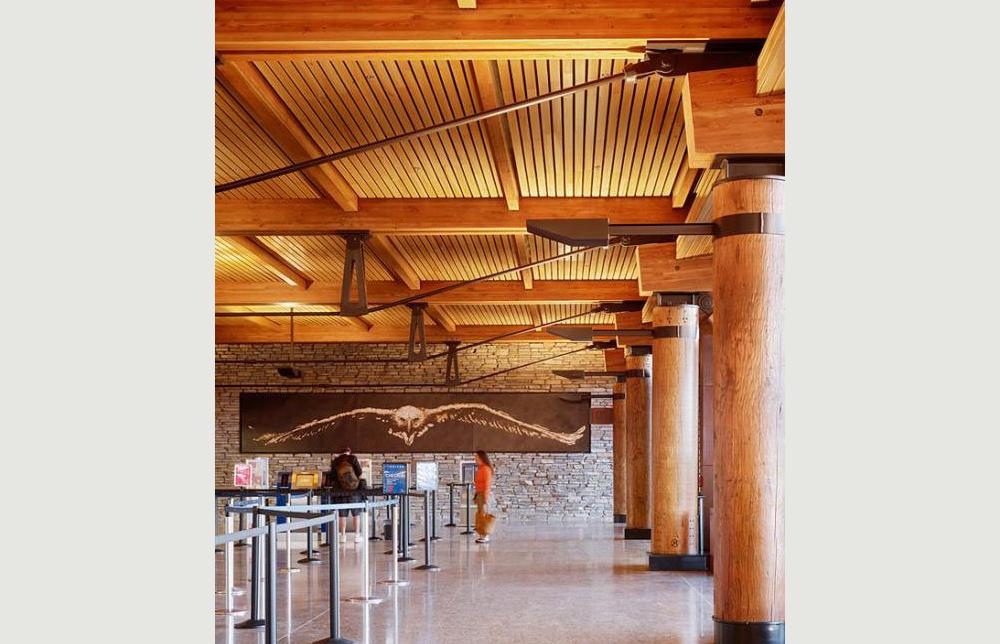 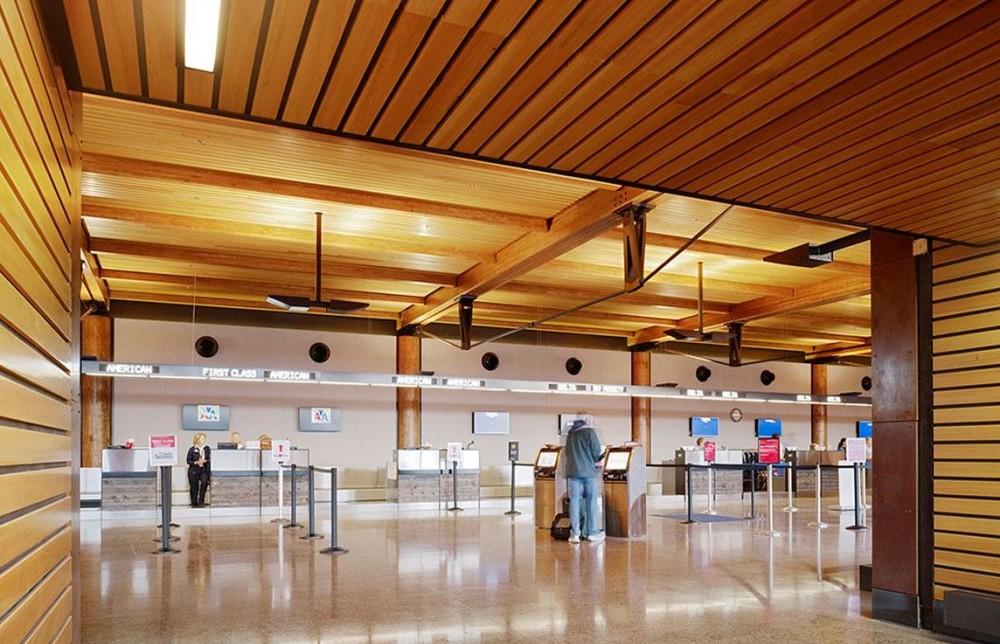 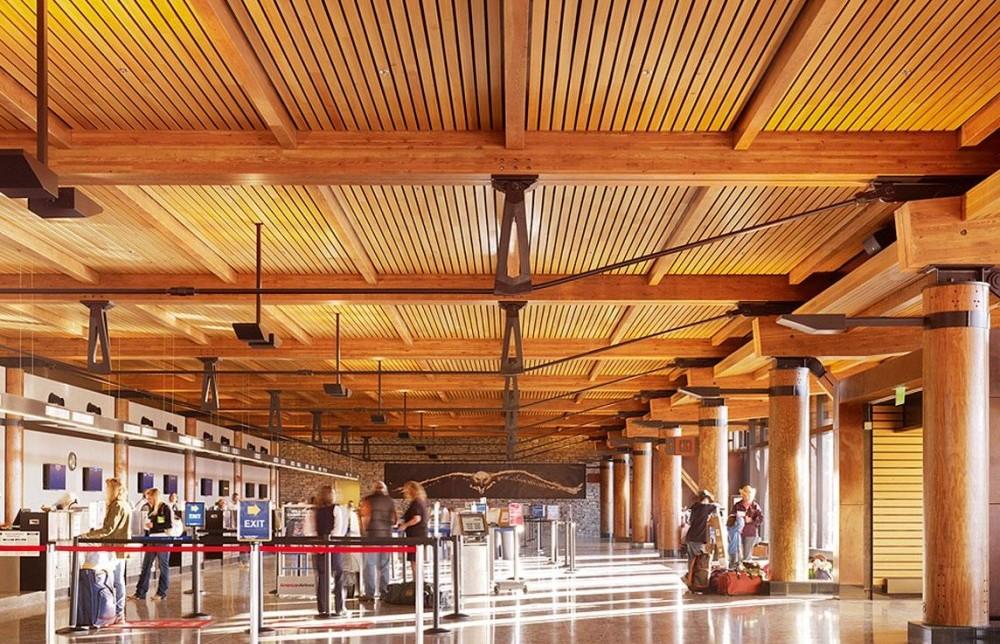 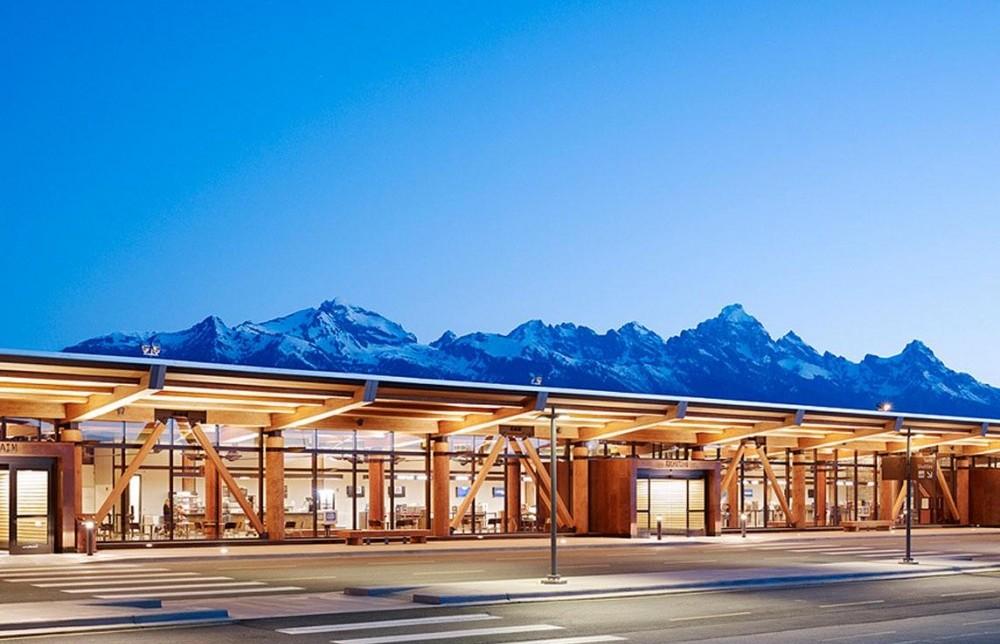 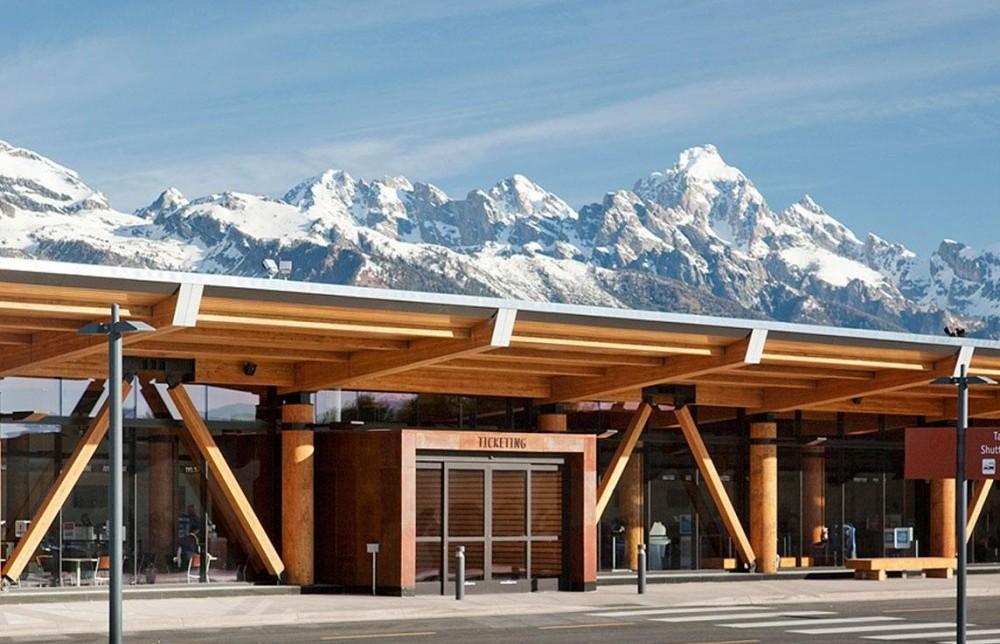 Carney Logan Burke Architects and Gensler Architects collaborated on this airport project that entailed an approximately 110,000 sf two-phase expansion and renovation of the existing Jackson Hole Airport in Grand Teton National Park.   For the renovation component of the program, the old airport was transformed from a clustered building design into an open, well-lit, and highly functioning space that is efficient and sustainable, but still retains the motifs and regional character of Jackson Hole, rather than taking on the more generically modern design traits of an urban airport. The program expansion includes such improvements as a new ticketing area, an enlarged holding room and baggage handling facility, and improved security screening.   The project team made the new airport a model of environmental responsibility, with a LEED Silver rating. As such, various sustainable strategies and materials are incorporated; for example, low-flow plumbing fixtures, regional and recycled materials, and Forest Stewardship Council-certified timber. Low-emitting adhesives, paints, and carpets also maintain a high standard of human healthfulness for airport occupants.

The Airport is a visitors’ first and last impression of Jackson Hole and is also an important symbol within the tight-knit local community. It was important to the client and the community that the design be rooted in Jackson, Wyoming, reflecting its mountain environment and western heritage.

Jackson Hole is the only airport in the United States situated in a National Park. Grand Teton National Park has strict boundary limitations and an 18’ height limit establishing a challenging framework for design. Environmental responsibility is part of the cultural awareness of Jackson and the goals of the Airport: as a result the project achieved LEED Silver certification. The exquisite beauty of the landscape and the sheer scale of the Grand Teton Mountain Range are overwhelming and humbling. Our concept considers the building as a simple, understated foreground feature within this beautiful landscape. The concept establishes a rich dialog between interior and exterior, opening up the terminal to the expansive views to the east and west.

The Jackson Hole Airport distinguishes itself from typical airports with its regional design approach, intimate scale and breathtaking surroundings. The sustainable attributes of the design pave the way for Jackson Hole to be one of only a handful of LEED certified airports in the United States.