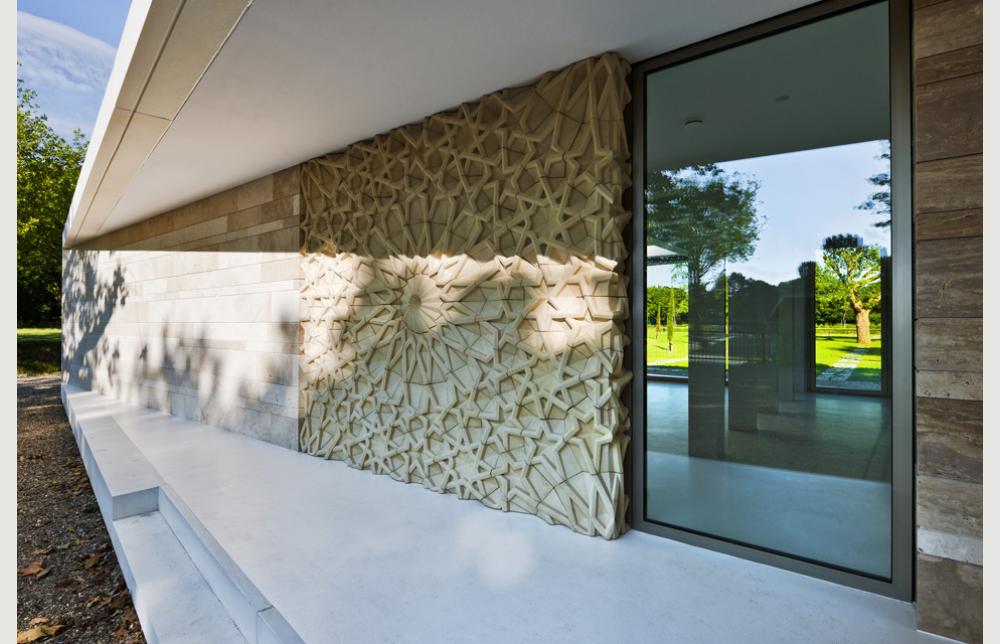 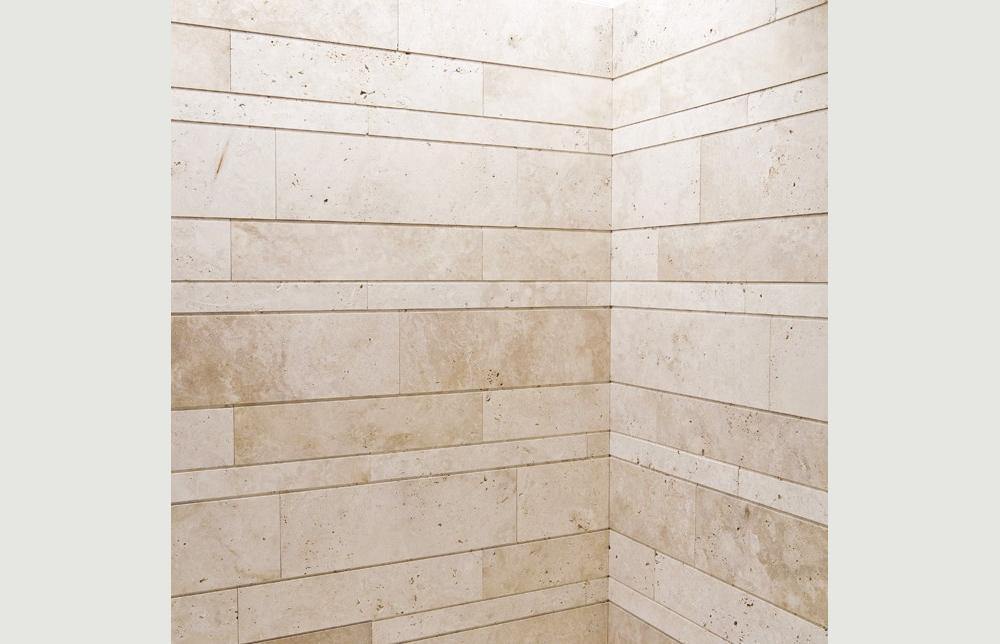 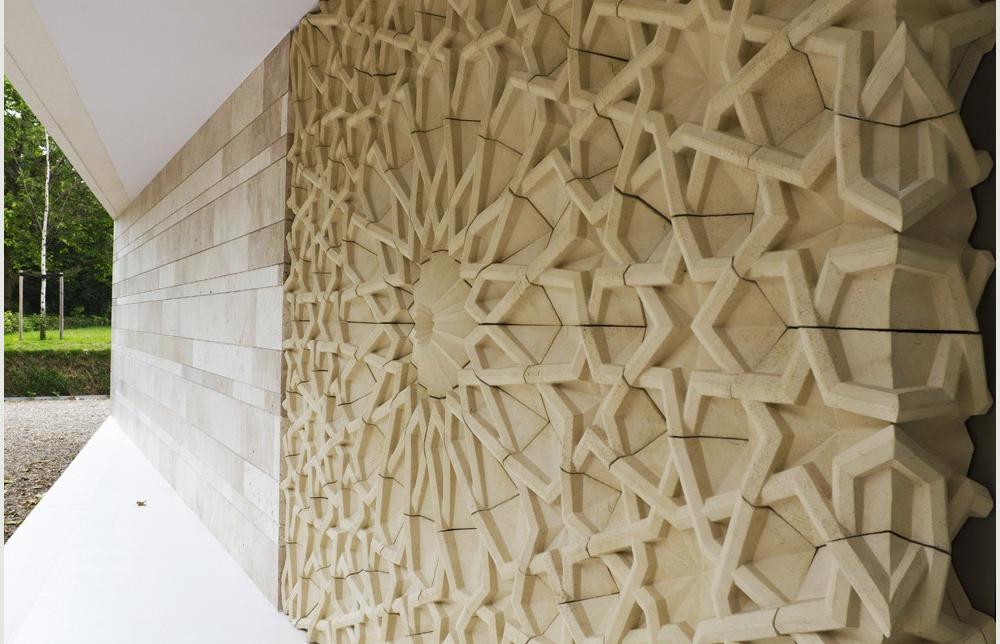 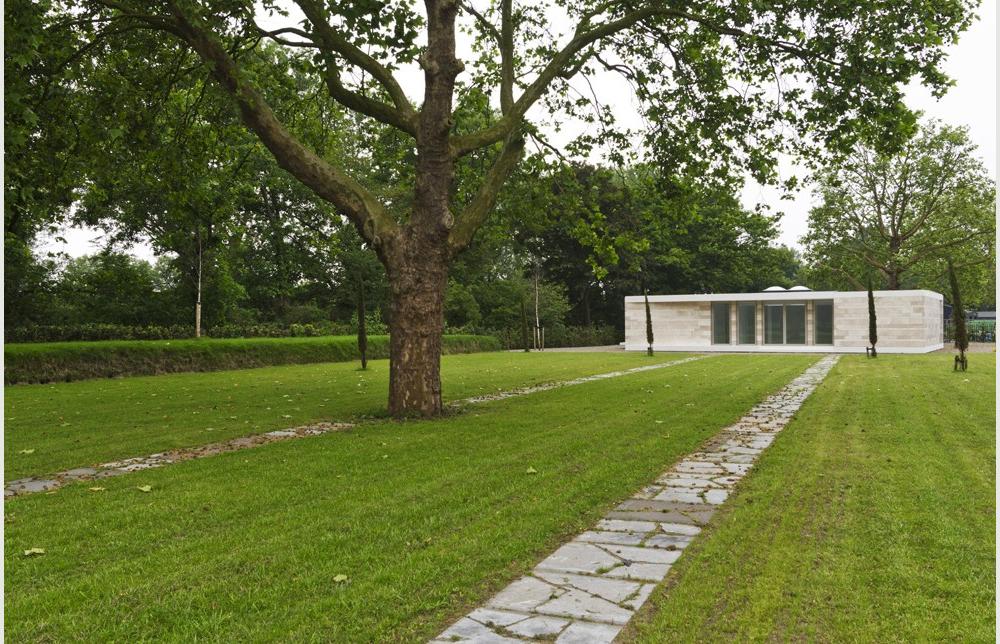 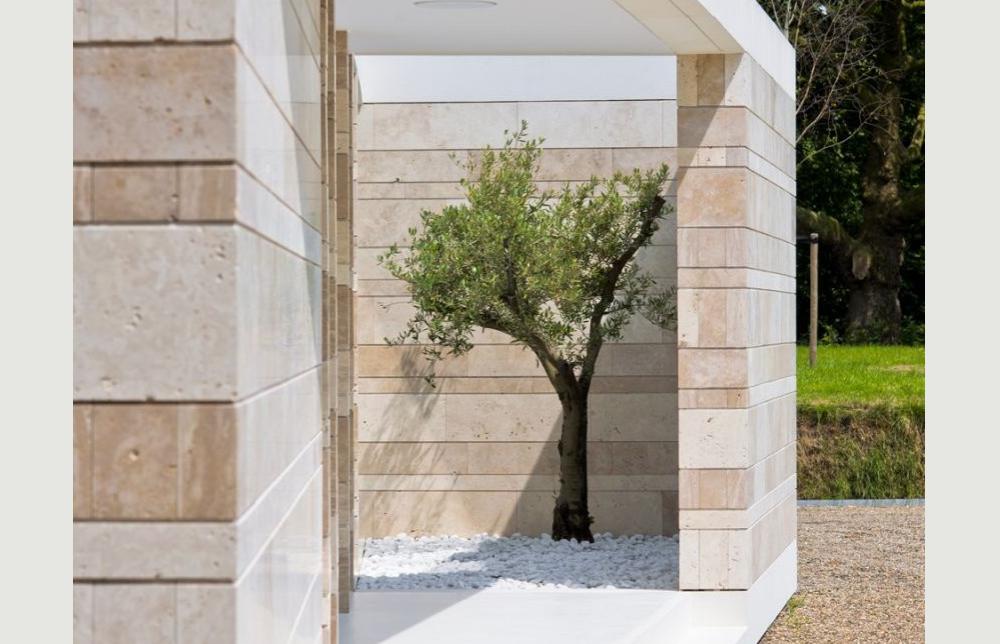 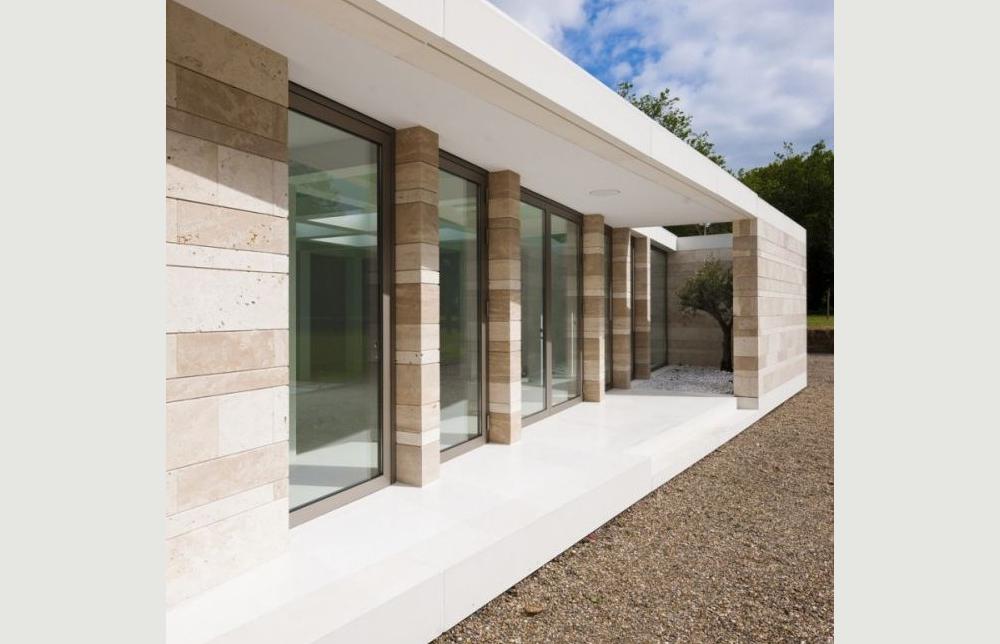 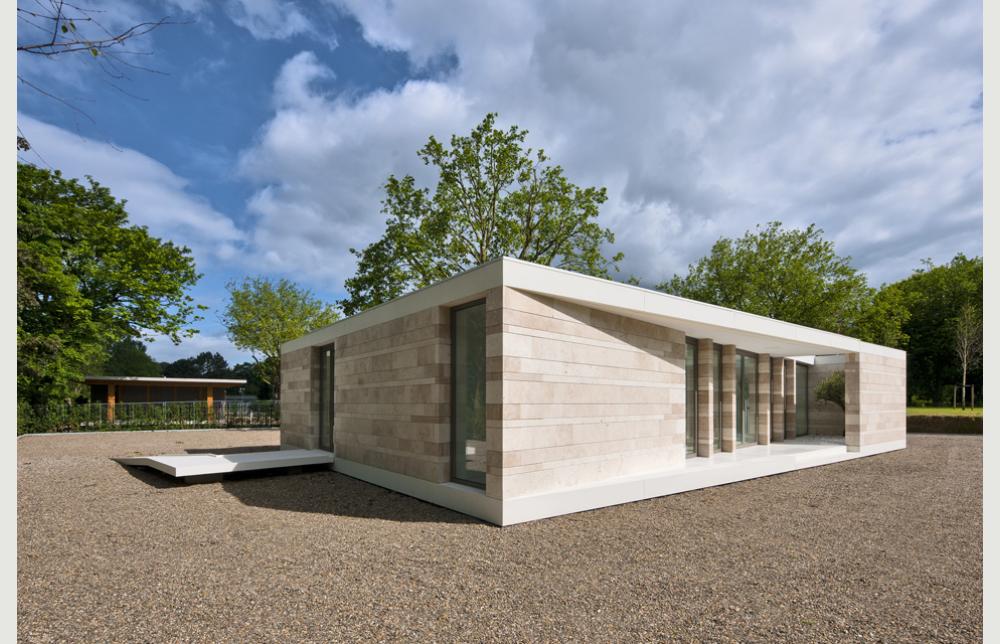 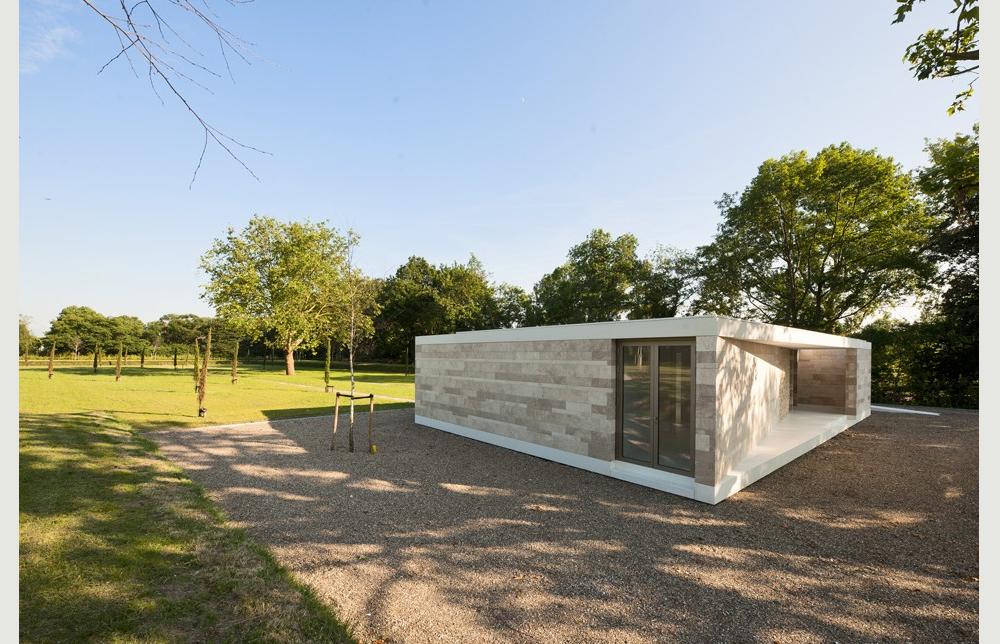 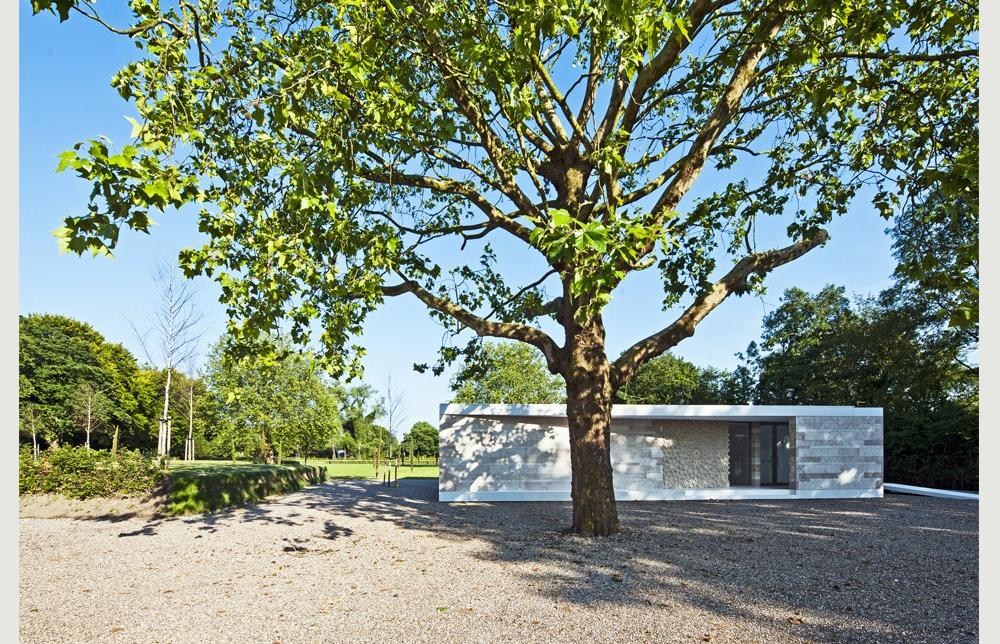 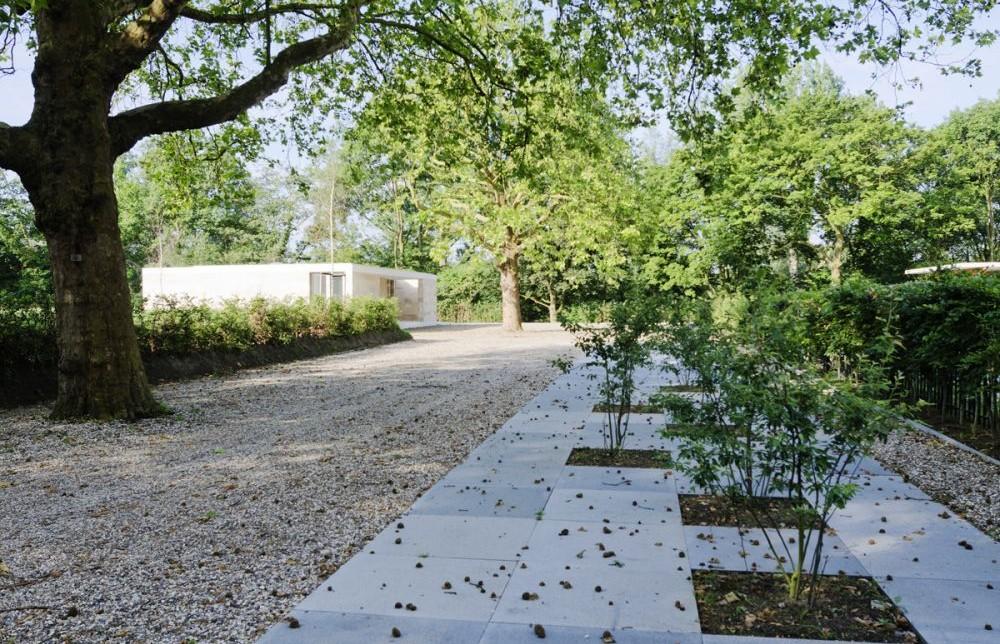 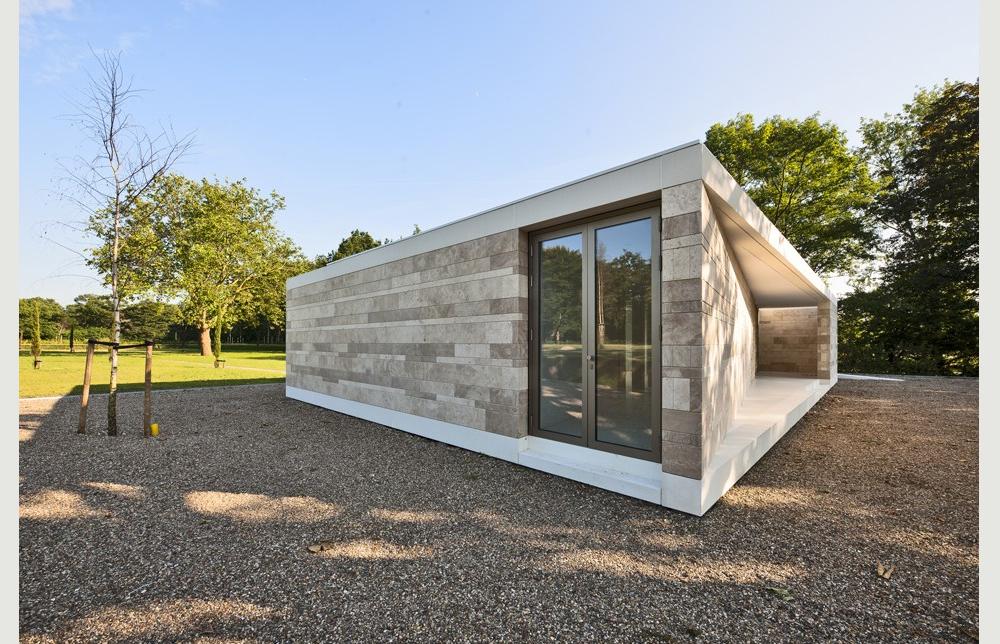 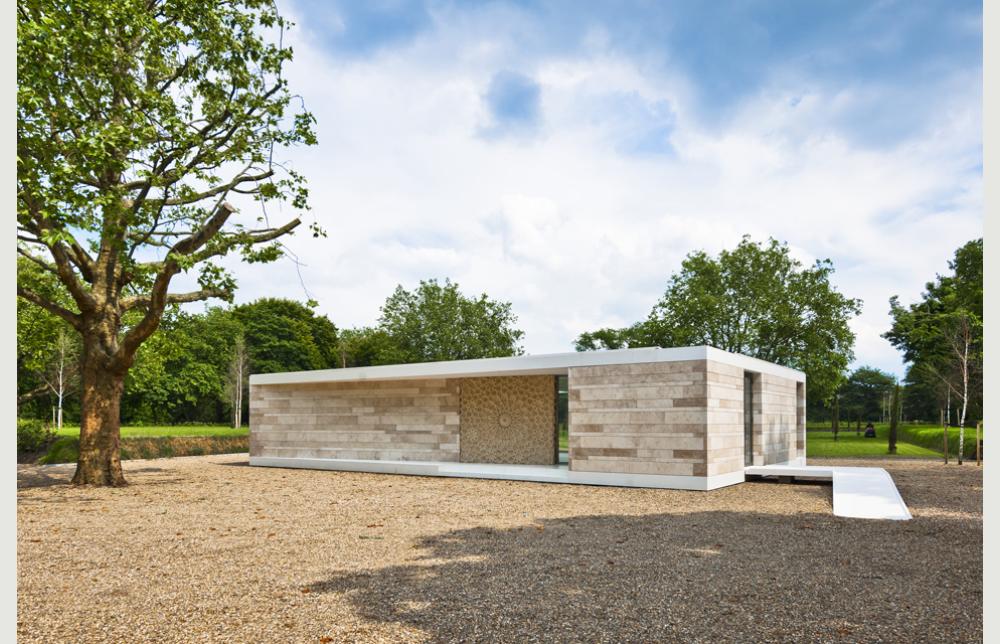 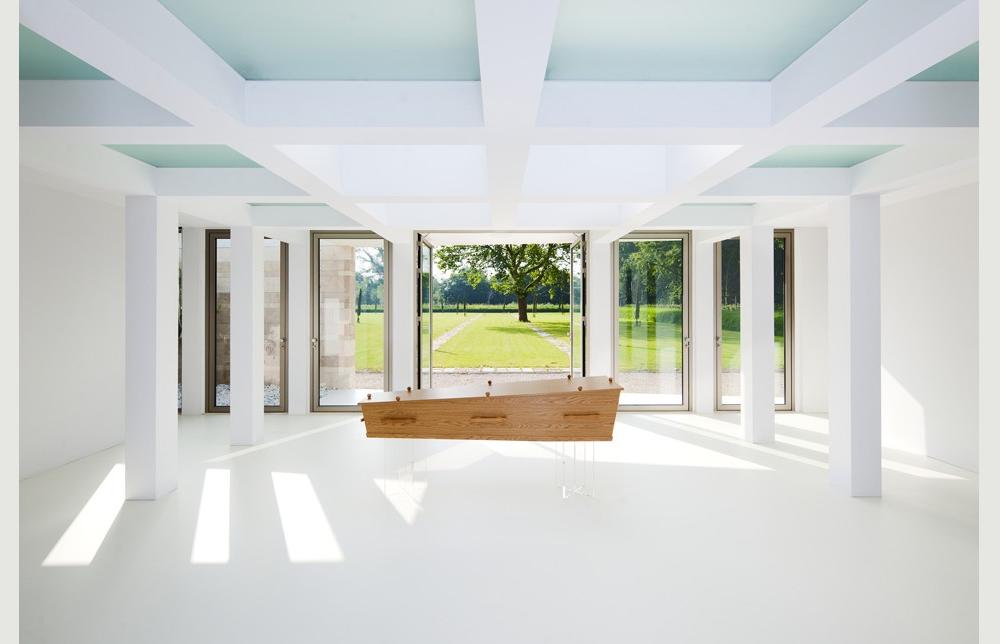 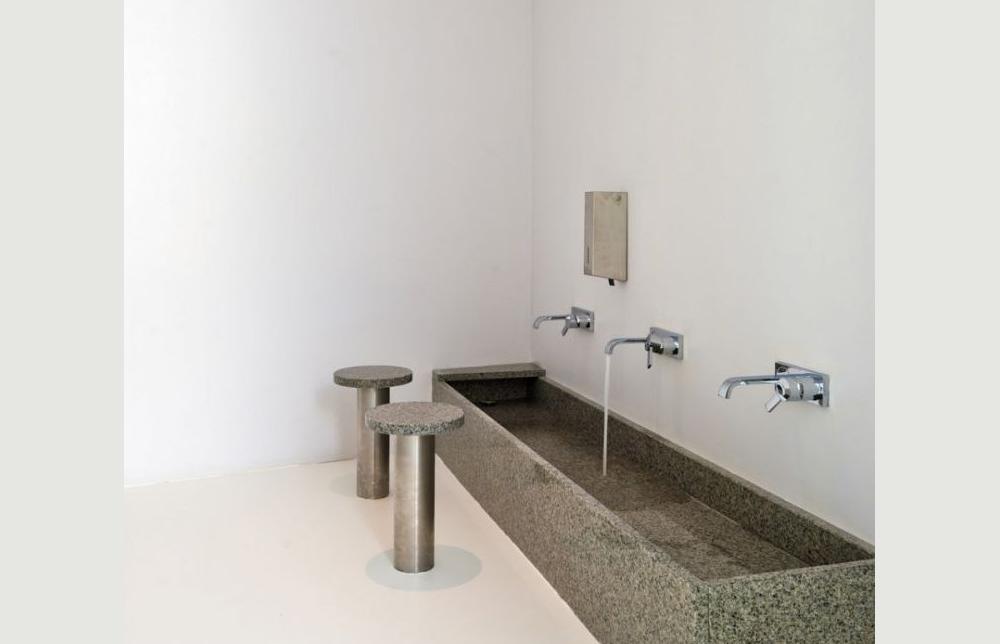 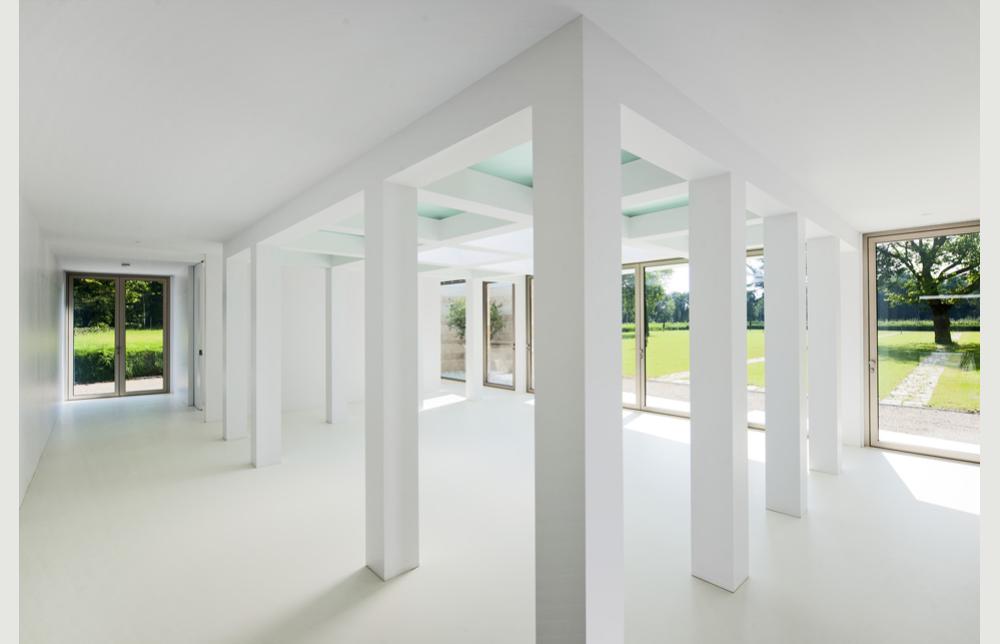 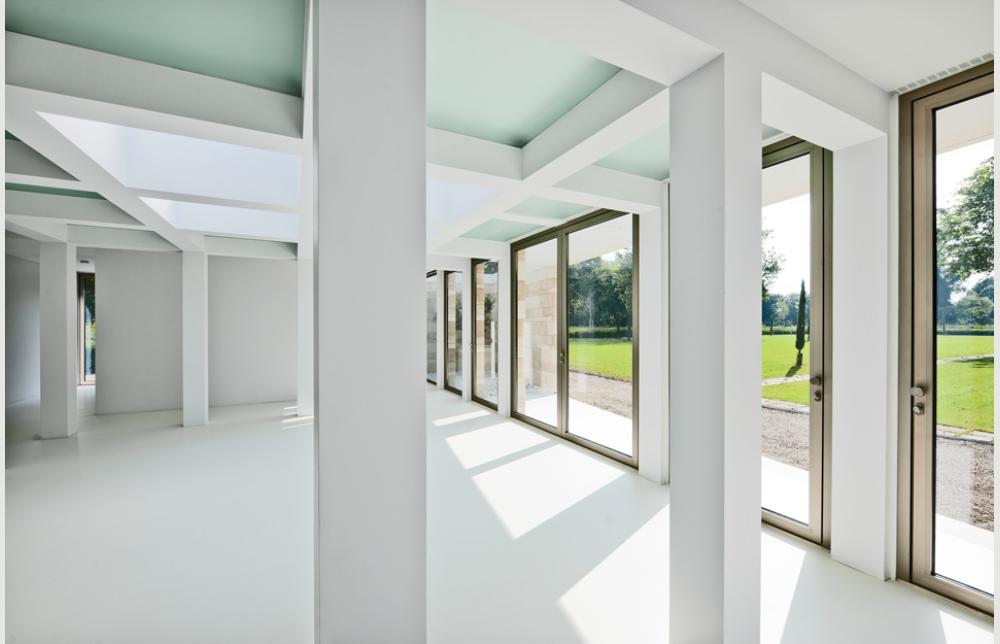 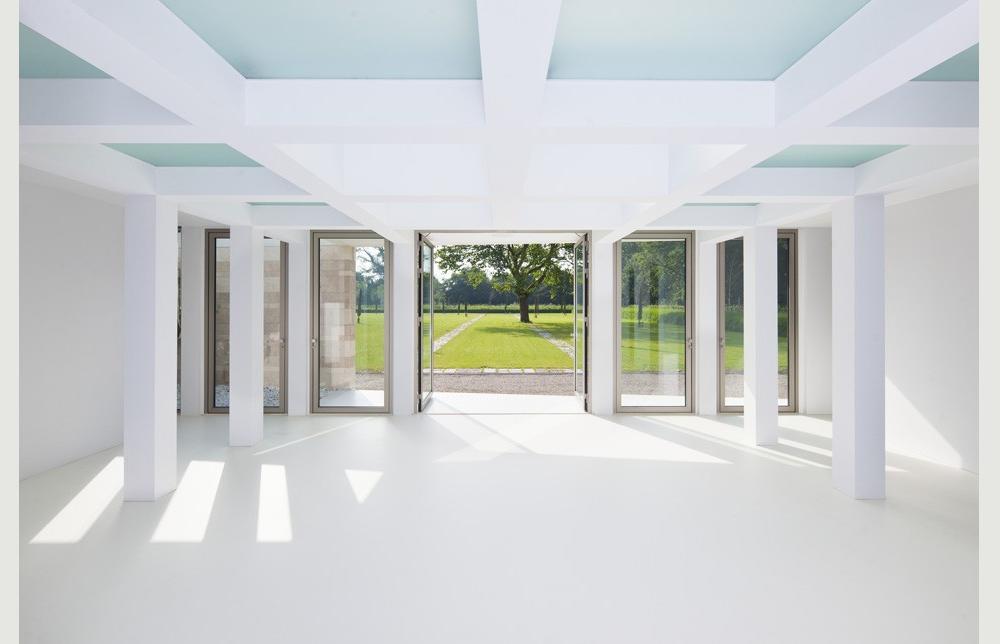 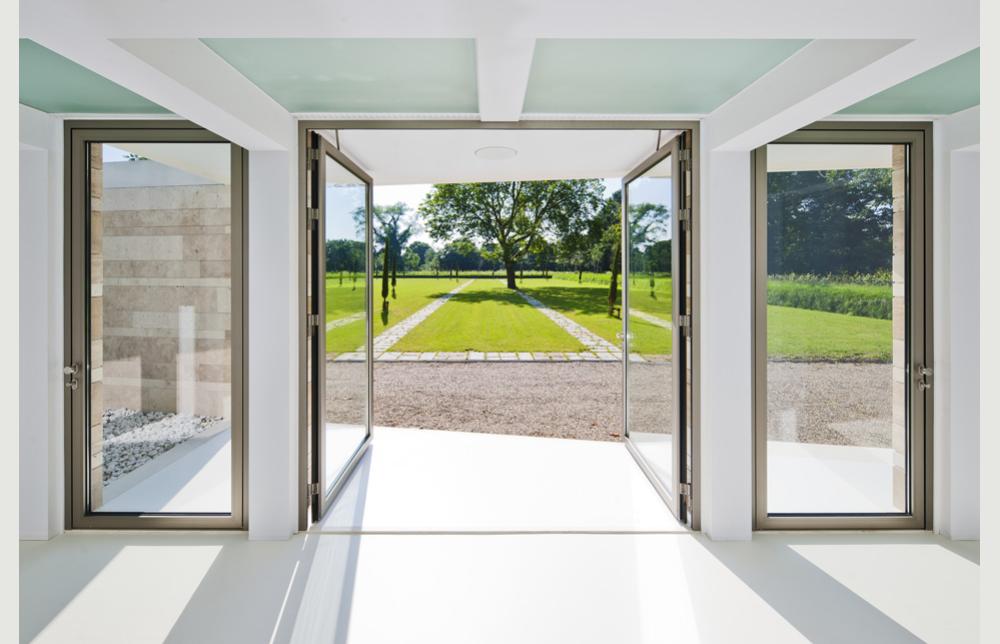 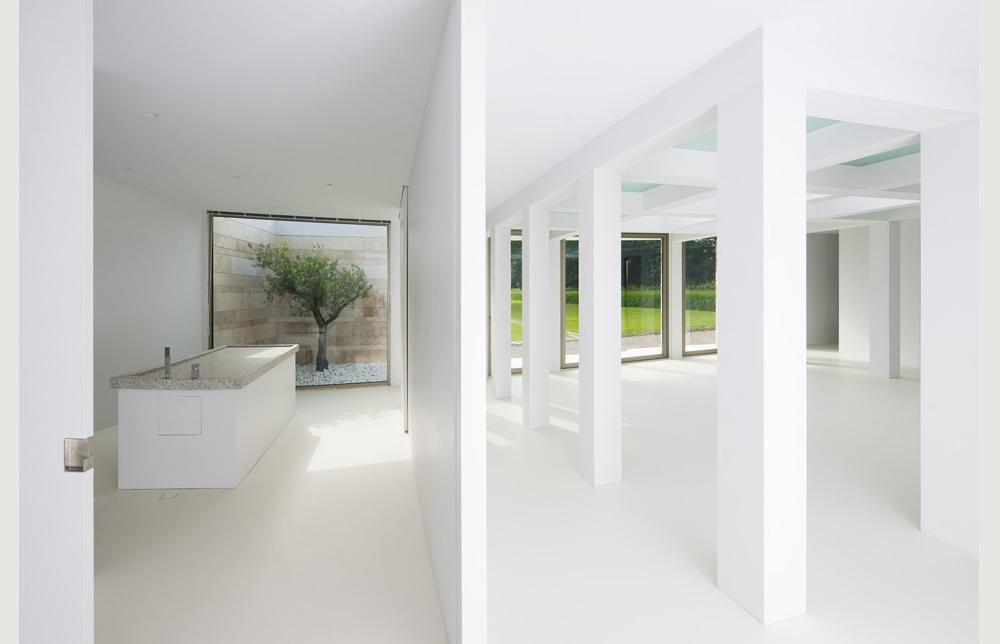 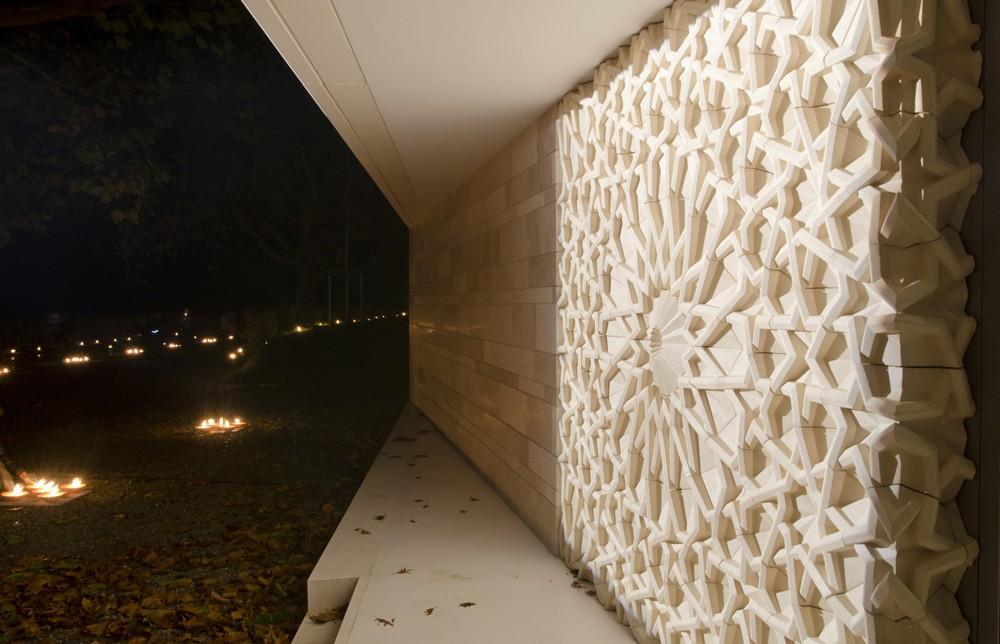 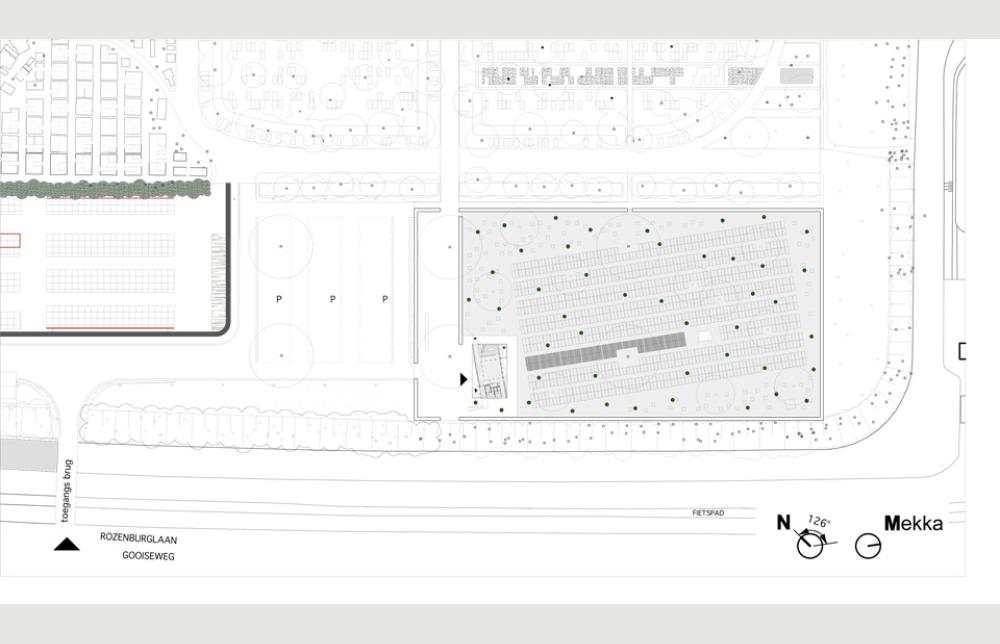 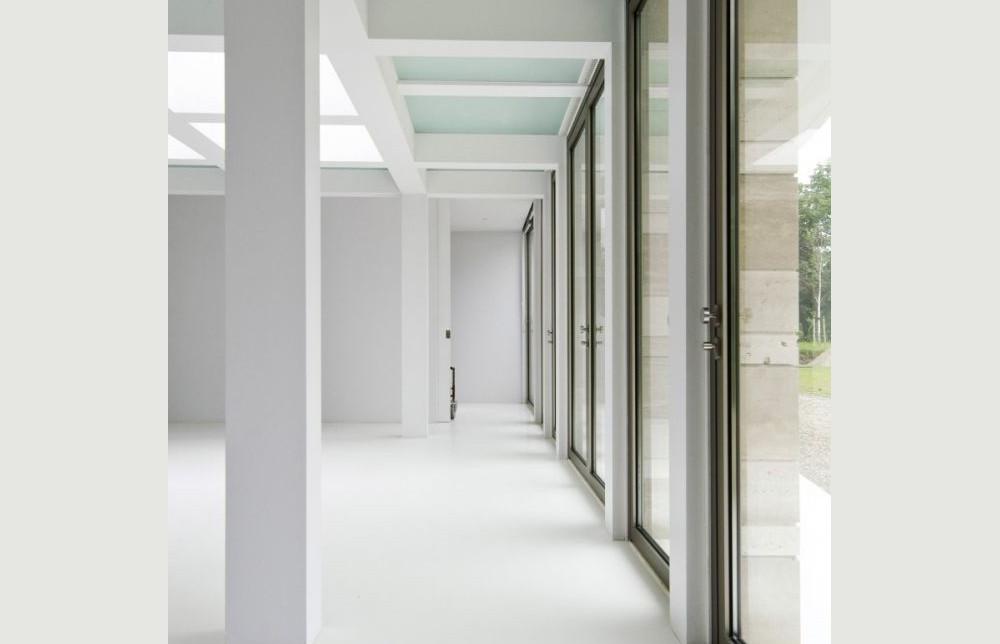 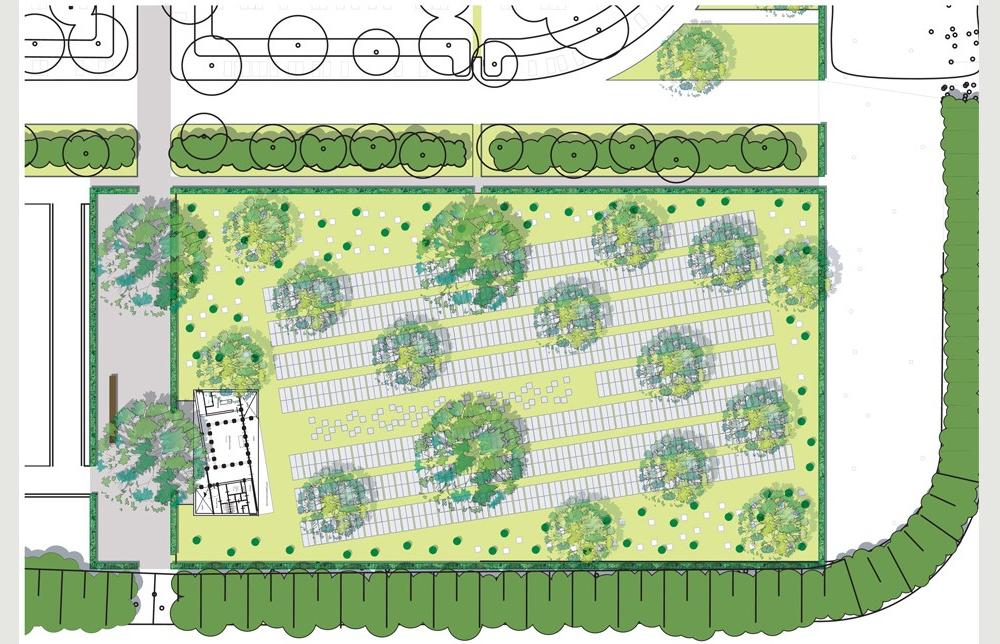 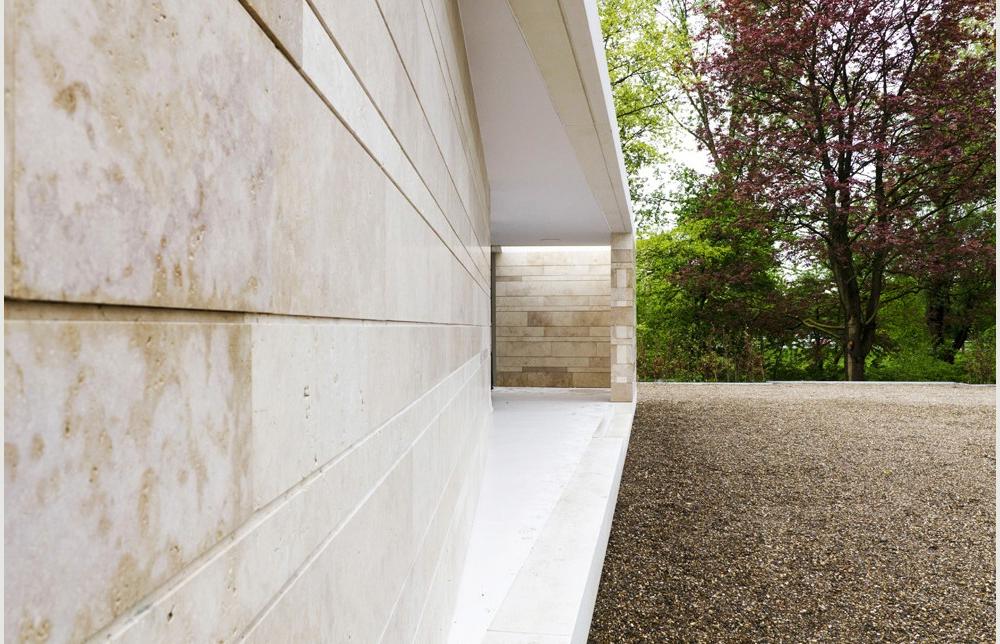 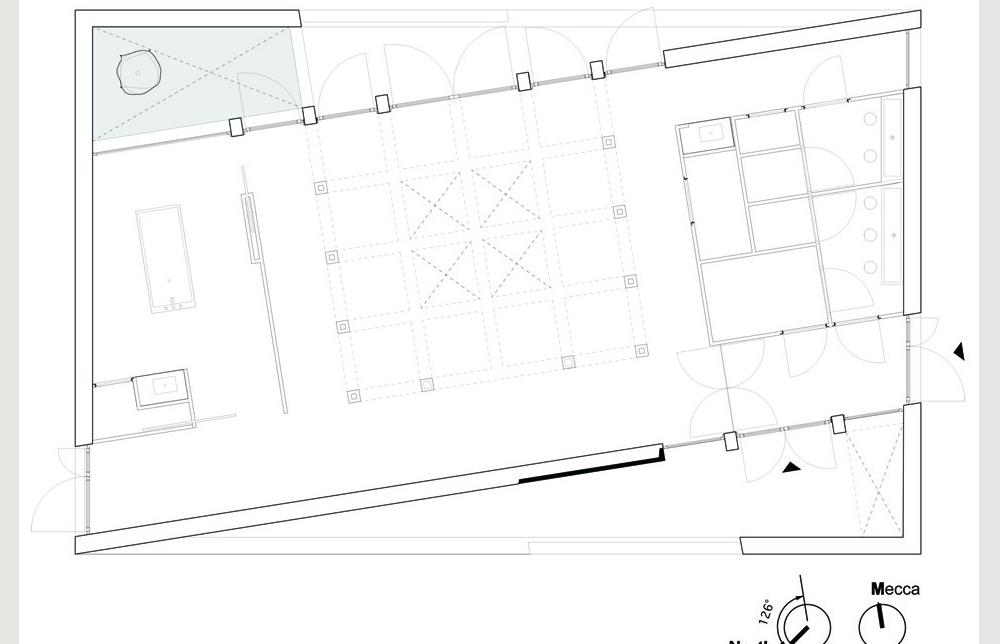 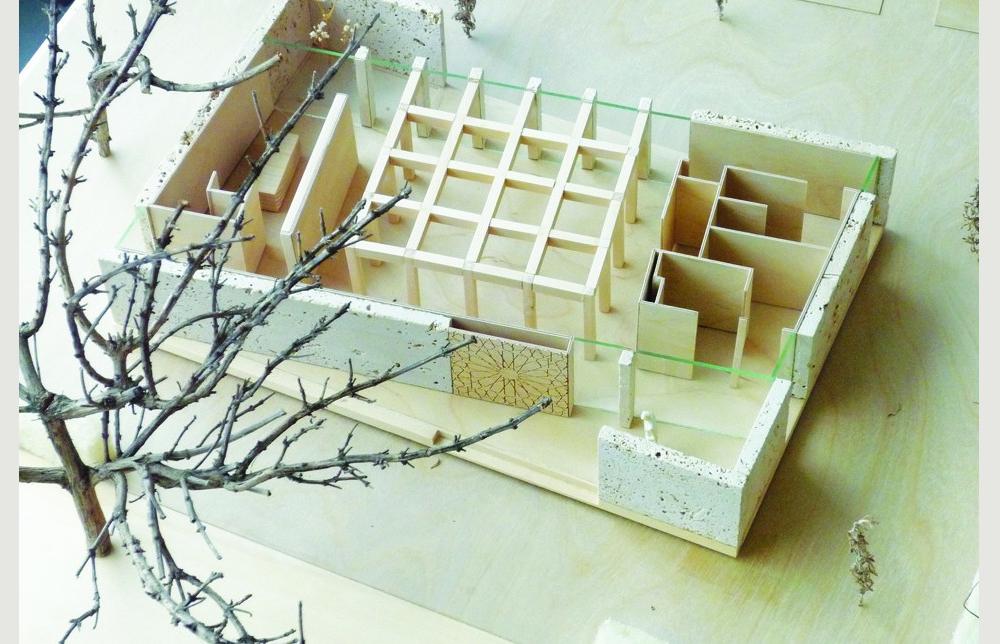 Islamic Funeral Pavilion, Amsterdam On The New Eastern Cemetery in Amsterdam this year the first Islamic funeral building in the Netherlands is realized with full facilities allowing a dignified farewell and bury. The new Islamic cemetery next to it is also the largest, general Islamic burial place in the Netherlands, with space for about 1400 graves. The building was designed by Atelier PUUUR. The new Islamic cemetery located in the southwest corner of the New Eastern Cemetery, with the new, second entrance on the Rozenburglaan. The pavilion that facilitates to a number of functions for Islamic burial rituals. From the beginning of the project Muslim organizations of diverse ethnicities were involved in the development. Special is that they all are united for the first time, in the Platform Islamic Burial Amsterdam (PIBA), where Turkish, Moroccan, Surinamese, Indonesian and Pakistani Muslims are represented. With the construction of this place for Dutch and Amsterdam Muslims with a private funeral building, which meets the required facilities for the Islamic burial rites, a marker is formed for the integration of the Muslim community. The advent of this place is an essential contribution to the city and the Muslim community in Amsterdam. The model of the building has recently been included in the collection of the Amsterdam [Historical] Museum. Mecca Principles for the design are the axes in the park and the orientation to Mecca. These two directions provide angular contortion which is visible in the facades. The triangular spaces formed by this act as an intermediary between inside and outside. The spatial relationship between the park, the outdoor spaces and the interior is essential. The transitions between them are kept in a gradual manner, by the introduction of the semi-enclosed outdoor spaces there are no hard boundaries between interior and exterior spaces. The Mecca-orientation is used to give the pavilion a special, spatial perception. The pavilion has a closed character that ensures the desired intimacy. On the square side, the front fold inward and invites us to enter the building. On the other hand, the rear facade opens entirely at the cemetery garden through large windows and doors. Paradise The central prayer hall overlooking the long, horizontal axis in the cemetery garden. This space can also be used in addition to the prayer for personal pay homage by family and friends, which may be incorporated from the Dutch funeral traditions. The patio adjacent to the body washing space, is a reference to the paradise garden and forms a vertically oriented, tranquil location in the building. The horizontal view of the cemetery garden is juxtaposed with the vertical view of the sky – referring to the earthly opposite the heavenly. The large olive tree, which is named in the Quran, is a symbol of peace, love, faith, strength, victory and positive vision for the future. Natural light is a conscious part of the design. Like the auditorium with diffuse skylights allowing the heart of the building being lit in a soft way. In the patios both at the main entrance and patio garden, the sunlight enters through the holes in the roof inside and ensures that these spaces are always lit. By entering the building you walk always towards the light. The Turkish travertine facades are sandwiched between white precast concrete facade beams. The pavilion is slightly lifted from the ground, making it look lighter and seems to float. Infinity In collaboration with fine art artist Rem Posthuma already in the design phase of the building a wall mosaïc of ceramics is developed for the front façade. This kind of early cooperation is particularly, the work of art is therefore precisely integrated into the facade and is a reference to the Islamic ornamentation. The infinitely continuous patterns are a reference to the infinity of the soul, since Islam is based on a general resurrection of mankind on the Day of Judgement. Placed next to the entrance this forms the point of recognition and invites being viewed and explored from a distance and up close. The cemetery garden was designed by Karres en Brands Landscape Architects. The long axis in the middle of the garden pionts in the direction of Mecca, and integrates seamlessly into the interior – the auditorium – and the building. credits to: Furkan Köse, architect Karres & Brands landscape architects Rem Posthuma, fine art artist photos: Teo Krijgsman