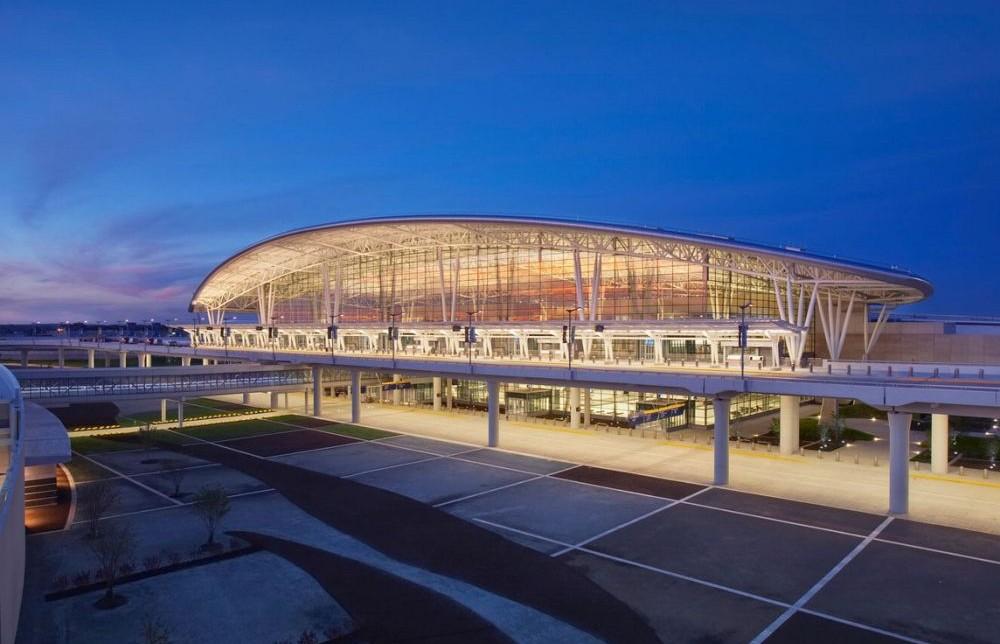 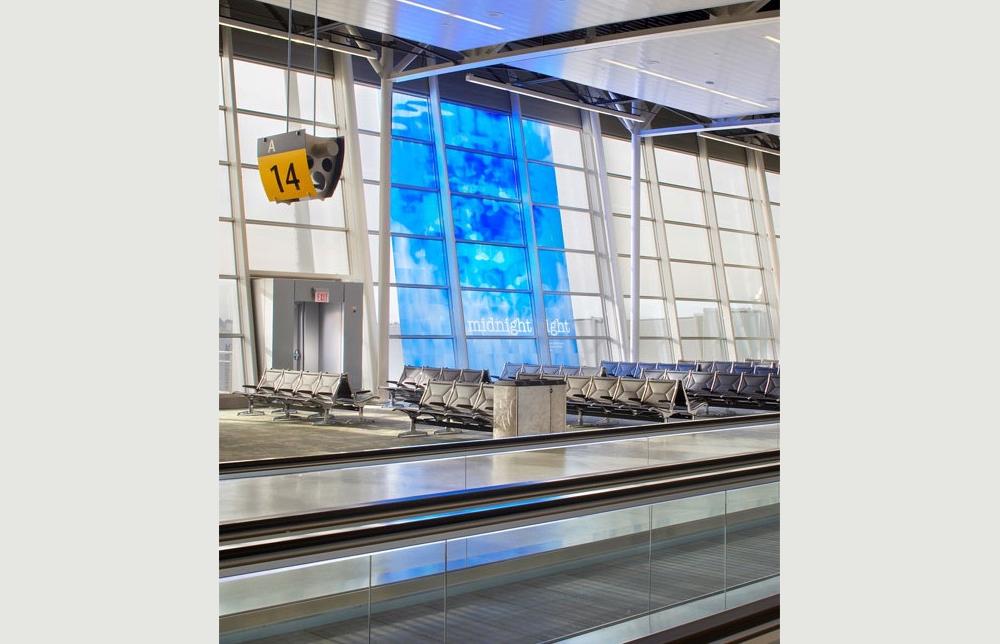 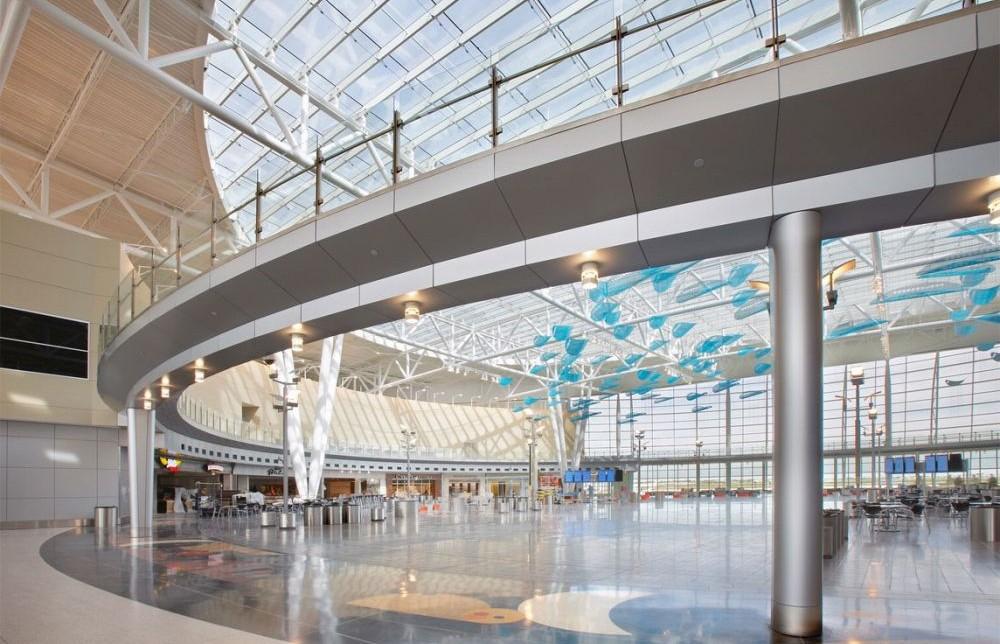 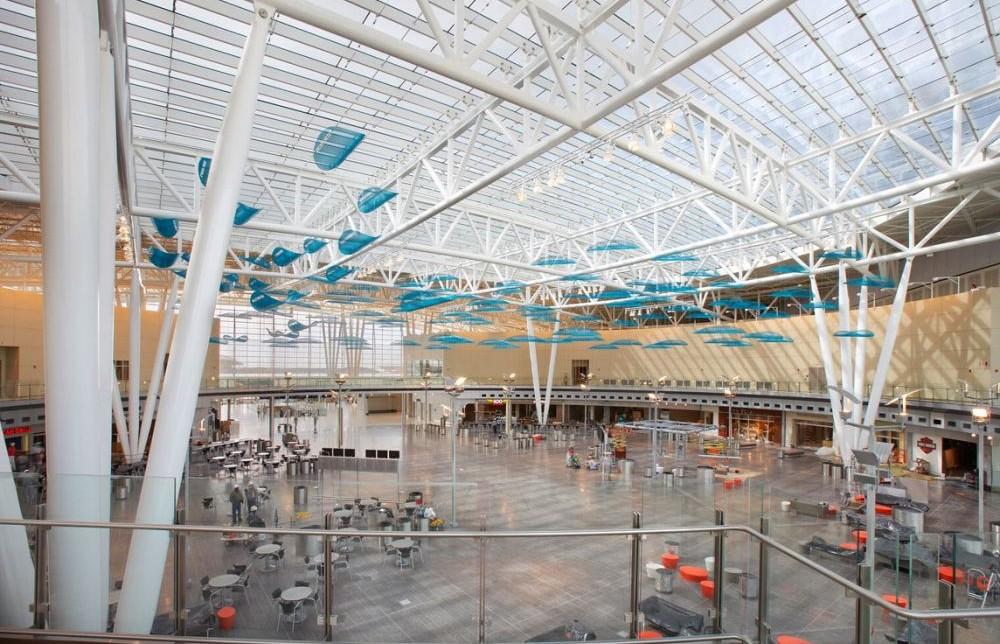 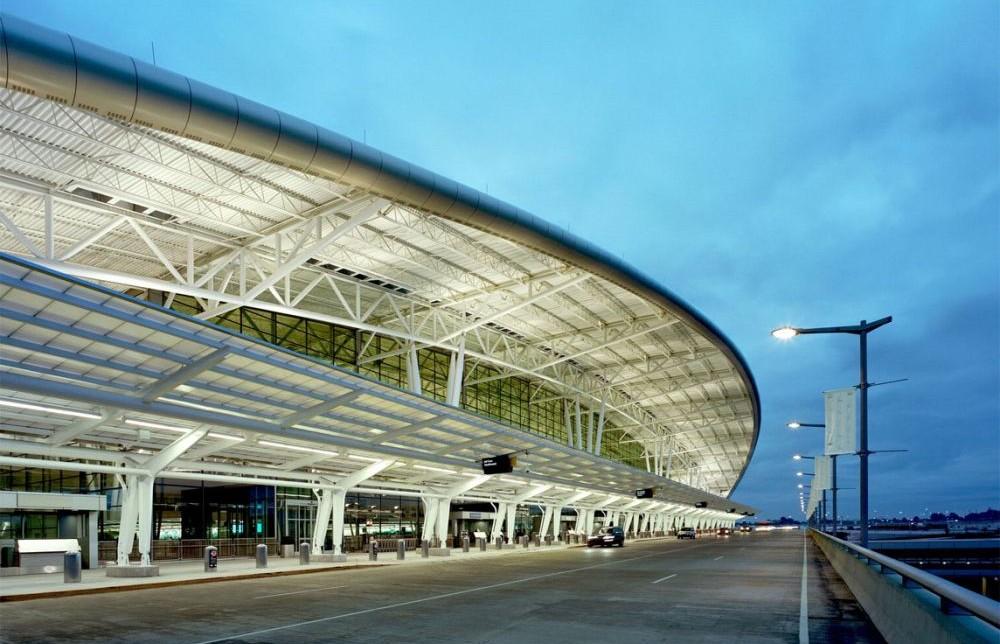 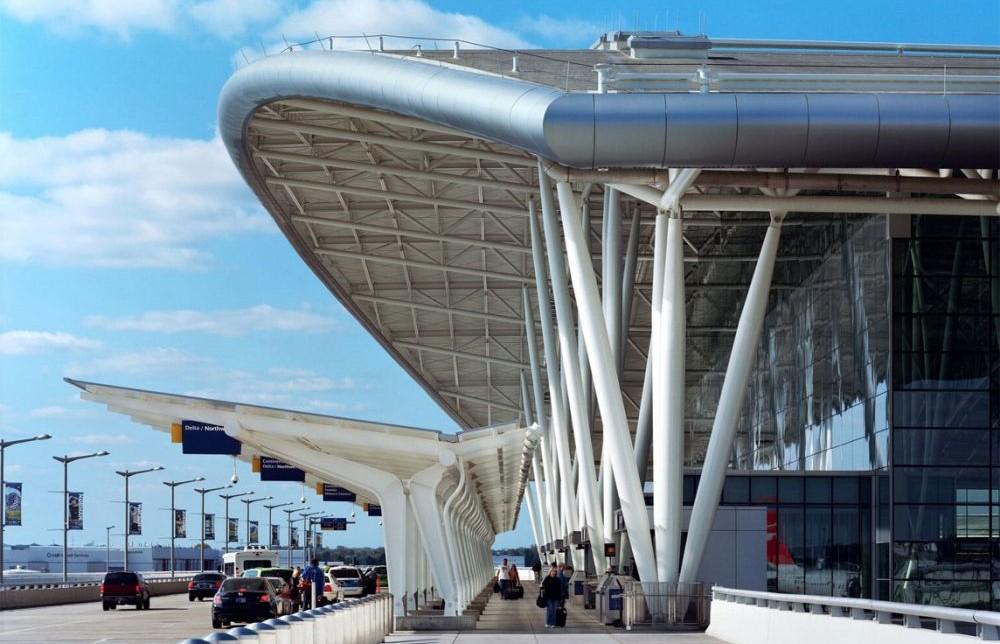 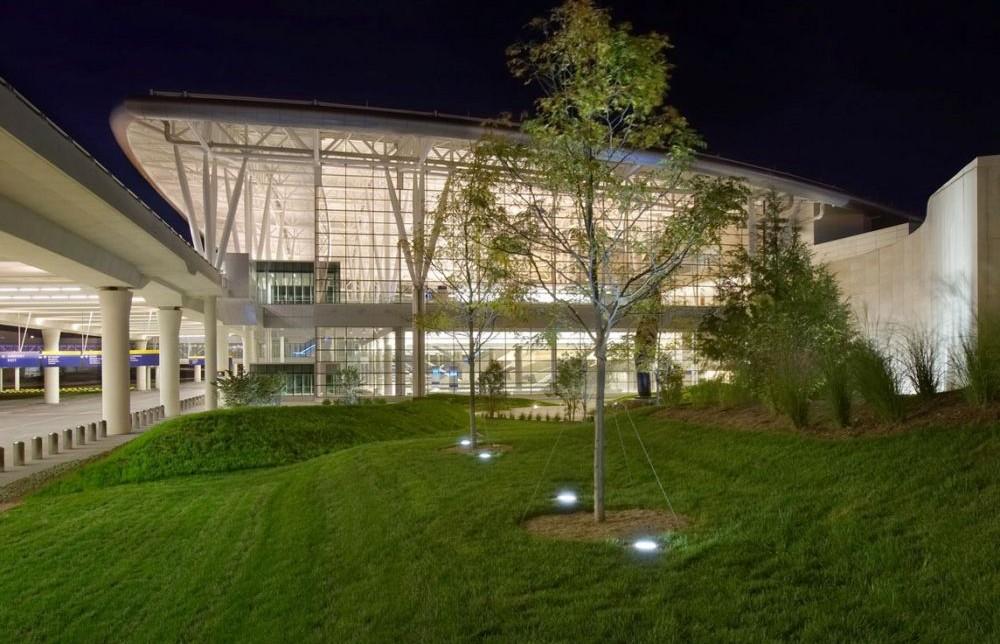 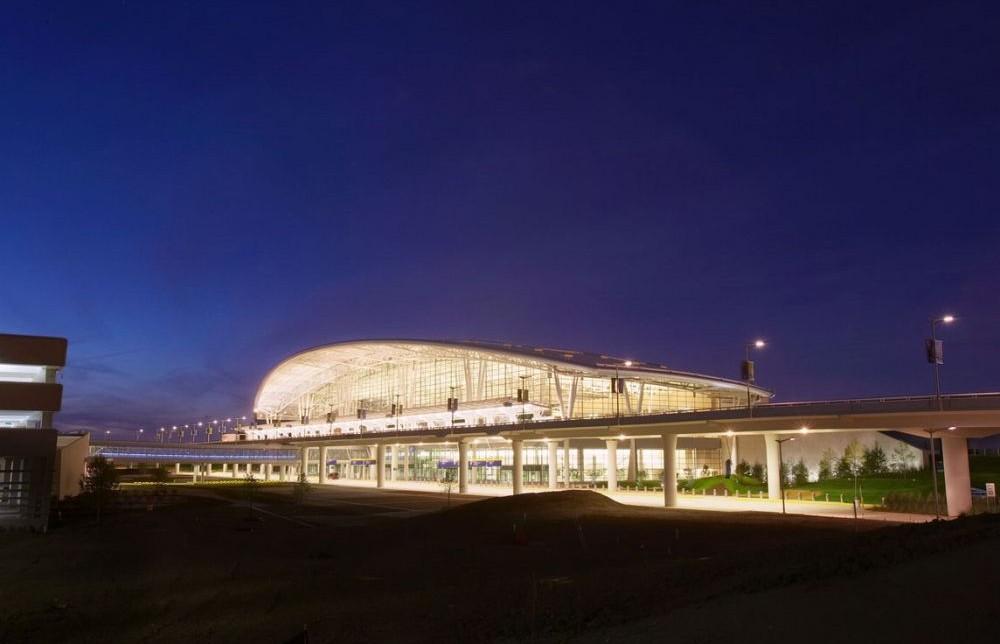 The design for this airport terminal aspires to create a spectacular gateway for visitors, a valuable civic asset for the region and a redefinition of what a 21st-century airport can be.

The design acknowledges that international airports are often the travelers first and last impression of a metropolitan area. A dynamic spatial and sculptural form manifests three primary objectives. First, the terminal acts as a monumental gateway, with an arch in the transverse section creating a threshold. Second, the terminal celebrates the event of flight, as the longitudinal section elevates at the landside, descends at security and rises again to airside. Finally, the terminal is a high-performance building, bearing a refined and tailored roof with apertures sized to create natural light, reflect heat, channel water and harness airflows that draw clean air through the terminal.

Befitting the Indianapolis Circle City nickname, the heart of this terminal is the grand Civic Plaza, marked with a hyperbolic skylight 200 feet in diameter. This space is the circulation nexus of the airport, and its grandeur celebrates the intense social interaction that occurs here. A nod to Monument Circle, the center of downtown Indianapolis, the skylight offers natural light to the main gathering space, bringing the landscape of the sky inside.

The front ticketing hall rises to 82 feet in height while Civic Plaza is 60 feet tall. The corresponding two curtainwall assemblies connect the traveler to Indianapolis via panoramic views of the environs, sky and a glimpse of downtown five miles away. The natural light entering through the glazed facades enhances the impression of an outdoor city square and creates a relaxed, social atmosphere.

The entire facility was designed with an intuitive layout that facilitates a seamless transition from ground to air and vice-versa. With 40 gates on two 110 foot-wide concourses, passengers are always in touch with their destination via the sloped roof line reminiscent of an airplane wing.

In addition to establishing new paradigms for security, the design creates a terminal that reaffirms the importance of vital public space, robust human interaction and the marvelous event of flight. This new terminal turns process into procession.