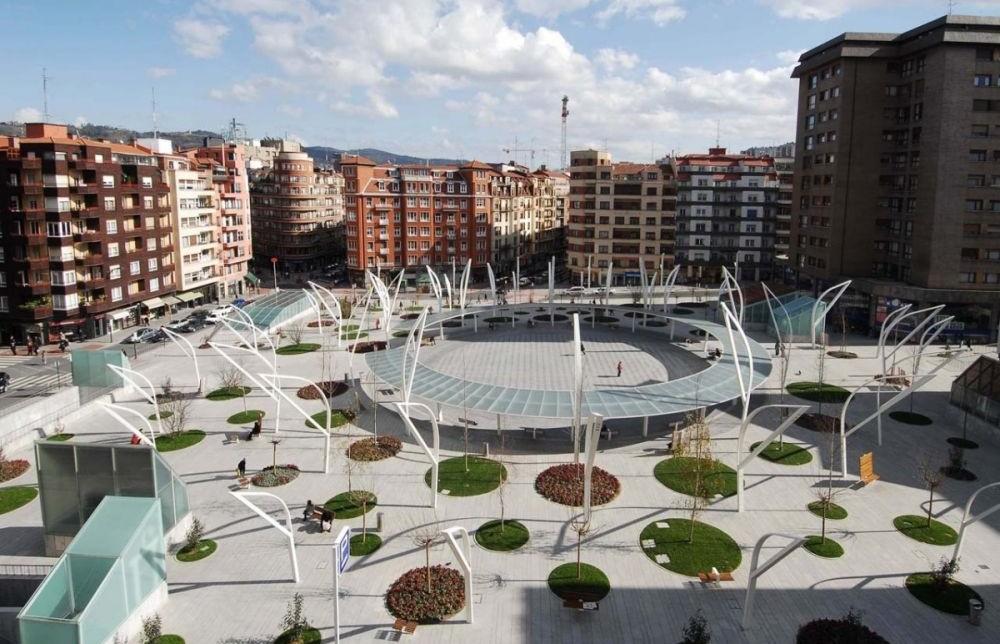 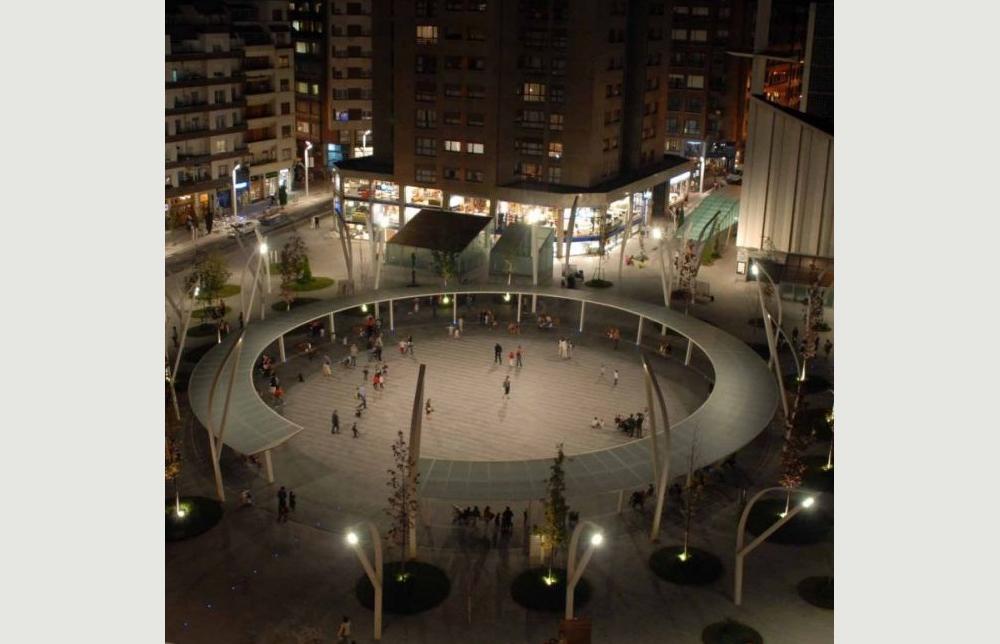 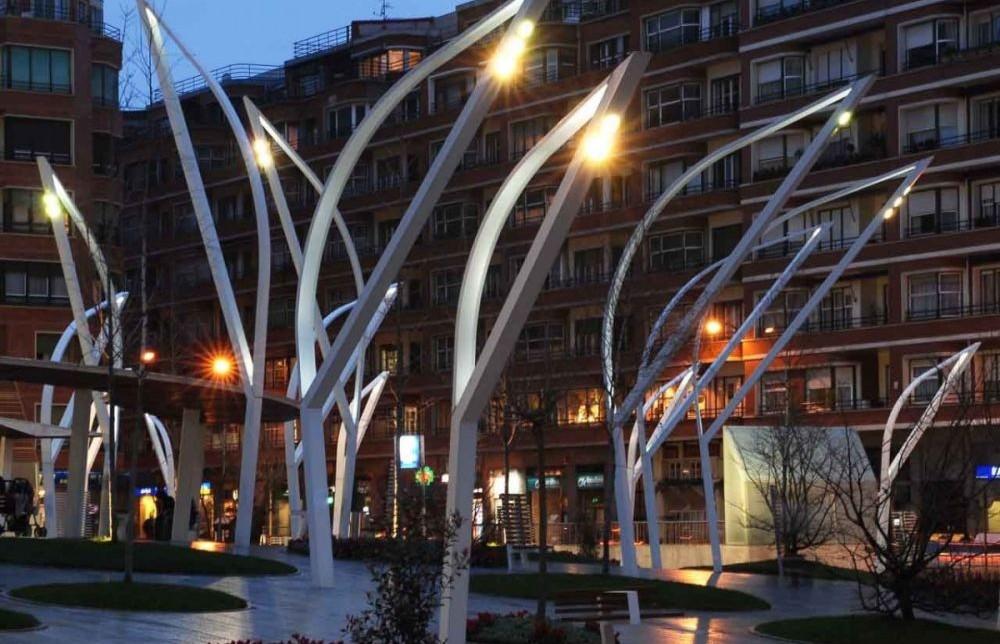 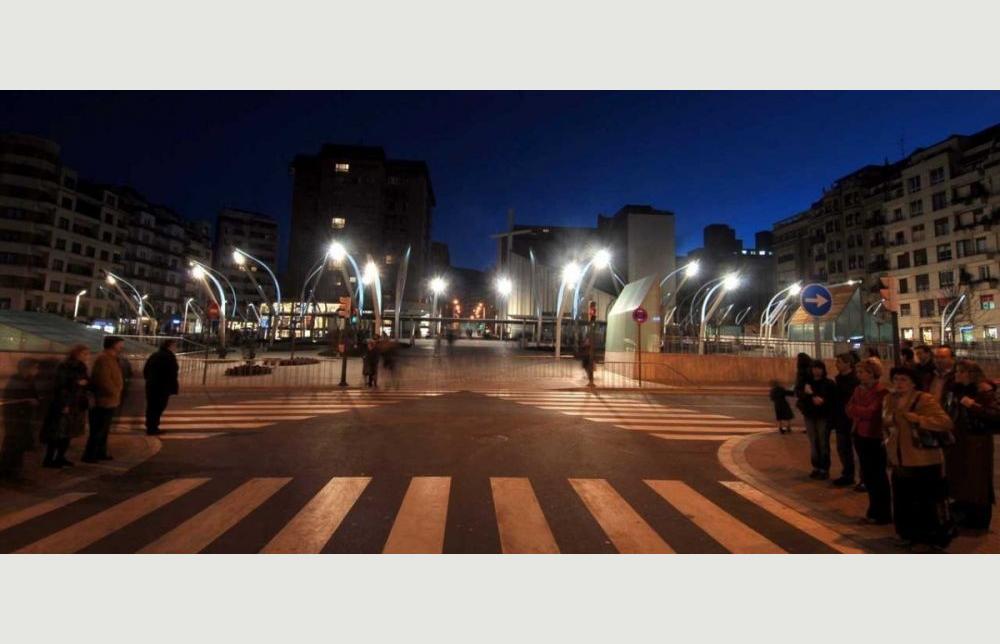 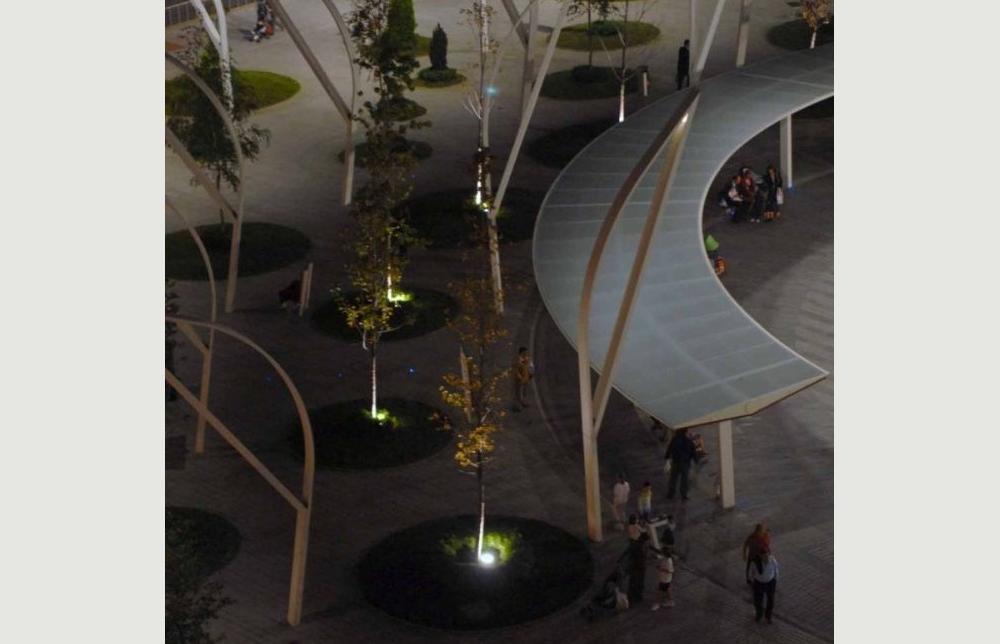 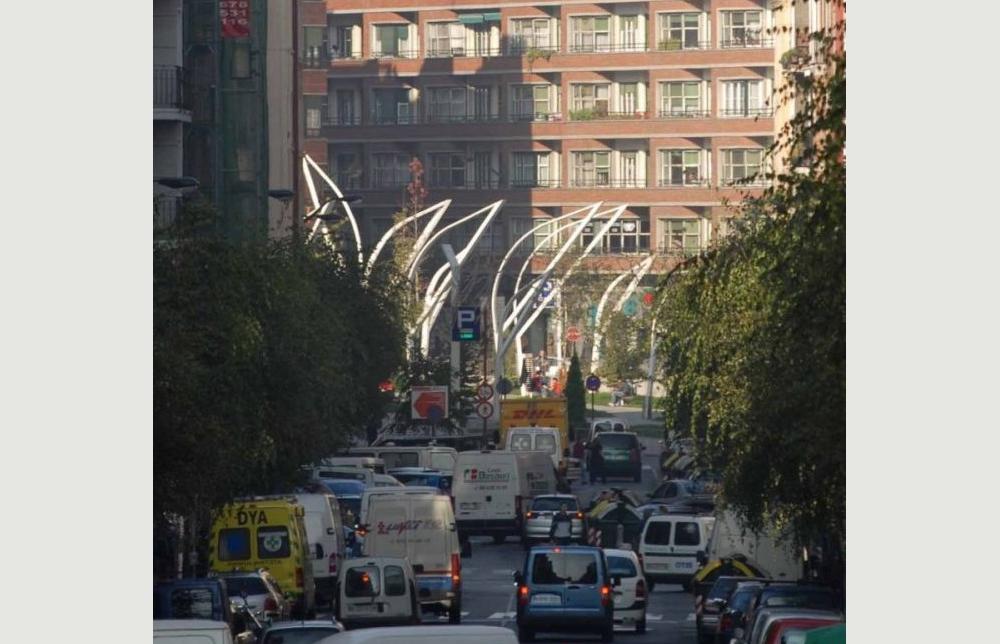 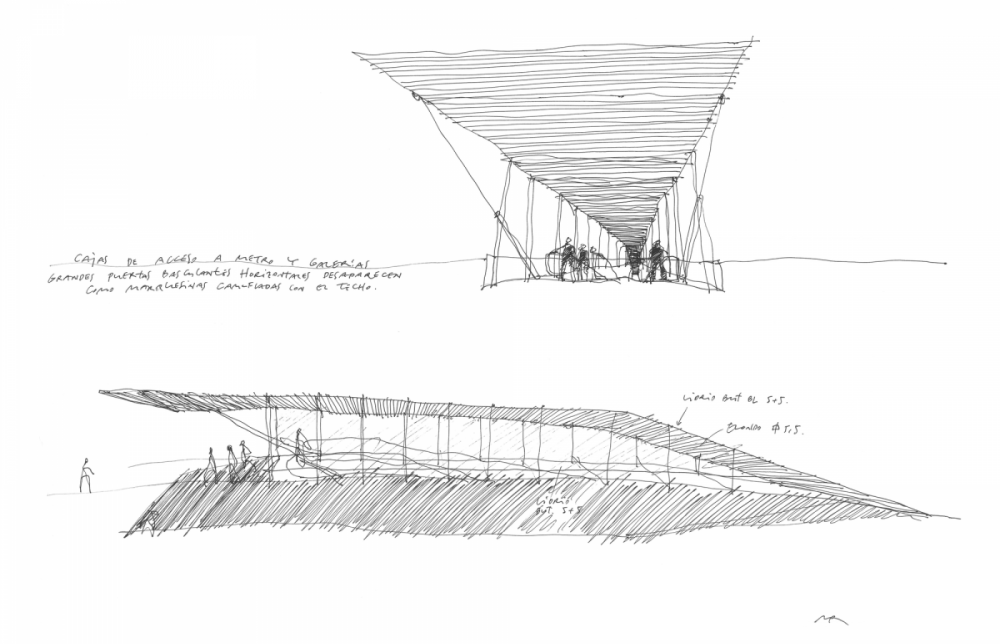 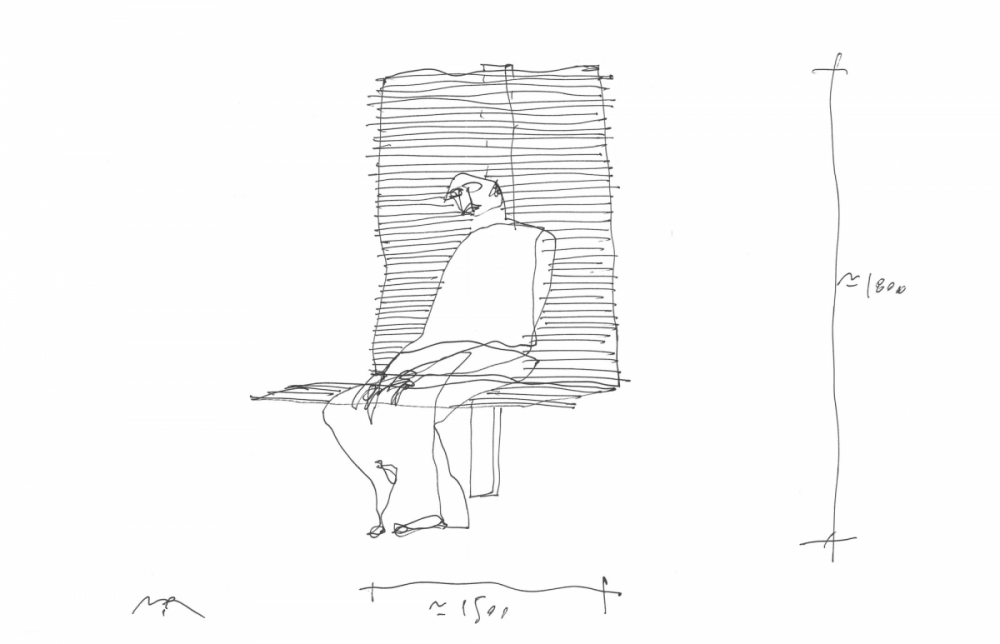 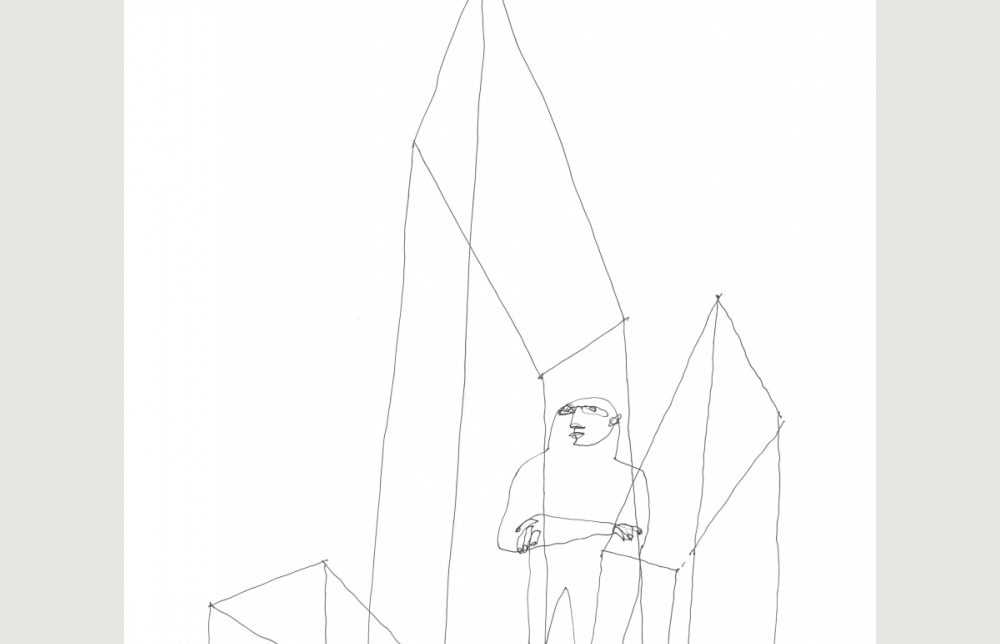 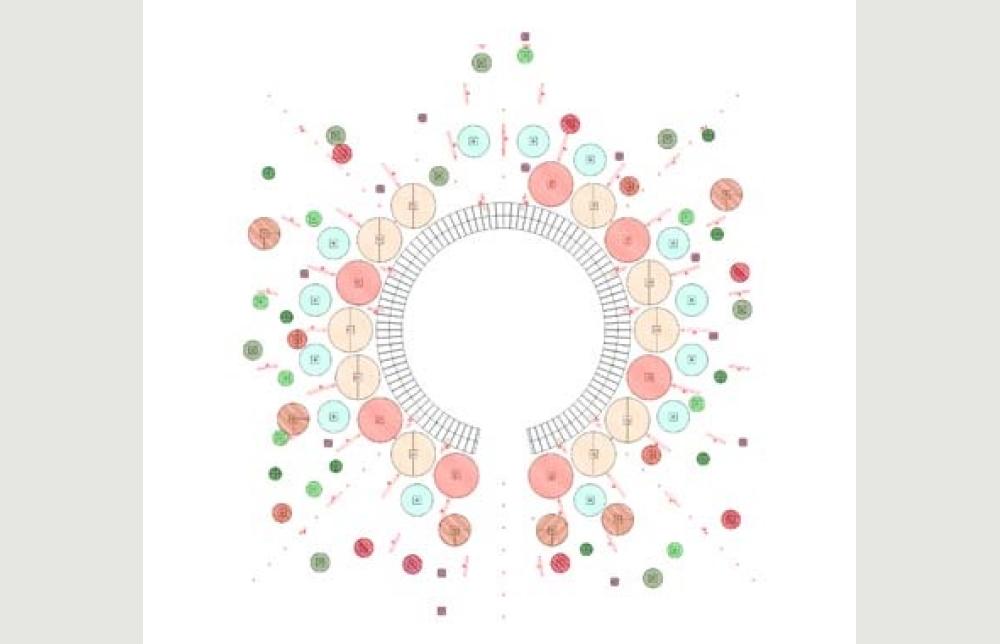 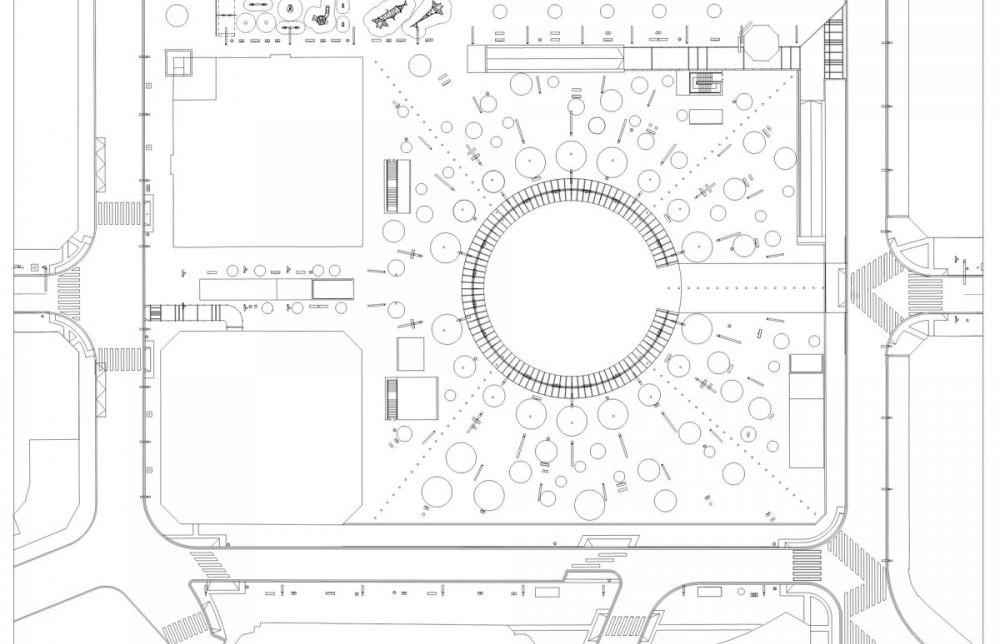 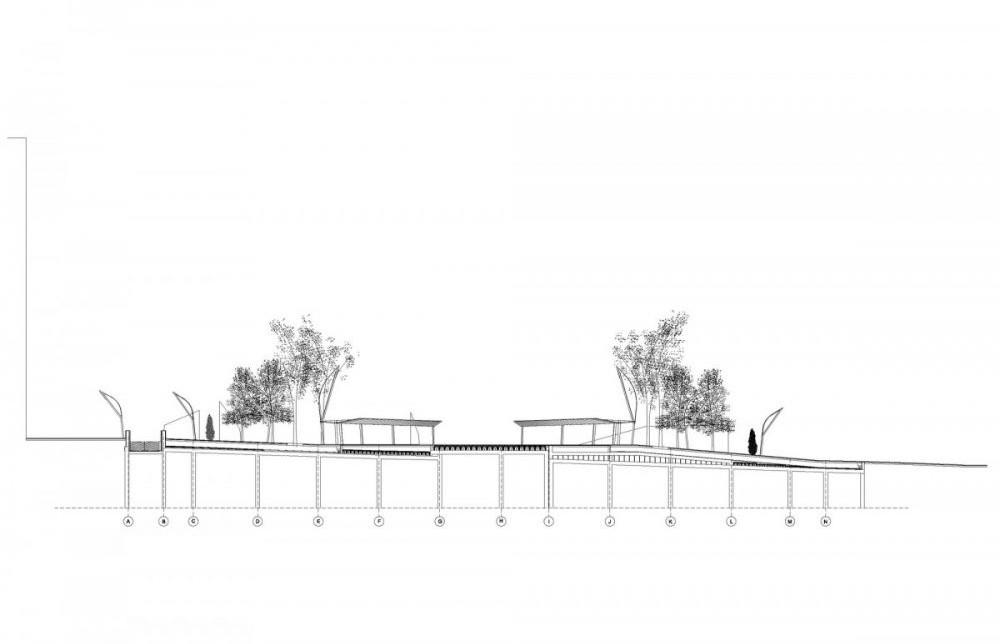 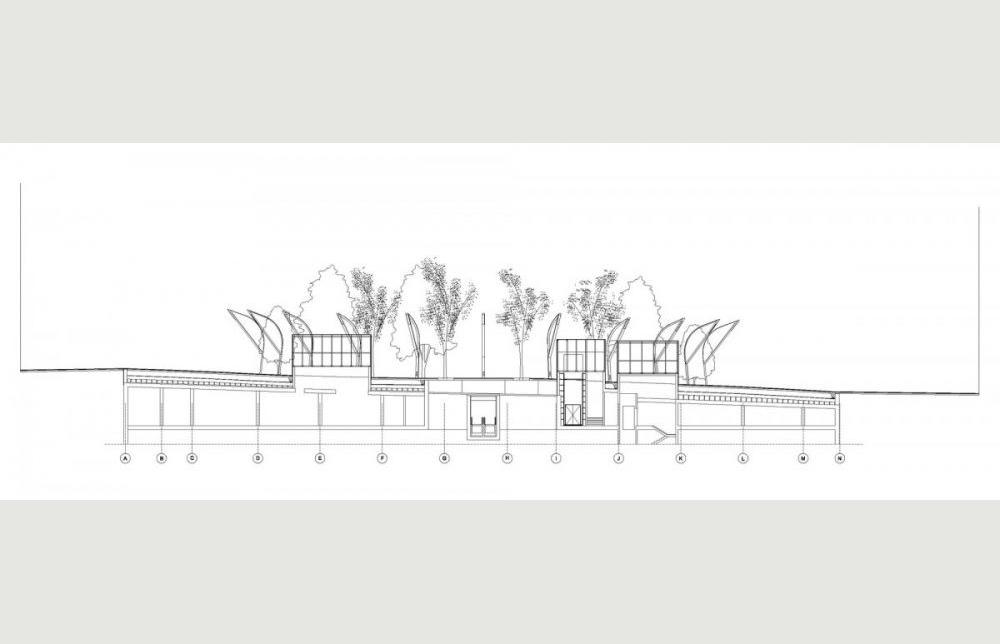 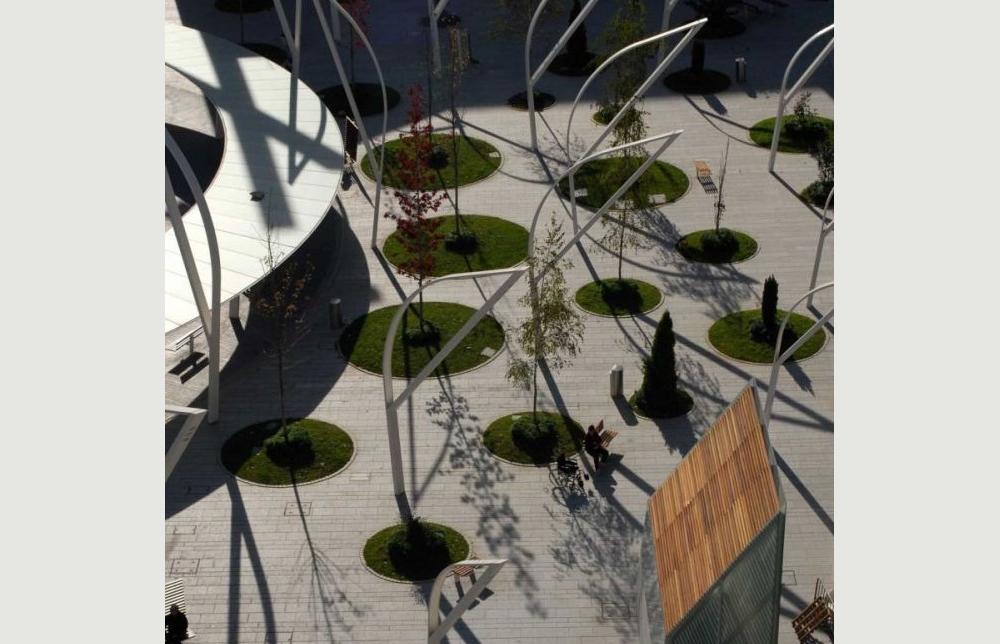 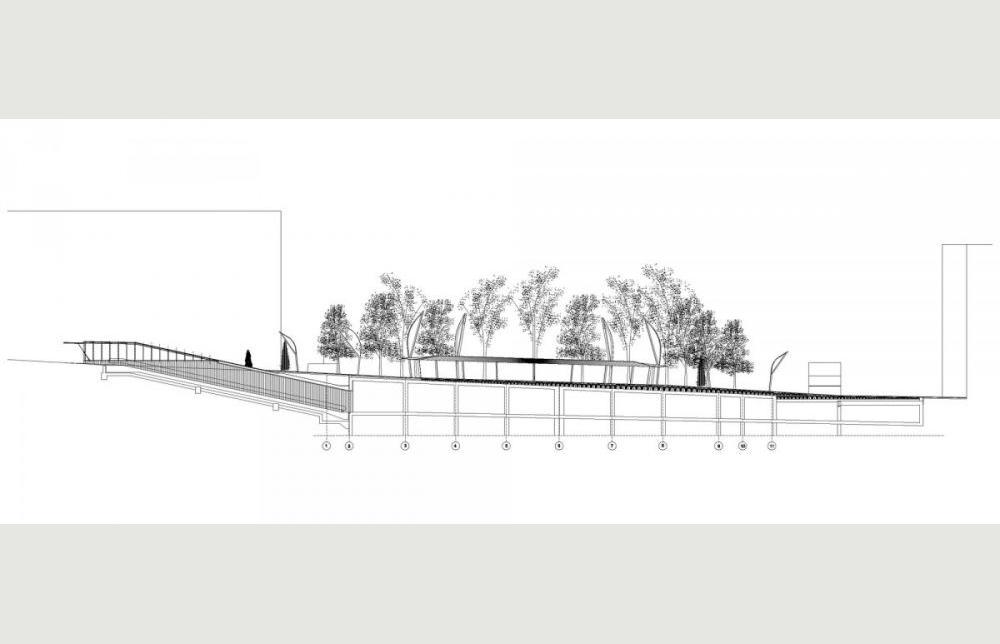 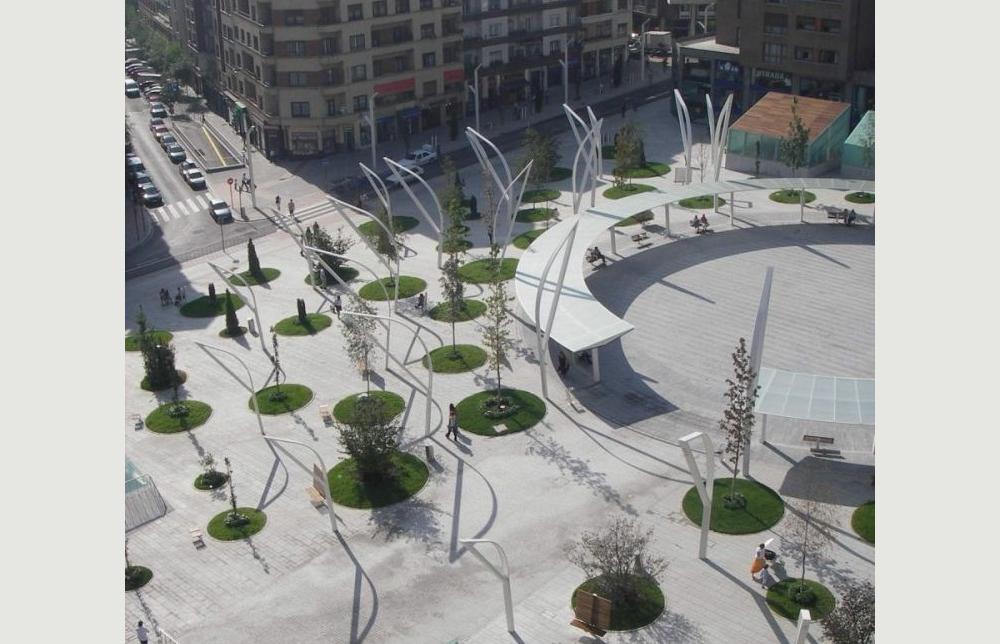 The project is the result of an ideas competition, seeking the integration of a degraded space in the city, giving it a character and image by creating a specific language for the new square. Before the intervention, Indautxu Square was a depressed space, avoided by residents. It was divided into two halves by a road. Located on an underground parking lot and a shopping arcade, it responded poorly to underground infrastructure. One of the tasks to be performed in the project for the new square was the update of this infrastructure to current regulations.

It was necessary to replace the vehicle with the pedestrian as the center of the urban planning proposal. Two of the three lanes of the street crossing the square were turned into pedestrian only, the rest was restricted to public transport. Alongside the perimeter of the square, its streets saw their sidewalks extended to support shops and exterior terraces.

The site for the project was almost square. Three sides bordered with streets, the fourth was bound by buildings: a housing tower and the parish of Our Lady of Carmen, a building whose roof is tilted, a feature that we would adopt for the small buildings necessary on the square.

We designed two types of spaces for the square: a main space for social events, fairs, dances, exhibitions… and the other around the main space, a quiet space for walking and reading.

To create the space for social events, we opted for the definition of a large central circle 40 meters in diameter. In this circle, fairs for crafts, books, culinary products can occur. To support these activities we generate a translucent glass and wood canopy more than four meters wide, that runs around the entire perimeter of the large circle.

The remaining space between the perimeter of the square and the center circle becomes a quiet space. It should not be an open space, instead it should be occupied by vegetation in between the walking area. To do this, we create circular gardens of various sizes, mimetic with the central space, scattered throughout the square and with a tree at its center. Among them, multiple scenic paths are created, which allow strolls and crossing the square in any direction for those passing through.

This ability to be traversed in all directions was another important intention affecting the definition of the project: its quality as urban square. This presented the problem of a drop between the ends of the square more than three meters high, and we did not want to use steps or ramps affecting pedestrian routes. The solution was to develop a continuous surface with varying slopes, generated by joining straight lines from the center of the square with points on the perimeter.

To unify the design, we developed prisms of different geometries, built in glass and teak on a granite base. We located them on the perimeter of the square to minimize facilities on the surface. The roofs of these prisms always have a steep pitch in dialogue with the architecture of the parish of Our Lady of Carmen, a more contemporary and unique reference of the built urban environment.

The trees are large deciduous species around the large central circle: Maple and Liquidambar, birches in a second ring, Thujas, Yew, Persian Parrotias and various evergreen shrubs in the rest of the square. Older trees vary the color of their leaves during the year,  the rest will keep the vegetation with the passage of the seasons.

In terms of lighting, we created luminaires with three different heights: 10, 8 and 6 meters. This lighting will be complemented by another lighting system on the ground designed to indicate the “main paths” and to light the bottom of the treetops. The luminaires consist of a shaft at the bottom and an upper structure in the shape of a leaf that is illuminated by LED lights at night. Each luminaire group conforms a different leaf.

Their organization on Indautxu Square follows a pattern common with the trees: in a first ring around the circle, the higher luminaires, 10 meters tall, also include lighting for public events focused directly at the center circle. The second ring includes the luminaires 8 meters tall, and the third, more distant circle, includes the luminaires 6 meters tall. The lighting of the first ring is directed toward the square whereas the rest light its perimeter.