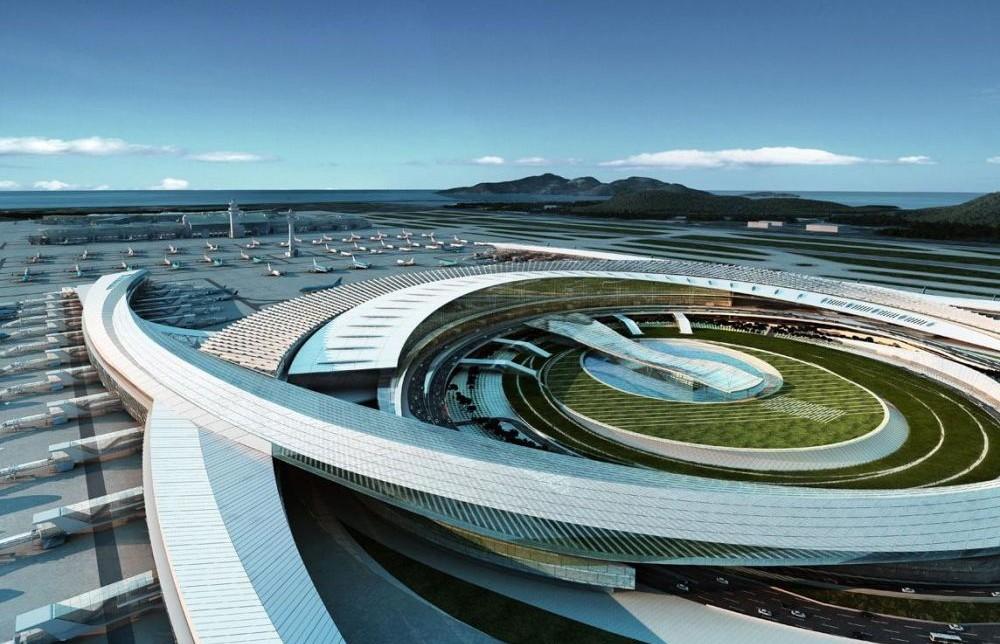 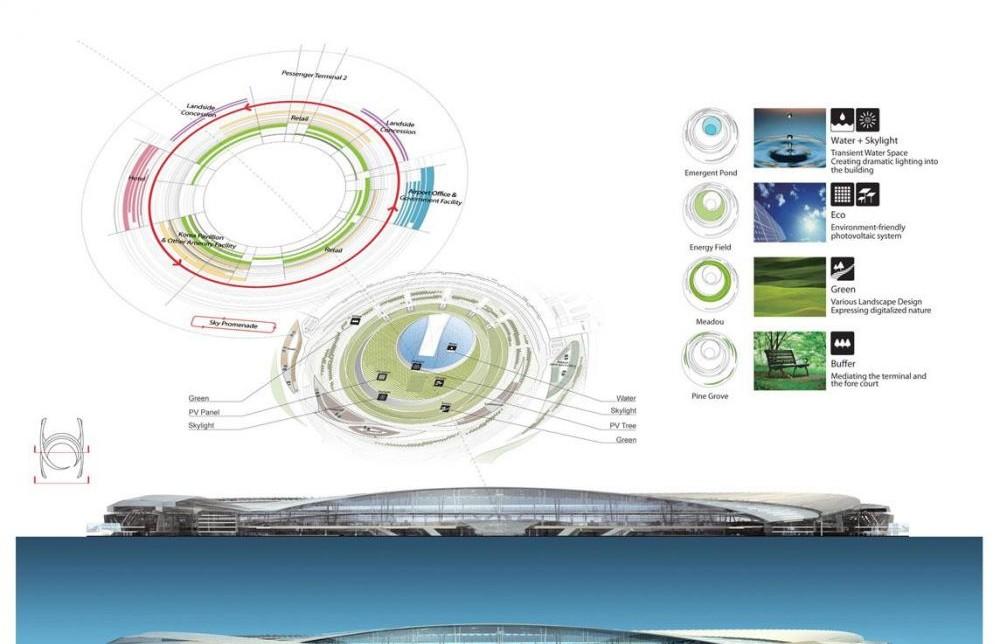 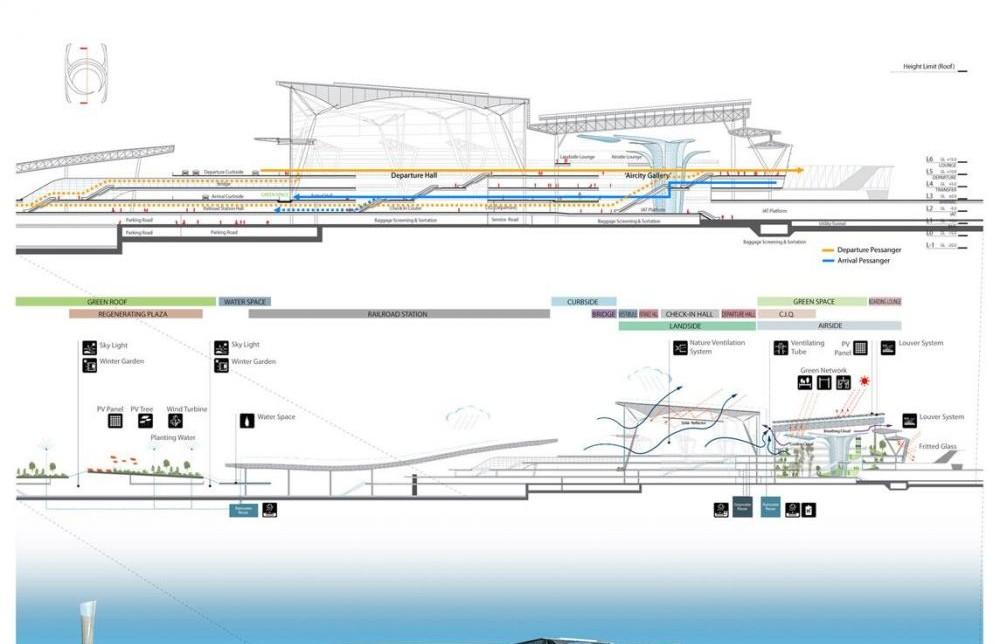 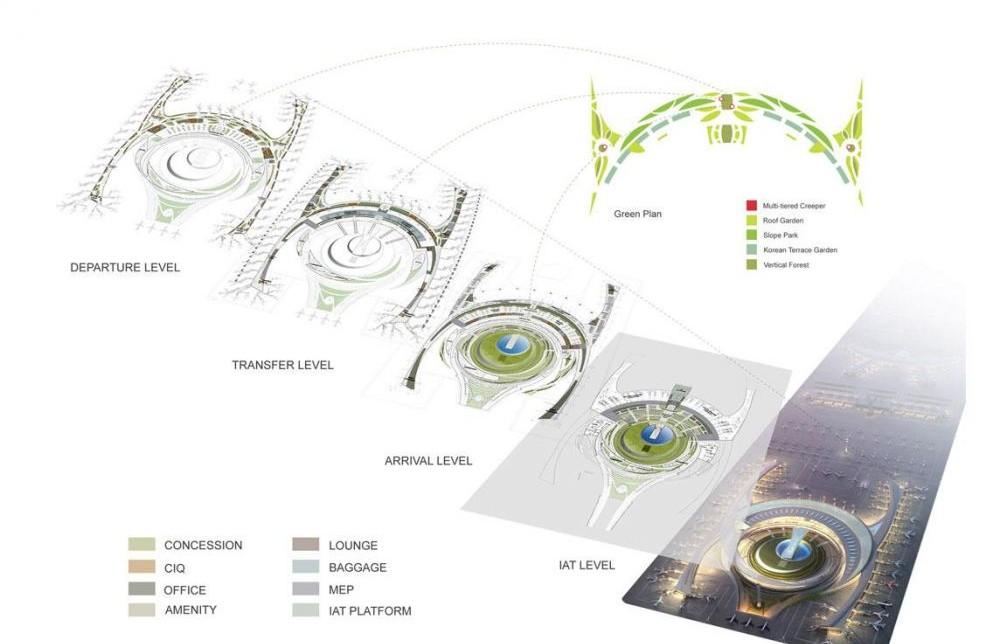 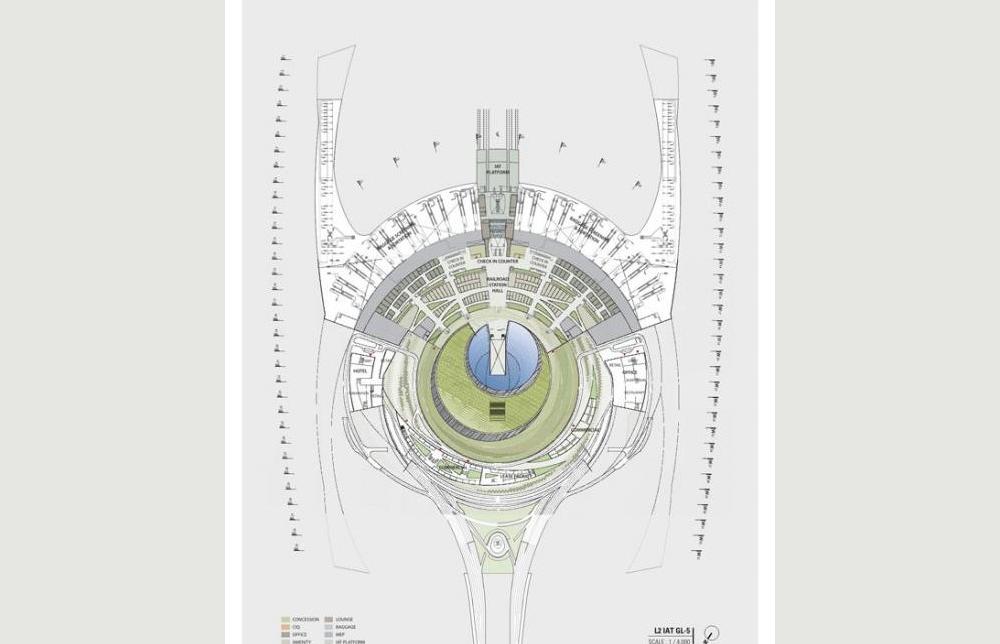 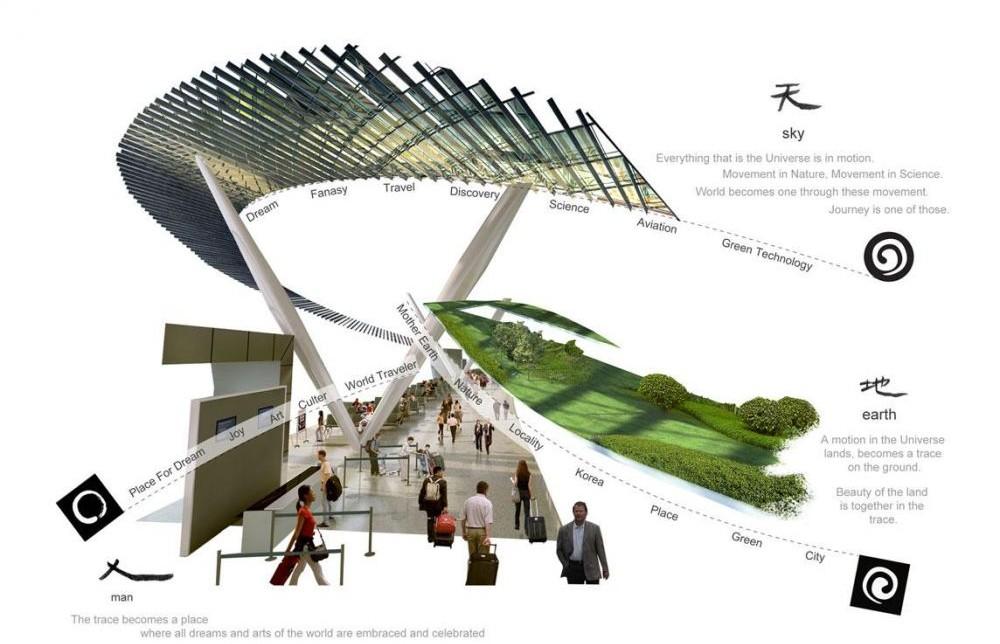 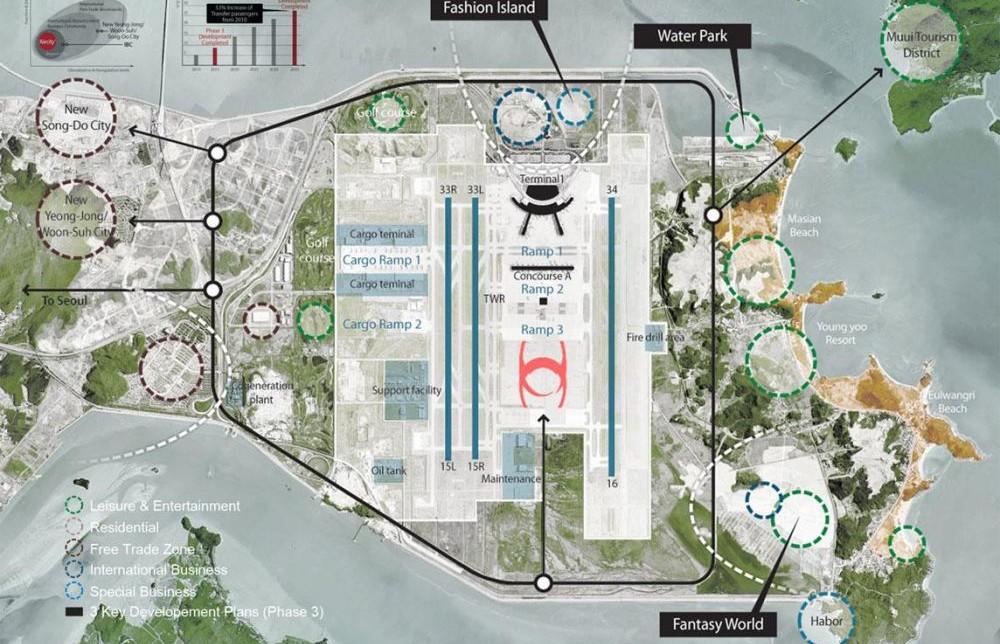 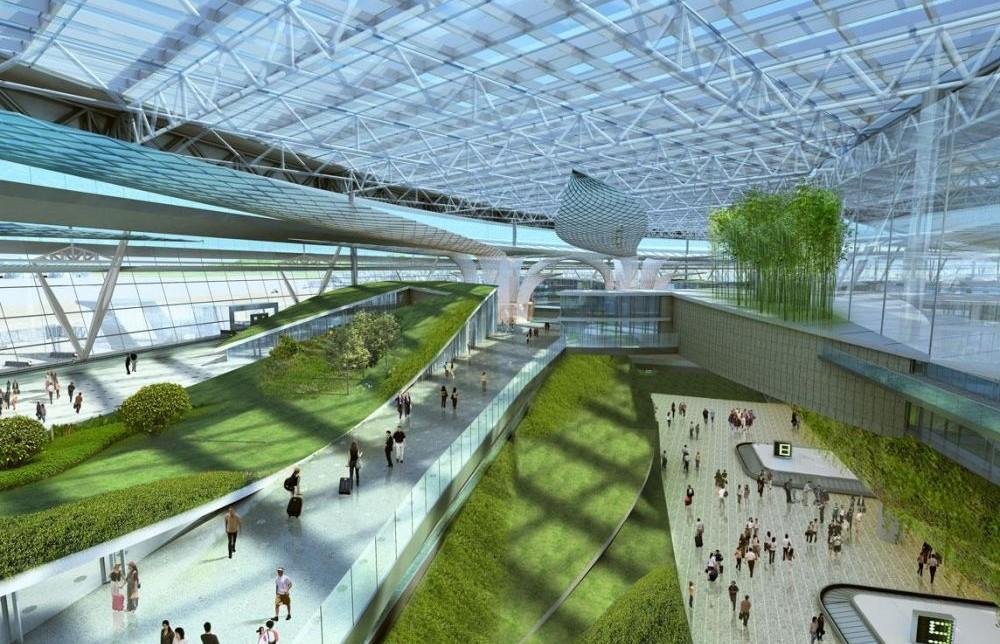 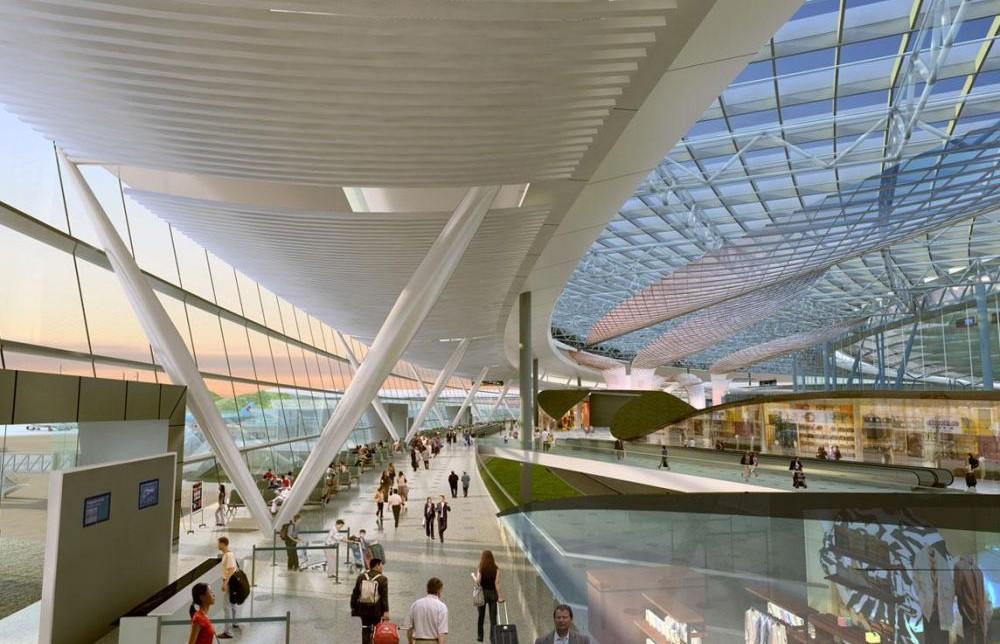 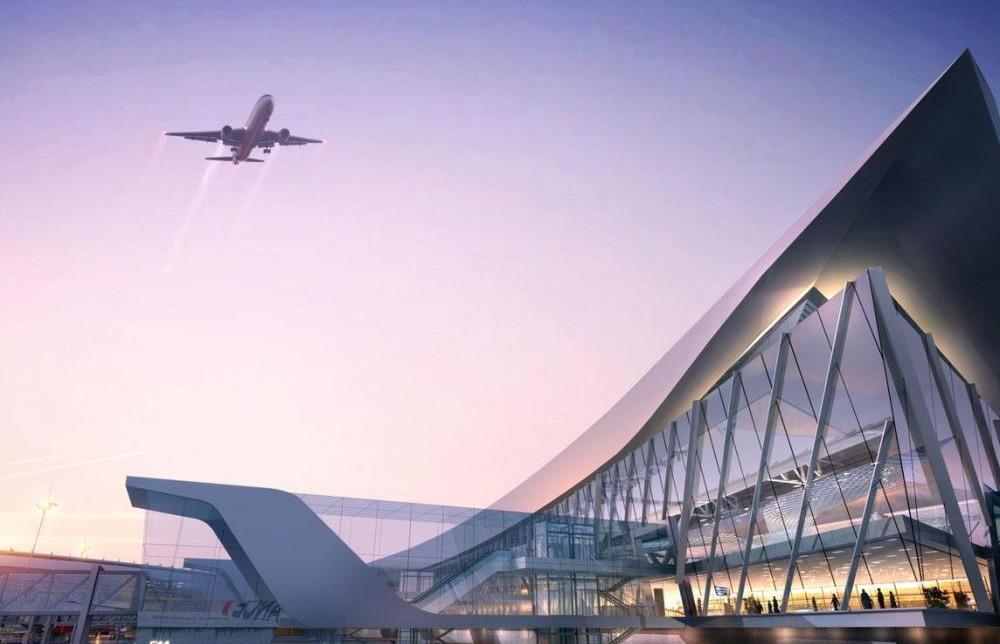 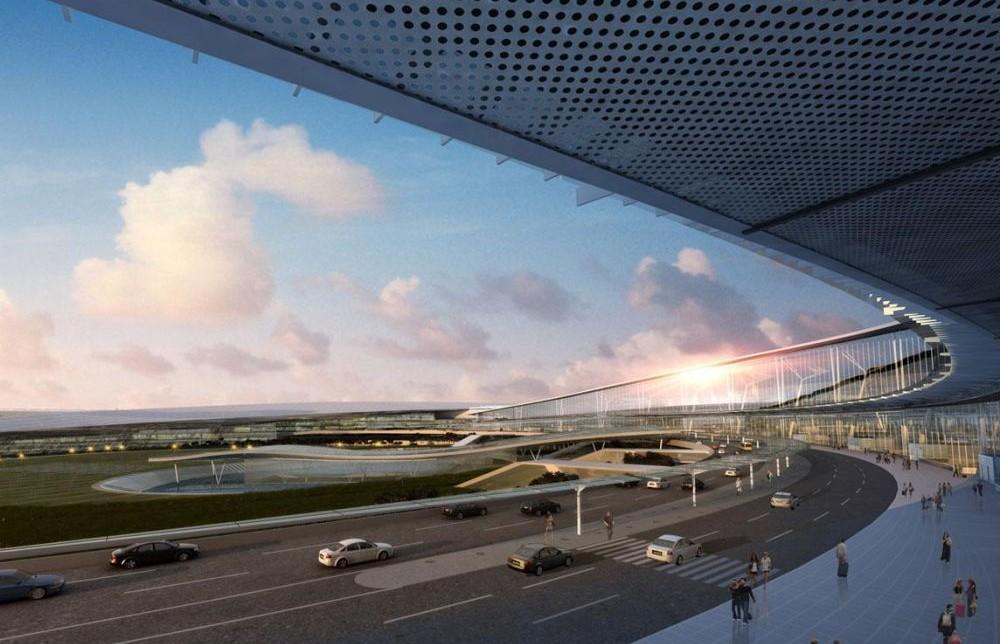 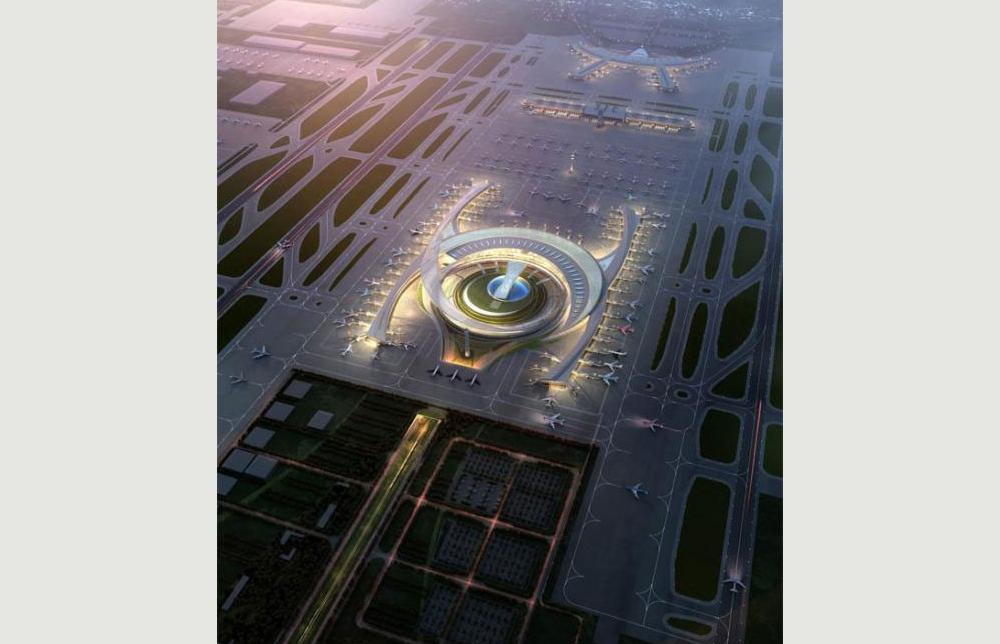 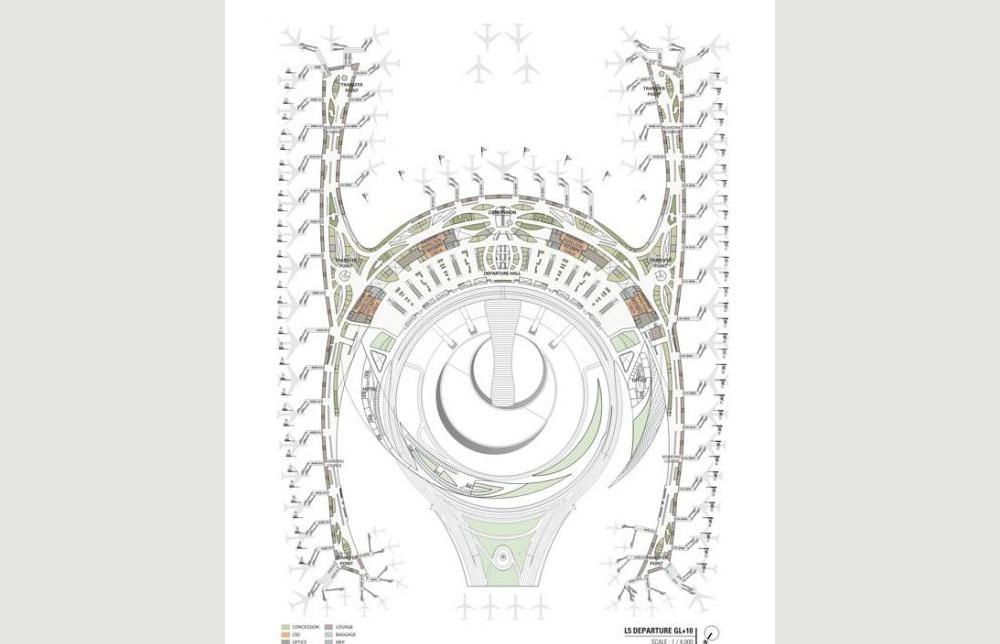 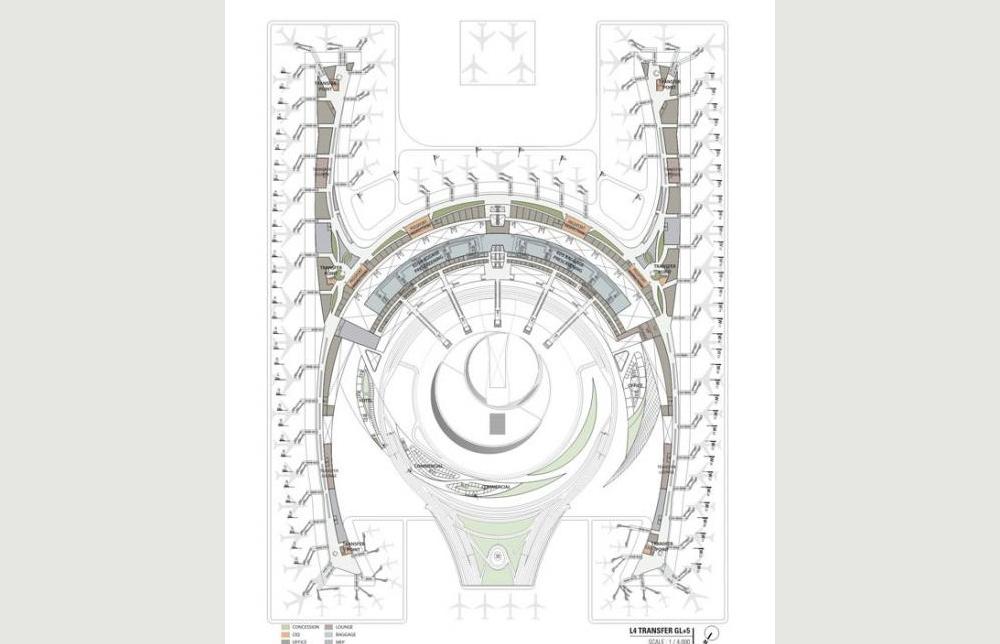 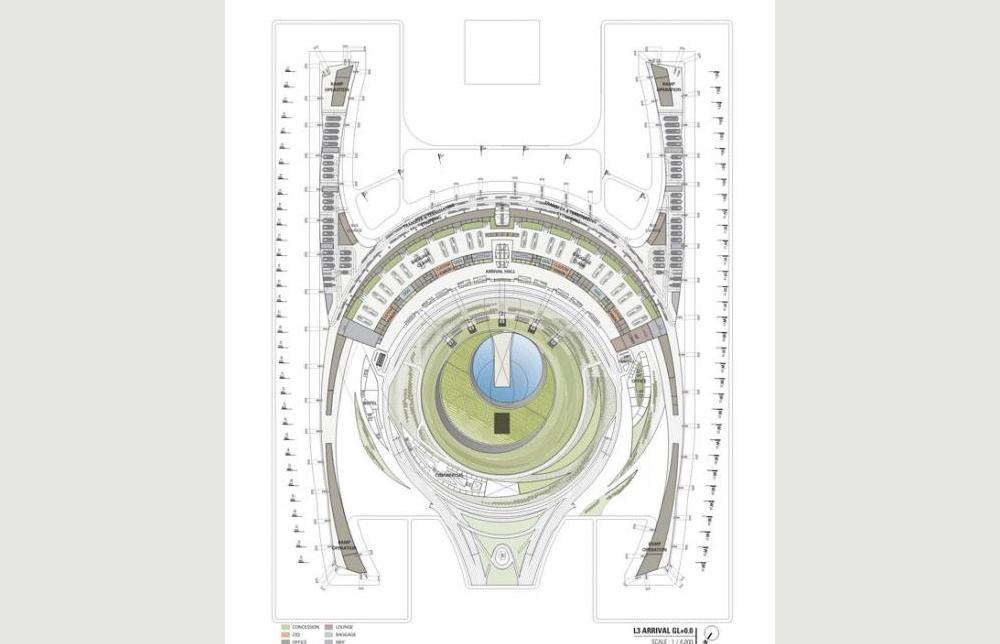 As a part of their long term strategy, Incheon International Airport plans to expand their processing capacity by constructing a new International Terminal at the North end of their Terminal complex. In 2011, the airport held a design competition for their new Terminal 2. The project brief called for a single terminal building of over 700,000 square meters which in its final configuration would accommodate 72 contact gates. The project would be executed in two major phases over a period of 10 years. The airport wished to create a Terminal which was based upon the ideals of advanced technology, sustainability, efficiency and flexibility. As opposed to creating a design which physically resembled an object or aerodynamic form, we strive to create a concept that was based upon the idea of motion. Terminals are machines for conveying people and their bags between exterior mechanical conveyances and we felt that the building itself should reflect this inherent dynamism. The idea of motion was carried into the building as well where dynamic forms were used as part of the intuitive wayfinding system. In addition to reflecting the idea of motion in its form, the plan references the cultural symbols of South Korea and reflects their basic concept of balance. The design also incorporated several forward thinking operational concepts such as mode specific check-in opportunities, flexible aircraft stand configurations, and drive-through baggage check-in opportunities. It also made allowances for construct ability and on-going operational requirements such as accessible technology backbones, flexible equipment infrastructures and dynamic security screening.