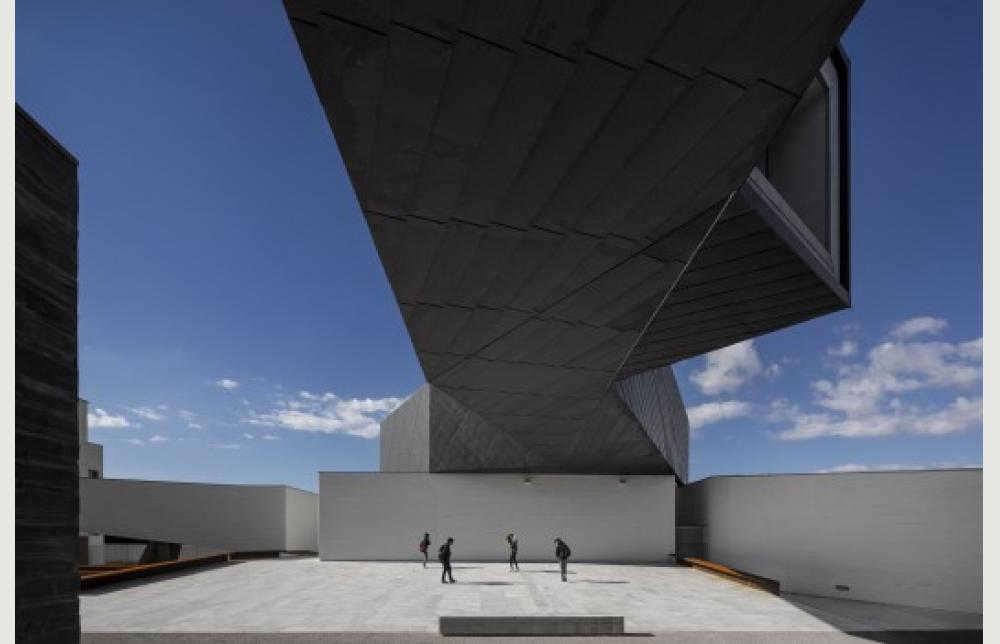 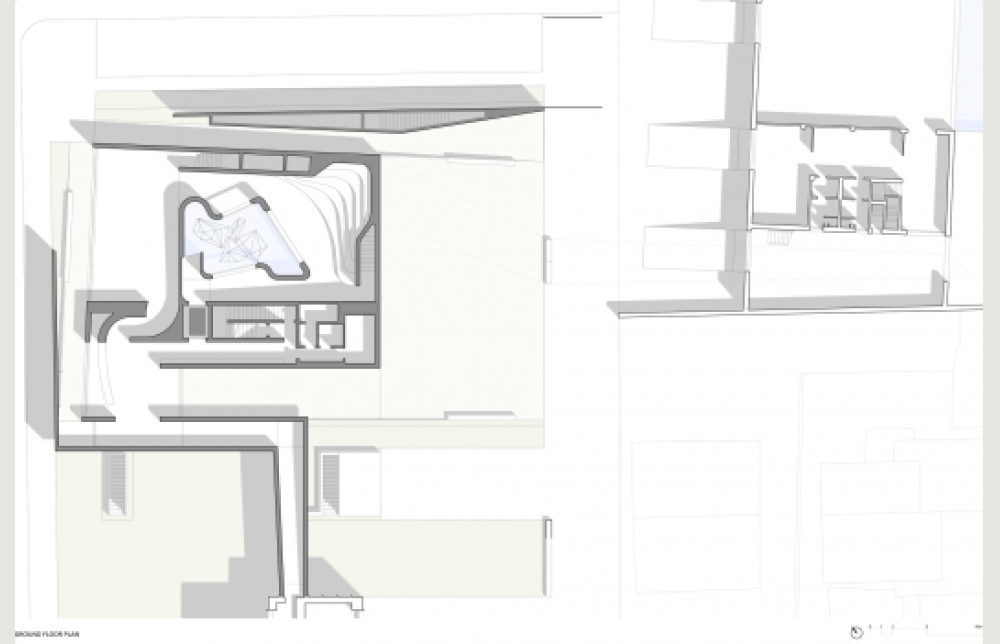 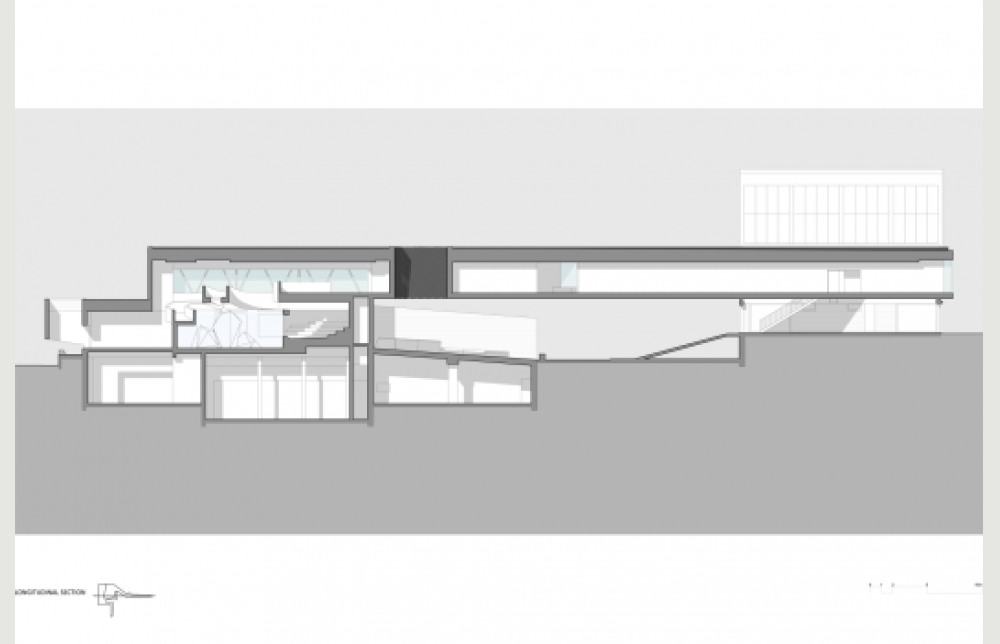 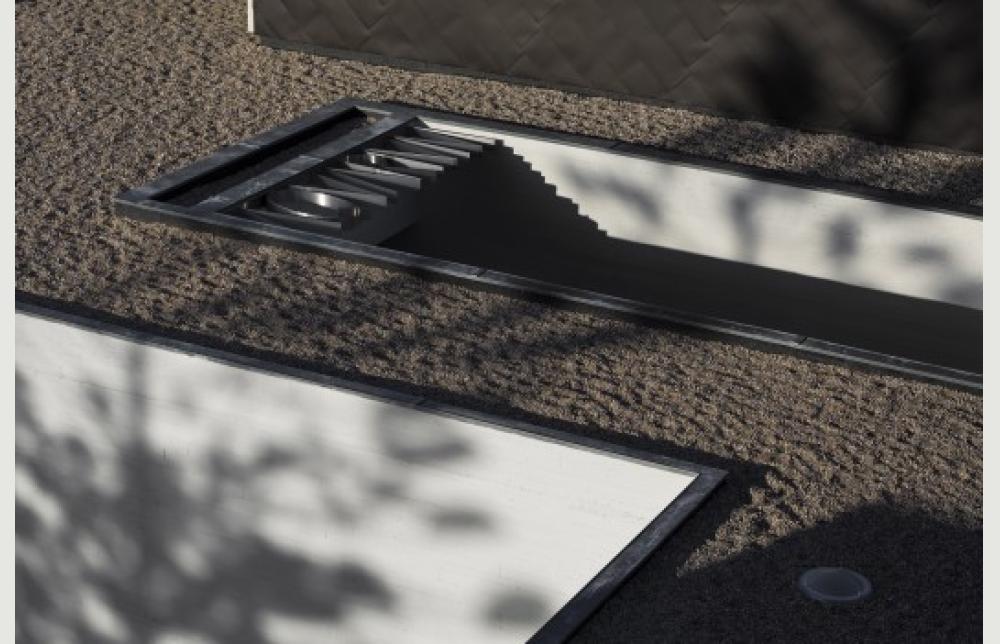 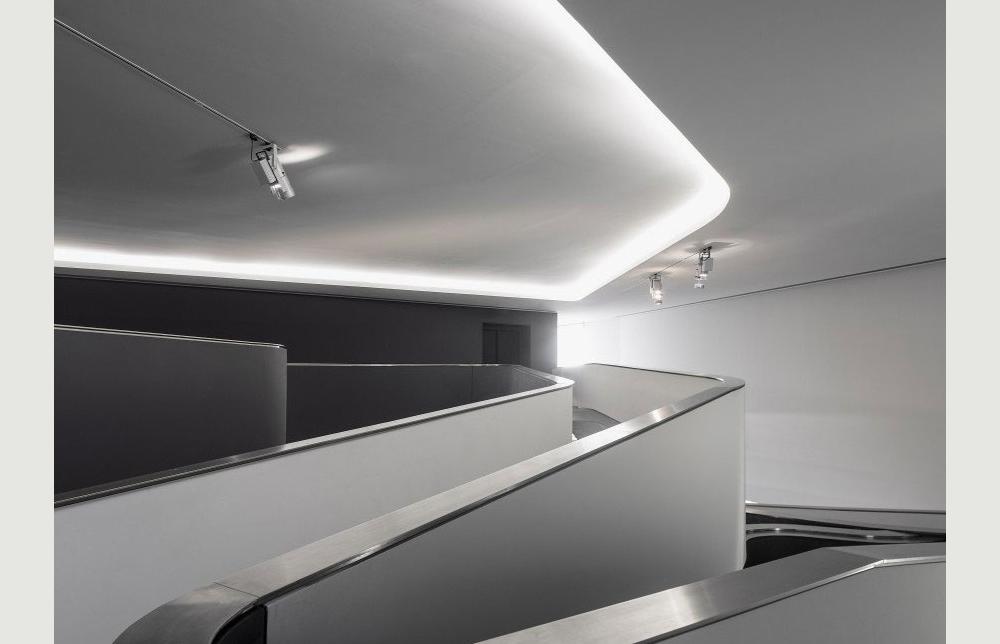 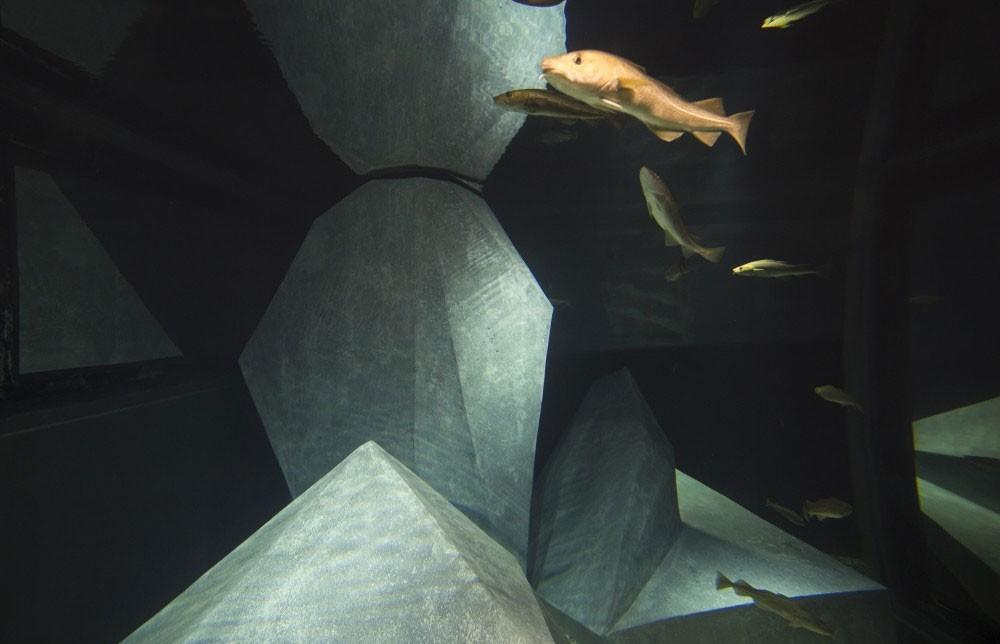 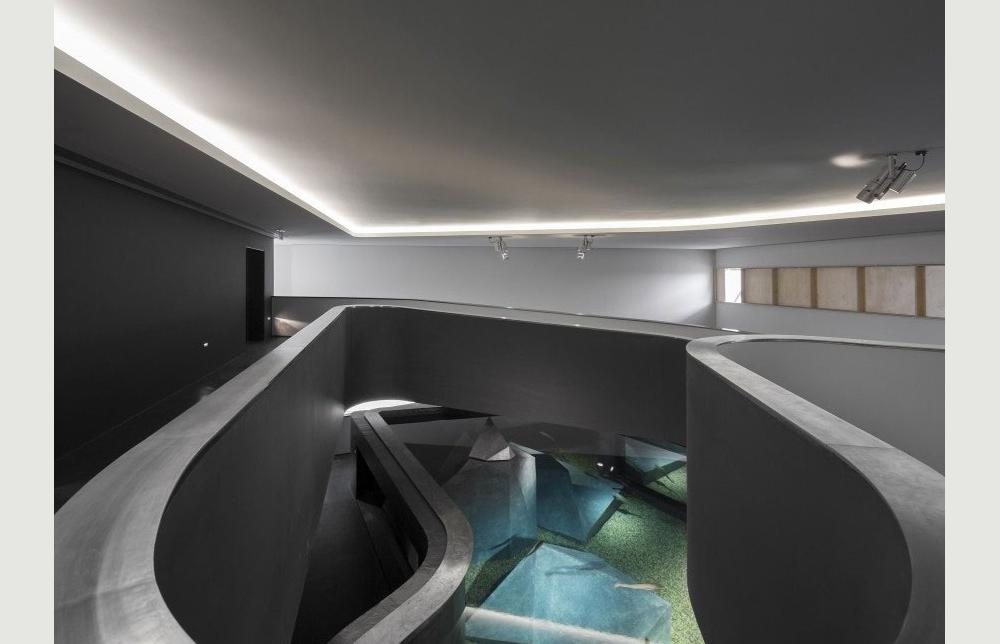 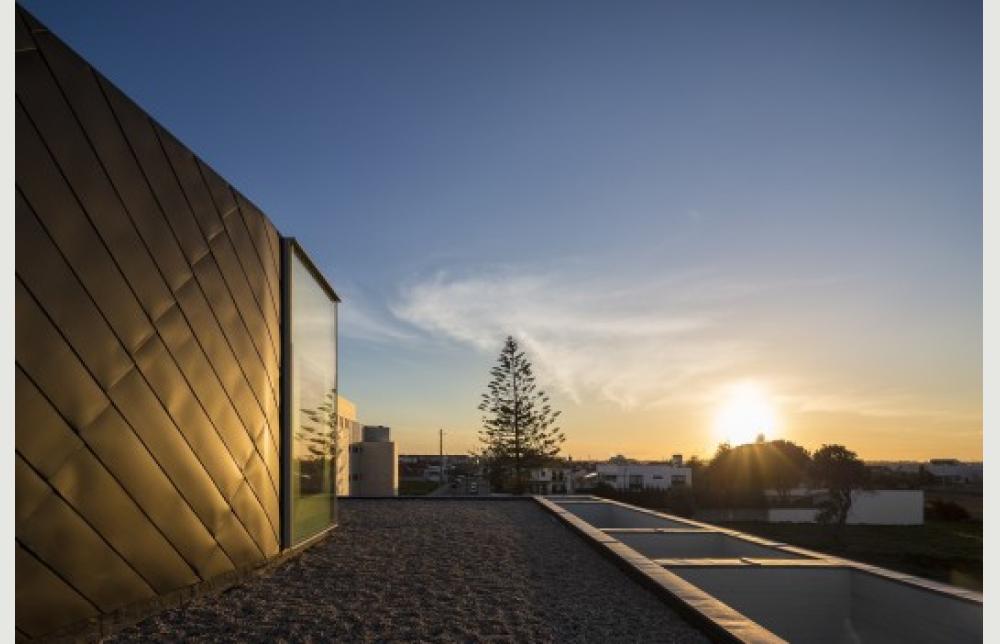 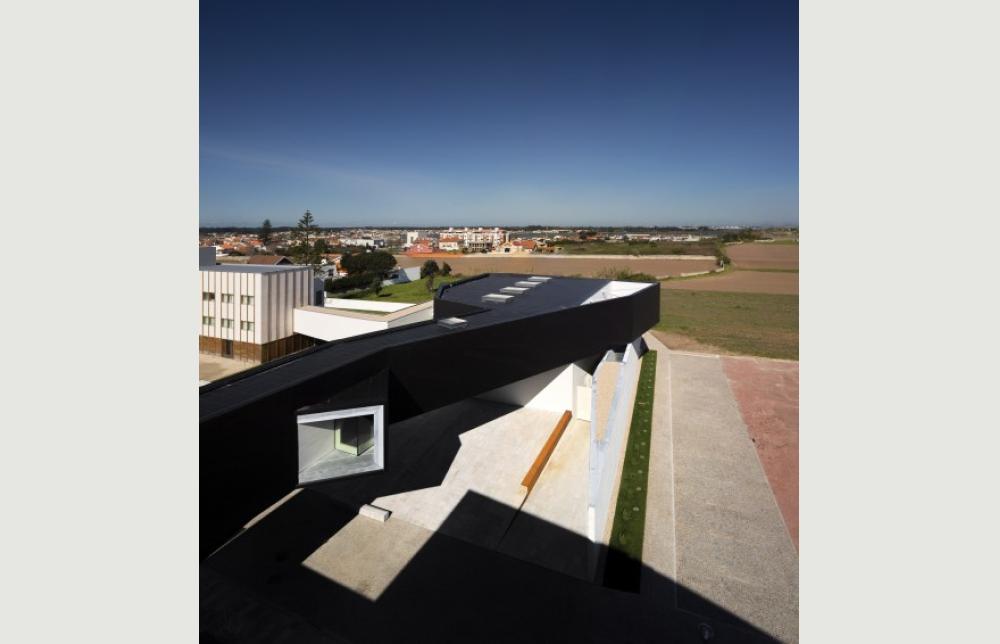 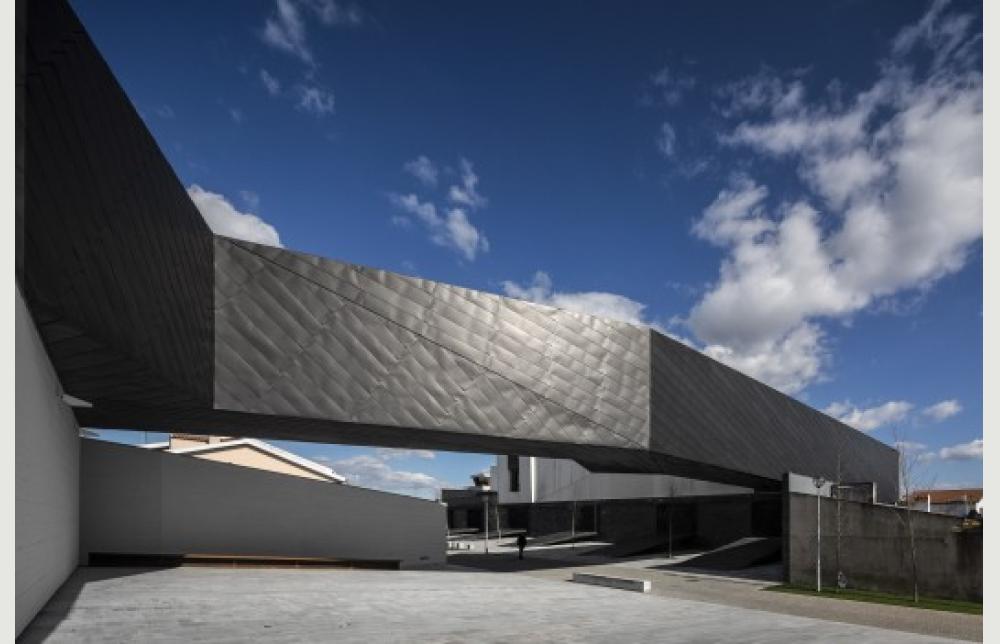 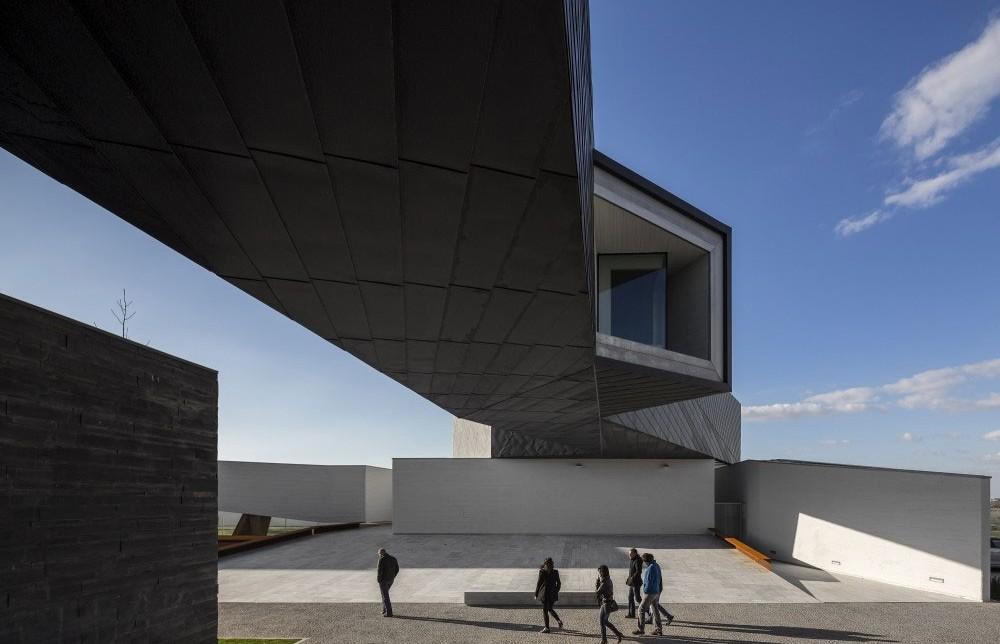 The codfish aquarium connects two other buildings and sets and a complex built ensemble, united around the subjects of the sea and fishing. In this unusual structure, the Maritime Museum is the place of memory, the Aquarium the space for marine life and CIEMAR, installed in the old renovated school, the research center for the activities of man linked to the sea.

In articulating these three units the building is both an autonomous urban equipment that relates to the context and defines a public space, but it is also a building-path, which develops in a spiral around the tank as it connects the Museum to the old school.

In a context of small scattered houses, it is shaped by the interstices of this urban domestic fabric and establishes a new public domain. But in doing so it breaks into two horizontally overlapping bodies searching for a scale of transition. In its proposed matter duality, the white concrete body emerges from the ground and sets the basis for defining a square. The floating black body of metal scales sets the height of the square, in a public urbanity redefined into three dimensions.

At the heart of the building we find the fish and the sea. The visitor’s path is a spiraling ramp, a journey that begins in suspension over the tank, to turn into a diving mode of gradual discovery, an experience of immersion in the cod habitat. The informal auditorium, with extensive visibility into the aquarium, marks a pause in the visit for contemplation and information about the life of this species.

All technical components of control are placed in the basement, guaranteeing a subliminal operation of all the life support systems, the quality of the seawater, the control of air temperature and even the new reserves of the Maritime Museum.