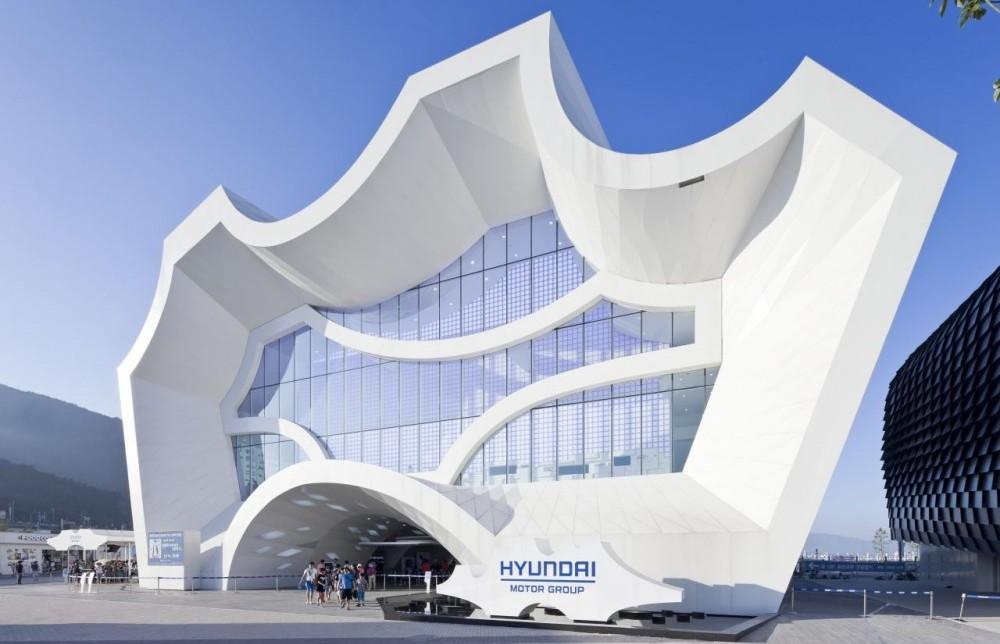 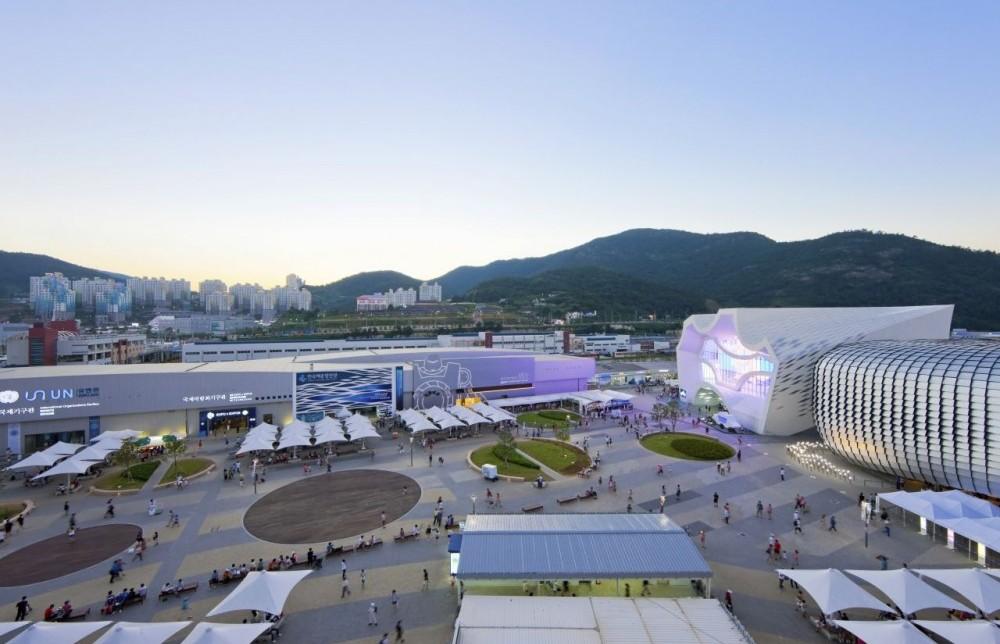 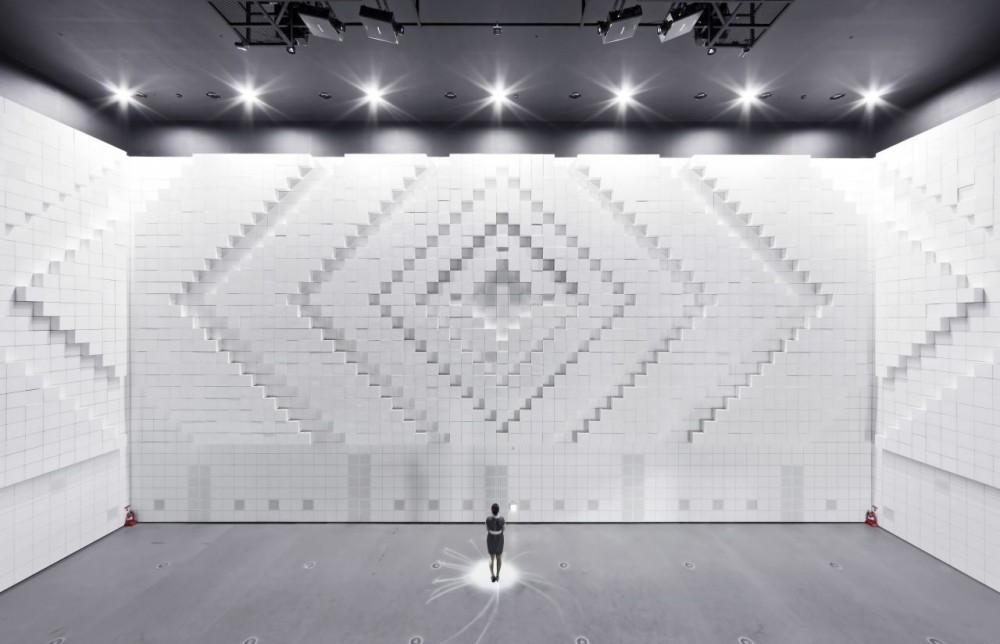 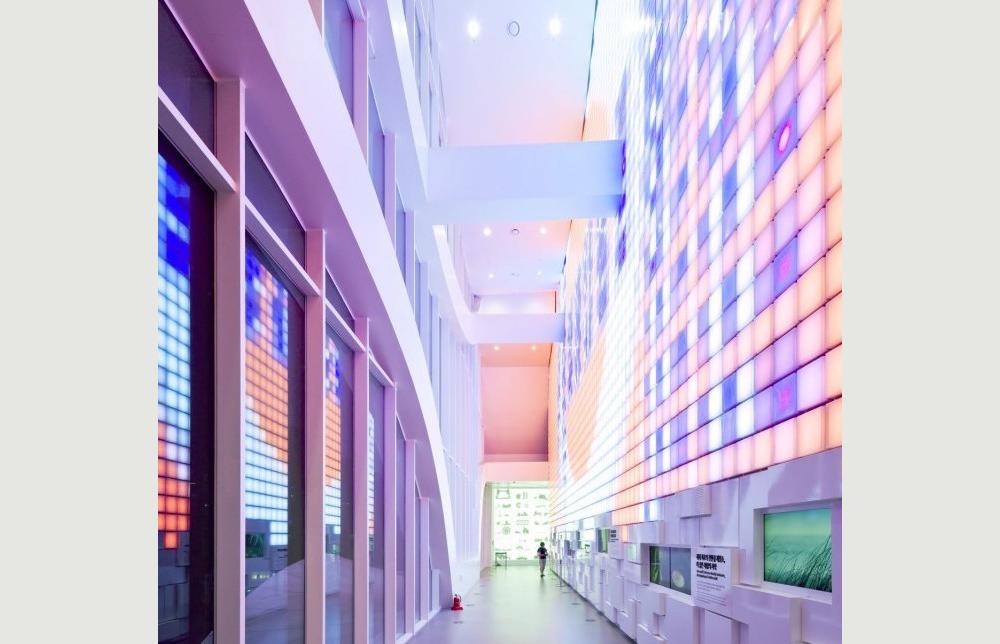 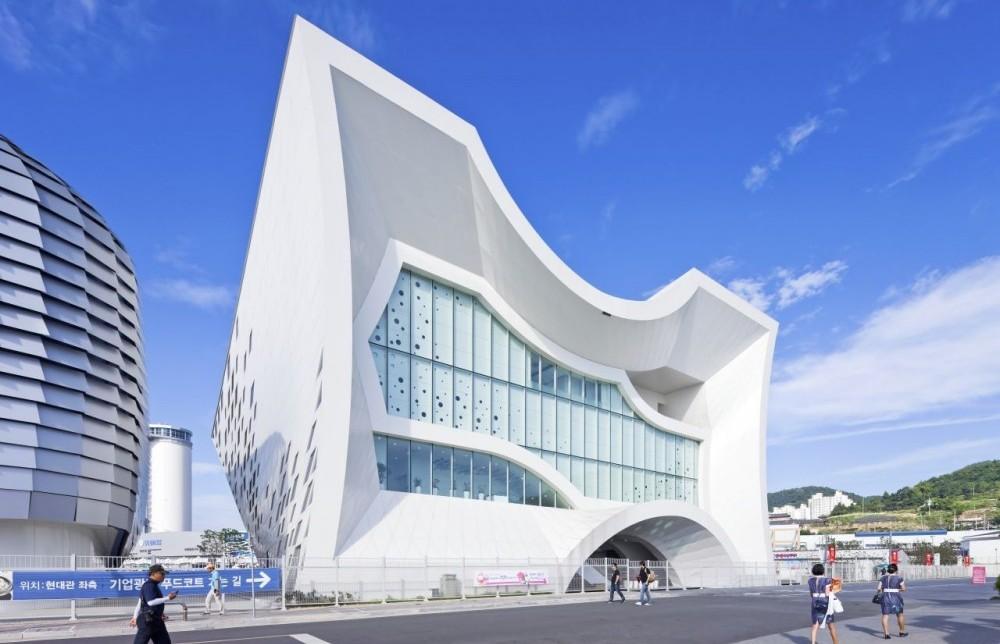 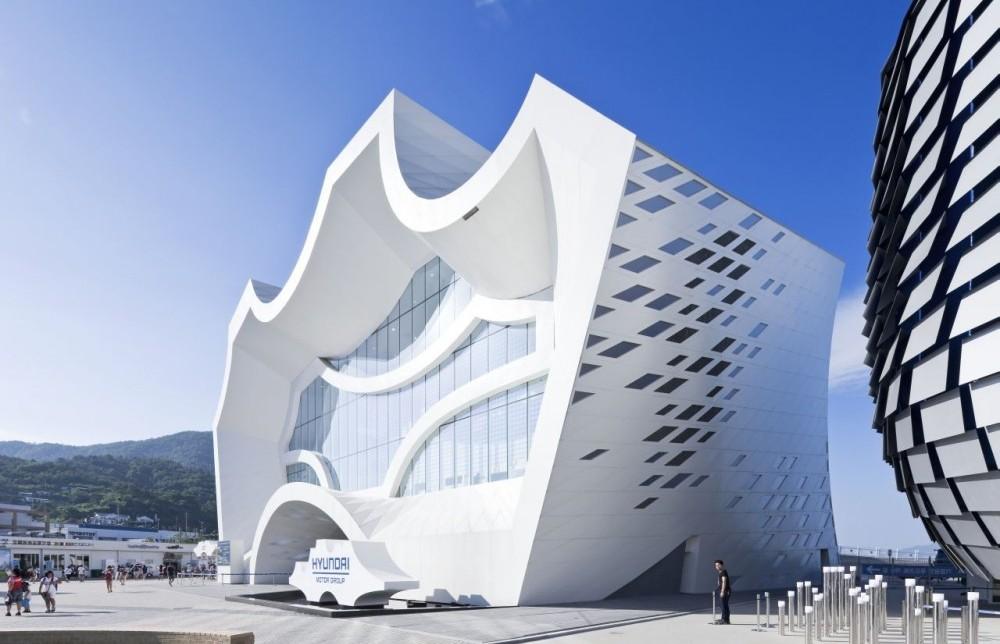 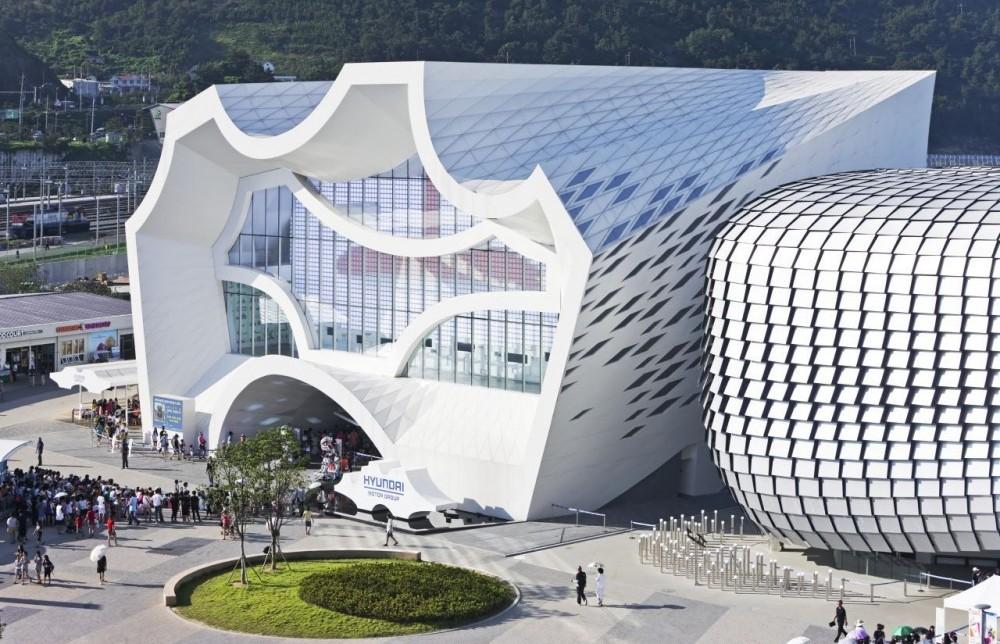 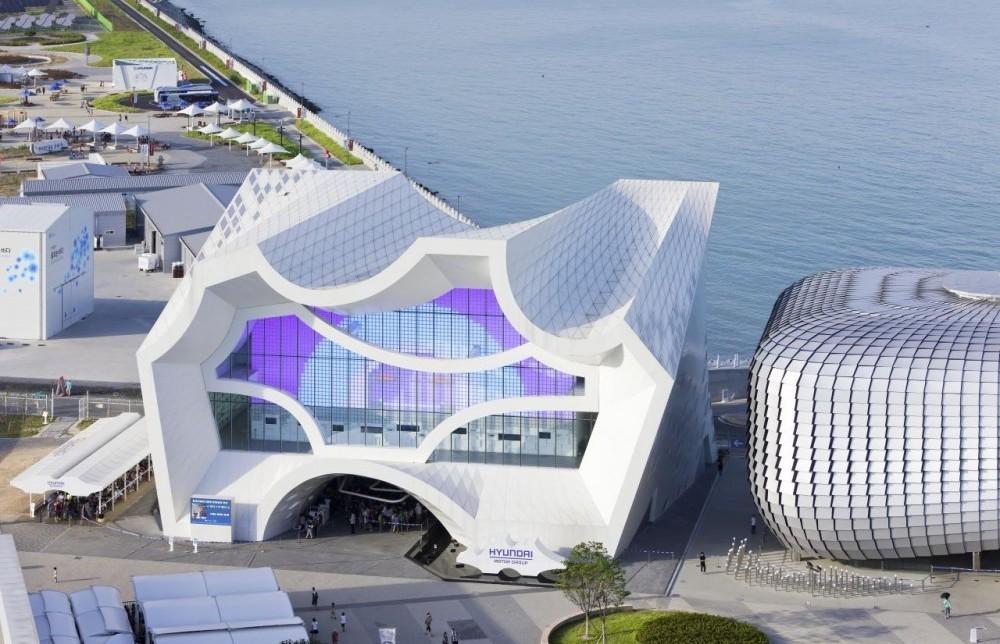 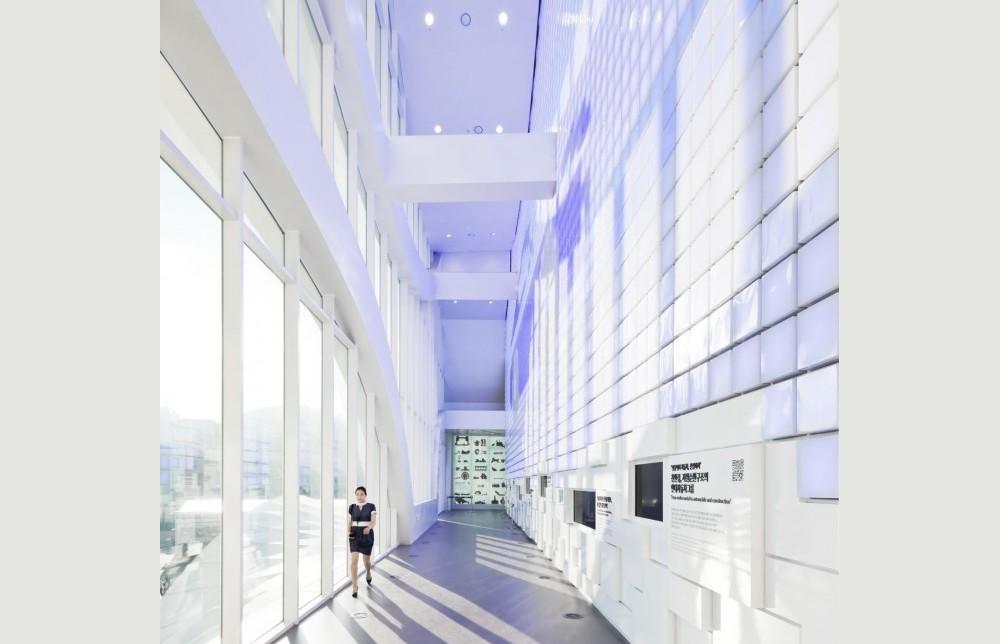 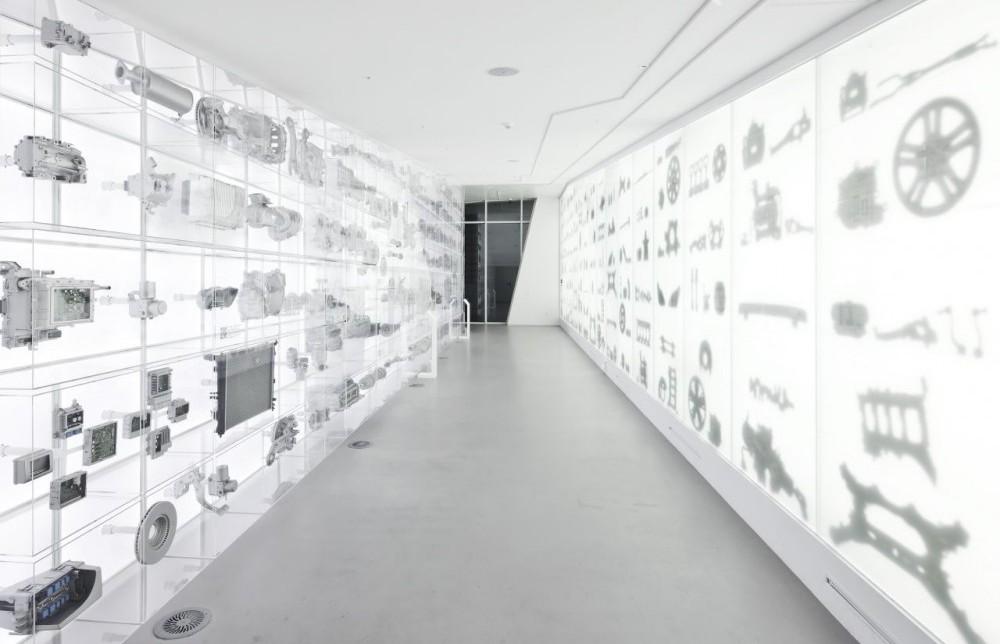 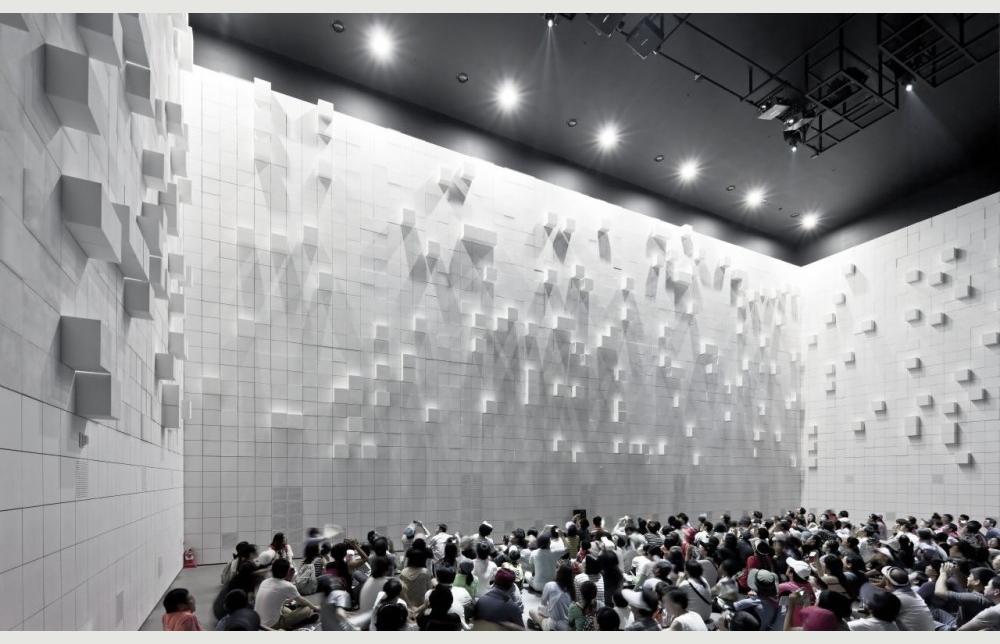 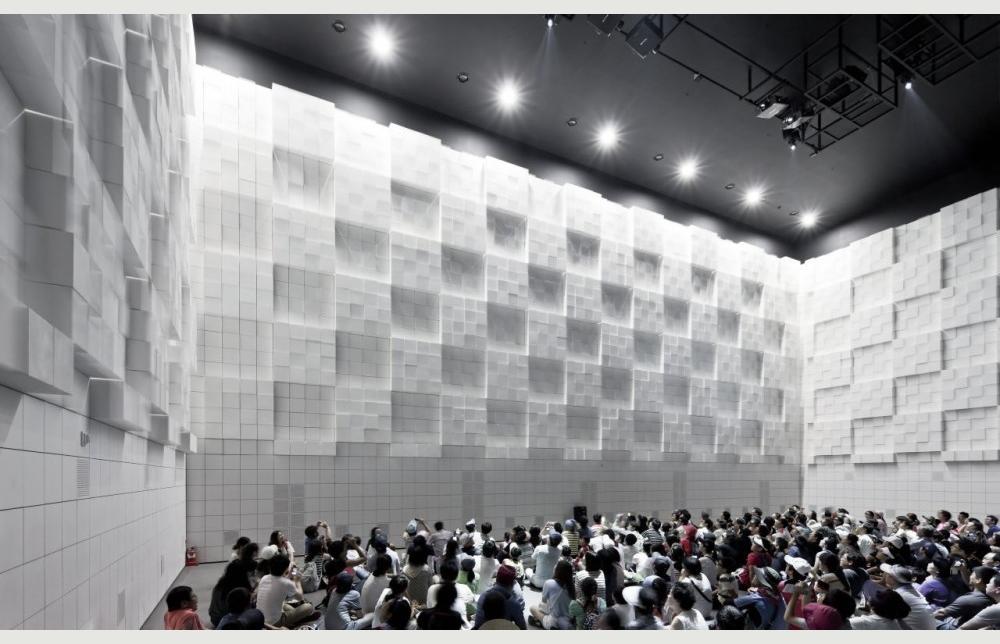 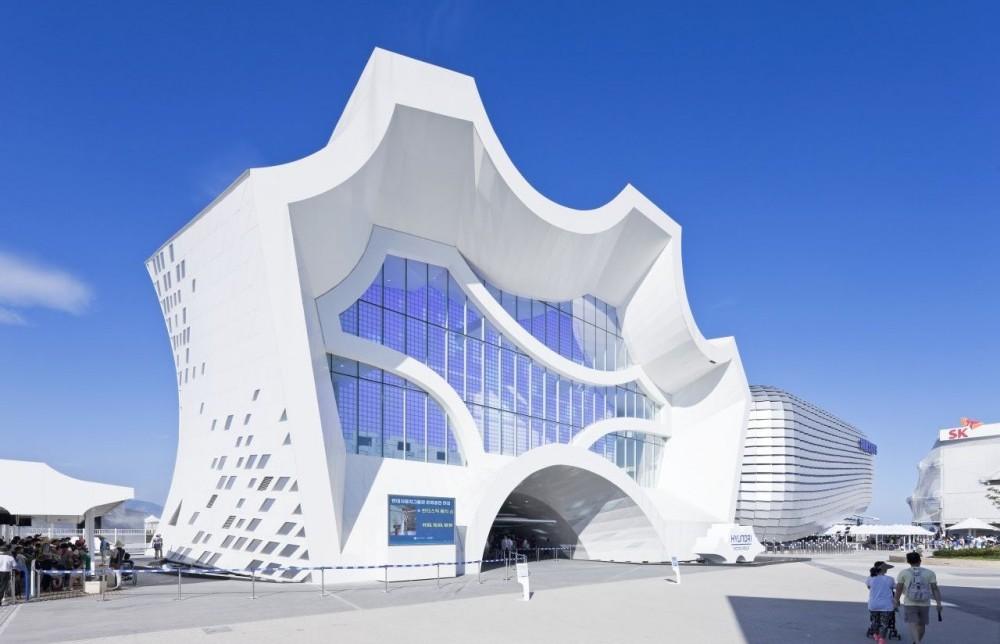 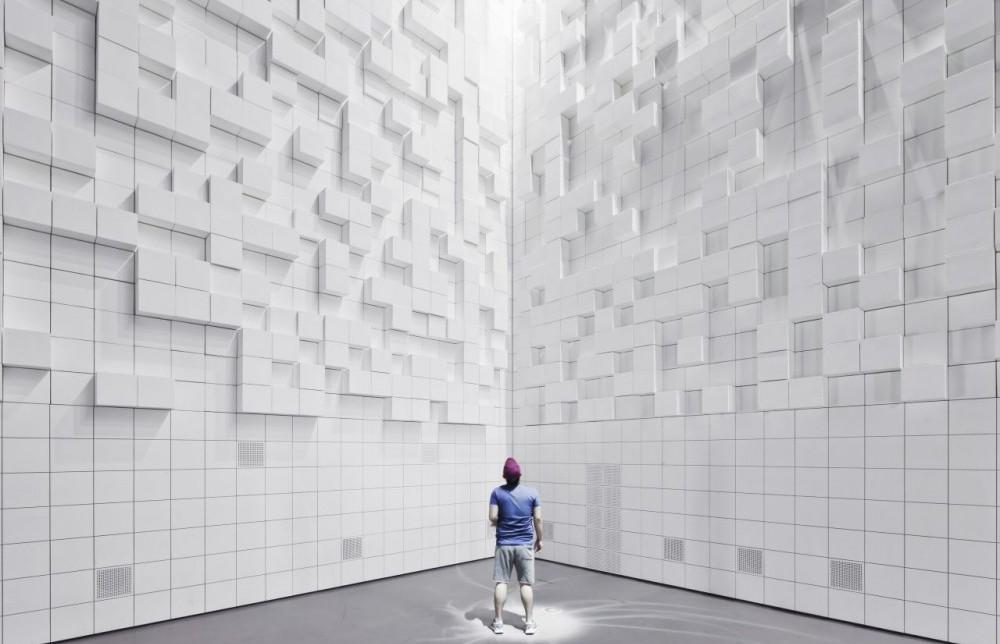 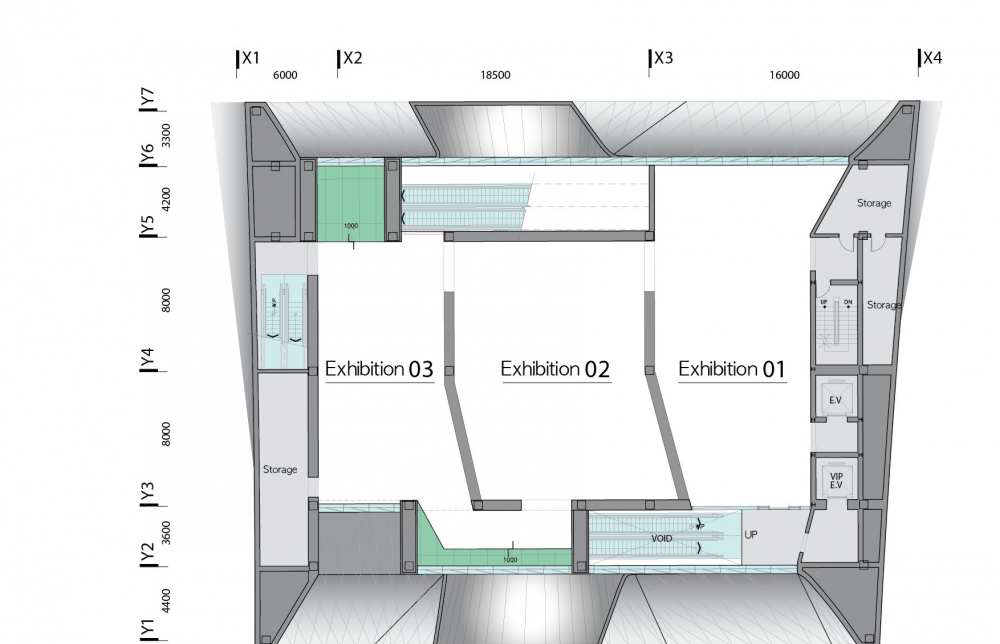 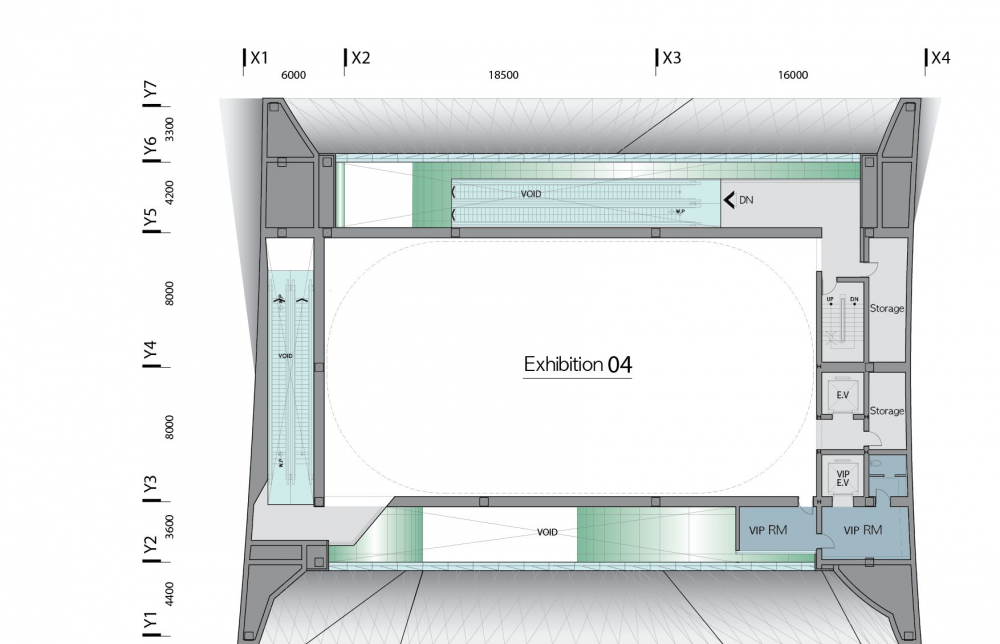 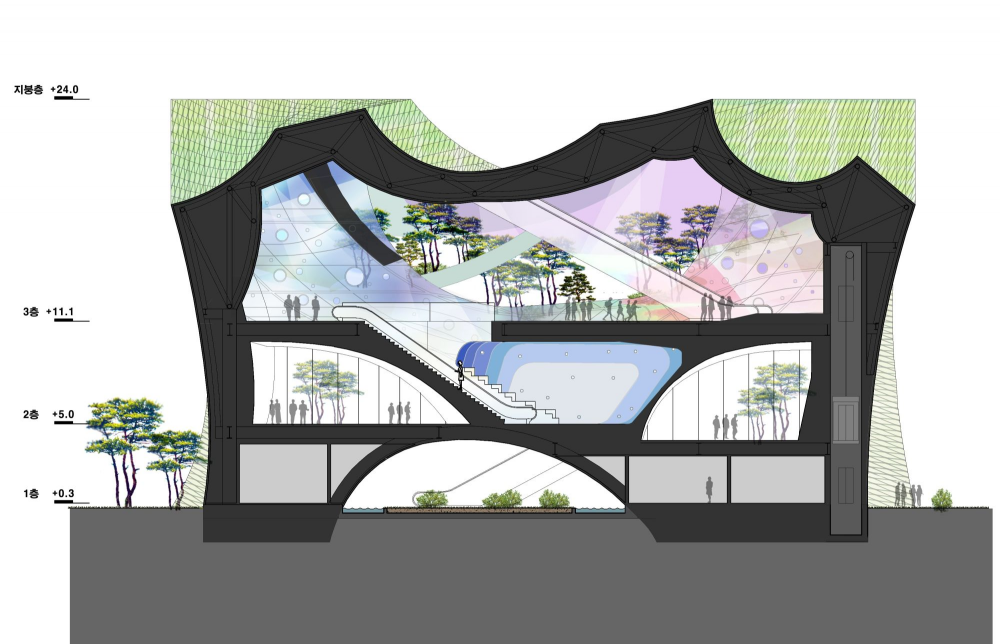 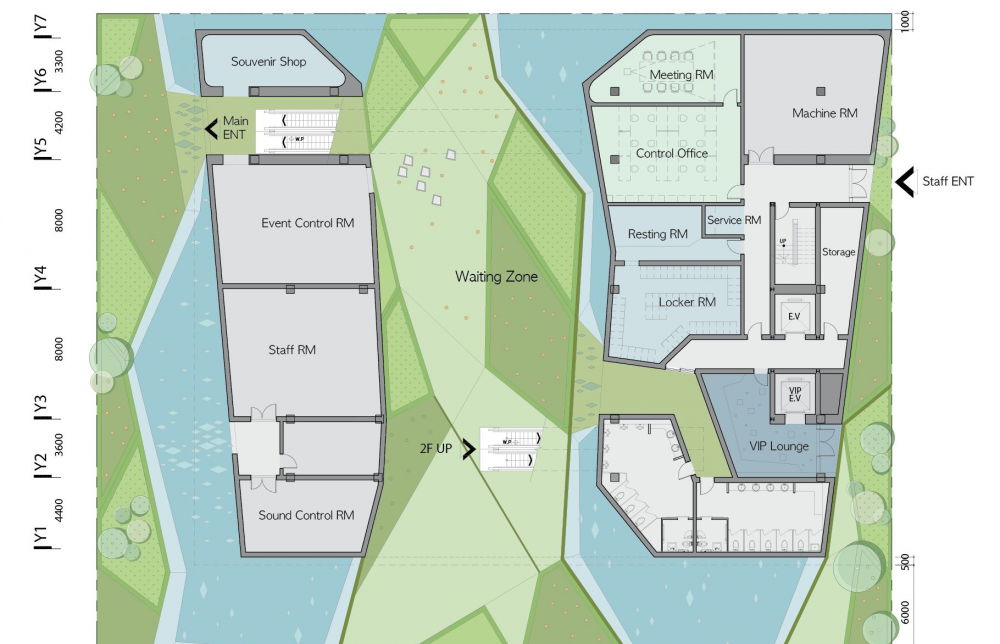 Though Yeosu EXPO Hyundai Motor Group Pavilion, Architectural work is suggested to convert the corporate brand image, which is creating the innovation of transportation in human history.

The architectural issue of “motion” is proposed through the new formation of dynamic section. The section of various waves, which signifies three dimensional “Blue Ocean Wave” movements which is overlapped and connected. This also connects with the architectural expression of constantly changing corporate brand image.

At the entry square, the displacement of wave forms the dynamic section and simple box shaped section of outlook over the sea. Sculptural architecture is realized by connecting three dimensional frames which are constructed to be contrasting. Also, symbolic composition, which connects and accepts various spirits of the corporation, is suggested by connecting the ocean side and the entry side frames of movements. It is the architecture of link. The link connects the conflicting corporate images such as logical reason and emotion, art and technology, past and future, changes and accumulation, and simplicity and diversity.

The momentum of architecture, configuration of blue ocean image, was intended to be realized. It is the configuration of wave and vibration of Hyundai Motor Group to the whole world. The various movements and energy of the section, amplifier, shape of mountain, and the wave of natural water are turned into figurative image. Architectural language of three dimensional waves is to be harmonized with the landscape of Dadohae Park. While creating huge resonance and echo, the brand scenario spreading to the city is embodied. The architecture is proposed as a large “Sound box”, which absorbs the energy of nature and releases the corporate image towards the maritime city. Especially at night, the media wall of interior creates luminous formation. It releases light and media while reflecting with single cross sectional tapered shape.

In the space of three dimensional waves, the complex urban is composed with various images and spaces of nature and cities. The Hyundai Motor and steel sector’s exhibition spaces, street of the city and plaza are composed as three dimensionally weightless spaces. It includes forest, resting area and playing space. The container of imagination embodying future issues such as human, environments, urban, technologies, and energy are architecturalized.

The empty exhibition spaces such as interior atrium became various changing spaces through cubical matrix box. By Starting with white cube which is a standard unit and basis of all matters, the philosophy of Transformer movement is realized as interior exhibition concept. It is achieved through the wall of spectacle composed of various cubes which moves by mechanism.