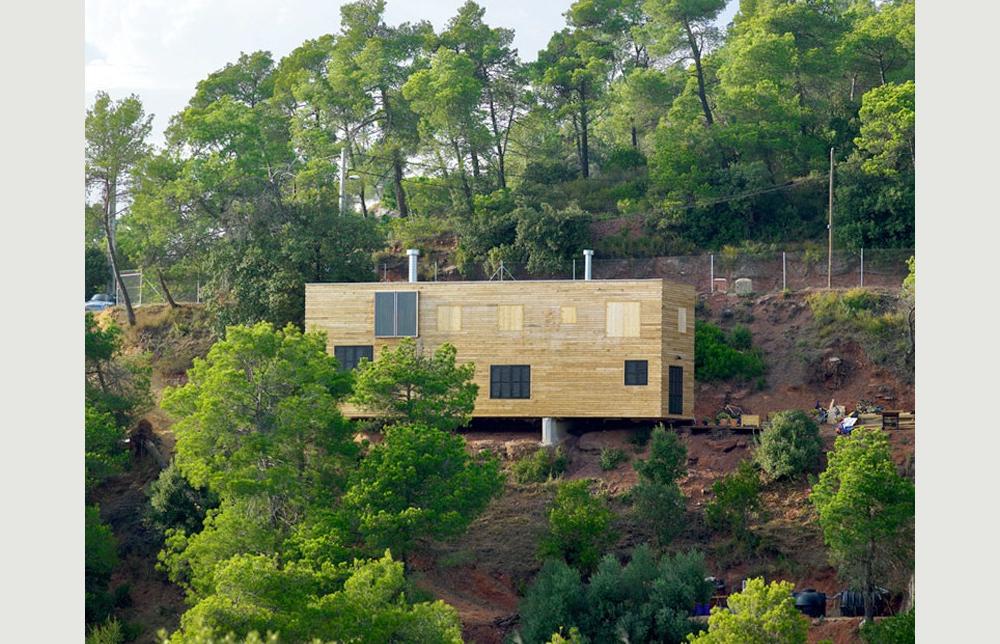 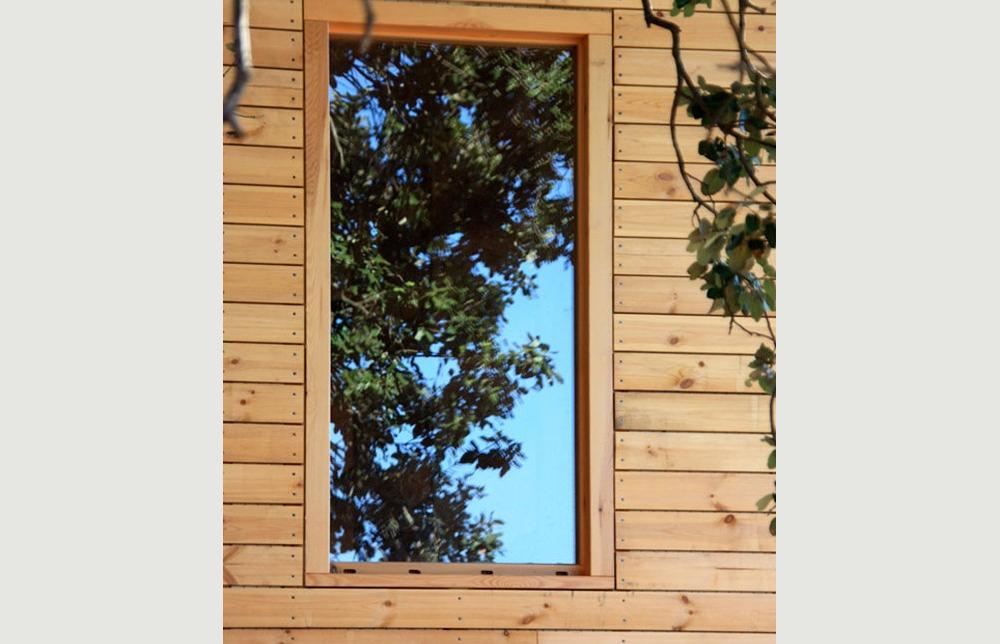 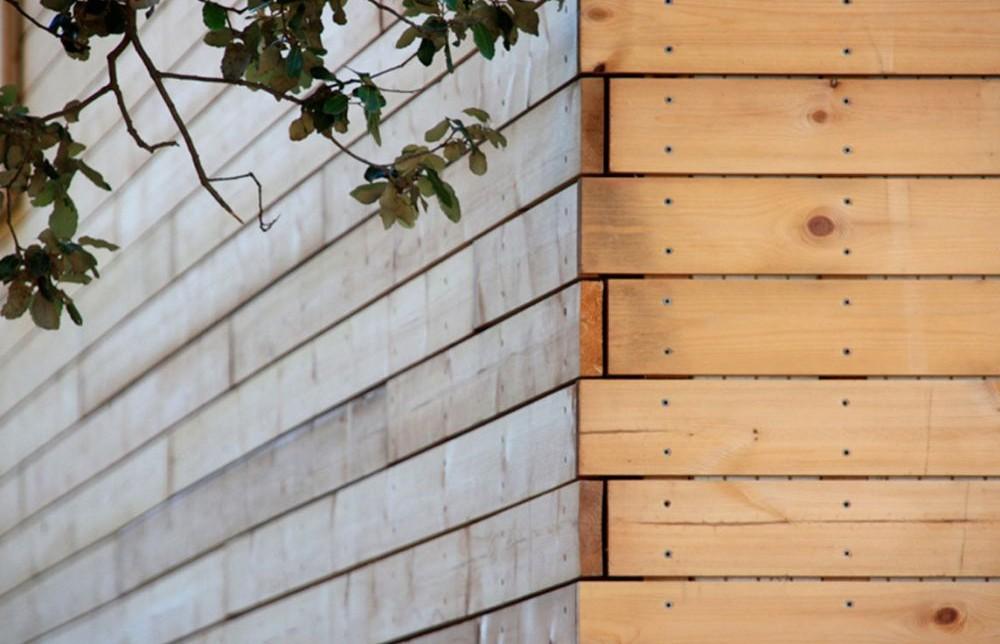 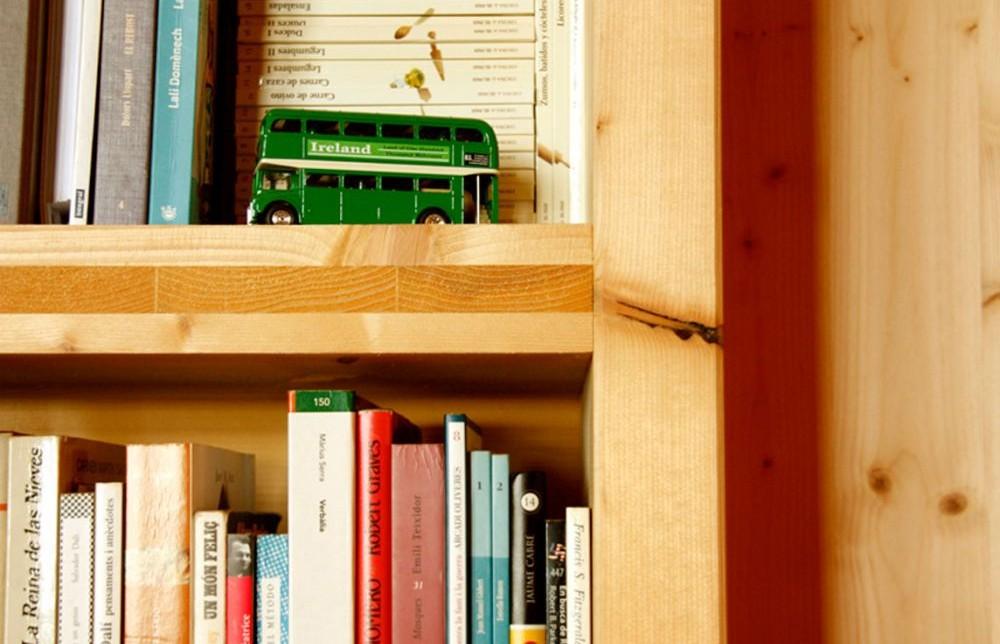 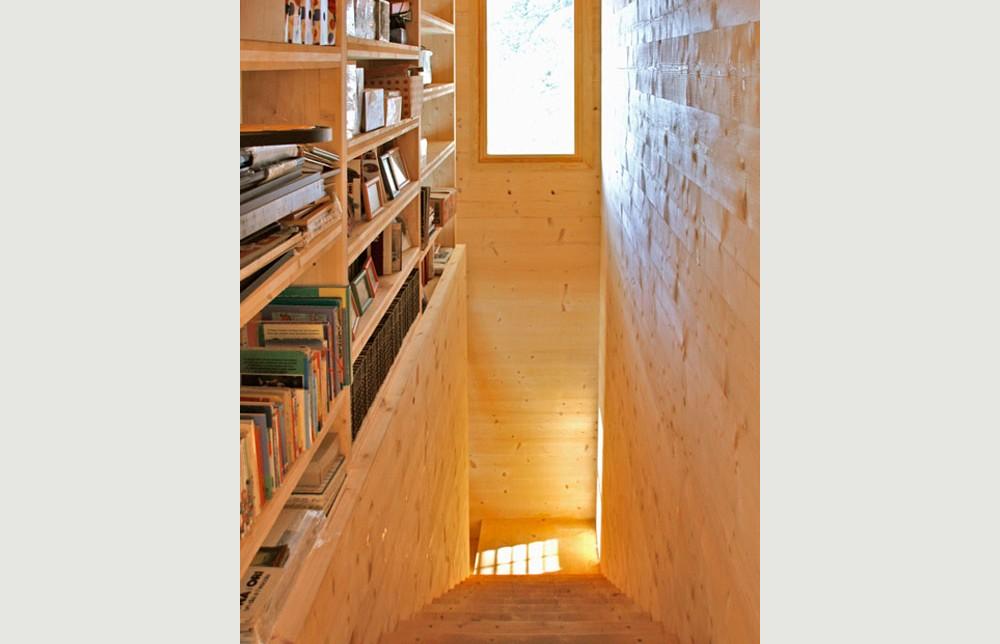 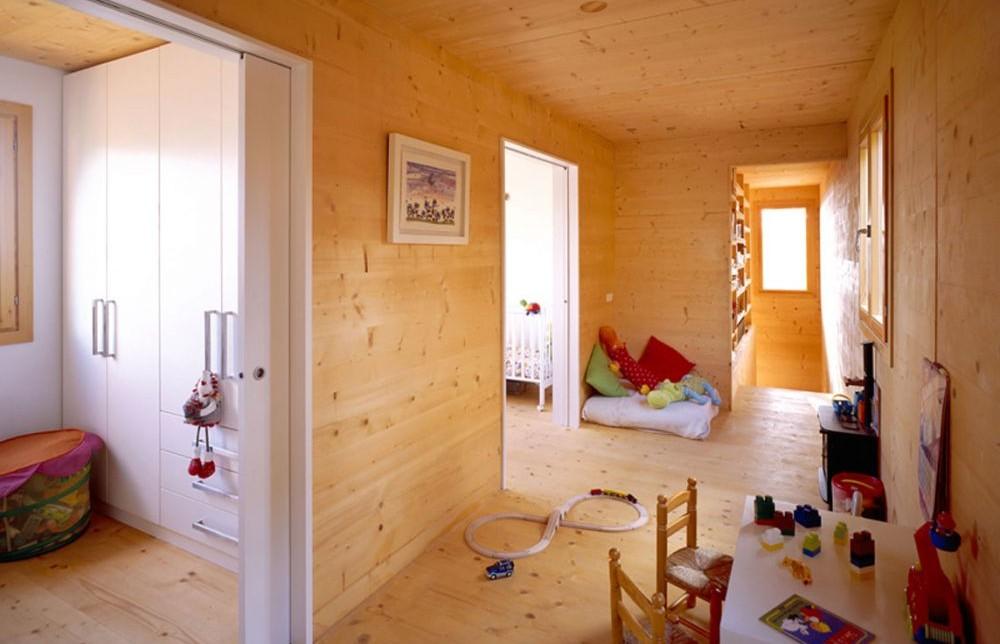 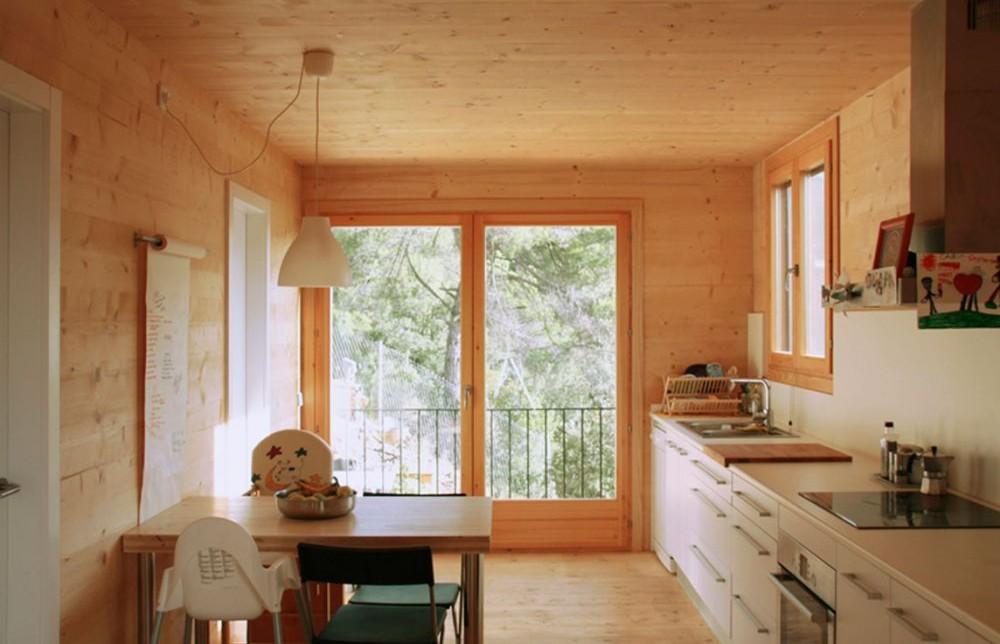 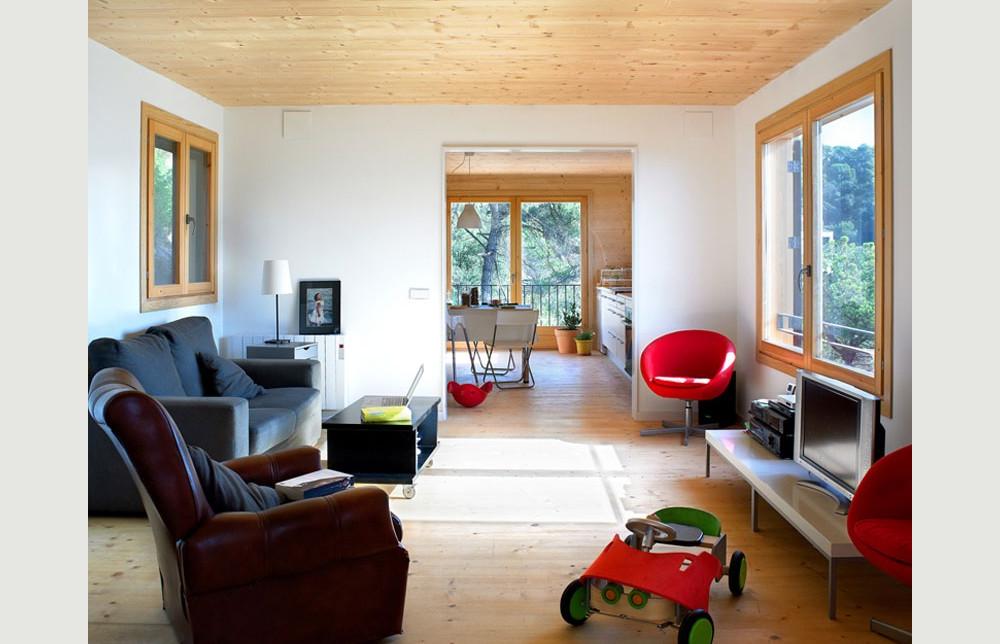 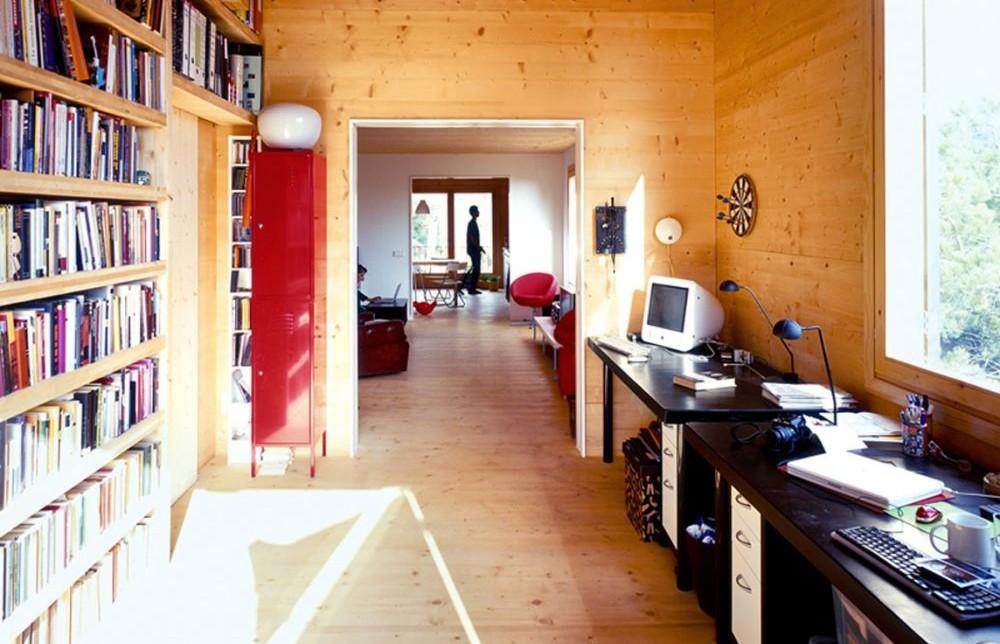 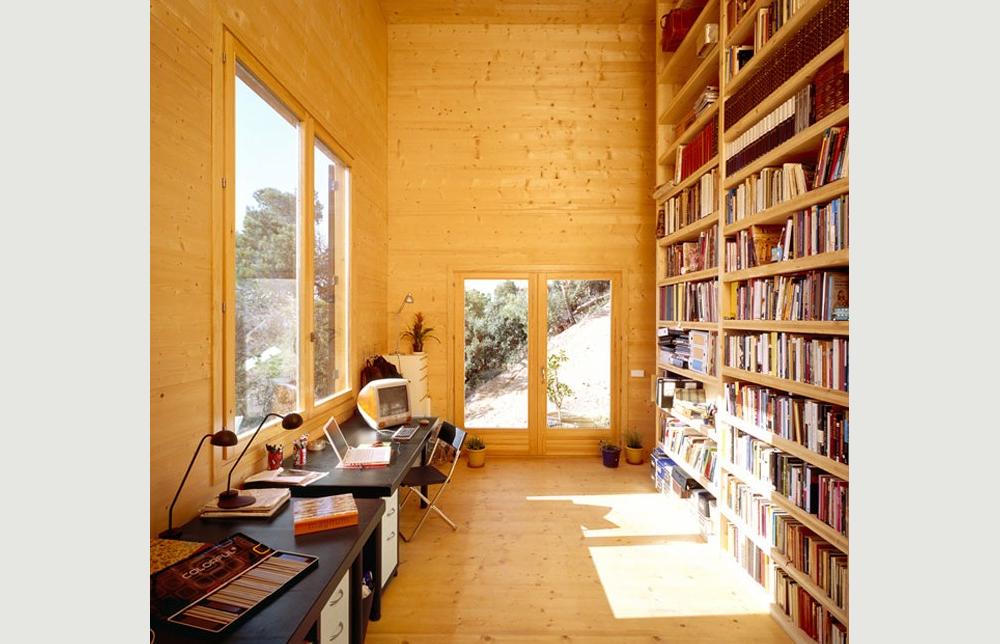 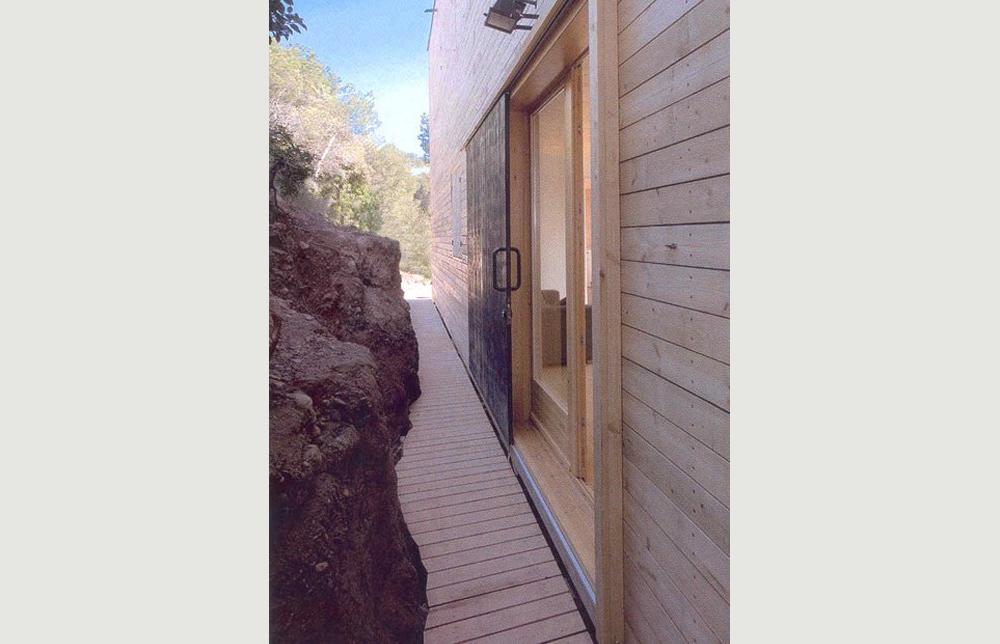 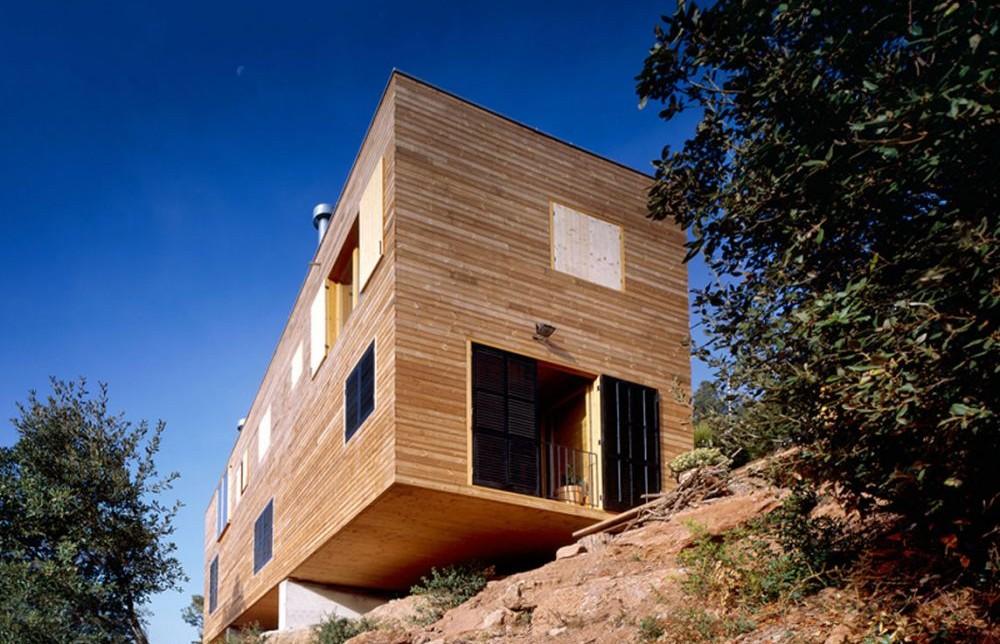 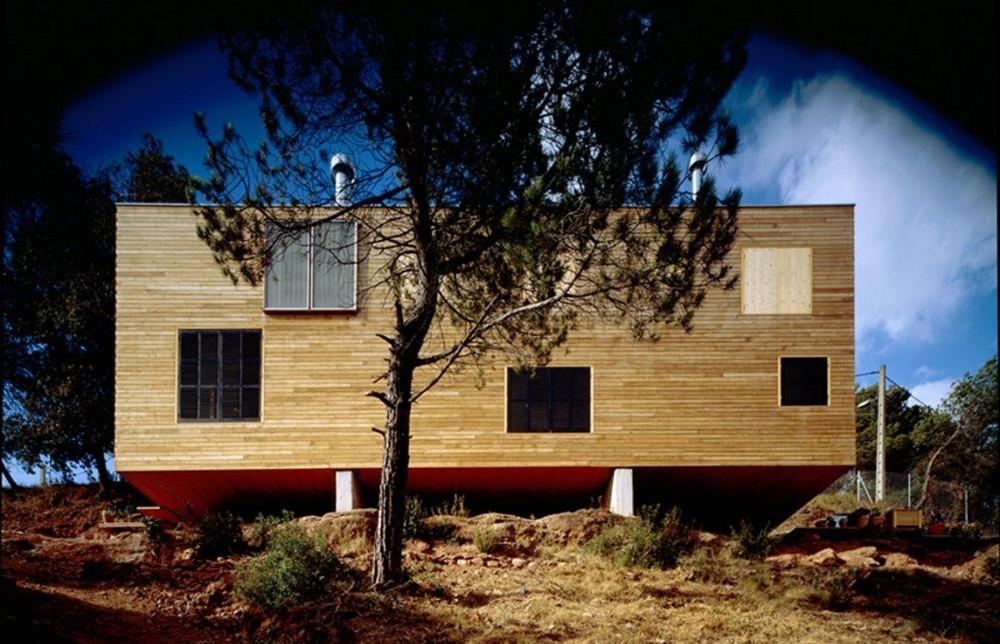 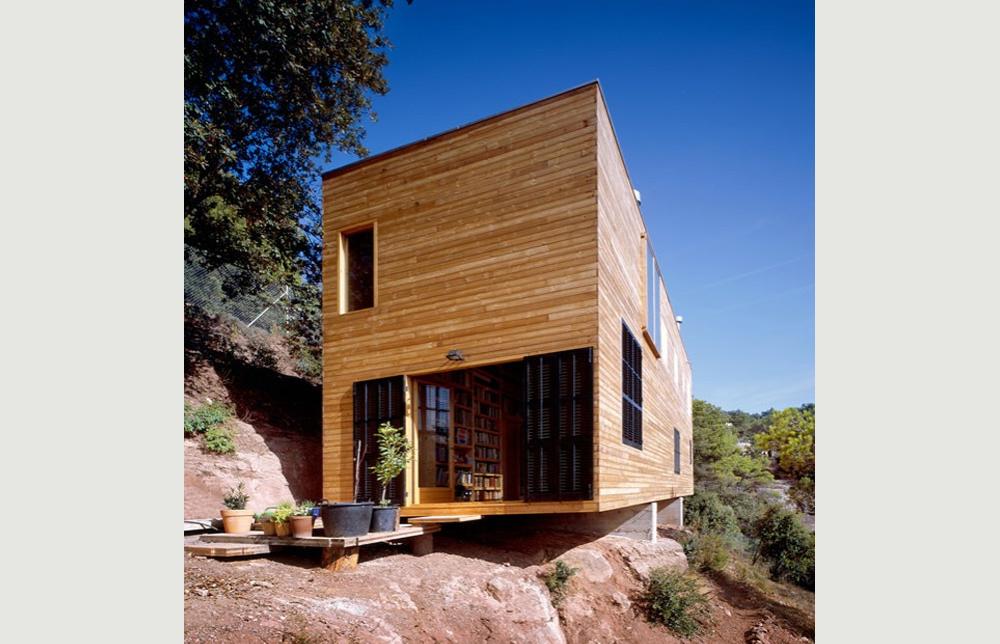 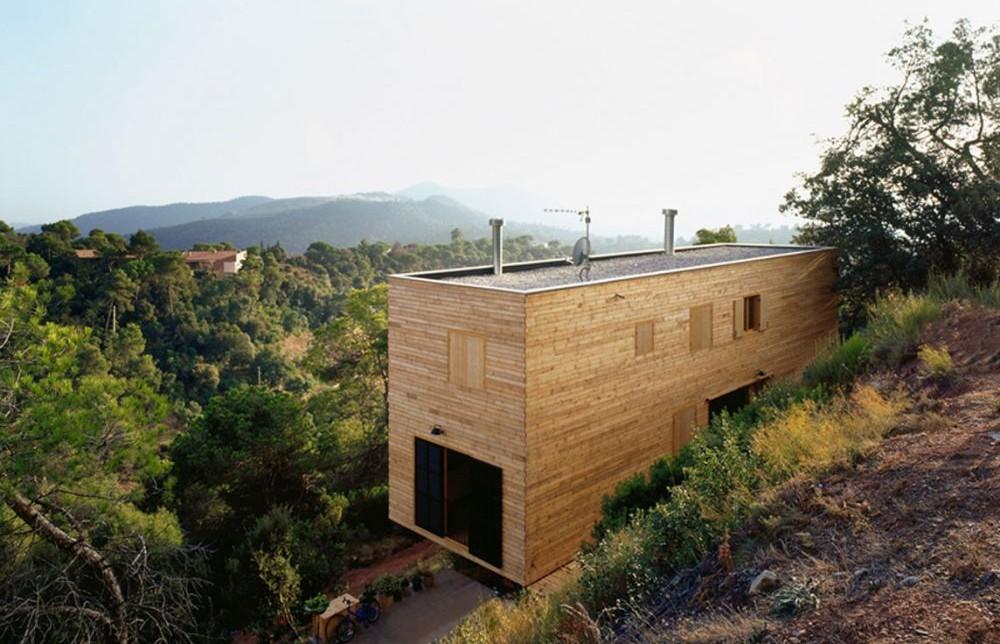 The setting of the project is a plot with steep slopes and a great amount of trees and bushes. The aim is building a house without causing any serious impacts on the land. The house will be built on a natural rocky platform. This platform will also be used as either the exit or the garden of the house. The architects and the property developers have agreed on minimizing land movements in order to build the artificial landscaped platforms. The target is to make good use of the existing land shelves. This will allow us to preserve the natural physiognomy of the wood. The only uneven area will be the path ramp, which will cross the piece of land diagonally. This artificial ramp will communicate the street with the different plot levels.

The inner layout of the house is based on a lineal sequence of rooms of different proportions linked to the structure. There are great sliding opened areas, which will provide both harmony and versatility. The house can work as an open-plan space or as individual, closed spaces.

This layout allows us to give the structure a very efficient dimensioning and the creation of big arches. The arches will articulate the geometry of the rock and the house, thus minimizing the foundations of the building.

This structural system implies a very important diminishment of the weight, raw material, energy and so the CO2 emissions associated with the foundations and structure of the building. The dry assembly is easy, quick and helps saving great amounts of water. Altogether eases the building and reduces significantly the cost and time investments. The laminated wood is a renewable material that can be dismantled and therefore recycled. This means its life cycle is practically closed.

The laminated wood panels may rest on sight on walls, ceilings and floors. In order to reduce the costs on coating and interior finishing, we have tried to reduce the facings on sight.
The installations are hidden but they have just been panelled with gypsum wallboard on those rooms, which distribute the system around the house. Finally, half of the rooms have been left with the structure of its facings on sight.

The facades are ventilated and finished with coniferous wood such as Flanders pine. The openings have also been finished with wooden fitters protected with removable shutters. The transpirability of the facade is guaranteed with a TYVEK panel, which protects the wood. The transpirability of the roof is solved by a draining sheet, which creates a small ventilated room.

The final result is a wooden volume set on a large rock and surrounded by forest, which prevents the ecological visual impact.