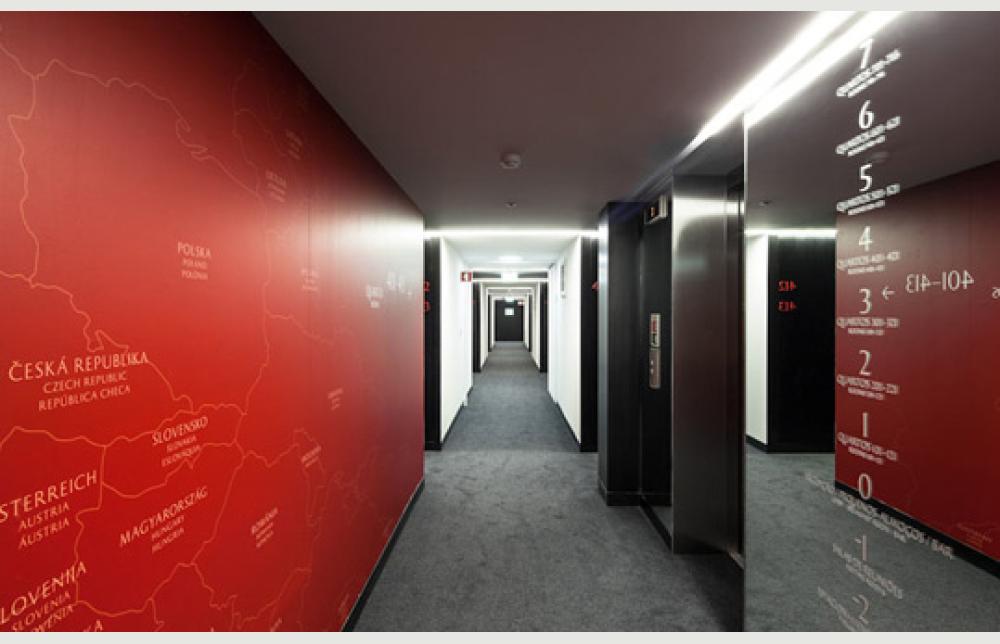 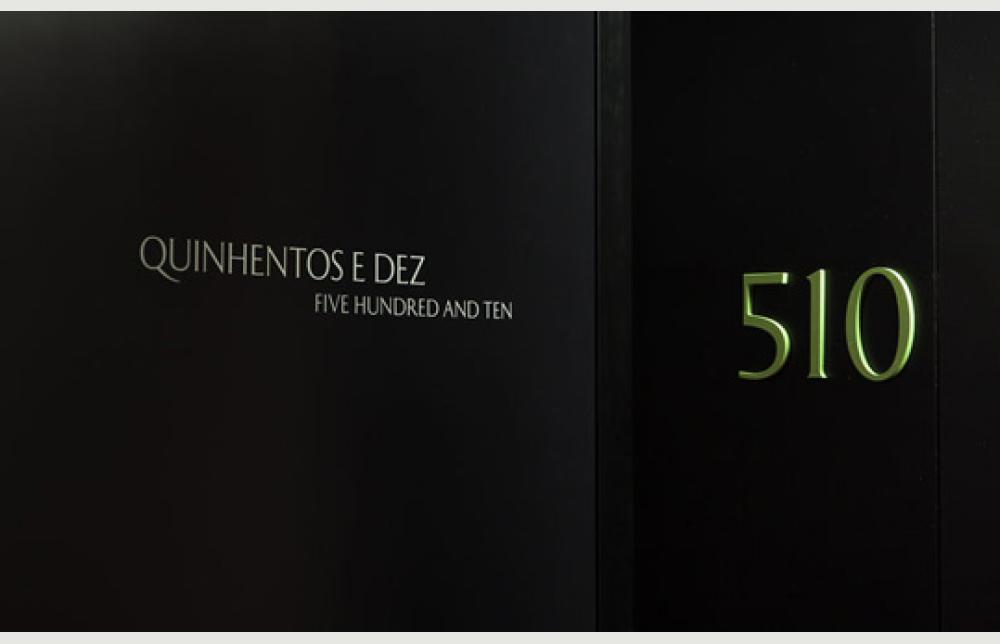 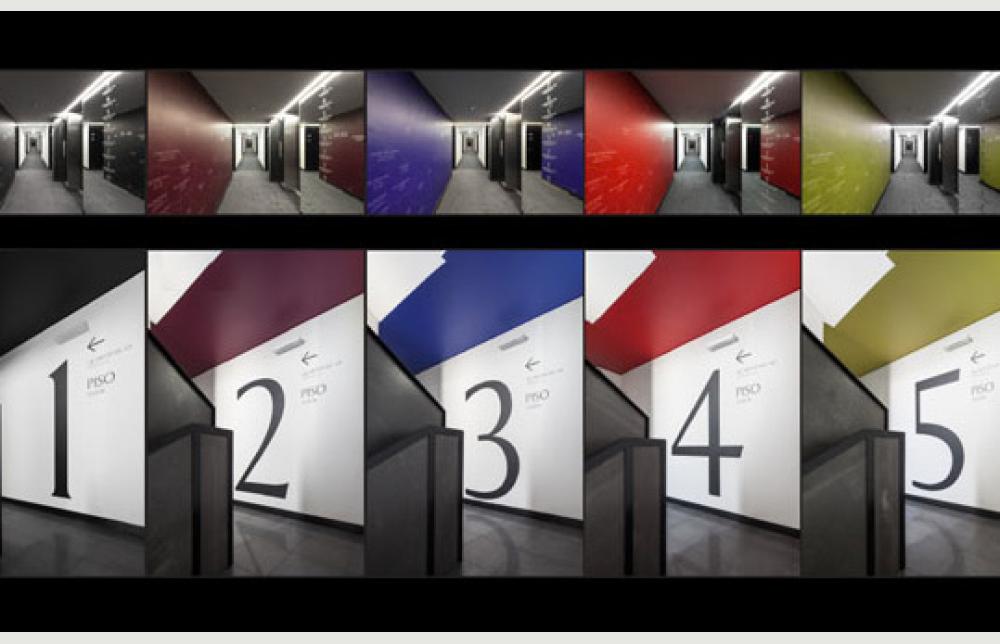 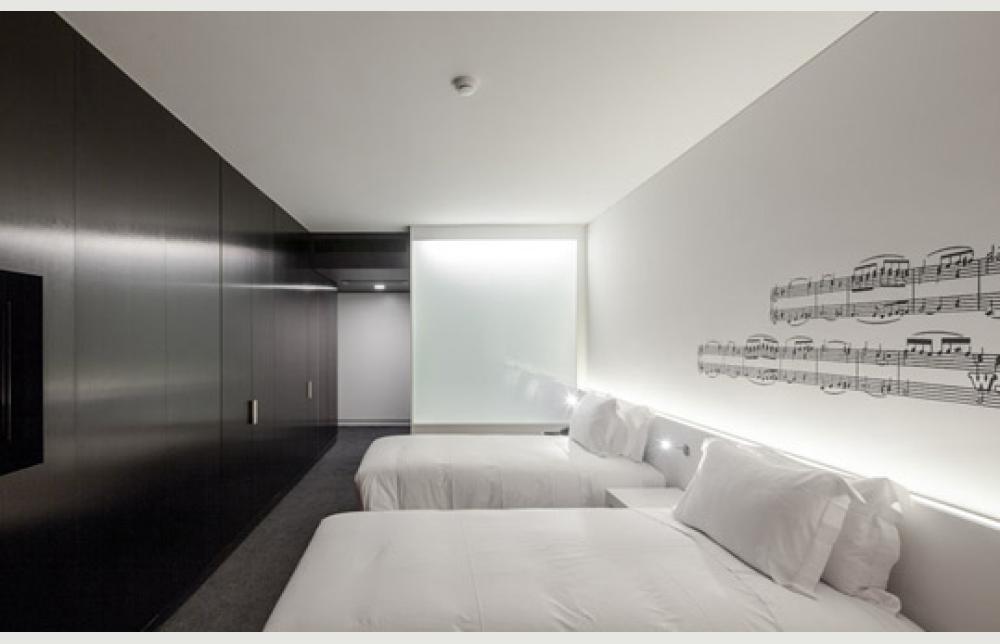 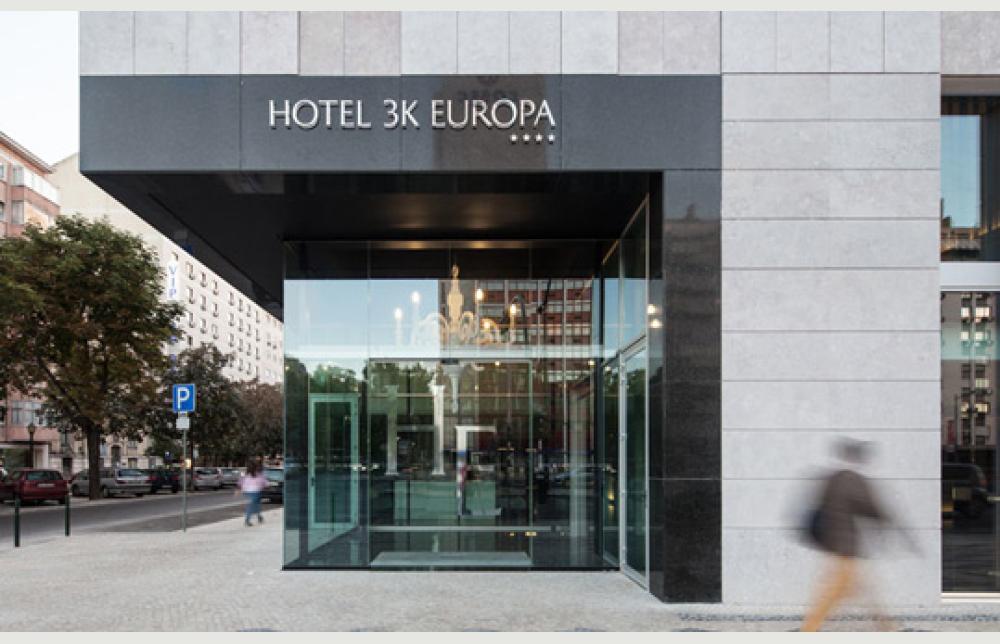 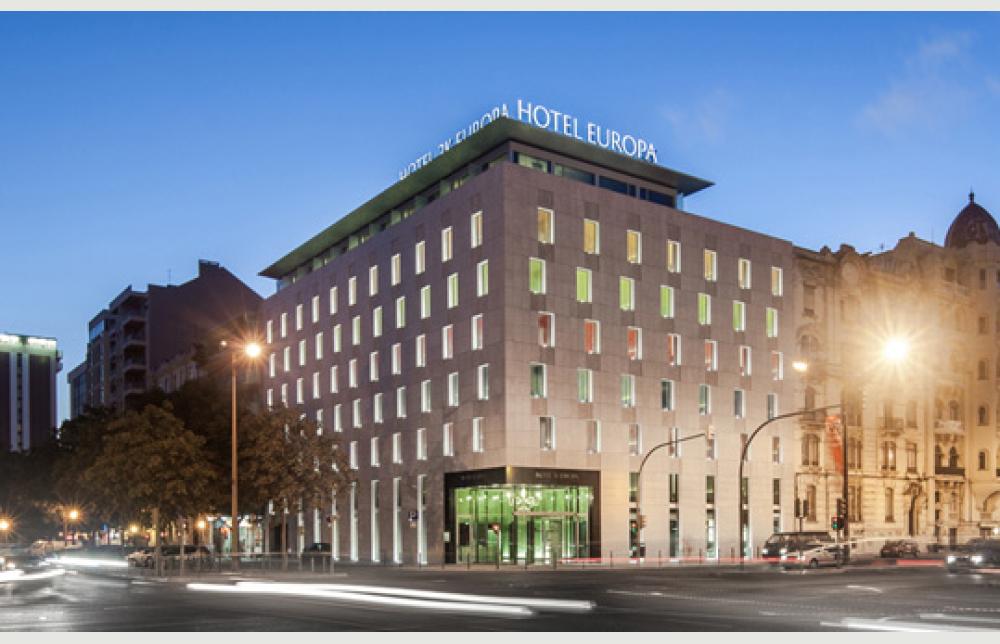 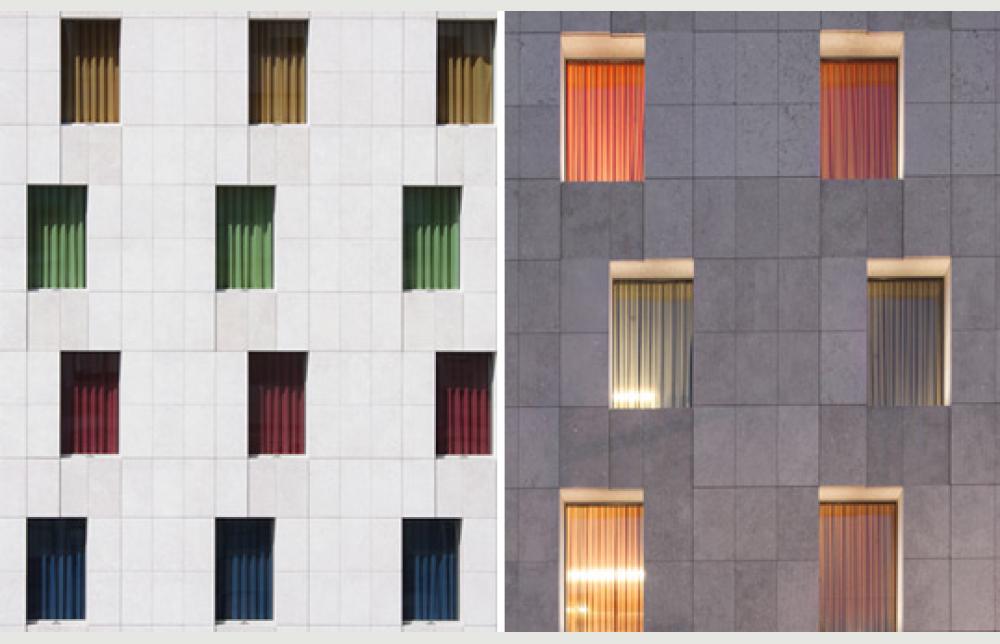 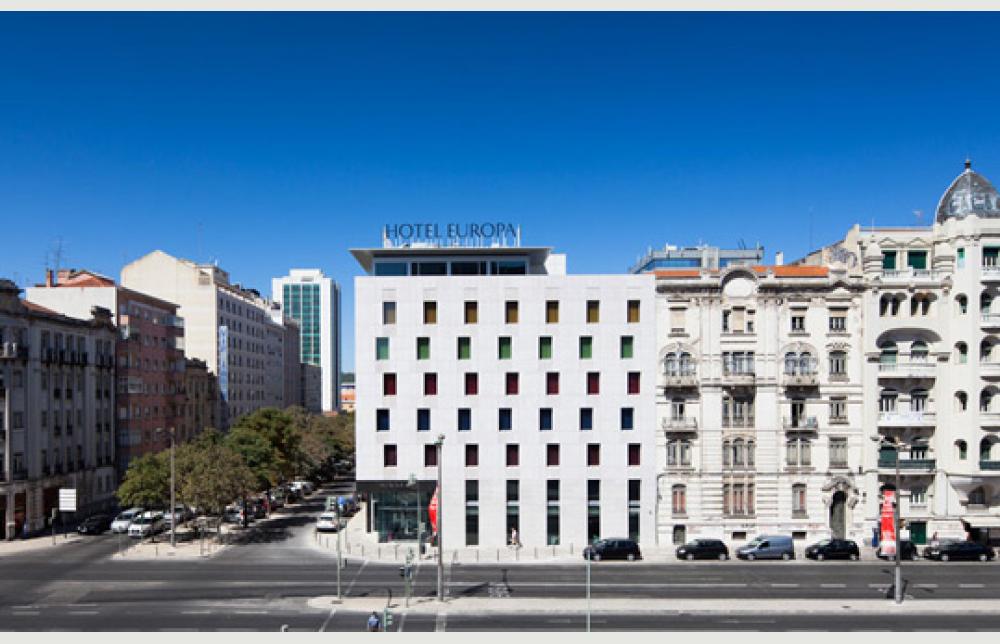 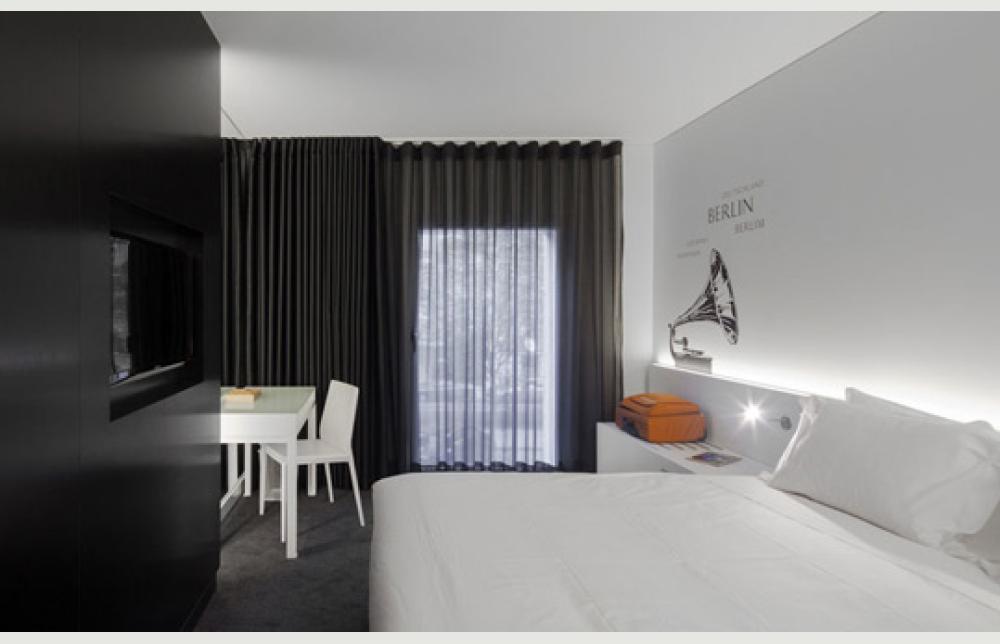 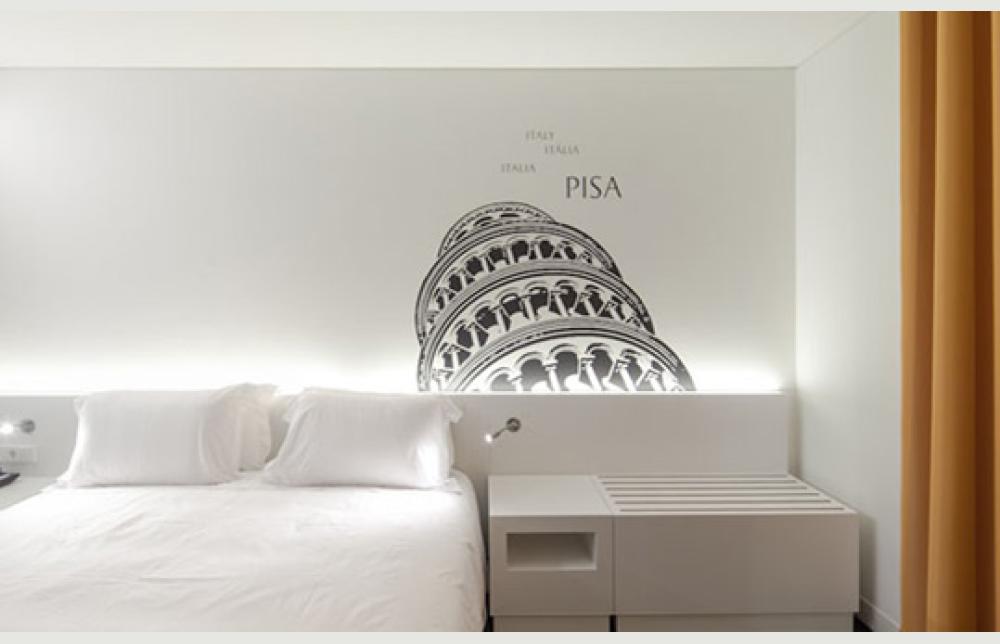 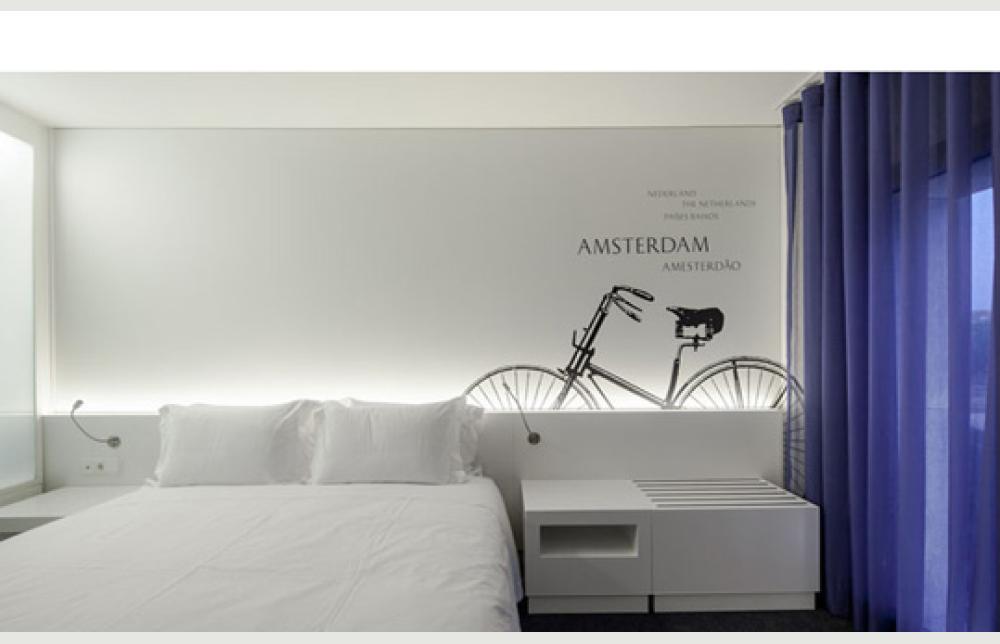 This project consisted in the development of a signage system and the chromatic study for the hotel, and also in the customization of specific spaces using thematic illustrations and graphics. The client aimed to communicate “Europe” throughout the hotel’s spaces. In order to do so, we used illustrations and typography that played around with the different European languages and cultural icons or symbols of each country (illustrations in the rooms), and also some Europe maps.

The spaces were organized by an specific color code in order to create a different atmosphere for each floor / zone. Going up from the first floor to the seventh, we will have seven different colors (one by floor). This color code can be observed in several elements, such as the curtains in the rooms, the main stairway of the hotel, the colored maps in front of the elevators in the room floors, and the room door numbers along the corridors. Going down from the ground floor to minus four (last of the parking levels), the colors are essentially black and white (the neutral colors used throughout all the areas of the building) and also dark red (the institutional color of the hotel). The signage system along the hotel is sometimes discreet and sometimes intentionally oversized (like in the parking lot, or the main stairway of the hotel), depending on the needs of the specific spaces.