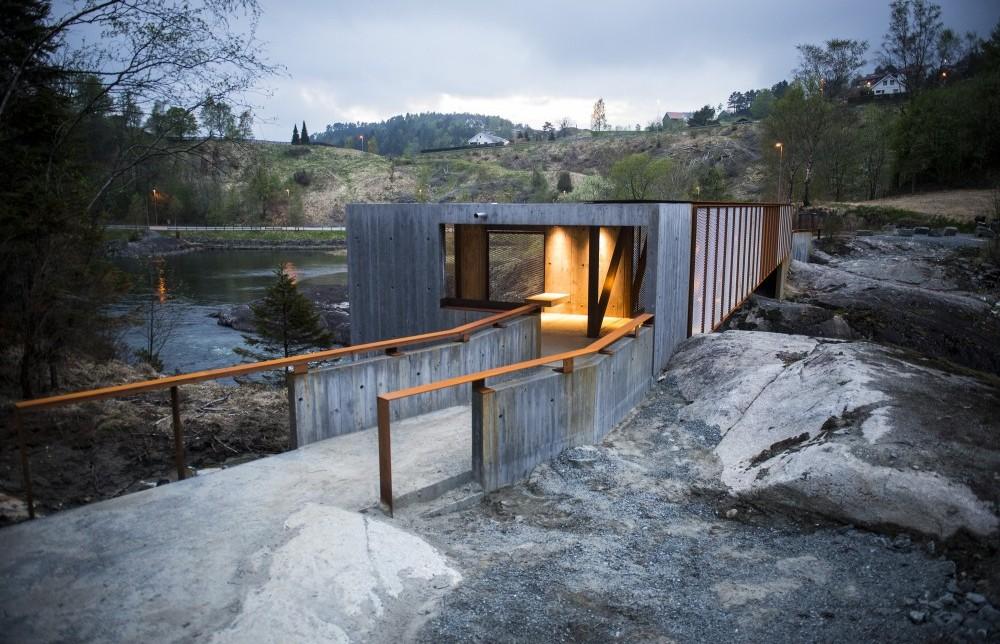 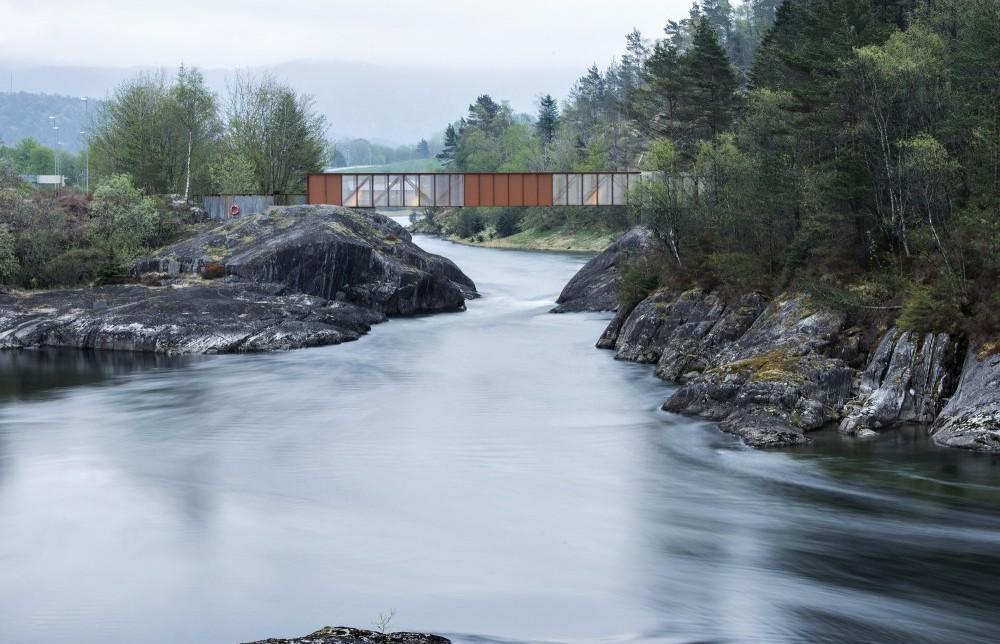 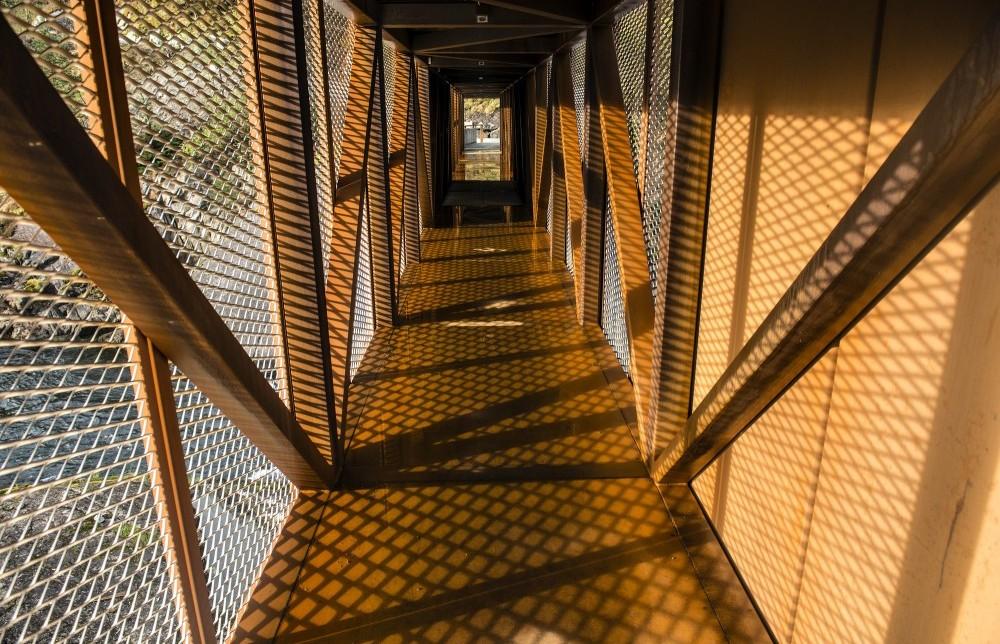 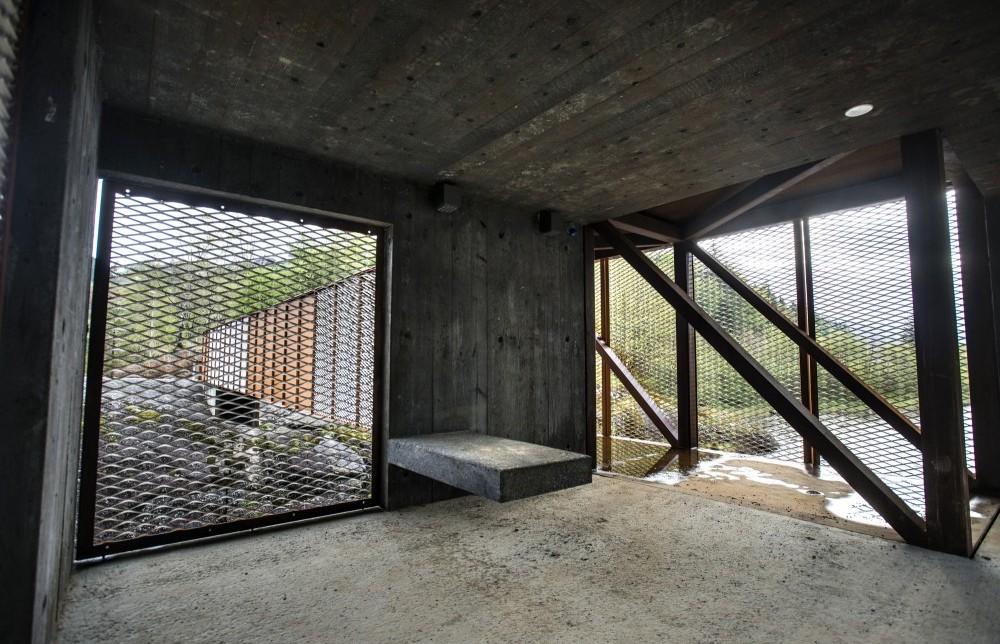 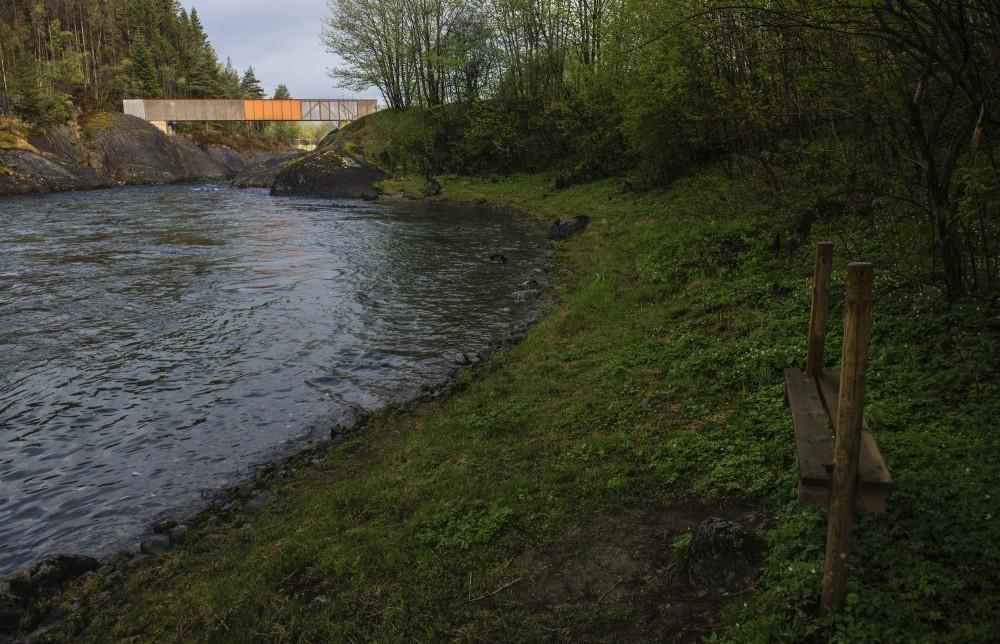 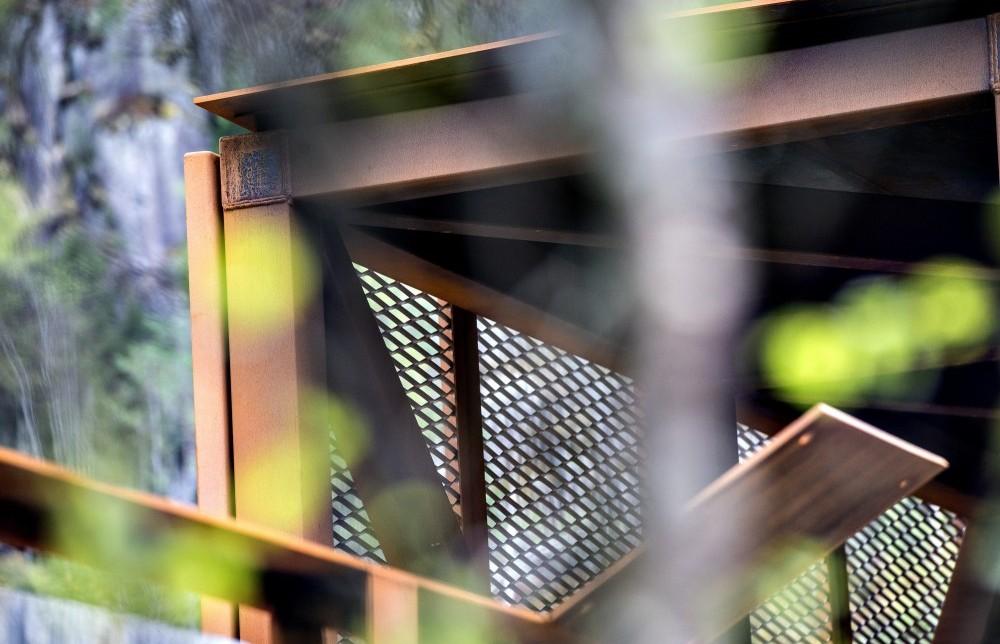 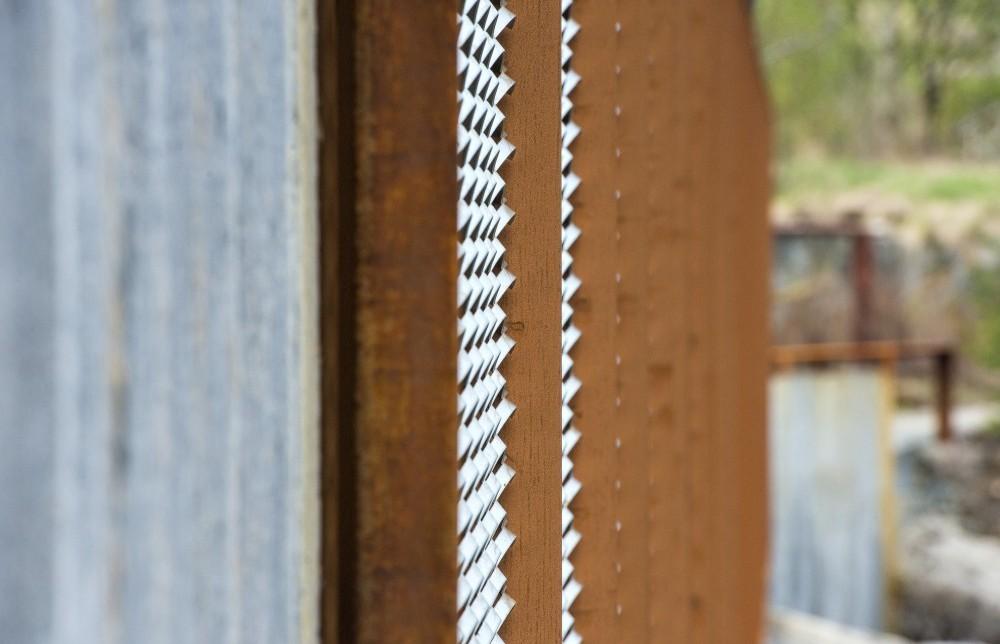 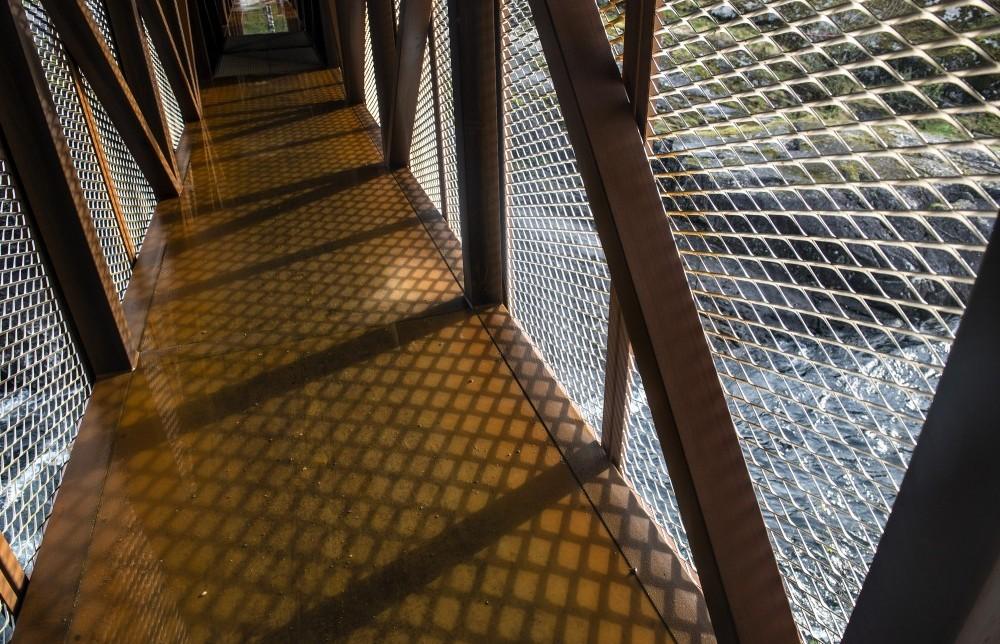 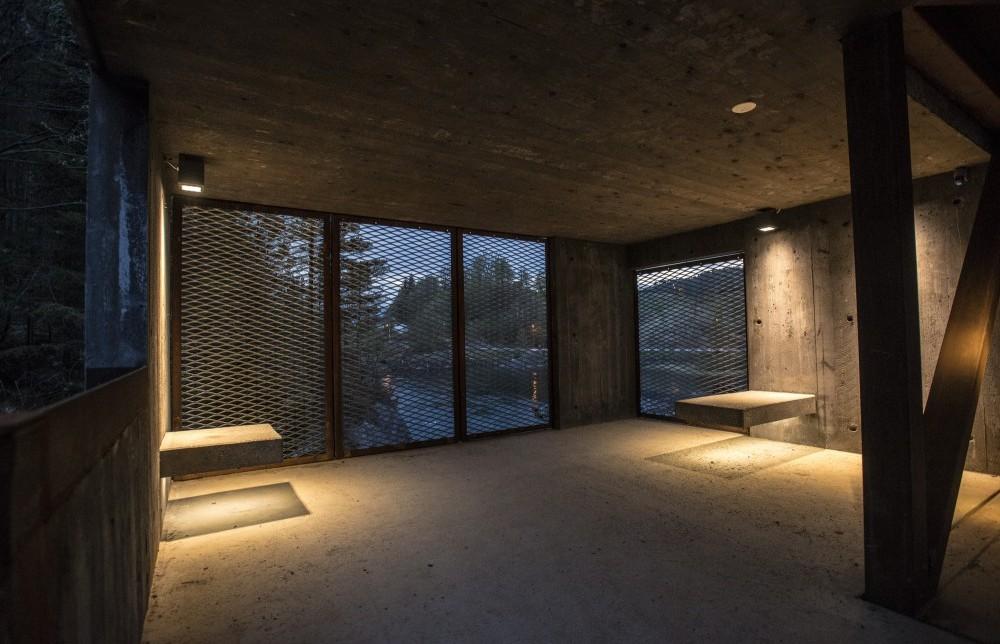 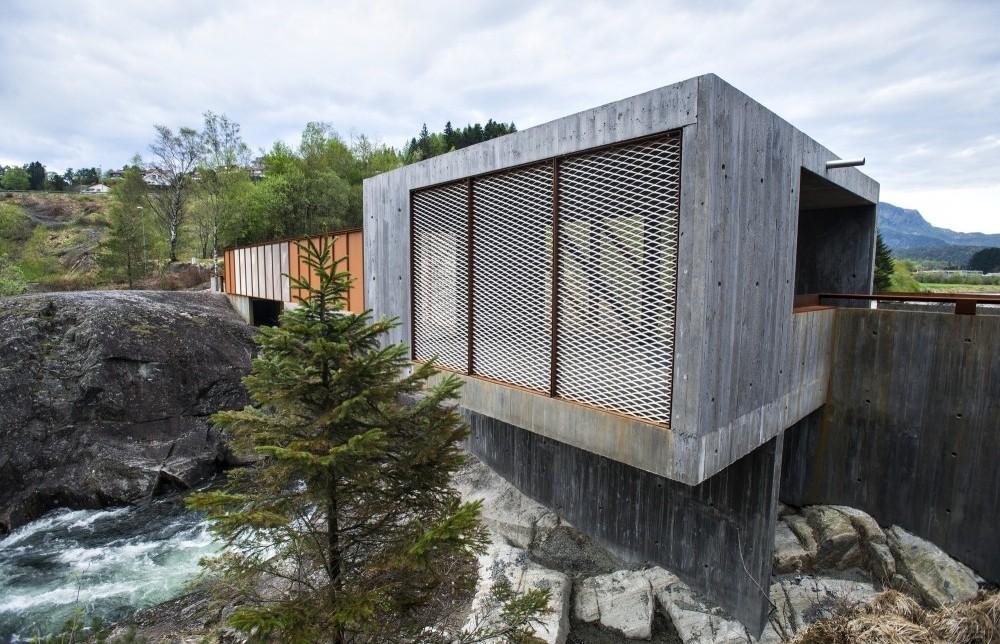 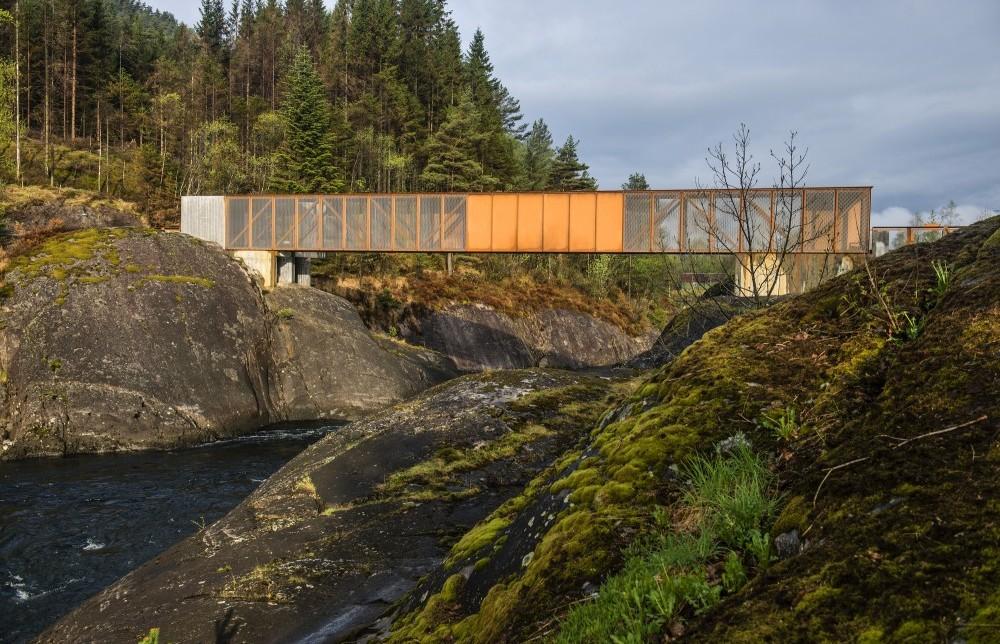 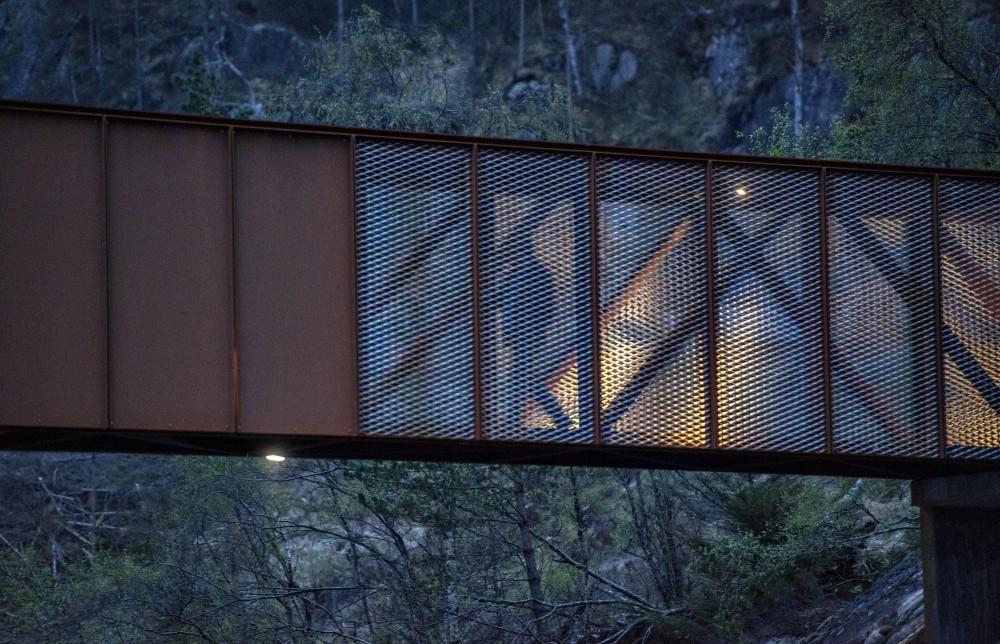 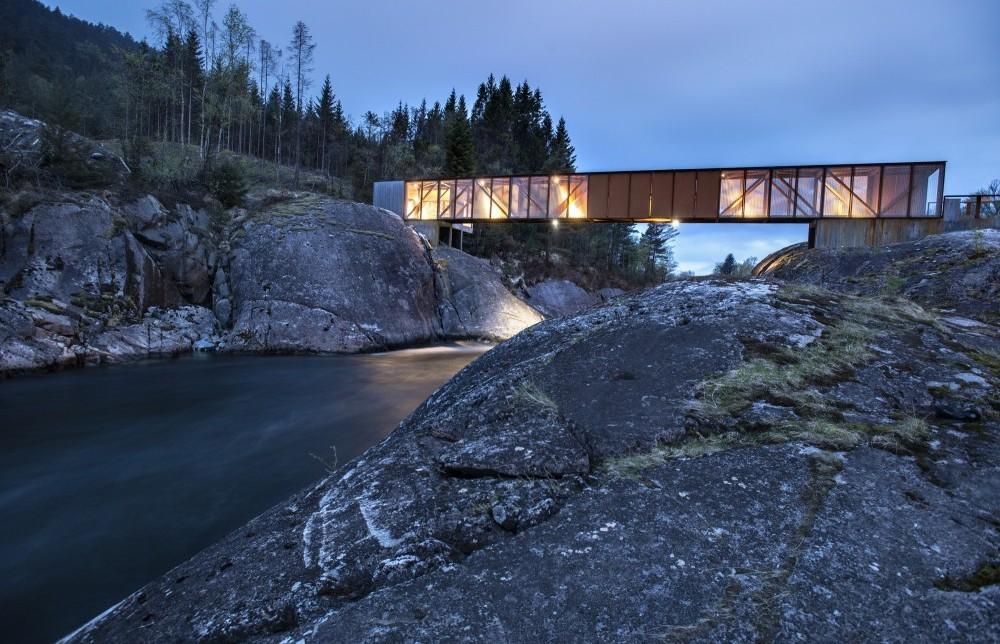 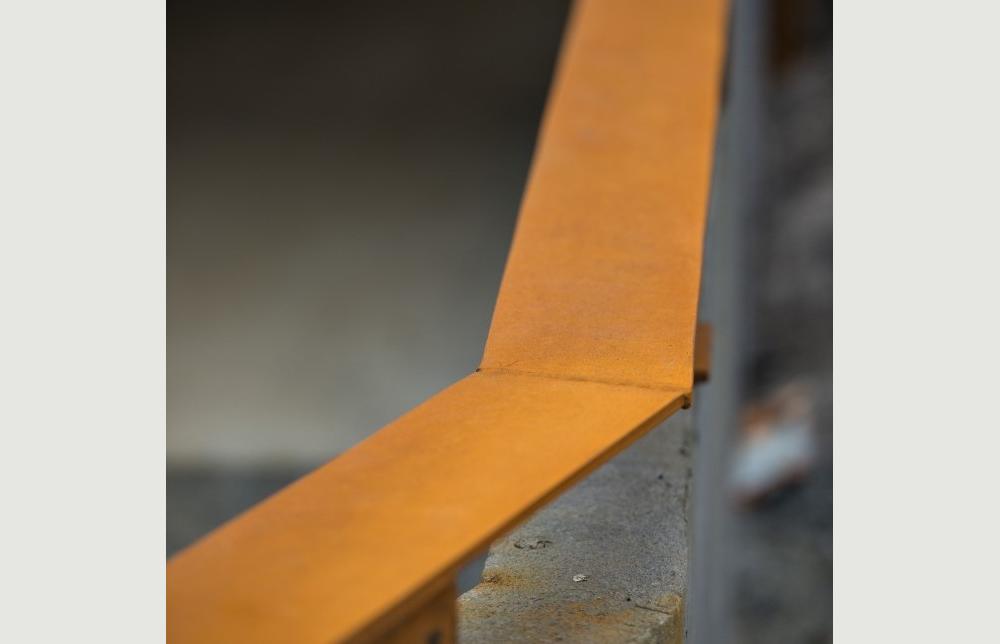 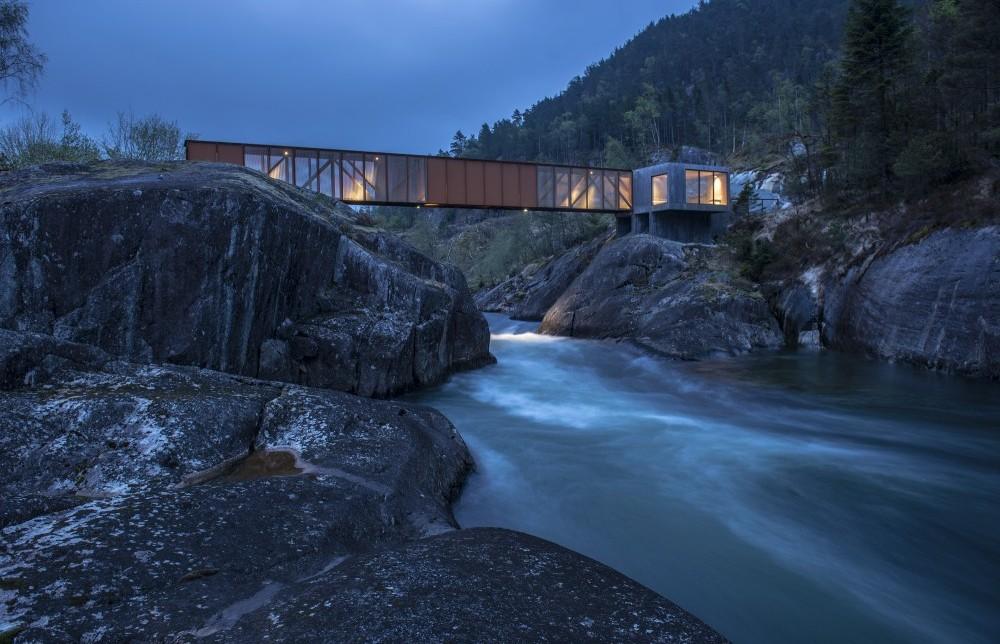 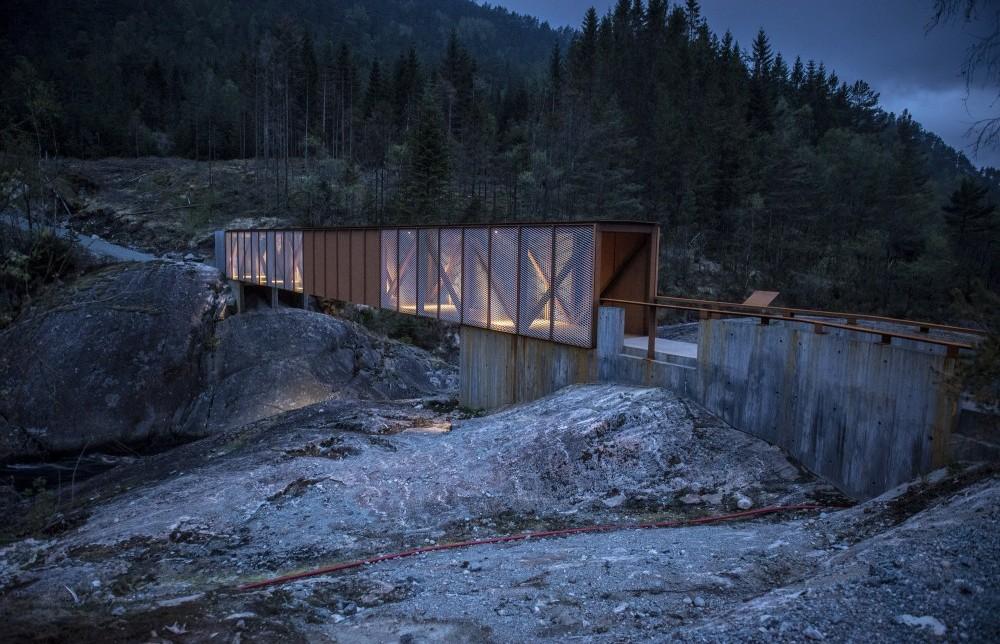 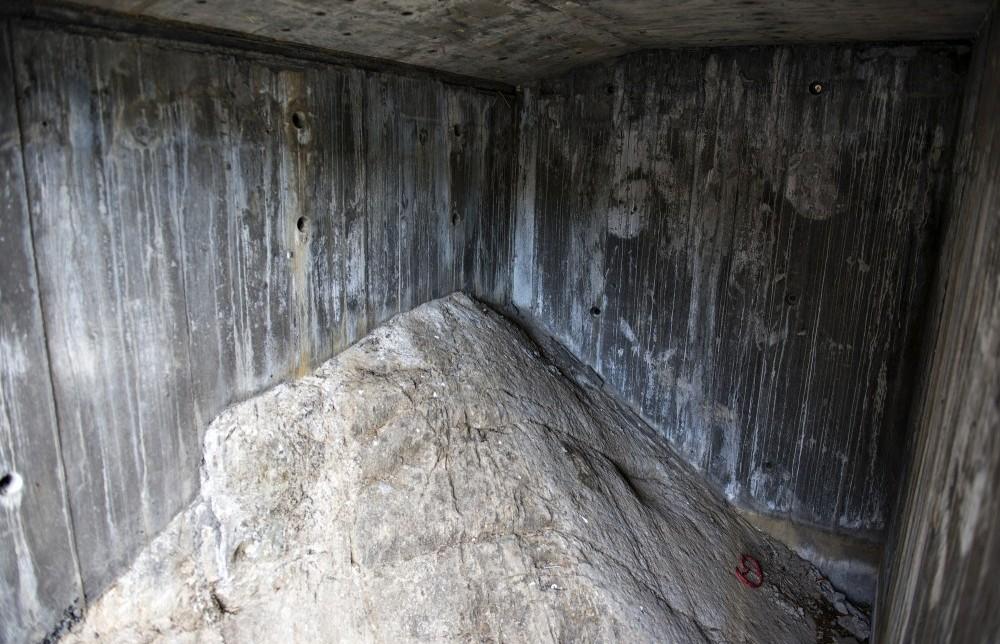 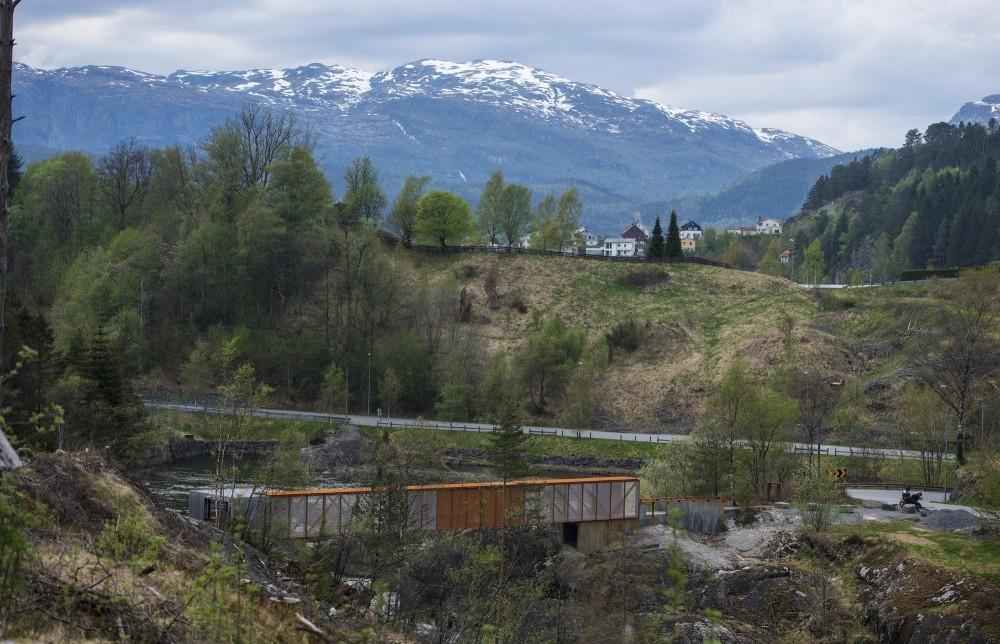 The bridge is located just north of the town Sand in the municipality of Suldal on the west coast of Norway. It is the result of extensive design process which started in 2008 after a design workshop together with Czech architect Ivan Kroupa where the inhabitants of Sand were given the opportunity to make a referendum over some of our initial ideas.

The bridge connects the town to a vast wooden landscape which is used for recreation by the inhabitants of Sand. This new connection makes the area more accessible for the general public and allows people of all generations to use the area.

The idea behind the chosen proposal was to establish a horizontal reference line in the landscape, to emphasize the undulant and organic shapes in the bedrock. The bridge consists of two steel lattice beams in corten steel on each side of the walkway, with a system of vertical and diagonal members. The walls are clad with sheets of stainless steel stretch-metal and corten steel. On the south side of the river, after crossing the bridge from Sand, a small pavilion in concrete was made to accommodate for small picnics and pit-stops for passers-by.

An important issue from the very start of the design process was to capture the power of the river running underneath the bridge. This was developed into an enclosed acoustic space above the middle of the river with a view through a steel grate directly down to the river, which gives the visitor a direct connection with this untamed natural element.