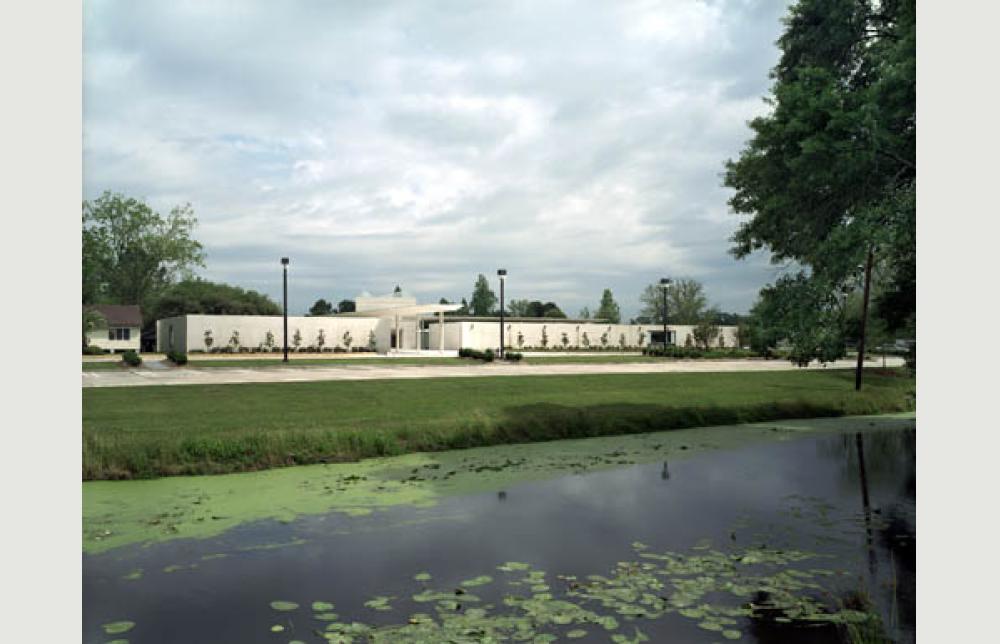 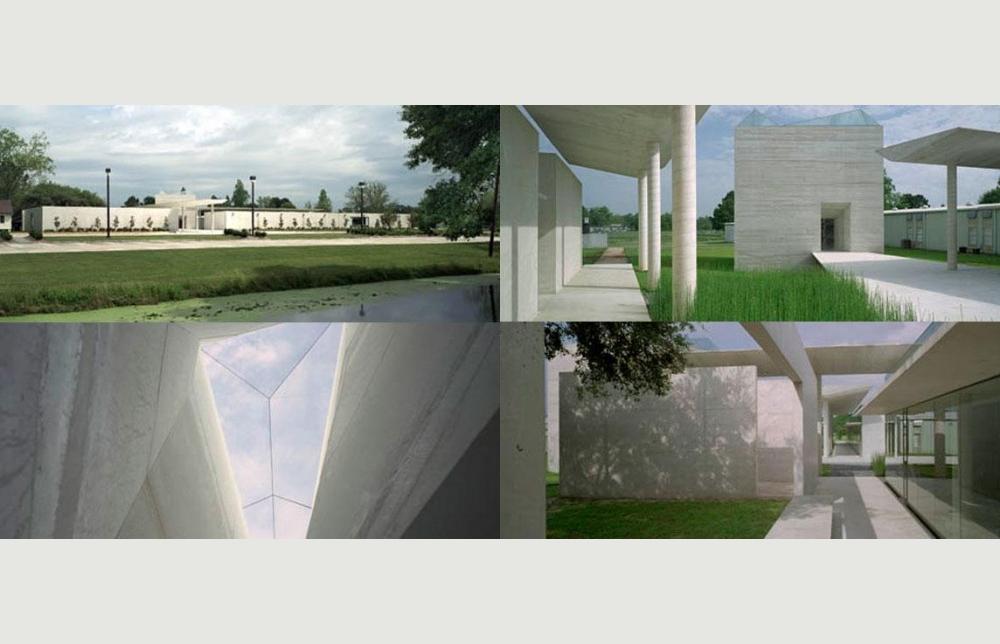 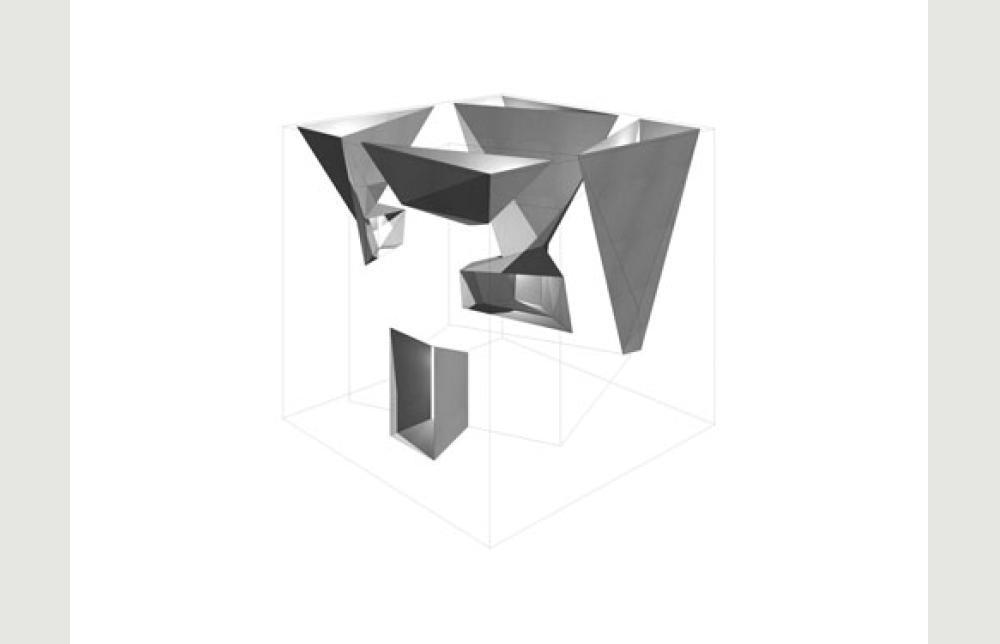 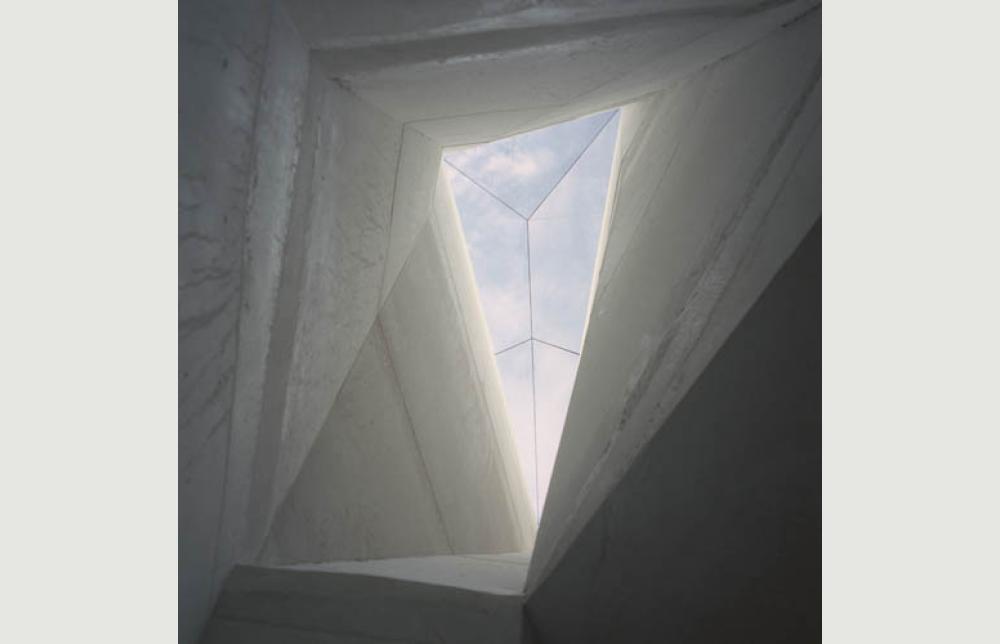 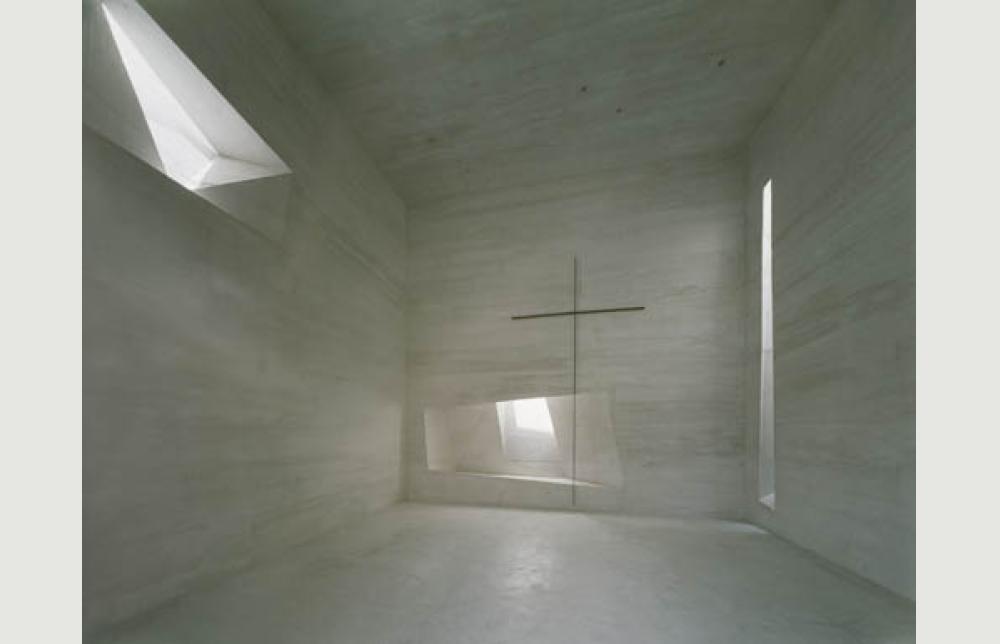 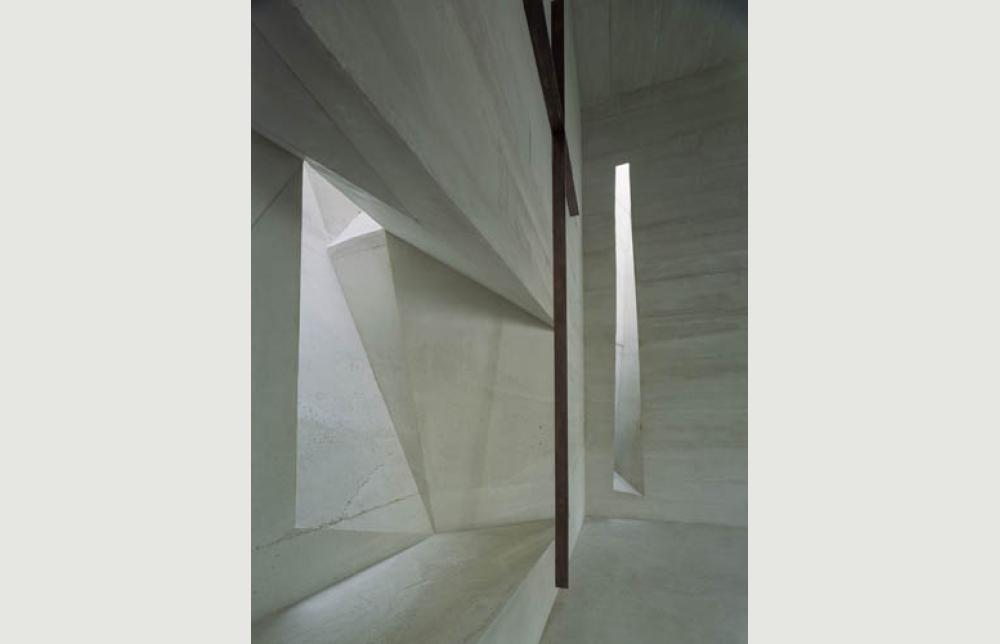 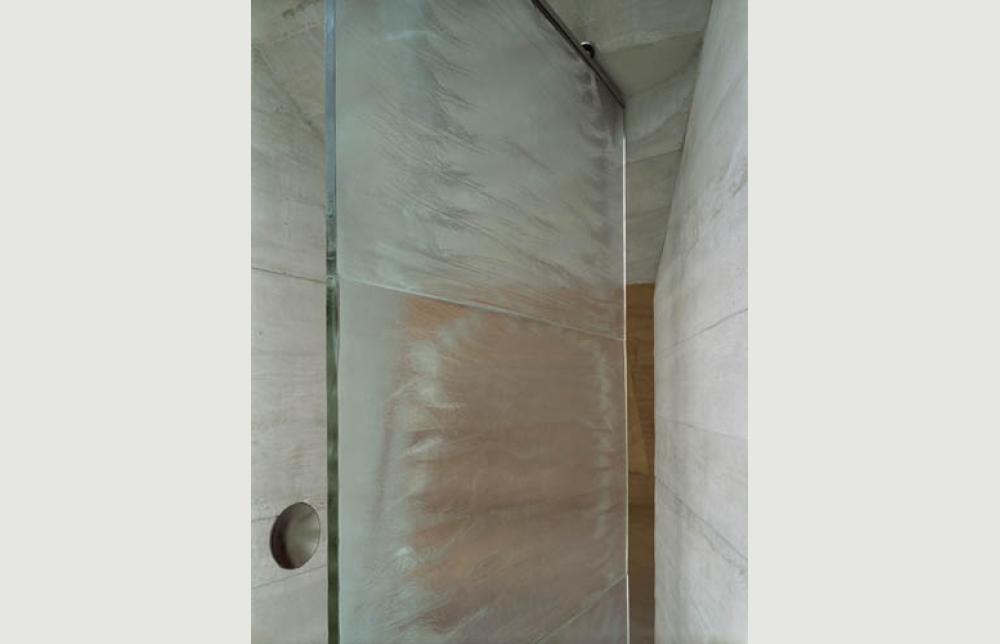 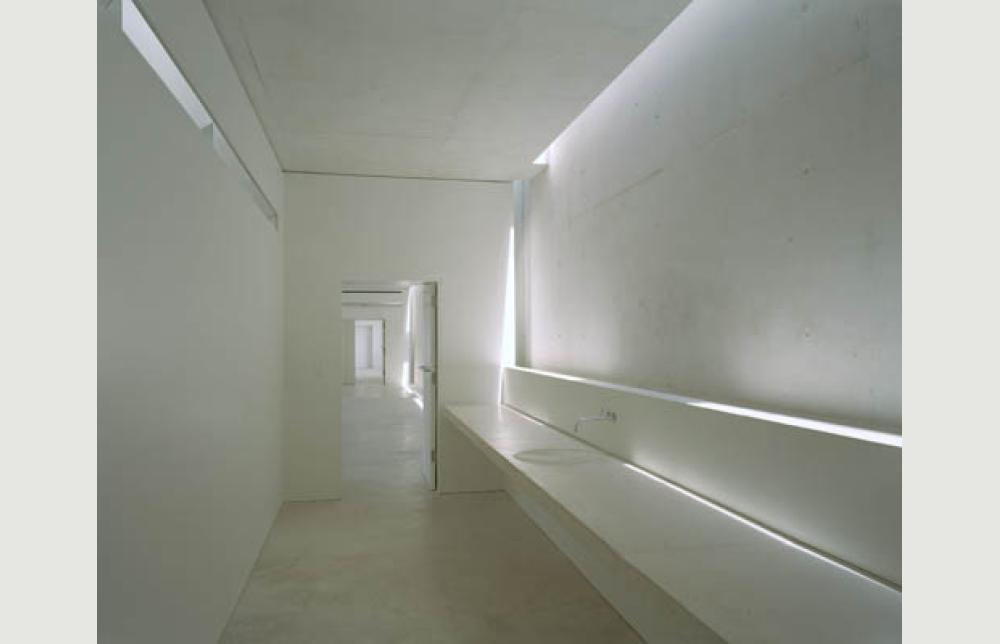 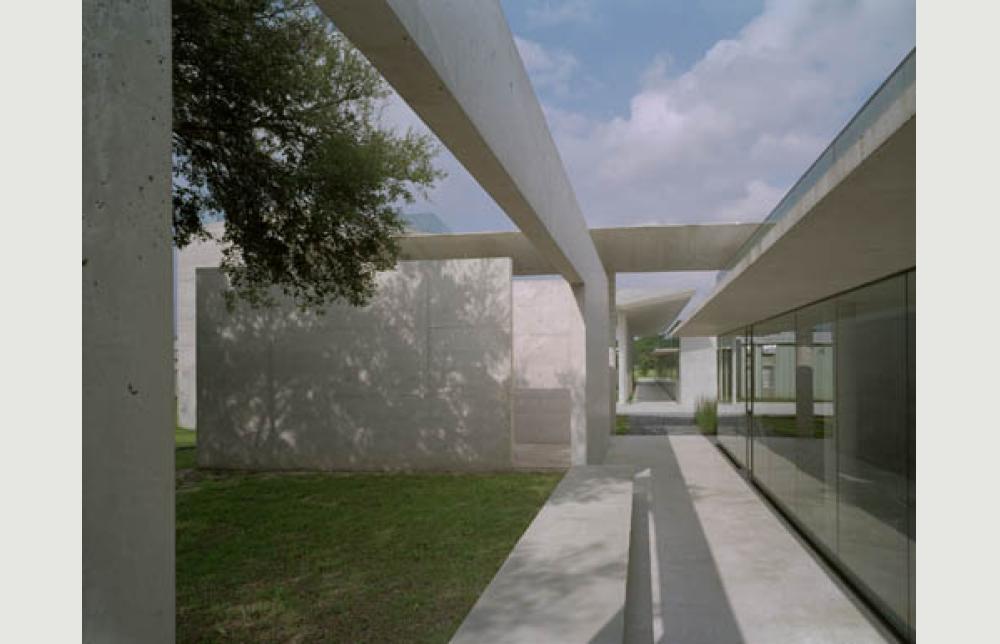 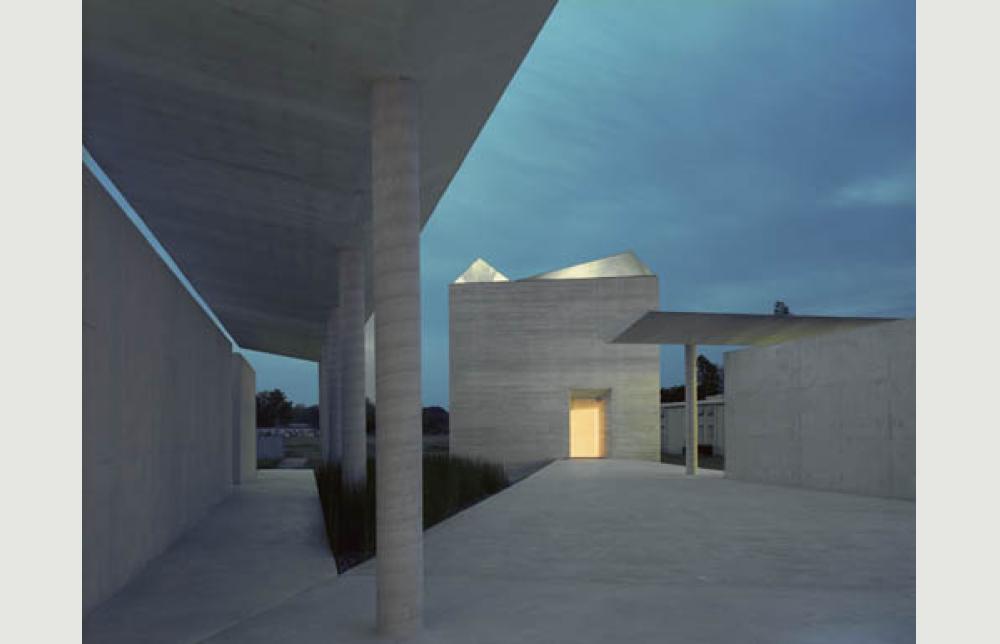 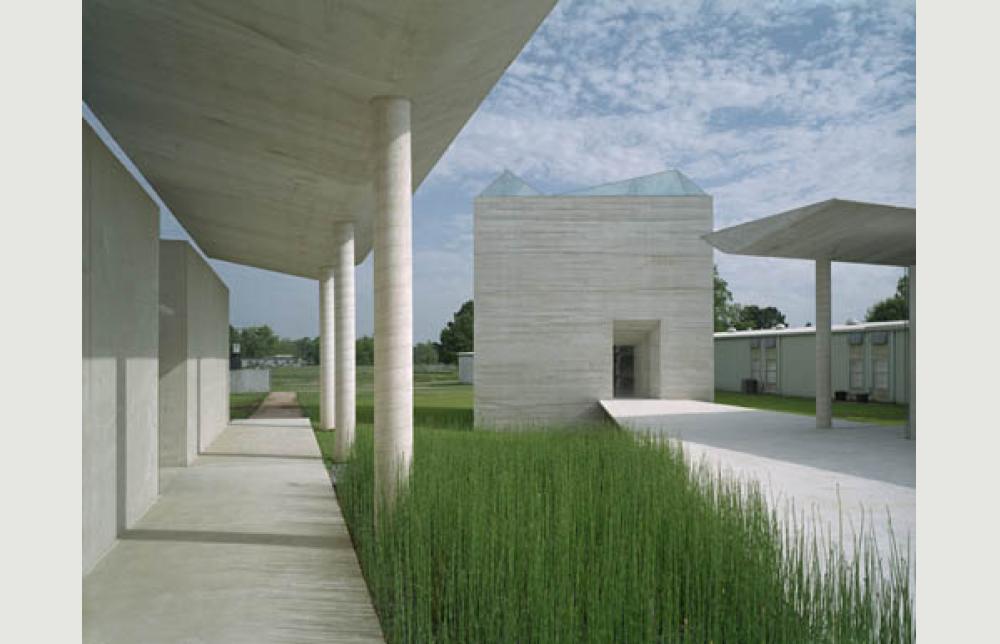 The commission is an honest exploration of form, function, natural light and materials, providing an engaging and profound study in sacred space. The oratory is the focal point of its rural Roman Catholic campus, predominant by its unique placement and floating within the sacred precinct of a courtyard space.

The master plan creates a strong sense of place for all functions of the Parish, drawing a distinction between the program’s sacred and secular components. Secular components of the campus take form as linear or “edge” buildings framing a courtyard where the oratory is located. Traversing the courtyard in a clockwise direction, the path leads ultimately to the oratory. In the opposite direction, the path leads always back to the community.

The oratory, like a crescendo in music, creates a deliberate break in the fabric of the campus. Position, formal purity and height reflect the importance of the spiritual program and serve to distinguish the chapel from its surroundings. Rotation of the chapel further underscores the distinct orientation of secular and sacred lives. The resulting void between oratory and secular pieces creates an outdoor room appropriate for large communal gatherings, smaller gatherings or private meditation near the chapel.

Design of the oratory stems from the concept of identifying a pure, comfortable, sacred space every human has experienced – the womb. Since the womb has no orientation of up or down, all sides are treated equally, thus evoking a strong sense of mystery. All six sides of the oratory cube are the same size, color and texture to create this same lack of orientation and resulting in the same sense of mystery.

This careful and deliberate challenge of one’s sense of place continues through the rotation between exterior and interior spaces. Rotation of the chapel exterior is accompanied by a reciprocal rotation of the sacred chamber. This second rotation acts to realign sacred space with the orientation of the main campus, signifying a union of spiritual and secular experience.

To satisfy the human desire for definition, apertures were created to introduce natural light to the oratory interior. Light enters through a variety of openings carved from the wall thickness without revealing context or light source beyond. In addition to giving occupants a sense of orientation, the obscured presence of light is symbolic of the paschal mystery of Christ. More directly, each aperture is a meditation on a single episode of the paschal journey, metaphors for the passage of death, resurrection, ascension and eternal presence.

The transition into the oratory’s sacred space is also celebrated through an experience of light. A single threshold containing a sculptural cast-glass door was designed to gather and refract light. When approached, edges of the door appear to glow with the illumination from within.

The palette of materials is limited to board-formed concrete, plate glass and cast glass. Neither opulent nor austere, the Chapel presents a thoughtful meditation on sacred spaces and the spatial embodiment of spiritual experience.