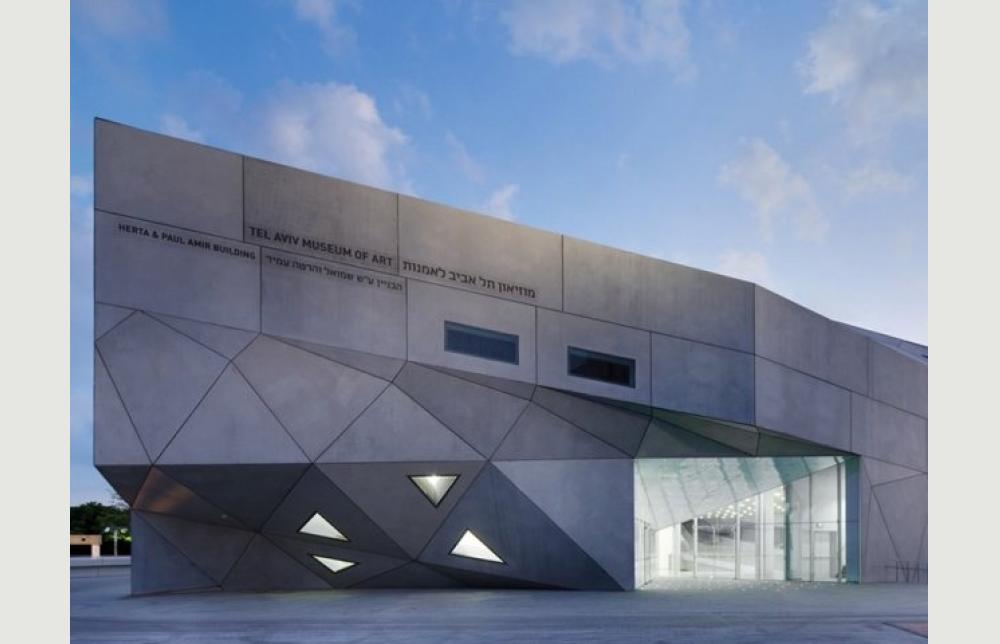 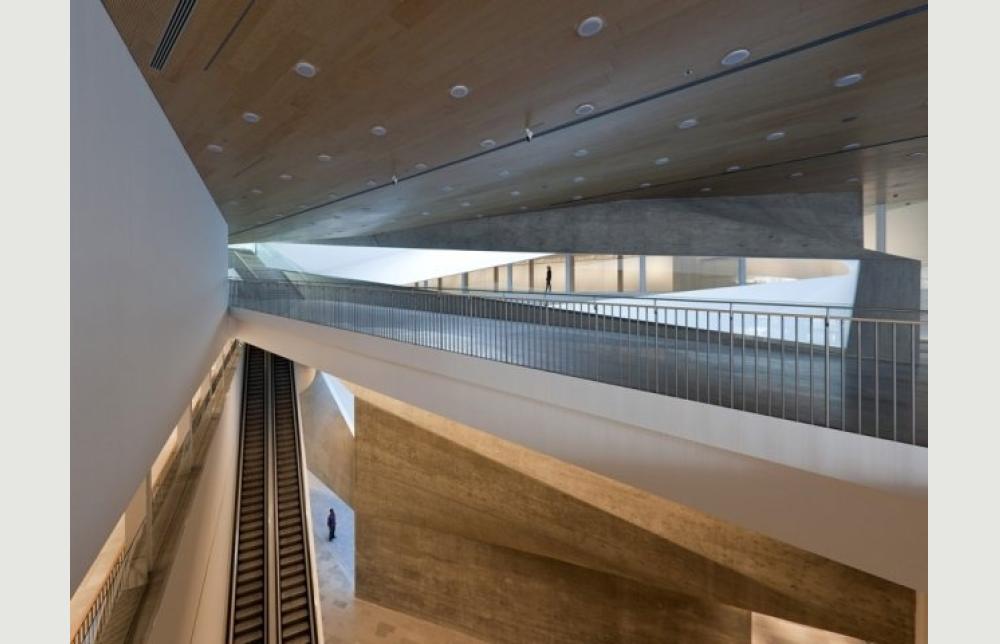 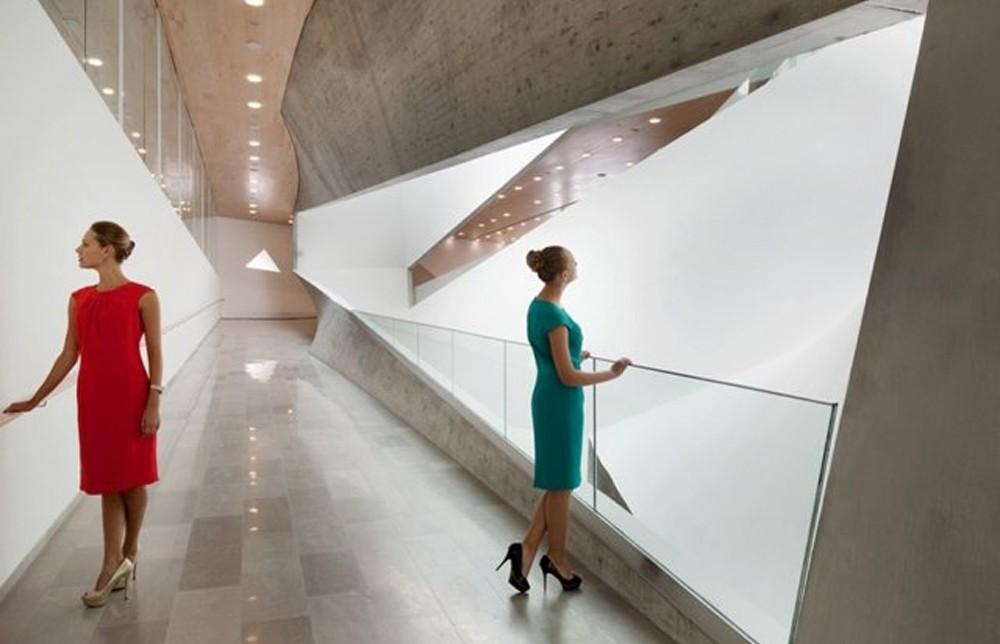 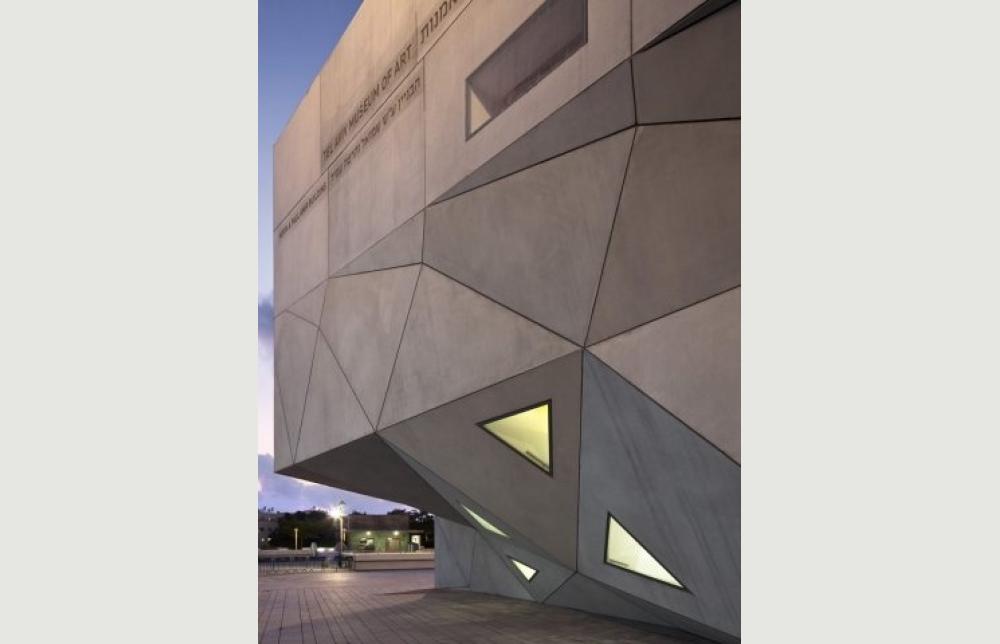 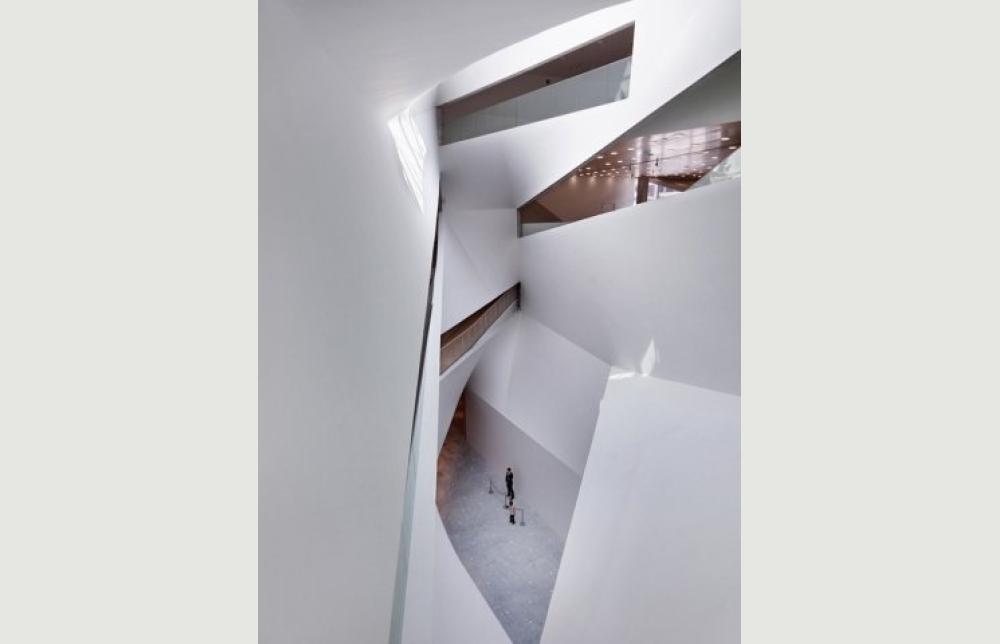 A new building for the Tel Aviv Museum of Art is – literally and metaphorically – a triangle form on a rectangular plot.

‘The solution was to “square the triangle” by constructing the levels on different axes, which deviate significantly from floor to floor,’ Cohen says. ‘In essence, the building’s levels – three above grade and two below – are structurally independent plans stacked one on top of the other.’

At the top of the building is an 27-m-high atrium with twisting curves that resonate down through the building. The space’s complex geometry allows for light to reflect in unique ways, while also connecting the various galleries’ angles.

Meanwhile, the façade’s gleaming parabolas are made of 465 differently-shaped flat panels made from pre-cast reinforced concrete. ‘Achieving a combination of form and material that’s unprecedented in the city, the façade translates Tel Aviv’s existing Modernism into a contemporary and progressive architectural language,’Cohen says.