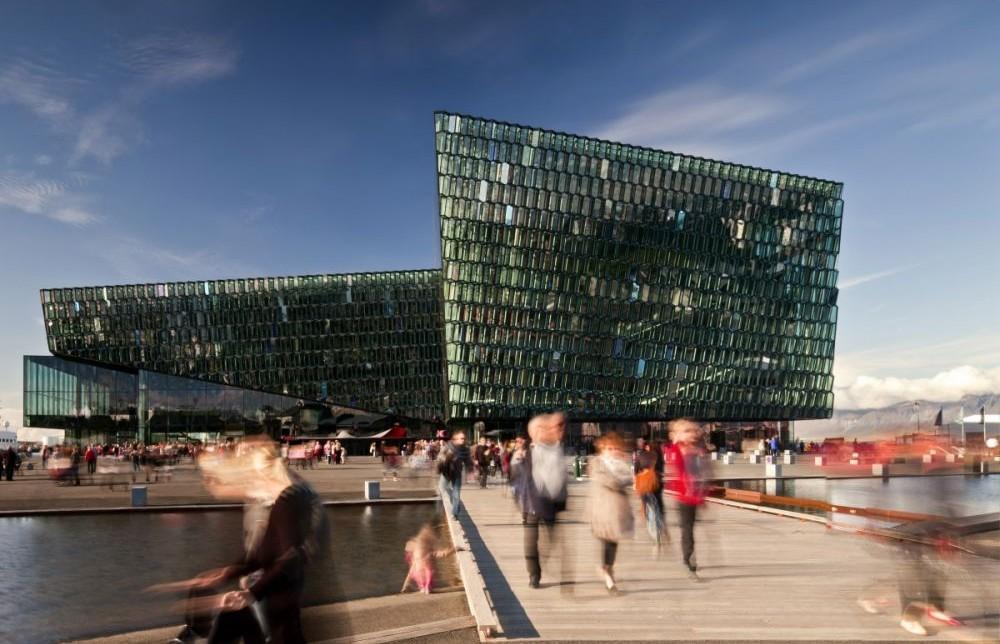 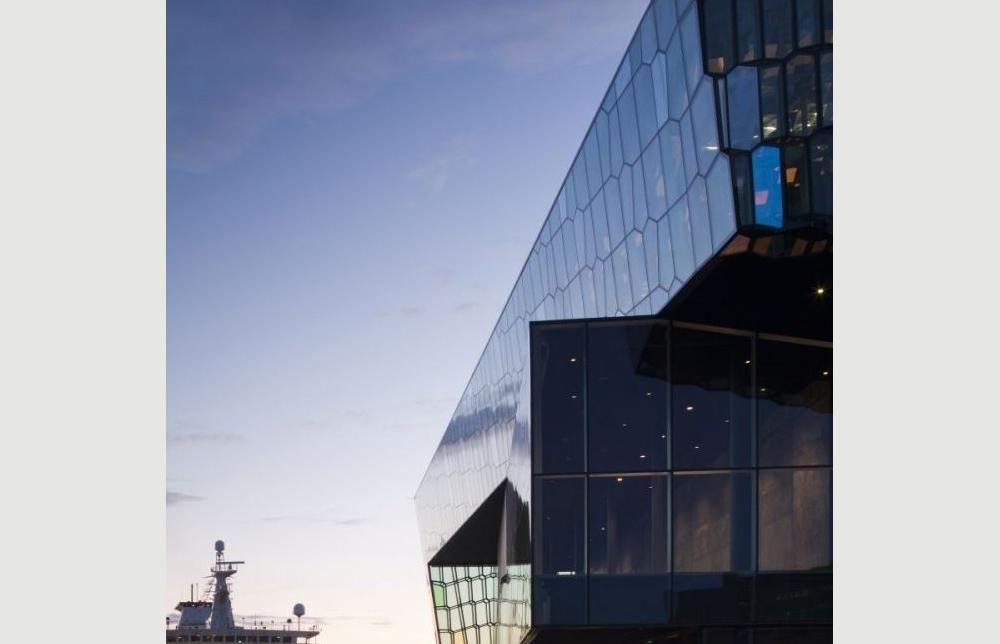 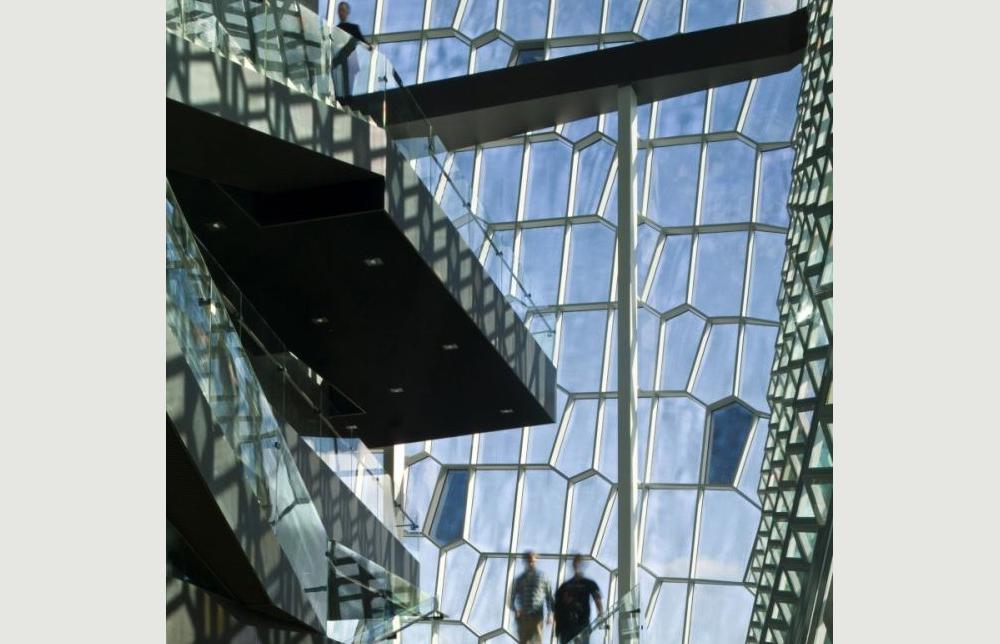 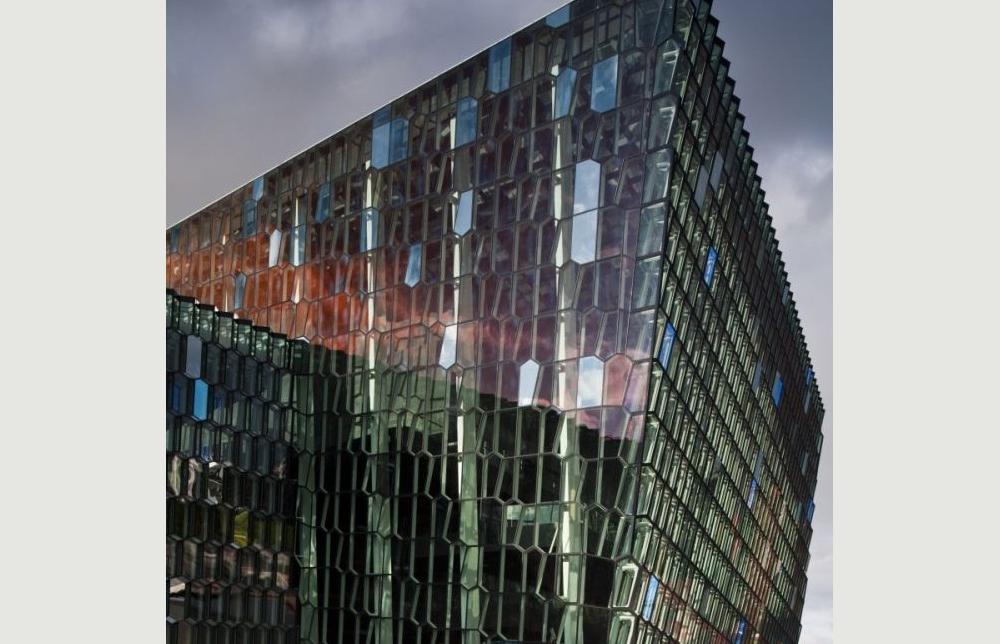 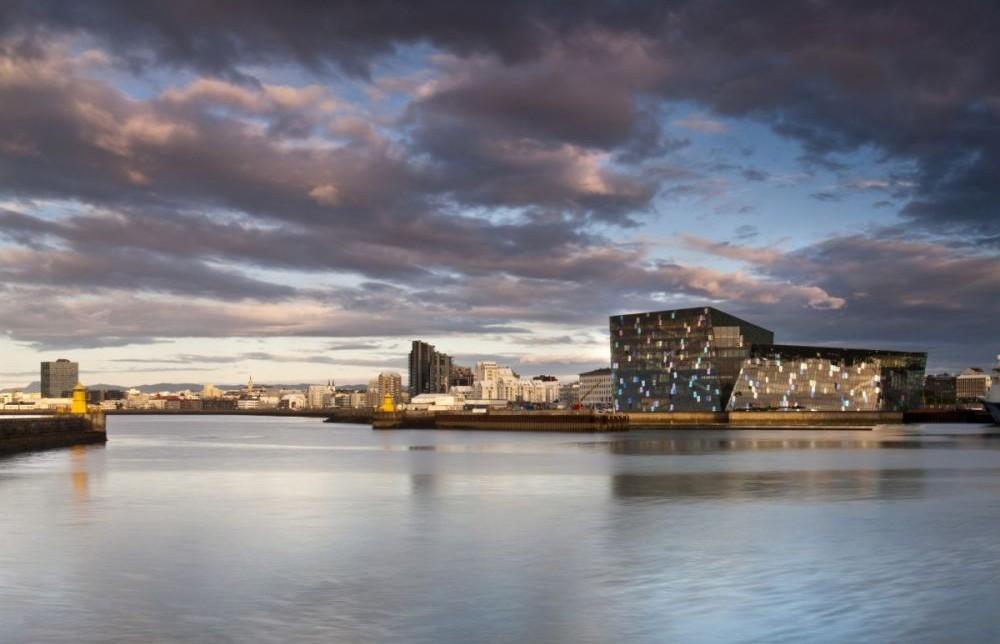 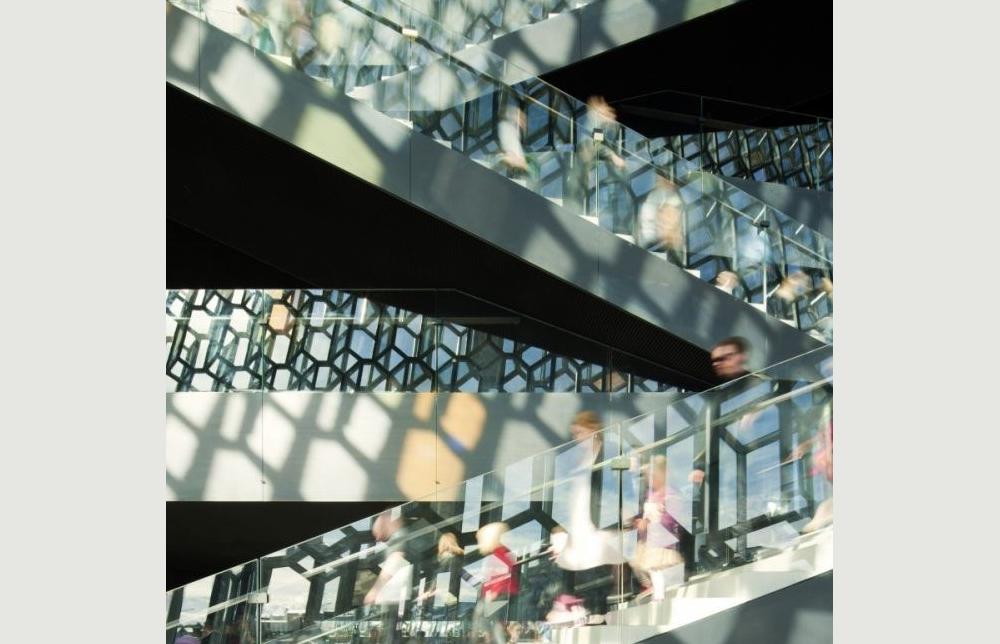 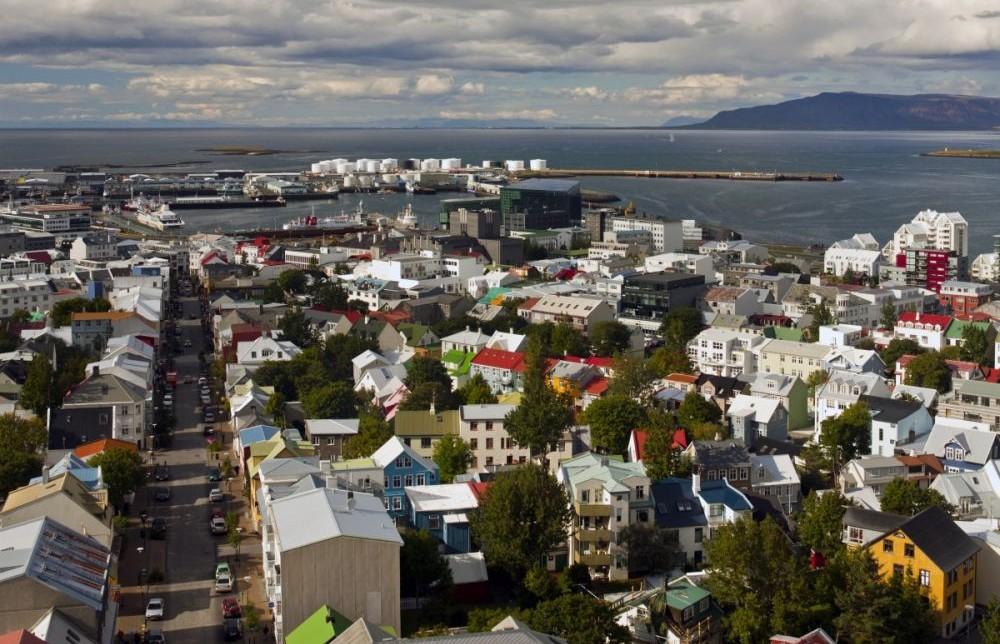 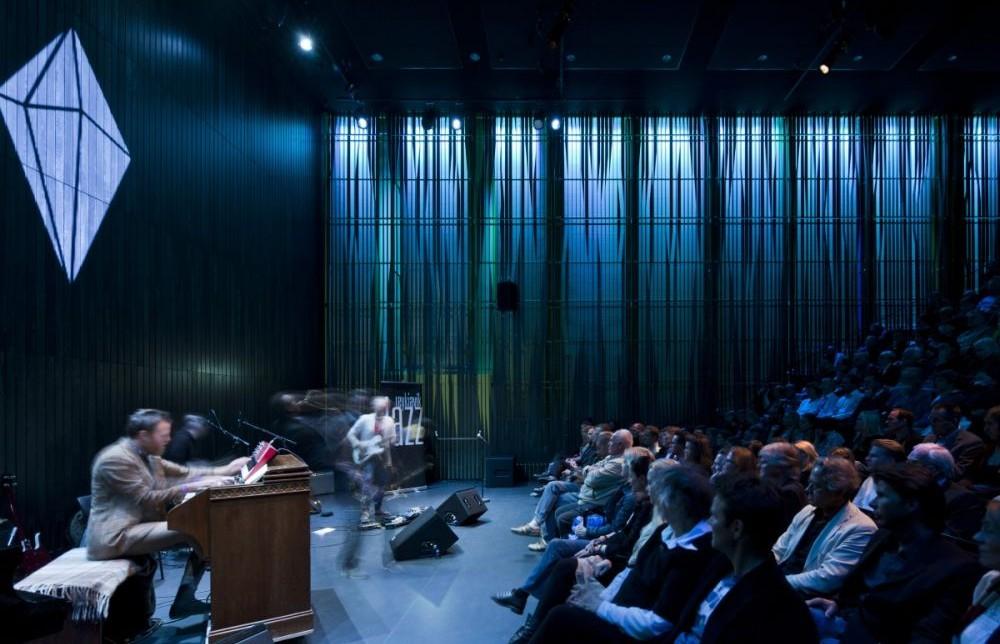 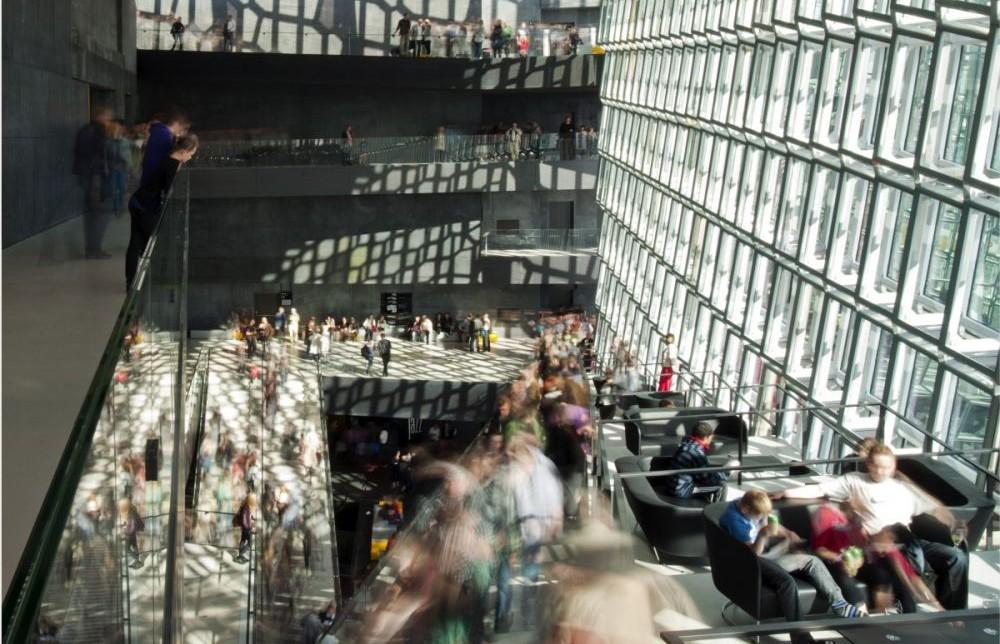 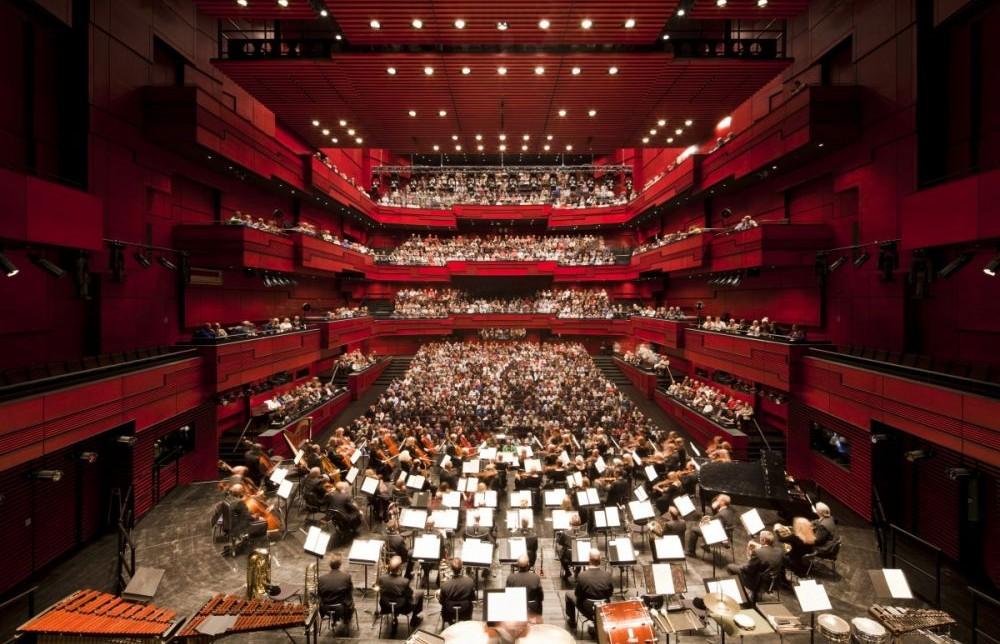 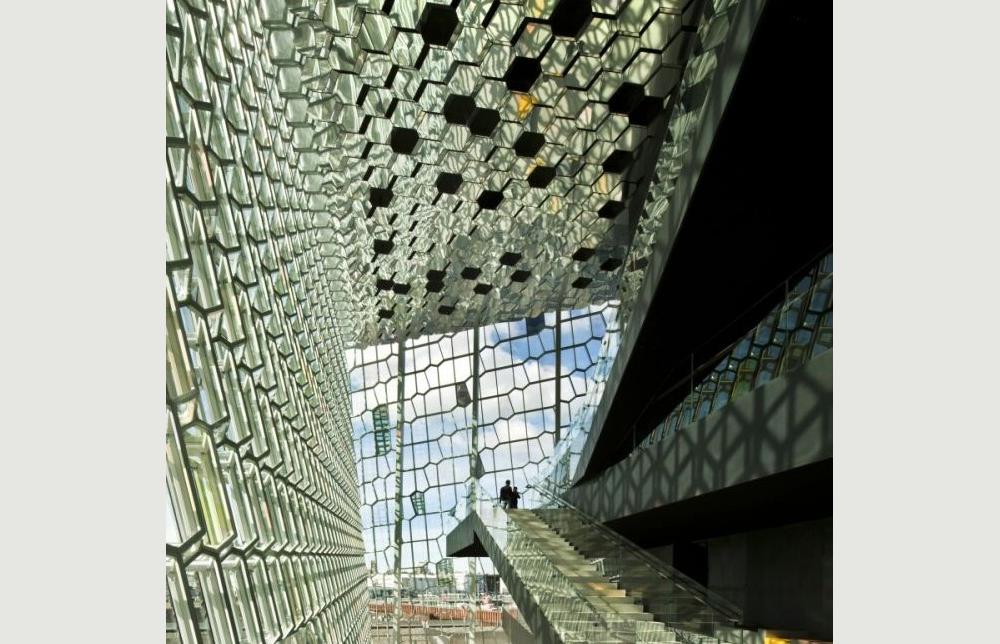 Harpa – Reykjavik Concert Hall and Conference Centre gathers inspiration from the northern lights and the dramatic Icelandic scenery. Situated on the border between land and sea, the Concert Hall stands out as a large, radiant sculpture reflecting both sky and harbour space as well as the vibrant life of the city. The spectacular facades have been designed in close collaboration between Henning Larsen Architects, the Danish-Icelandic artist Olafur Eliasson and the engineering companies Rambøll and ArtEngineering GmbH from Germany. The Concert Hall of 28,000 m2 is situated in a solitary spot with a clear view of the enormous sea and the mountains surrounding Reykjavik. The building features an arrival and foyer area in the front of the building, four halls in the middle and a backstage area with offices, administration, rehearsal hall and changing room in the back of the building. The three large halls are placed next to each other with public access on the south side and backstage access from the north. The fourth floor is a multifunctional hall with room for more intimate shows and banquets. Seen from the foyer, the halls form a mountain-like massif that similar to basalt rock on the coast forms a stark contrast to the expressive and open facade. At the core of the rock, the largest hall of the building, the main concert hall, reveals its interior as a red-hot centre of force. The project is designed in collaboration with the local architectural company, Batteríið Architects.