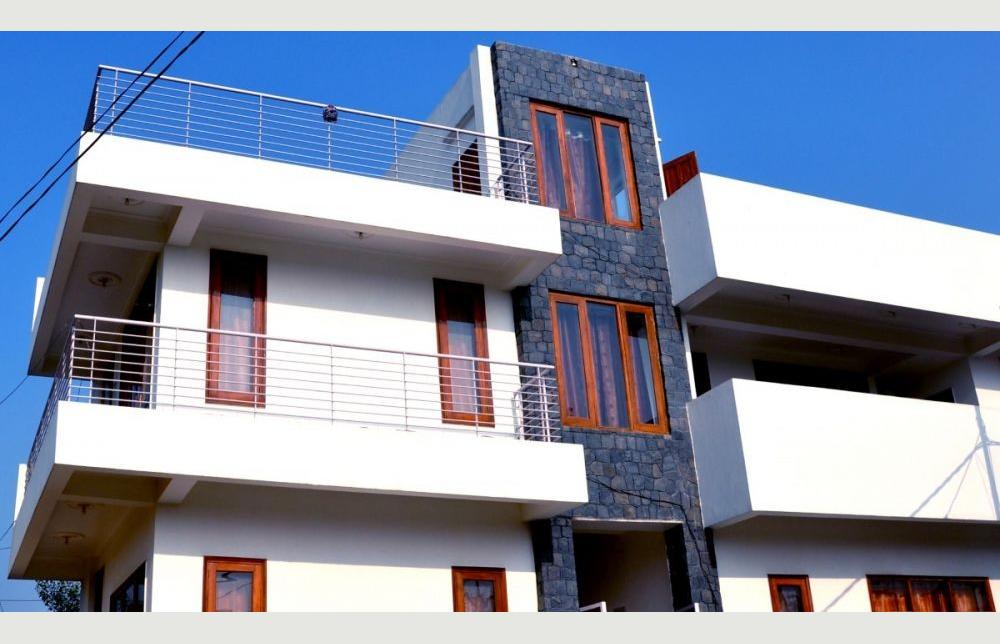 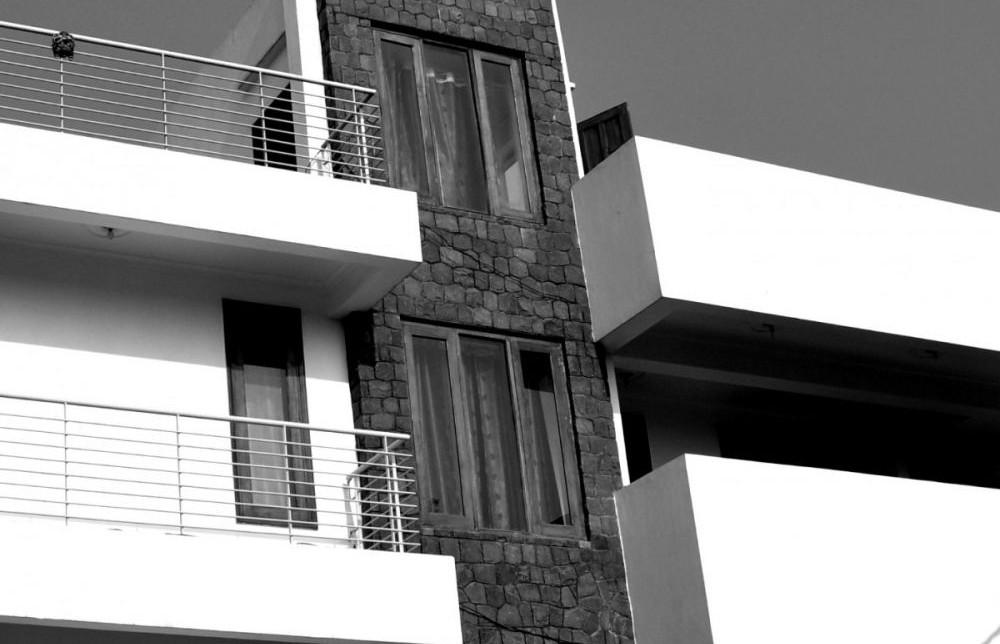 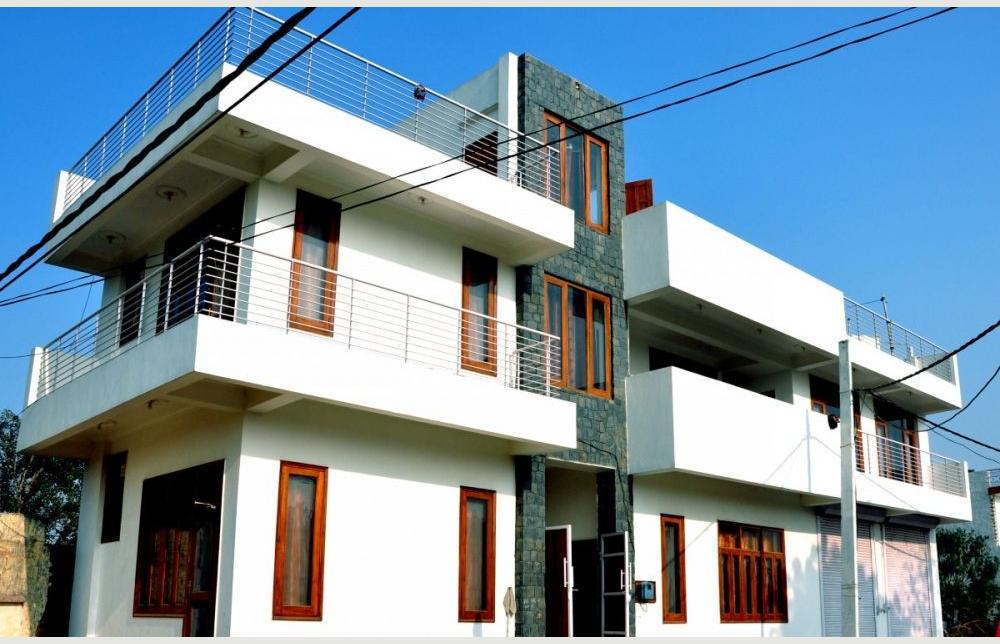 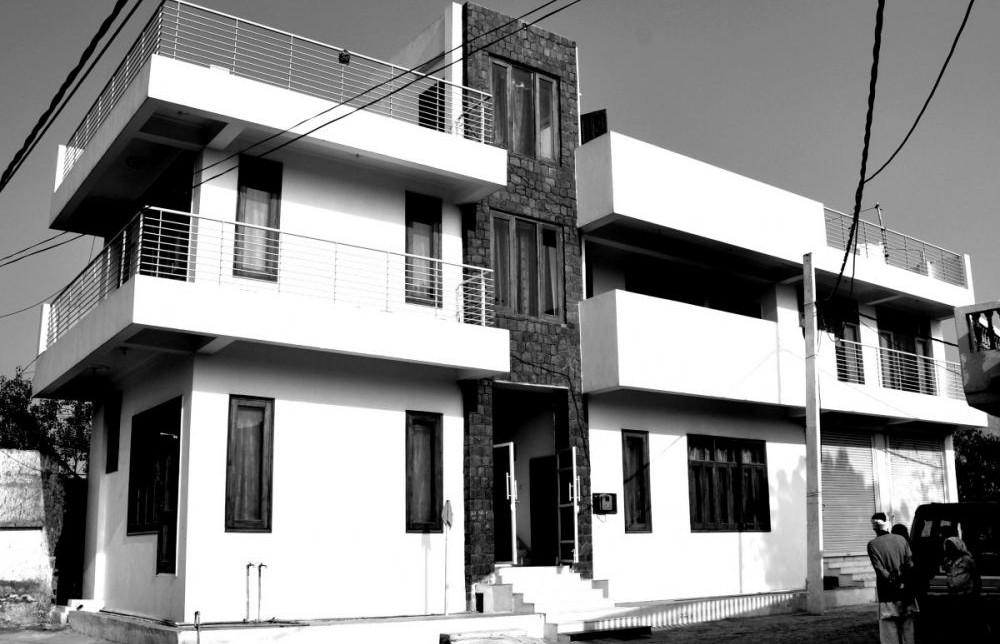 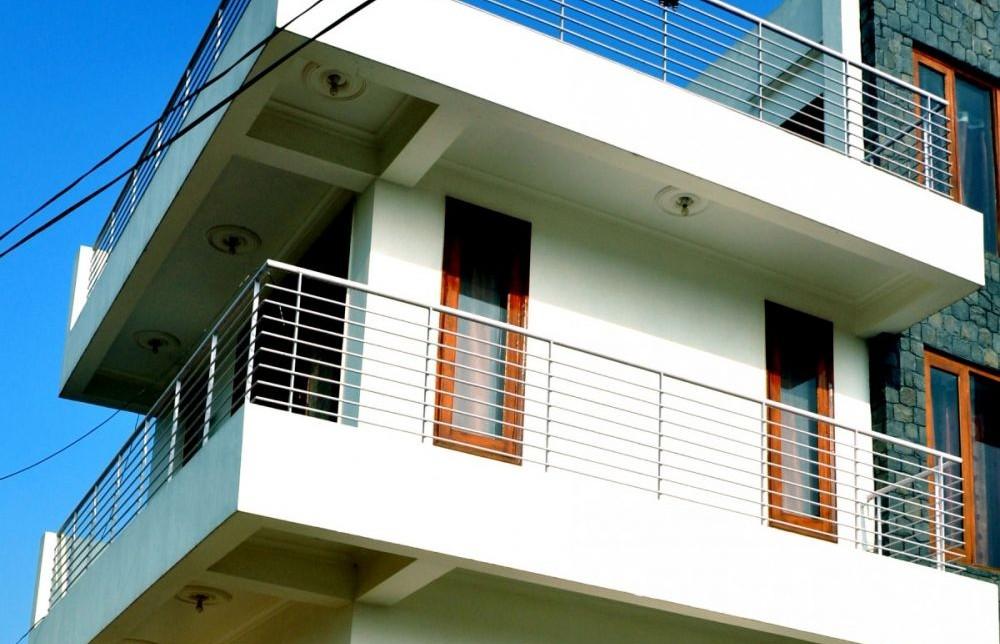 The brief for this project was to design a house for Mr Ved Prakash and his small family of two.
Mr. Ved Prakash being a religious man and a great devotee of Lord Krishna wanted to build his house keeping the ancient Hindu tradition, philosophy and “Vastu Shastra” (ancient science of Indian architecture) as basic principal and reflecting that in his house.

The site being odd in geometry didn’t help with the design. The site was a narrow corner plot facing south-west a difficult facing in hot climate. Also the opening could have been possible only on these sides as other houses we constructed without any setbacks.
The requirement was to accommodate a multipurpose hall at ground floor which could be used for commercial purpose like shops etc at latter stage. The house is on two levels with three bedrooms and a spacious terrace. The design follows a simple straight line with minimalist approach and a stone clad front wall as architectural feature.

As the house is South West facing therefore a box balcony is introduced to restrict direct Indian summer sun. There is a central opening between the house in order to get the natural light for kitchens and bathrooms. This is also an ancient tradition of keeping a central open space and building spaces around it knows as “Chaupal.”
The minimalist straight line design with simple façade of white color and limited stone cladding was initially looked with suspicion in the conservative village where houses with more colour, “false” pitched roof, and building more than required is a way to show affluence and wealth.
However over the time period the house with required space, high ceiling, central courtyard, protection from sun with planned orientation and well designed space won many appreciations and   has set a new trend of minimalist design in the village.