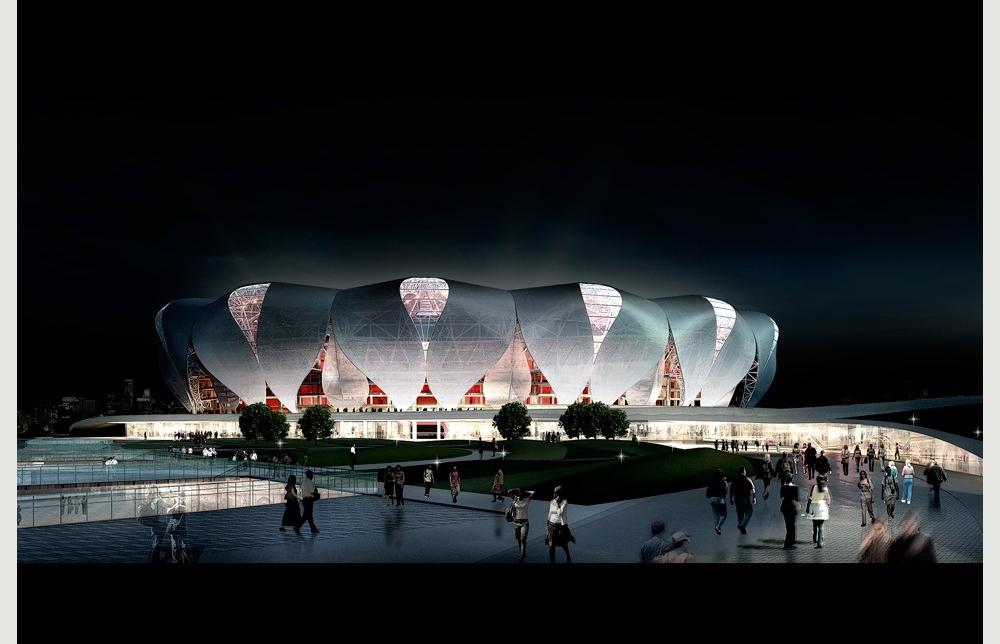 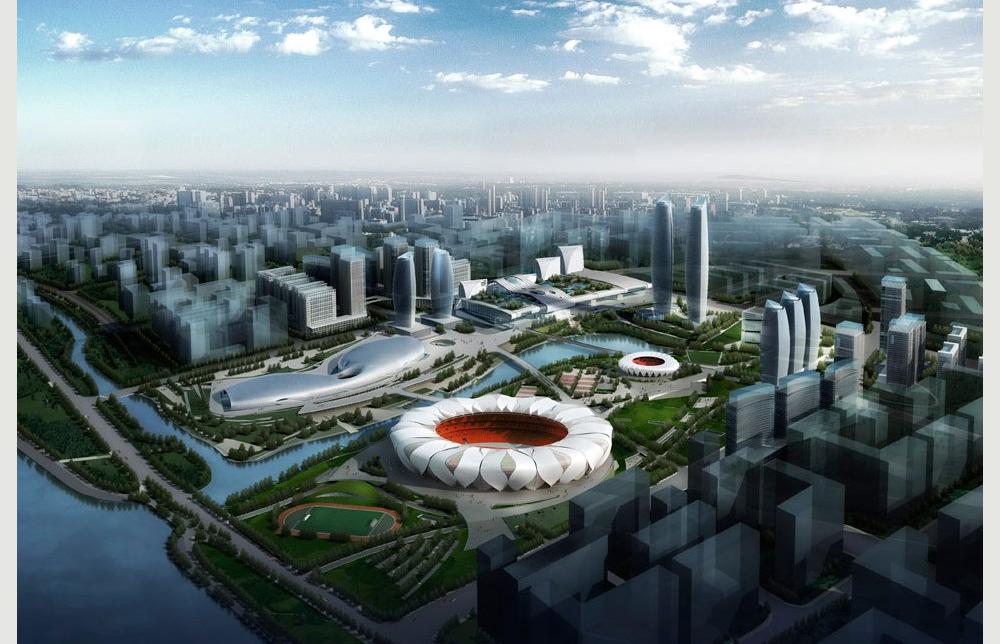 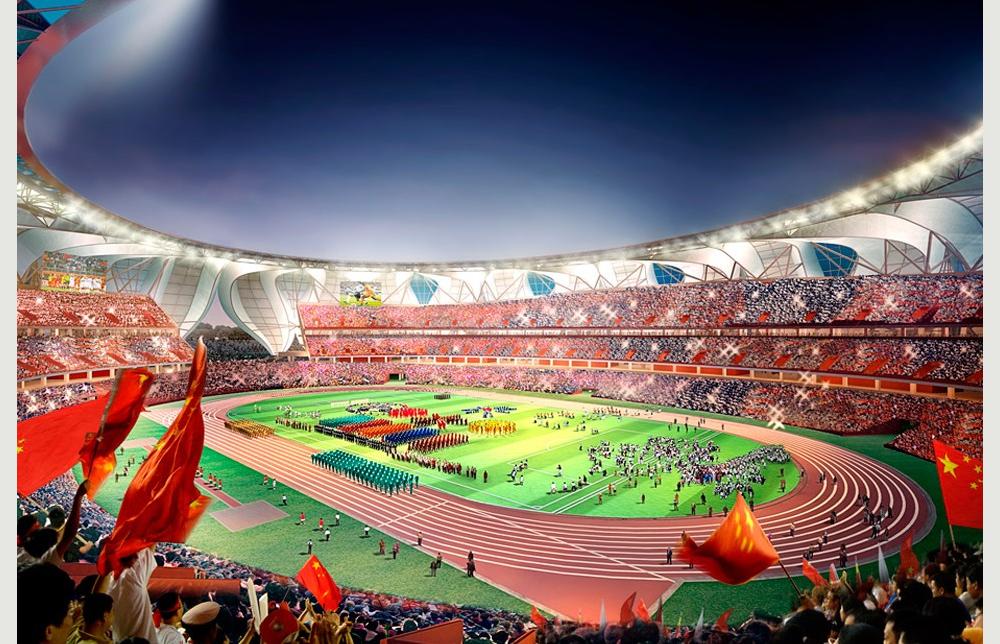 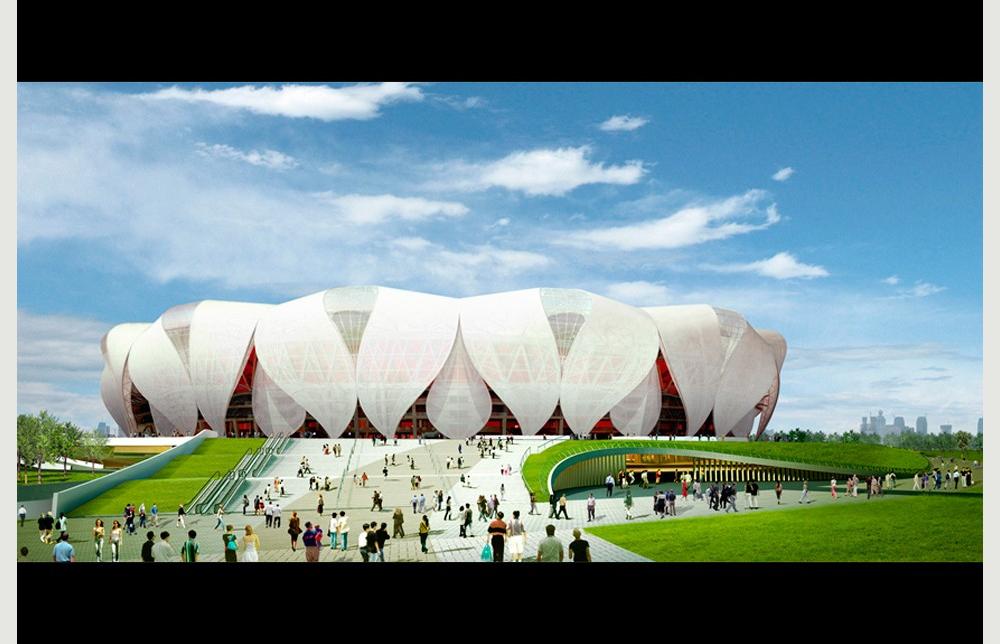 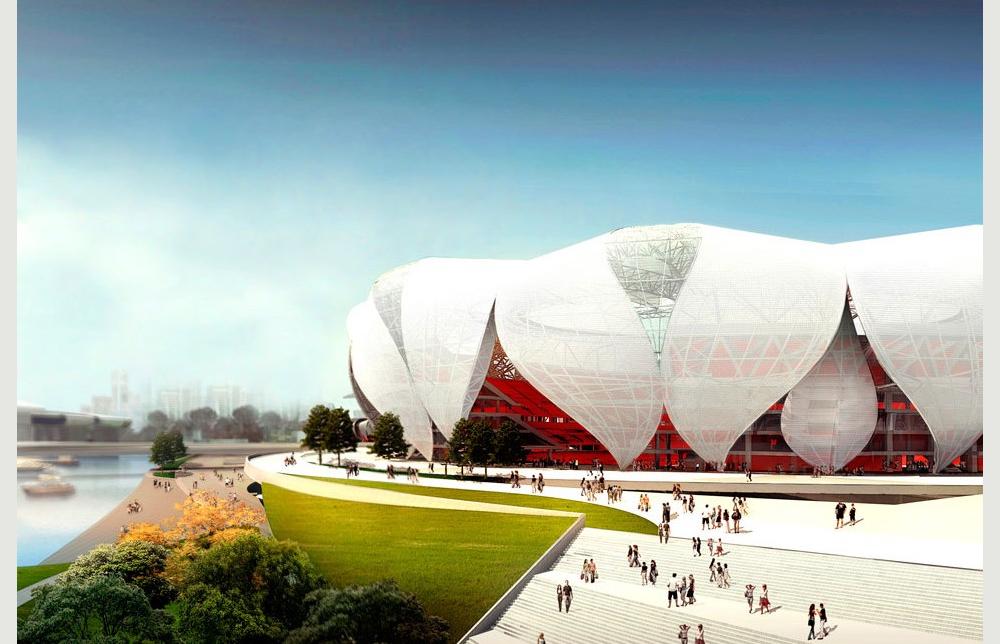 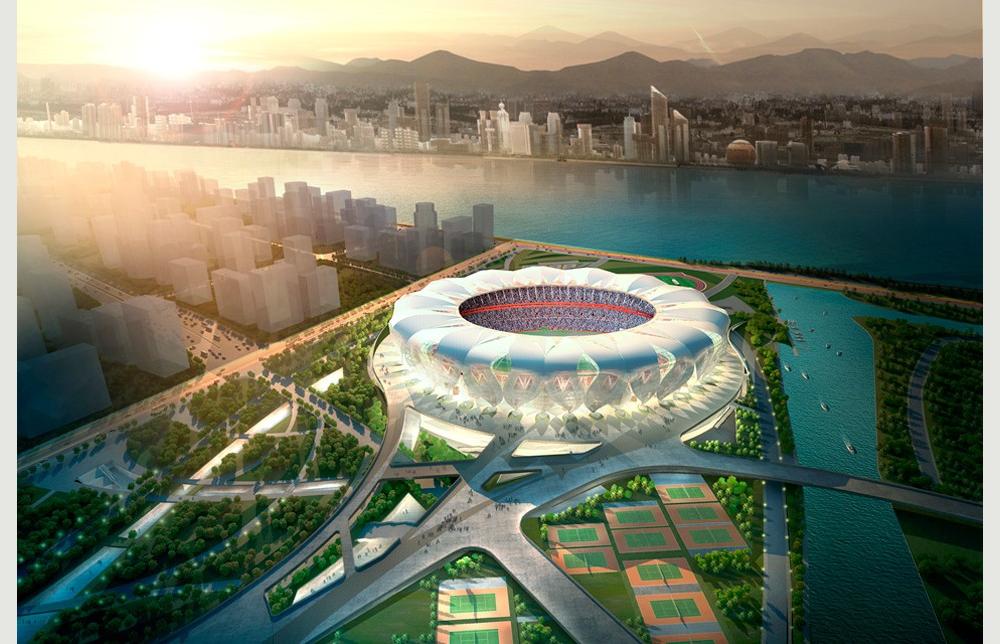 An Olympic-sized stadium is the largest planned for construction within the next decade.
Like many cities in China, Hangzhou is undergoing rapid urban change. While the city center historically developed around the West Lake area, opportunities for industry and commerce have shifted the city’s expansion towards the Qian Tang riverfront. New construction has tripled the city’s size in the past decade, creating a modern architectural fabric that is powerful in scale, yet still in need of public space. NBBJ, in partnership with CCDI, designed the Hangzhou Sports Park on a 400,000 square-meter site on the Qian Tang riverfront opposite the city’s new Central Business District. The Main Stadium broke ground in 2011 and is slated for completion in 2014–15.
Integrated Computational Design
The designers leveraged advanced parametric scripts and modeling techniques to develop and optimize the exterior shell. Geometric rules and other performance drivers were used to link the conceptual intent with the processes of documentation and construction. Because the model was parametric, design changes could be made with an extremely short turnaround and eliminated the “build-test-discard” method common in traditional modeling. The parametric model was used as the basis for cross-disciplinary collaboration with engineers and material consultants. The engineers and consultants could use the design team’s output directly for performing their specialized design and analysis operations. The close communication between disciplines enabled the design team to ensure quality control and also find opportunities for further optimization.