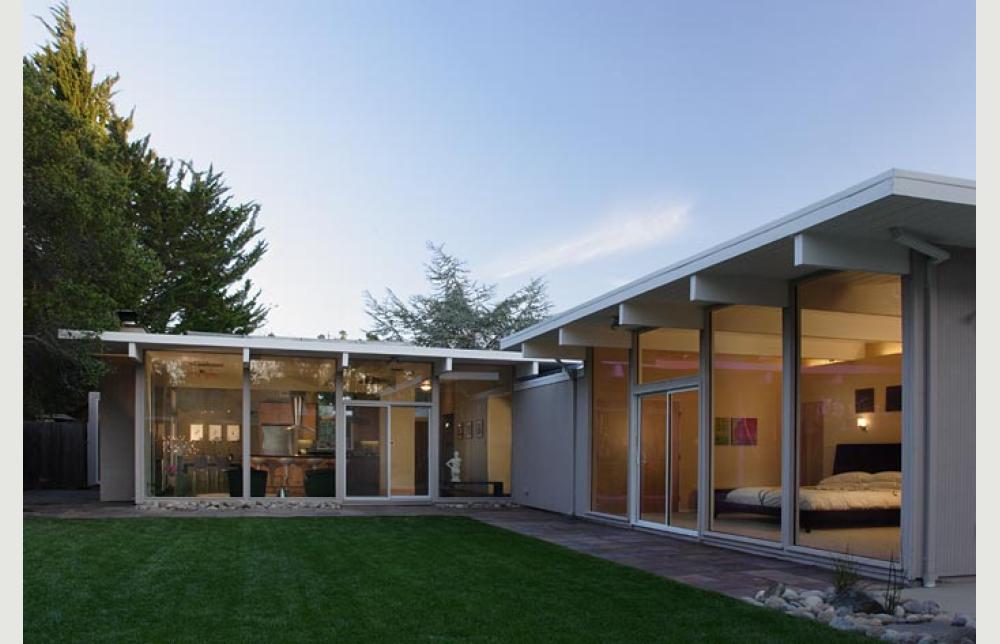 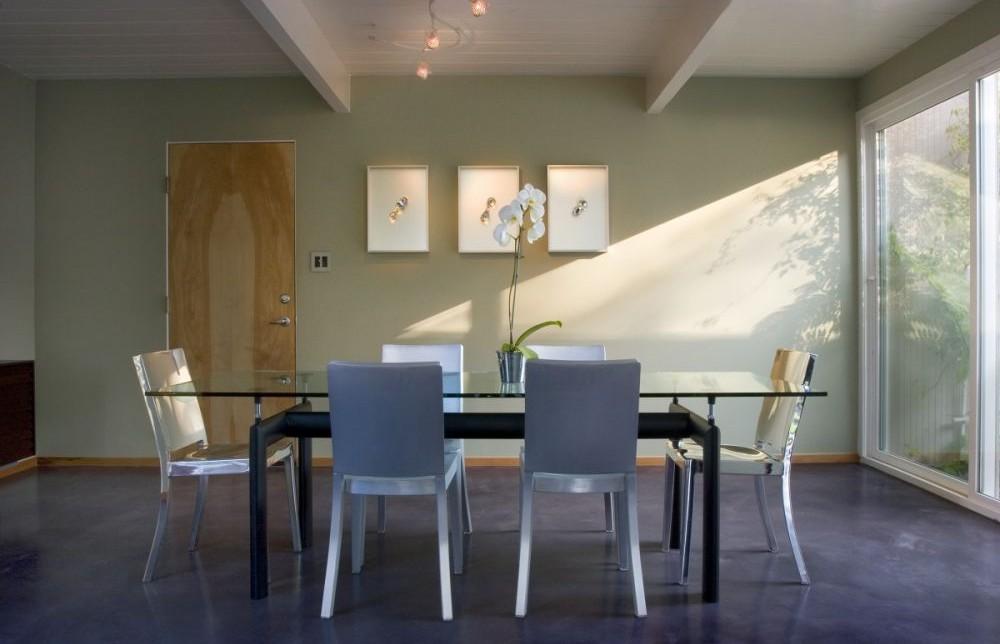 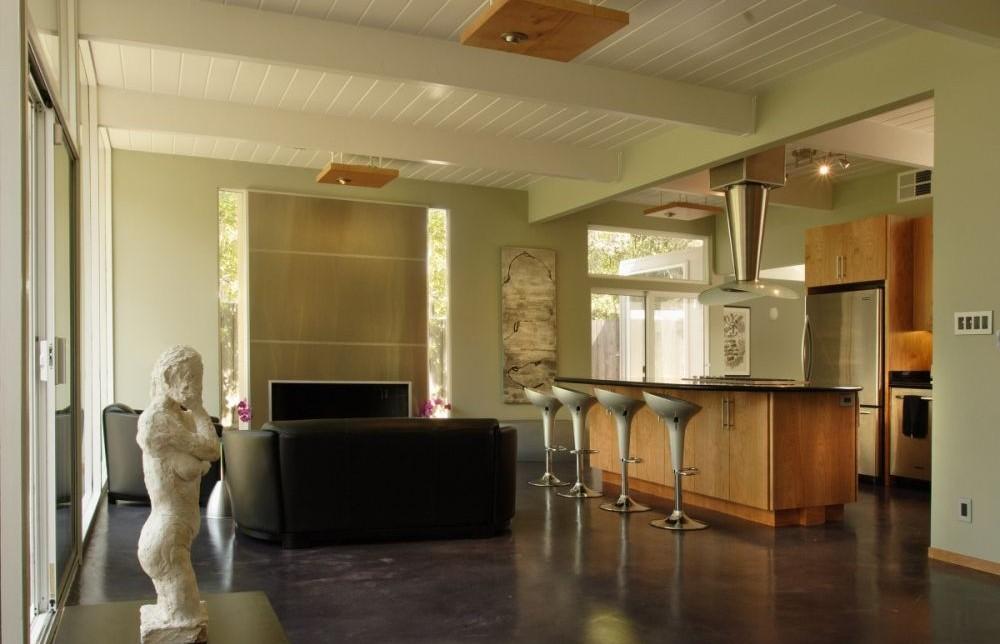 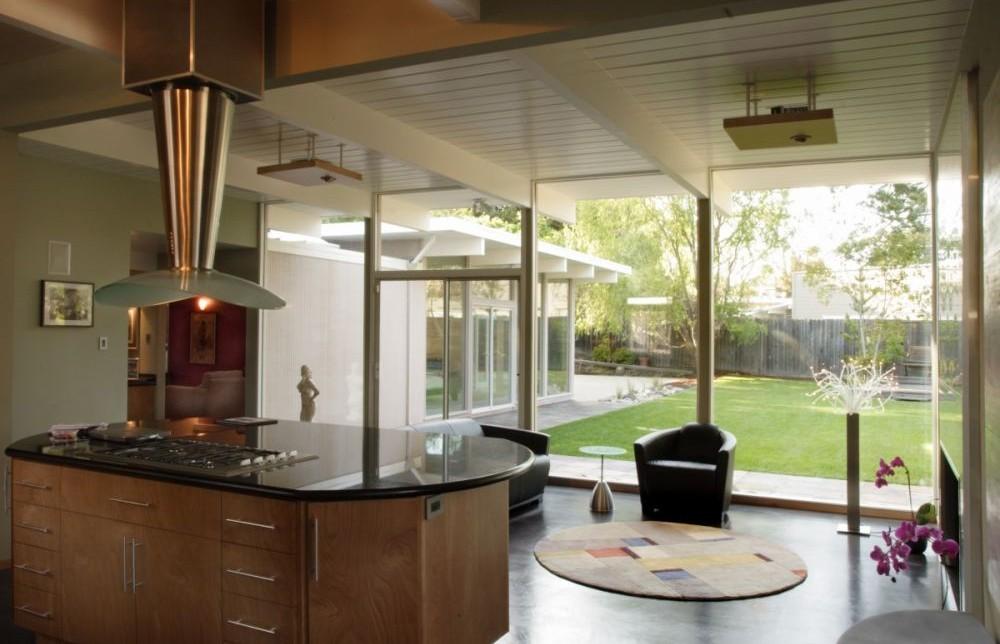 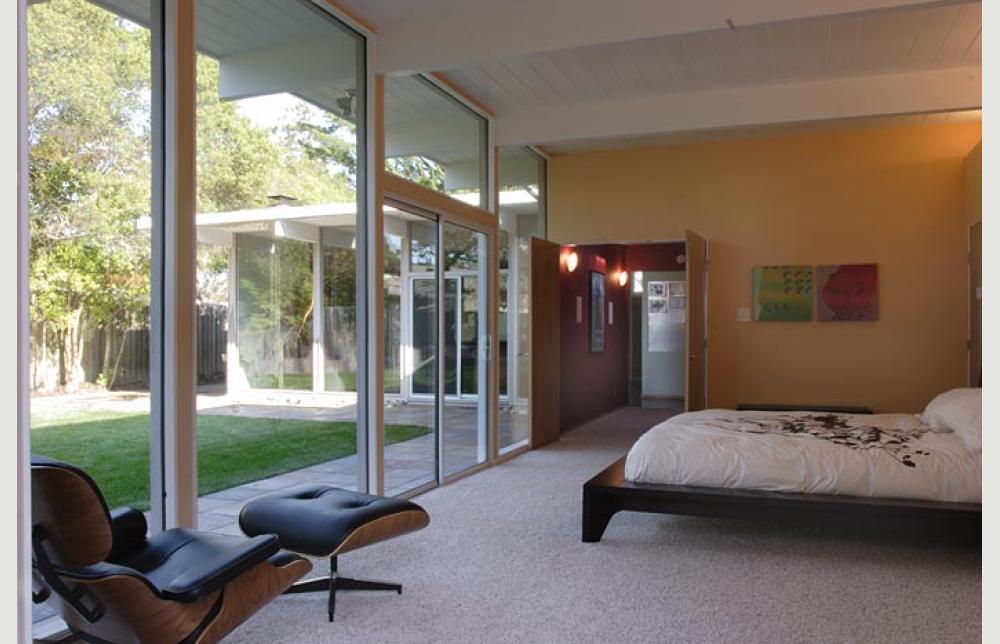 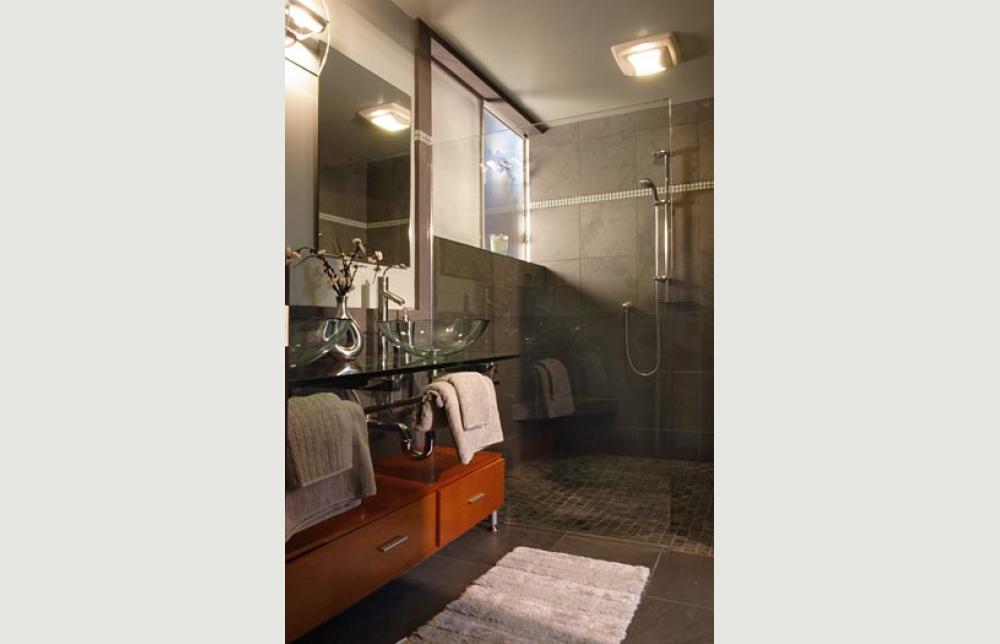 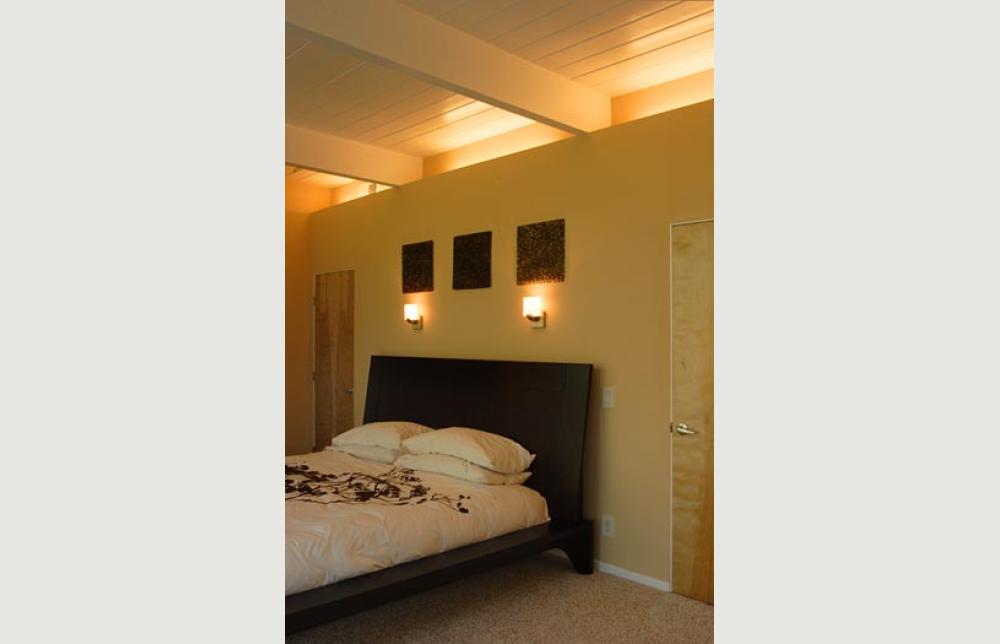 Klopf Architecture’s goal was to re-design and enlarge an Eichler home for a family devoted to the Eichler style. The plan, stick with the language of the Eichler home (but with modern quality upgrades) while adding a new wing and laying out the bedroom wing to be more useful. Klopf designed an “L” shape plan out of the original “H” shaped layout, making the rear yard a focus of two large walls of glass. The kitchen, living room and hallway were all opened up so the whole family resides in one common space and sensibly tucked away private areas including a home office to the back of the house. When guests are informed there was an addition, they usually say “where?”