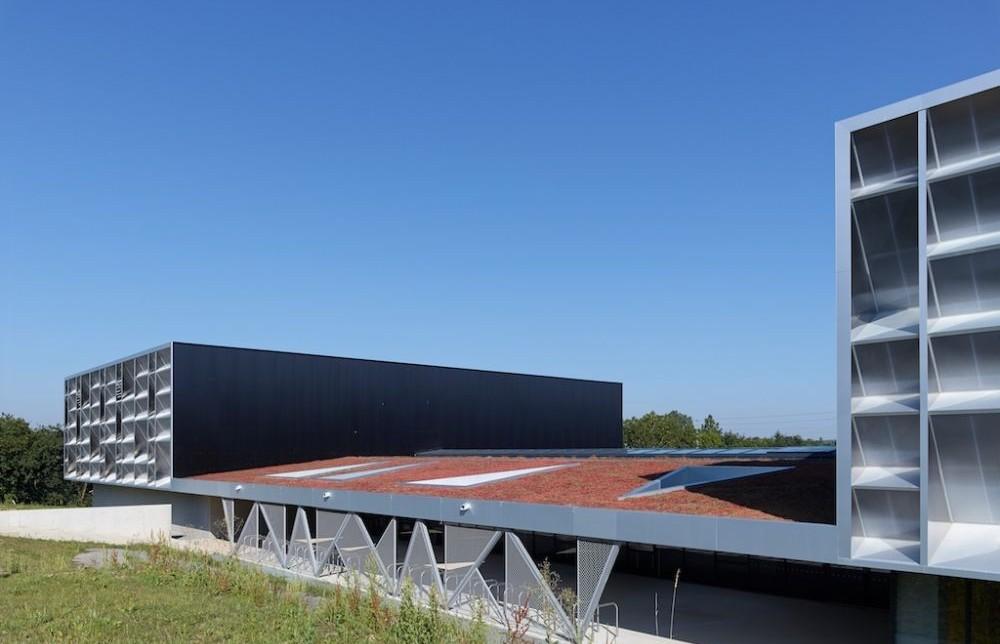 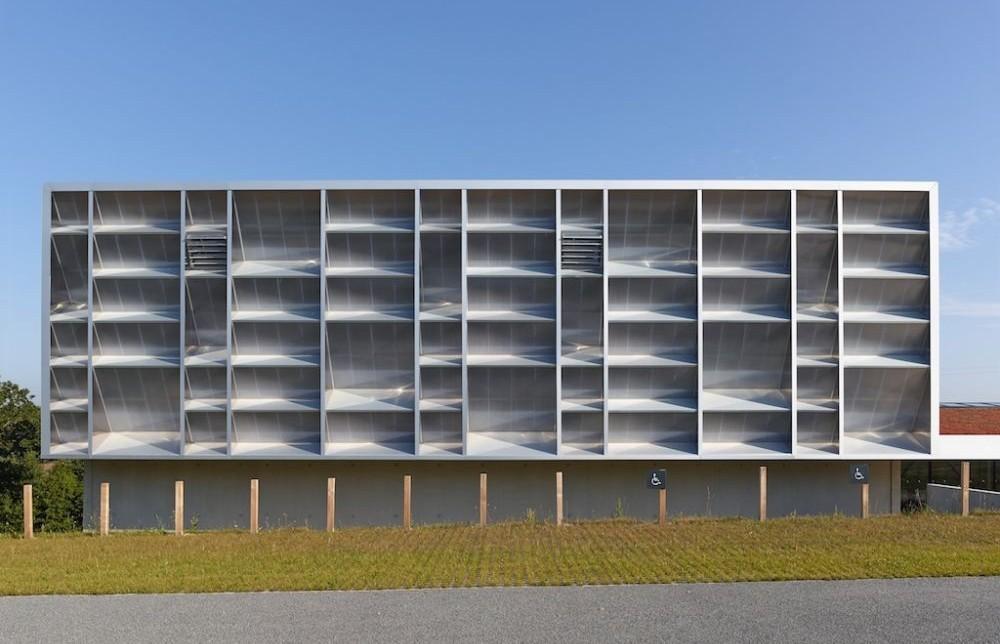 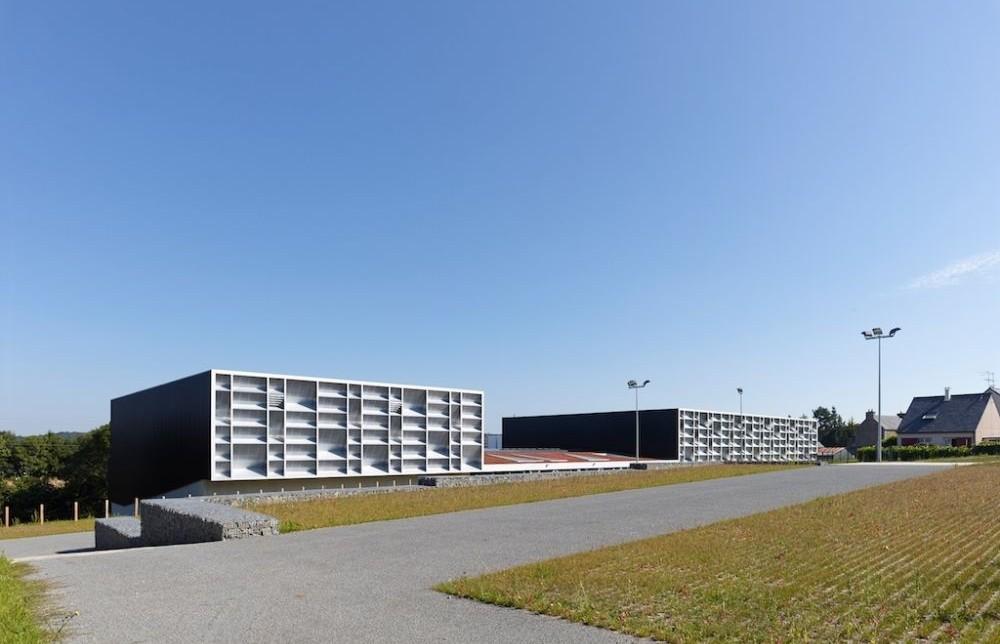 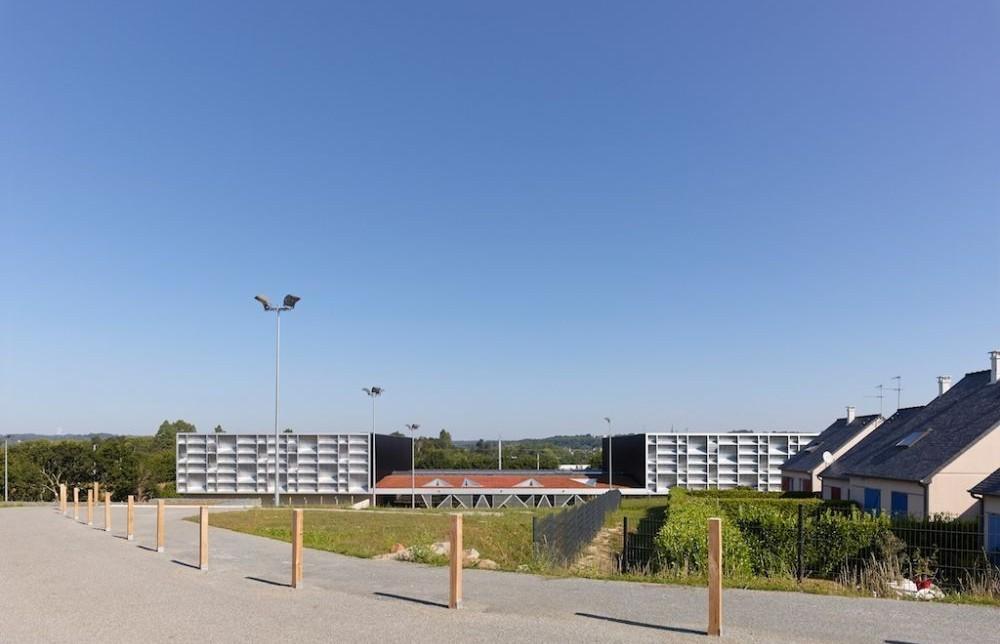 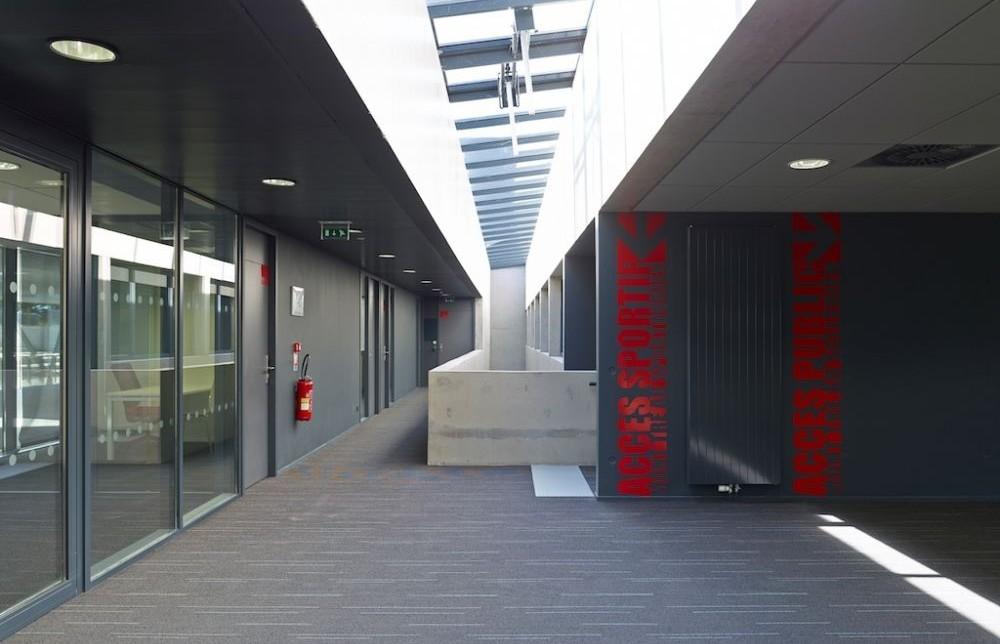 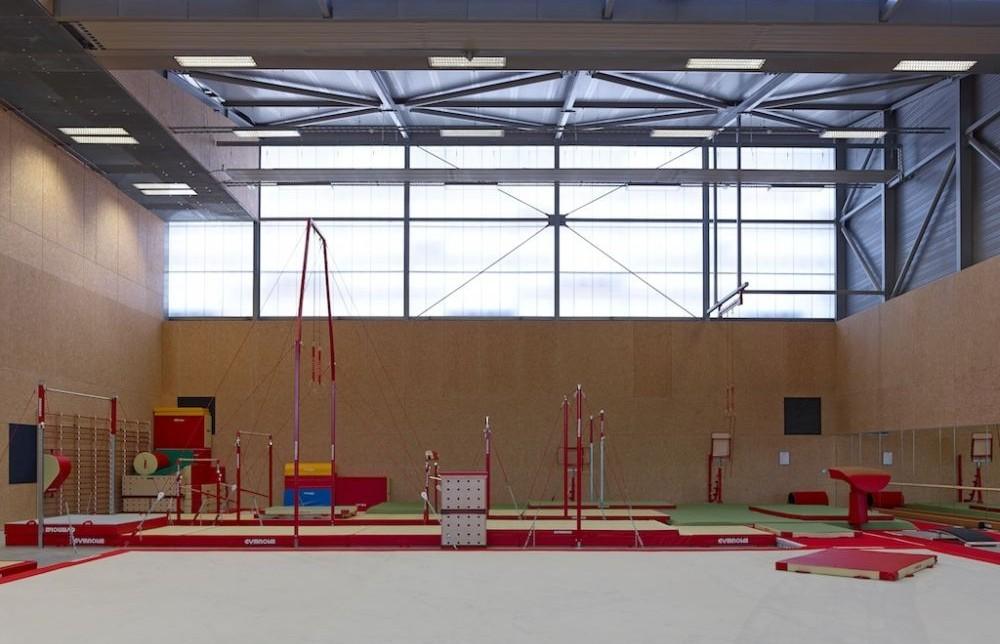 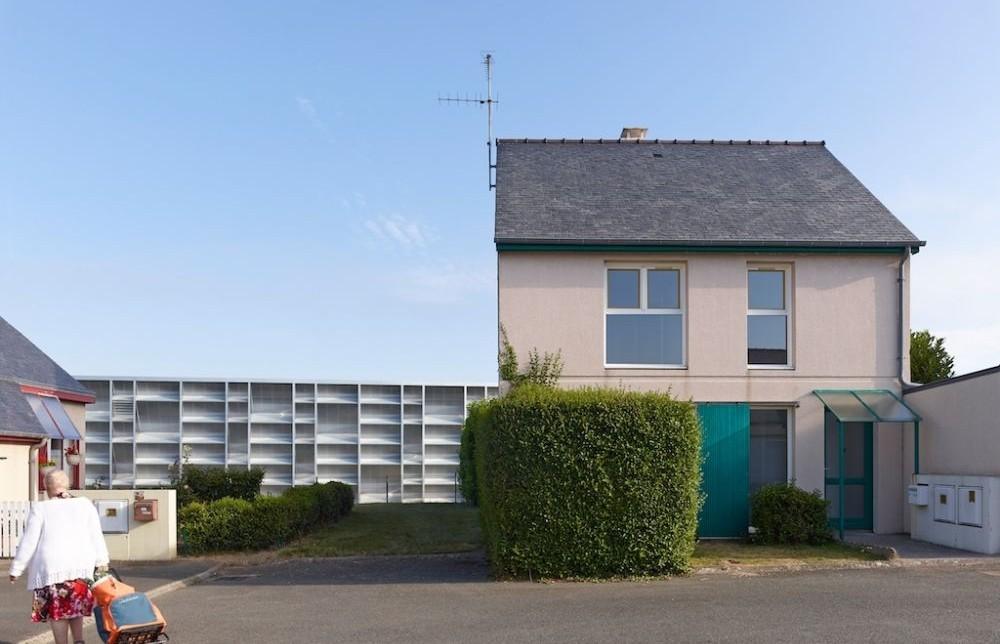 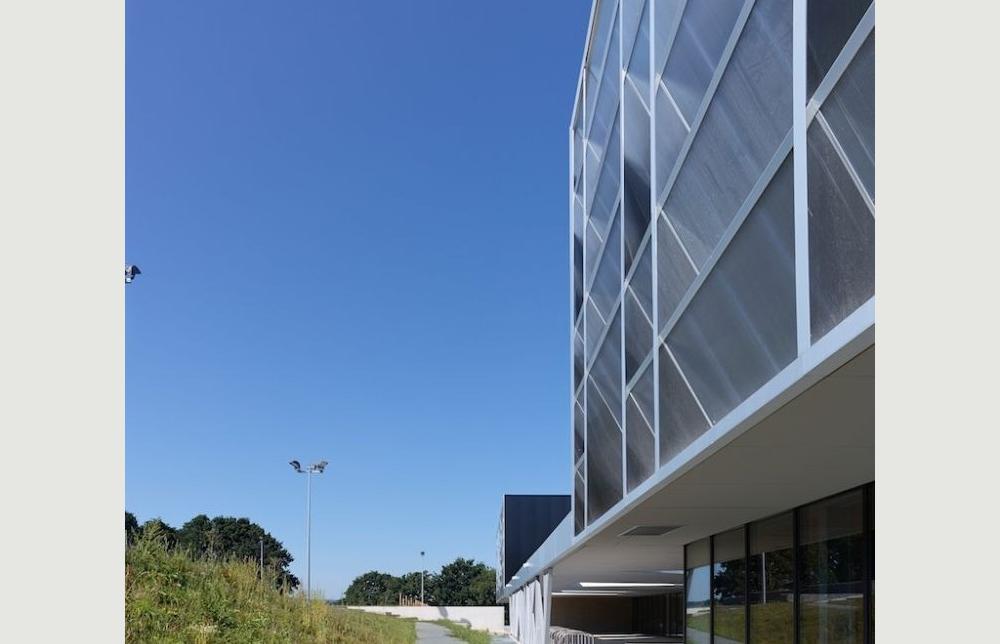 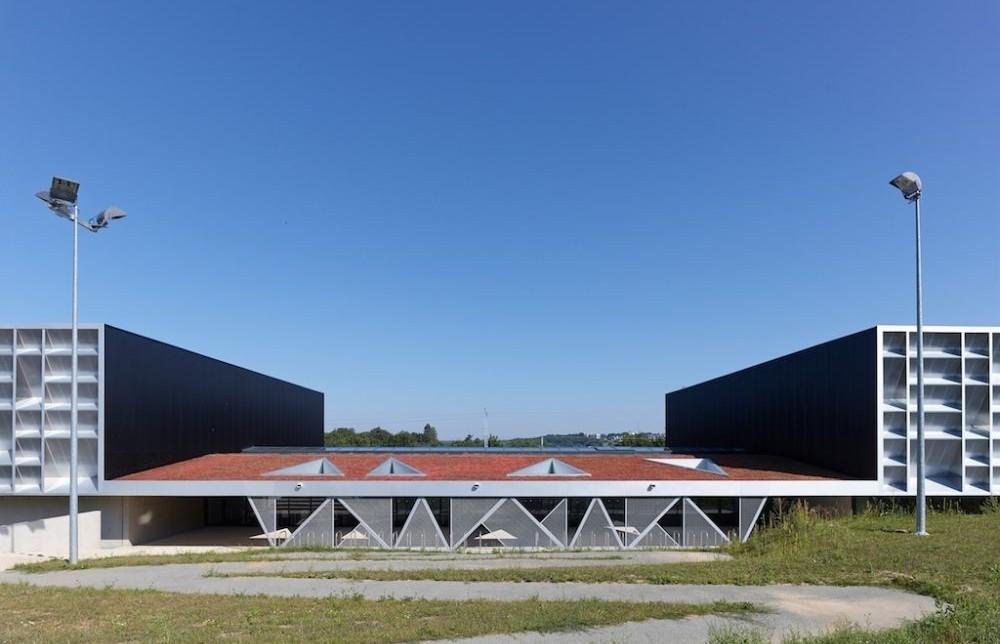 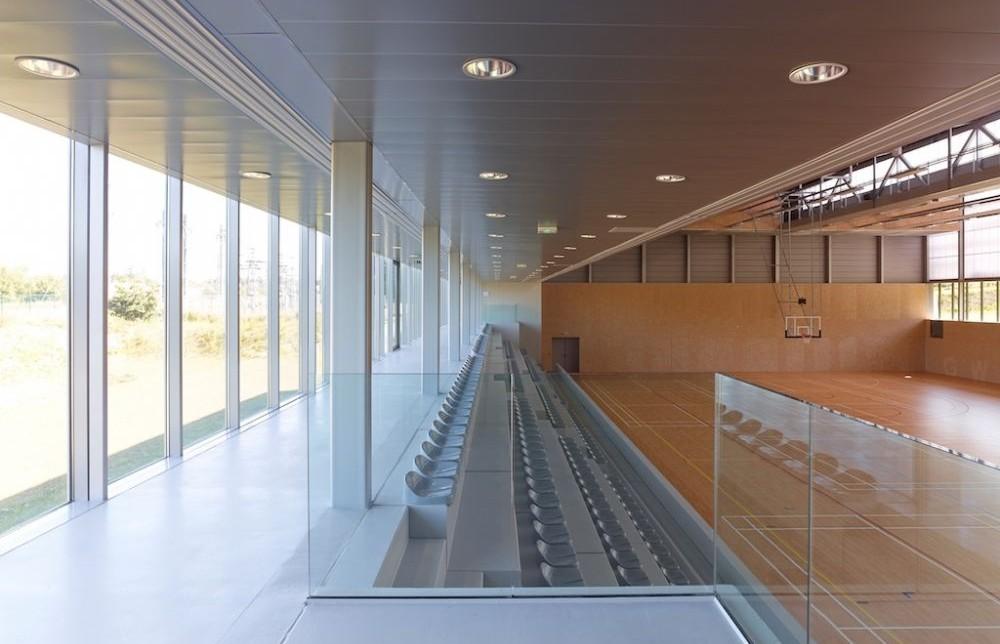 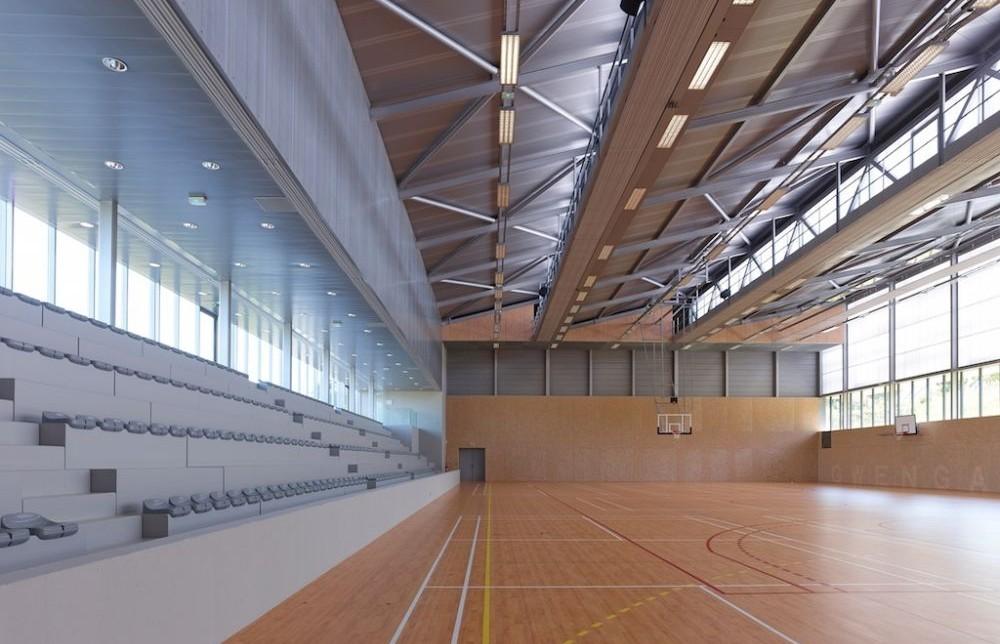 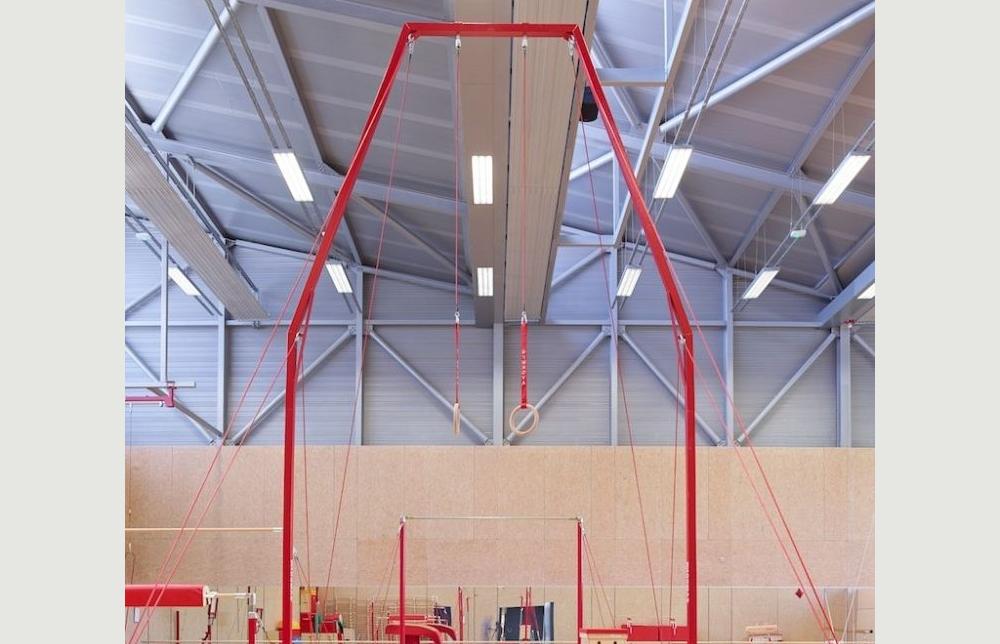 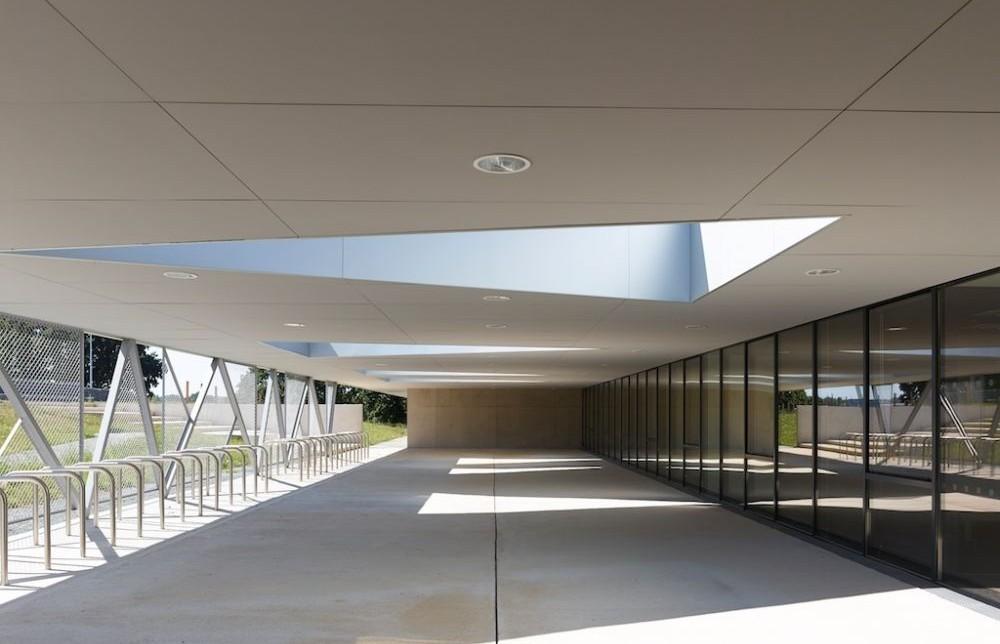 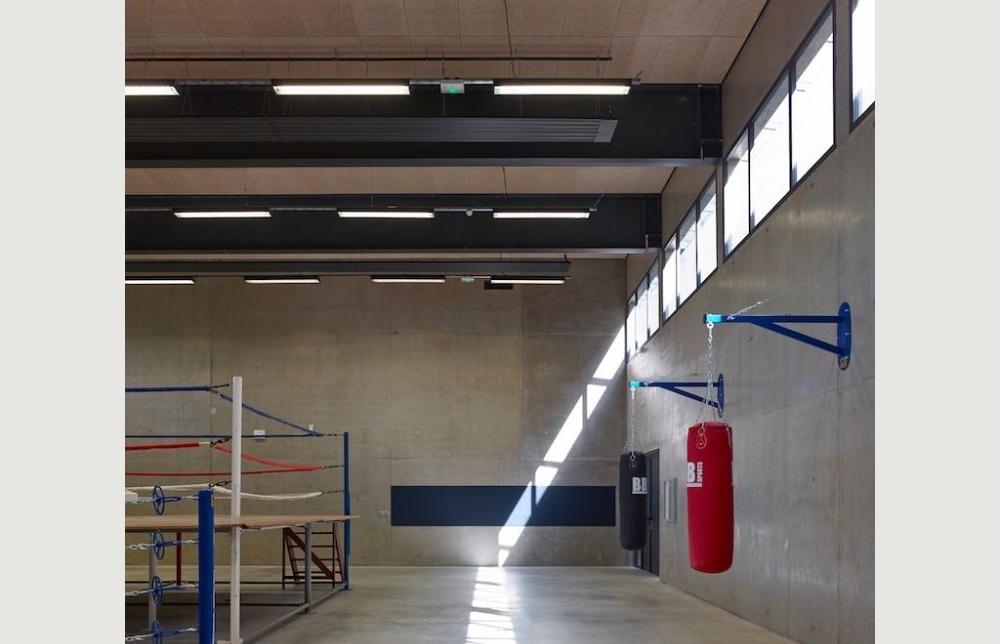 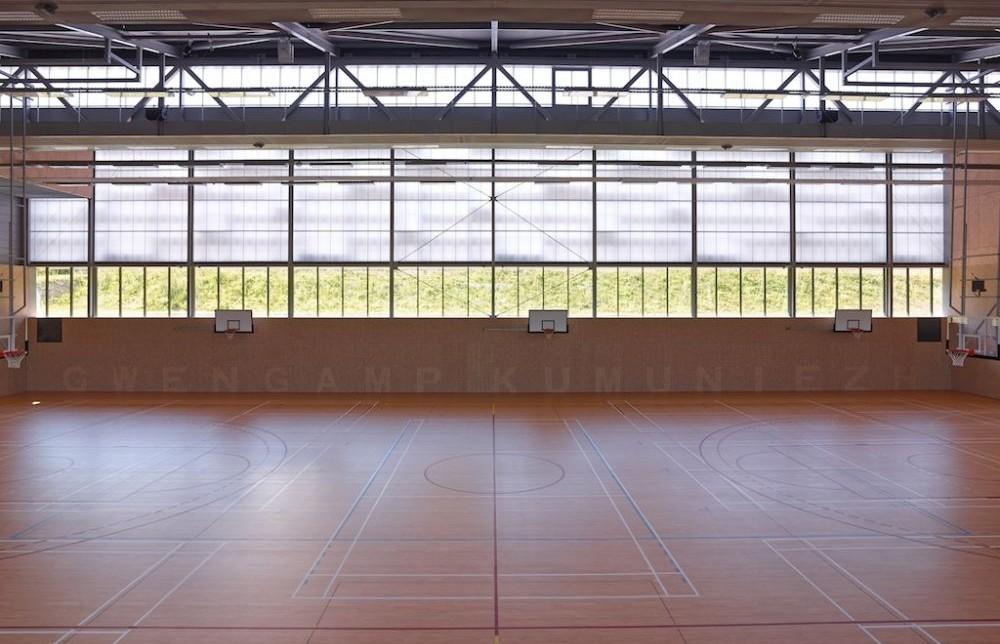 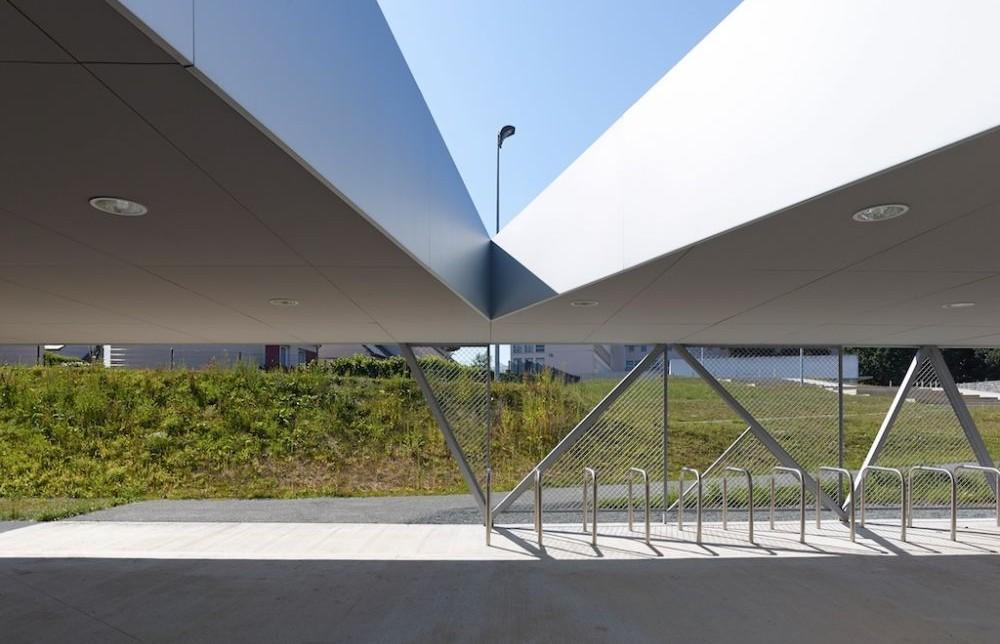 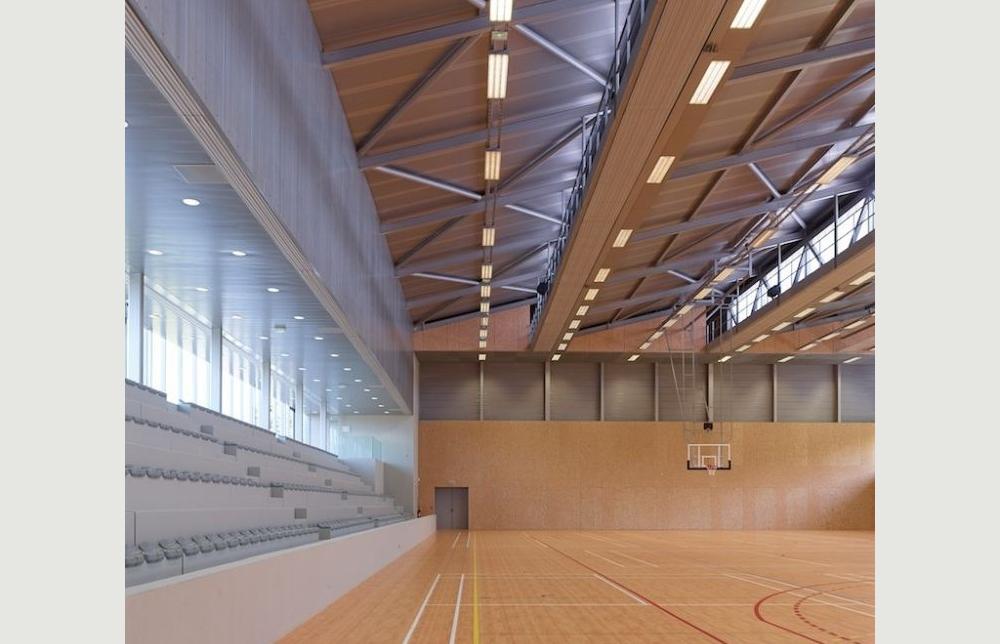 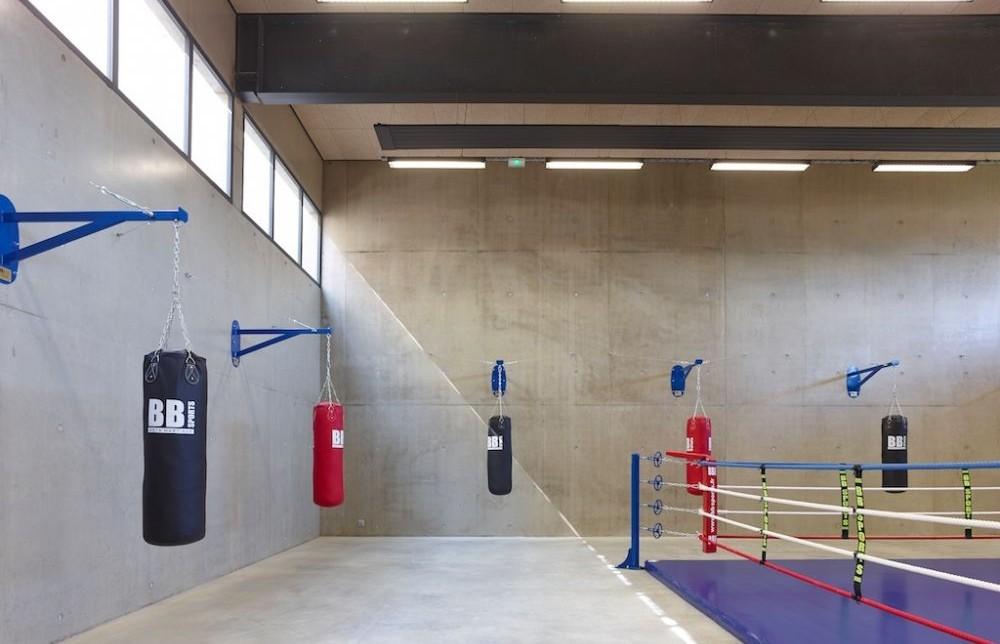 Reveal the original natural topography of the site , Affirm the identification and public visibility of the equipment, Arrange paths in the double sense of accessibility and sports routes , Take into account the far reaching views towards the city center of Guingamp Integrating a global reflection on policy and insulation of the building, Work the scale of the building in its context and its impact on the environment, Finding an optimum sharing of distribution spaces and internal circulation . The project management team has the ambition to include a thorough examination of the issue of sustainable urban development in a holistic approach to complex concepts that define : Planning and insertion , Materials and Resources , Energy , Health. We opted for a passive design by integrating simple, effective and inexpensive investment devices . The bias is to enhance the contribution of free heat. These fundamental choices are key points for the insertion of the project, developed around the concepts of scale, light, use, and flow of material points.

Leveraging the smaller height of the boxing gym, we construct a central volume of 2 current levels , bringing together all the common functions of the program . The interval between the two large rooms avoids built up a front, revealing his public face on a building storey . It provides a visual opening toward the city center of Guingamp accompanying public advance toward the building . Installed as close to the natural terrain , the large sport rooms partly embedded in the South have on this face a reduced volume . Taking advantage of compatible sizes , the project is part of a simple and compact figure, the length of the gym wedged on the width of the multi- room , optimizing constructive frames. Thus, the project has two public facades : To the south it is revealed by a ground motion that opens a rift between the floor and roof whose vegetal operates the bond, while large side volumes are reduced to skylights suspended over landscaping. To the North, the complete volume reveals itself, developing its composition of horizontal strata , and asserting its public identity by length, as an echo and response to the railroad scale.

The installation parallel to the railroad allows a maximum benefit of natural light from North and South, more favorable and manageable and less uncomfortable than the East and West. The south facade takes advantage of a solar gain filtered by a double skin polycarbonate lively sunshades that regulate solar gain . In roofing, metal beams are supported in length, allowing entry sheds light by the South, less déperditifs protected by overhangs . All these provisions allow a level of natural light that will not require any additional artificial input during the day.

Distribution and programmatic clarity are organized in horizontal layers: Upon entry , the sporting public is directed to the stairs leading to the low floor, where he immediately identifies changing rooms installed along a generous clearance . The 3 large sport rooms are arranged around this corridor, to immediate nearby. The public joins through the open “full frame” hall on the city of Guingamp the north gallery and the bleachers . The concern of compactness, due to thermal stakes, management of space and constructive economy finds its full expression : The vertical development reduces distances , optimizes the structures , and contains volumes . Annexes access are supported in the North, allowing direct connection to every sports hall and to all technical areas .

The project is designed in a comprehensive external and internal organization of traffic flow that supports the site topography and functional links . Set in a green corridor , sequence variation that offer pathways defines a sporting route which advantageously completes the equipment : Loop jogging, platforms in the emmarchements… The acces, constrained by topography and regulatory data, finally becomes landscaped park, to the use of all, walkers and sportsman, and inscribes the project on its site , by giving meaning to the original topography and building the duality of public image of the new equipment.

The materials that are the facades of the project are chosen for their simplicity and sustainability : concrete, glass and metal harmonize the built together. The opalescent vetures of polycarbonate and metal siding mirror polished stainless steel are dressing elegantly high volumes , by revealing implementation constructive frames. The perception in the site combines the geometric strength of its design with multiple variations of landscape reflected according to the hours and seasons, asserting with elegantly the institutional value of the equipment.