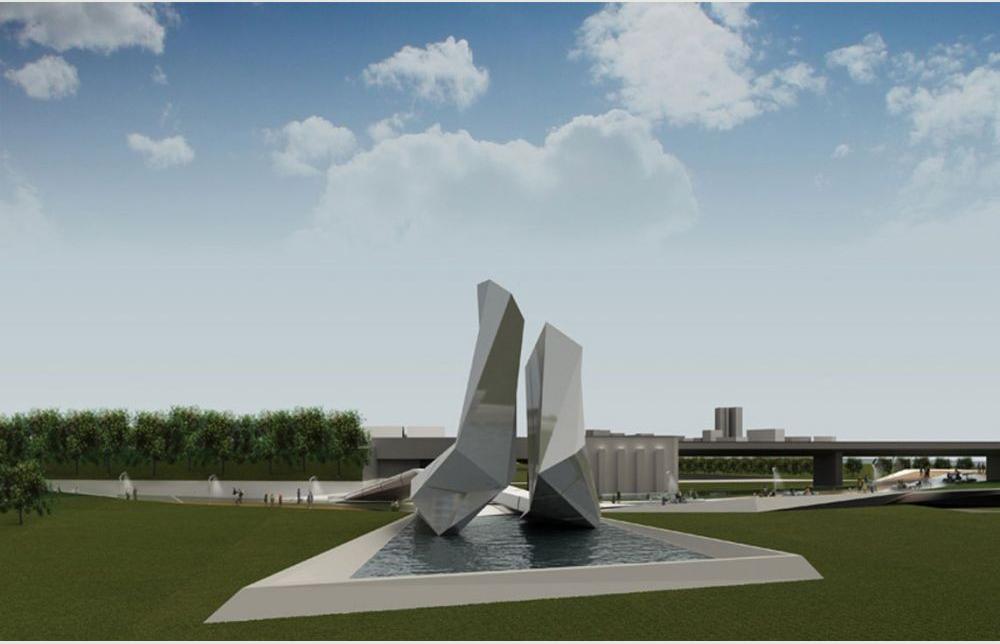 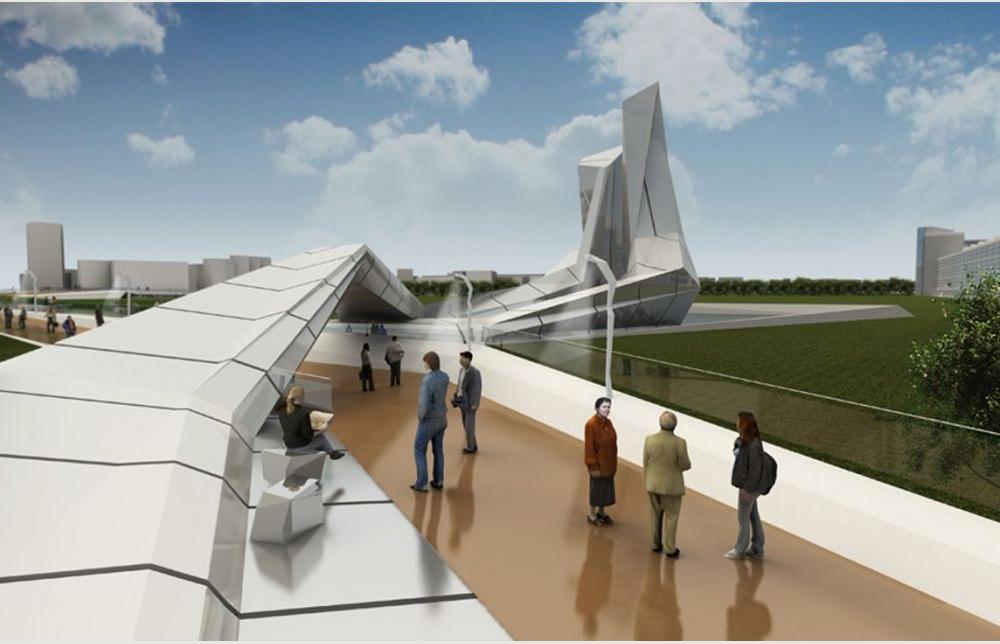 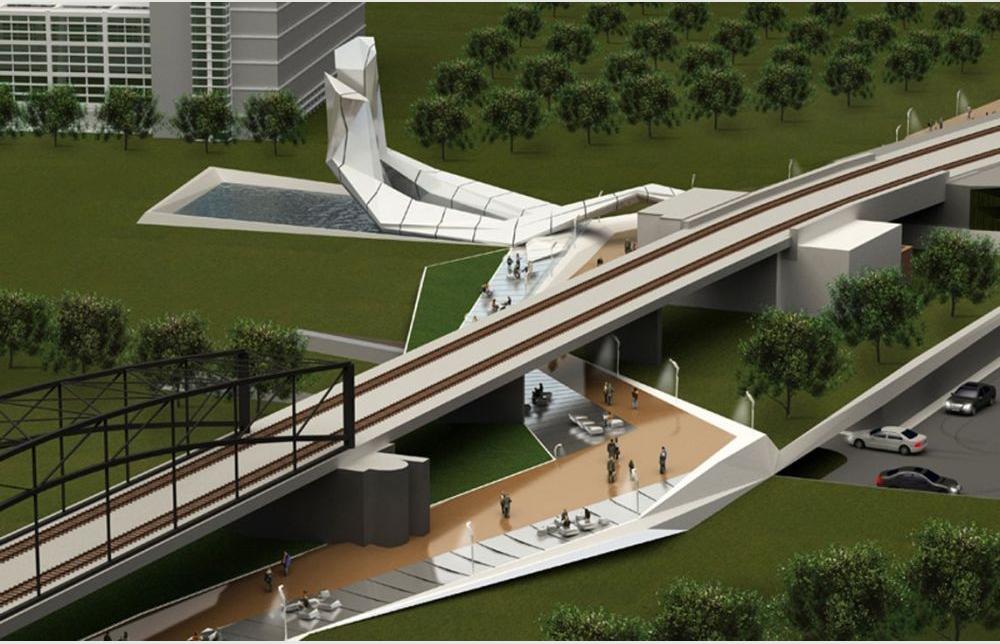 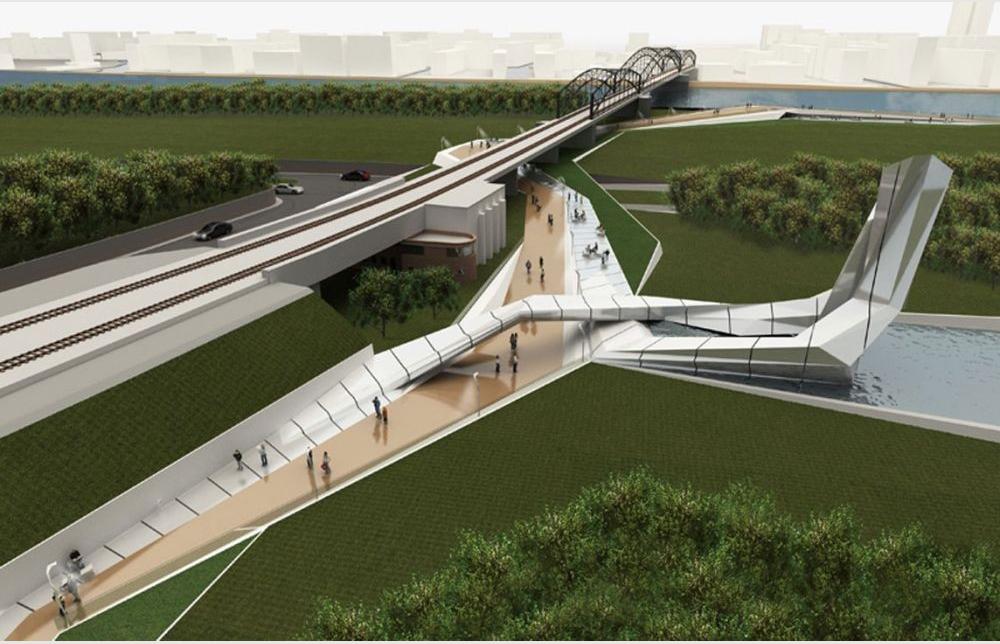 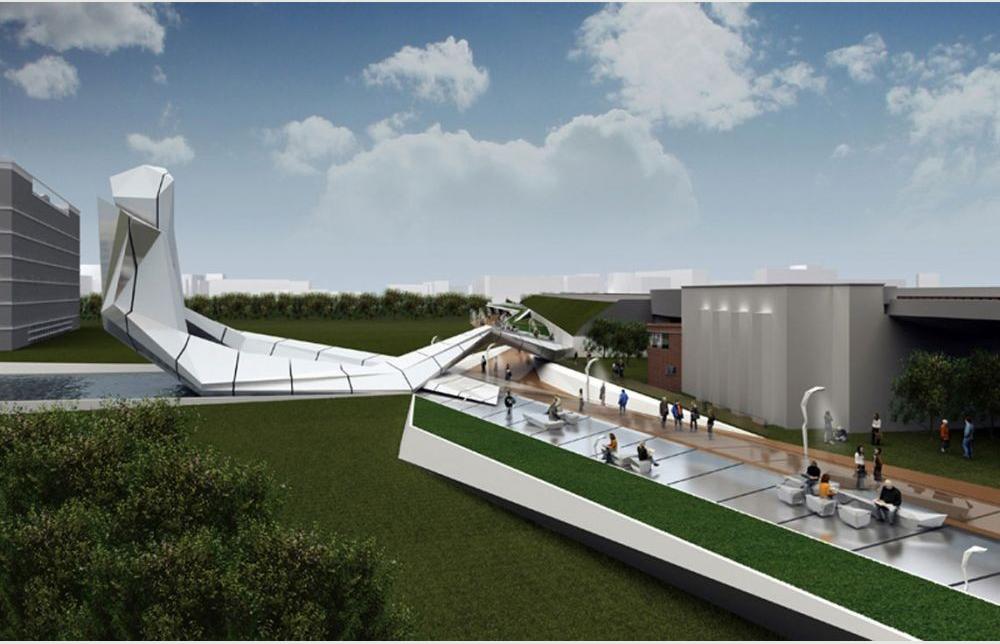 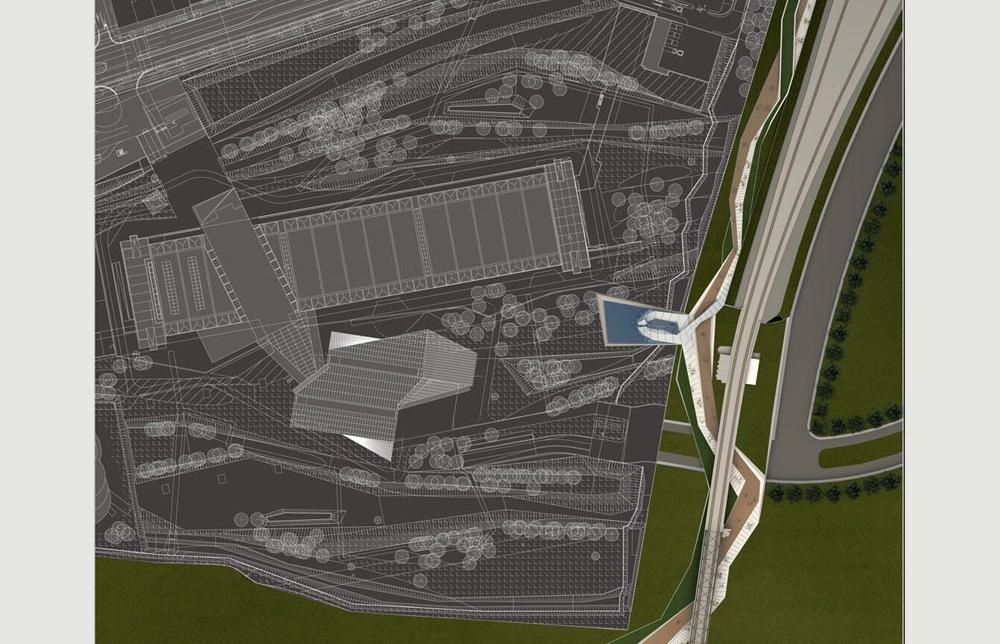 AquiliAlberg reveal their Grossmarkthalle Memorial Site competition proposal along with the news of the groundbreaking of Coop Himmelblaus new premises of the European Central Bank ECB.

The ECB will be constructing its new headquarters up until 2014 on the site of the Grossmarkthalle former wholesale market hall in Frankfurt. The building is based on the plans designed by the Viennese architecture office Coop Himmelblau.

In close cooperation with the European Central Bank ECB and the Jewish Community of Frankfurt, the City of Frankfurt am Main is to create a memorial site in the immediate vicinity of the former Gromarkthalle market hall to commemorate the deportation of more than 10,000 Jewish citizens of Frankfurt, who were assembled on this site before being deported to concentration camps.

The project is to serve to commemorate these historical events, provide information about what happened and keep alive the memory of the organised genocide of the Jews underthe national-socialist policy of extermination.

Laura Aquili Ergian Alberg have worked in Amsterdam, Rotterdam, Rome, London and Beijing for different internationally recognized offices: Zaha Hadid, OMA, UNStudio, ONL and Fuksas, where they have been responsible for different scale projects, from product design to architecture.

In 2006 they founded in Milan the AquiliAlberg studio, where they work on architecture, design and graphics with an experimental and innovative approach, combining their multidisciplinary experience gained from abroad, with their background rooted in graphics and the arts.

In 2006 they designed the new prestigious Christies auction house headquarters, new offices in Milan and the new layout for auctions of Milan and Rome.

The side-table Vertigo, marks the beginning of the collaboration with Moroso in 2007.

The studio completed in 2009 an housing project in Cremona and recently they have been the appointed architects for an ambitious touristic harbour in Jesolo.

Also, 2009 saw their first installation and graphics project for the Triennale di Milano. The exhibition “The fragile city, curated by sociologist Aldo Bonomi, was staged successfully in the prestigious location in Viale Alemagna.

The first project in the fashion world marks the collaboration with designer Neil Barrett for which they have designed the backdrop of the fashion show in Milan, AW2010.

Their clients include, Moroso, Corian, Serralunga, Ritzenhoff and Fiam.

Work of AquiliAlberg has been published and exhibited worldwide.