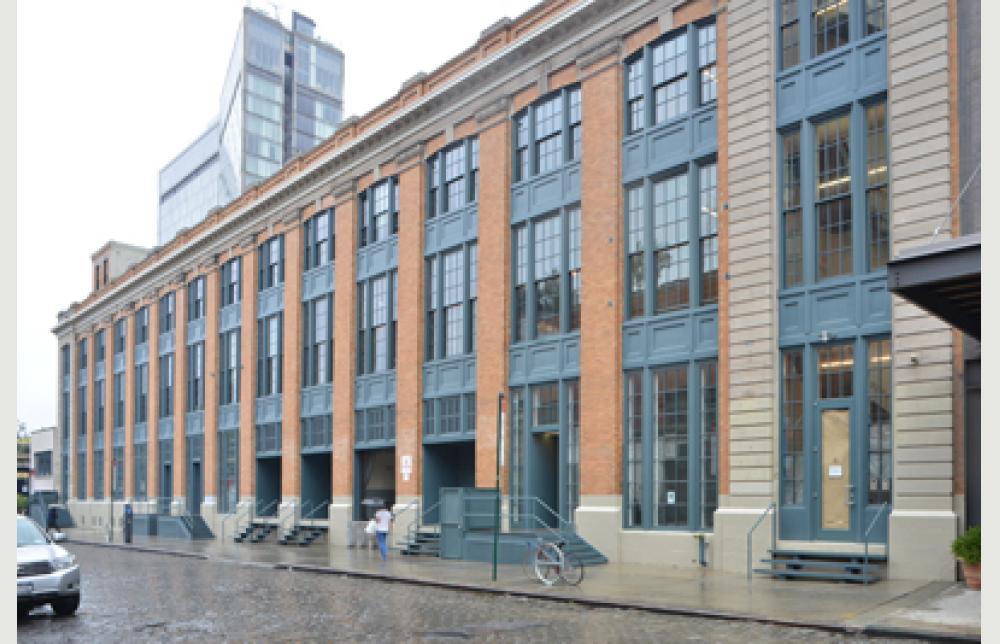 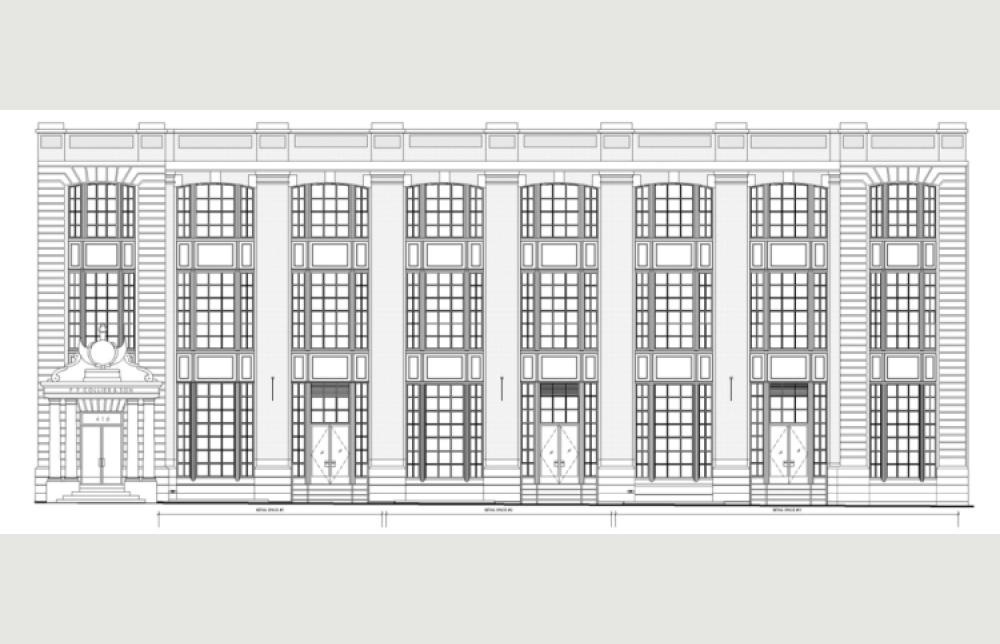 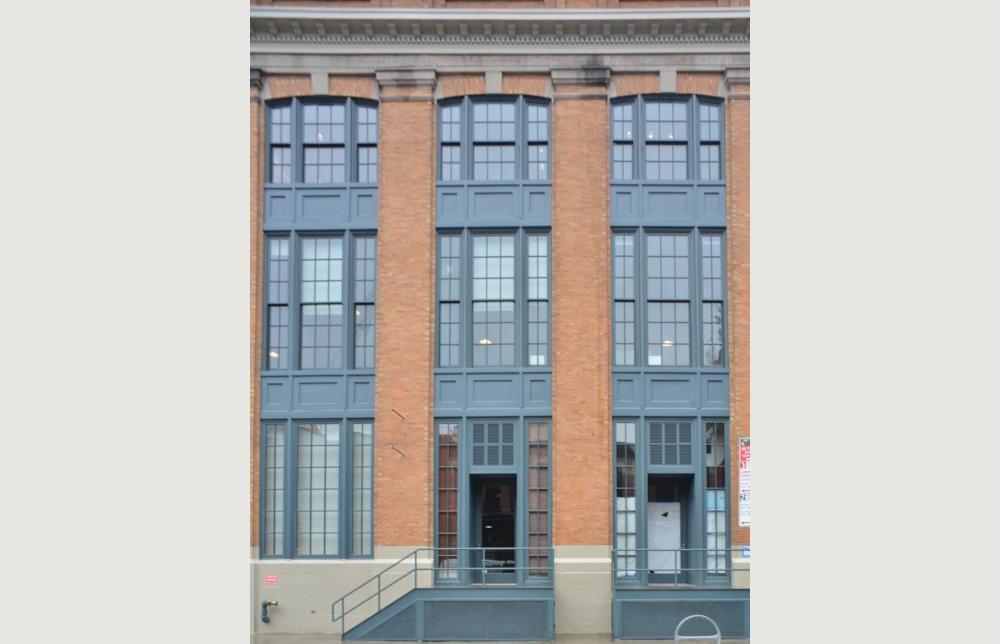 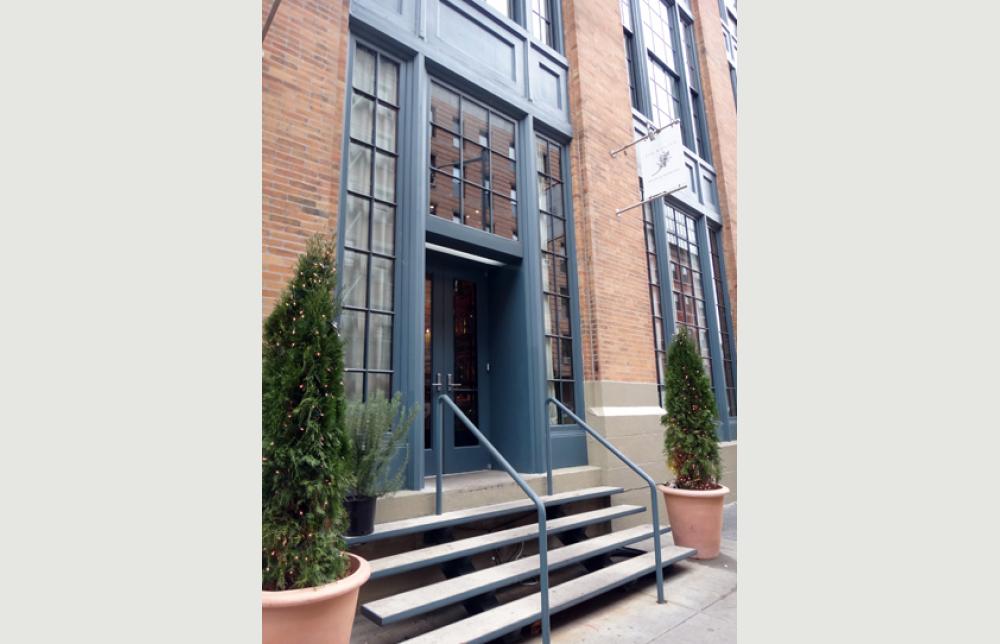 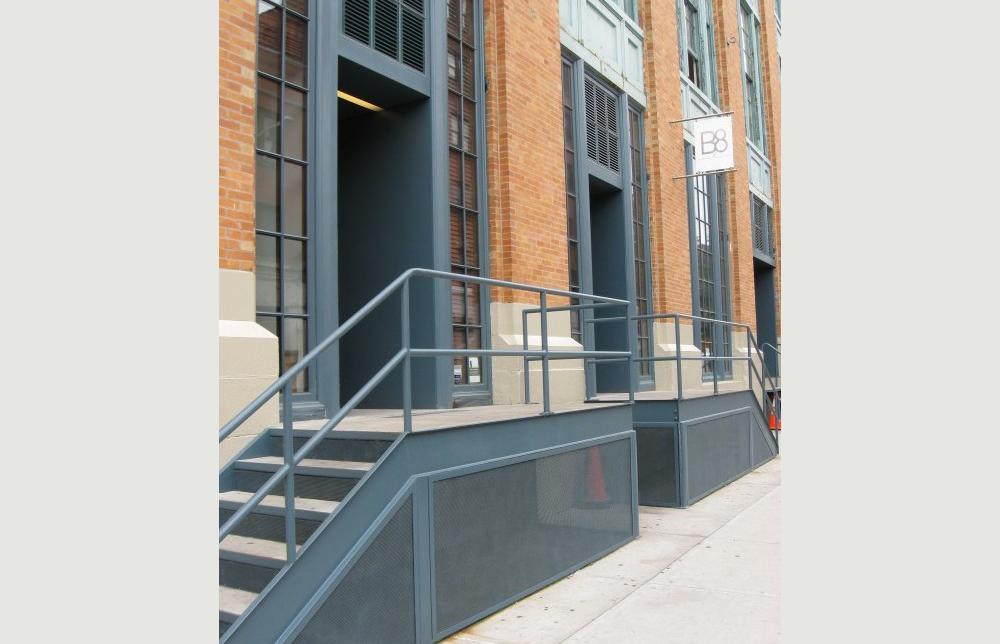 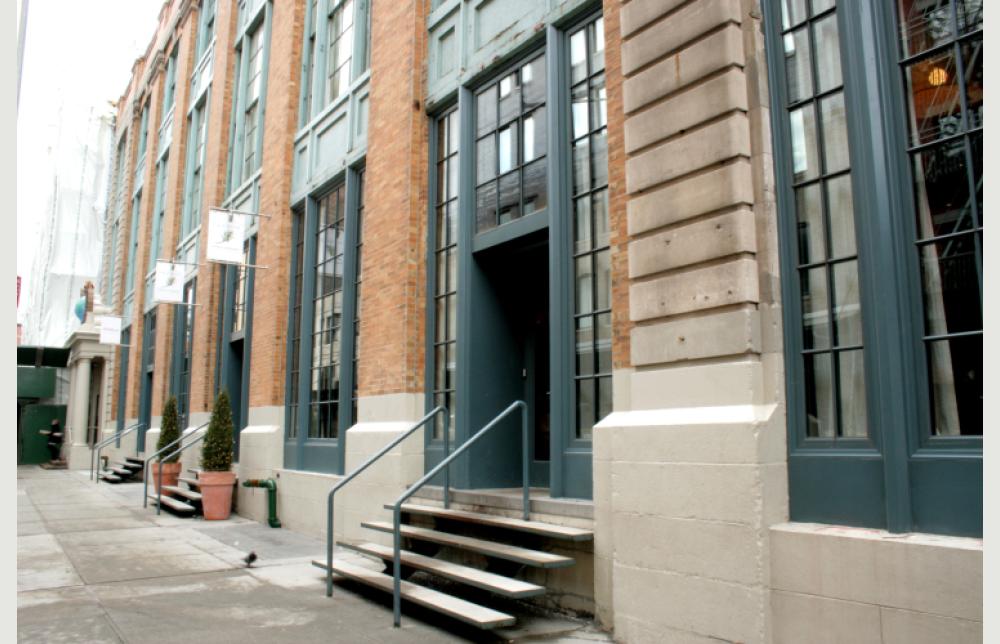 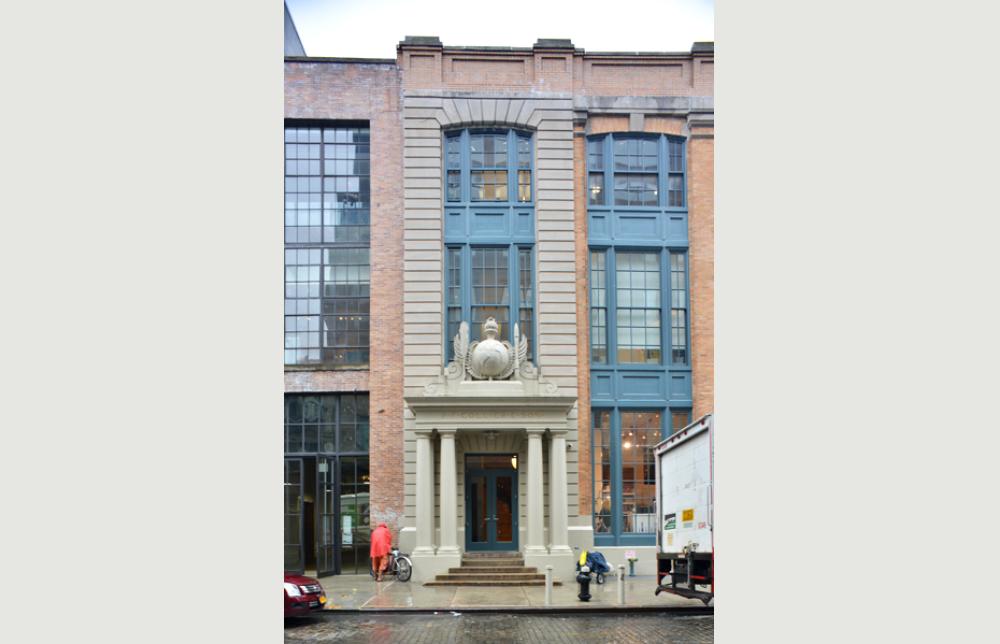 Since 2004, EOA has been doing ongoing work at the Colliers Printing House building in the Meatpacking District, with street frontage on both West 13th Street and Little West 12th Street. The renovation of the Colliers building was the first application for work in the newly designated district and as such, it generated quite a bit of attention at the Landmarks Preservation Commission.

The Owner’s program has been to develop the building and provide office and studio space on the upper floors with retail spaces at the street level. The existing building did not have street access to individual spaces but only to the central lobby – one on West 13th Street, two on Little West 12th Street. The challenge was to create individual entries for retail spaces while also being sensitive to the existing window configuration.

Our solution was to extend the existing window sills to the datum of the interior floor level, creating a full floor to ceiling opening. The window details were carefully reproduced using an aluminum window system to replace the rotted wooden system. The entries to each space were clearly articulated by recessing the doorways and framing them in an aluminum box, providing a location for subtle lighting. Stairs were constructed to accommodate the sloping sidewalk and raised slab of the first floor.

The building has now become a major design and fashion hub in the Meatpacking District of NYC.