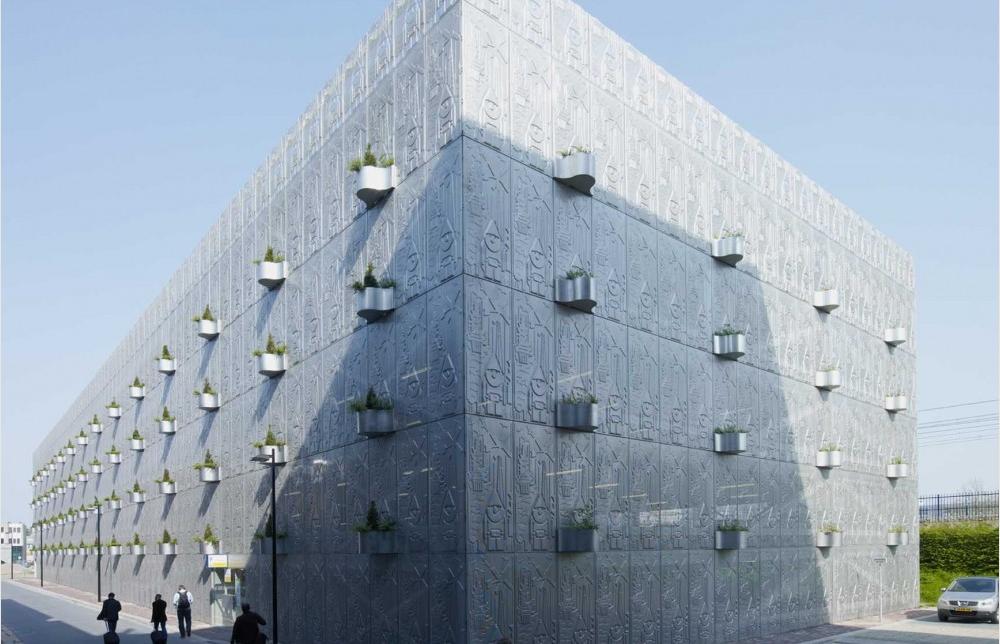 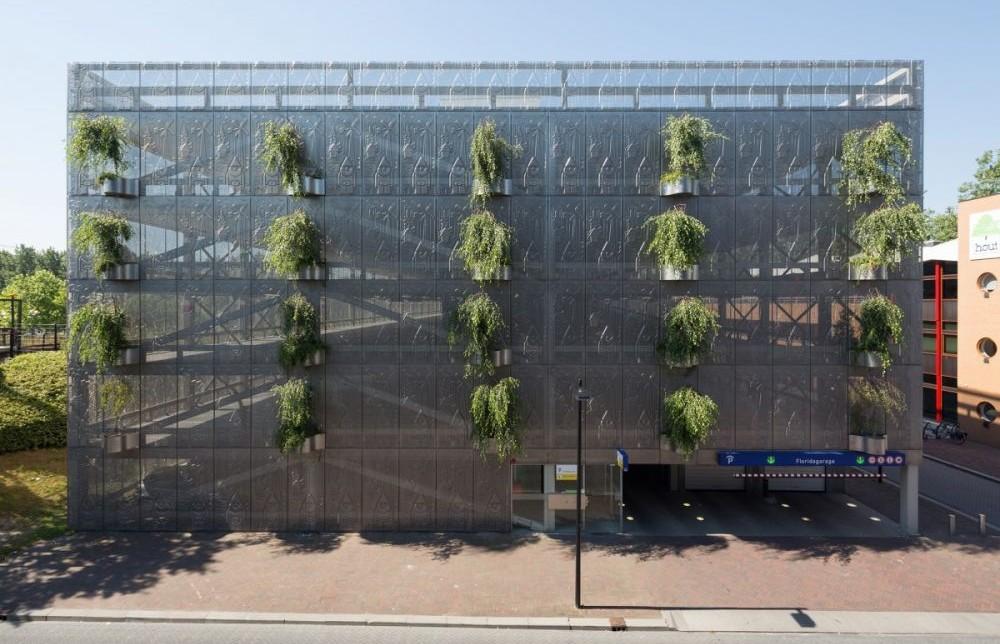 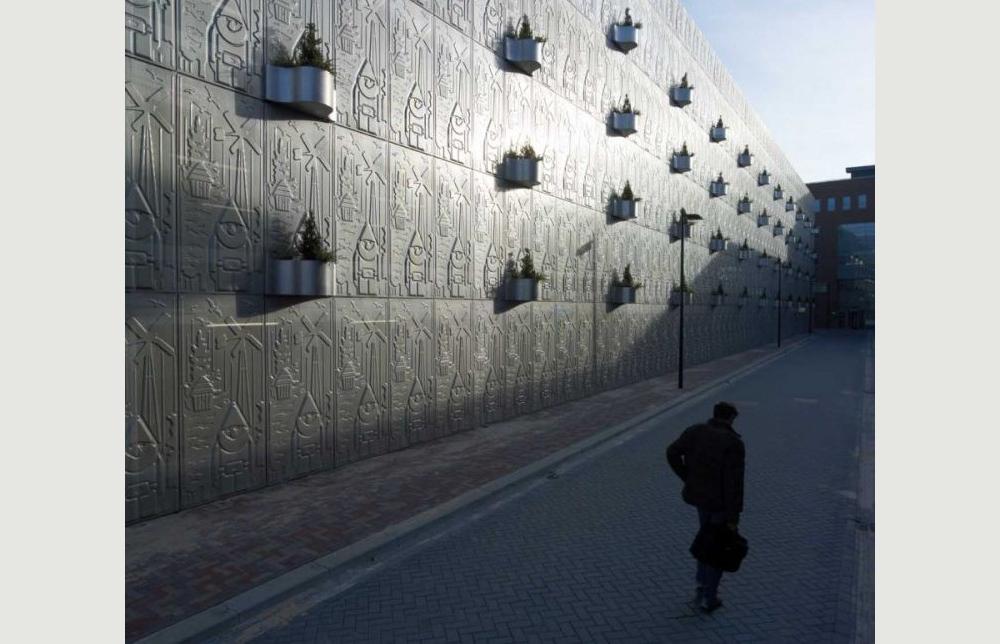 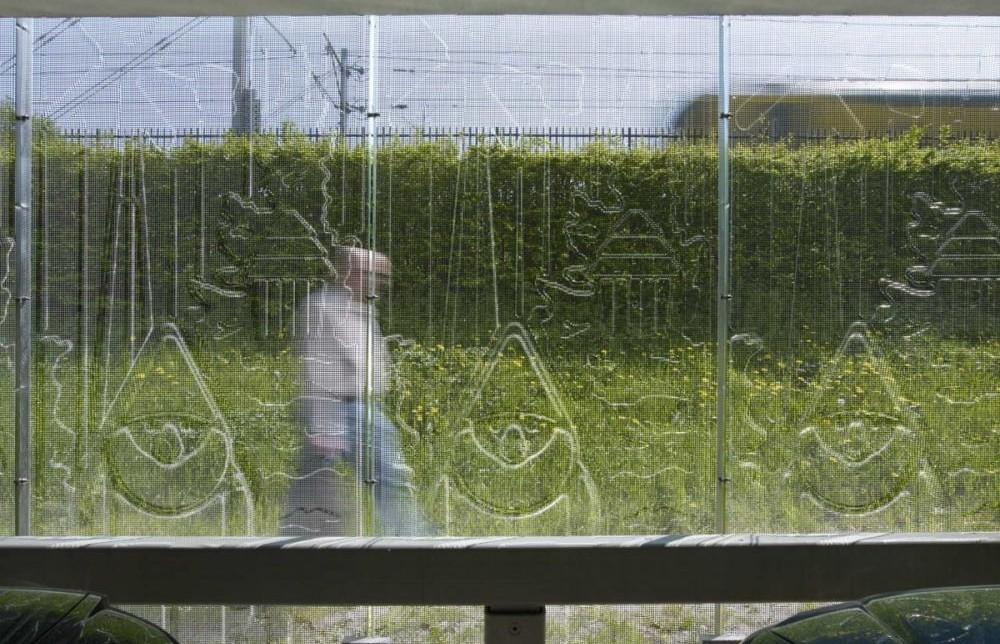 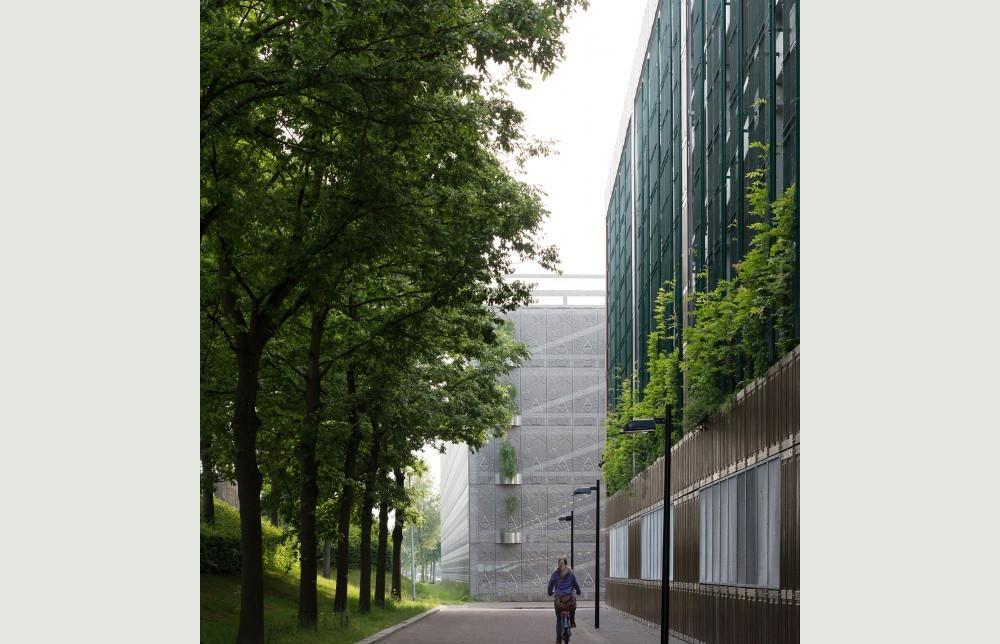 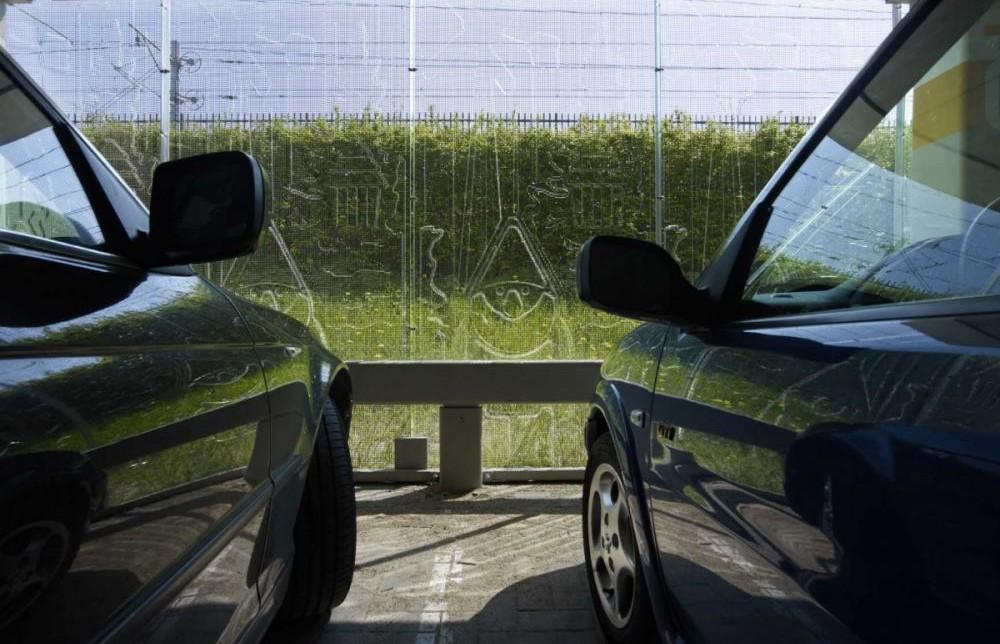 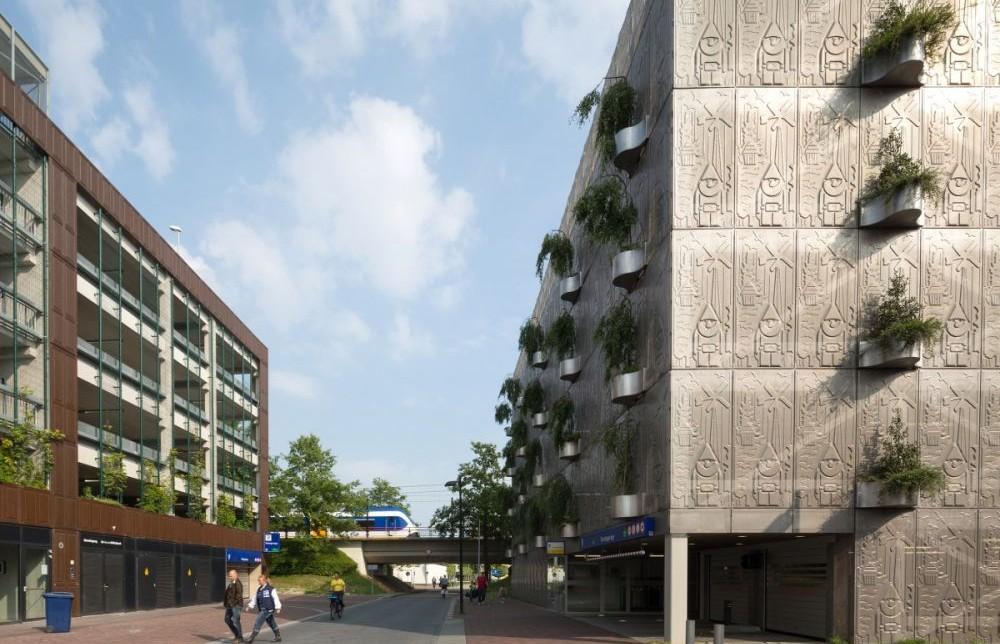 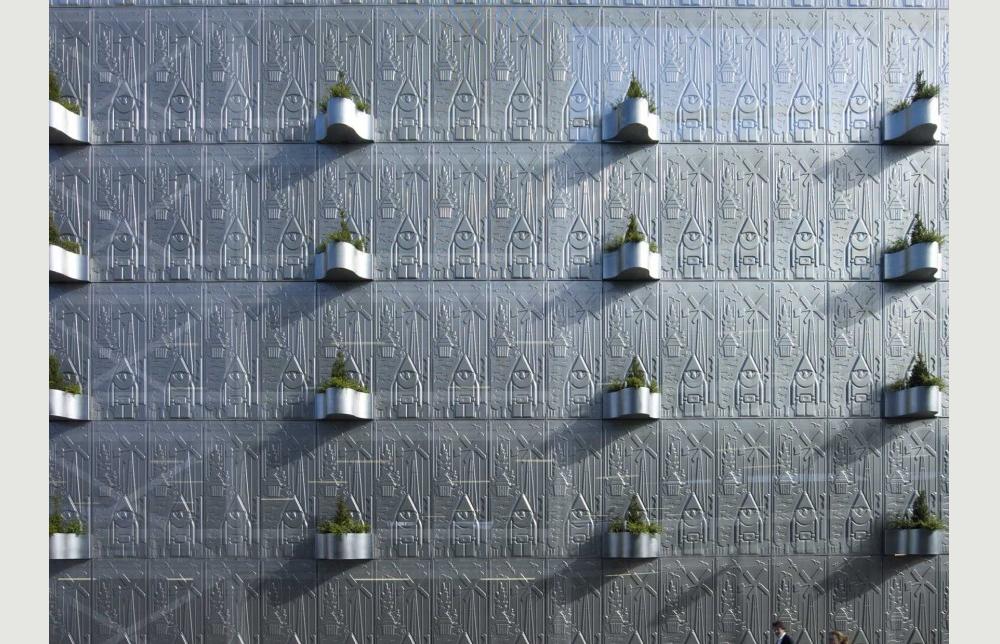 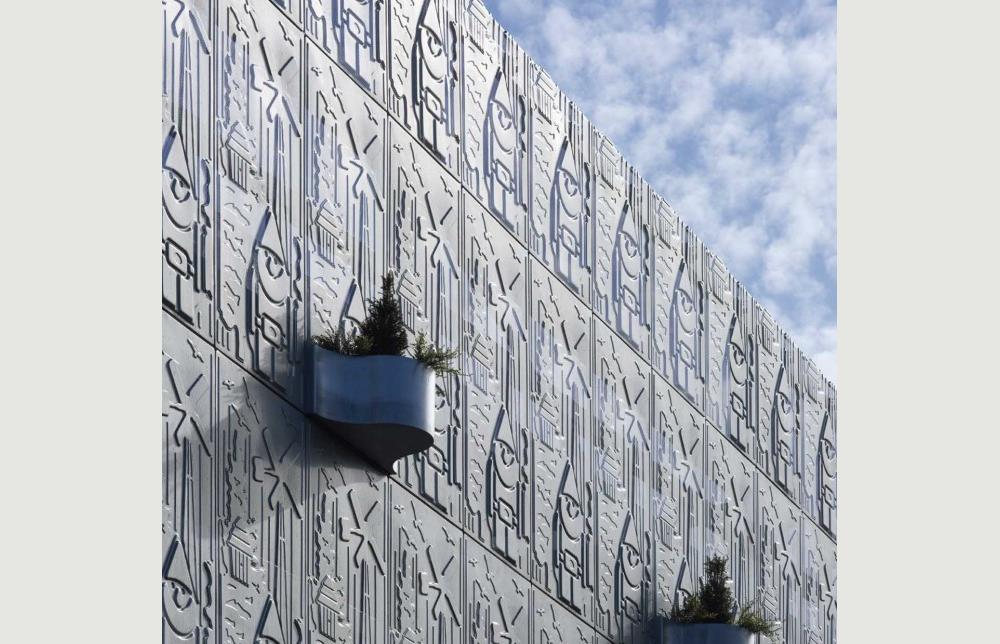 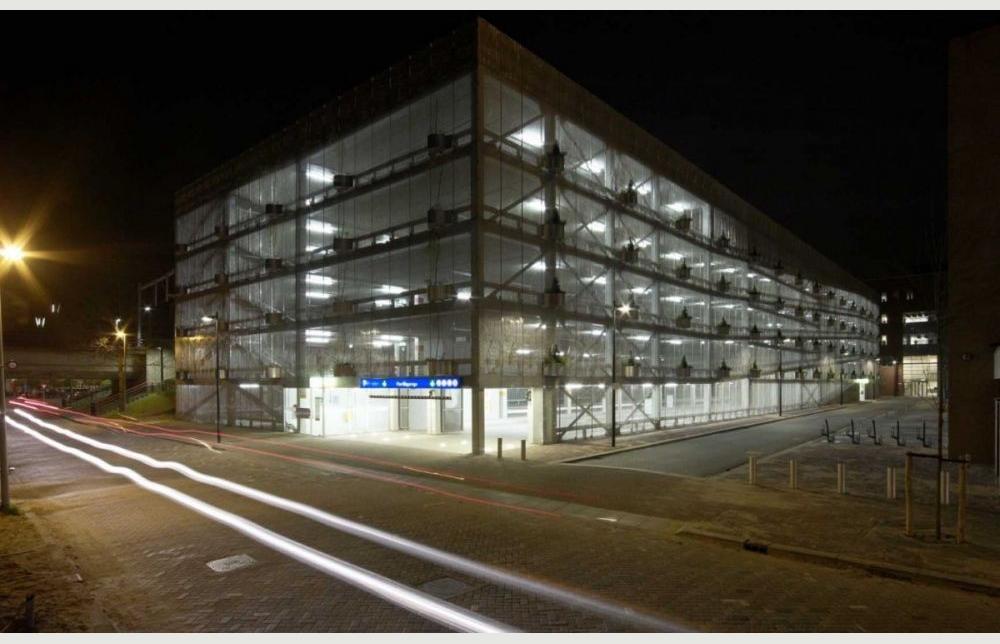 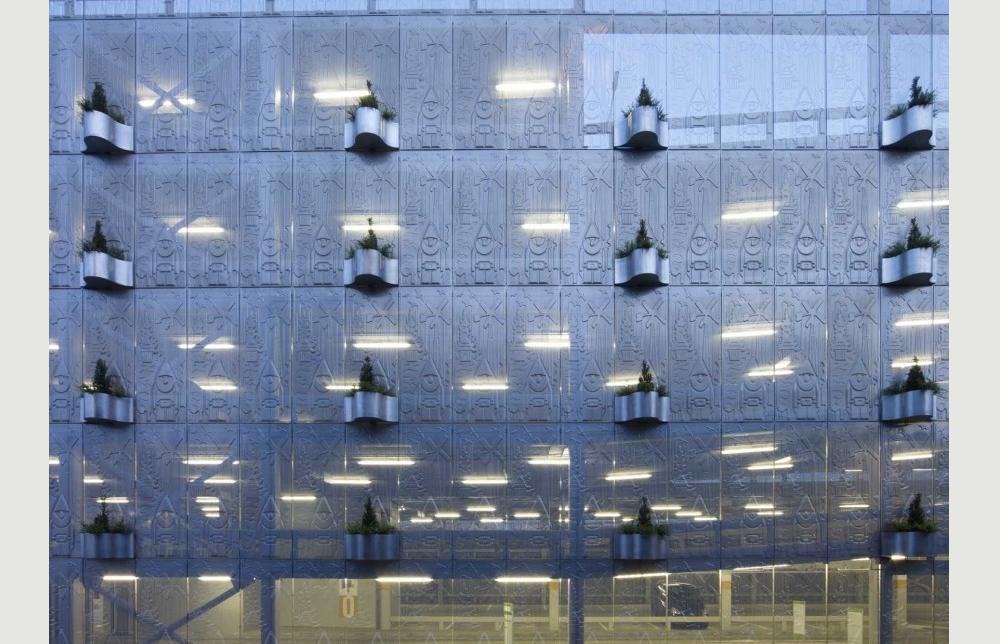 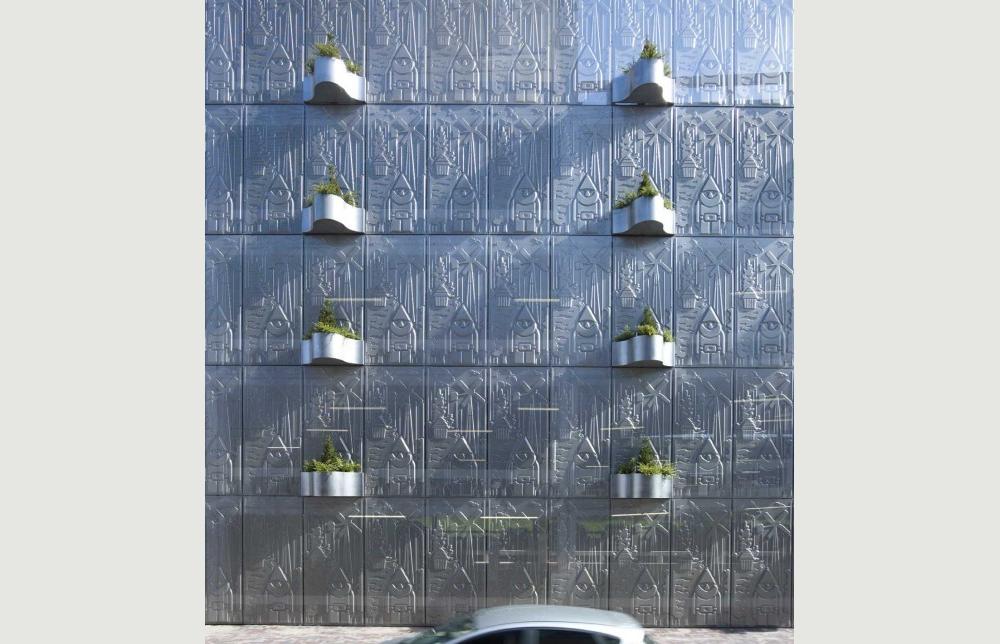 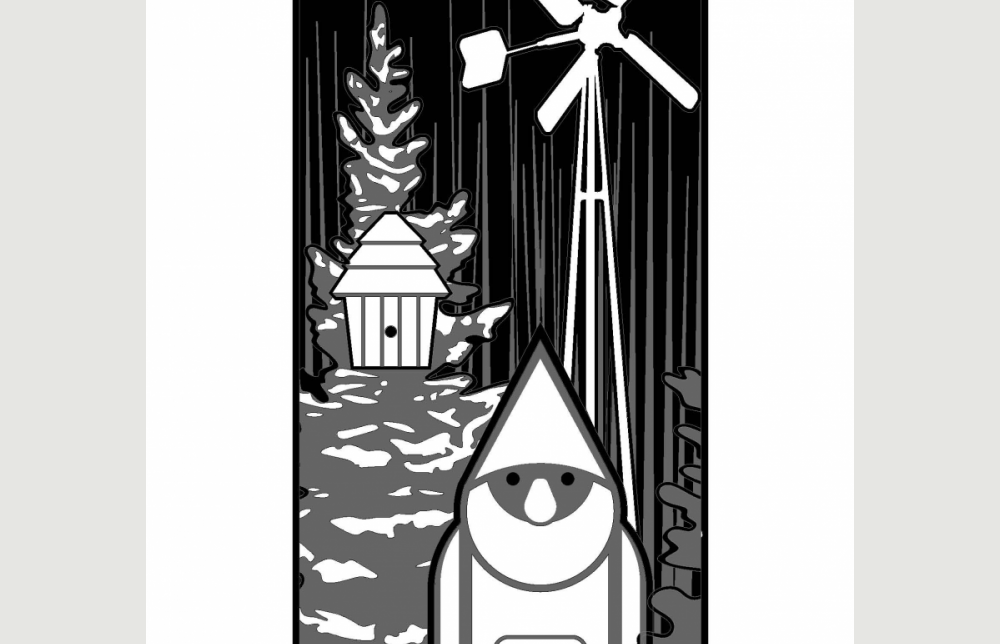 The development of the Gnome parking garage, with 413 parking spaces, is part of the expansion of the city centre of Almere-Buiten. Features of this plan are a lot of green and a clear urban structure. At the architectural level many experiments with innovative materialisation and new constructions have been made, as also in the Gnome parking garage. The special facade of the garage contains natural elements, like integrated plant containers with specific plants based on the orientation of the facade. By using a vacuum forming technique, commonly utilized in the automotive industry, the perforated facade panels show characteristic images of the province of Flevoland like birds, windmills, garden gnomes and bird houses. The surface relief created by the pressed figures on the panels lends the garage the appearance of a cheerful-looking giant tin can. Since the facade panels act as veils, the garage interior is flooded with daylight. This also creates a sense of community safety and pleasant natural ventilation in the garage. In the evening hours the facade acts as a luminous object that further enhances community safety in the immediate surroundings.