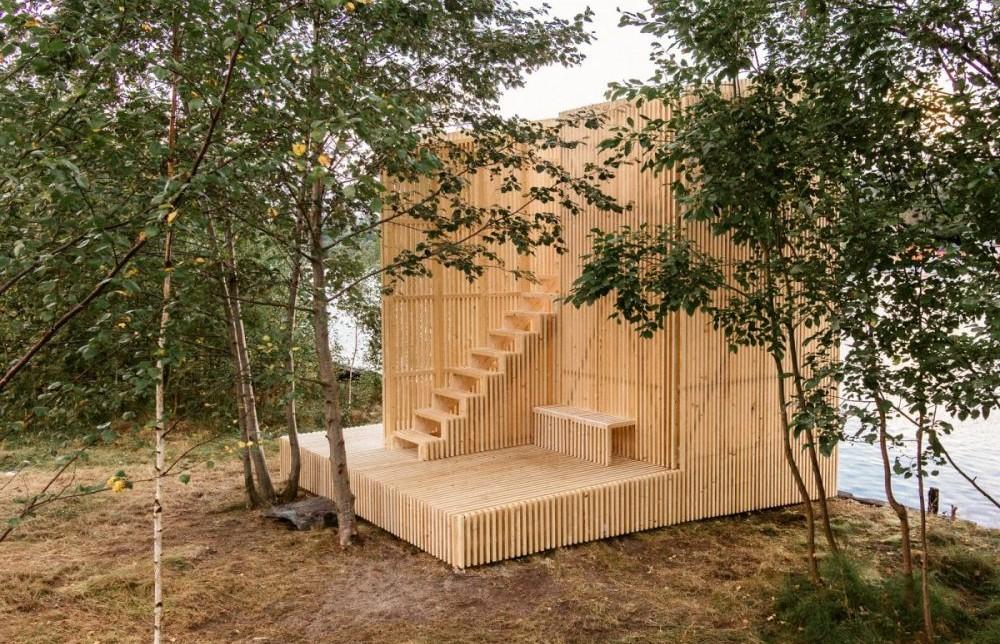 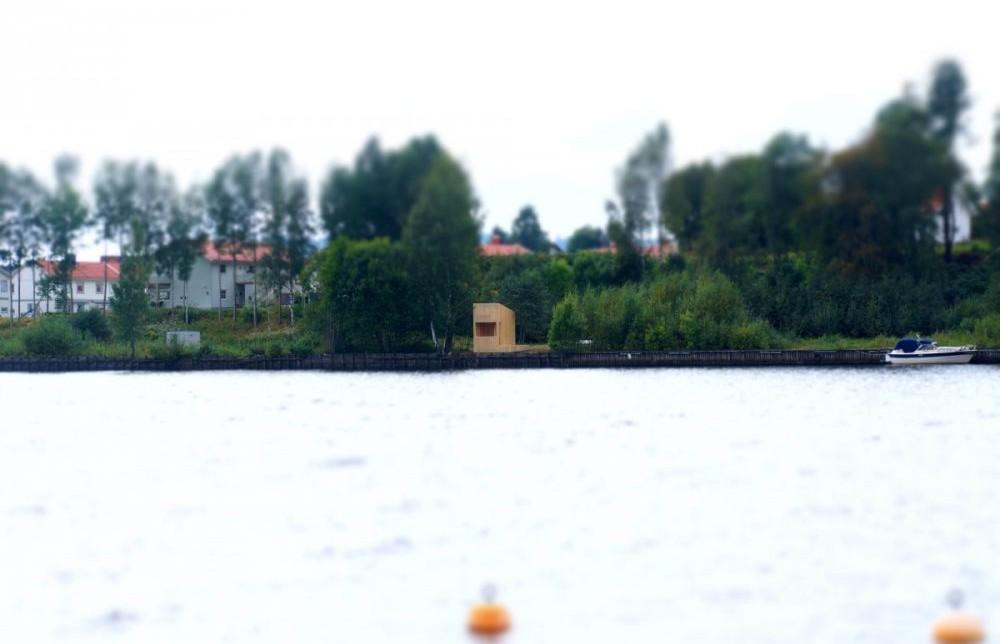 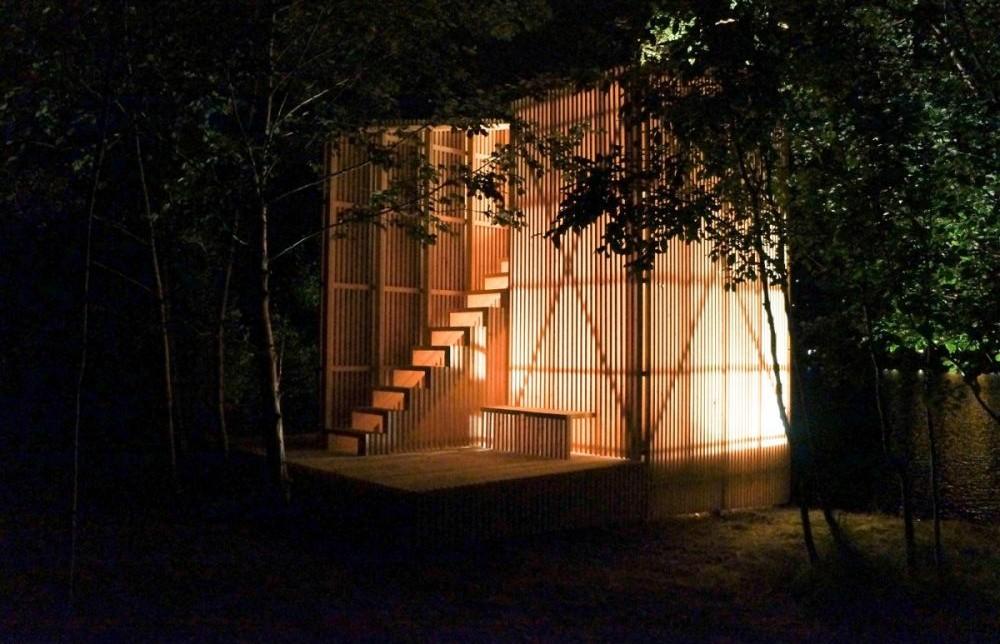 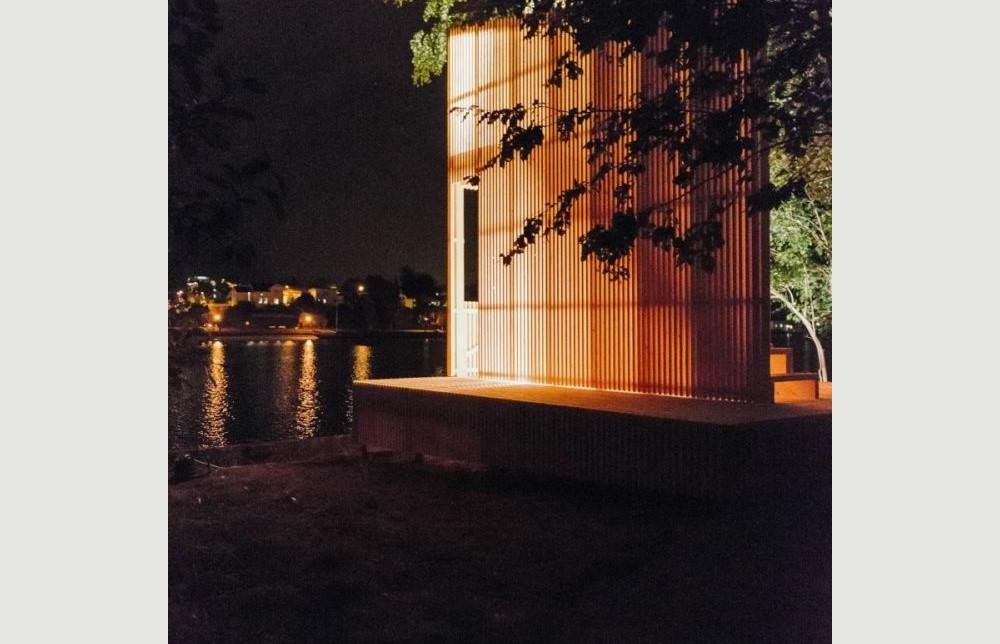 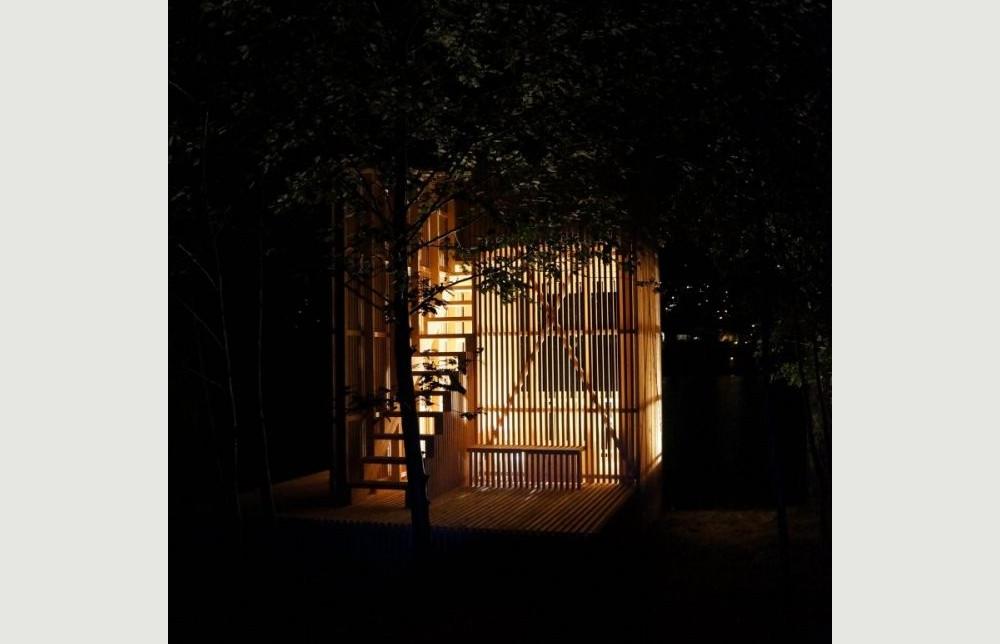 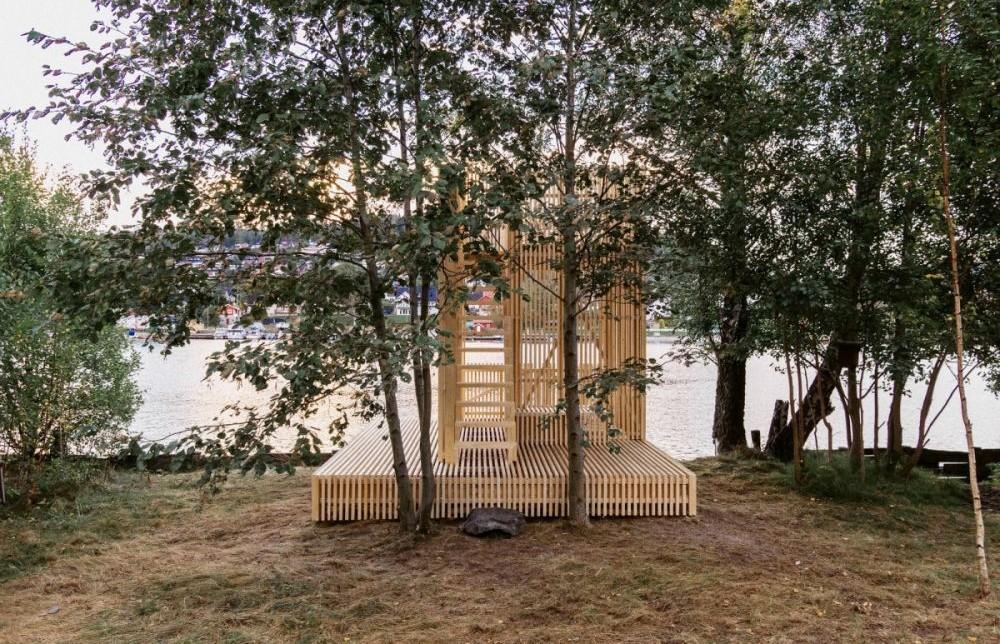 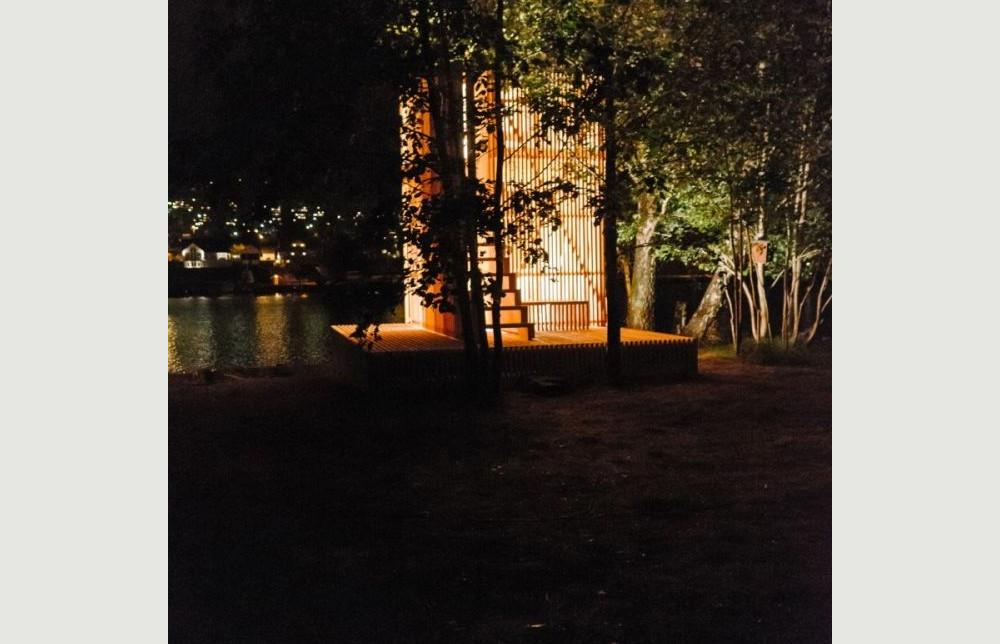 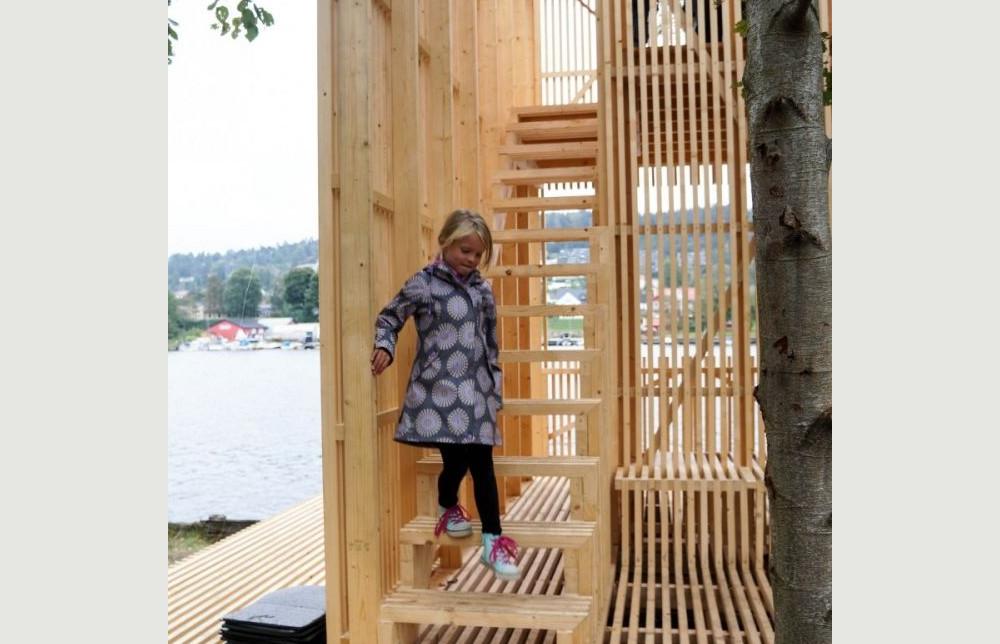 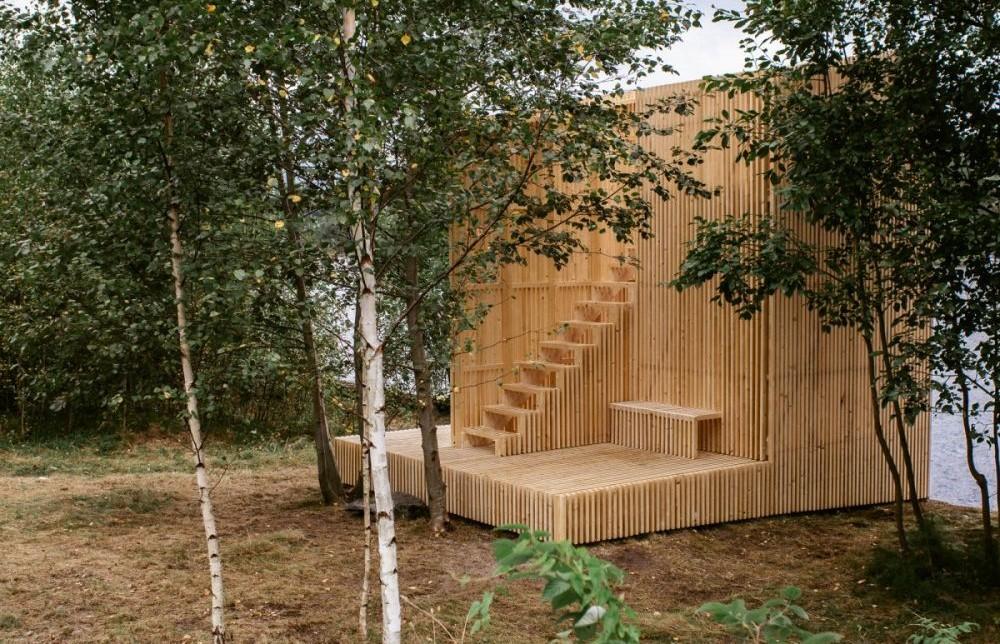 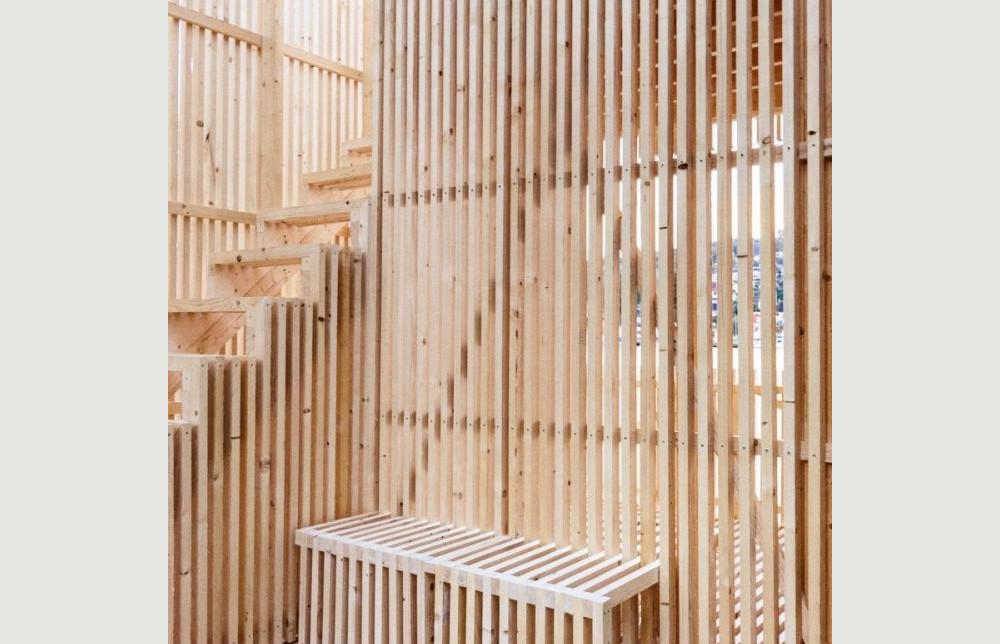 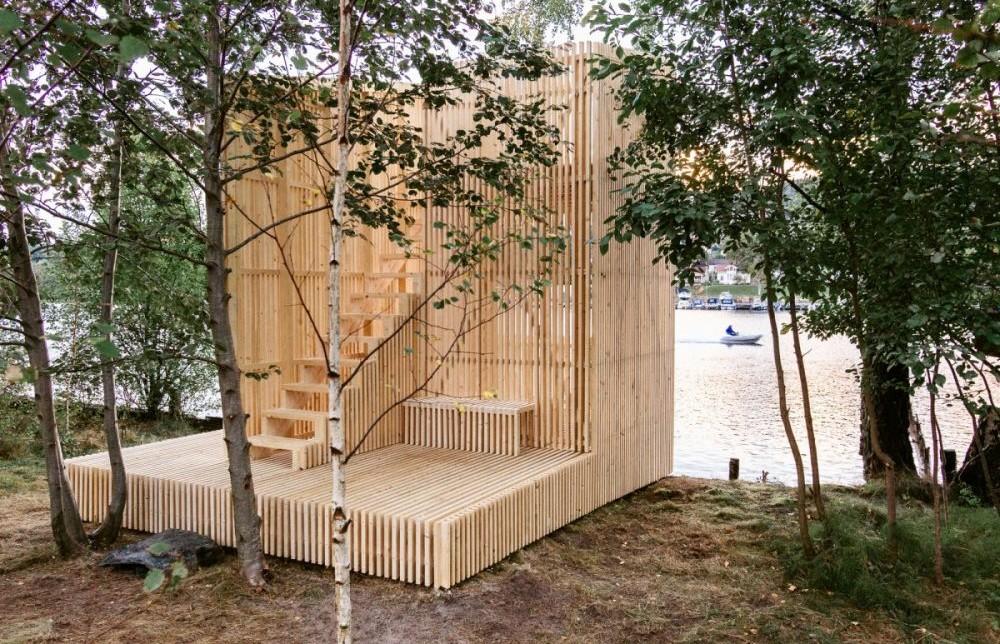 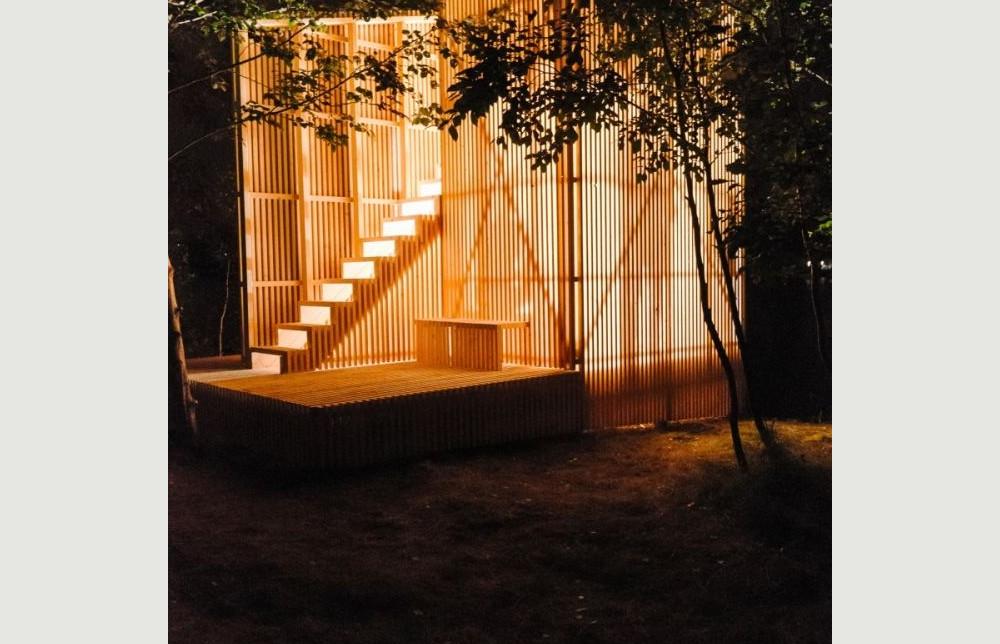 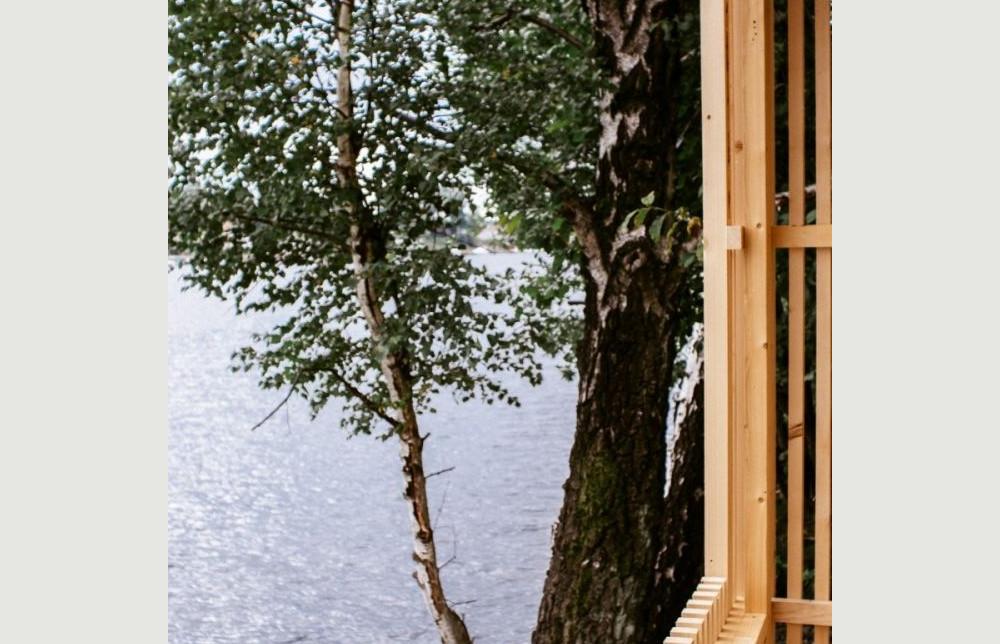 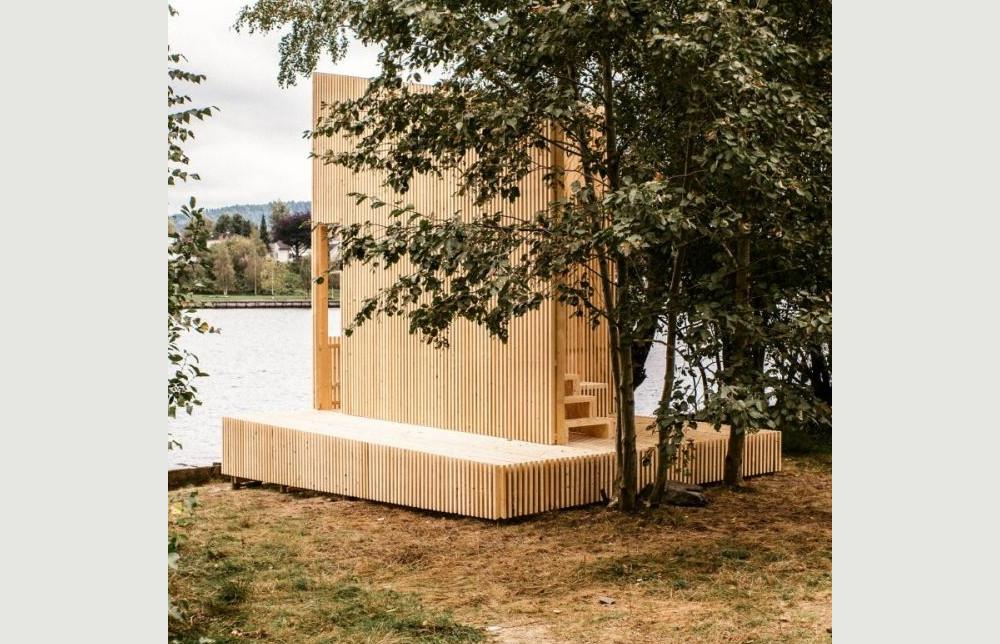 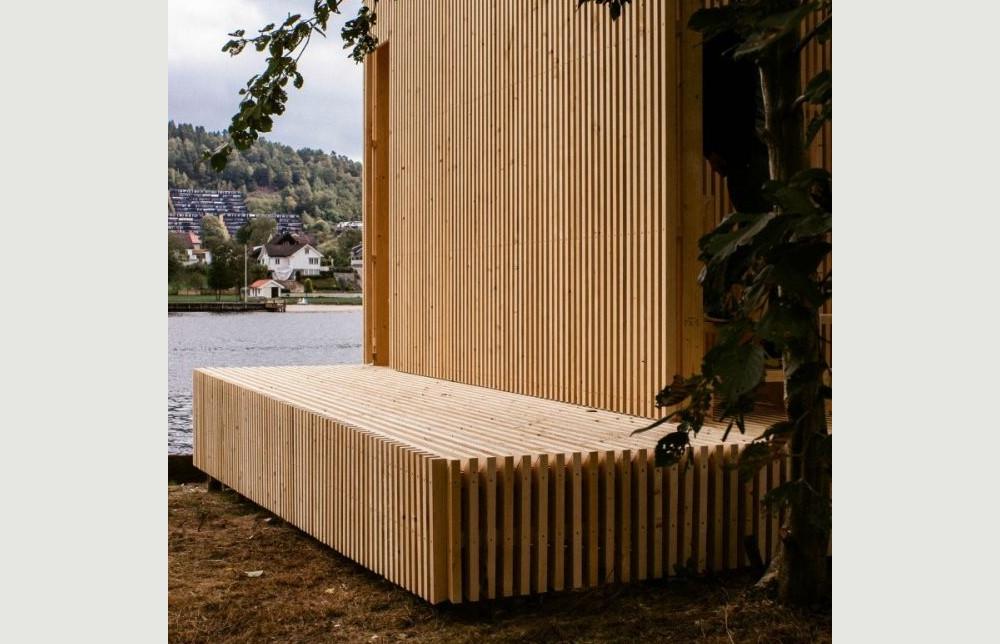 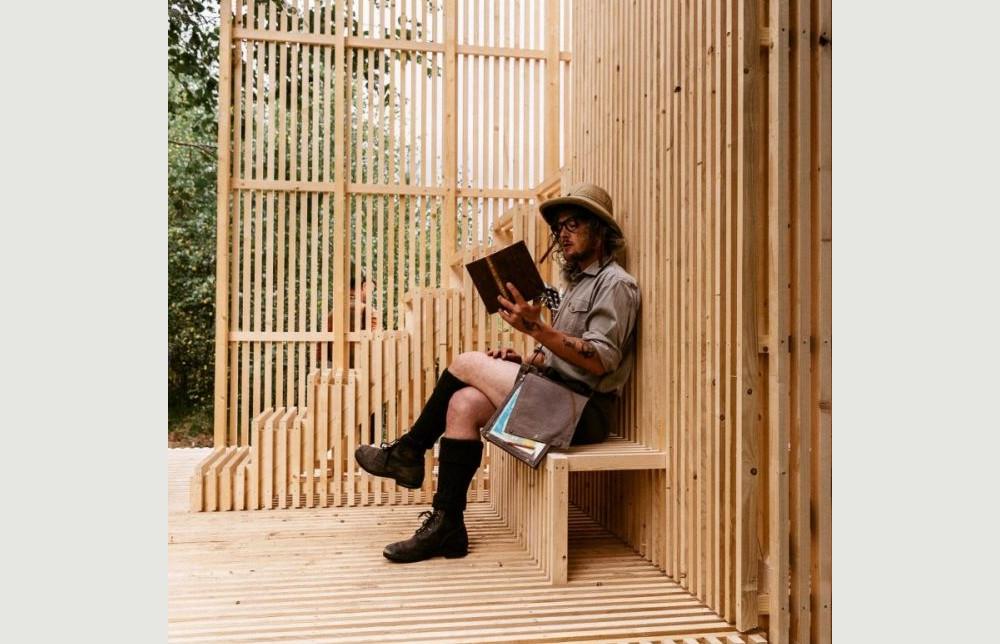 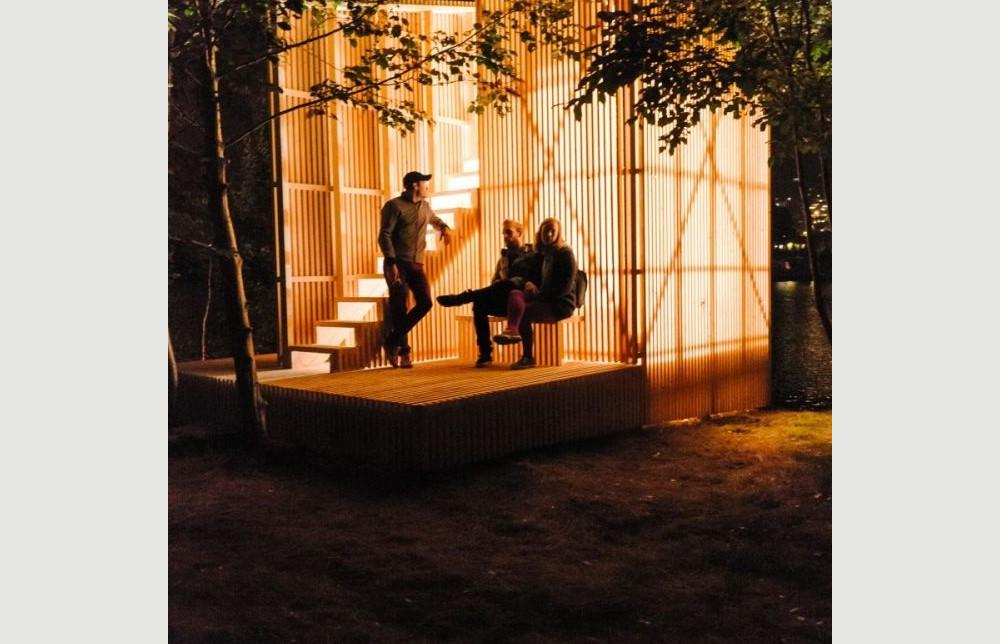 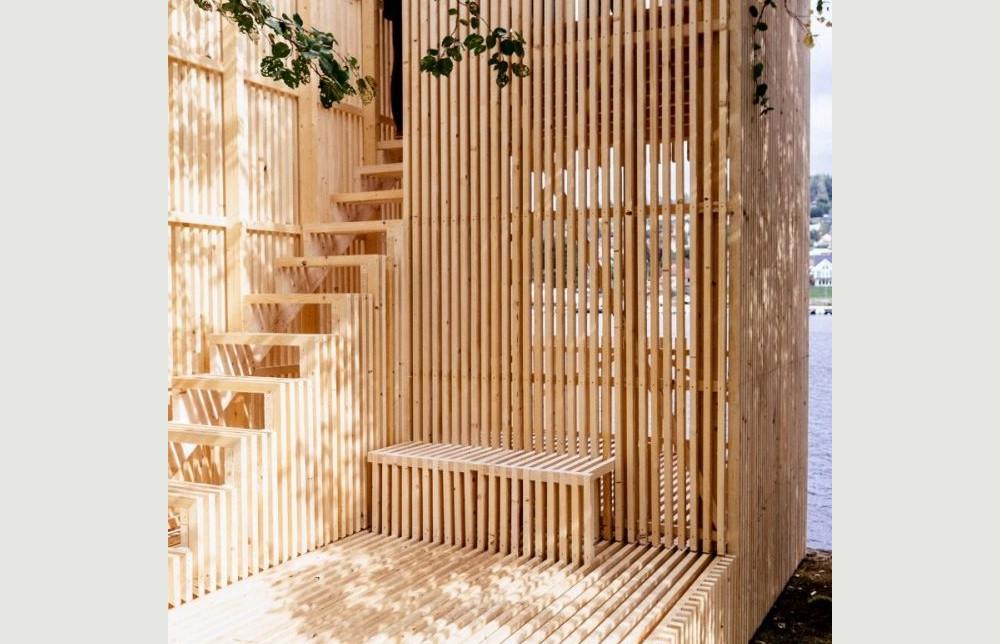 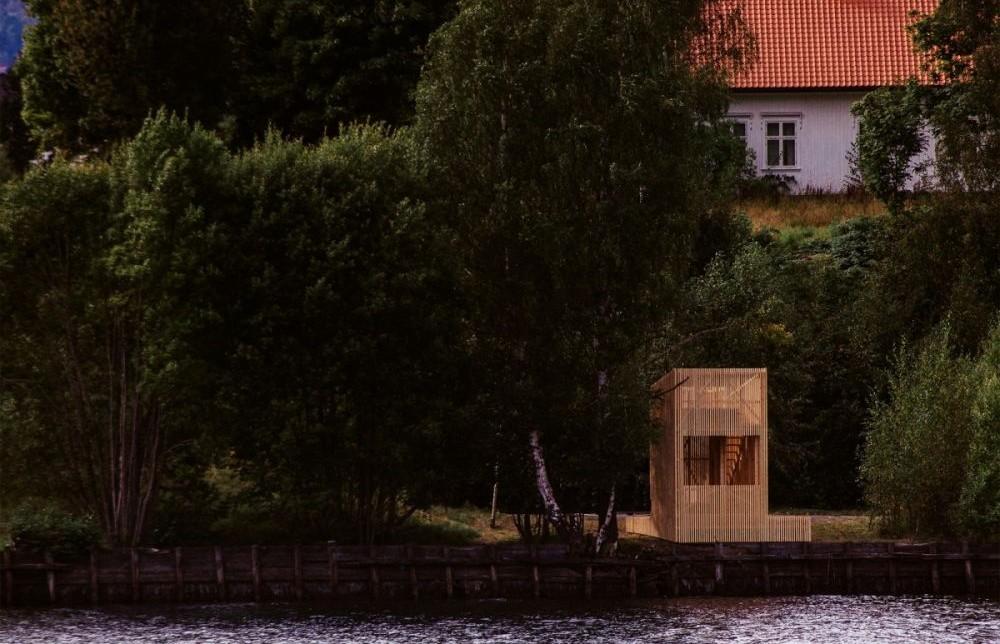 The pavilion, made entirely of timber, has been given the name “Gjennomsikten” (“to see through”) due to its transparent character. The varying dimensions of the materials and the viewers position creates varying degrees of transparency and experience of mass. Standing 5 meters tall with the viewing platform giving an overview of the river: allowing one to see both up towards Skien and down towards Porsgrunn. Inside there is a smaller interior space offering a view of the river drifting past and the public beach across the once polluted Porsgrunn’s-river.

The project is built and financed in connection with the walkabout project “Breddelangs” (along the riverside), a pre-production to next years grand initiative PS 14 by Grenland Friteater, Teater Ibsen, Feste Landskap, Fremtidens Byer as well as the Porsgrunn and Skien municipalities. This years pre-production aims to create public awareness of Lahelle, a former industrial lot that despite toxic pollution has become a popular green spot for walks for the locals. An important ambition is that the project is to first and foremost act as a stage for the aforementioned walkabout project’s theatrical performances and secondly become a public meeting-place alongside the river that has previously been the initial source of growth for Porsgrunn and Skien. Lately there has been a large-scale development along the river consisting primarily of private housing, the transformation of former industrial structures (for example Porsgrunn Porcelain) and a new art center (Ælvespeilet). Additionally the local municipalities are looking into developing pedestrian and bicycle connections along the rivers edge. In the future these developments will near the site of the pavilion and hopefully “Gjennomsikten” can act as an inspiration for creating good public spaces alongside the river.