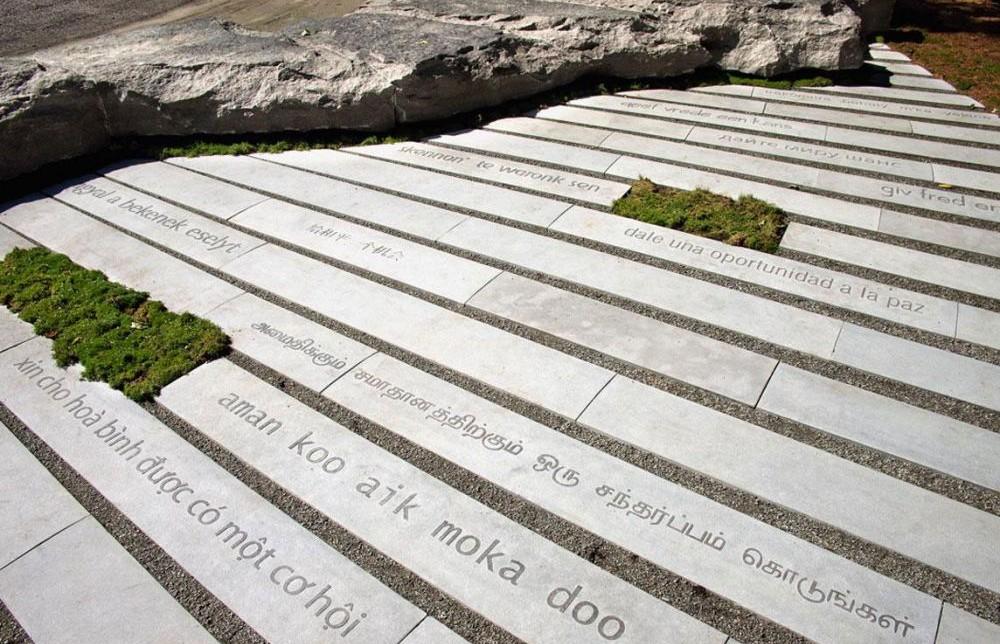 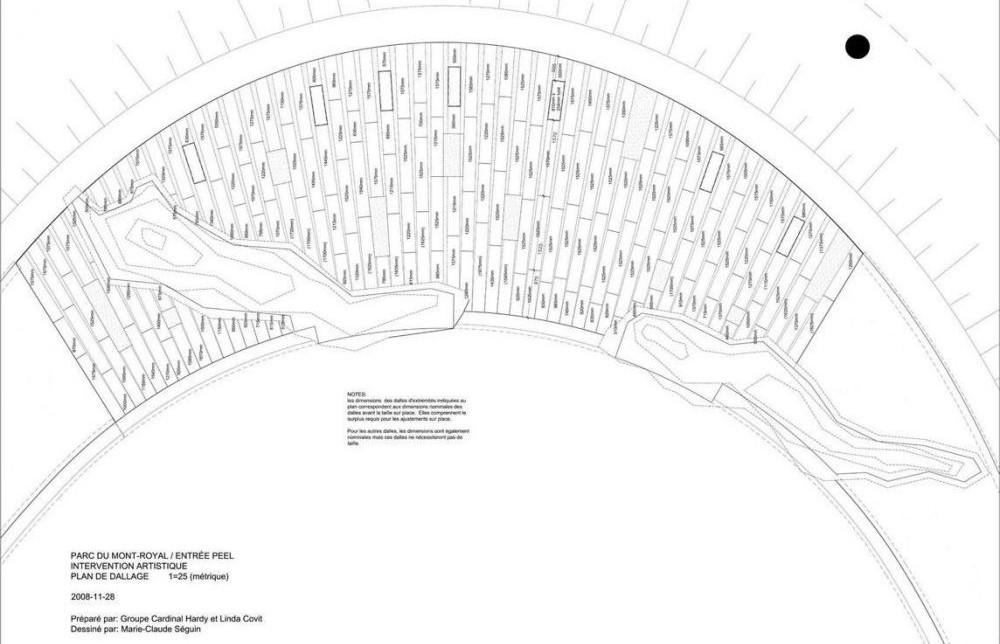 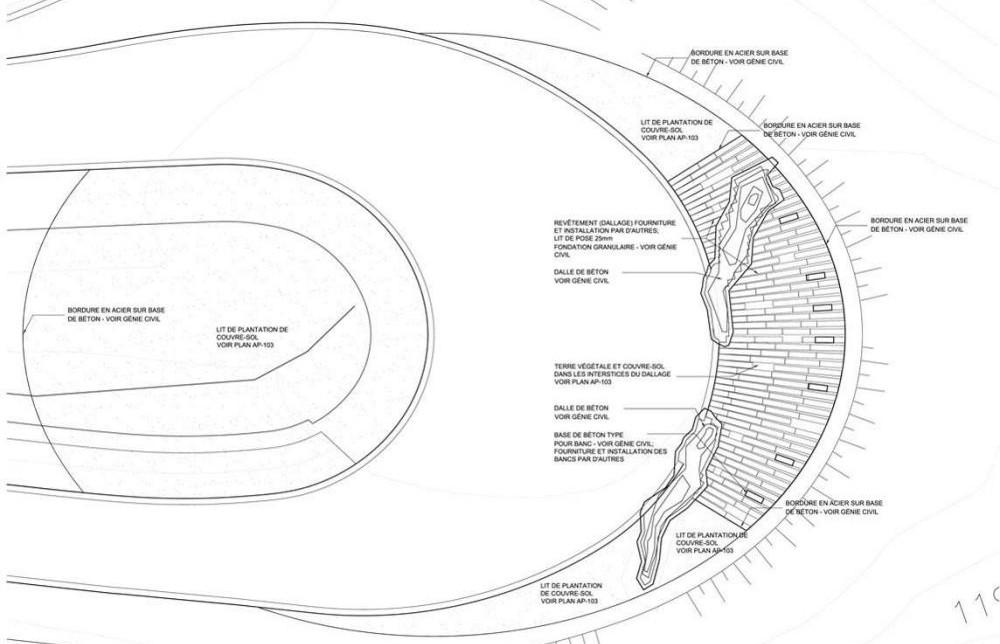 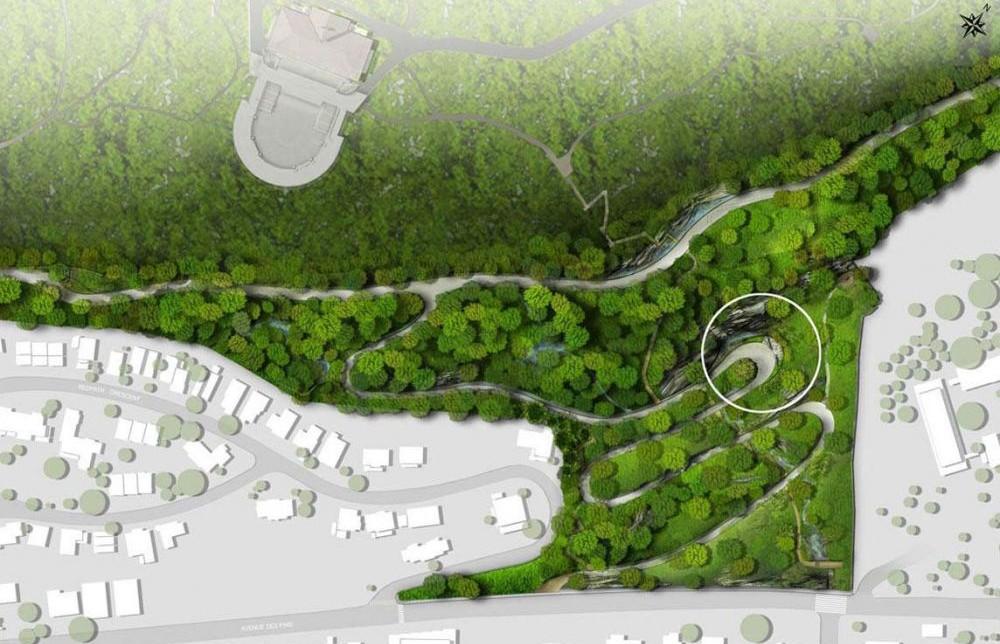 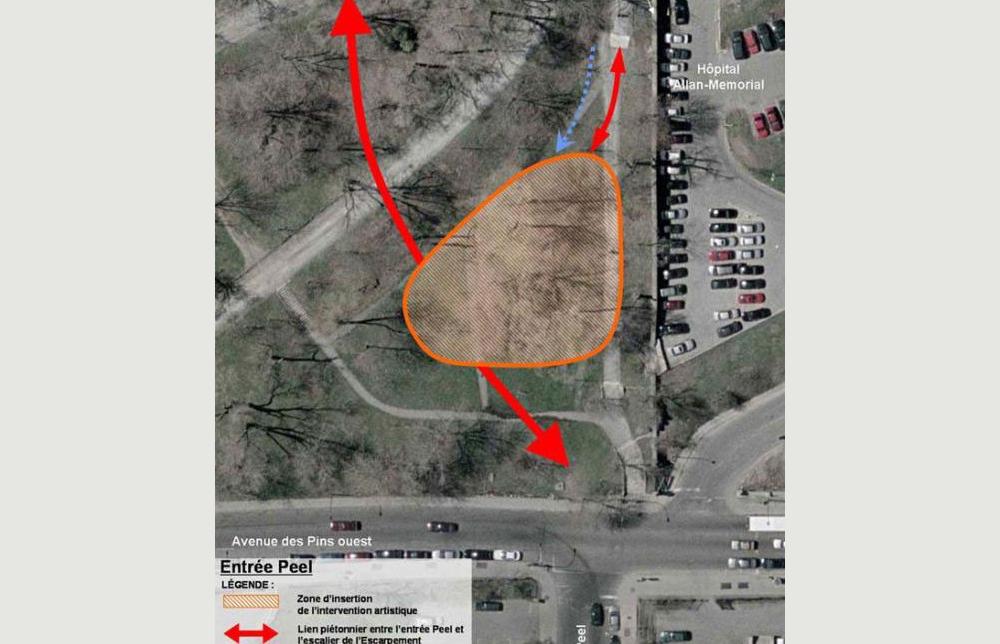 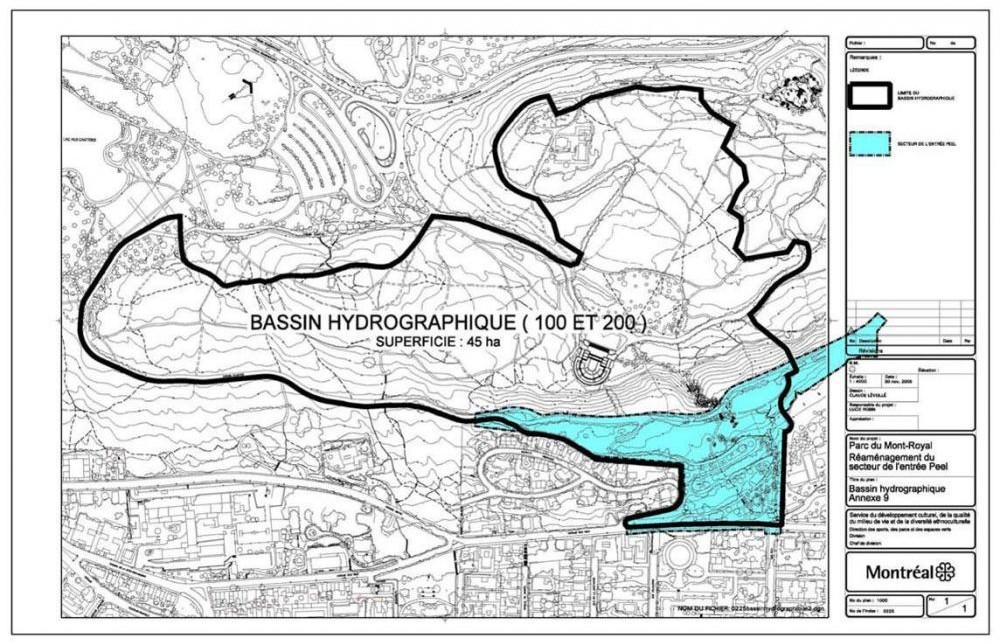 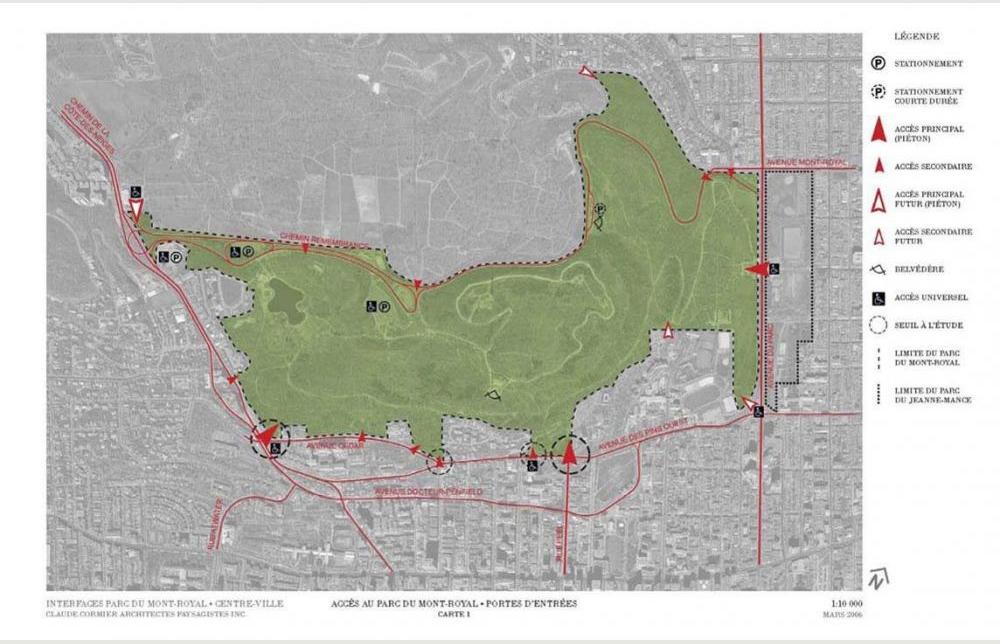 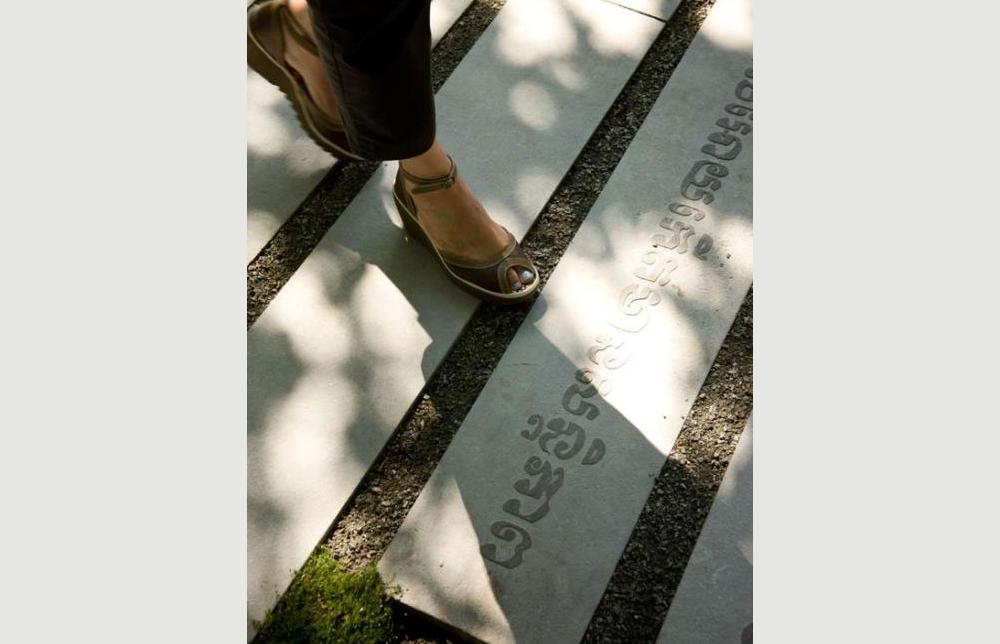 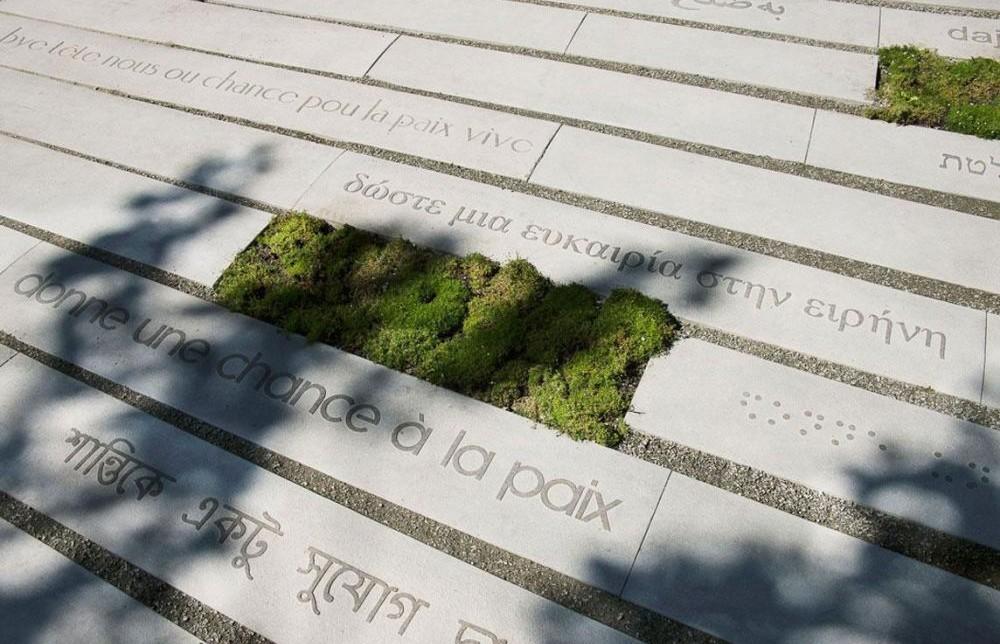 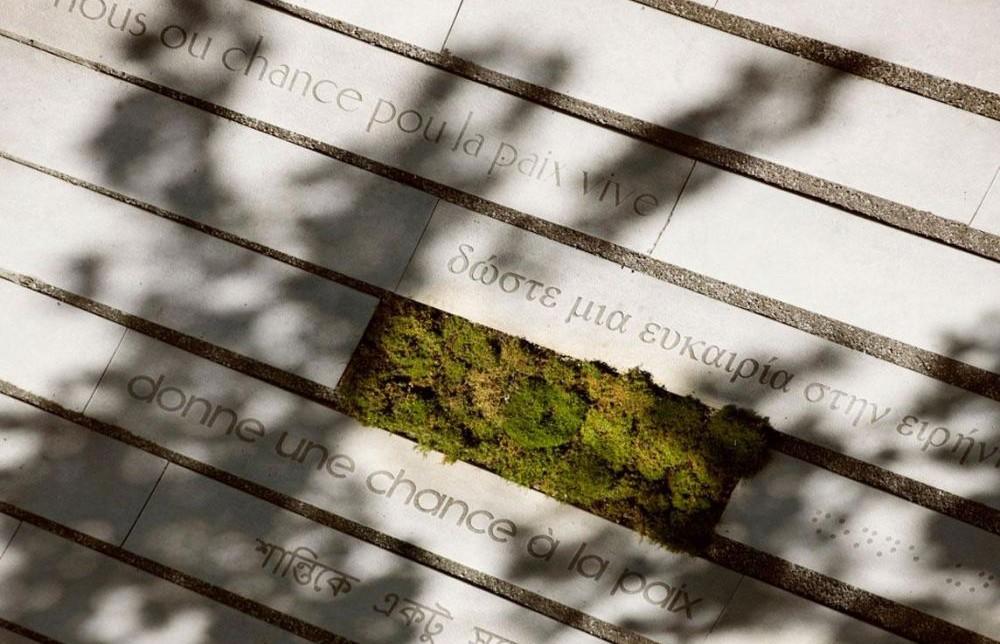 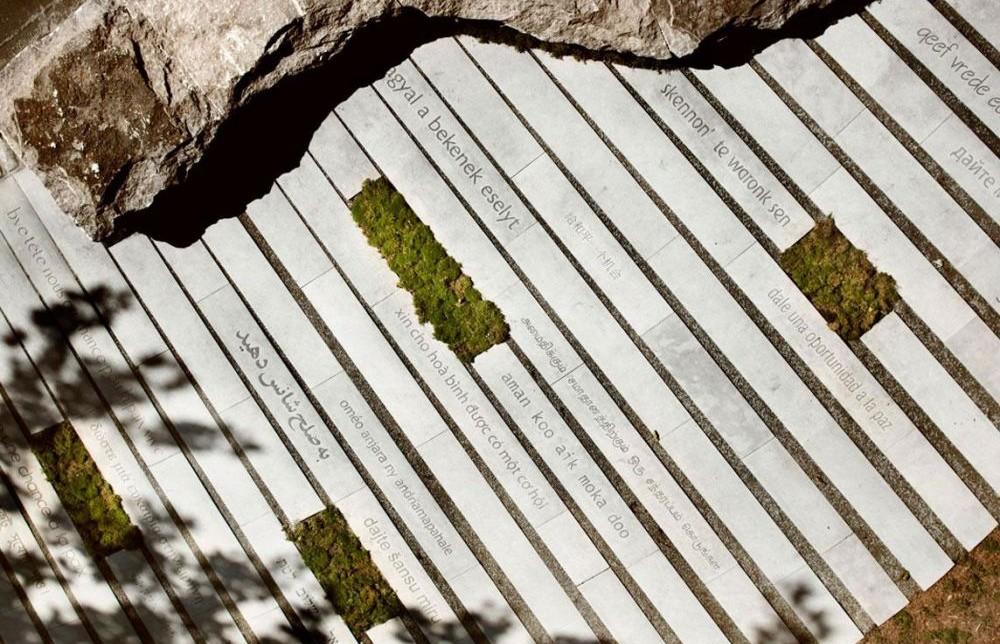 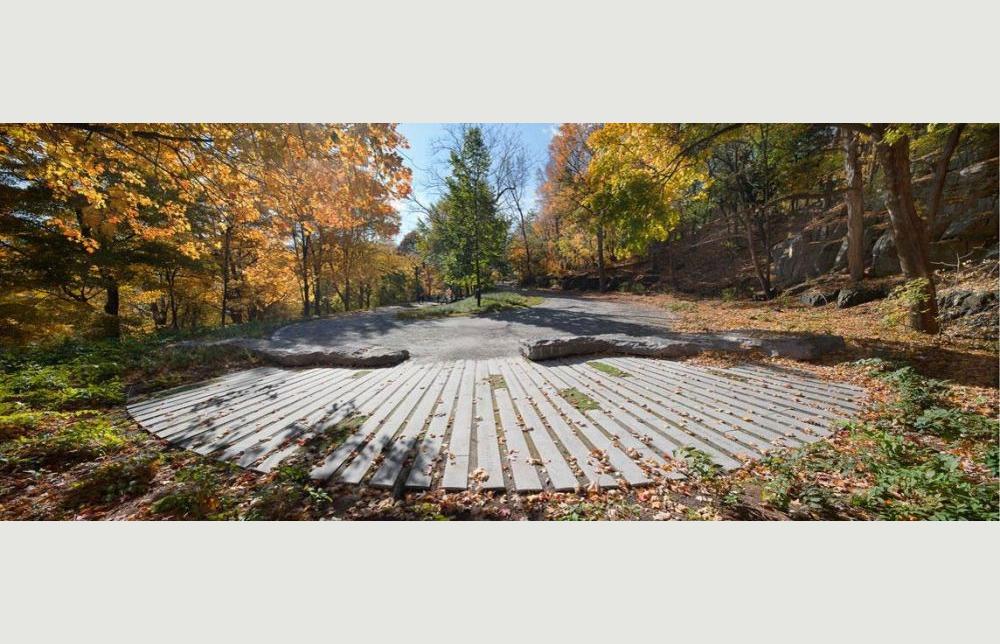 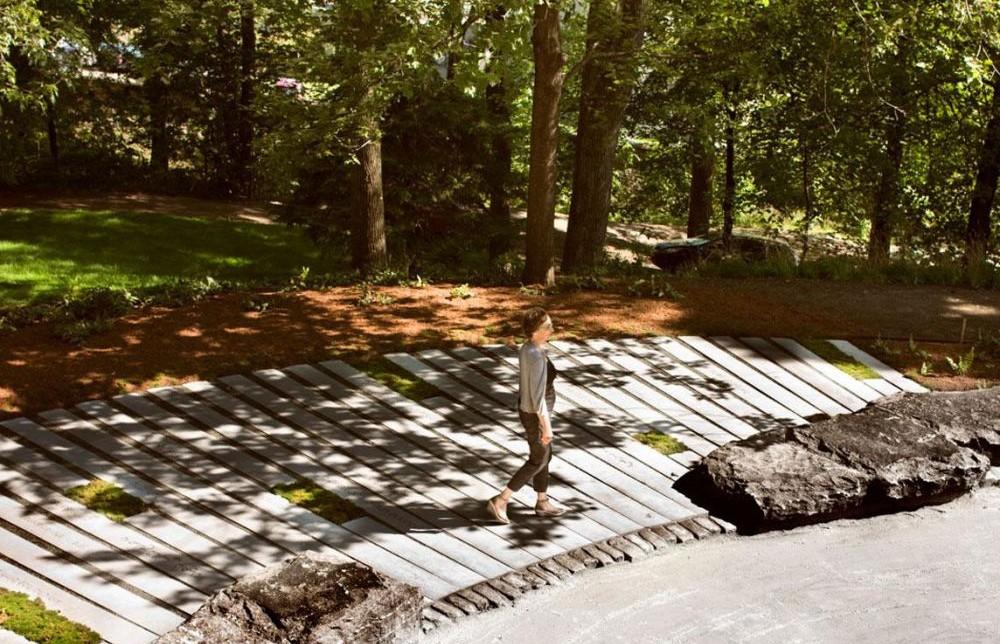 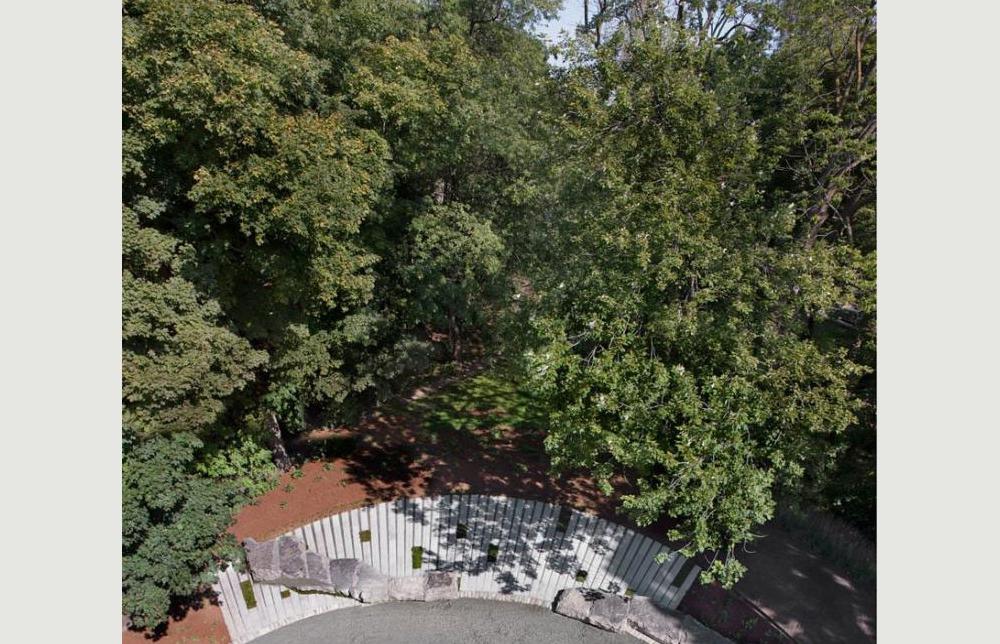 In autumn 2006, la Ville de Montréal held an open competition call for professional artists in the visual arts, to collaborate with a landscape architect to conceive an artistic intervention. This project aimed to commemorate the John Lennon – Yoko Ono bed-in, an event for peace, held in Montreal May 26 to June 2, 1969.

The park is an important heritage site in the heart of the city, its original layout conceived by Frederick Law Olmsted. The newly redesigned Peel Entrance is the principal access from Montreal’s downtown. Distinguished by a composition of steps and pavers in recycled granite and low limestone walls, this stairway and its surroundings were laid out to showcase the perspective offered, in line with Peel Street, towards the city and the river.

The artwork subtly integrates into this milieu, setting off a spectacular rock face, one of the most striking of the mountain. Composed of approximately 180 limestone slabs laid side by side on flat ground, its site borders a hairpin turn in the Serpentine, a path winding up the mountain’s southern flank. Interpreting the path’s rhythm, the artwork reinforces Olmsted’s aim to provide a varied experience in a natural setting. Accompanying the visitor’s progression along the path it offers a pause, a quiet place for a moment of repose.

Give Peace a Chance marks the transition between city and park; underlines the relationship between natural and built elements; references the historic forest and Olmsted’s vision; and creates a space that invites reflection. The phrase give peace a chance, from the song written during that event, is carved in relief on some of the stone slabs in forty languages spoken in this city. Rough stone blocks mark the installation entranceway, provide seating and cite the bare stone of the mountain. Moss and ferns complete the work ; a background of bushes screen a nearby parking lot, redirecting the view to the cliffs above and the city below.