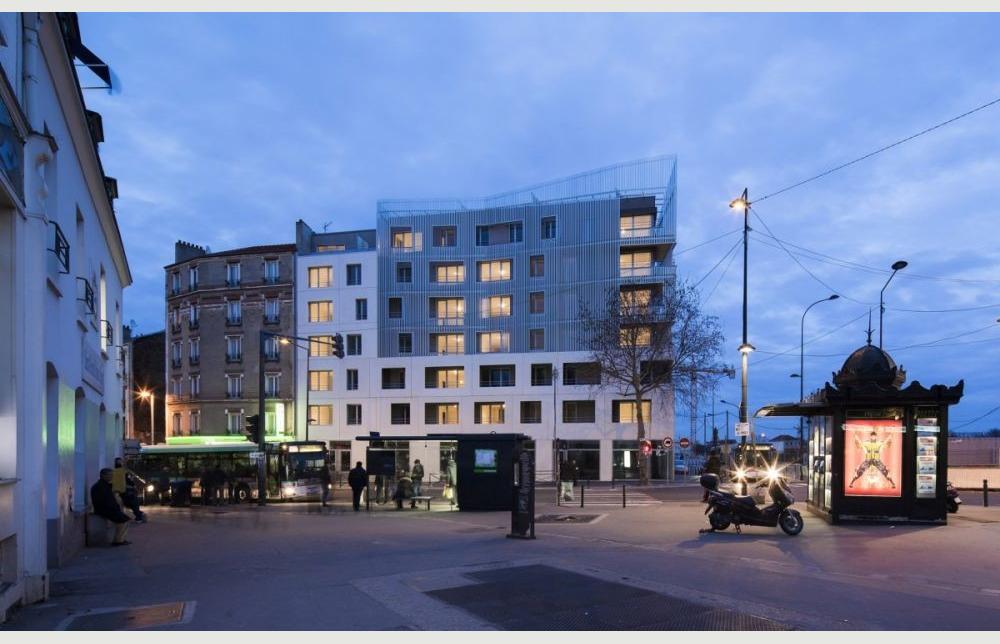 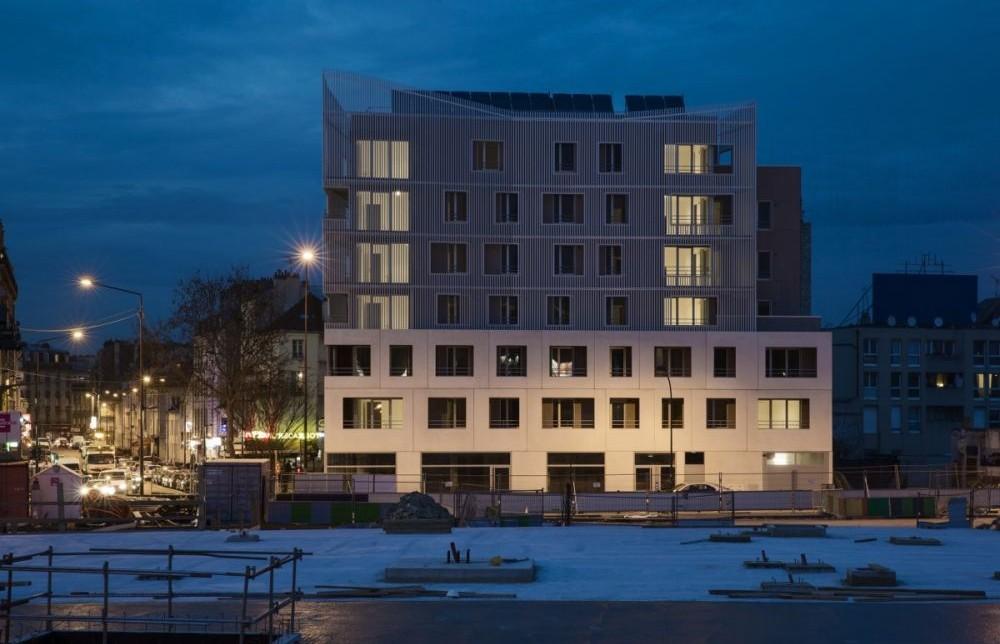 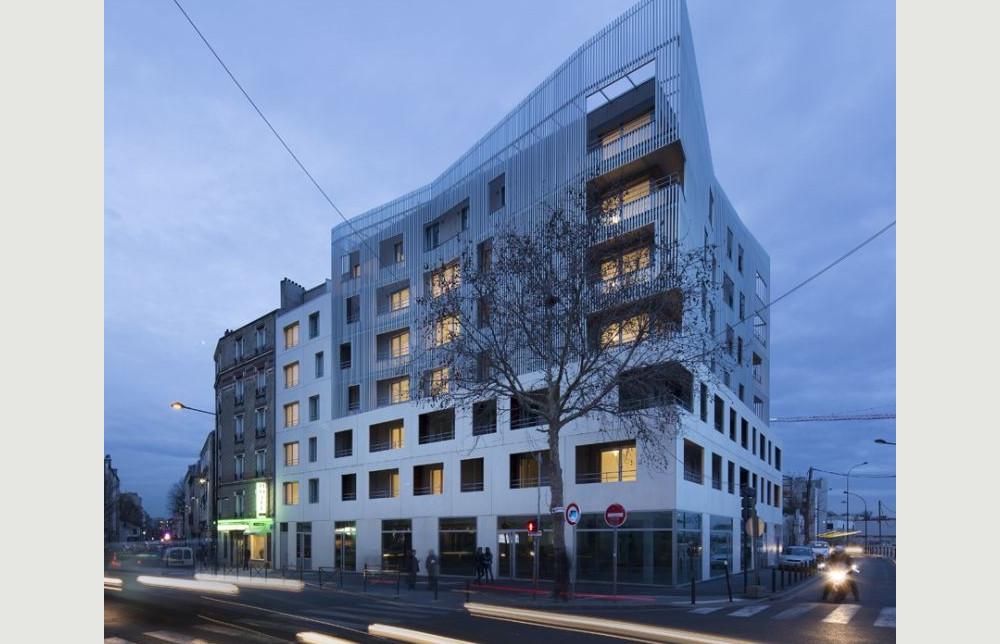 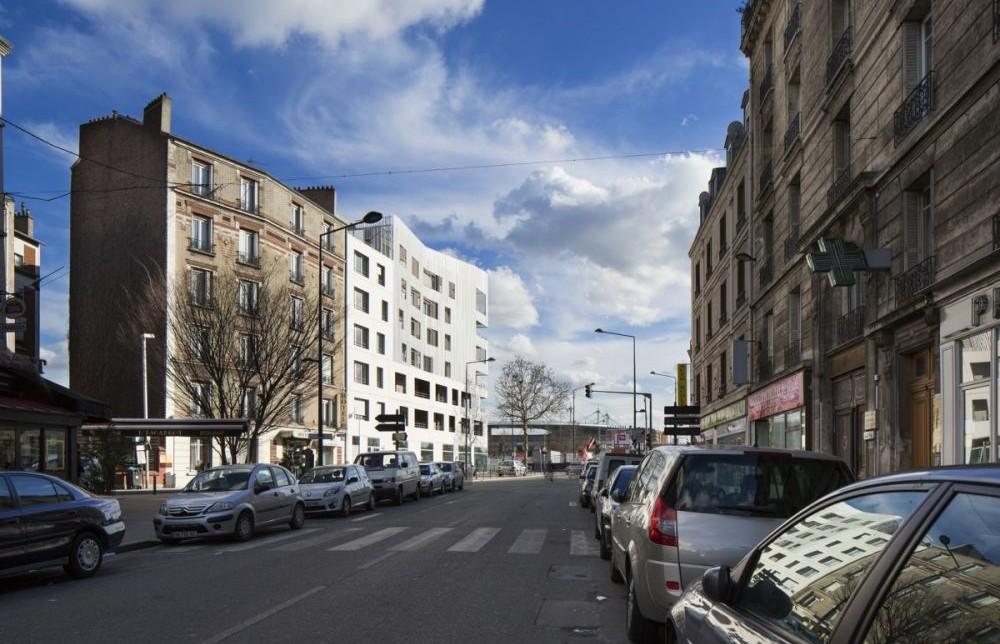 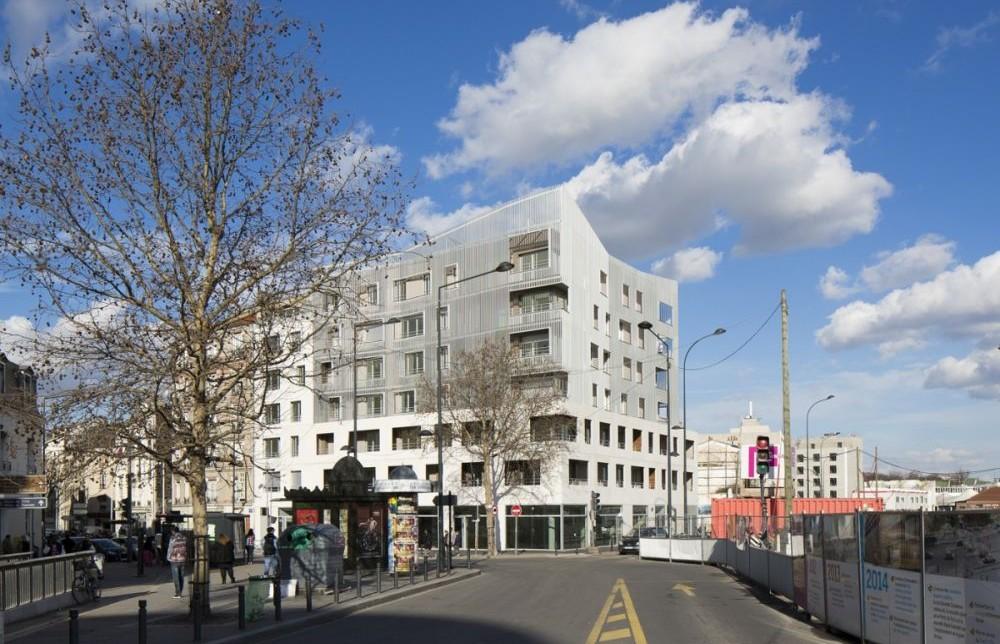 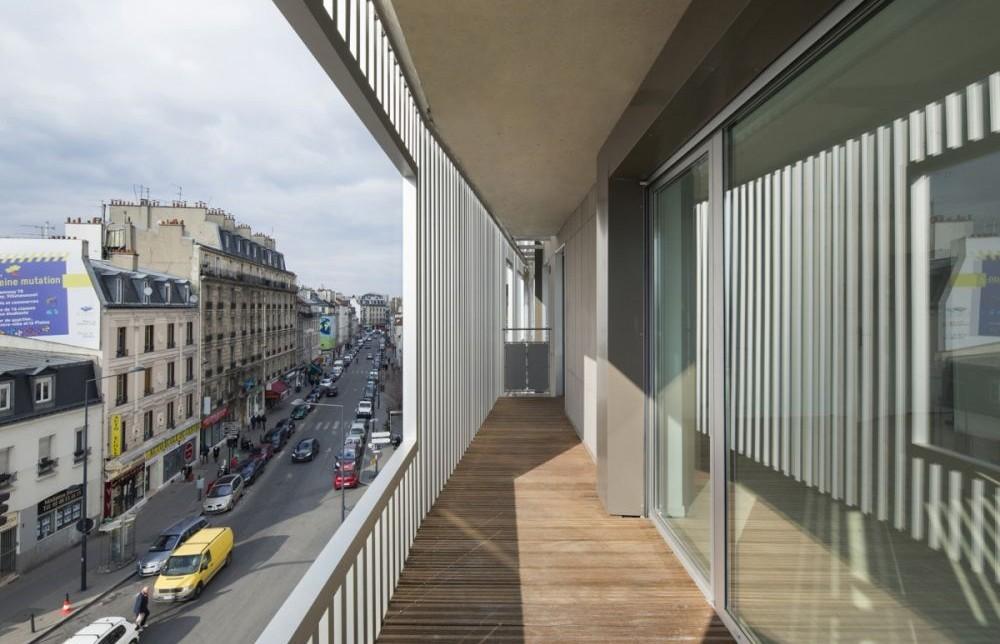 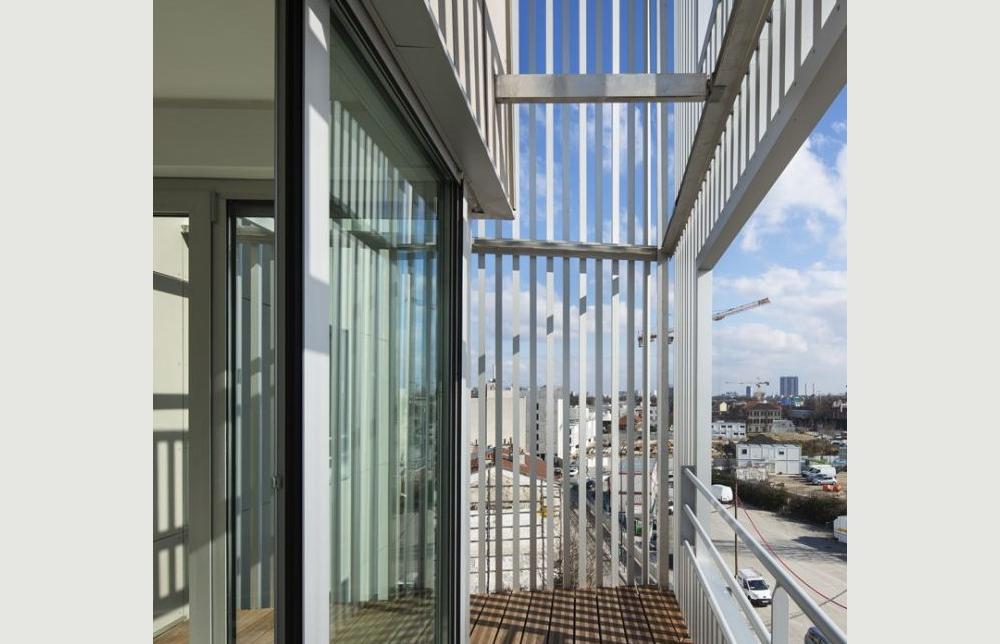 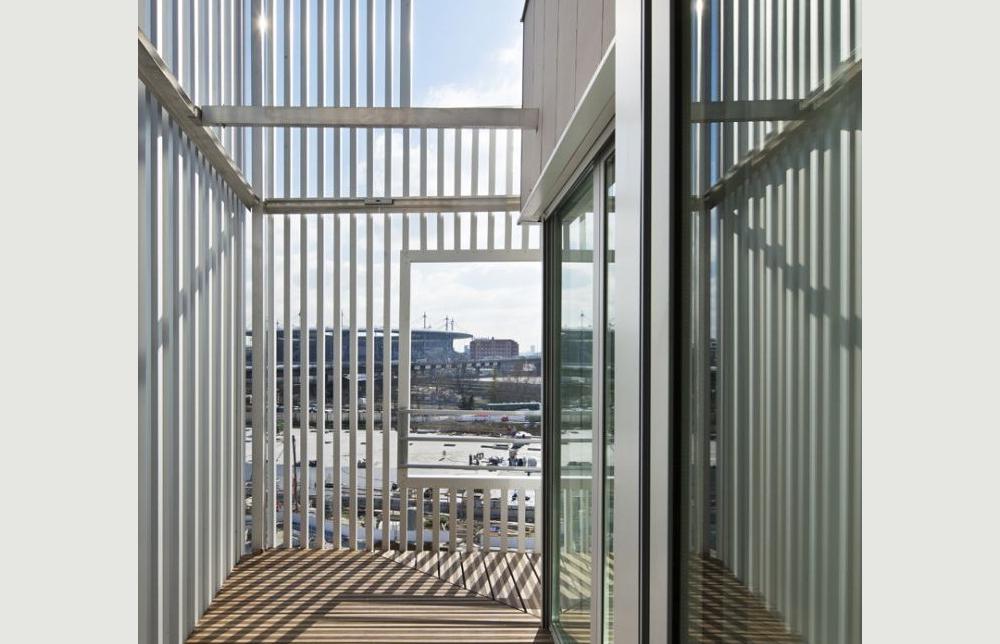 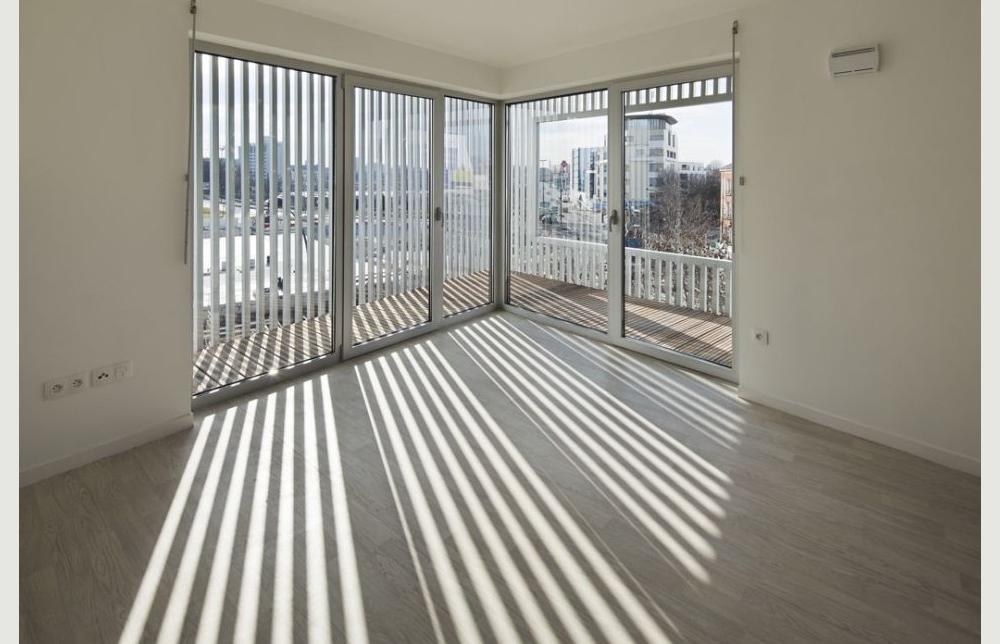 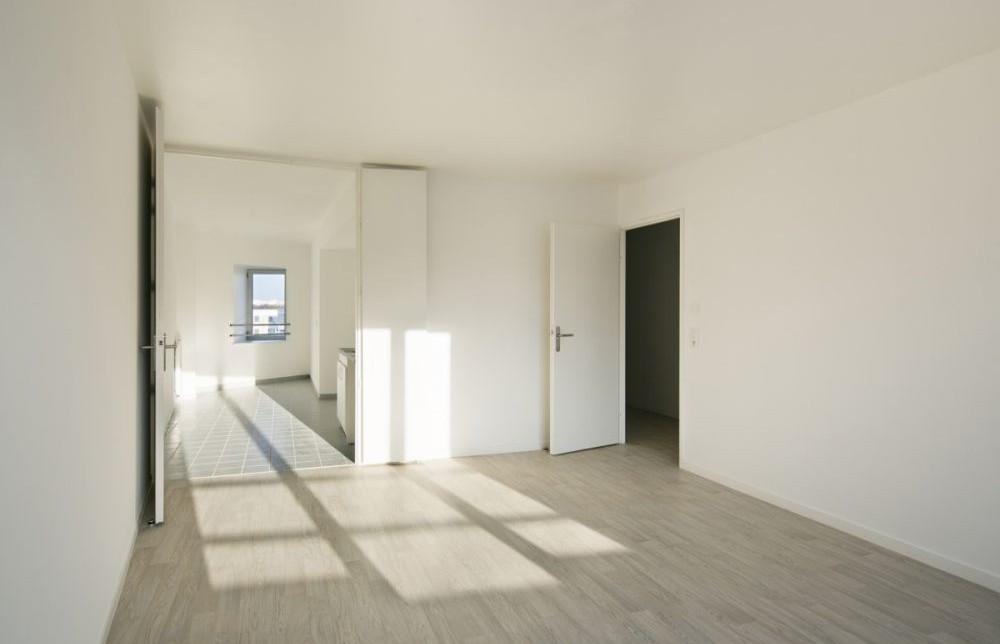 This housing programme is part of the Porte de Paris urban development zone on the edge of the historic centre of Saint-Denis. It is located at the meeting point of two contrasting urban environments: to the west is the Rue de la Légion d’Honneur, a very busy shopping street that leads to the basilica, and to the south is the new Porte de Paris neighbourhood where public amenities rub shoulders with other activities.
This building was designed as a key element to bond the ancient city with the modern one by interacting with two very different styles of architecture – one of them mineral and earthbound, the other sculpted and airborne.
The corner of the simple but unusually shaped building rises to a point from a base that is aligned with the adjacent buildings and is cloaked in anodized aluminium strips that act as a sunscreen, give the balconies a sense of privacy and make the façade shimmer in the sun. The building’s outline stands out from the rest of the block and marks the entrance to the city.
Directly confronted with the traffic of the modern city, its compact shape is orientated to maximum effect and offers living areas that cut across the building so that residents can isolate themselves from the hubbub outside.
This site is a fantastic opportunity, an urban in-between area where you can slip easily from a very busy shopping street into a more peaceful residential street. It also straddles the ages as the first stage in a new urbanization project along the Canal Saint-Denis just a few blocks from the Stade de France.