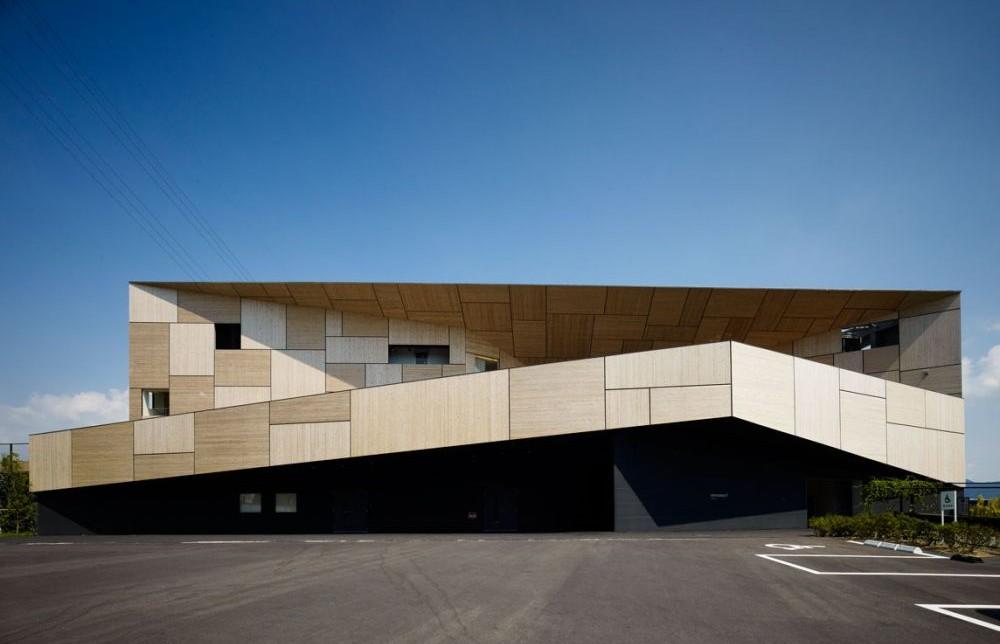 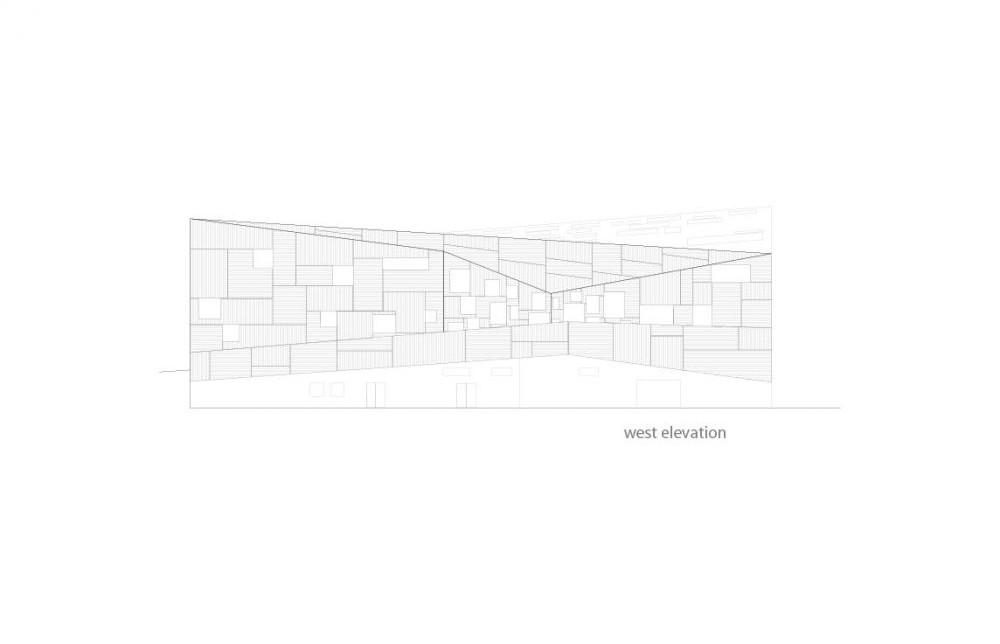 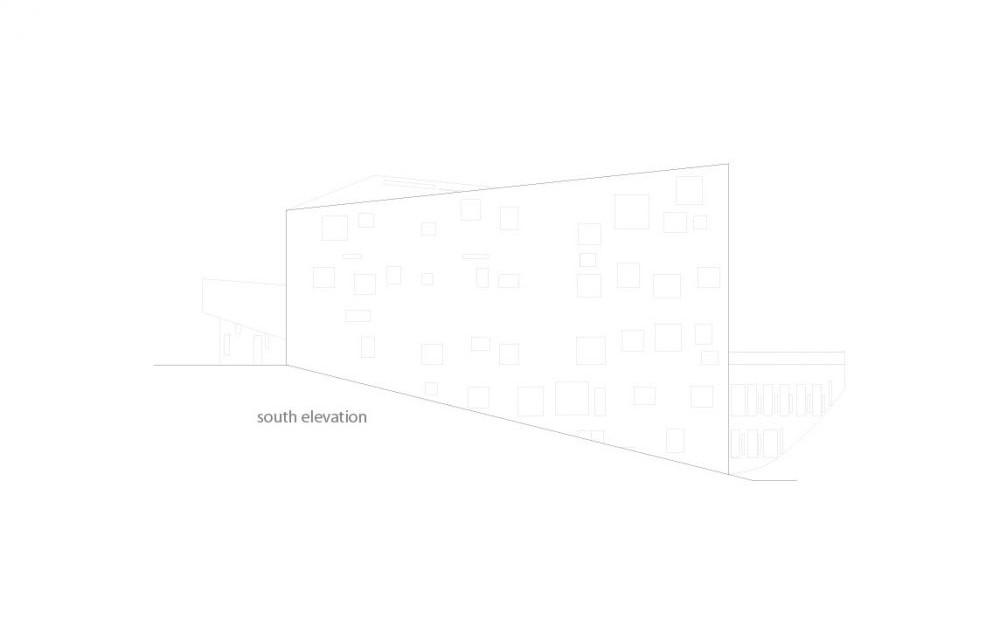 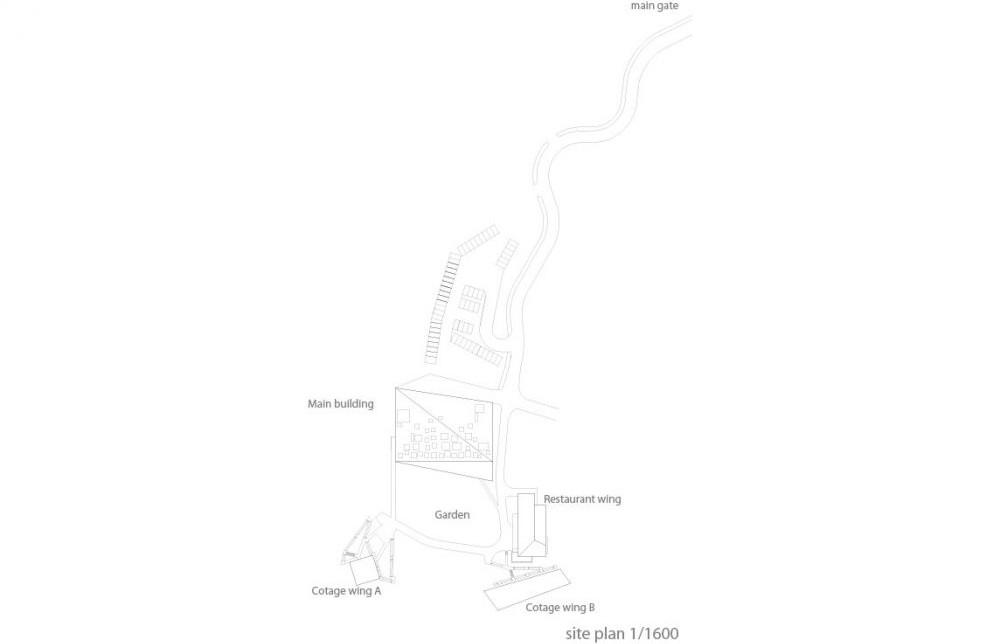 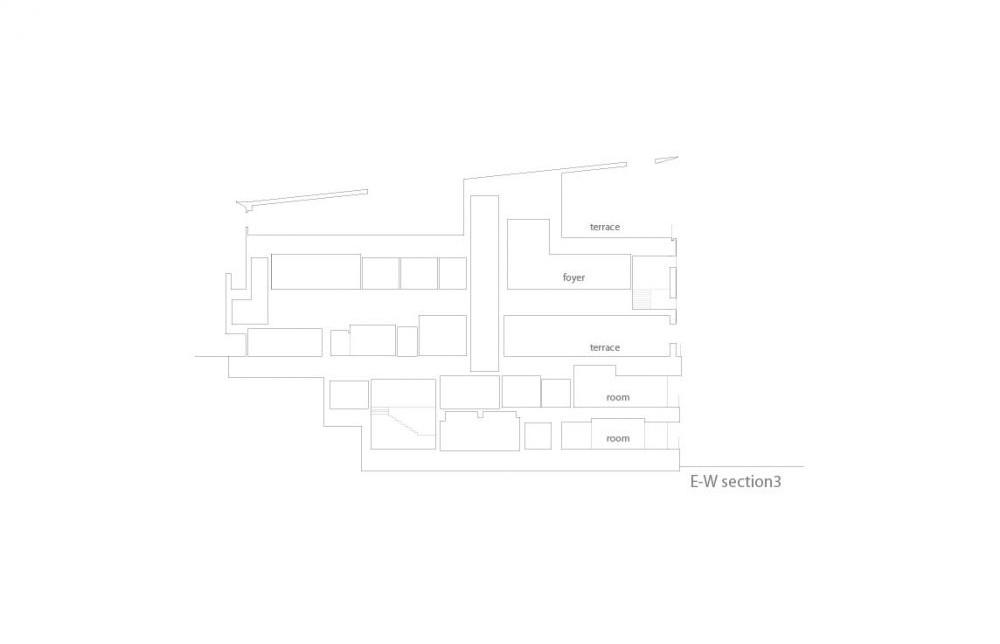 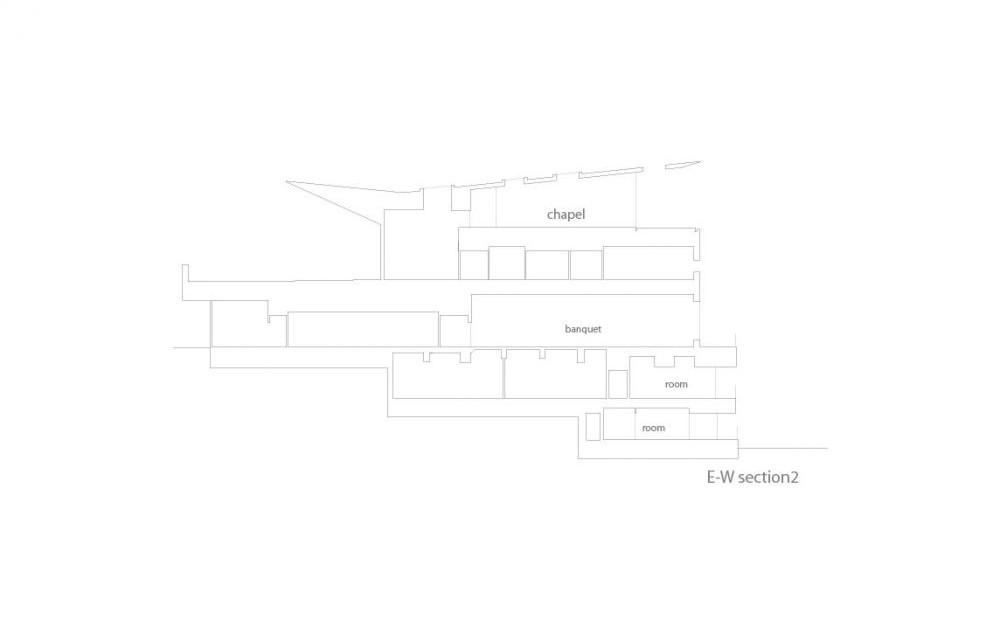 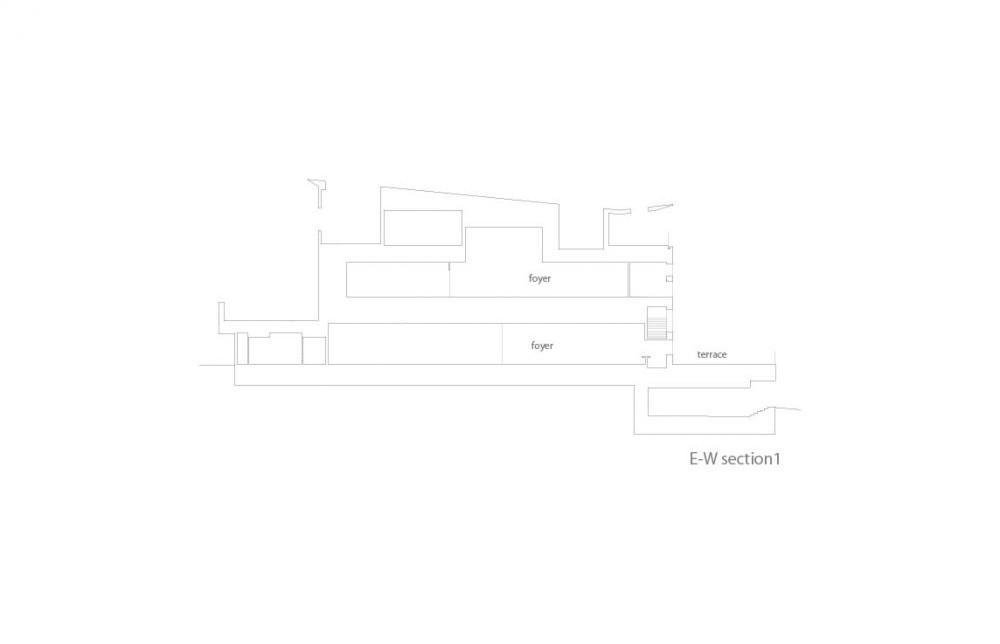 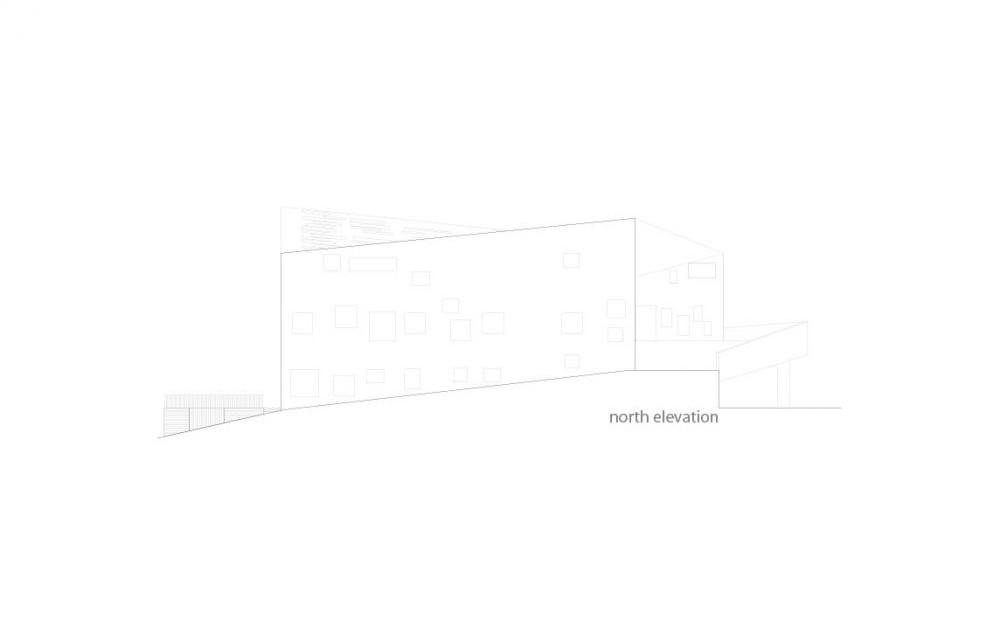 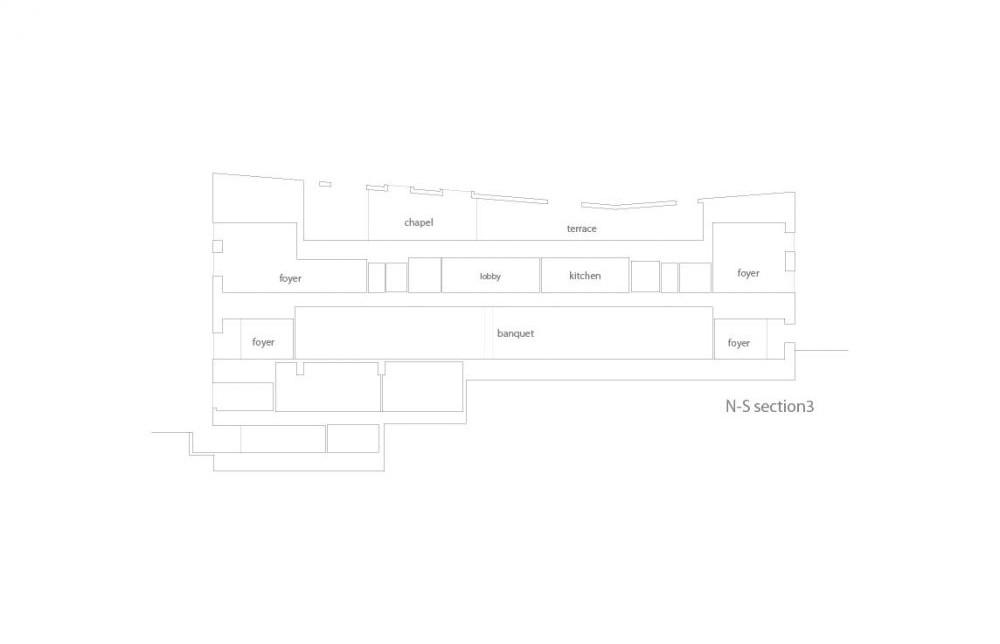 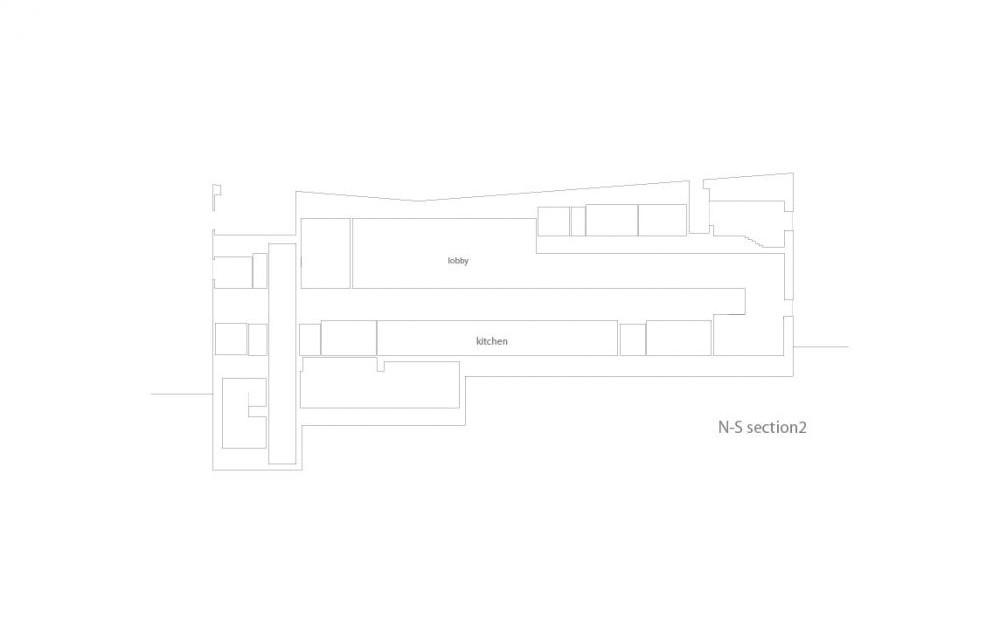 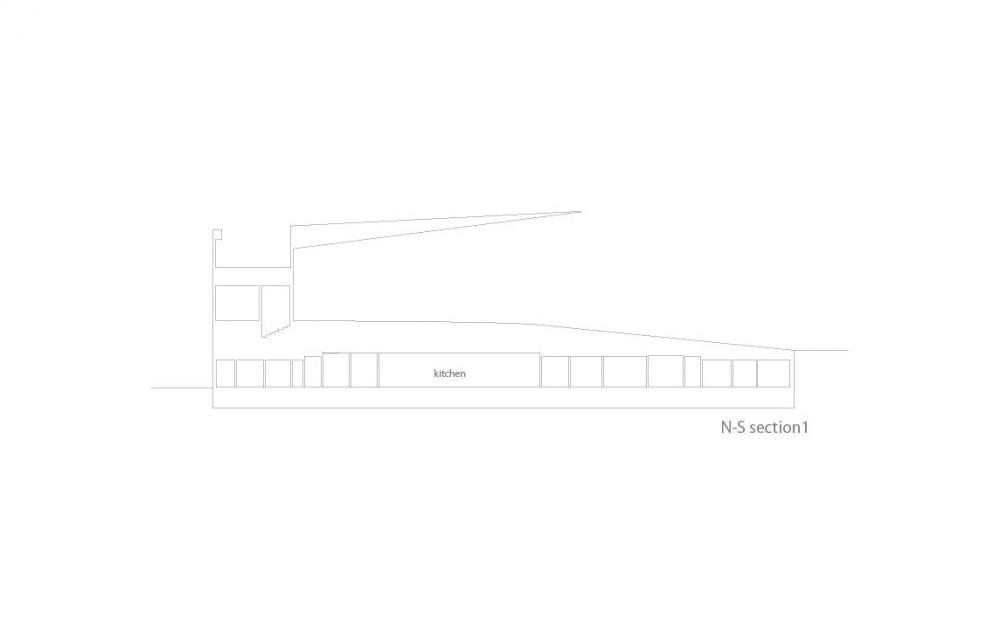 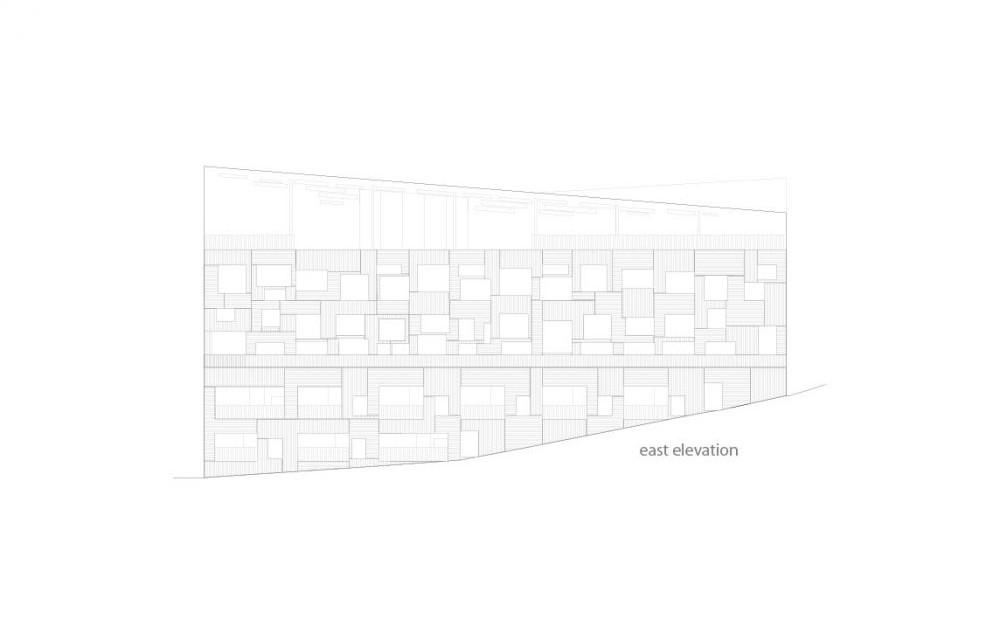 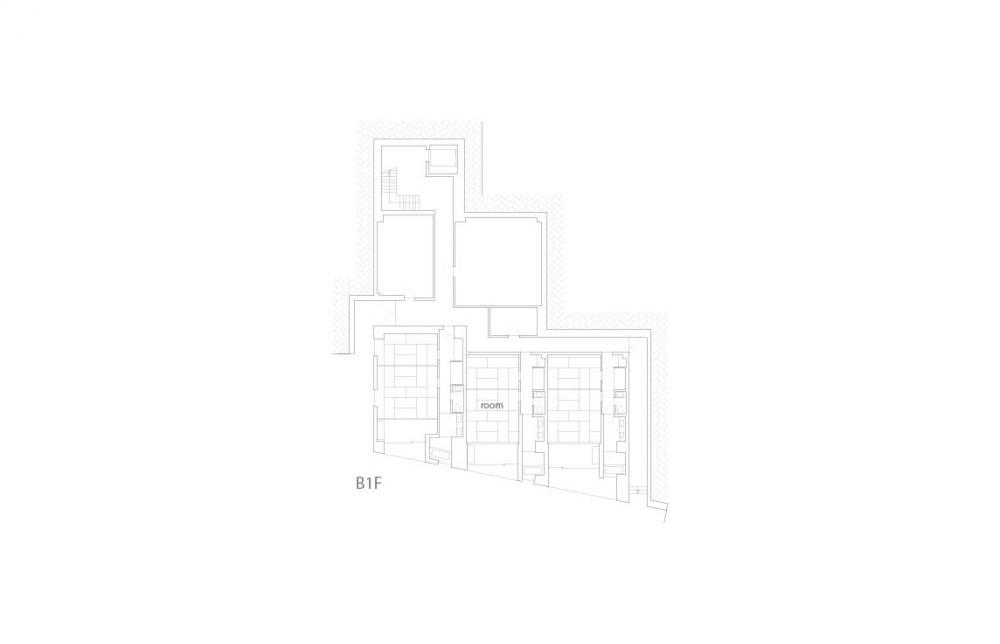 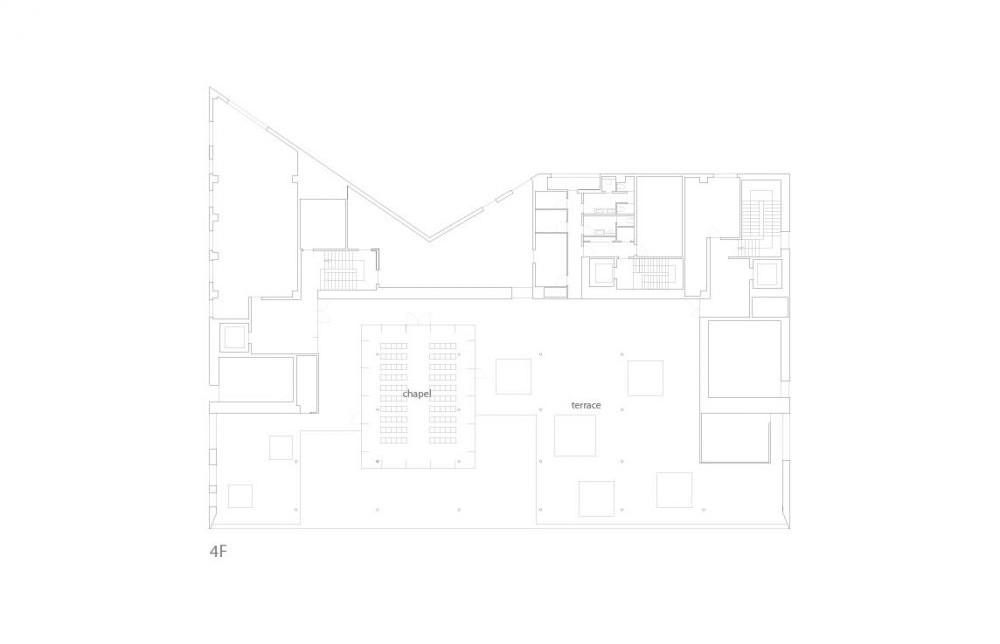 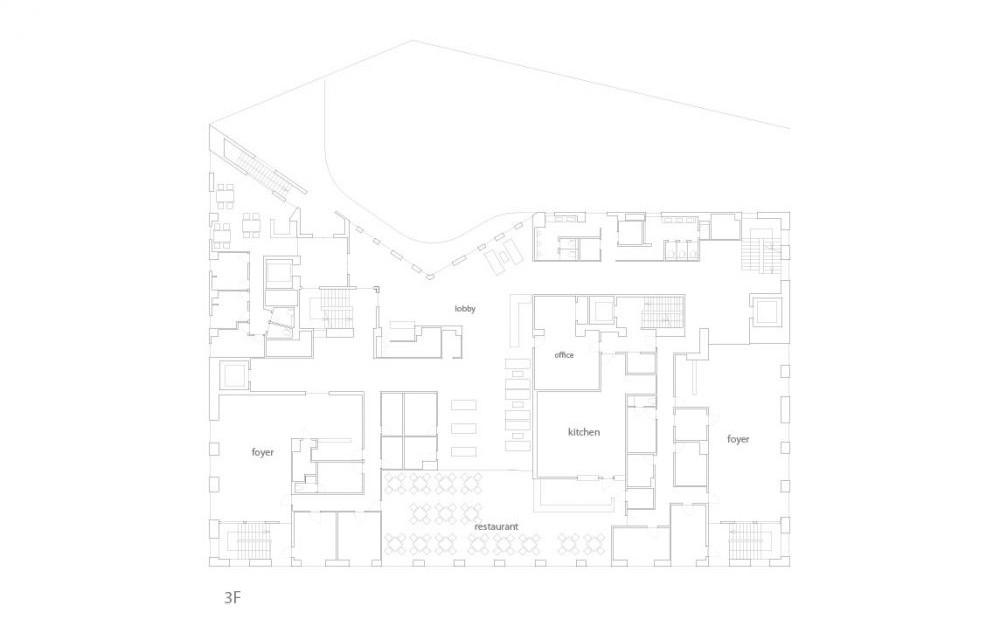 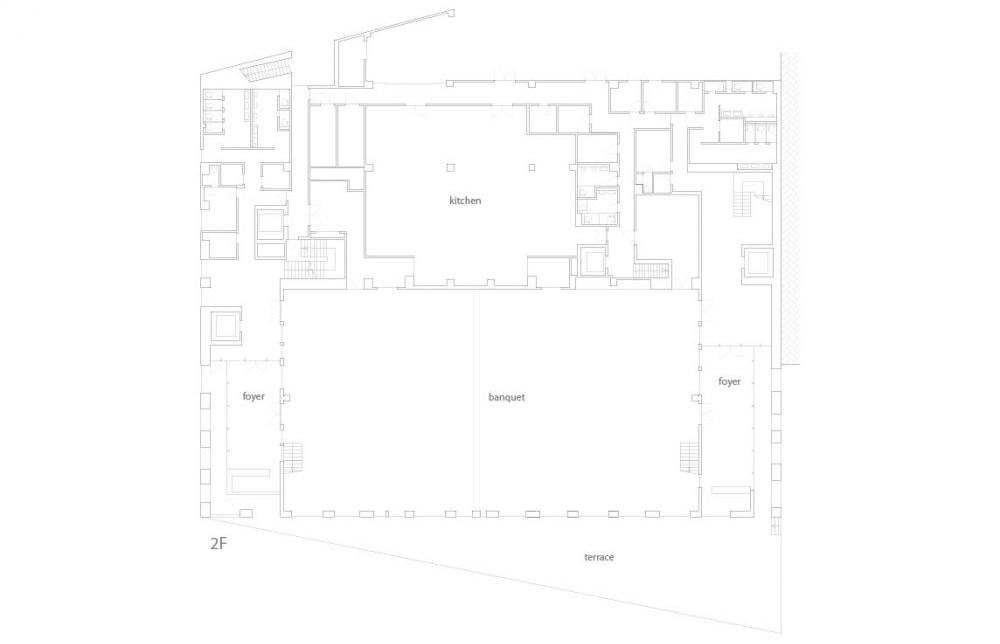 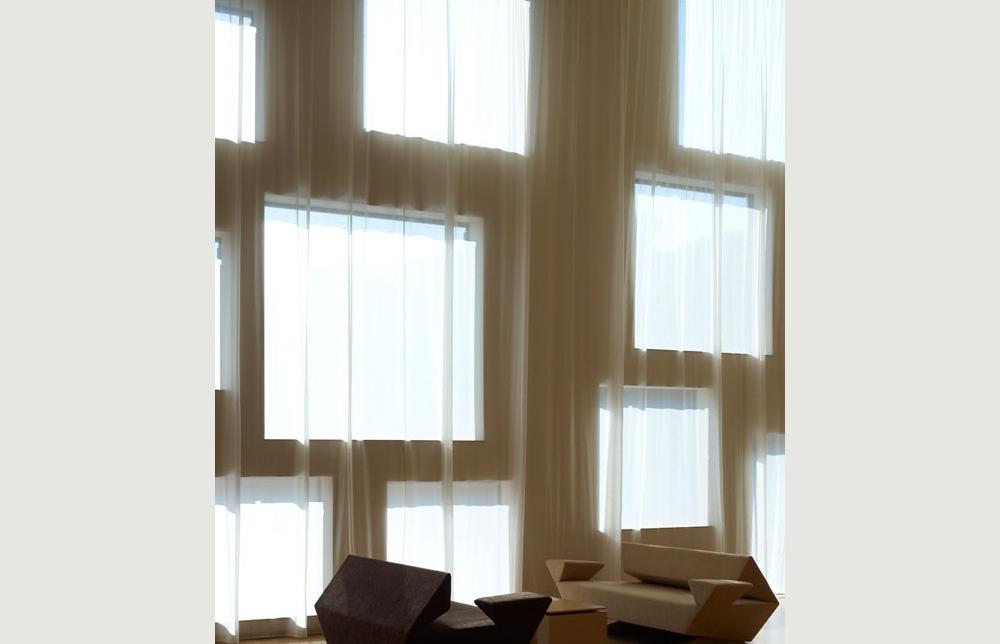 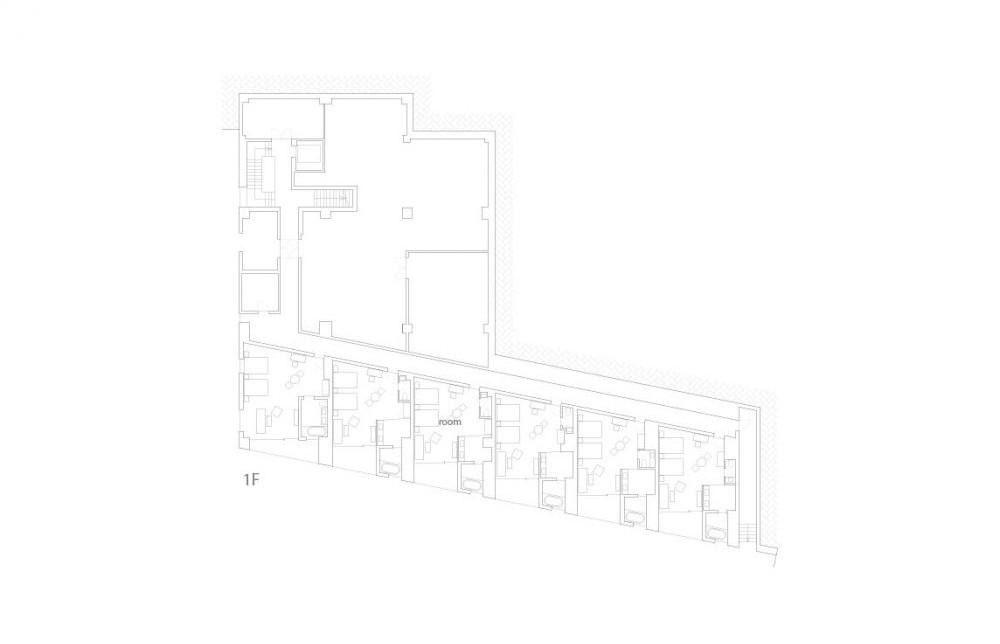 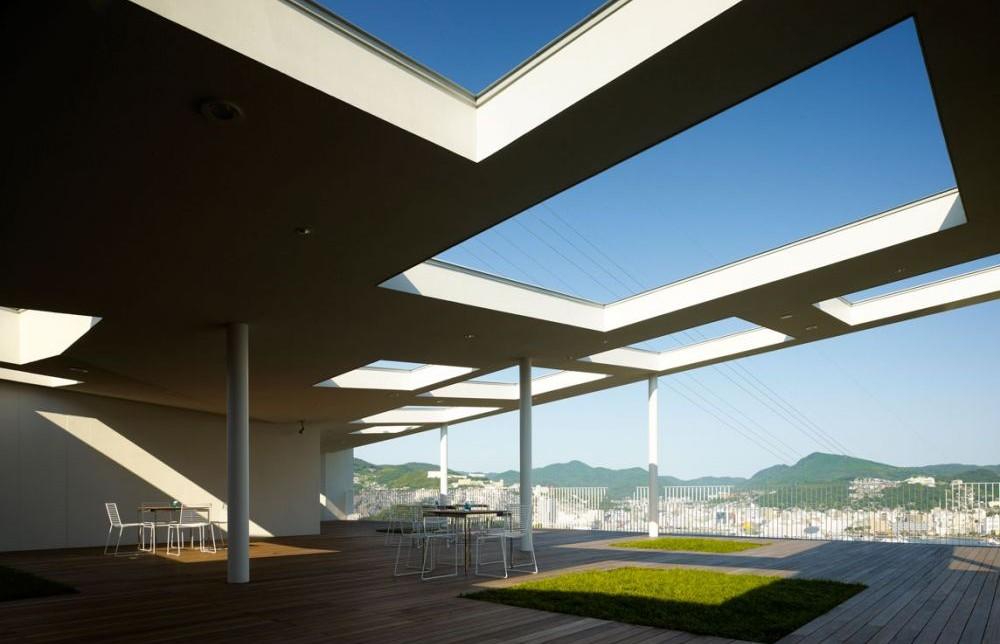 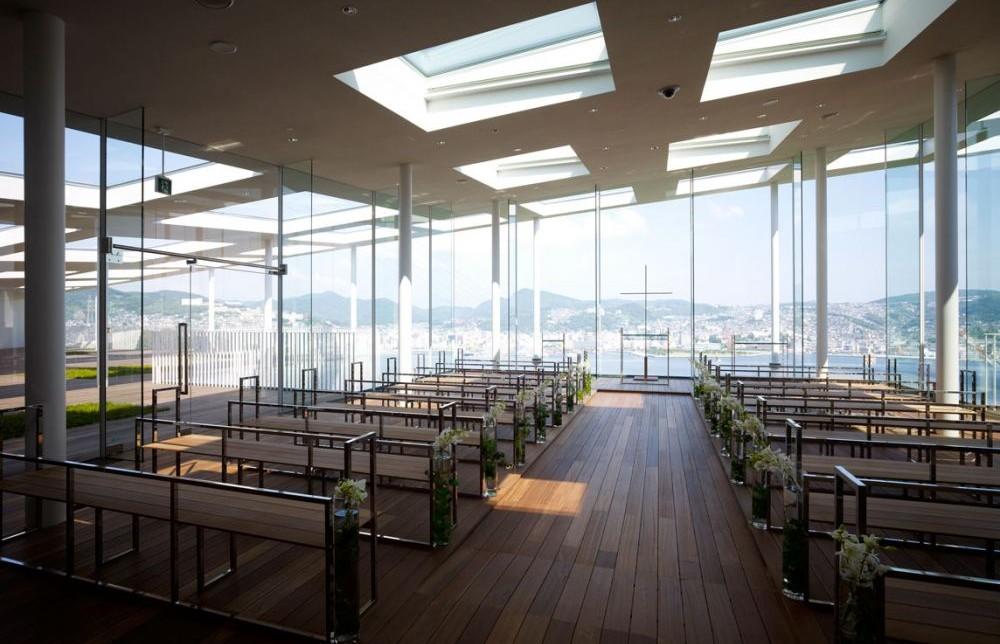 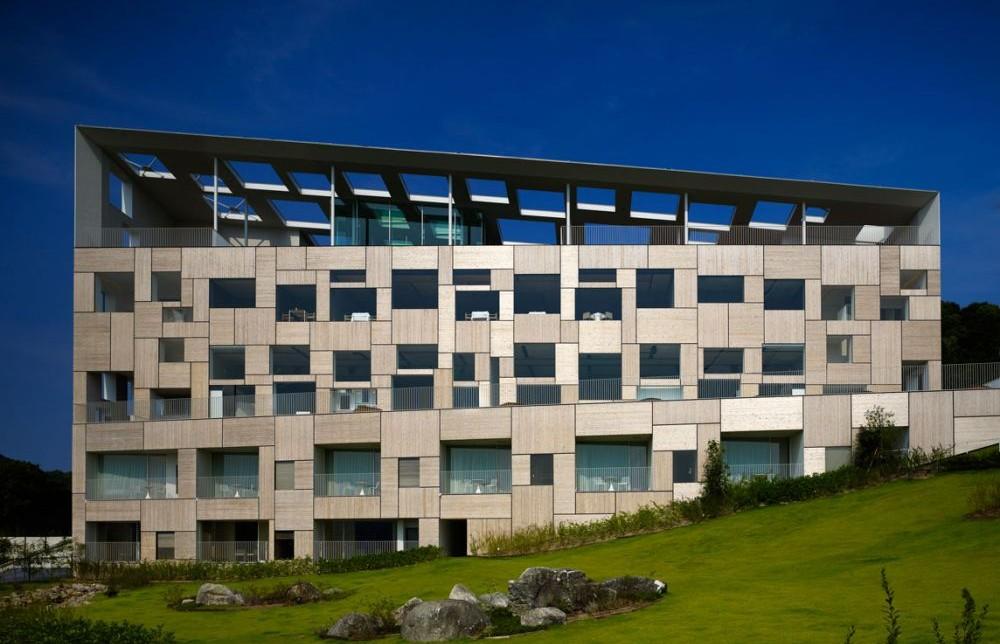 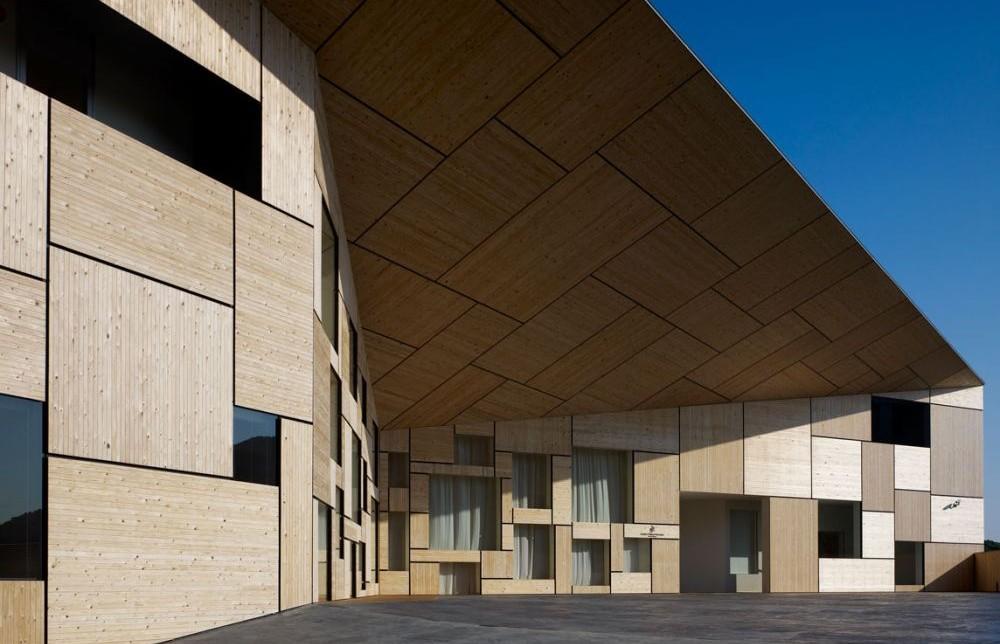 DESIGN CONCEPT
One of the biggest tasks for this project was to integrate three entirely different volumes in the program big box, small box and something linear into common identities. One of the identities is the box, which is also a roof, and the other is an architecture made of, but not covered with natural material, which in this case is wood.
In the main hall which has the biggest volume, the wall on both sides is inflected at the top to be transformed to the roof. Under the roof is solved as the void of thin pillars and small boxes of glass, rather than as a solid, so that its 145;roof-ness146; is emphasized, to function dual roles.
As for the 145;made of wood146; aspect, it does not necessarily mean using lots of wood for the exterior and interior of the large building. Trees are naturally much smaller than buildings, so there is a huge gap of scale between trees and the volume of this architecture, making it difficult to achieve the idea of 145;made of wood146;. We therefore created wooden panels in the size that comes in the midway between a tree and the volume of the building. This worked well to make the architecture be felt 145;made of146; wood. The size and the positioning of the windows are at random to link the composition of the wood panels and the windows. Thus it is possible to feel that the whole architecture is virtually made of all these elements 150; openings, panels and other units, particles.