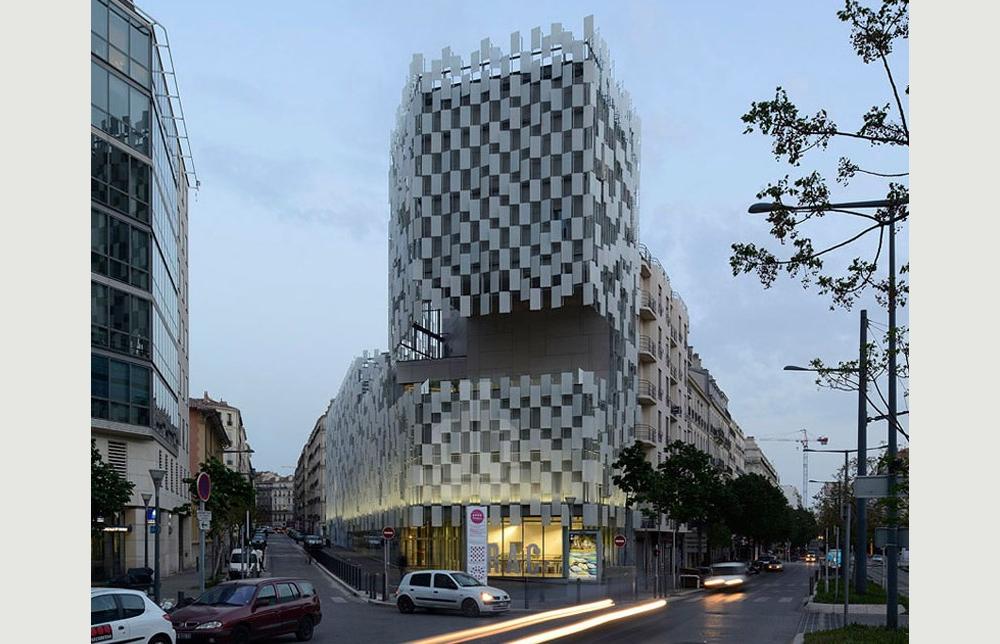 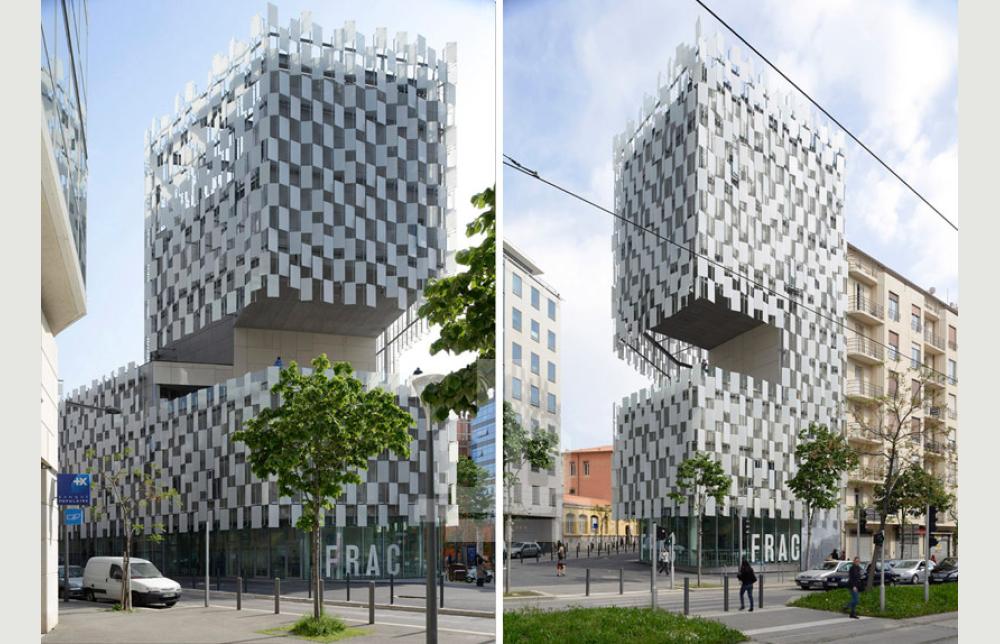 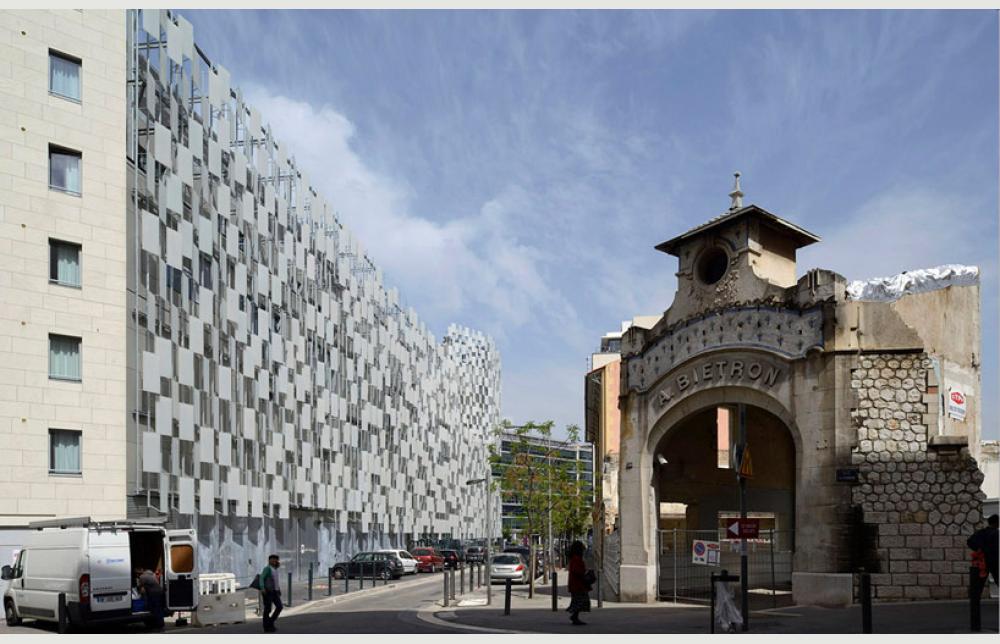 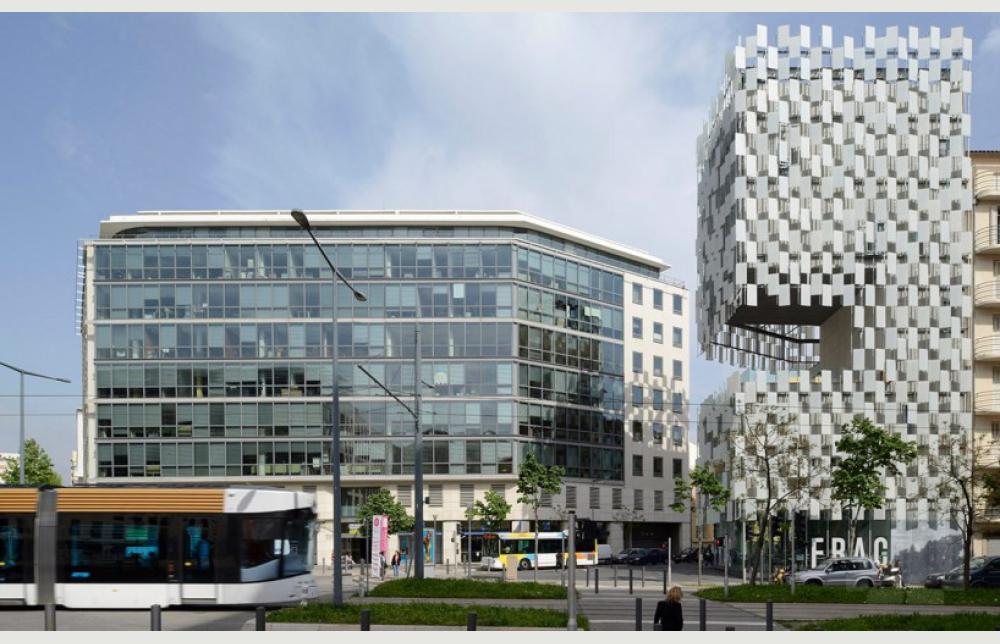 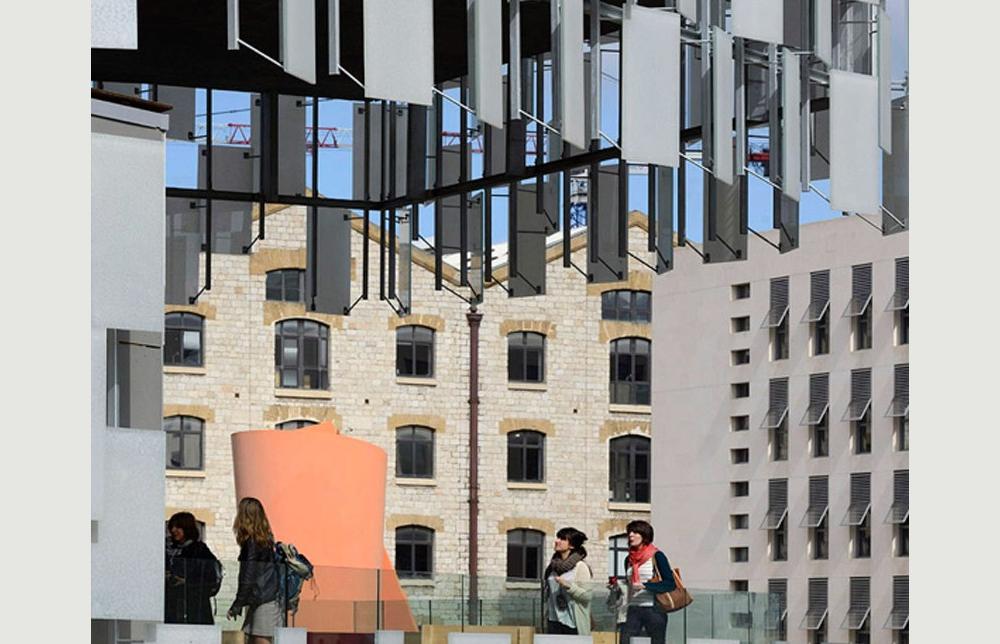 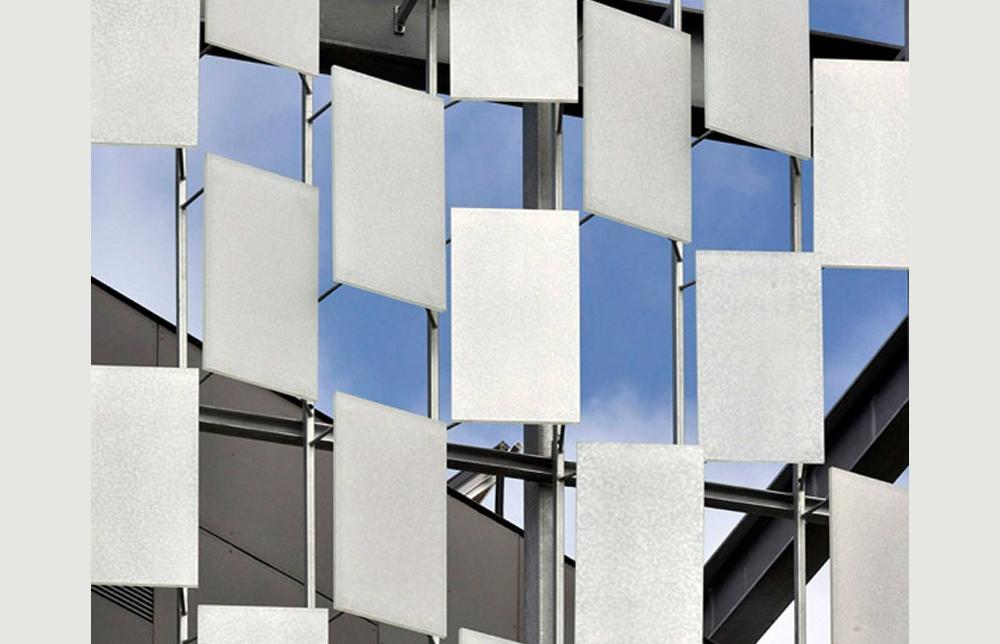 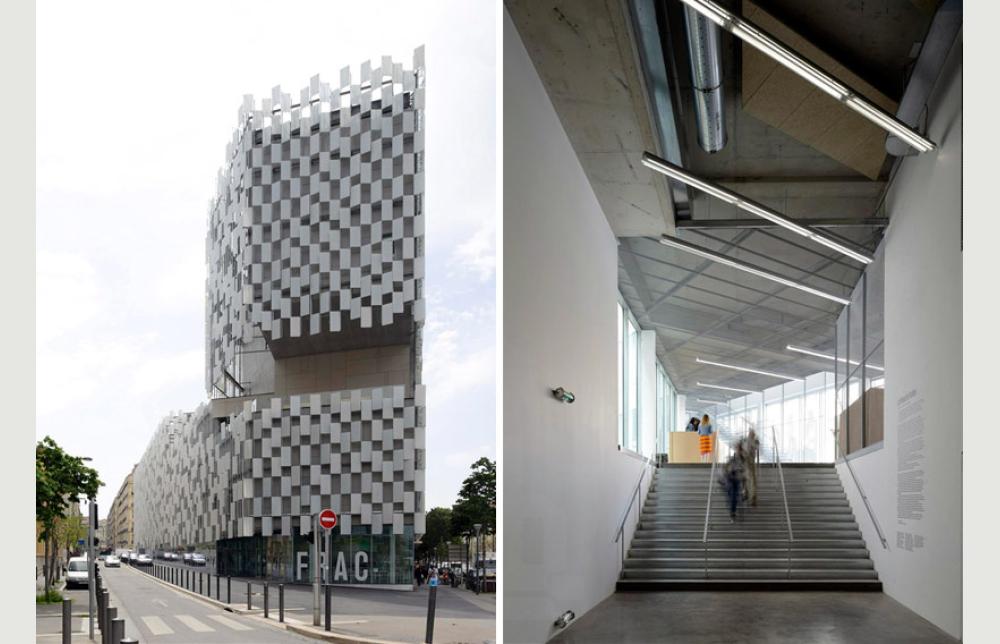 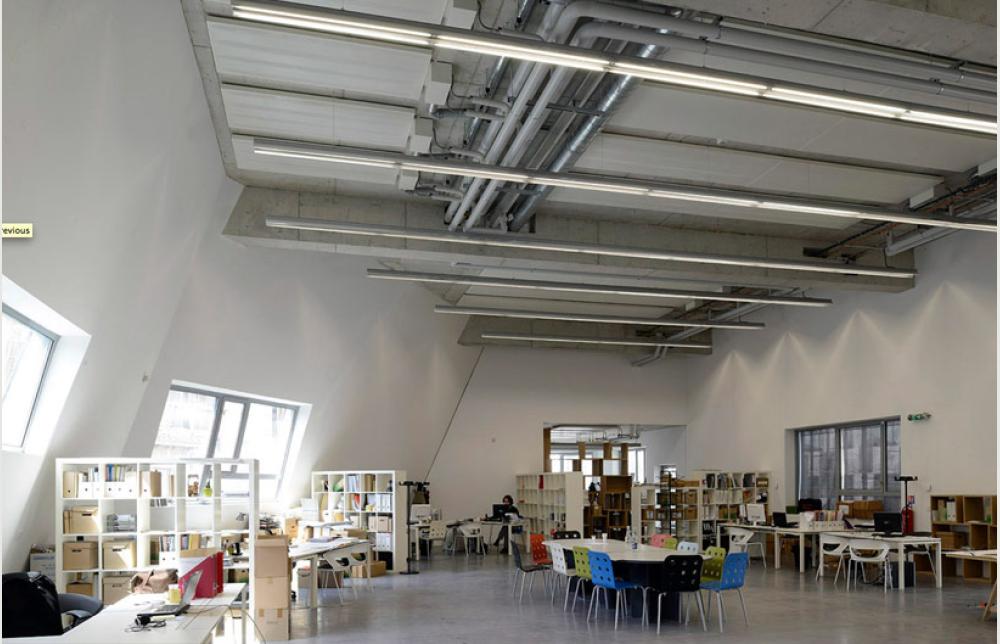 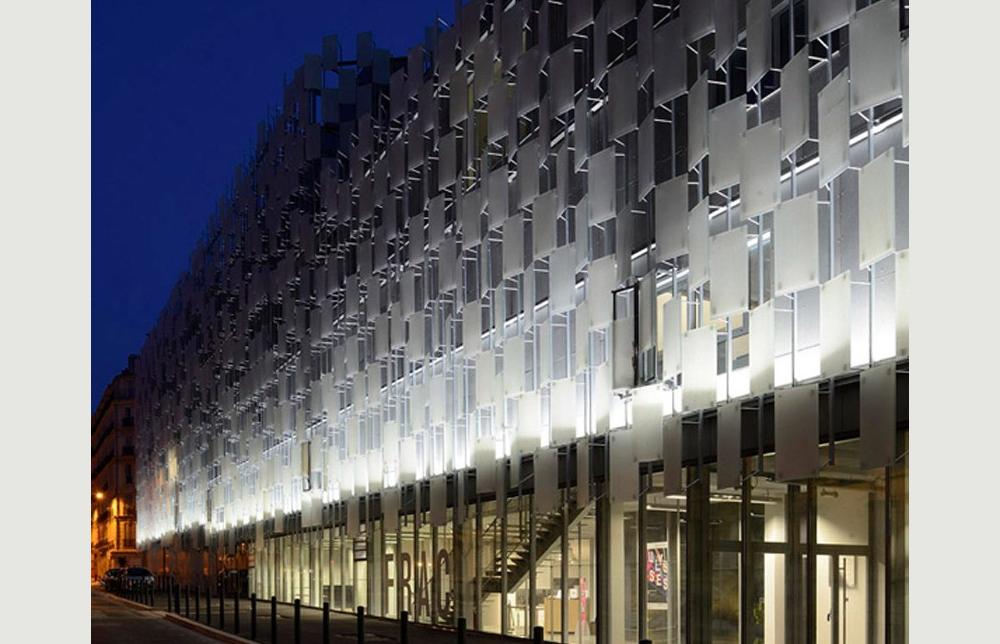 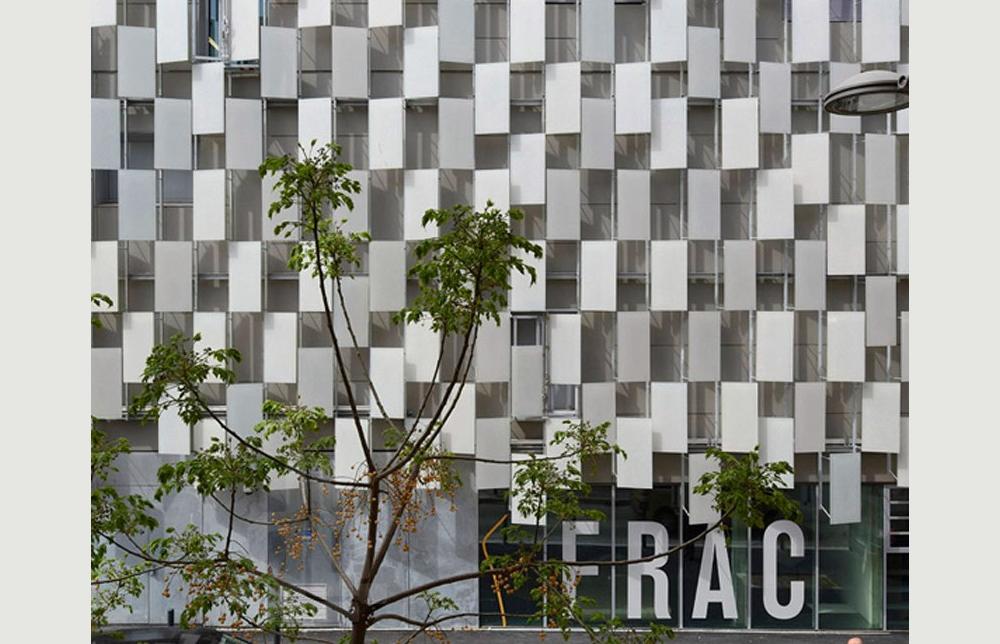 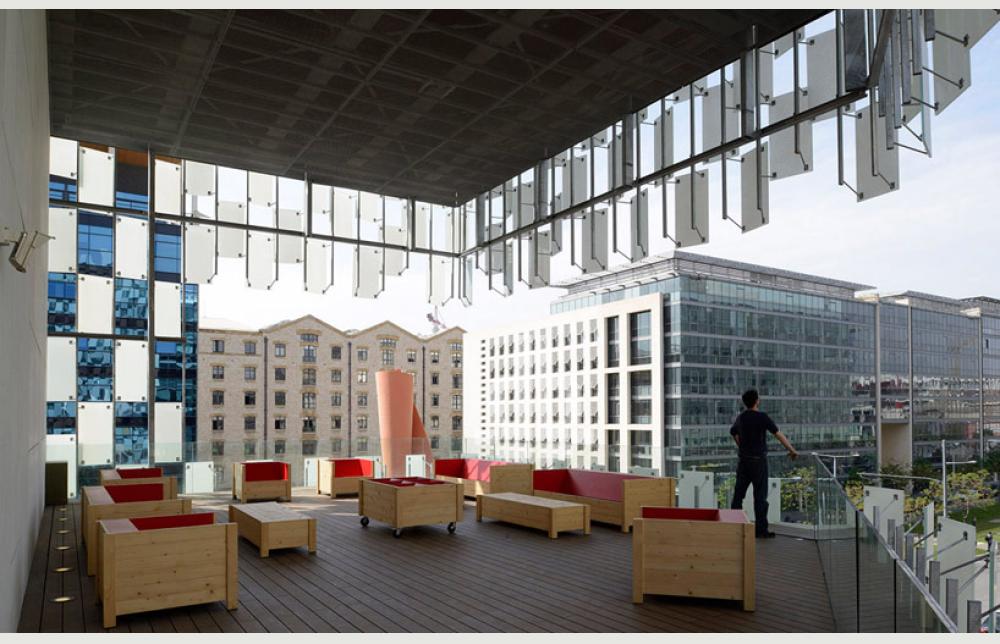 We came up with a plan where the building consists of an alley that rises in a spiral on the West side. This would incorporate the excitement of alleys into the structure, and the alley would continue when you went up to the roof from the 2nd floor and 3rd floor. The concept of floating alleys in the air was also attempted by Le Corbusier in Unité d’Habitation, but our plan was for a spiral alley that continued from street level rather than an alley that was floating on a piloti. The alley in the sky is connected with outside terraces in a number of places, and you can breathe in the sea air and experience the ambience of this port city when you go out onto the terraces. These terraces in the air also form a connection between the alleys located around the building and the alley in the air. The terraces that float in the sky are in effect sky stages, and the activities that are performed there draw the attention of the people walking on the ground, and create a type of connection between the city and the building, as well as daily life and art. The end point of this alley is a large terrace on the roof. This relationship is similar to the relationship between alleys and plazas in the city structure of Marseille.