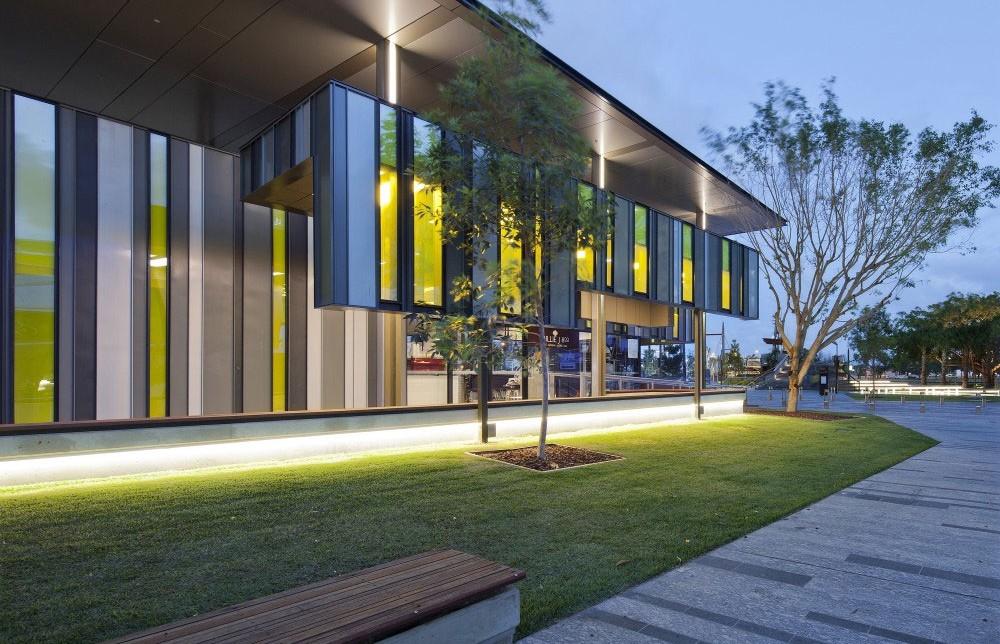 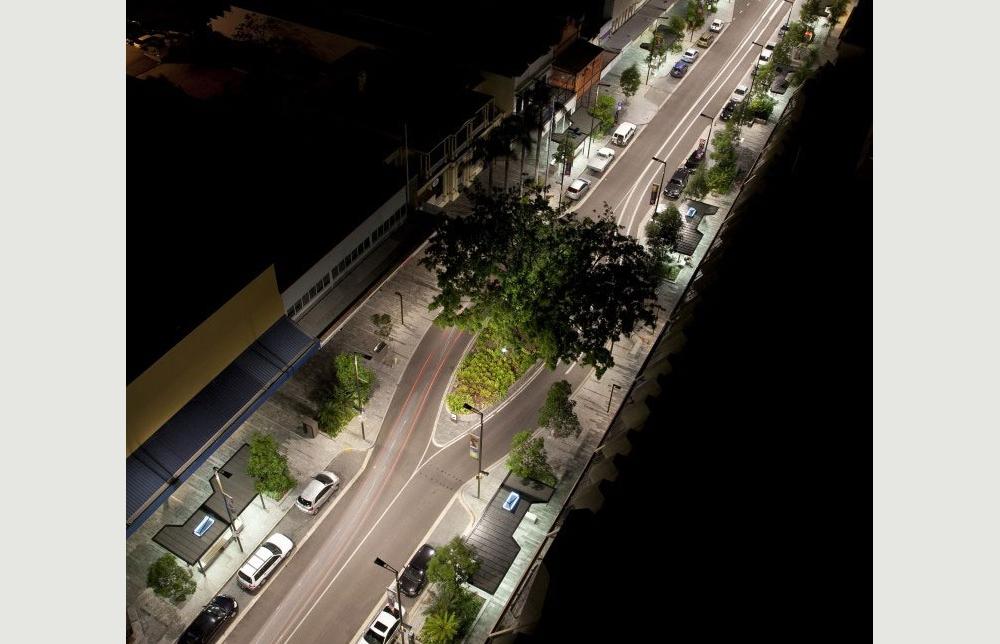 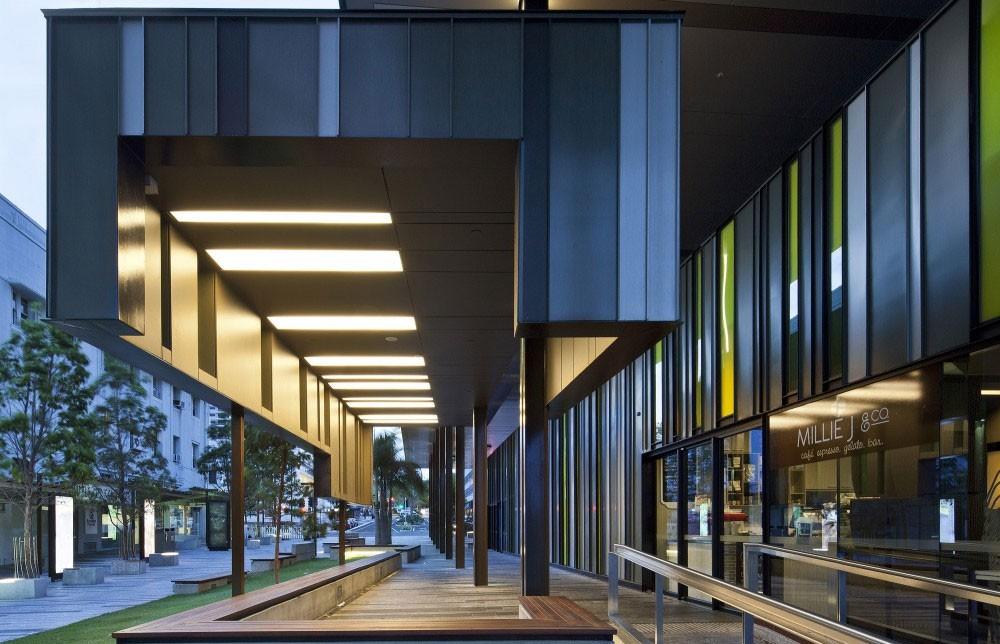 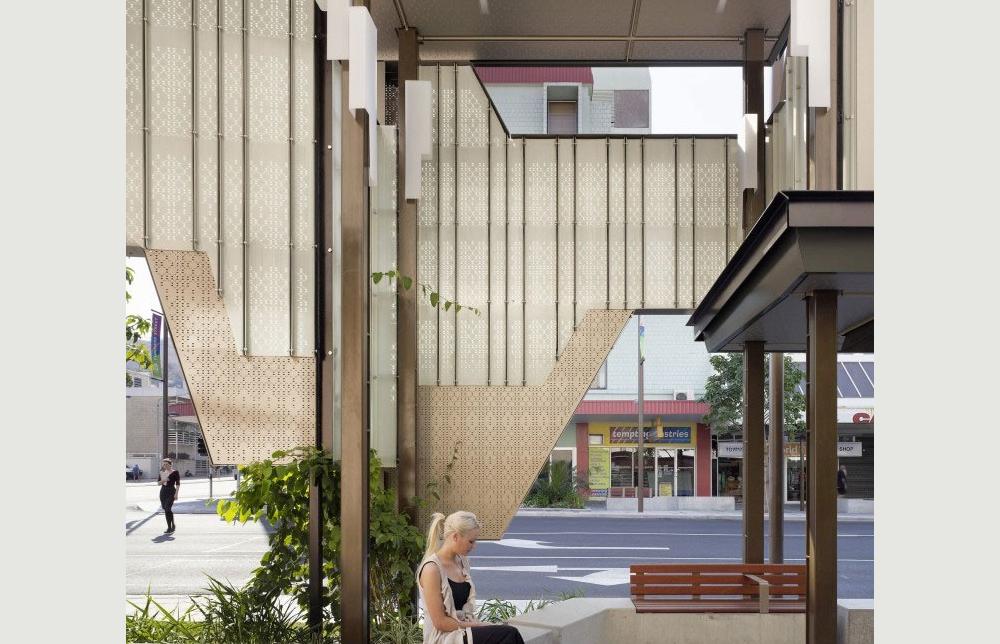 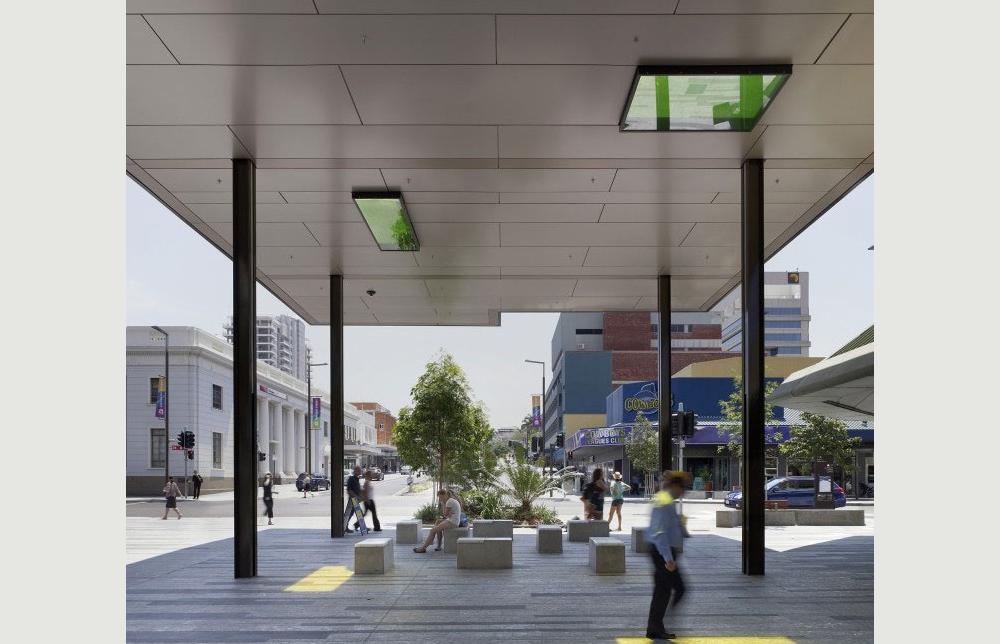 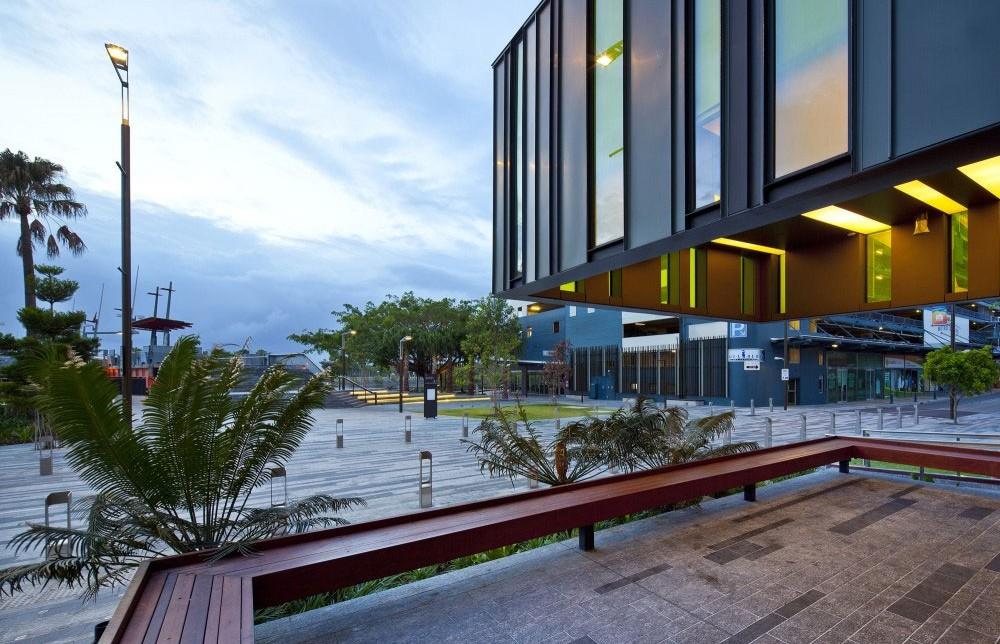 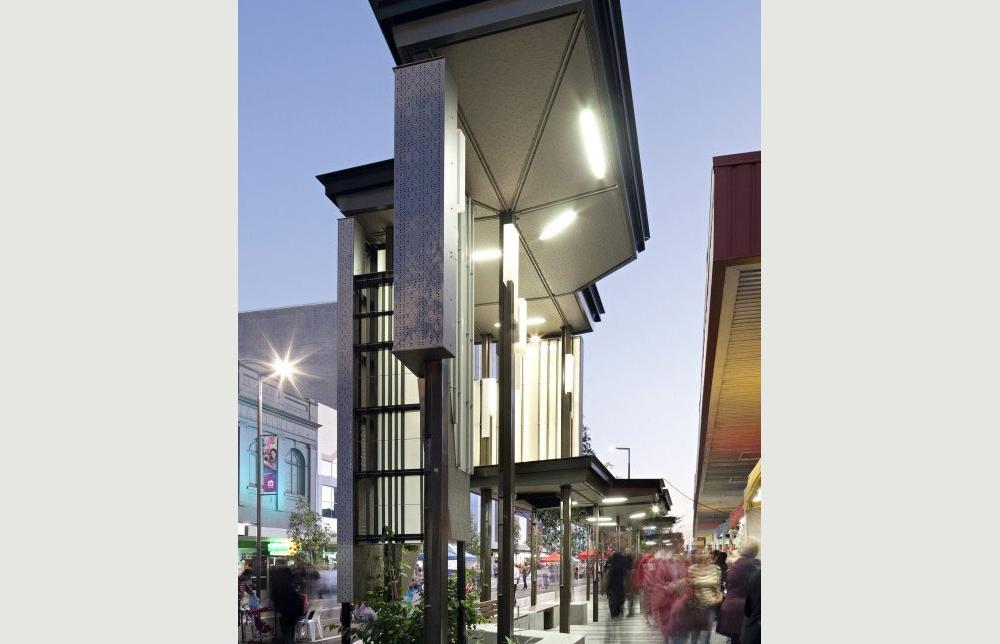 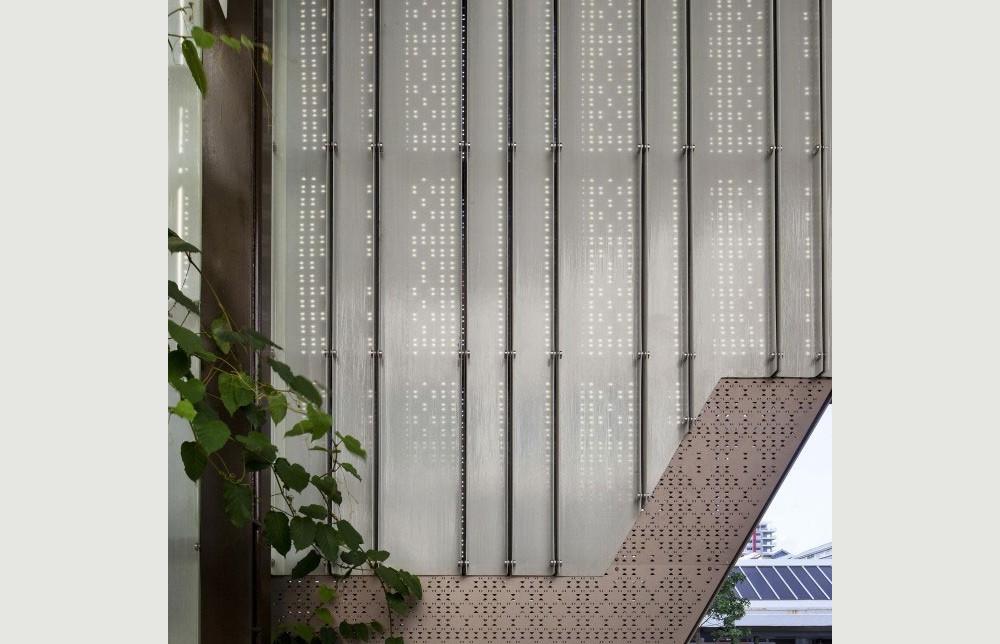 The Flinders Street Revitalisation is a rare case of transforming a pedestrian mall back to a trafficable street.  Developed in the 1980s when pedestrianising main streets was fad, the Townsville Mall never achieved its purpose of enlivening the city.

The current transformation occurred as a result of a City Centre Master Plan by our practice, but separately commissioned.  Community consultation raised a desire to not only regenerate traffic but also for some form of pedestrian square.  Our analysis demonstrated the possibility of such a space occupying a bisecting cross-street, fortuitously linking Flinders Street to the river.  This potential extended the brief, and we created a new city heart focussed on a linear pavilion.  The pavilion architecture of vertically striated translucent and metallic panels created a design vocabulary for the street.  The pavilion also serves to provide a canopied theatrical film space, information centre, café and amenities.

The main street redevelopment retains substantial pedestrian space with its 9 metre pavements, occupied by shelters, corner marker structures, and a custom-designed suite of lighting, furniture and signage.  These elements are located and designed to enhance the streets historic fabric while camouflaging the deleterious building edges.

Conceptual Framework
Our design was to create as beloved a public environment for Townsville as we had done for the neighbouring Thuringowa City two years previously with the Thuringowa Riverway.  We sought to best animate the street with both traffic and people co-existing harmoniously, and to accentuate the street’s historic fabric – Townsville’s earliest – while camouflaging unfortunate late century buildings.  These objectives are achieved by a new pedestrian square linking the street to the river. By custom-designing all shelter, furniture, lighting, paving and signage into an integral suite, by retaining two significant fig trees in the road carriageway, and by opening shops onto wide pavements that are variously used for outdoor cafés, climbing gardens and meeting spaces.

Public and Cultural Benefits
The revitalisation has reinvigorated the life and retail economy of this formerly flailing city centre.  It has provided it with a multifaceted new city heart.  It has created interpretation of history of Flinders Street, and above all created a distinct identity much recognised by the city’s Council and public.

Relationship of Built Form to Context
The project returns Townsville to its traditional pattern of street life and movement thus enlivening the realm around it.  Its elements – tall corner structures, shelters, lighting and furnishing elements, are all specifically placed and crafted to accentuate the street’s historic fabric as endemic to its character.

Program Resolution
The project was technically extremely complicated due to underground services, poor drainage configuration and inconsistent shopfront entries all occurring when the 1980s mall was built.  These constraints led to exhaustive balancing of architectural and engineering endeavours.

Cost/Value Outcome
Despite extreme engineering challenges which at one stage threatened to derail the project with cost, the city has obtained a rigorously crafted and tailored series of public realms within only $50 million.

Response to Client and User Needs
Wholly evident in the dramatic difference in patterns and intensity of public life than before, including weekend markets, outdoor film festivals and community events, and shop owner applause.