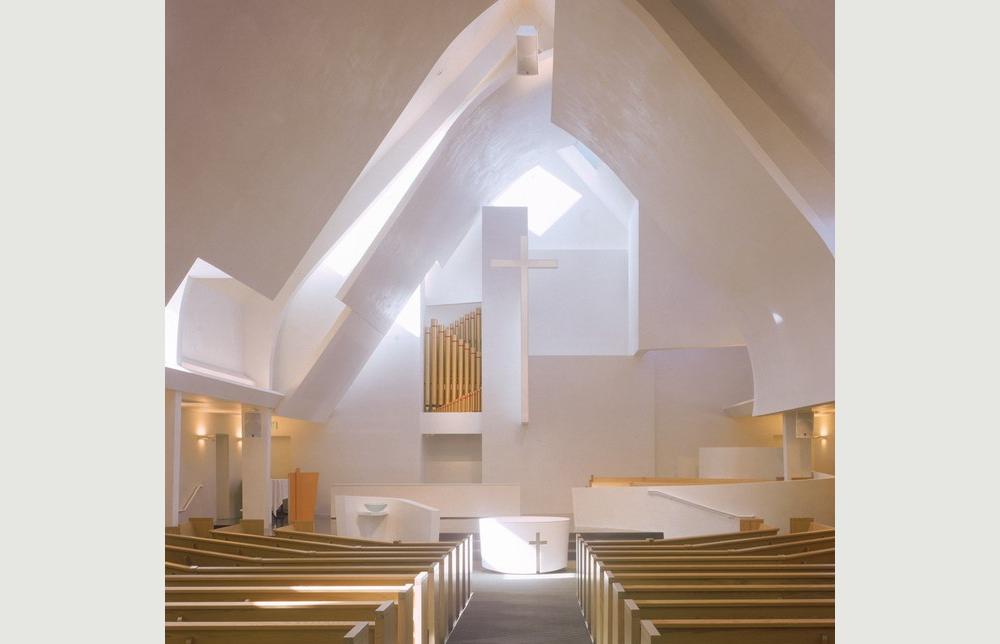 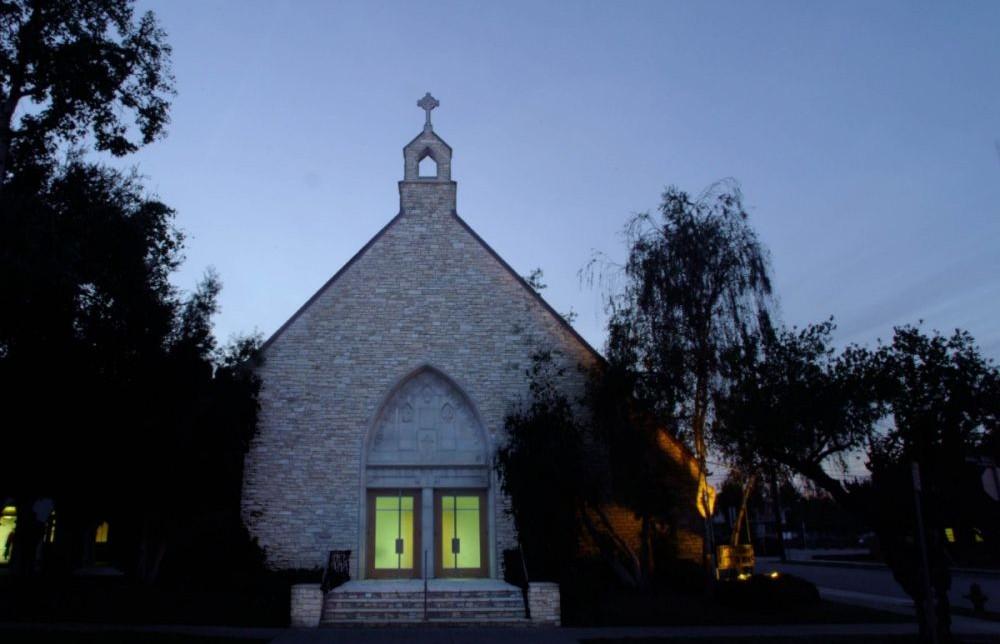 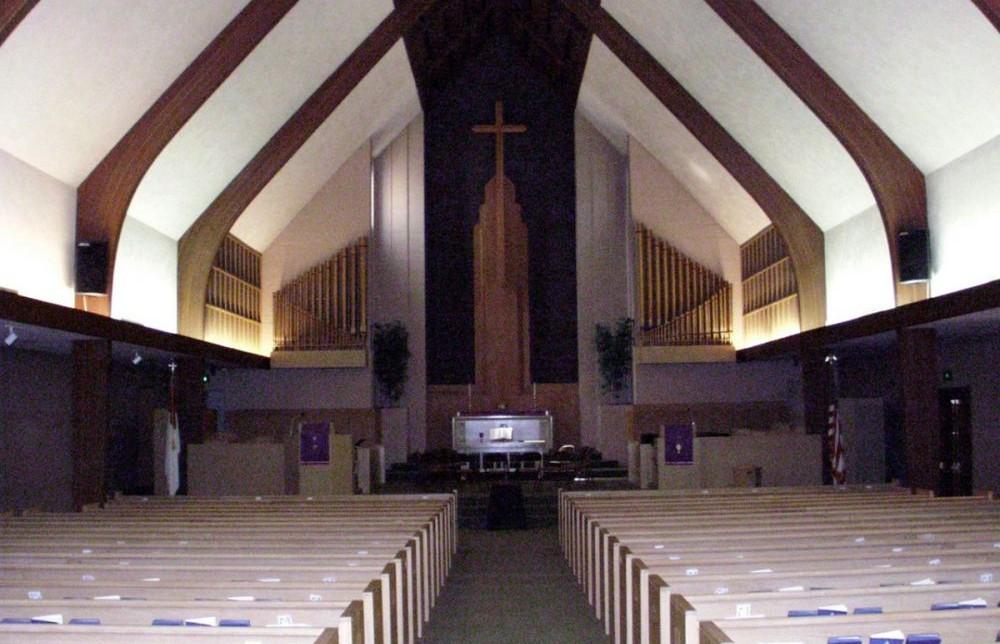 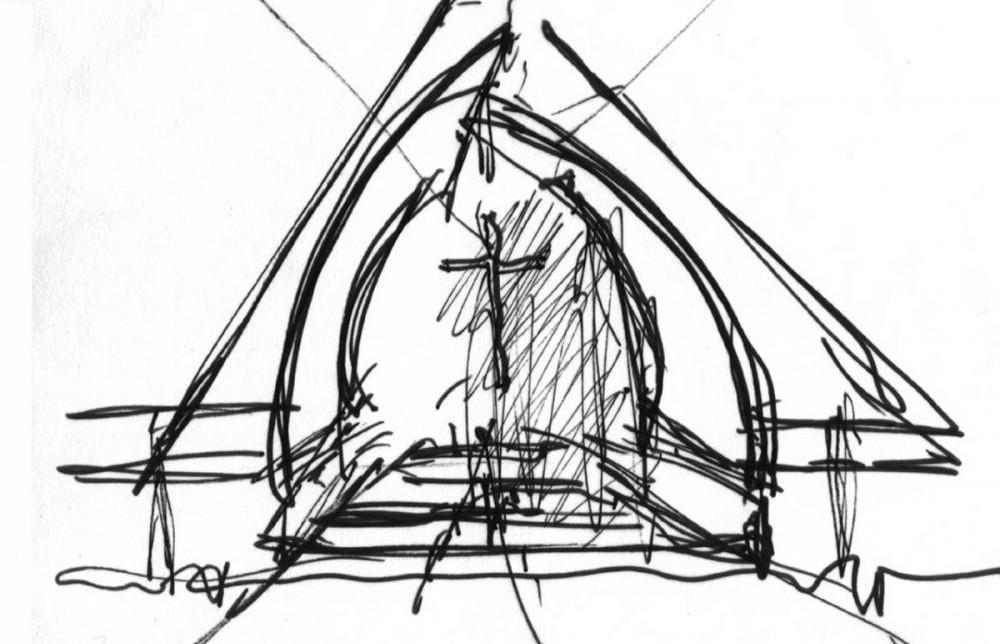 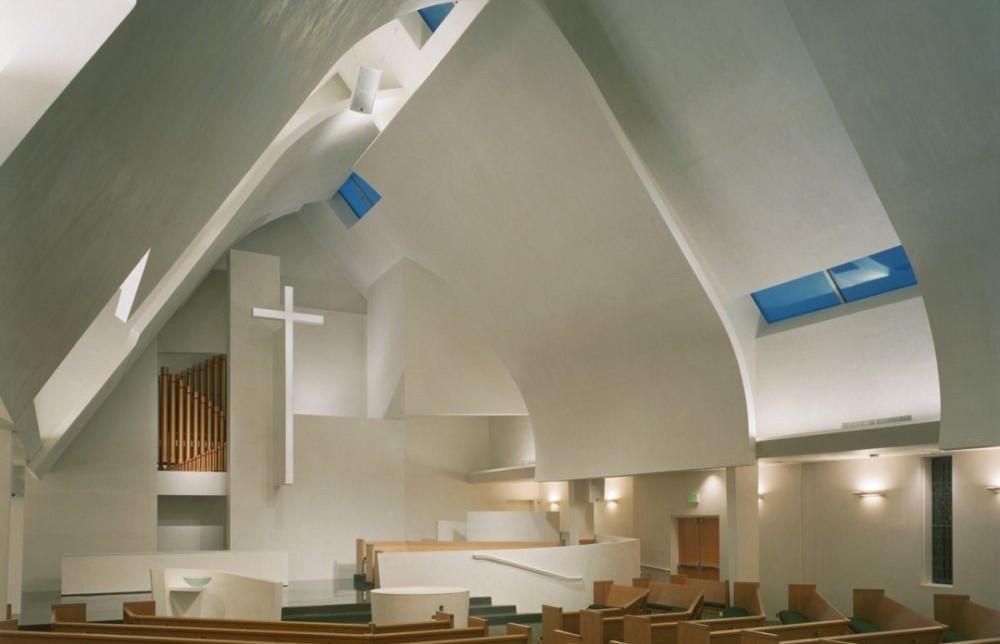 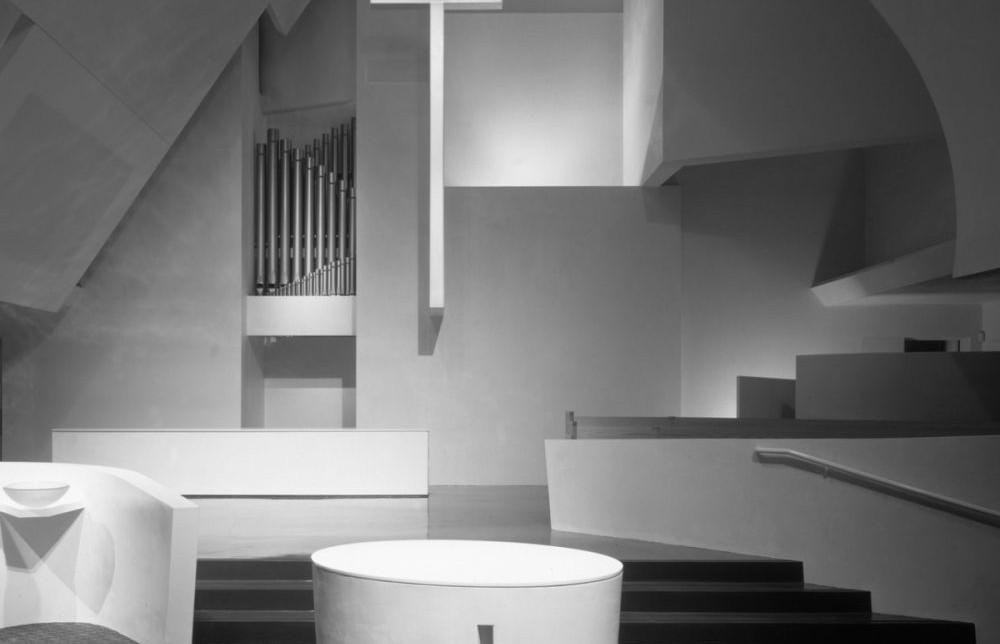 THE FIRST PRESBYTERIAN CHURCH OF ENCINO

The Architects were retained by the First Presbyterian Church of Encino to remodel their space of worship.  Located on Balboa Boulevard in Encino, California, the church construction began in 1954 as a typical “A” frame with tapering glue-lam columns and a stone exterior.  The goals for the renovation were: first to bring a more significant quality of illumination and second to develop a form that would create a greater sense of closeness and reverie.  The pews were reorganized in the round.  The floor of the Chancel was brought forward and lowered to bring the pastor and choir closer to the congregation.  And finally, sculpted planes and volumes whose irregularities shape different qualities of light, were utilized to create a unified plastic expression.

The dynamic and transformative character of light heightens the sense of the ecstatic, of being brought into the revelation of divine grace and wisdom.   Light as metaphor to divine light and spiritual revelation is the primary symbol and theme for the design of the First Presbyterian Church of Encino.  Light is shaped in three movements that take one on a long procession of enlightenment. The first movement represents entering the house of God.  The light in the narthex filters from above; its source is not evident.  There is a suggestion of a space beyond, yet the main sanctuary is seen only in glimpses.  The second movement corresponds to the main worship space.  The congregation is illuminated by large openings to the north, which fill the sanctuary with tender light representative of God’s love and charity.  Sources to the south are low creating a common horizon of more brilliant light illuminating the congregation, the community of man.  The third movement is the most brilliant and the most varied.  Only here does light flow directly down the curved surfaces that shape the sanctuary finally illuminating the full form of the church.  A multiplicity of openings create a symphony of light that is a varied and continually changing illumination of the cross and place of communion.

Symbolic form has also been given to the space of the sanctuary and the key elements of service.  The two facing curved surfaces that shelter the sanctuary and give the primary form to the worship space are an interpretation of the form of hands in prayer.  This form also has its origins in the early Christian depictions of the mother of Christ.  The choir and communion table are an interpretation of the dove of Christ whose wing shelters the choir and whose heart becomes a place of peace and communion.  The cross wall at the back of the chancel is composed of two parts.  A vertical cross serves as the symbol of the risen Christ and God’s love.  It is elongated so that like a steeple, it represents an axis of connection between heaven and earth.  This literal presentation of the cross projects from and is supported by a more abstracted version of the cross symbolizing the support of the Holy Spirit. It reflects colored light from existing stained glass windows and reveals rays of light projected from new openings.

In the axially symmetrical interior with such strong focal orientation terminated by the cross, the greatest challenge was in creating a space in which the perspective view did not govern the design.  This was achieved by creating curved panels flanking the aisle that deliberately varied from one side to the other.  This allows the perspective view to be subservient to the larger issues of changing light, temporal light, and the ecclesiastical procession towards the chancel with the presence of the cross symbolically rising to become the highest focal point.

Finally, returning to the Narthex after the service is finished, we see the upper balcony flanked by two symmetrical pieces that when joined together take the form of the garment that Saint Francis made and wore during his lifetime. With this garment of modest fabric he fashioned himself into a living symbol of the cross. We leave the church with an example of mankind’s deeds as an expression of faith.