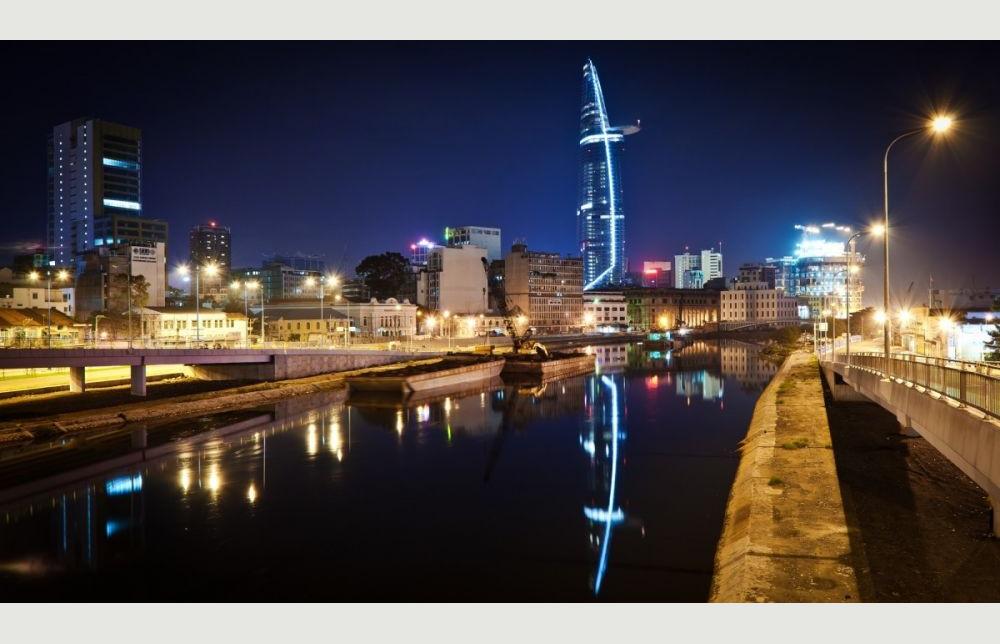 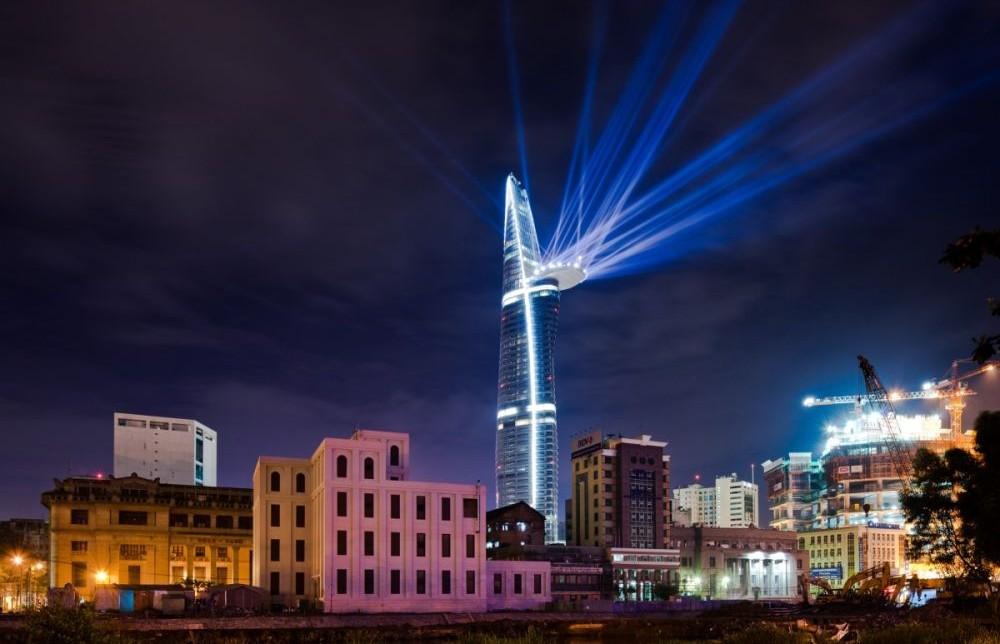 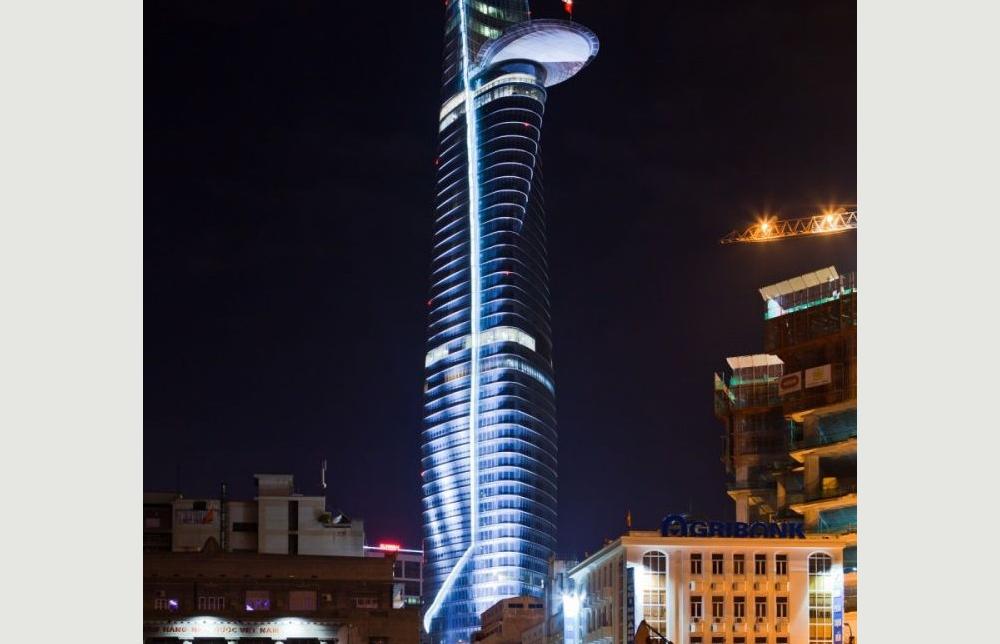 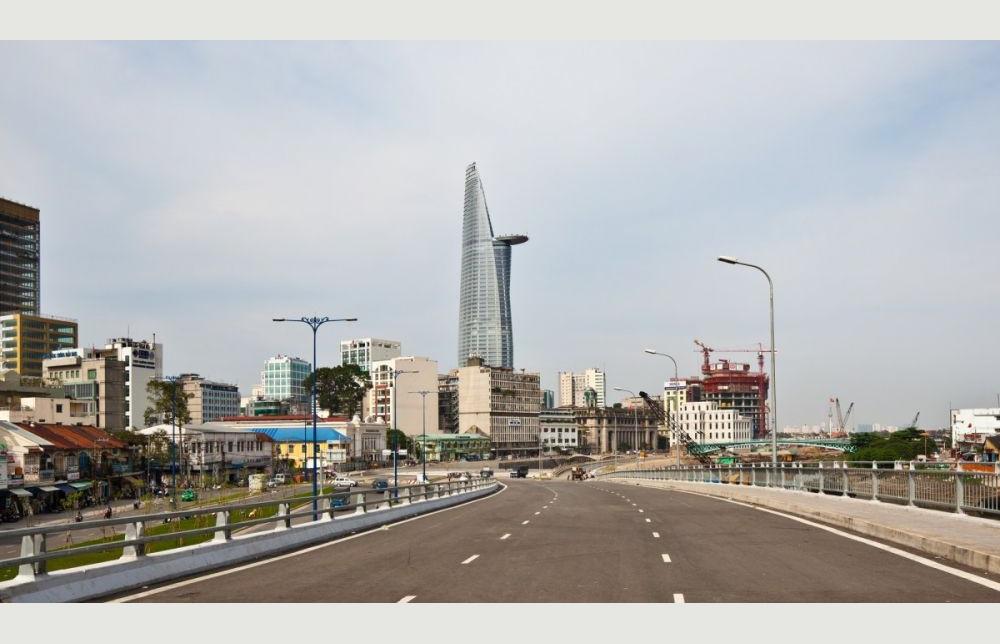 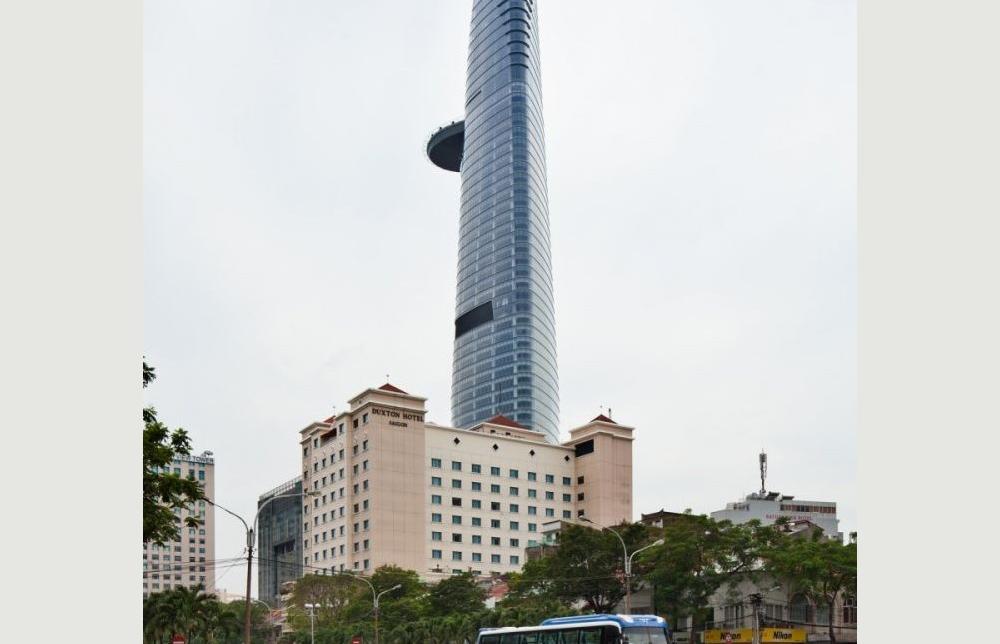 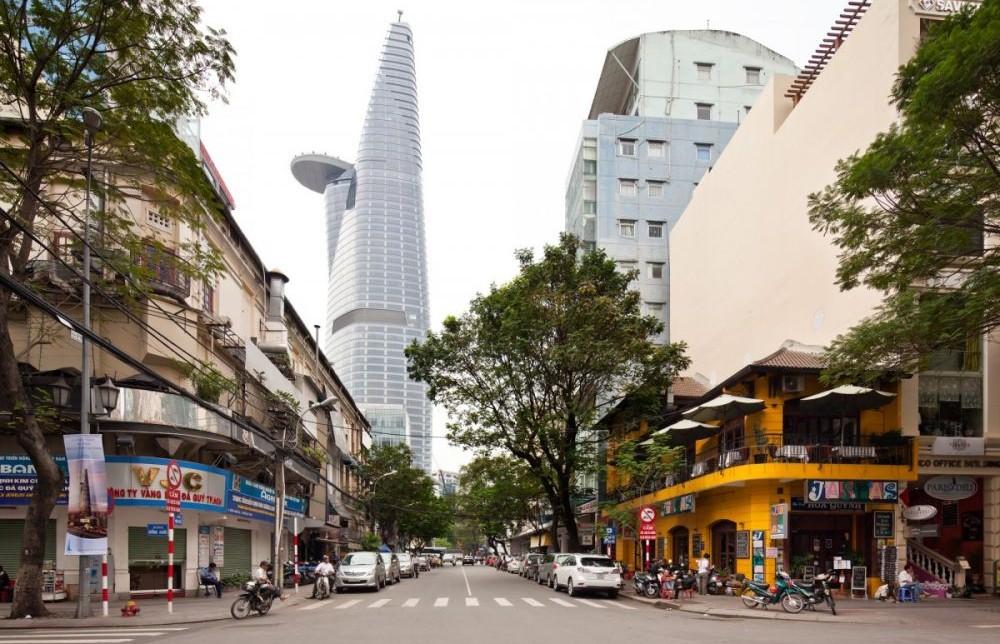 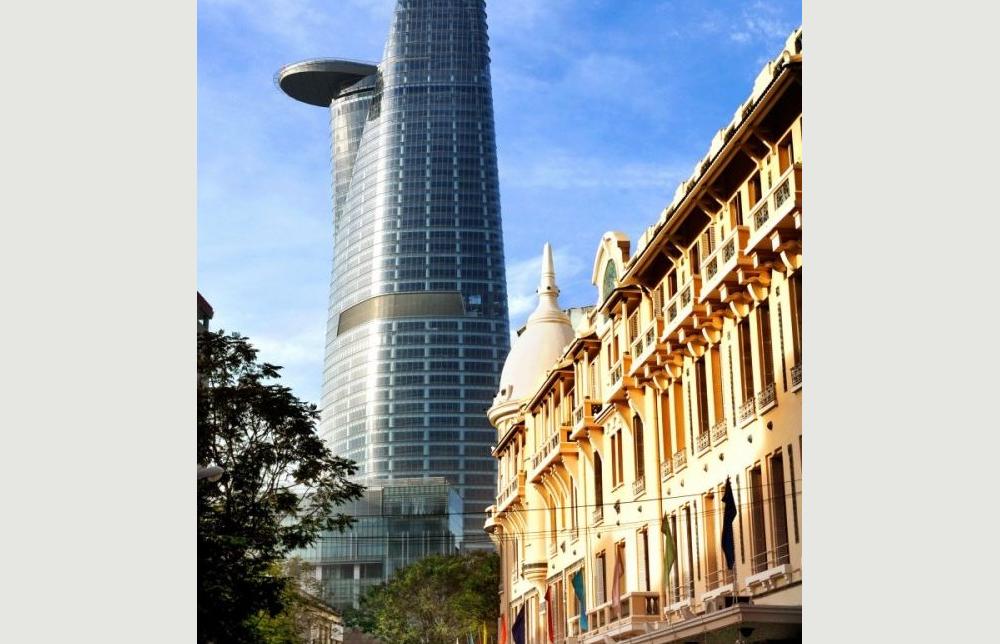 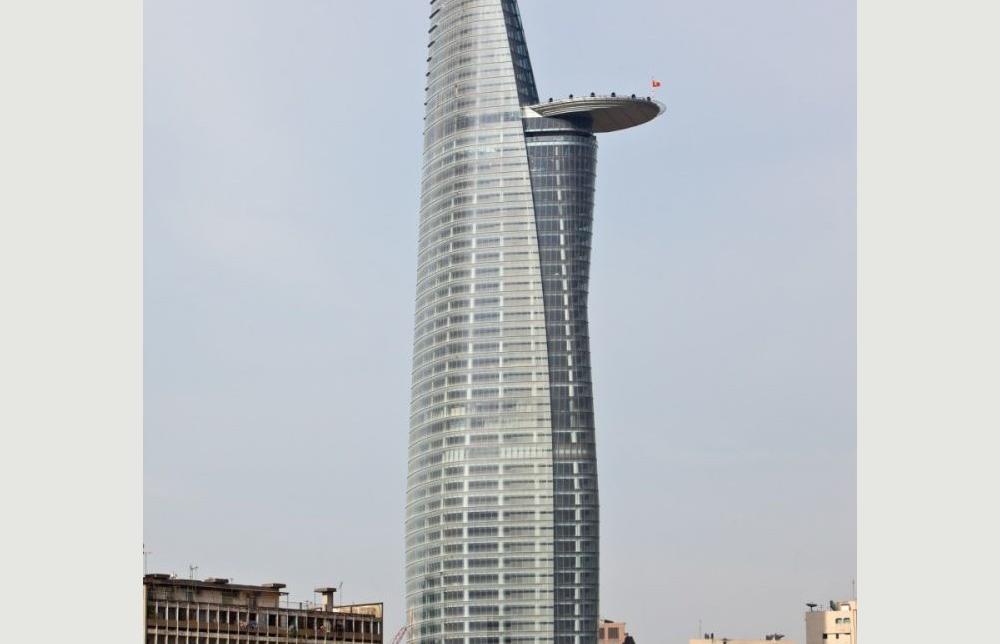 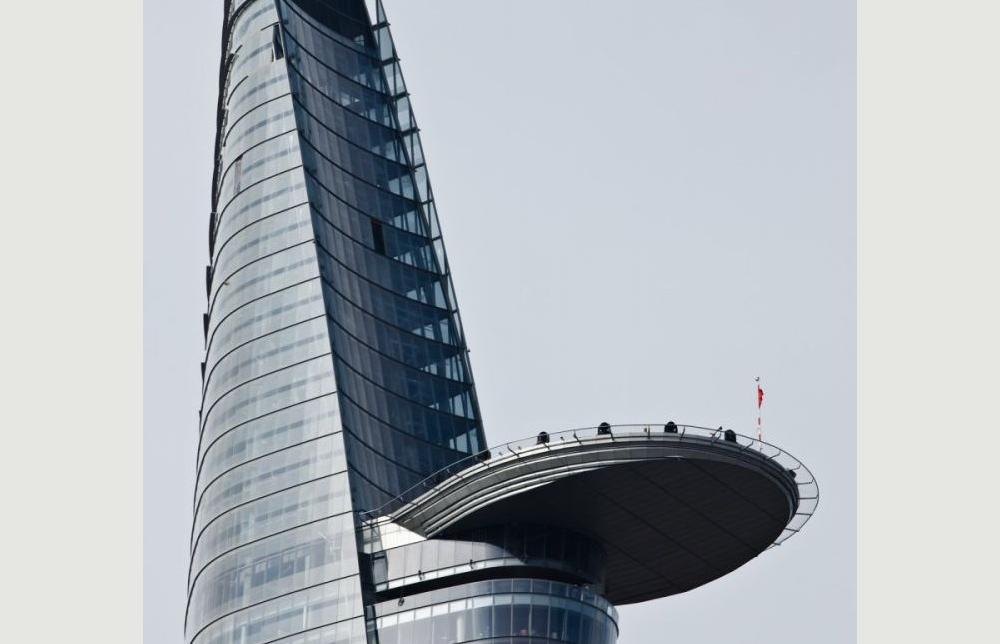 The BITEXCO Financial Tower is an iconic symbol of the development of Ho Chi Minh City, Vietnam’s economic capital. Housing offices and businesses, the tower asserts its identity through its height and its geometry of taut curves rising up from the dense city below. Located in the heart of the city near the river Saigon, the tower stands at the intersection of three streets (Hai Trieu, Ho Tung Mau and Ngo Duc Ke).

Shaped like a huge leaf curled in on itself and opening out to the sky, the tower evokes both nature and traditional architecture and objects made from assembled or woven plant material. The tower’s complex geometry consists of inclined cylinders linked together by truncated cones. The sculptural quality of the tower is heightened at night by white lighting that emphasizes the sheer vertical of the west façade, the pinnacle of the tower and the underside of the helipad (helicopter platform) which juts out by 25 metres.

The 68-storey tower stands on a base whose first five floors house a shopping mall, conference facilities and restaurants. The ground floor is extended by an esplanade and terraces planted with trees.

Most of the tower itself is given over to offices. The upper part above the helipad comprises 18 prestige floors, a panoramic bar and a VIP restaurant.

The offices are served by double-deck lifts inside the tower’s central core. They are controlled by a grouped call system to minimize waiting time. An express service runs from the ground floor to the public and VIP levels on the 50th floor, where visitors enjoy an incomparable view over the city and the river.

The technical rooms are on the 29th and 30th floors and at the top of the tower. Cooling towers are located above the shopping mall and on several levels of the basement, where the generators and oil and water tanks are also housed.

The glass panels on the façades incorporate screen-printed motifs (varying in density according to their position) which soften glare and provide protection from the sun. Inside, wooden louvred shutters filter the light in the upper and lower parts of the windows. This interplay of materials again echoes the traditional Vietnamese art of weaving and assembling natural materials.

The construction of the BITEXCO Financial Tower involved an international design team. They have created a pioneering building and a landmark for today’s Vietnam.