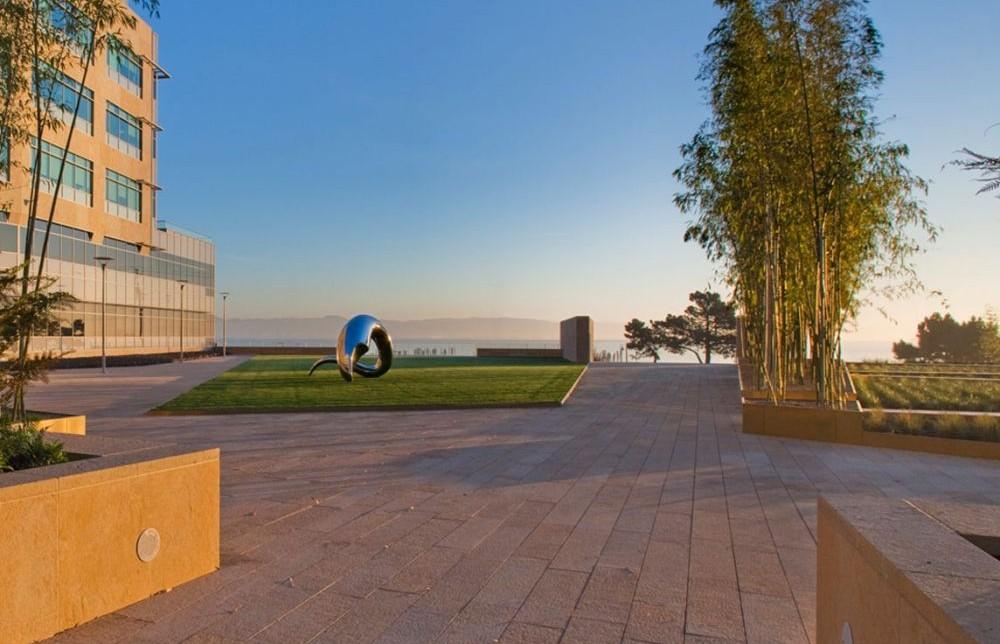 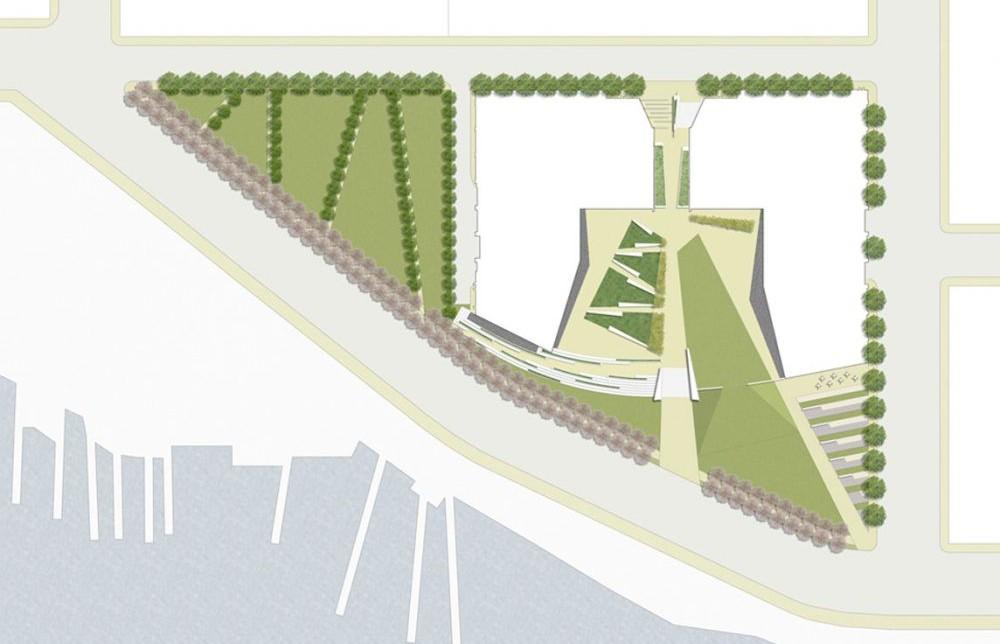 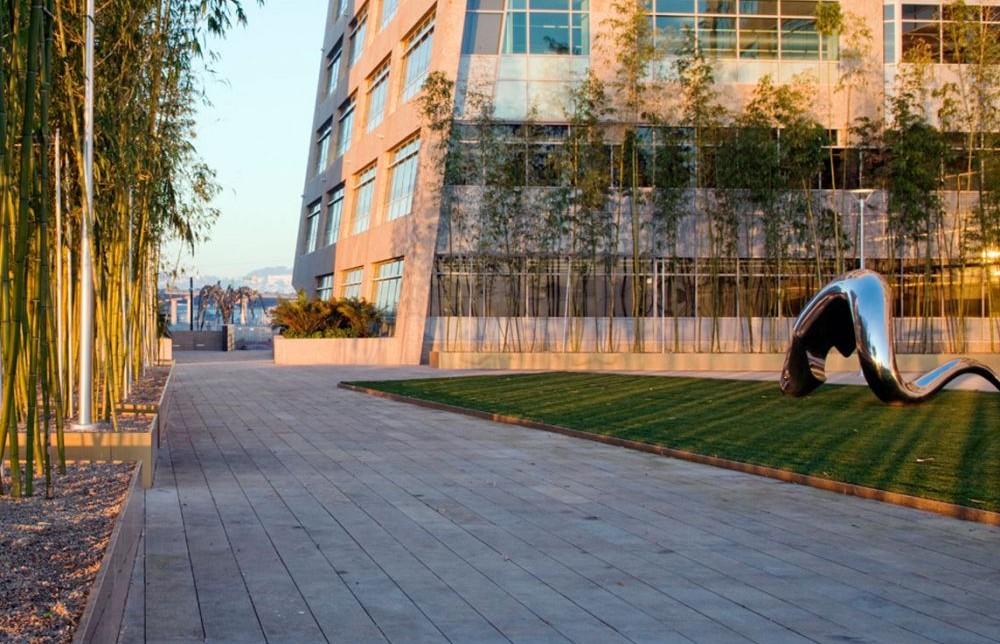 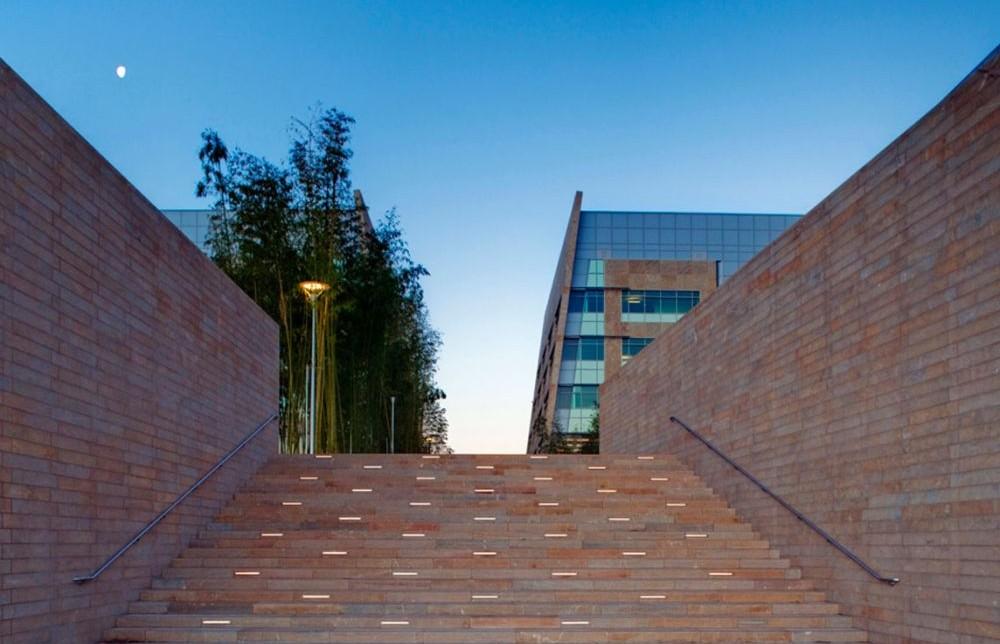 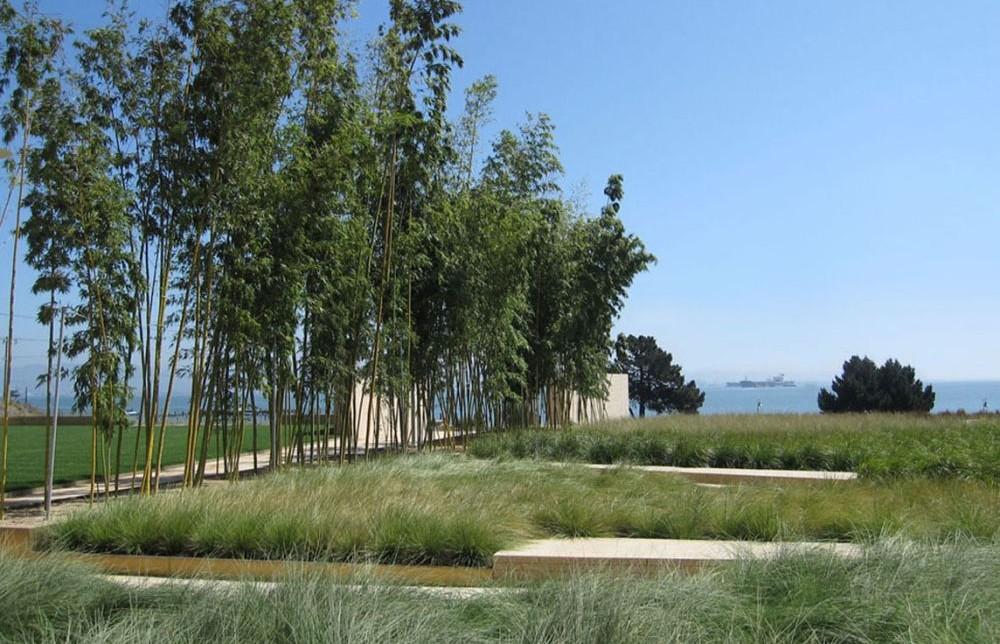 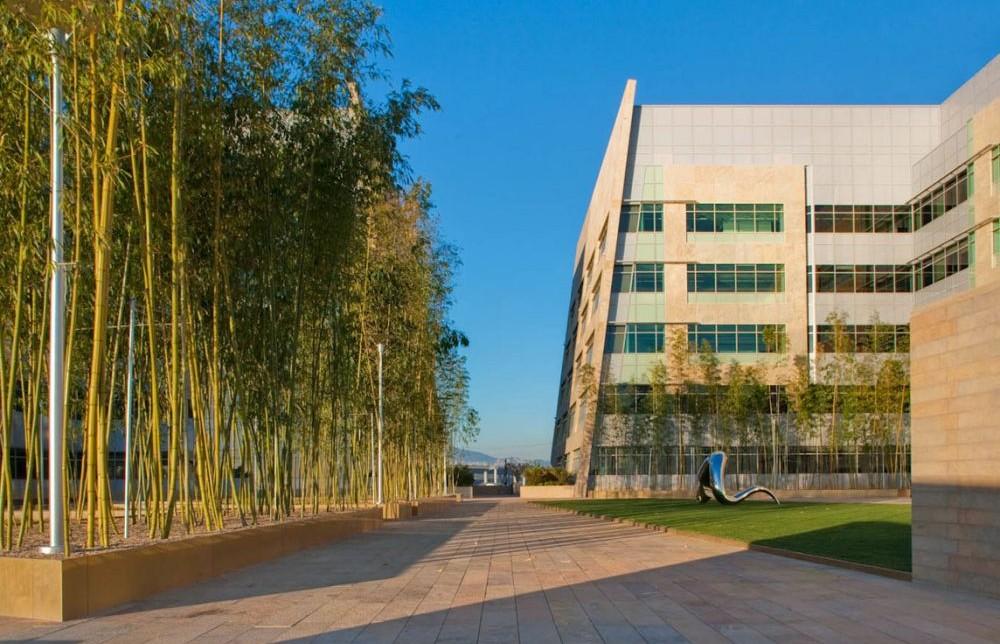 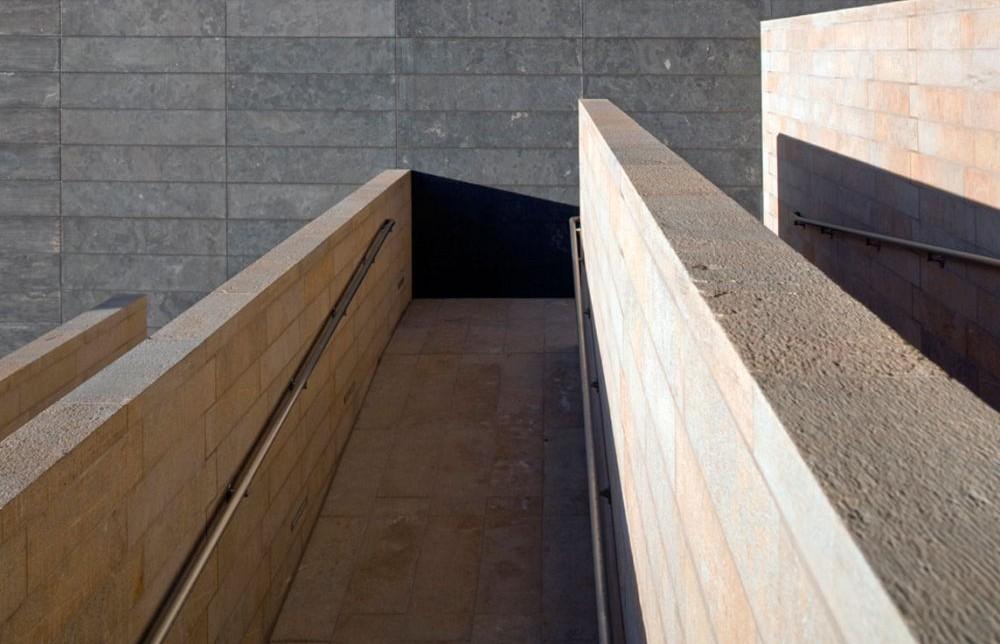 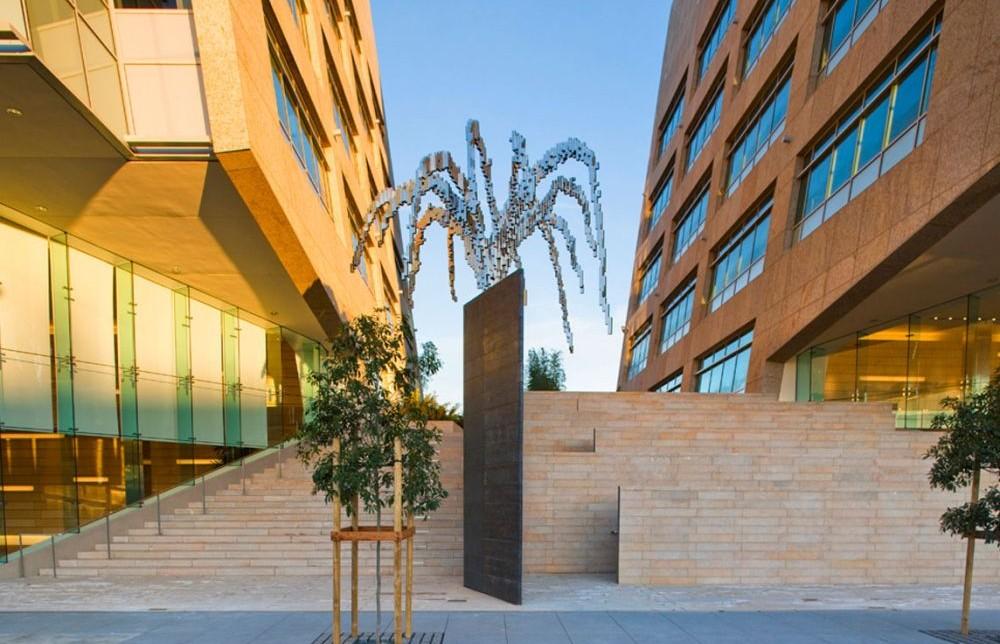 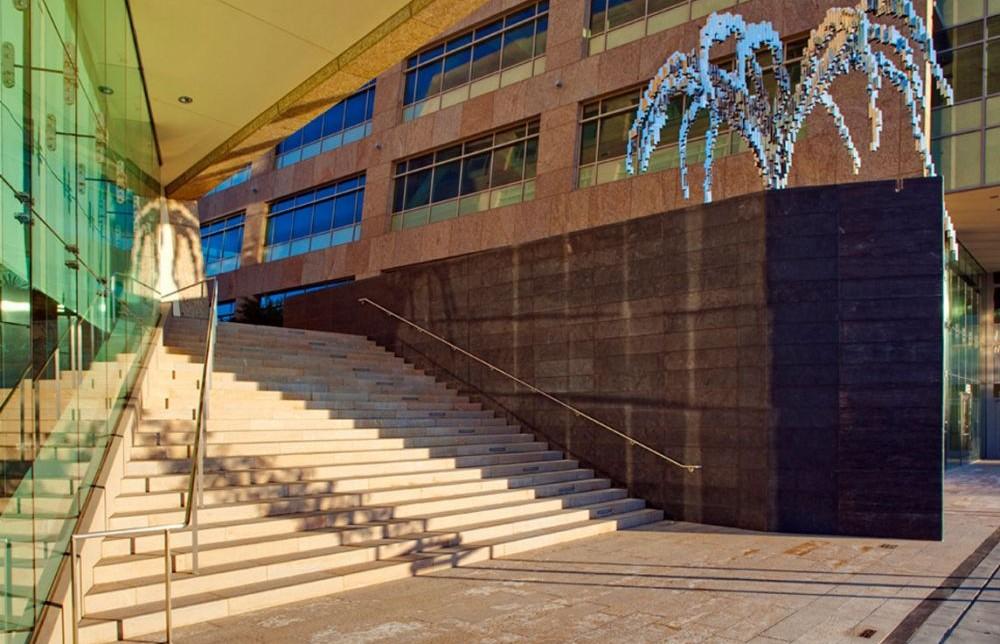 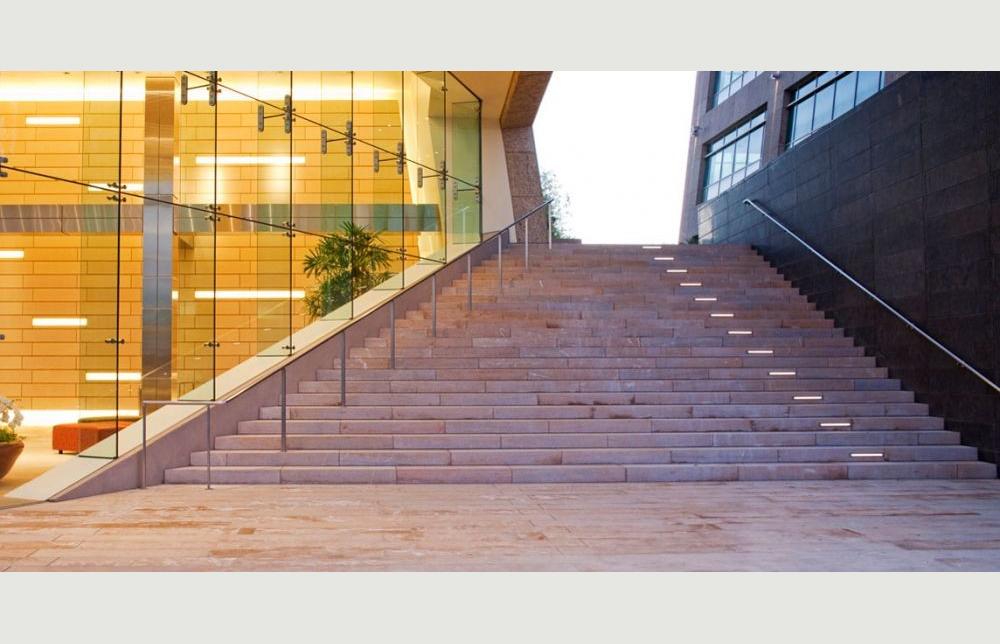 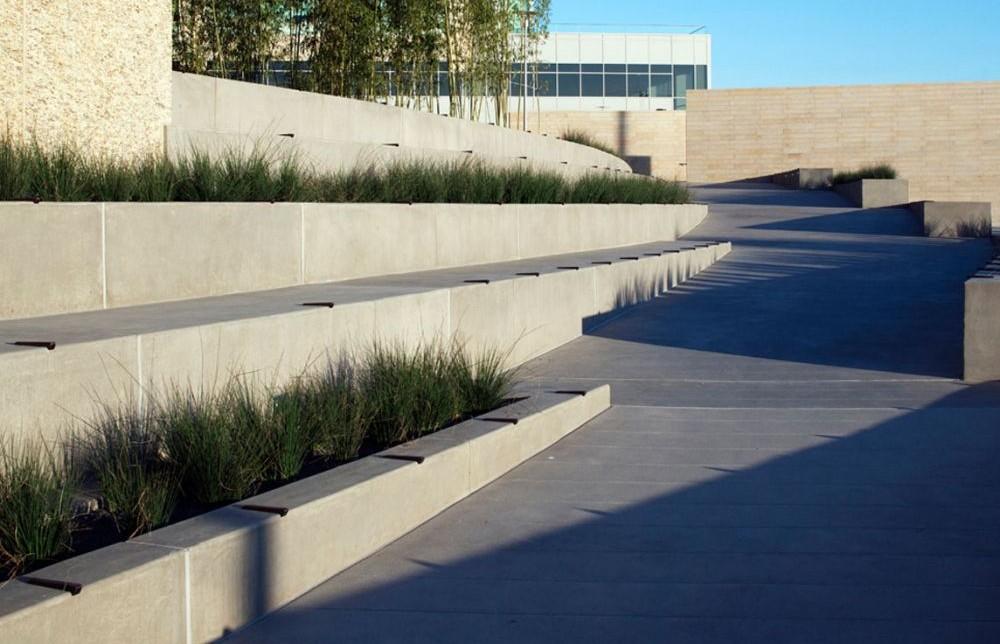 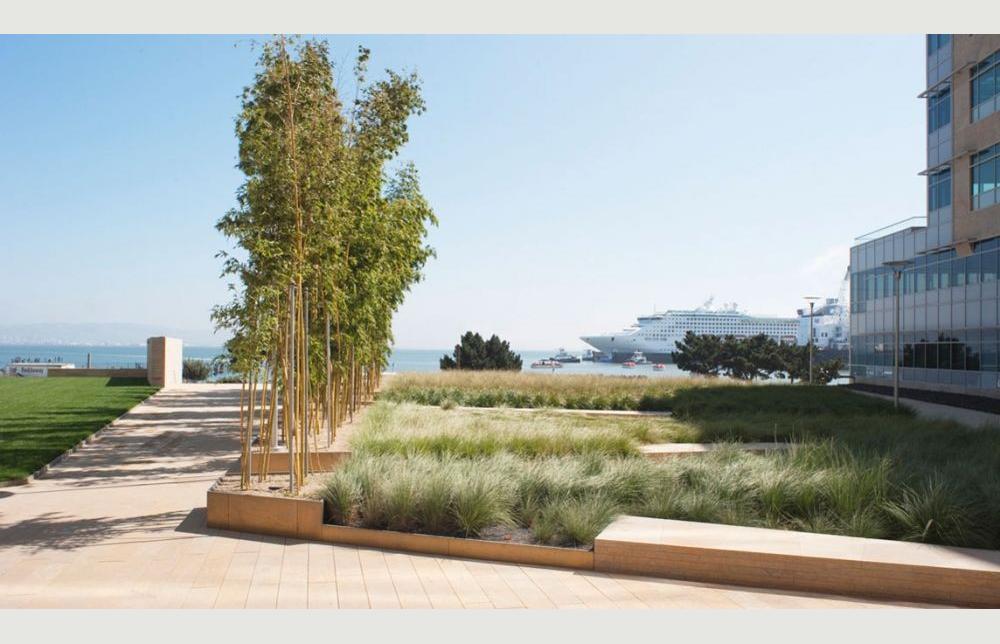 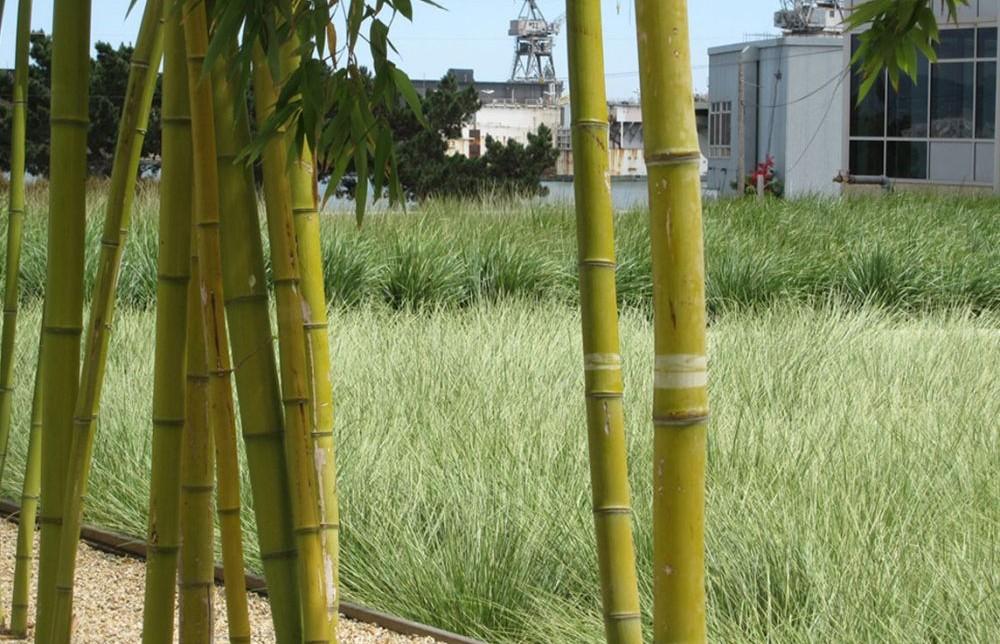 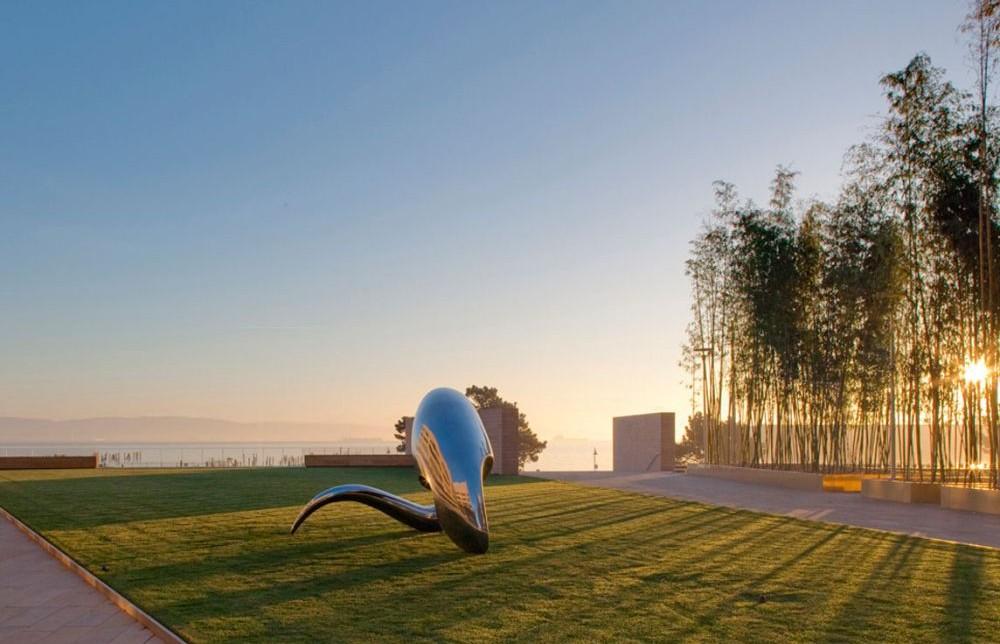 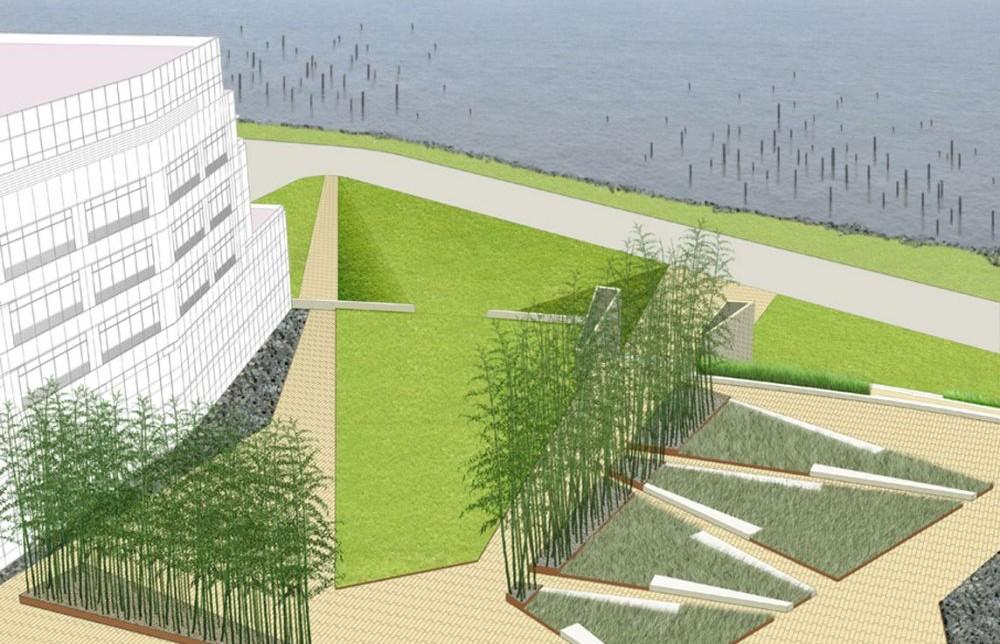 Project Statement:
Fibrogen Headquarters Plaza is a 1.5-acre on structure podium plaza located in Mission Bay, San Francisco. Sitting 12 above an adjacent public park, the plaza creates an expansive prospect to the San Francisco waterfront. The concept is fundamentally simple: The landscape embraces and reveals the beauty of the San Francisco Bay.

Context
San Franciscos Mission Bay district is found south of downtown, bordered to the east by the San Francisco Bay and the 280 freeway to the west. Many of the 300 acres were once part of the Southern Pacific Railroad, at the hub of the port and manufacturing warehouses of old San Francisco. Industrial relics still dot the shorelines, with remnant docks visible from Fibrogen Plaza.

In 1998, the city of San Francisco initiated its plans for redevelopment of the area, and in the following years residential towers and biotechnical firms began filling in the urban fabric. The third street rail line was completed in 2007, formally connecting the southern regions to the greater city. To the north, ATT Park Giants Stadium anchors the area as one of the few cultural / social sites in the district, but in general the area lacks points of interest for the general public.

The Redevelopment agency wanted to enhance the social and cultural offerings of the area, and pushed for public access and the inclusion of sculpture. Framed by future public park lands, Fibrogens location at the waters edge presented an opportunity to expand their sense of place and at the same time, open their plaza to the public.

Design Influences/Strategy
Prior to design, the team set up scaffolding in the empty lot, and began to imagine the view from future plaza. This investigation revealed an impressive view to the bay, not accessible at street level, which directly informed the concept.

Also key to the site design were the adjacent public parks. While it wasnt in the scope of work, the concept for the plaza was heavily influenced by a vision for a direct connection to the community parks. Embracing the Redevelopment agencys goal to enhance public access, every effort was made to blur the perception between public and private. Two stone walls, disguising the exhaust/intake ventilation shafts for the garage below, mark a gracious staircase that directly connects the plaza into the park, while an ADA accessible ramp gracefully slices through terraced seating to the south.
One of the most challenging parts of the project was creating a welcoming, accessible formal entry at Illinois Street to the west. This required connections that achieved 12 vertical feet in less than 35 horizontal feet. Framed by street level lobbies, a tapered staircase slices upwards on one side. Along the other lobby, a series of accessible walks glide upwards along a stone prow that acts as a threshold between the circulation systems and marks the project entry.

Materials, Implementation and Sustainability
Fibrogen Headquarters demonstrates the transformative possibilities of design: from a brownfield site into an extraordinary public plaza/garden space. The plaza/garden functions as a green roof atop a private parking garage that performs as a corporate plaza and at the same time, a public park.
The plaza sits directly upon a parking garage with the finish surface of plaza ranging from 4 to 16 above the top of structural slab. Planting opportunities within this section were slim to none. Upturned frames of steel, wrapped with bronze, extrude up from the paving surfaces creating planters for materials tolerant of minimal soil conditions. Bamboo Phyllostachys vivax and grasses Muhlenbergia lindheimeri, Calamagrostis Karl Forester, Festuca mairei, Muhlenbergia dubia, and Juncus patens were selected for their seasonal interest, form and drought tolerant characteristics. Streetscape tree types conformed to Mission Bay Design guidelines.
Two pieces of sculpture are featured in the project. Shawn Smith was commissioned to install a piece atop the prow off of Illinois Street. Another piece, Im Alive by Tony Cragg, was purchased and incorporated into the plaza lawn.