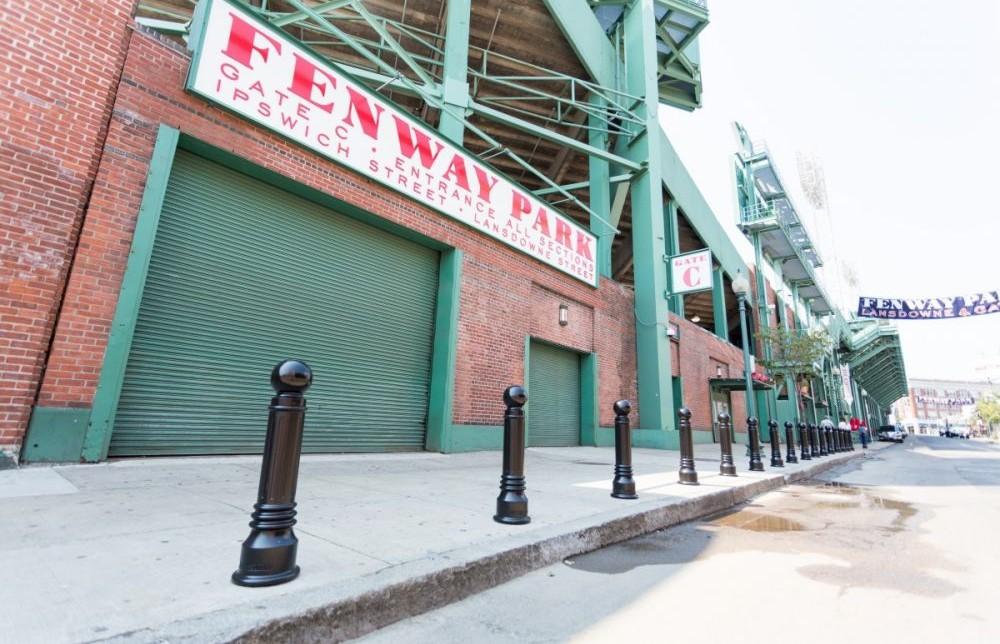 When designers at the Beta Inc. were tasked with overseeing the layout and installation of security bollards outside Boston’s Famous Fenway Park, they knew that maintaining the site’s historic feel would be paramount. Fenway Park is the oldest park in use in Major League Baseball and it still boasts much of the original architecture from 1912. It was necessary to provide anti-ram protection in several areas where large numbers of pedestrians converge but the designers also recognized that unadorned steel pipe bollards would clash with the time-honored design of the historic ballpark.

They concluded that the bollards would have to be decorated, but finding a style that matched the site’s retro-classic design would prove difficult. Bollards at a historic site, like Fenway, would require elegant ornamentation, classic design, and would need to be composed of a material that appeared genuine to the time period in which the park was constructed.

The designers found the solution in the authentic-looking, old-world design of Reliance Foundry’s model R-7539 decorative bollards. Composed of ductile iron and featuring a spherical cap and fluted shaft, the model R-7539 perfectly coincides with early 20th century architectural motifs. It stands 3 feet tall and features a hollow shaft that allows it to be installed alone or over security pipe bollards. With the assortment of standard mounting options offered by Reliance Foundry, this versatile architectural highlight can be used in a wide variety of applications, including the security pipe bollard ornamentation for which it was used at Fenway Park.