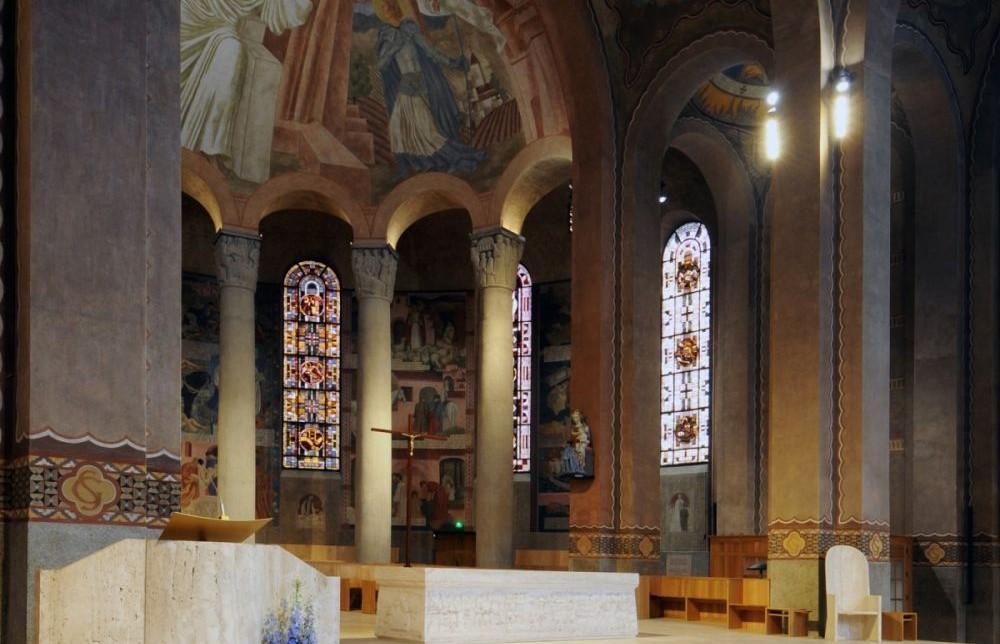 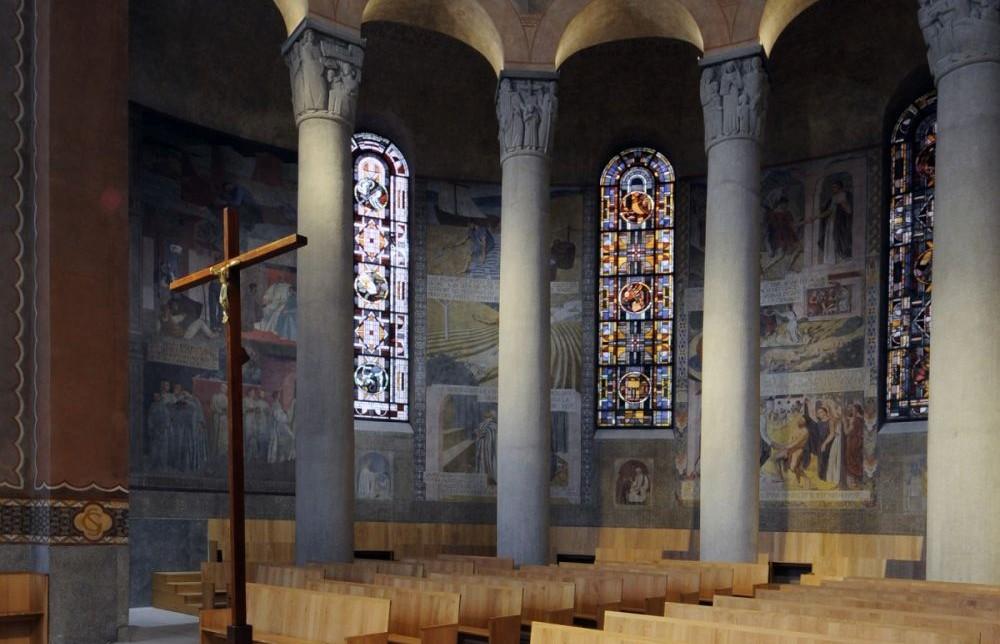 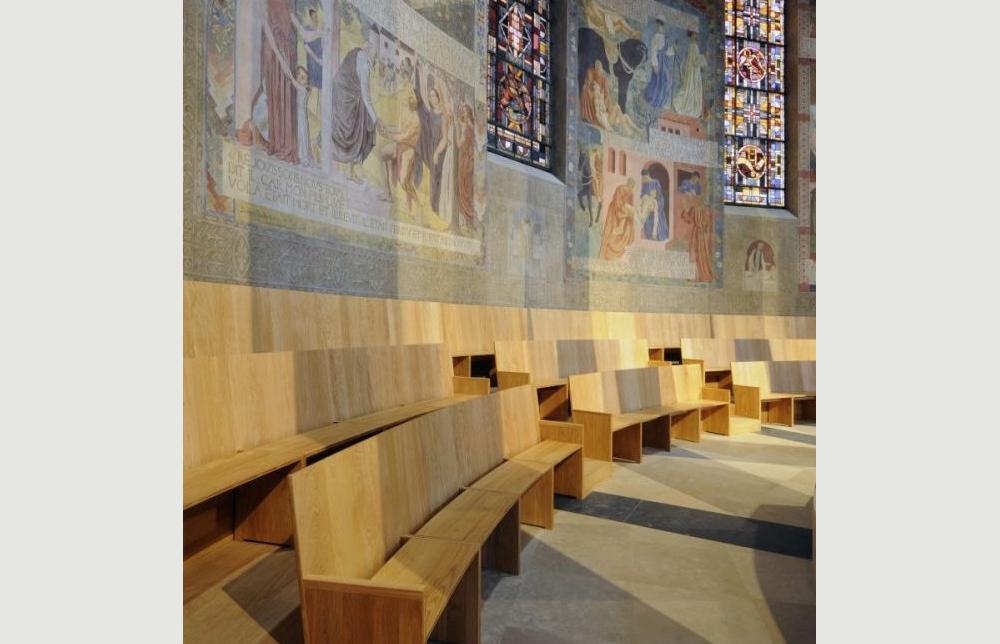 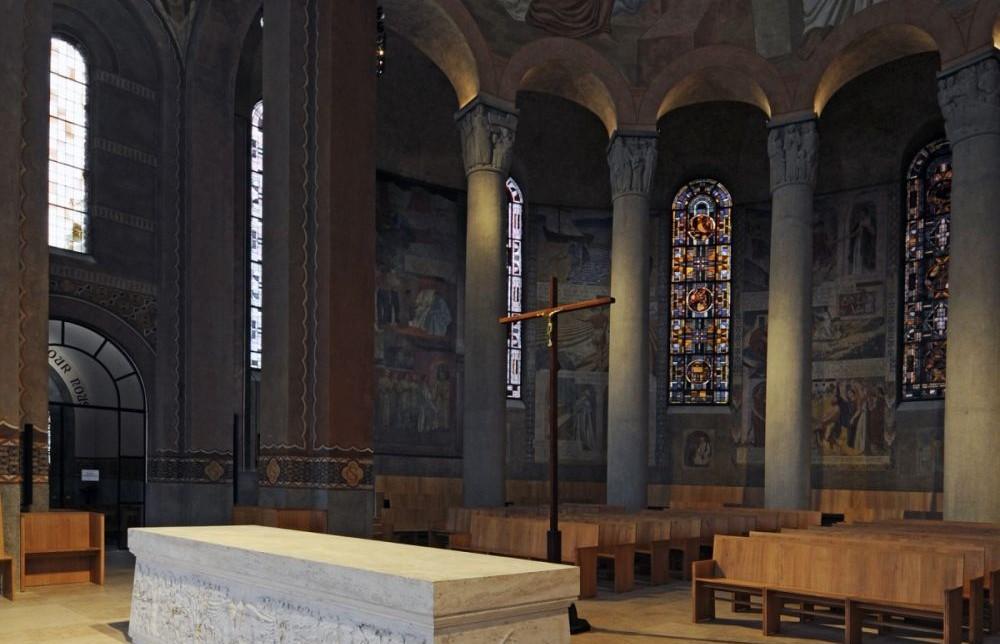 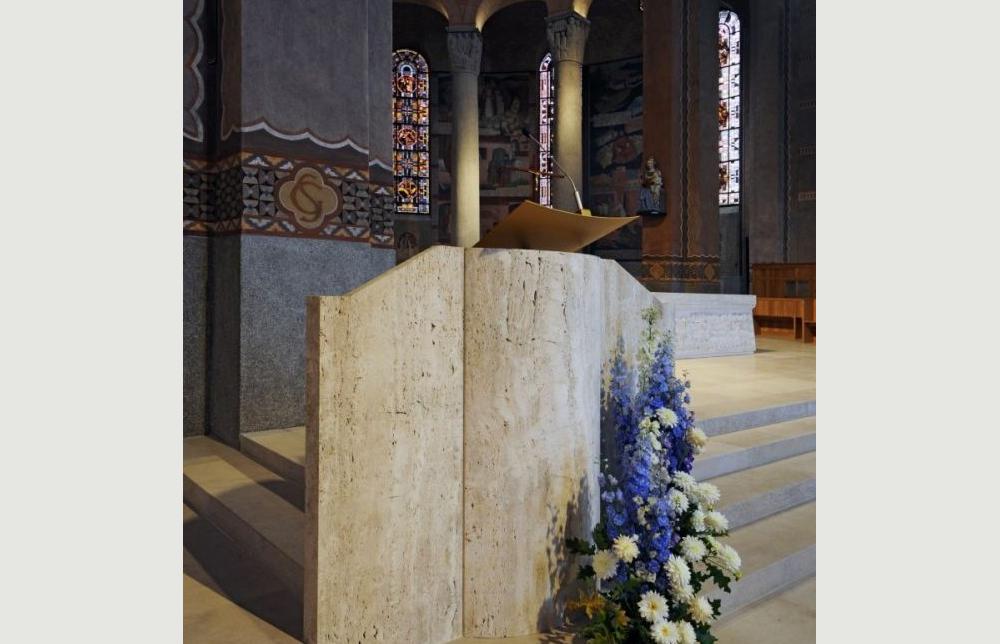 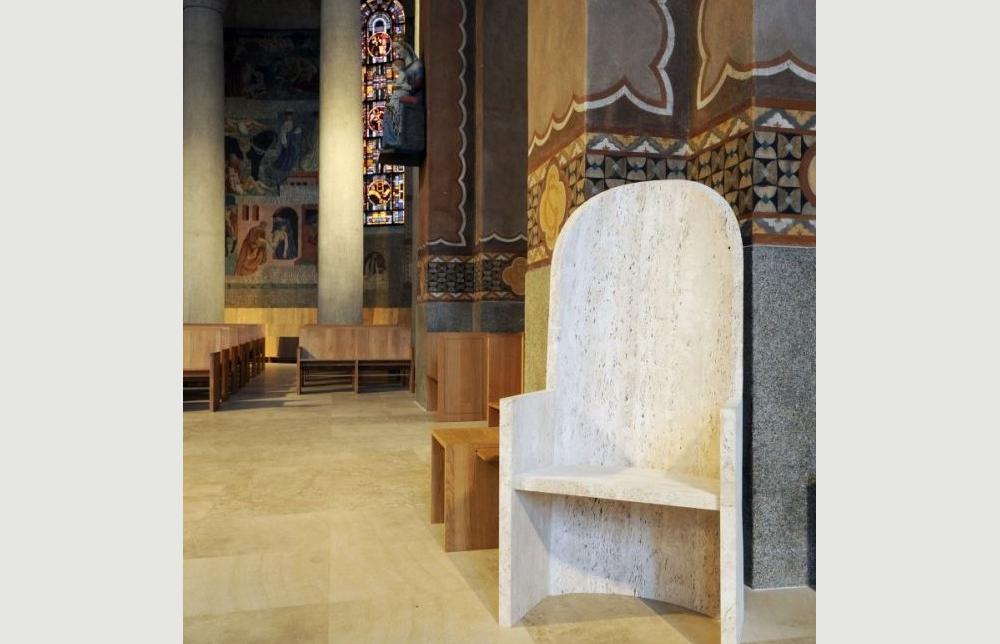 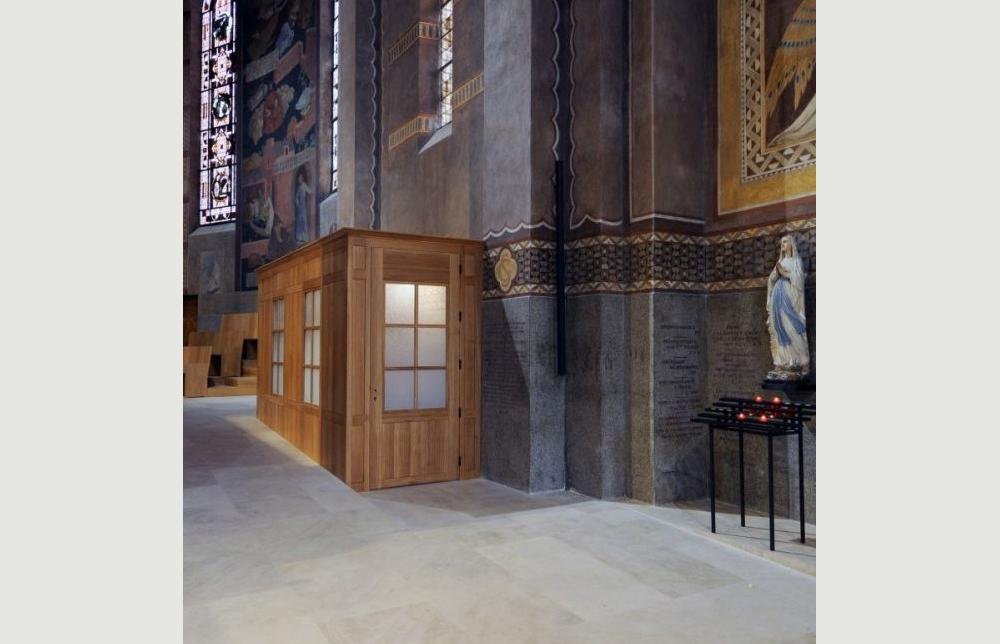 Located at the heart of the old village of Nanterre, Sainte Genevieve church was given cathedral status when the Diocese of Nanterre was founded in 1966. The building runs along the length of Rue de l’Eglise, has an east-facing choir and has been knocked down and rebuilt several times on the same site. The 14th century tower has heritage status and has been conserved. The choir, transept, nave and main façade were rebuilt in the 20th century in a Byzantine Romanesque style with frescoes and stained glass windows. A monumental metal and glass door built in 1974 opens out onto the cathedral forecourt to the west. The entire cathedral was listed on the historic monuments register in September 2010.

Jean-Marie Duthilleul (architect and engineer) and Benoit Ferré (architect) led a comprehensive extension, heritage restoration and internal redevelopment project so that the church could truly assume its role as a cathedral that is the centre for diocesan liturgical life and meet the recommendations made by Vatican II.

This meant that the project included reorganisation of all the spaces, the installation of stained glass windows and the renovation of the cathedral’s frescos. Additionally, the chapel erected on the site of Saint Genevieve’s former house and the adjoining well from which she drew the water that cured her mother’s blindness, have been renovated.

The extension and redevelopment work done in the cathedral has unified the internal space. The work has given believers a place of worship that can accommodate large numbers at big celebrations, giving the cathedral a true spiritual, cultural and communicational dimension that is open to all.

Reorganisation of the areas of worship

The overall thrust of the new arrangement managed to be in harmony with the cathedral’s asymmetric design, making for a highly ordered layout around the altar, the very centre of liturgical life. The existing travertine altar was moved, setting the tone for the design of all the new cathedral furniture, also made from travertine and designed by Jean-Marie Duthilleul: the lectern (from the Latin lectus, the past participle of the Latin verb ‘to read’, the place from which the scriptures are read) located at the foot of the transept’s north-east pillar, the bishop’s throne, located next to the south-east pillar, and the baptistery, inspired by Orthodox baptisteries in which people go down a short flight of steps and then come back up once they have been baptised, thus symbolising death and resurrection, just as Christ died and rose again.

The rest of the cathedral furniture was also designed by the architects and is made from oak in the same tones as the floor and the frescos, giving the light in the cathedral a warm blonde hue.

The Saint Genevieve chapel, which boasts frescos depicting the saint, was redeveloped in order to house her reliquary.

Integration of the project into the surrounding environment

Emerging from the almost village like area in the historic centre of Nanterre and an integral part of the dwellings that make up the town’s historic centre, Nanterre Cathedral and its forecourt are a strong urban setting, characterised by the monumental compactness of the building itself and its singular character, despite the additions made by the successive constructions. The architectural features on the cathedral’s facades and the building’s volumes were used as the central theme in order to ensure that the project provided continuity: materials, chromatic palette, window styles and the vertical and horizontal design were incorporated into the new additions required for cathedral life.