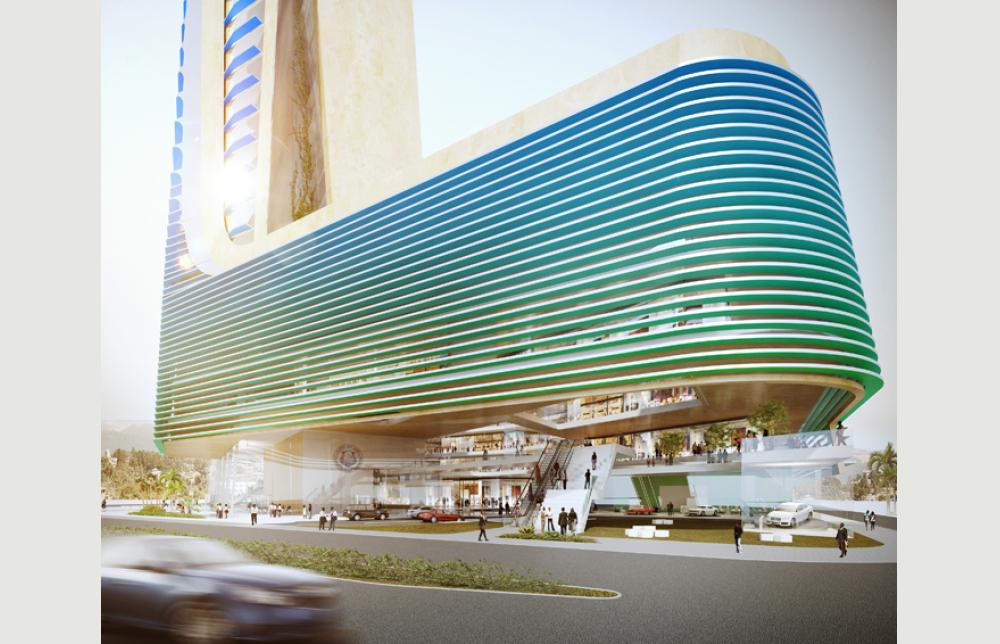 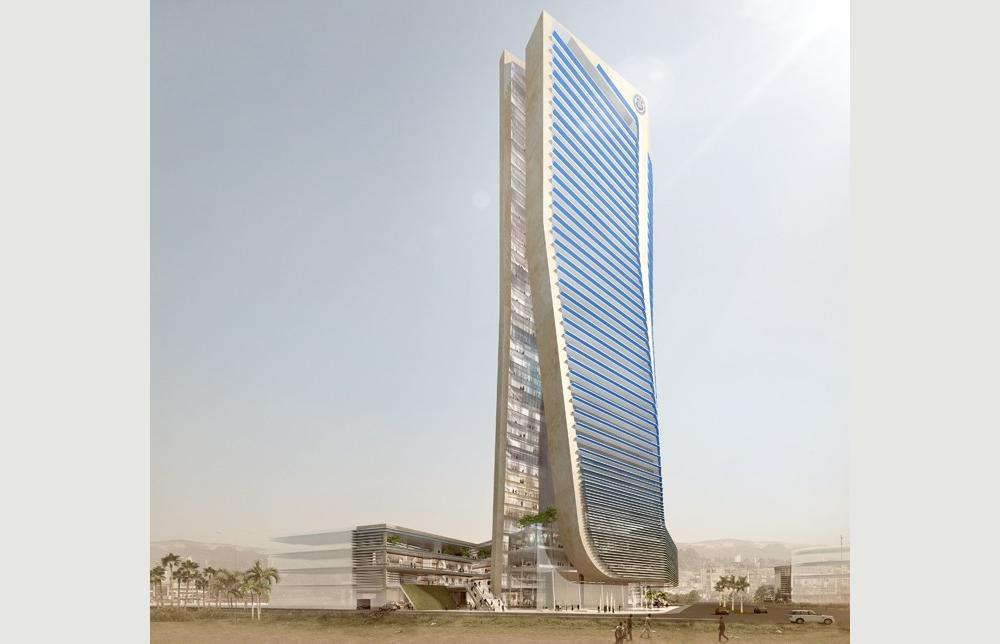 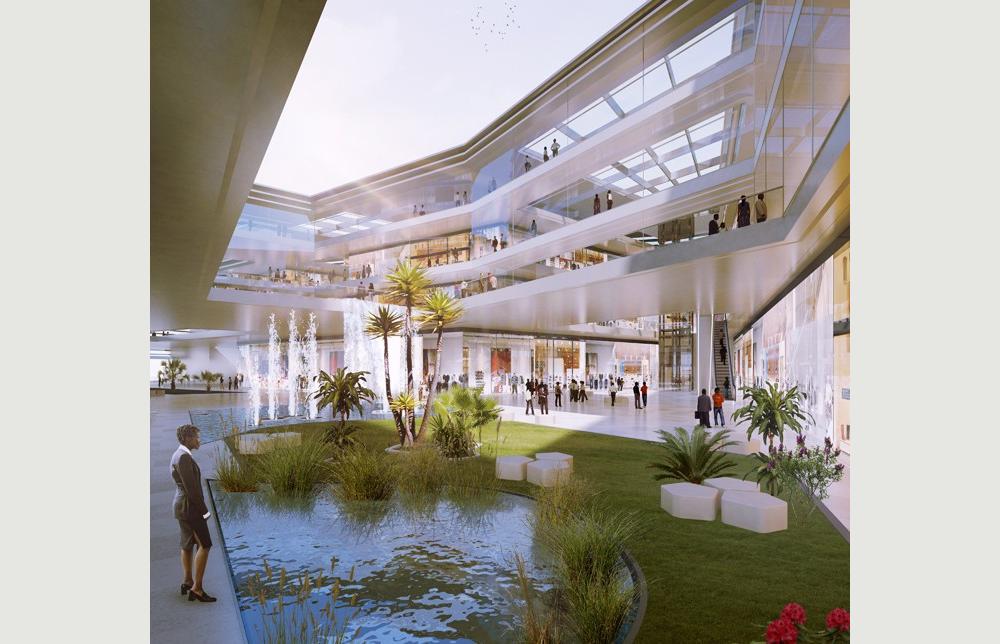 The competition entry with our local partners in Addis Ababa, BET architects, was rewarded with formal approval.

Conceptually speaking – with structural metaphoric relationship – the Insurance Company embracing life and property of its customers is depicted as embracing nature by placing the tower and the podium in a natural landscape.

The greened zones surrounding the building, flowing into and through the design, are inspired by the typical picturesque Ethiopian landscape. Like the multifarious vegetation on the countryside there are loads of different areas to be found in the garden. Kurtume River, which is running through the EIC building area, is also handled in harmony with the design concept. The lake in the huge yard, literally floating into the building complex, is not only a part of the outside- but also of the inside design.

The conjunction between the natural landscape and the modern, high-standard building is yet another sign of how those two things are able to work together.

The main recognition mark of the whole building complex is the Office Tower. It is made of two parts leaning on each other, becoming one unit at the end. It shows the connection between the EIC and its customers, depending and relying on each other.

The tower is standing totally free, coming directly from the ground and reaching high up in the sky. That way the already massive tower increases its power.

On the spacious plinth area of the tower a shopping and urban entertainment mall are located.

The free space between the two parts of the tower is filled with green zones, terraces, bridges and loads of planted areas. It’s another symbolic gesture of security, an image of a safe space provided from the Insurance Company for their customers.

Instead of an antenna on top of the building the facades run together, forming a huge spire. Up there is a huge screen which is able to show moving pictures to be seen all over Addis Ababa.

The EIC headquarter is located right on top of the tower, just where the two parts meet – on the most powerful spot in the whole design.

Besides the tower the design proposal also includes a modern shopping mall, an urban entertainment centre, an auditorium with several breakaway rooms and a multi purpose hall, which is included in the design but is able to function totally on its own.
A permanent external sun protection in included in the outside façade. This way the design helps to reduce the usage of air conditioning systems and ads to the buildings sustainability.