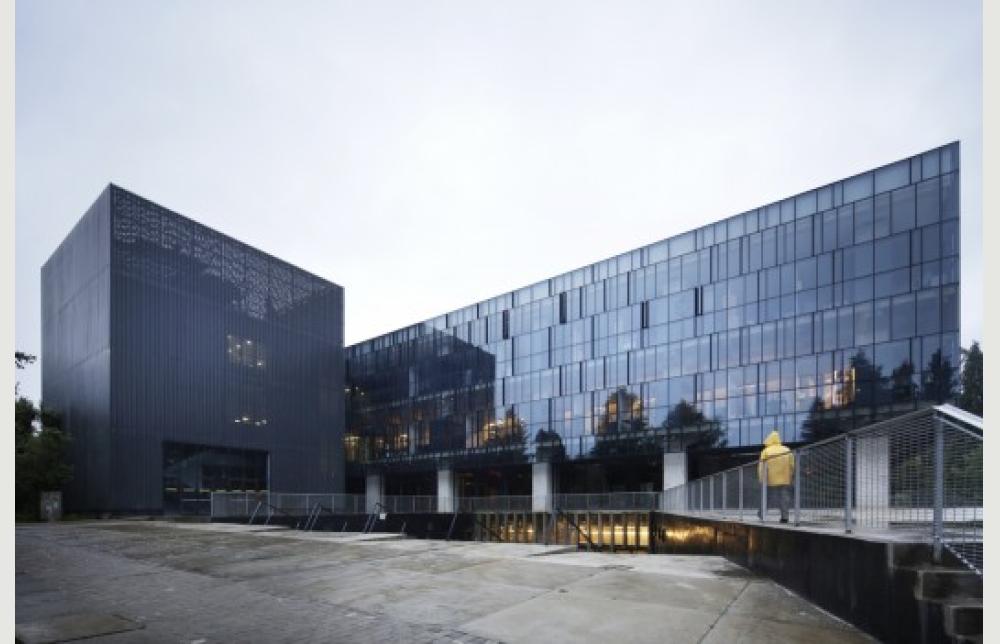 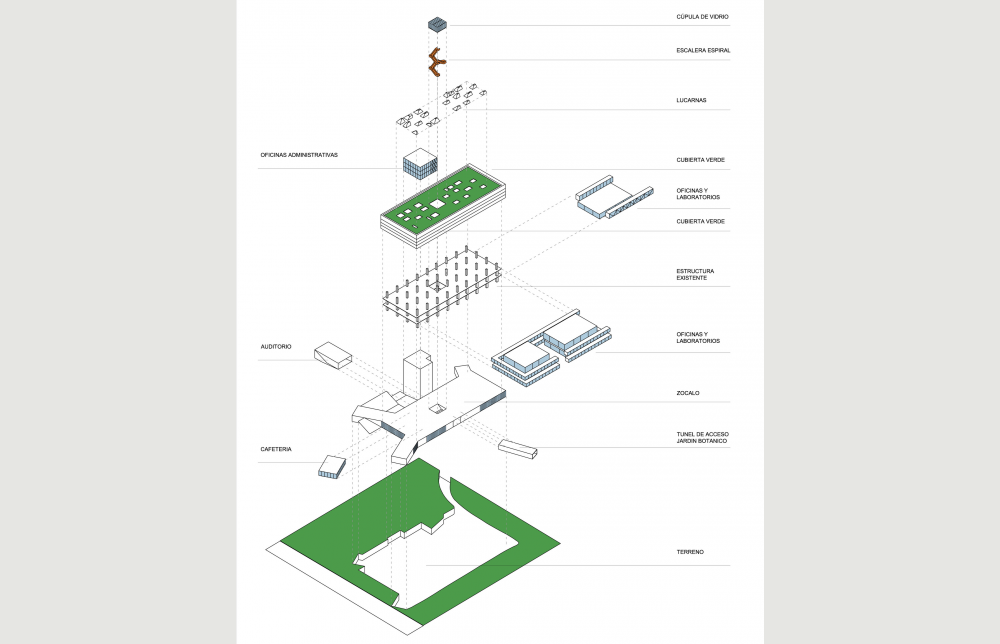 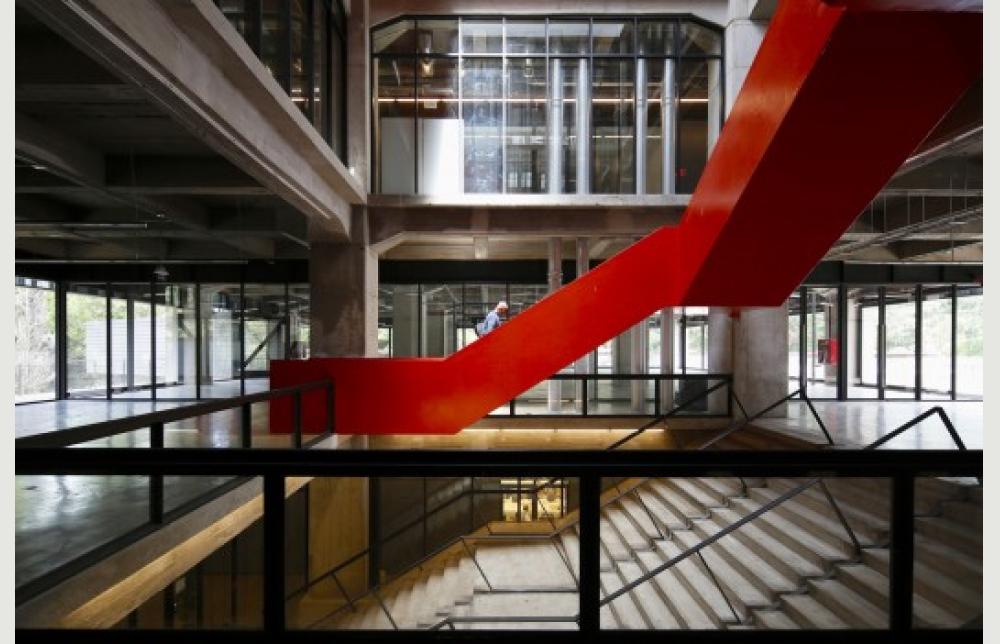 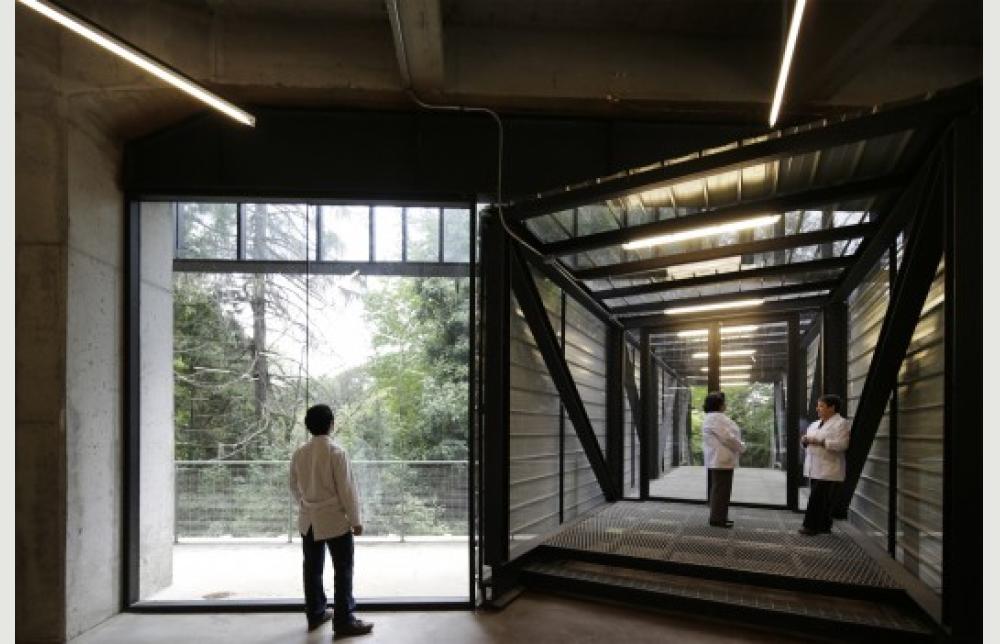 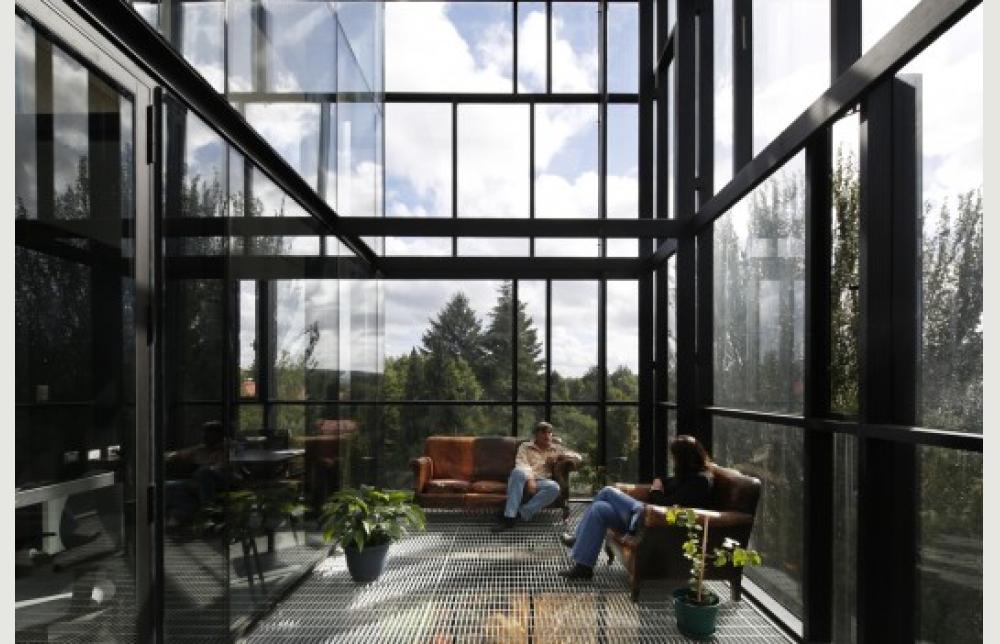 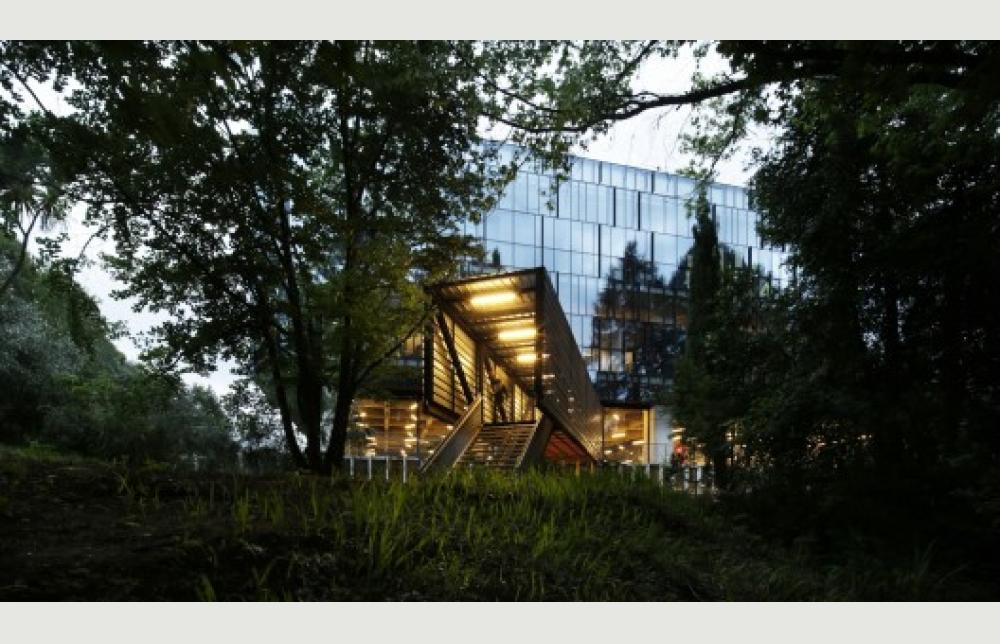 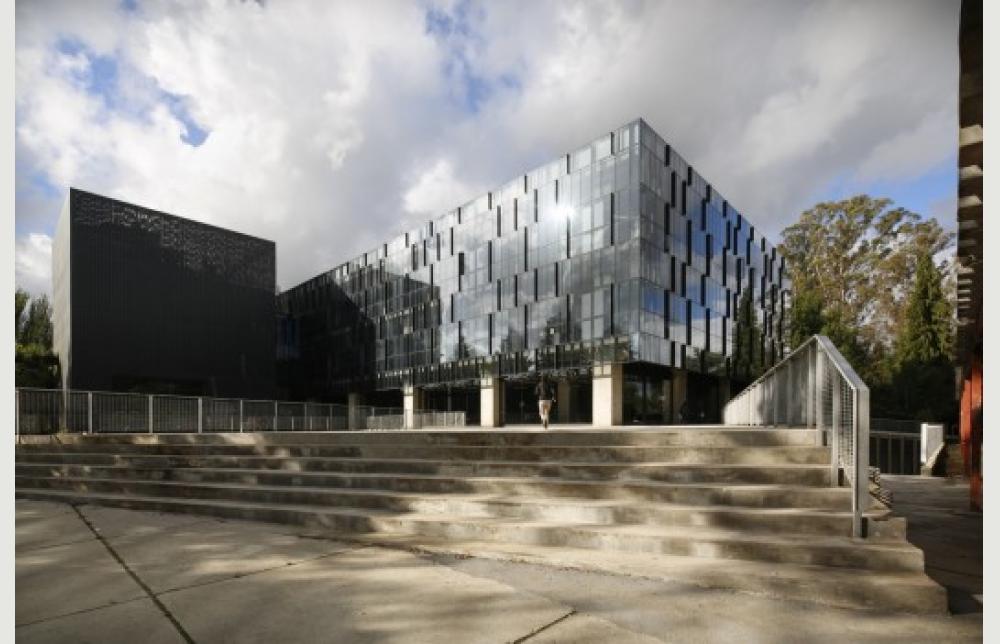 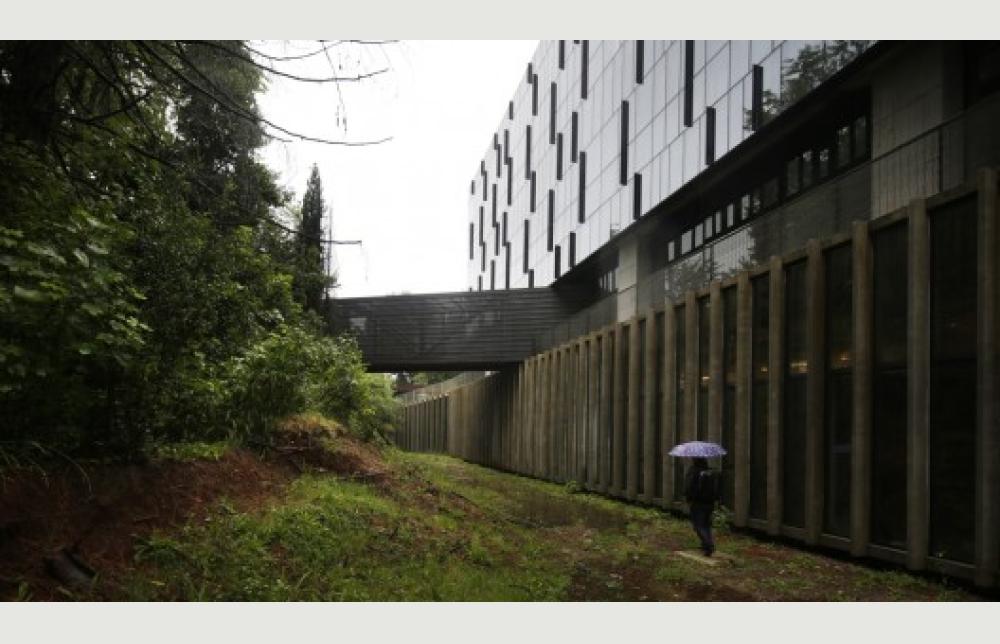 In December 2007 Valdivia’s Austral University was struck by tragedy. A fire that burned relentlessly for three days destroyed one of its most important buildings: the Science Faculty. A sooty, reinforced concrete skeleton was left as sole remainder of the disaster.

Along with the building, the fire consumed years of research, thesis work in progress, and zoological collections of tremendous value.

Two years later, the University launched a national architectural competition to recuperate the building while preserving the residual structure. Both cost efficient and sustainable, this strategy diminishes the carbon footprint that demolishing the building would produce.

The winning entry leaves this structure exposed, and by way of its unusual height (4.5 meters) and a glazed envelope, opens the hermetic former building towards the magnificent botanical garden that sits next door. In a sense, making inhabitable the barren but transparent image left by the fire.

The program is divided mostly between research labs and offices. The layout places the latter on the perimeter of the plan, with views of the surroundings and natural light. Research labs, because of their introspective nature and the need for controlled lighting systems, sit at the core of the floorplan. All new spaces are built as autonomous containers, never reaching the full height of the original building. This allows the space to be perceived as a continous whole colonized by these volumes and frees the ceiling for HVAC ducts and a utilities network.

The building is conceived in three conceptual levels: The lower one, a full floor below the street level, has a hybrid skin of prefab concrete shaders and glass windows, giving it a solid podium-like appeareance.

The top two floors of the building are clad with a glass curtain wall that covers their full height, like a glass box, in contrast with the bottom level. The facade reflects the surroundings during the day, and lights up like a lamp at night.

The mid-level or “mezzanine” is the heart of the project. Its appearance is the absence of the building, achieved by leaving half of the floor´s space a covered public plaza. Conceived as a social hub, it connects inside to outside through three long-reaching arms or bridges, and lower to upper levels through two sculptural staircases (one of concrete and one of steel) that pierce every floor.

Finally, the old tower structure adjacent to the main building is restored to provide restrooms, storage and machinery spaces.