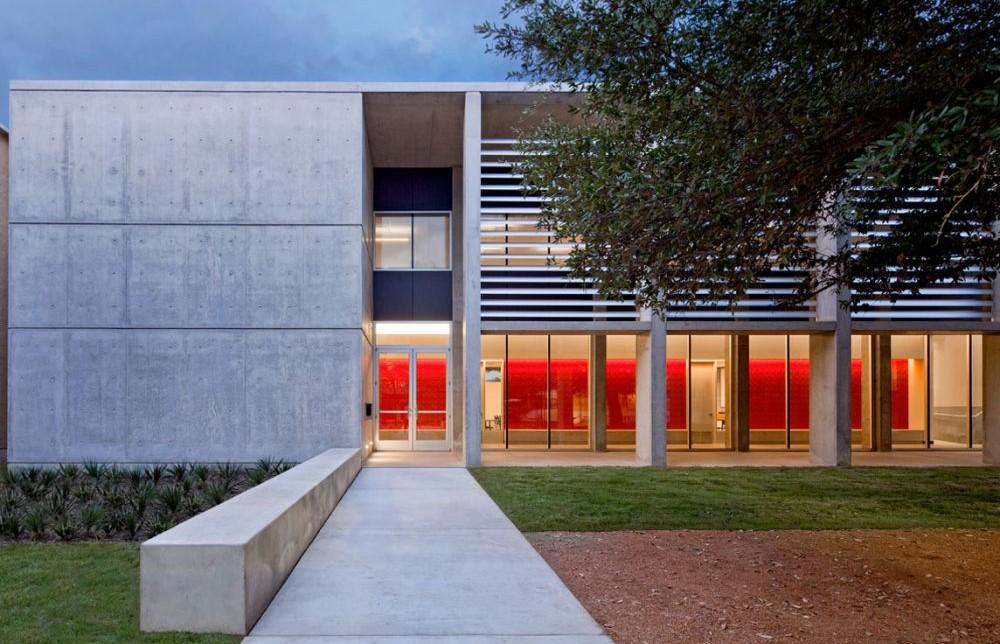 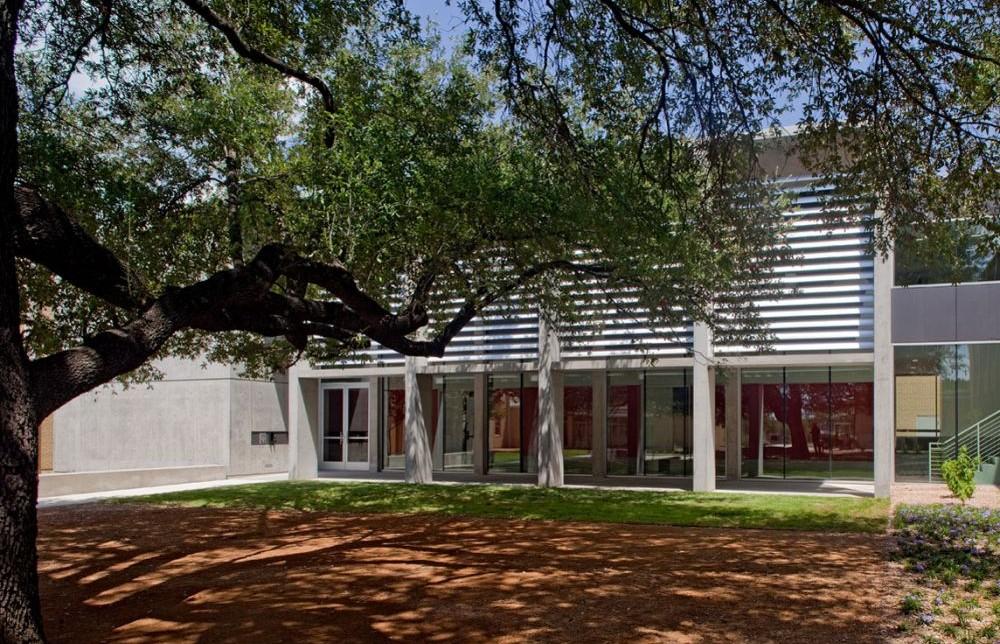 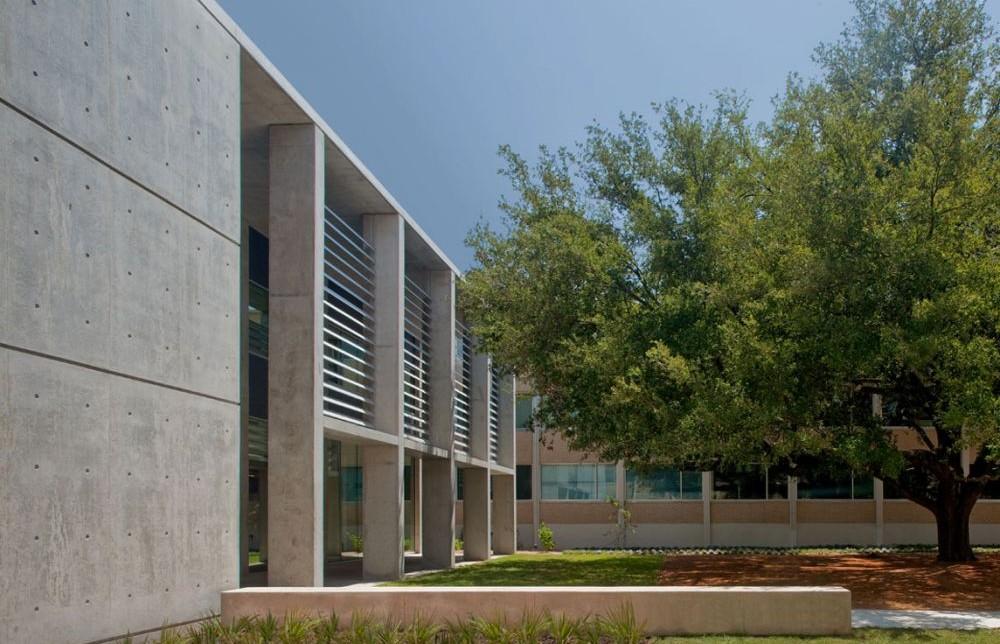 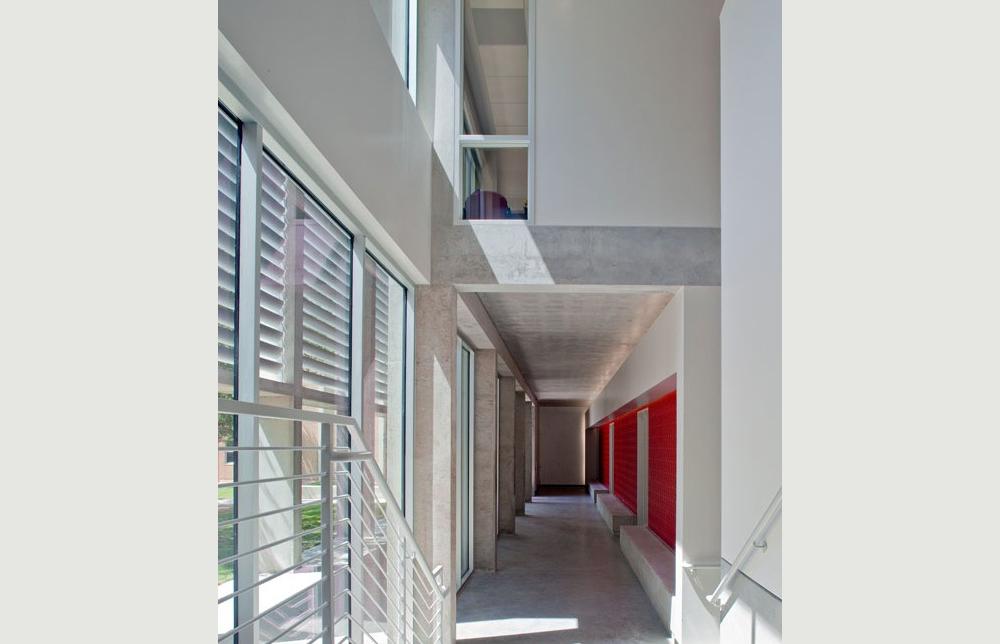 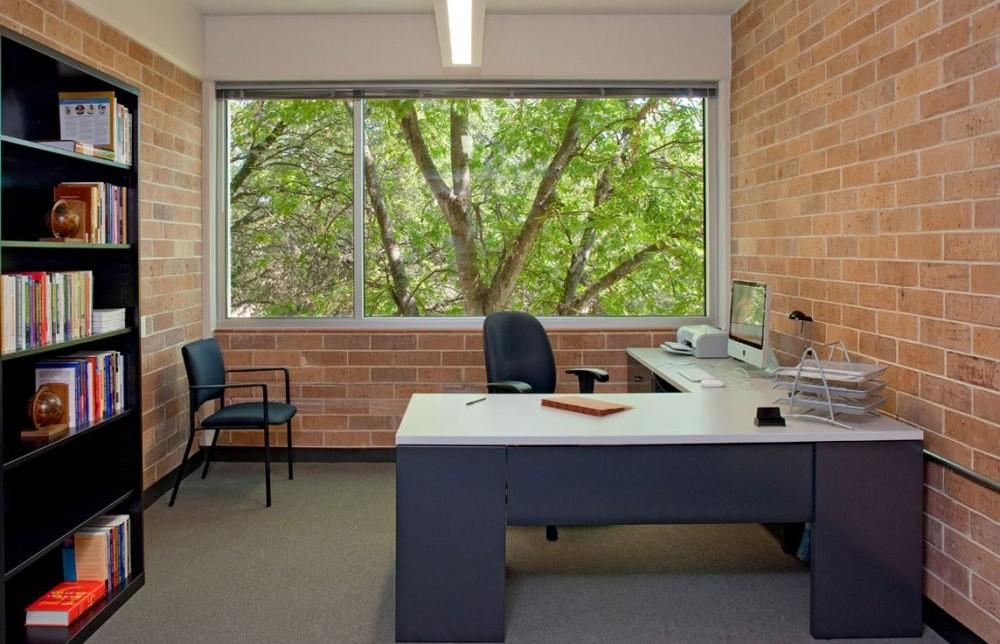 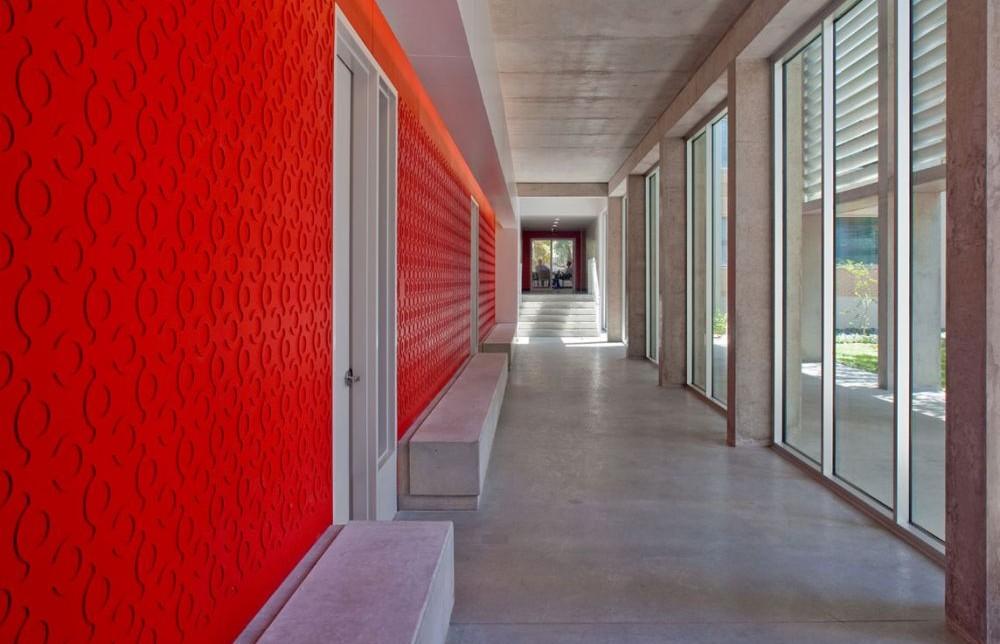 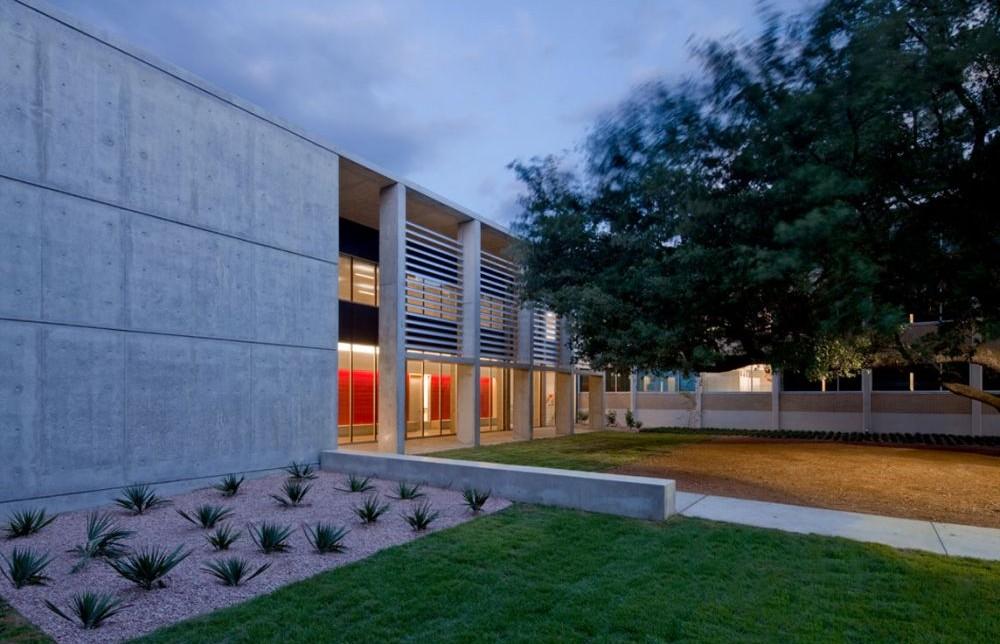 St. Edwards University invited Specht Harpman to renovate an existing 1950s-era building on the Universitys main campus in South Austin. During the Programming phase, the University realized that they needed more space than the existing building offered. Rather than simply creating a larger building, Specht Harpman took the opportunity to design an addition that bridged between two existing buildings to create an active, lively, tree-shaded courtyard out of an underused adjacent field. The Doyle Hall building, which has been designed to house research and laboratory spaces, classrooms, faculty offices, and a caf, is now linked to the larger campus by a new outdoor room that features seating, tables, and other amenities to promote student and faculty interaction and a sense of community.

The new addition is respectful of the existing adjacent structures, following the pattern of its slender concrete columns and large windows, while introducing new elements. The new active aluminum louver sunshade system lowers energy costs, increases comfort within the west-facing portion of the building, and creates a broad sitting porch adjacent to the courtyard. New surface materials are also deployed to create a varied yet complementary grouping of buildings. Textured concrete panels and a glass curtain wall mesh the existing and the new, and make the entire complex flow into a single, strong composition.

When we were in very preliminary discussions about the design of the Doyle / Premont area, the idea was floated that it might just be easier to demolish Doyle and construct a completely new building. We felt it was important to save Doyle, however, not only because it is a well-constructed building, but because it is a part of the history of the development of St. Edwards campus. Although deemed unlovely and utilitarian by some, it is a prime example of the mid-century modern style that had taken root in a number of other campus buildings. Our guiding principle was to honor this era, and maintain the character of those structures, while not being slavishly preservationist and allowing the new upgrades and alterations to be evident and reflective of the advanced technologies, and new uses taking place within.

The original Doyle Hall had very low ceilings, and no provisions for modern mechanical, electrical, and data equipment. It was an extraordinary challenge to figure out ways to route ductwork, cabling, and all the other items necessary for a 21st-century classroom and office building, while maintaining the character of the original structure. By using new and unconventional mechanical systems, exposing some of the formerly-hidden structural elements of the building such as the ribbed-concrete ceiling slab in the main hallway, and by careful modulation of natural and artificial lighting with unique materials, such as custom extruded-aluminum solar shades, we were able to achieve these often conflicting goals.

In order to meet the universitys needs well into the future, the interior finishes, windows, and all mechanical, electrical, data, and plumbing items were completely removed and replaced with updated items. With new insulated windows, high-efficiency air-conditioning units, and other upgrades, the building is far more energy-efficient and “green” than it was, and new data cabling, routers, and wireless access points bring the building up to the latest campus standards for connectivity and expandability.

The project was completed on-time, and under budget, and reviews from the occupants, maintenance staff, and university administrators have been uniformly positive. St. Edwards has conducted numerous tours of the building, and hailed it as a new model for adaptive re-use of campus buildings. Doyle Hall recently received an AIA Honor Award, and was featured in a recent issue of Metropolis Magazine.