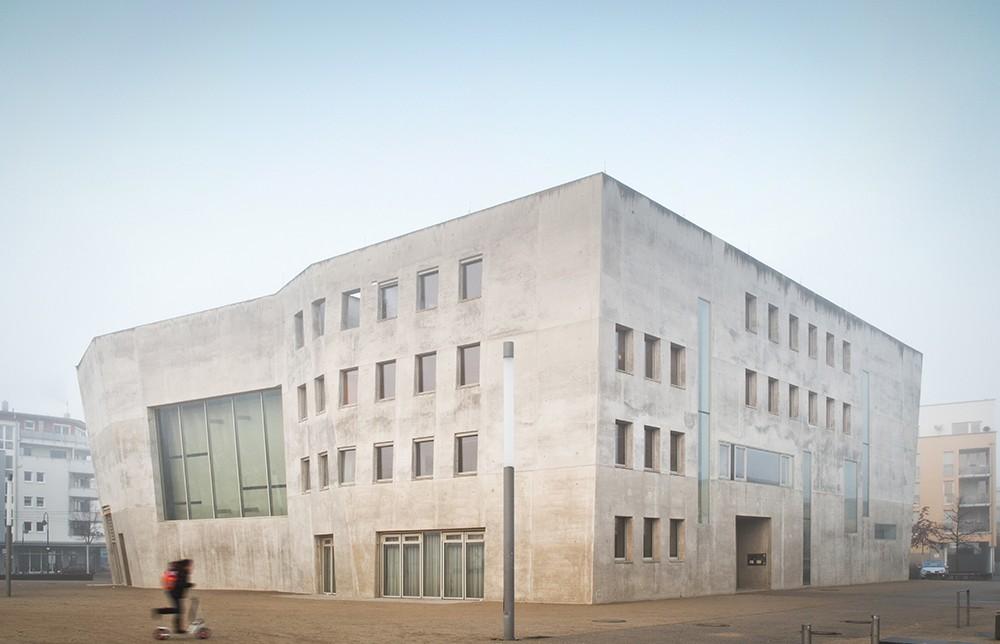 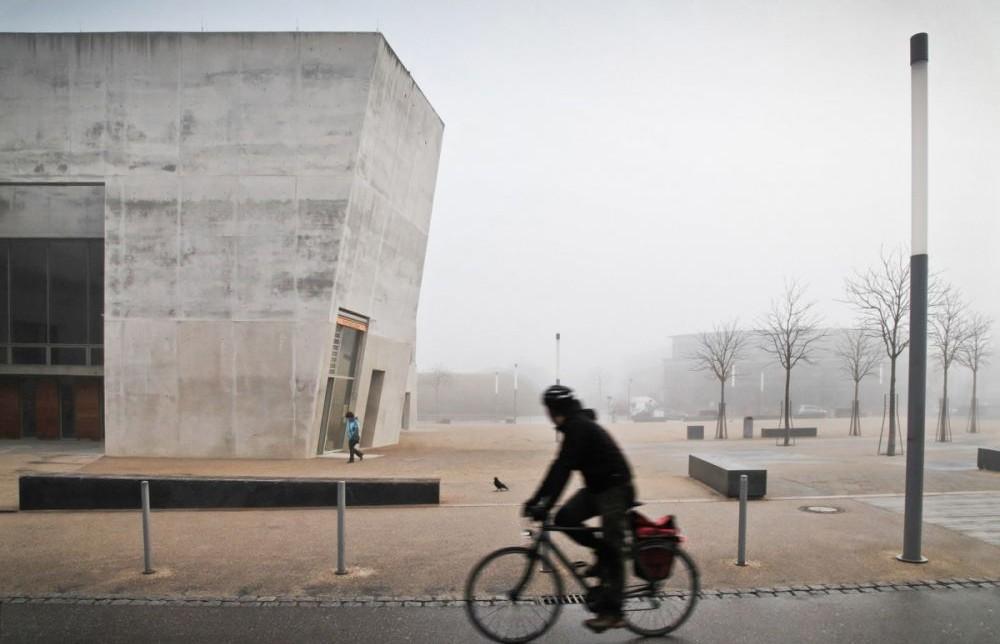 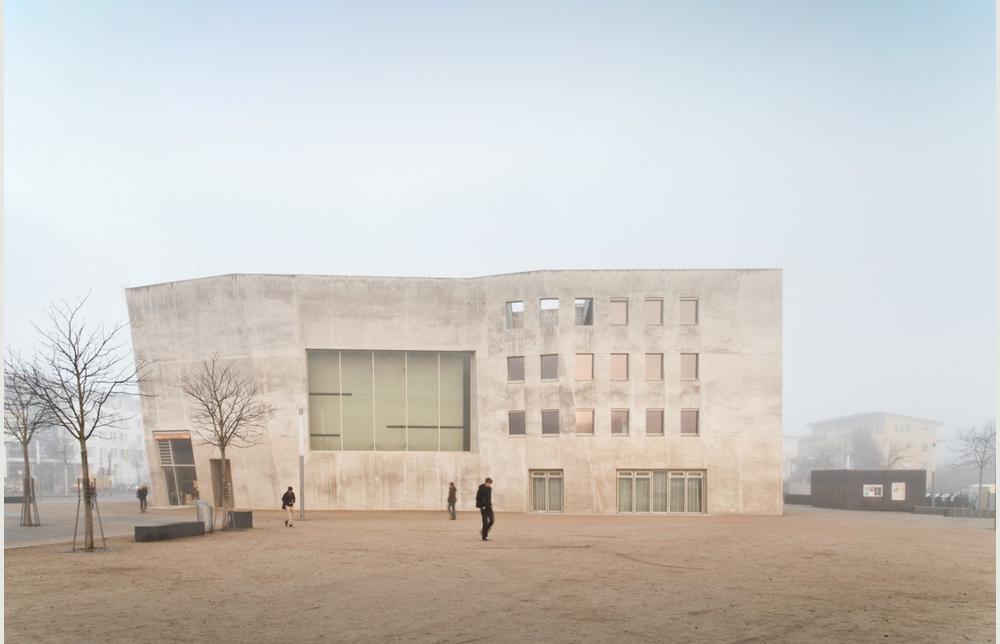 A pretty unique church has been build at the heart of the new city district Rieselfeld. Two churches, protestant and catholic, are united in one building and can be combined into one single ecumenical church.
As in traditional church design the double church has three naves. The two side naves accommodate the church rooms. Here, the catholic part of the church stretches over the full length, whilst the smaller protestant church area has its centre at the opposite end. The middle nave accommo-dates the communal entrance hall, The ceiling-high walls facing the churches can be pushed to one side if required. Opened up, the large ecumenical room is brought into being. All external and internal walls, even the moveable partitions, have a fair faced concrete finish. An impressive timber beam ceiling stretches between the enormous walls and weaves the three naves of the church together under one roof.
Awards:
Deutscher Architekturpreis 2005, with recognition
Beispielhaftes Bauen Freiburg 1998 – 2006, with recognition
Photos: Yohan Zerdoun, Fribourg