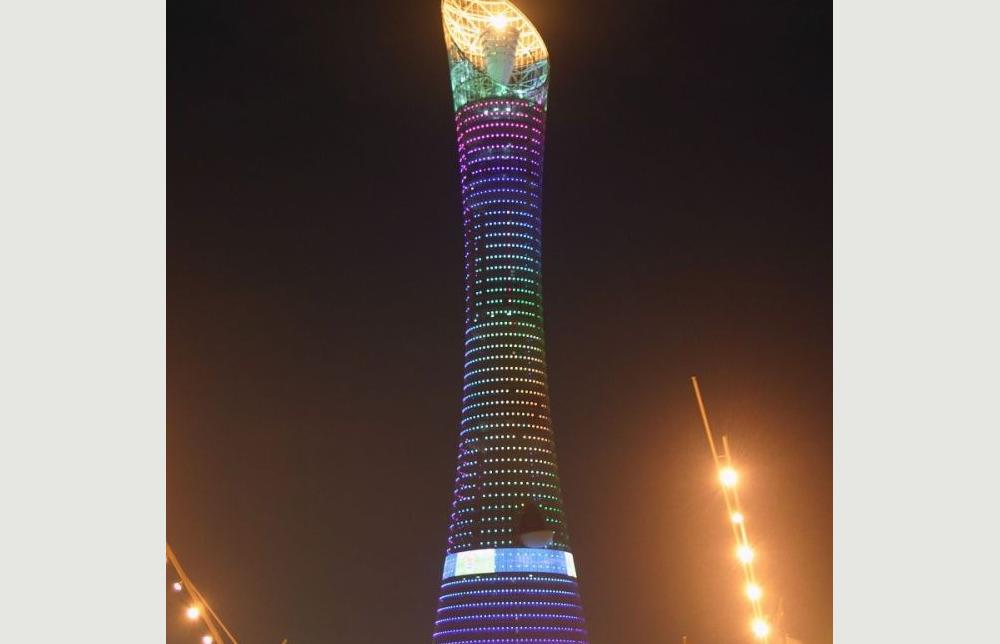 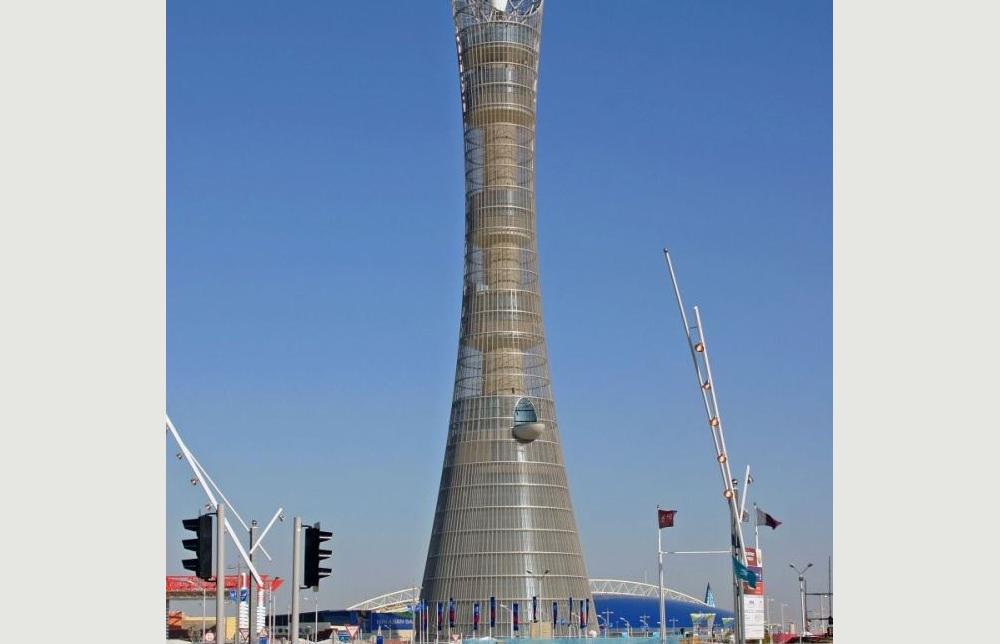 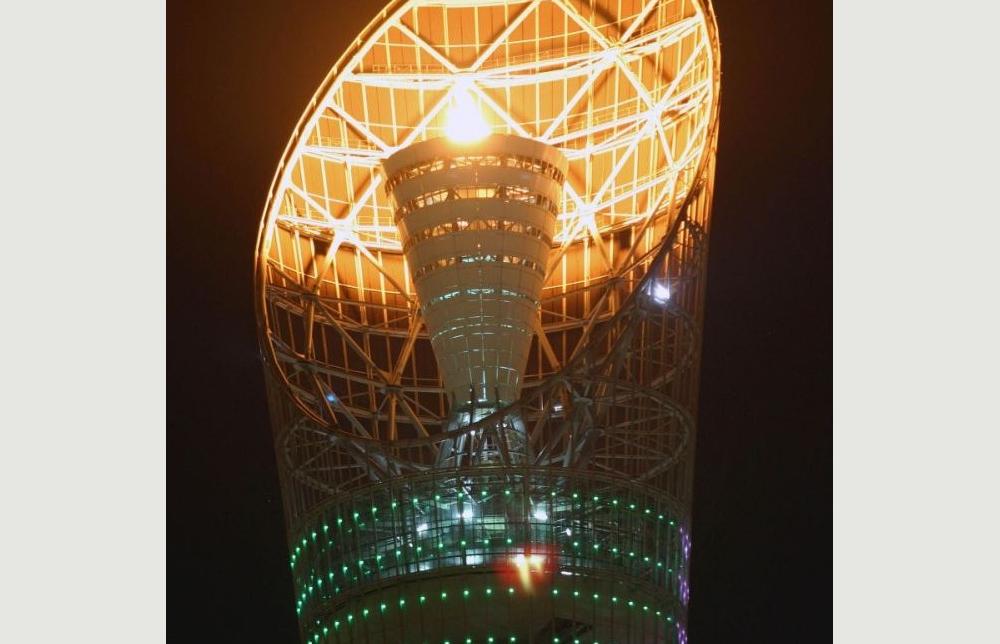 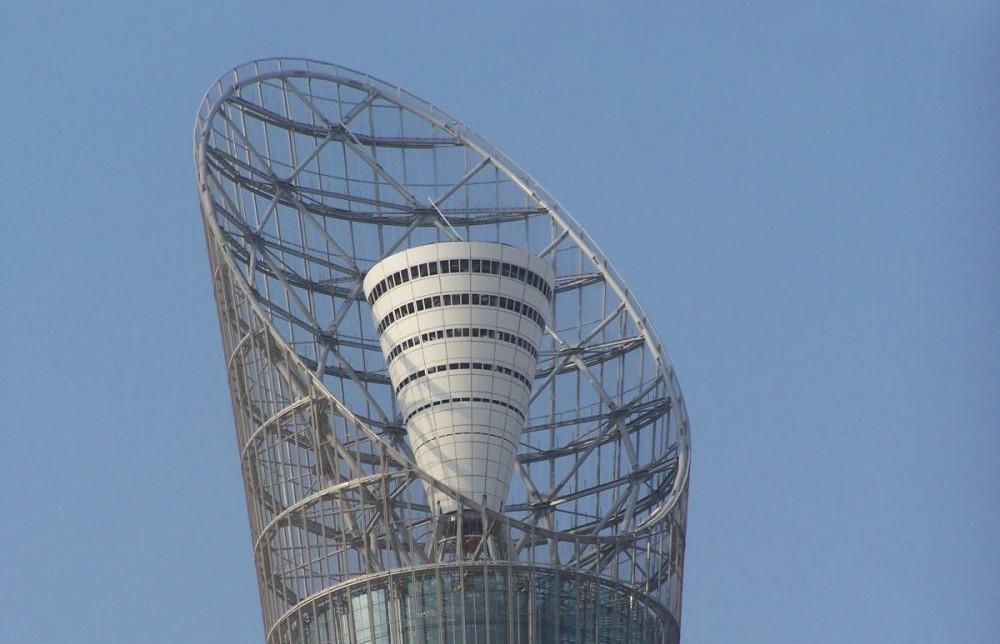 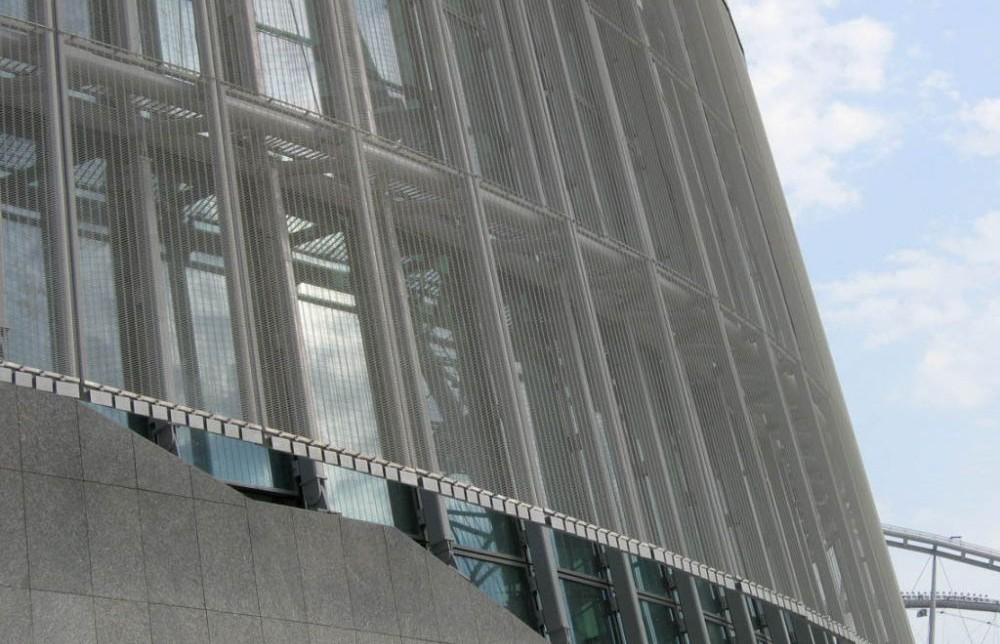 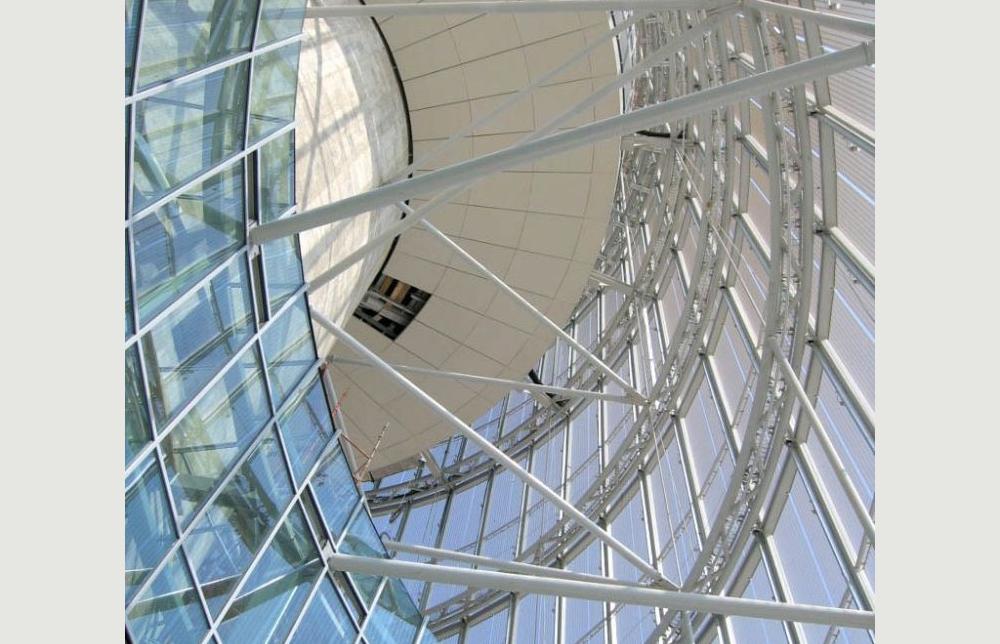 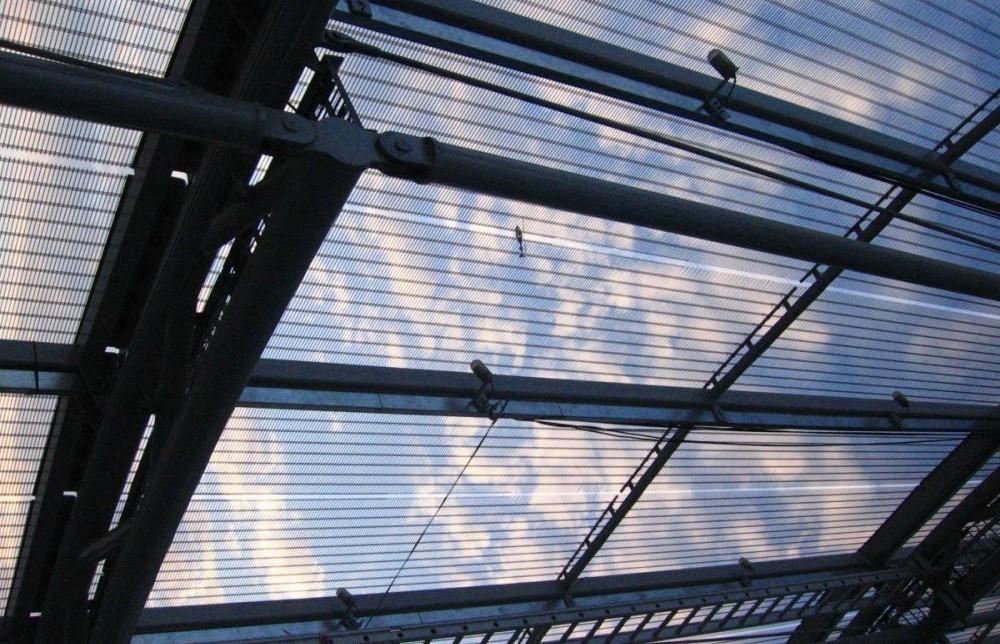 Located to the east of Doha, Qatar, the site of the 2006 Asian Games covers 130 hectares and includes the Khalifa stadium, a sports academy and hall, the women’s sports hall, the women’s club and an aqua centre, a fitness centre, an orthopaedic hospital, and a mosque.

Of all these buildings, the Sports City Tower stands as the emblem of the entire Olympic centre.

Rising to a height of 300 metres, the tower is the highest building in the city and can be seen for many miles around. The design of the tower, with its elegant parabolic lines, looks like a torch. At its summit, visible from all over the city, the Olympic flame will burn throughout the games.

The concept of the tower is based on a very clear organisation of its component parts. The superstructure of the central concrete core supports several cantilevered modules, namely a hotel, a presidential suite, the Sports Museum, the panoramic restaurant, and the viewing platform at the very top of the tower. The last accessible floor, located immediately beneath the cone containing the Olympic flame, is quite spectacular.  From it, one looks up to the large-scale structure of the screen surrounding the flame, with breath-taking 360° views over the city, the sea and the desert.

The whole building is enveloped in a transparent metal mesh that filters the light and allows in-depth views through the tower. Facing the southern sun, the stainless steel mesh tightens on a crescent-shaped surface. And to cope with wind resistance, its porosity increases from the base to the summit of the tower.

The first component is the Lobby, which includes the hotel foyer on the ground floor, the second-floor function room and the third-floor restaurants. The hotel as a whole has seven floors of rooms (14 rooms per floor), a floor of suites, three floors of offices, a fitness centre with a swimming pool and its garden cantilevered out from the façade. The floors above these comprise the Sports Museum, the presidential suite, the restaurant, and the viewing platforms.