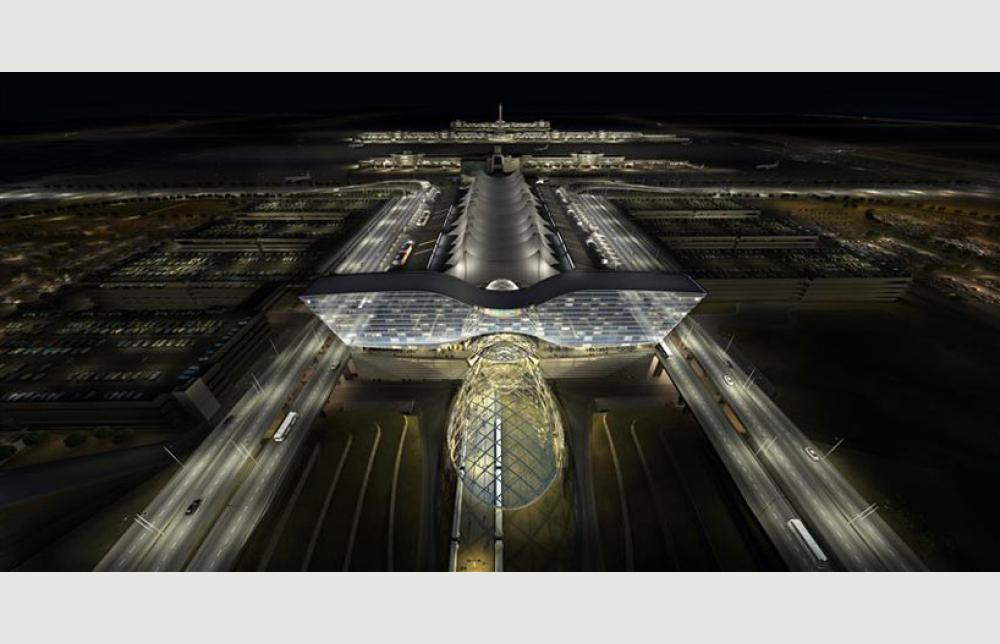 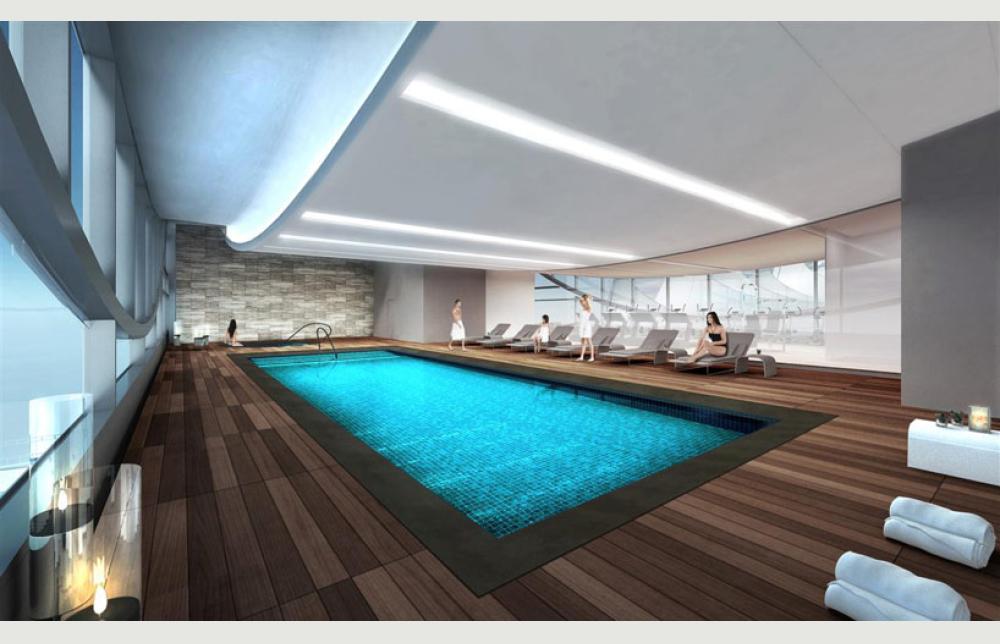 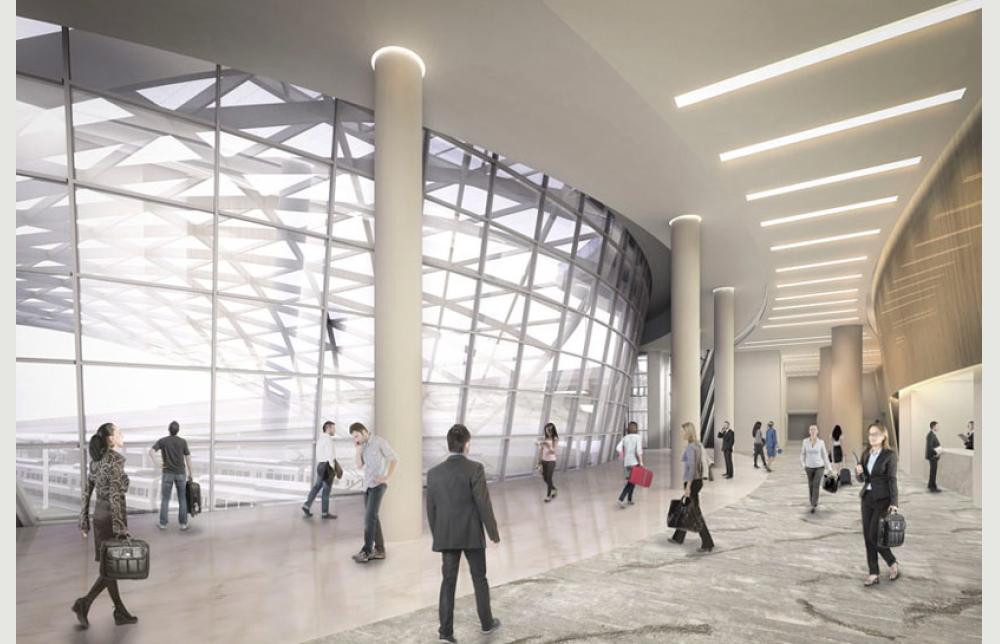 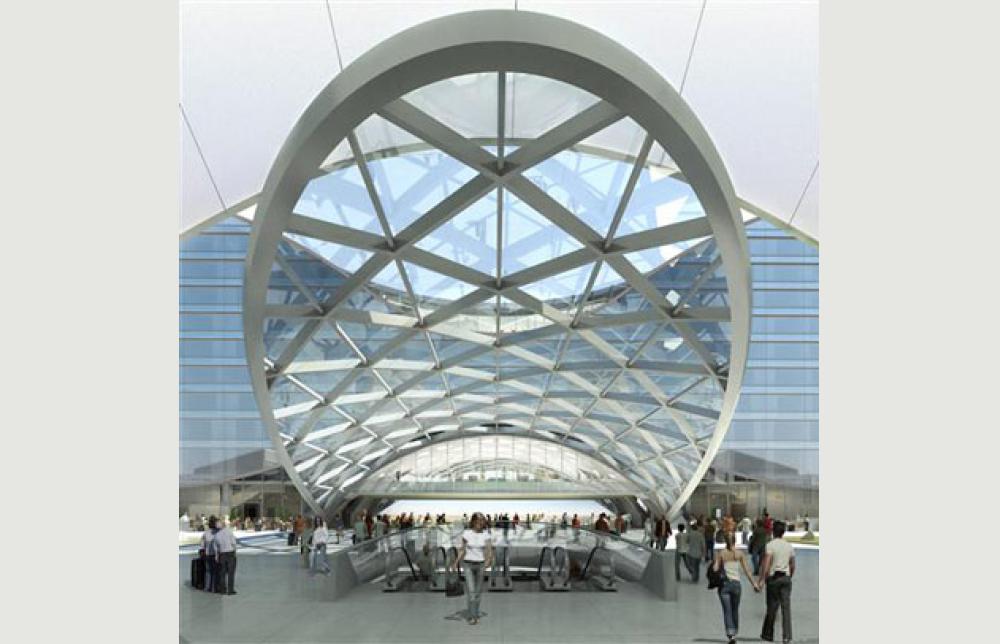 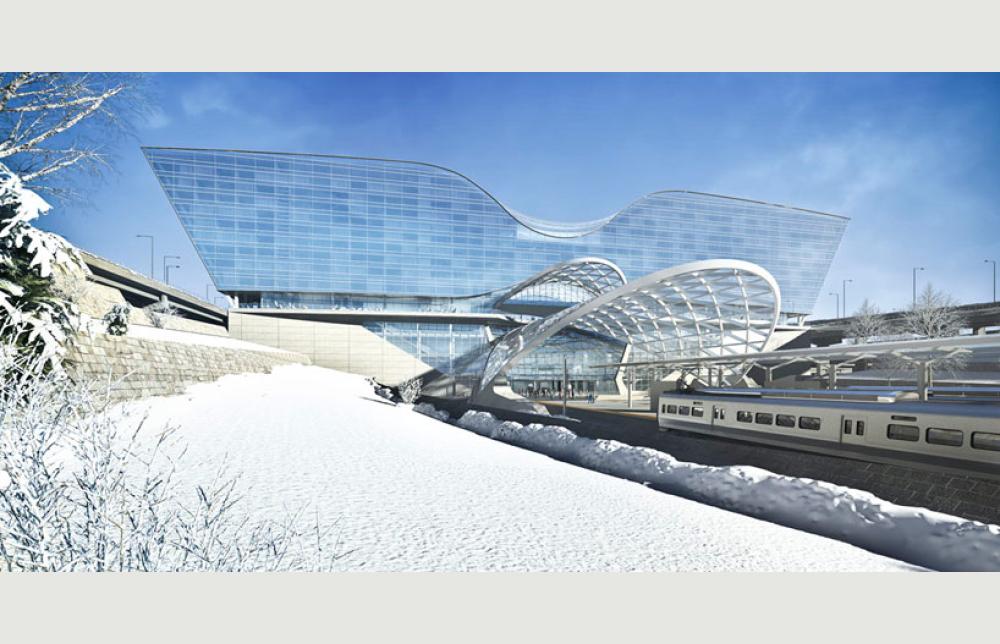 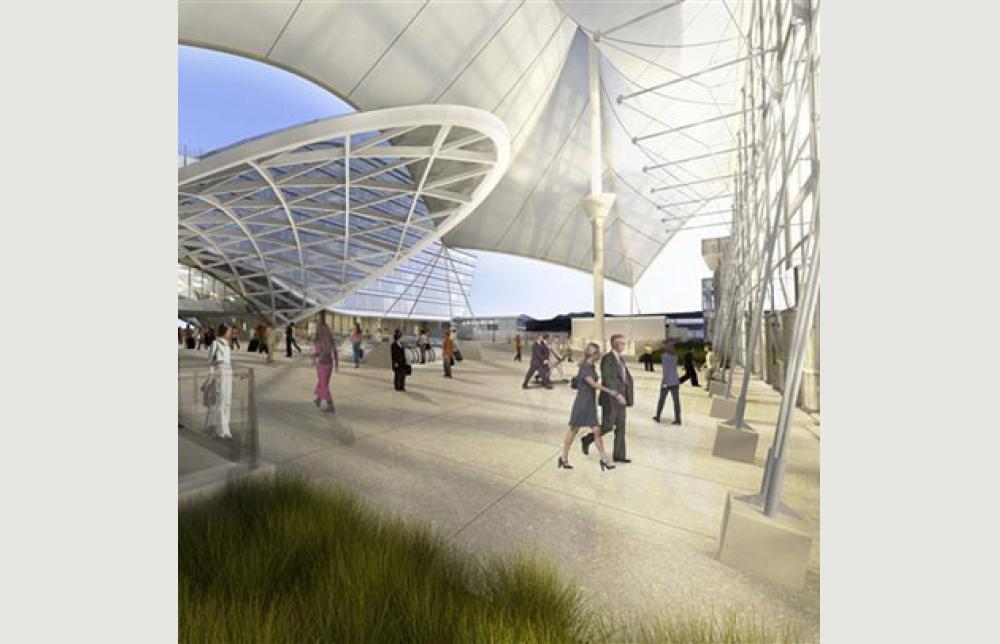 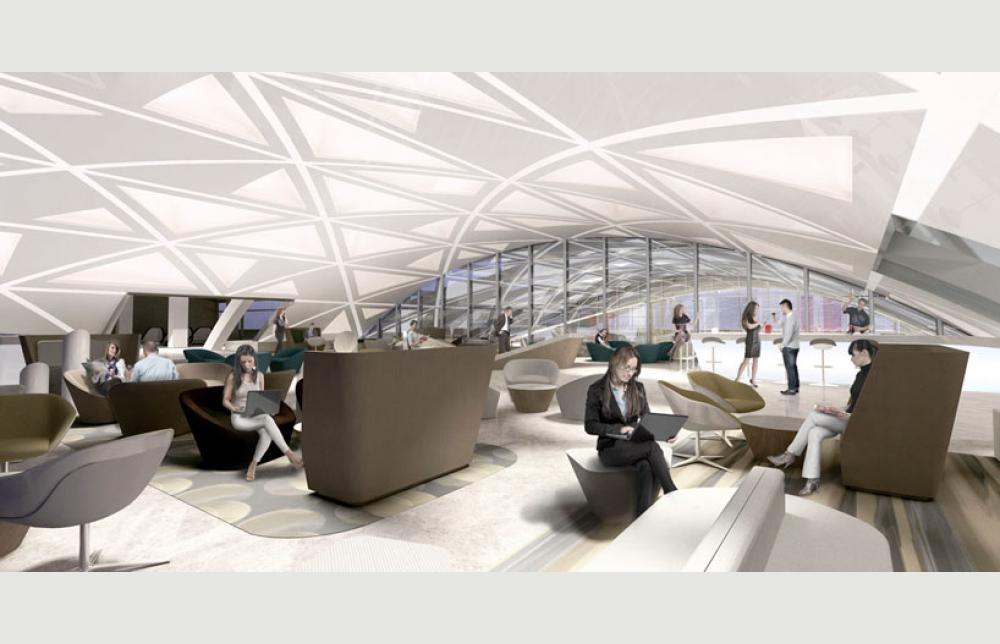 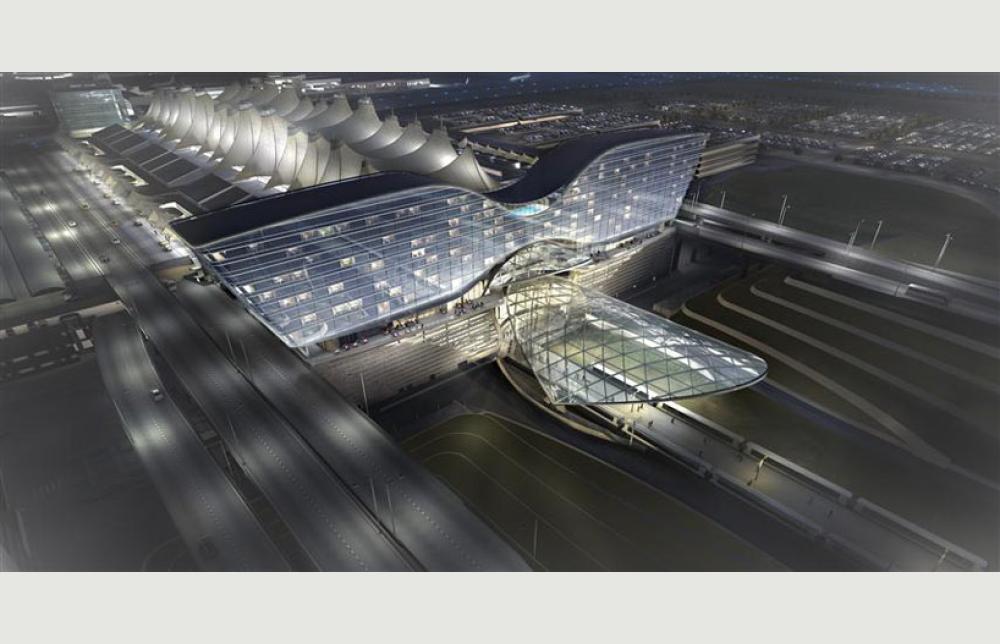 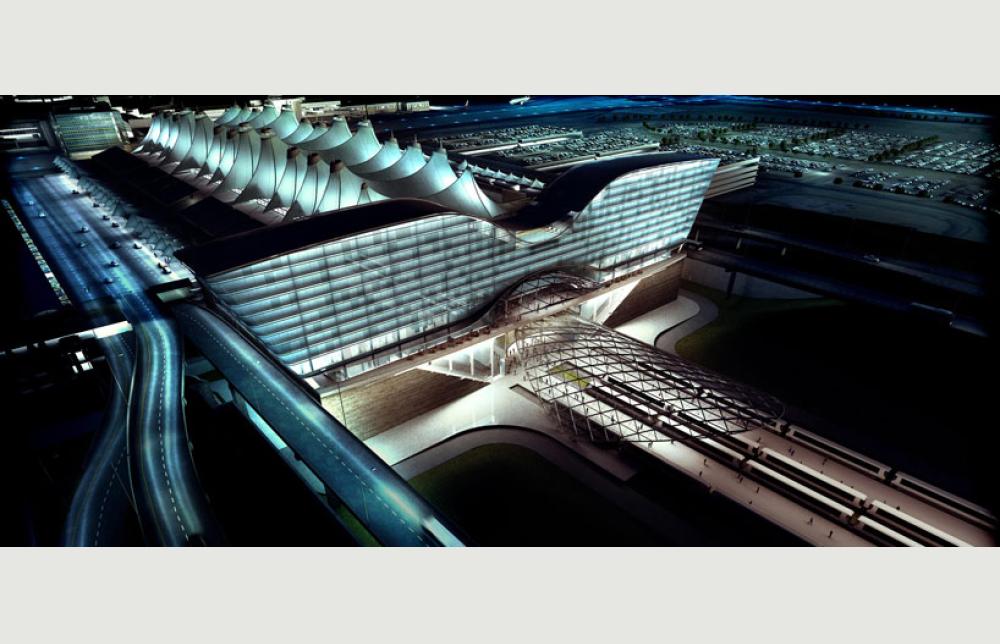 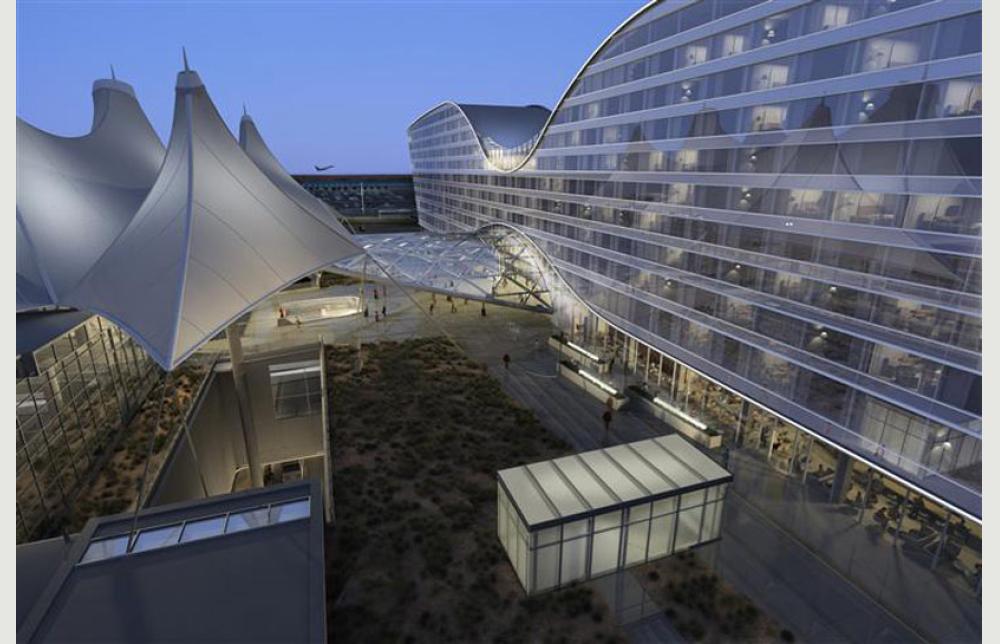 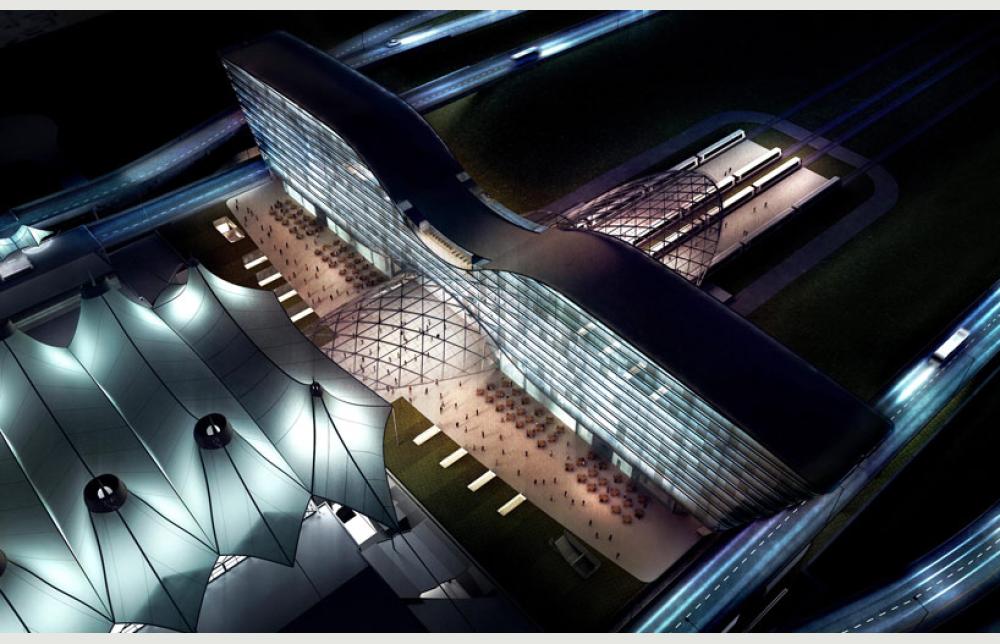 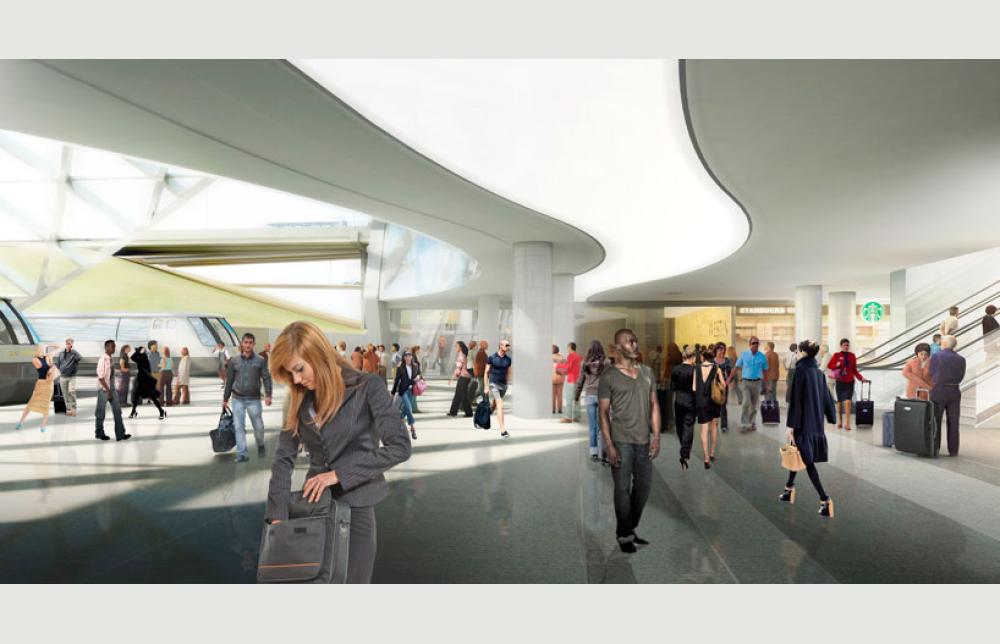 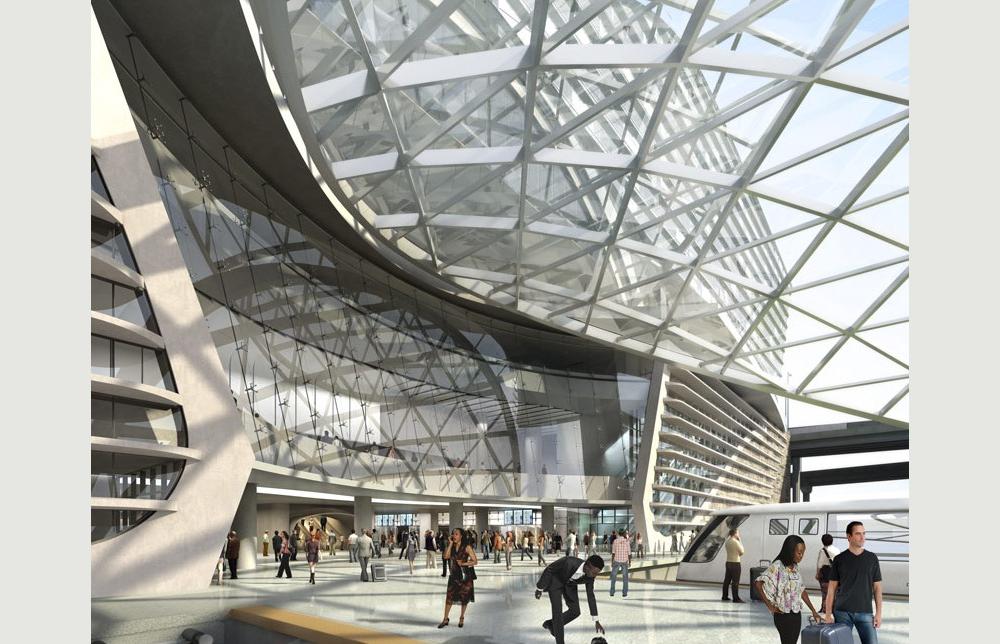 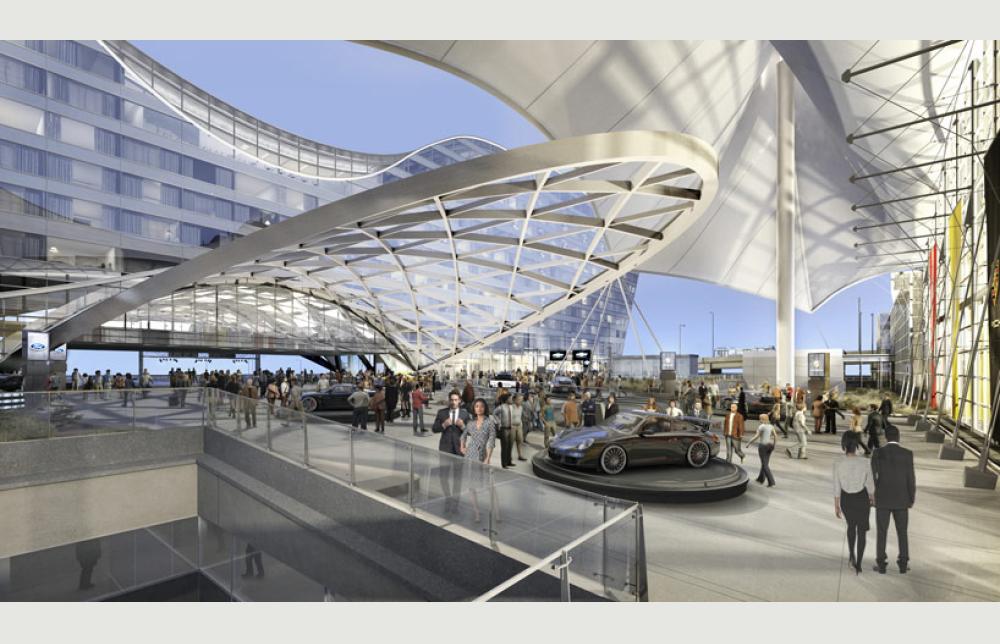 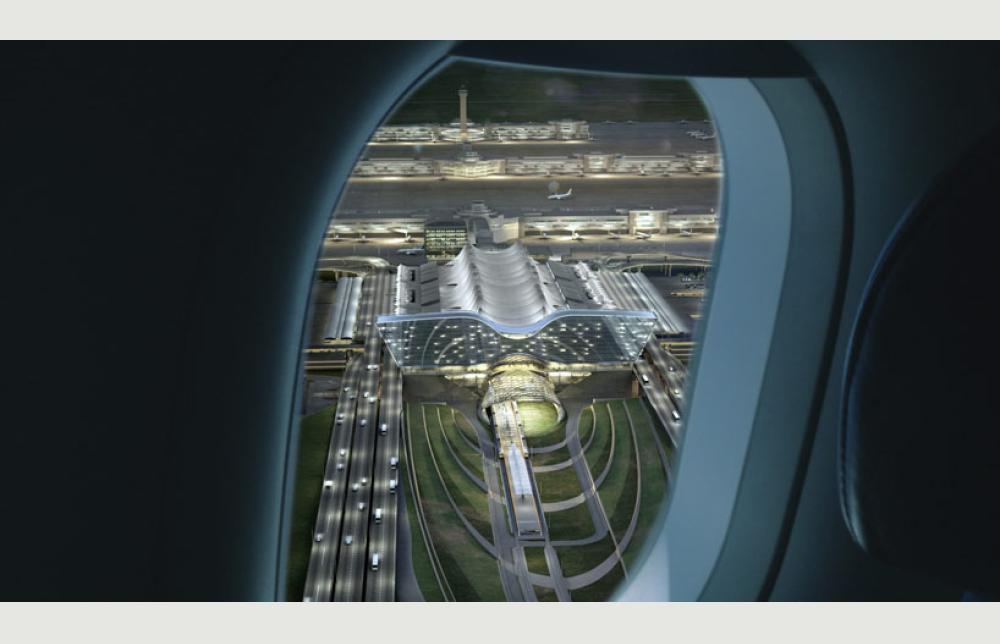 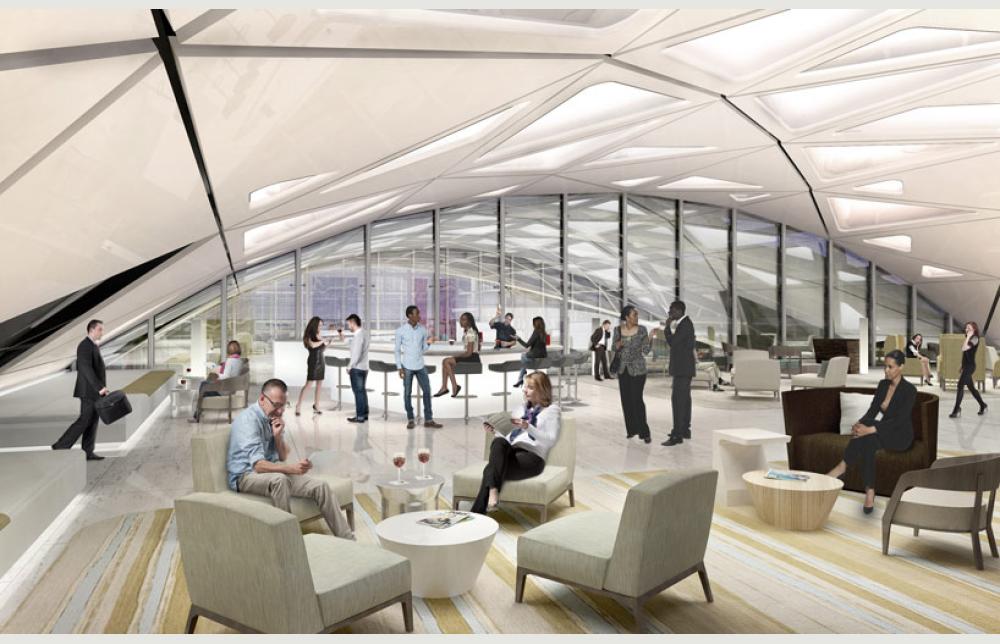 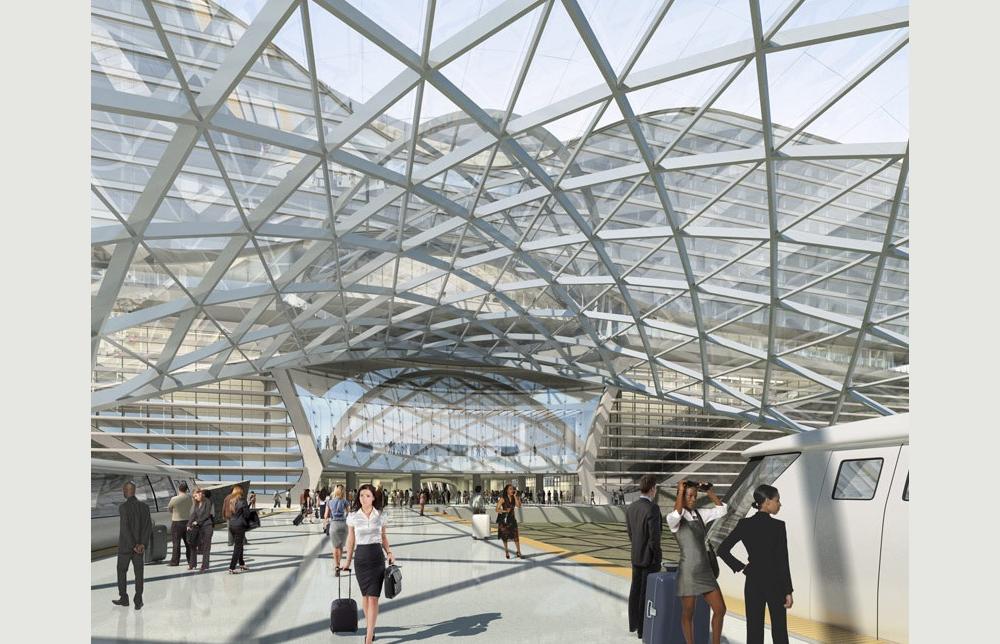 Global design firm Gensler has picked up where Calatrava left off with the Denver International Airport south terminal redevelopment project originally masterplanned in 1989, an endeavor led by Denver mayor Federico Peña. The airport campus with its iconic canvas peaks architecture was designed with future growth in mind. The new redevelopment plan, currently under construction, will contain a 14-floor 500-room Westin Hotel and conference center, a public transit center with a new rail line that conveniently connects visitors to downtown Denver’s union station, and a 60,000 ft2 public plaza that can be used to host community events. The 500 million dollar project is scheduled for completion in 2015 and is expected to create 600-700 construction and design jobs as well as 200 permanent jobs associated with the hotel. Primarily focusing on the use of concrete and steel, the additions feature fluid contemporary aesthetic that offer views of the green Colorado landscape and distant flatirons. The hotel will make the 10th busiest airport in the world not only a more efficient airport with improved baggage transport systems and security checkpoints but also a destination with a state-of-the-art conference center, lounges, spa, and connection to the city’s downtown.