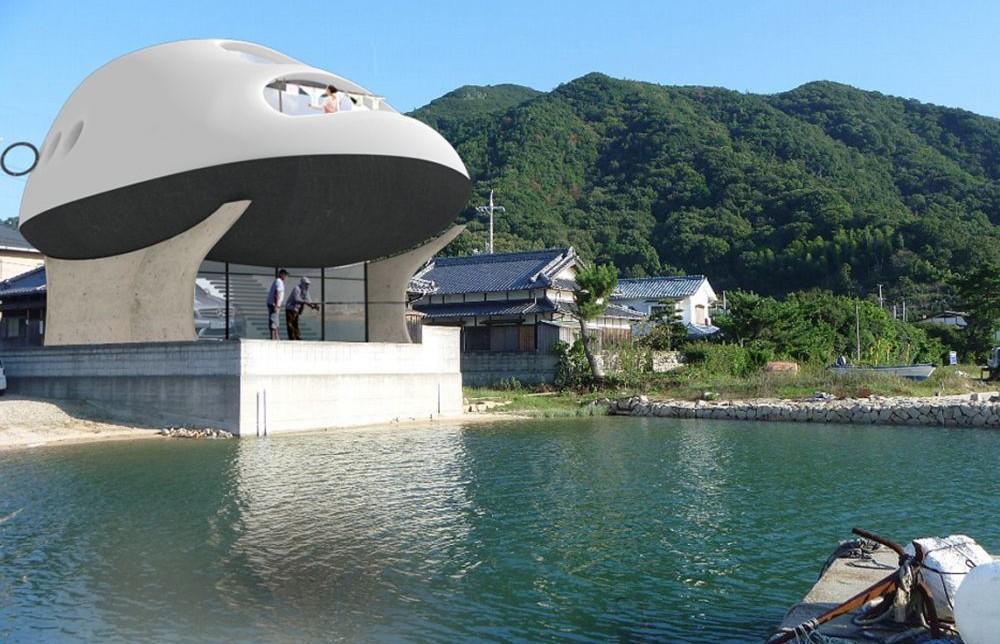 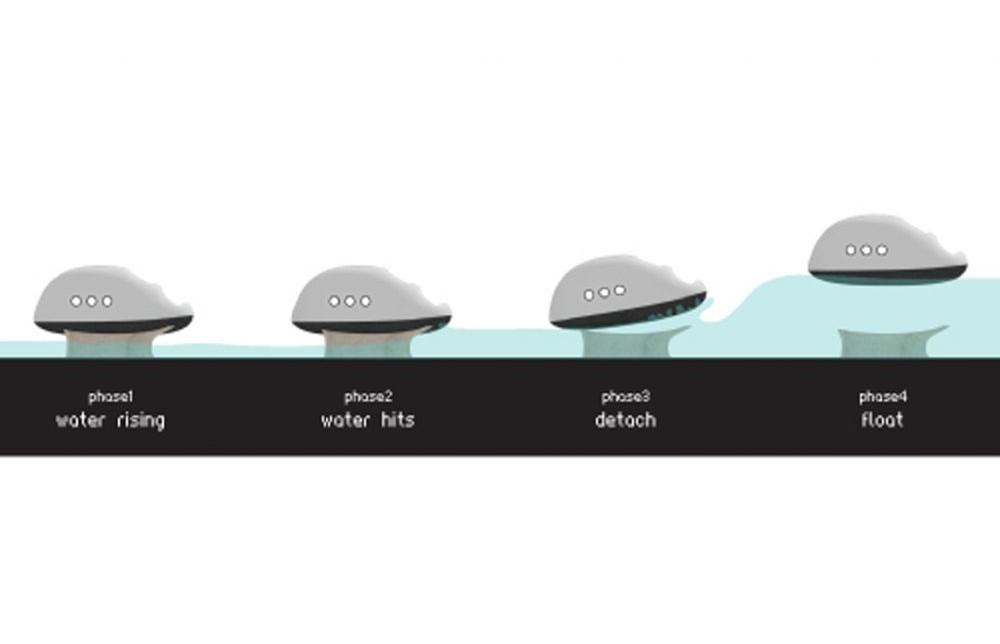 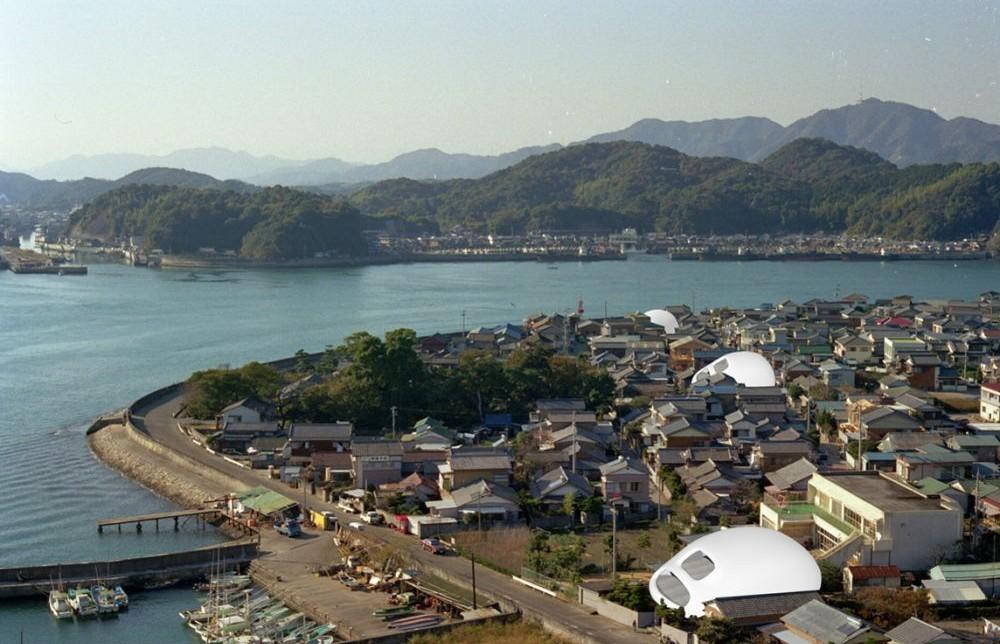 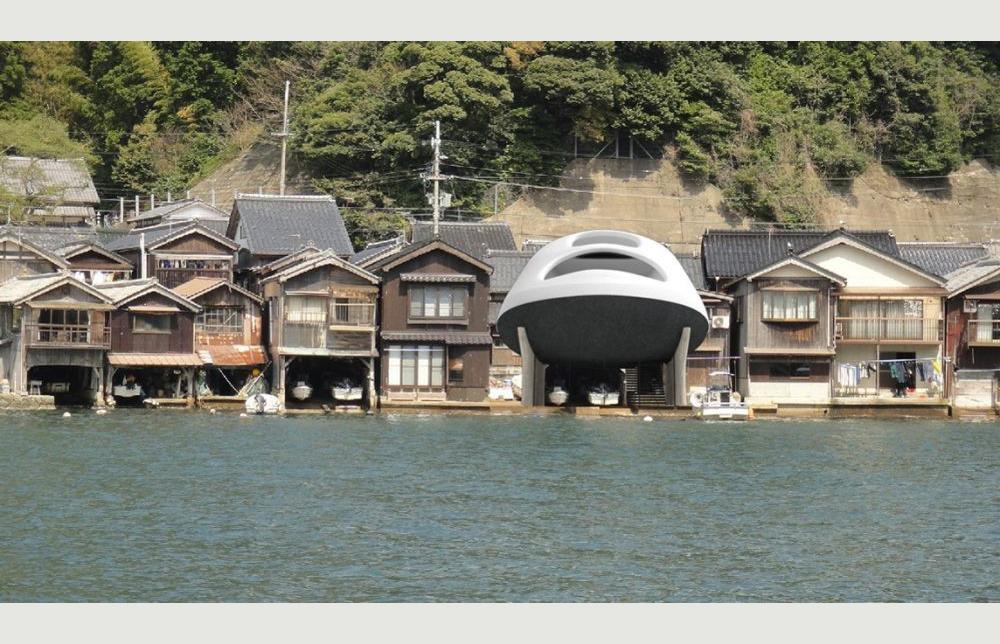 During the devastating tsunami on March 11th, thousands of houses were washed away. Even though some buildings remained only as structural frames, many were completely destroyed, and it became apparent that no structure was strong enough to protect the lives and the belongings of the families within them. In such an event, it is almost impossible to predict the extent of the damage as well as what structural necessities are required to keep things completely free from harm. Moreover, there are quite a lot of reports of suffering families who have not only lost family members and property, but also have not been able to find items of personal importance which hold memories of their family history the wave washed away absolutely everything. Through research, noiz has found that only floating piers have been relatively safe during tsunamis as they are able to float and drift in all directions, and although they may be shaken, they are not flipped by the waves. Ships, on the other hand, due to their directional structure, often were flipped and capsized. As a result of these findings, noiz has developed a conceptual residence which, during a tsunami, acts as a shelter to maintain the most important belongings to people the lives of their family and items of family history.

The main part of the house is designed to be a floating platform with an exterior shell which sits upon a solid concrete base. In the event of a large tsunami, as the water rises past the foundation, the house will detach from its base due to water buoyancy and float. The concrete base is designed to be directional, allowing minimum resistance to water pressure at the cost of potentially losing the belongings at ground level which are kept between the two supporting concrete walls which act as the entrance, an area for car parking, etc. The house itself is mostly rounded in shape which takes advantage of local shipbuilding industries and allows the house to float until the family can be rescued. Additionally, the rounded shape of the platform mimics the hull of a ship which will prevent stress concentration from multi-directional deformation. The round form of the houses shell can also be generated as a result of a newly developed form-producing-algorithm created by noiz which is based on the optimization of solar-energy accumulation. The result gives the best form to gather solar power through paint based solar receptors for given conditions which can be controlled parametrically e.g. total floor area, street exposure, etc.

As long as the platform is designed in the same manner, the upper shelter is actually free to be any style. For example, a family may prefer a more traditional building style to match the local surroundings. As a result, a unique townscape can be created along the coastline as each house is raised and sits on a new platform, not only showing each familys design preference individually, but also the entire communitys courage and resolution to remain strong in the face of future tsunamis.