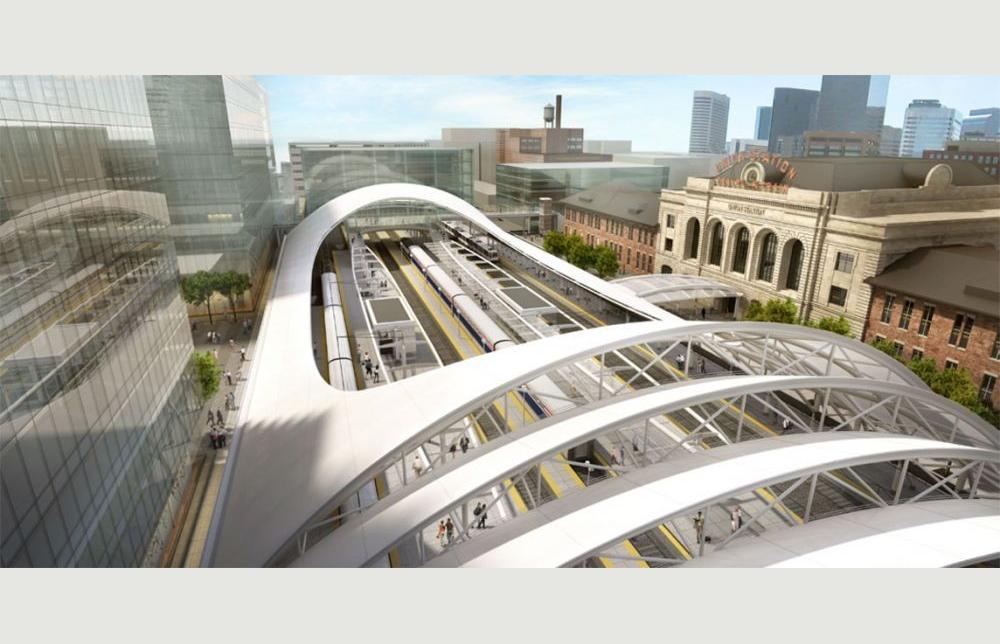 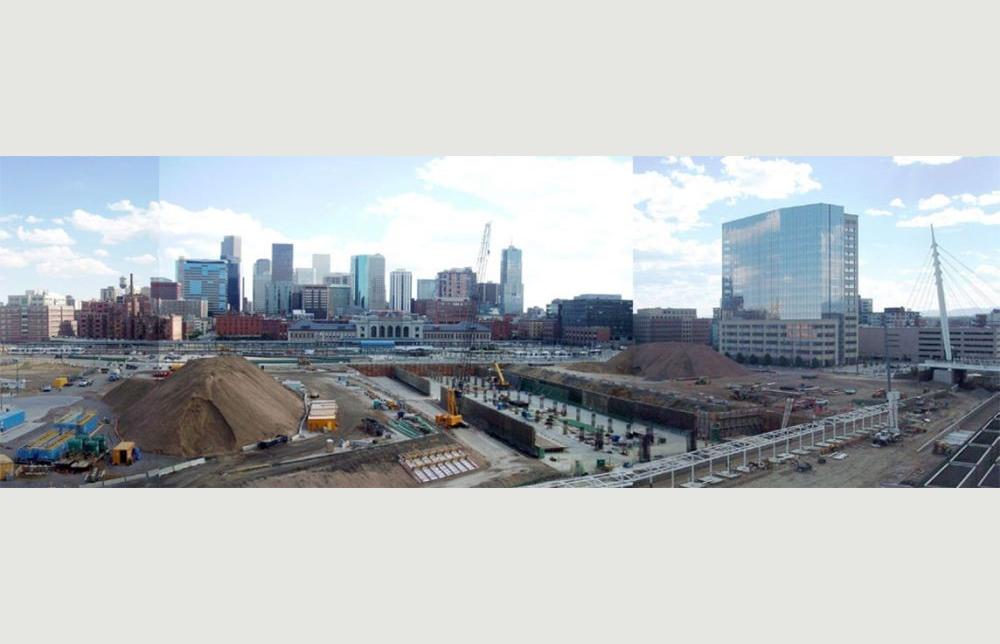 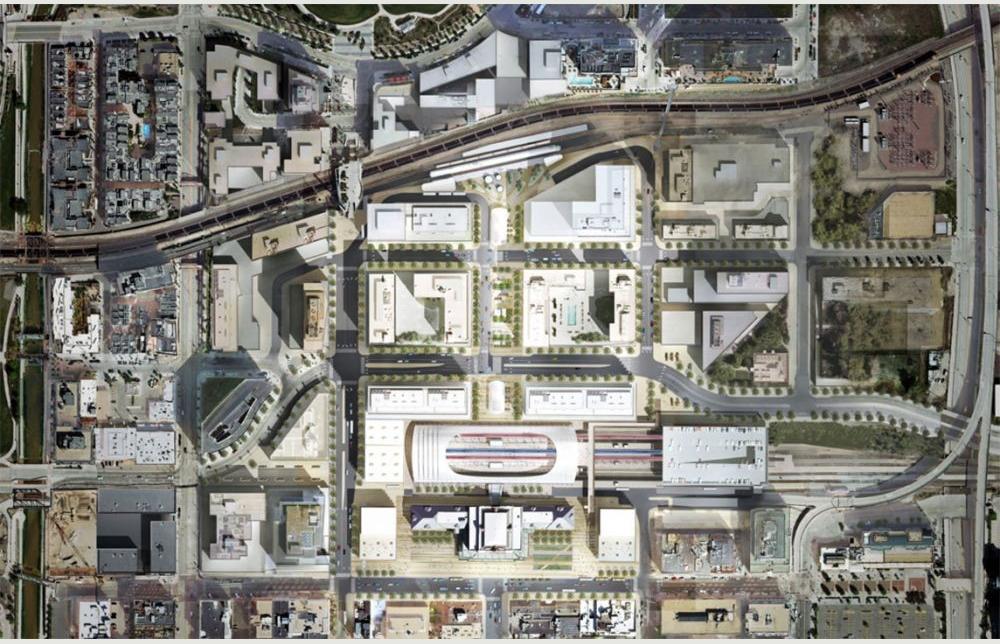 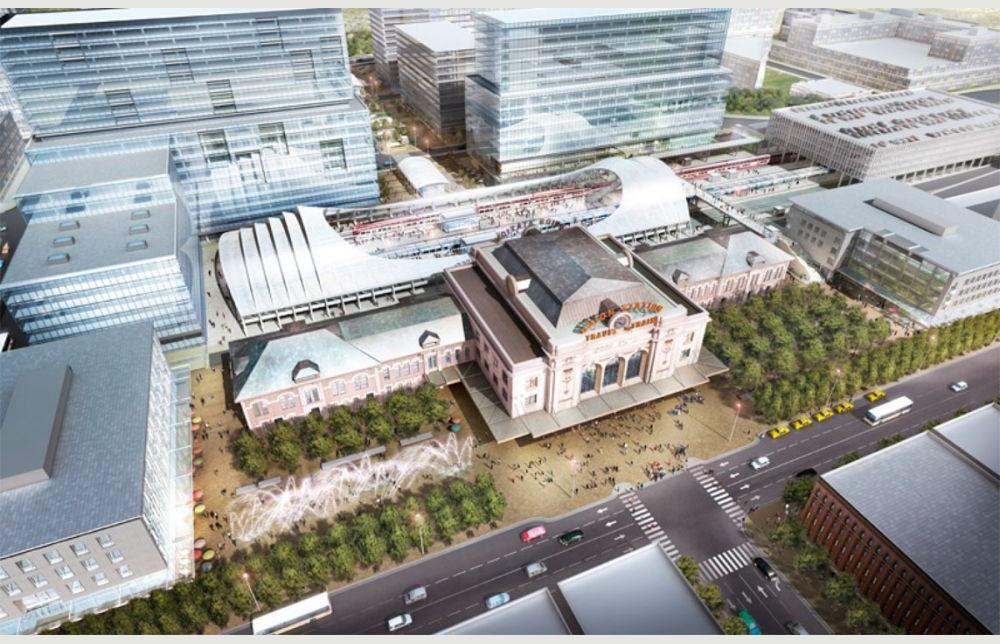 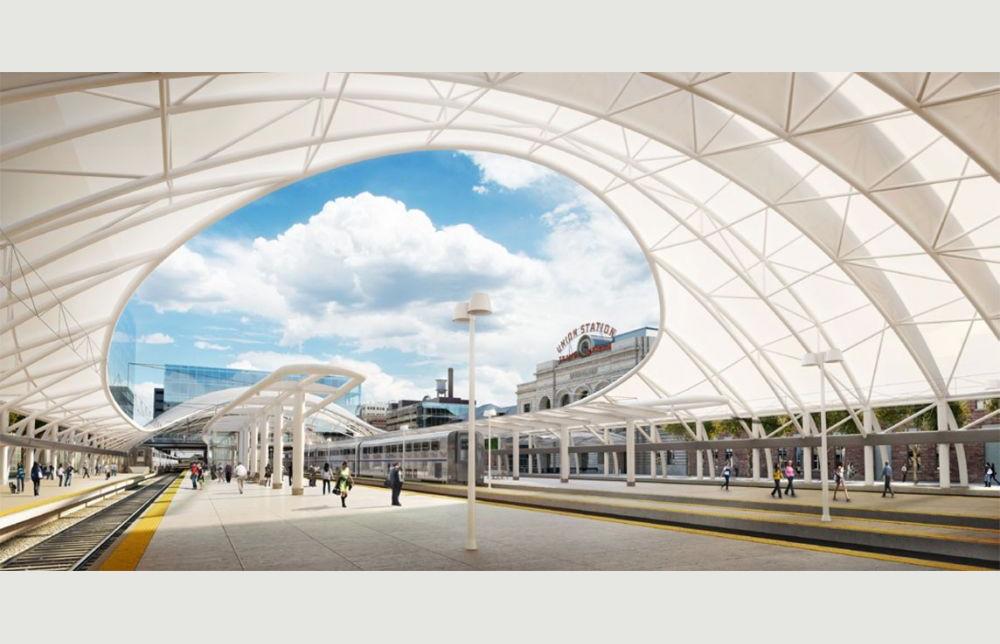 The Denver Union Station project brings together commuter, inter-city, airport access, and light rail lines, along with a regional bus station and local circulating buses, into an integrated, multi-media transit district at the revived historic Union Station building on the edge of Denvers central business district. SOM served as architects of all transportation elements, the lead urban designers of the public spaces, as well as structural engineers for the two rail stations. AECOM provided transportation planning and engineering services.

The project is the centerpiece of the Regional Transportation Districts ambitions FasTrack program. It is being delivered as a public-private partnership, with federal, state, and local funding. The work is being constructed by Kiewit Construction. The master planning process began in 2002. The project will be complete in 2013.

Key principles of the planning were to provide transportation capacity for more than 200,000 daily trips in 2030, to facilitate intermodal connections, and to integrate the transportation with future mixed used development within the project area. The project will also provide an enhanced network of pedestrian and public spaces within and around the site in order to knit the next district into existing Lower Downtown historic district to the east and to the newer Central Platte Valley residential neighborhood to the south, west, and north.

Architectural design principles include the desire to establish a common architectural language for the transportation buildings to the status of civic buildings. In doing so, however, the contemporary design of the new rail stations needed to remain deferential to the landmark historic station building. The rail station canopies, as well as the bus station entrance pavilions, are constructed of painted steel tubes and fabric PTFE membranes. Particularly noteworthy is the profile of the computer train canopy, which rises as the head a platform some 70 feet, descends in a dynamic sweep to 22 feet at the center, and then rises again at the far end. This form allows the structure to protect the platforms of the station, while remaining clear of the view corridor established by zoning to protect views of the historic station. While very much an architecture of our time, the new station design language alludes to both the 19th- century train sheds of rails golden age and the vertiginous trestles often needed to support historic rail lines through the Rockies west of Denver.