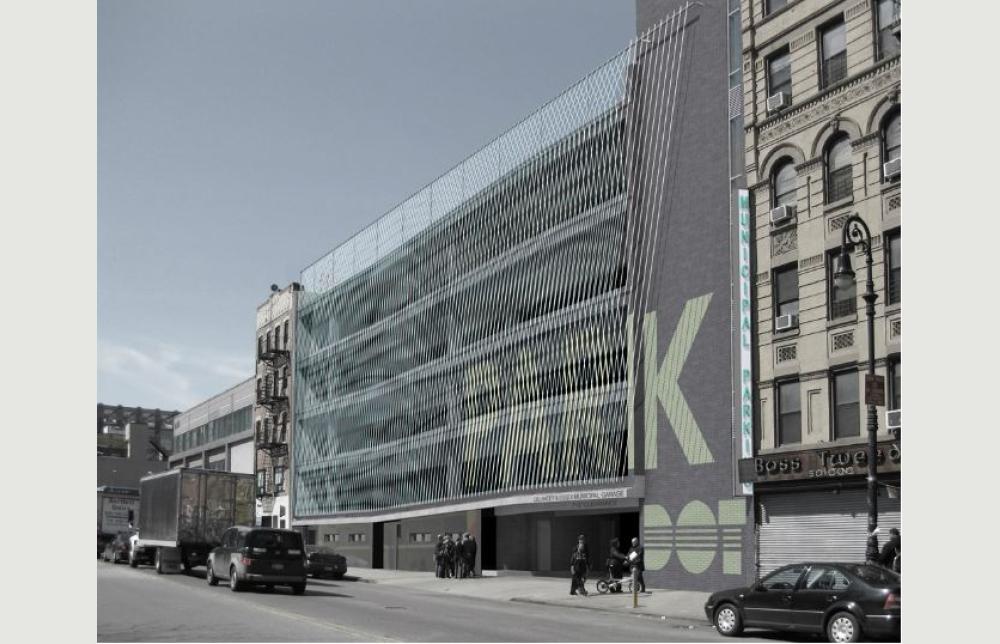 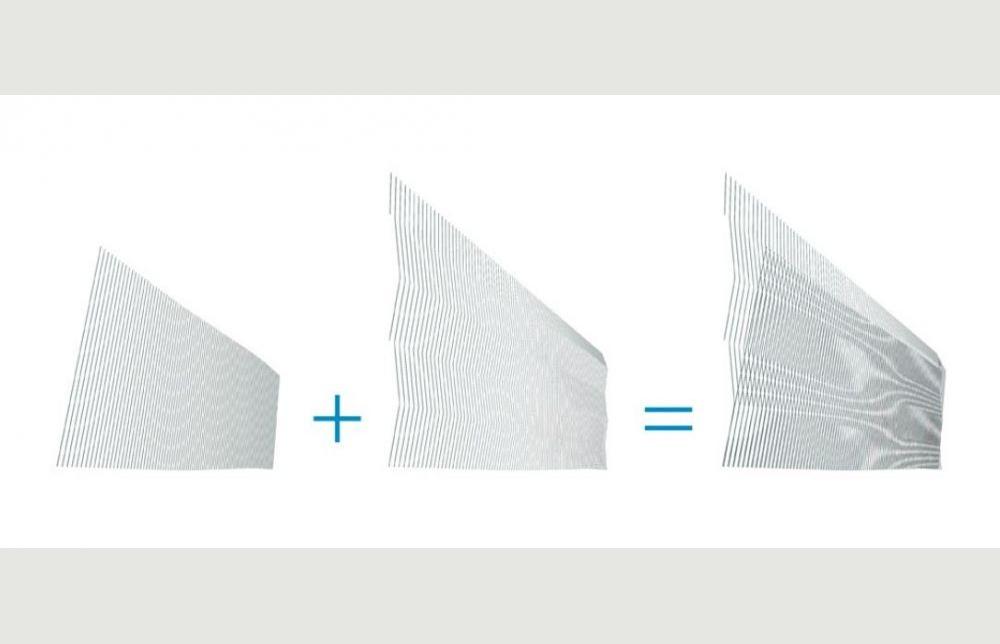 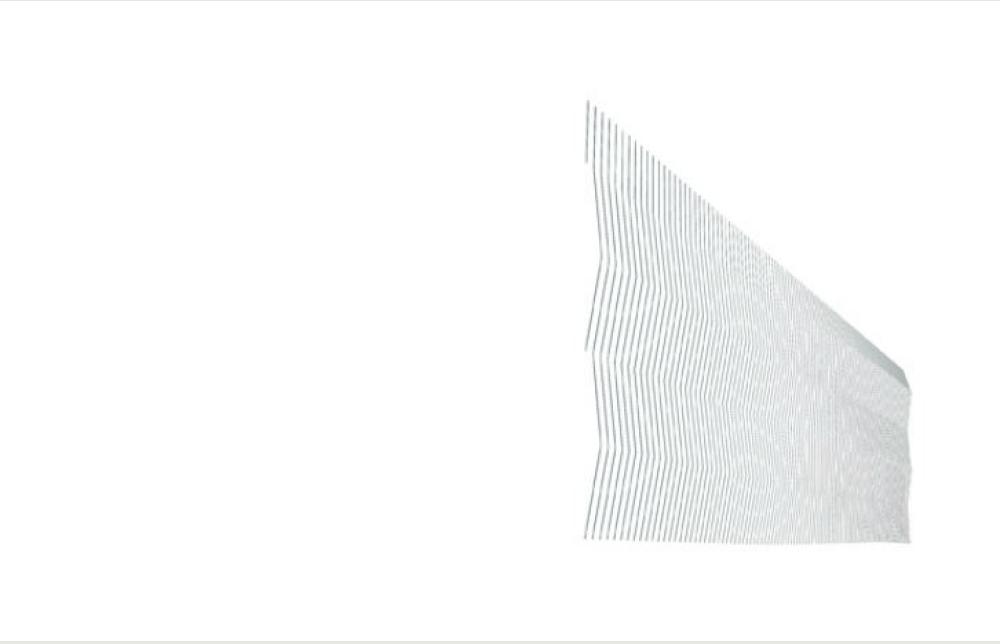 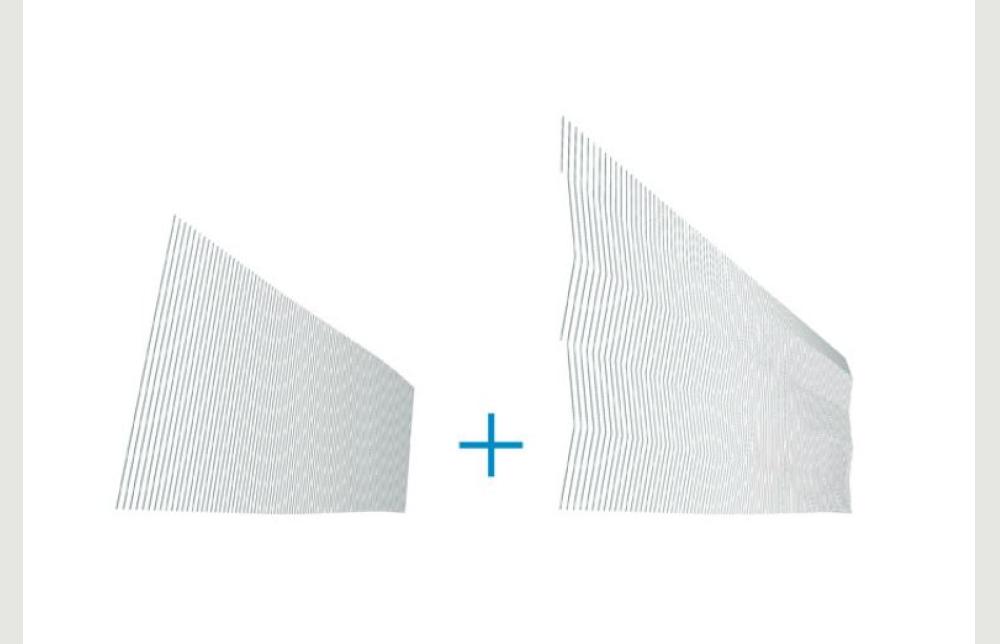 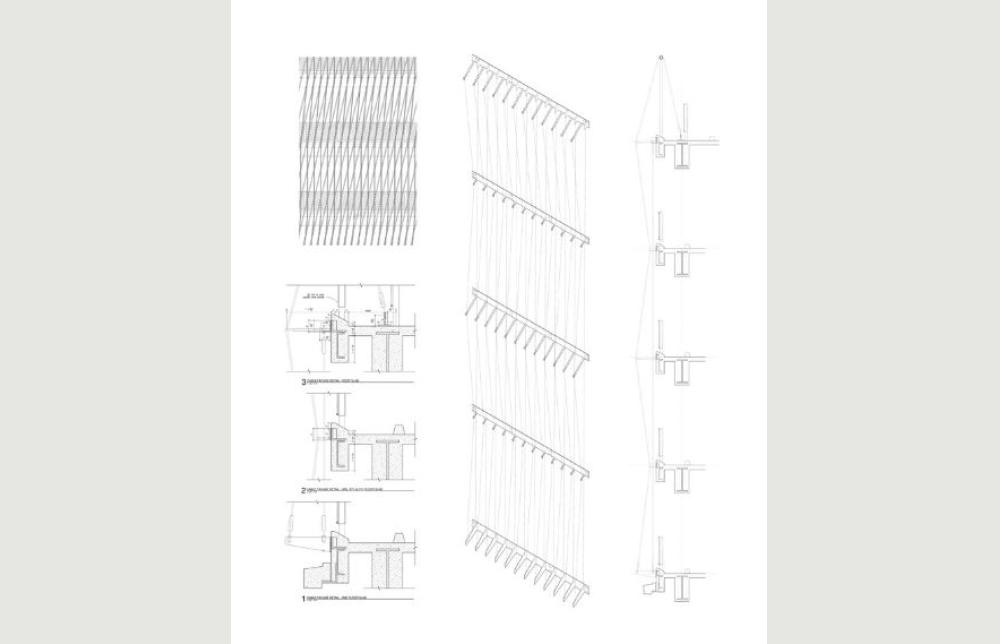 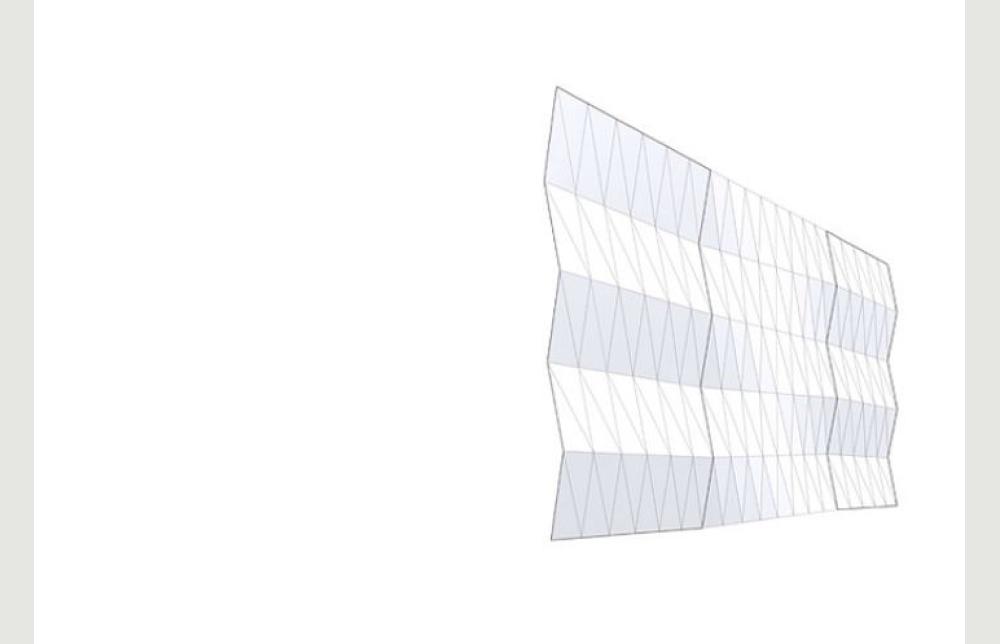 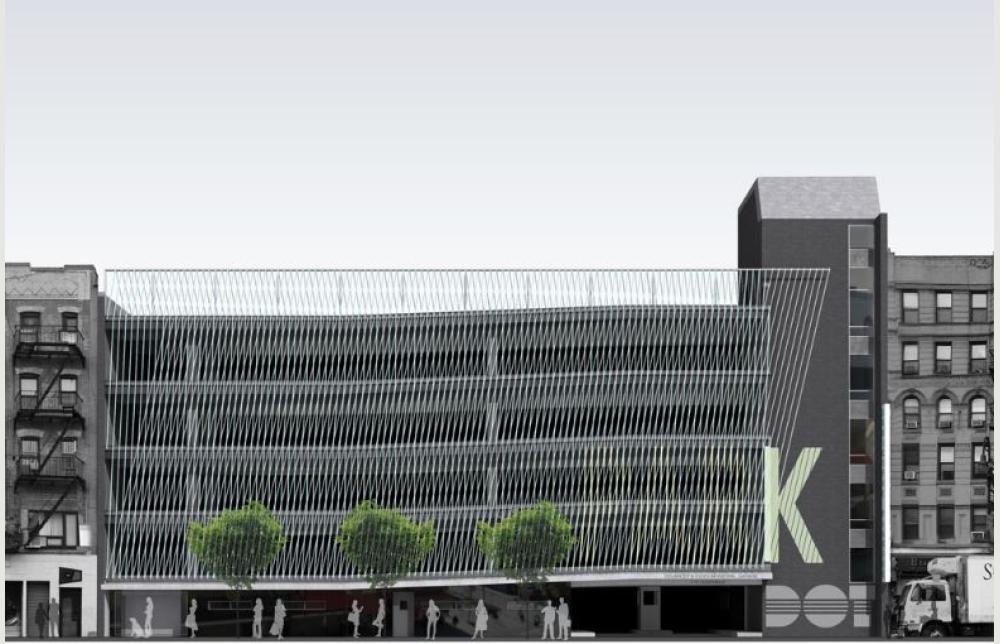 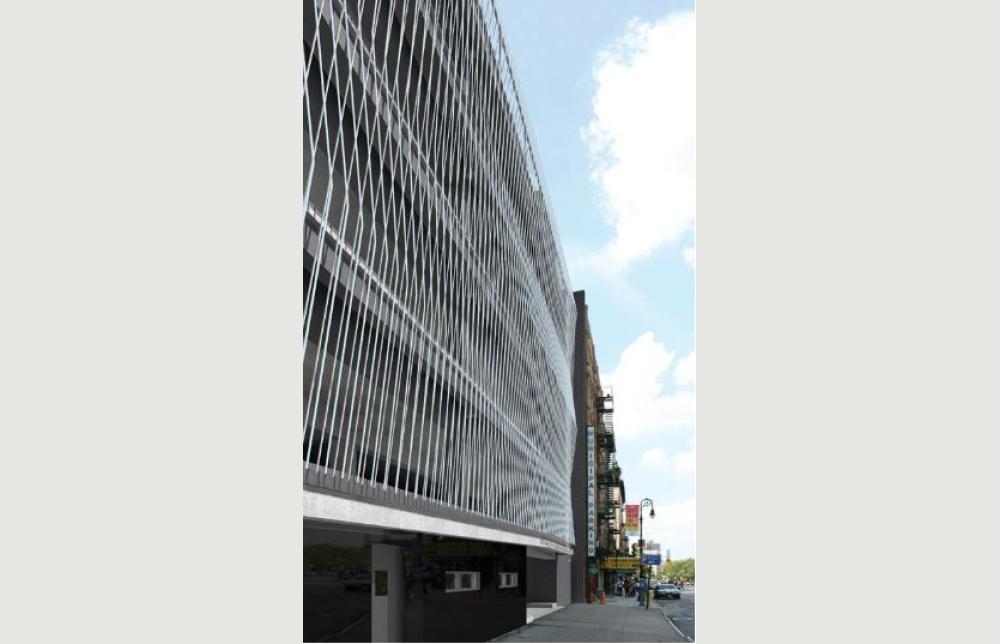 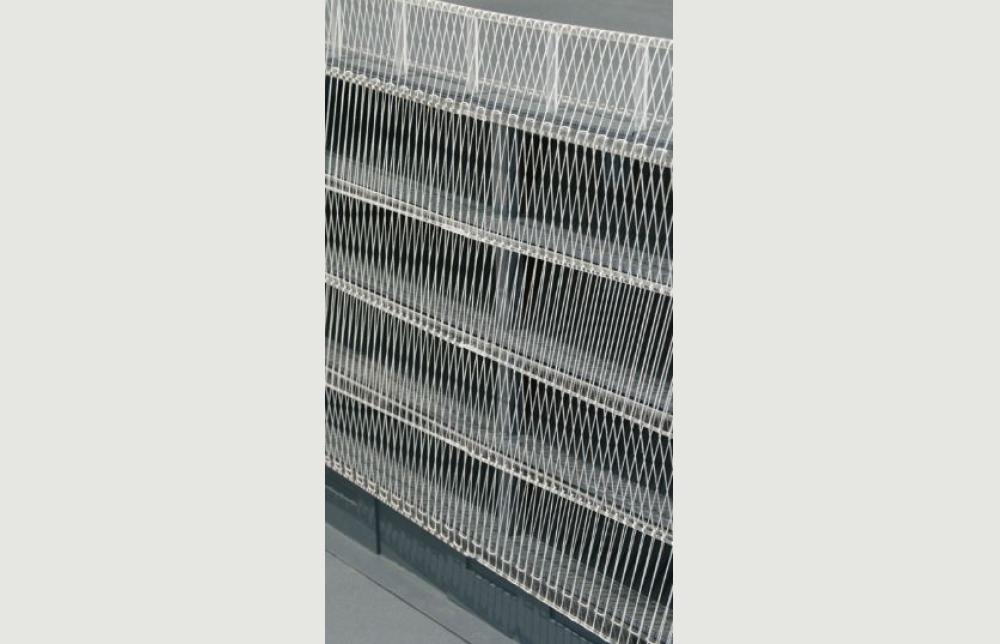 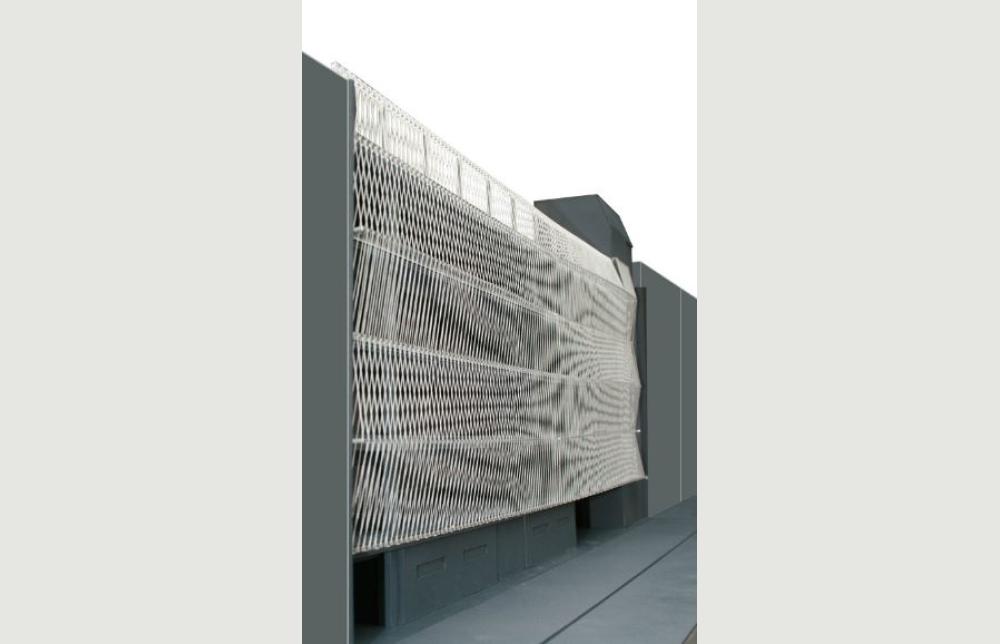 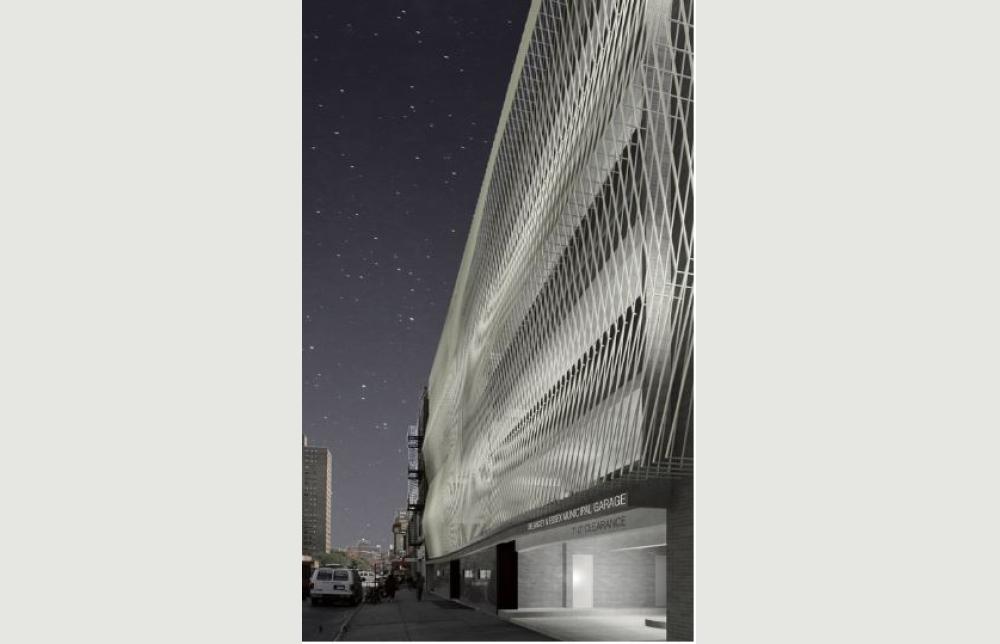 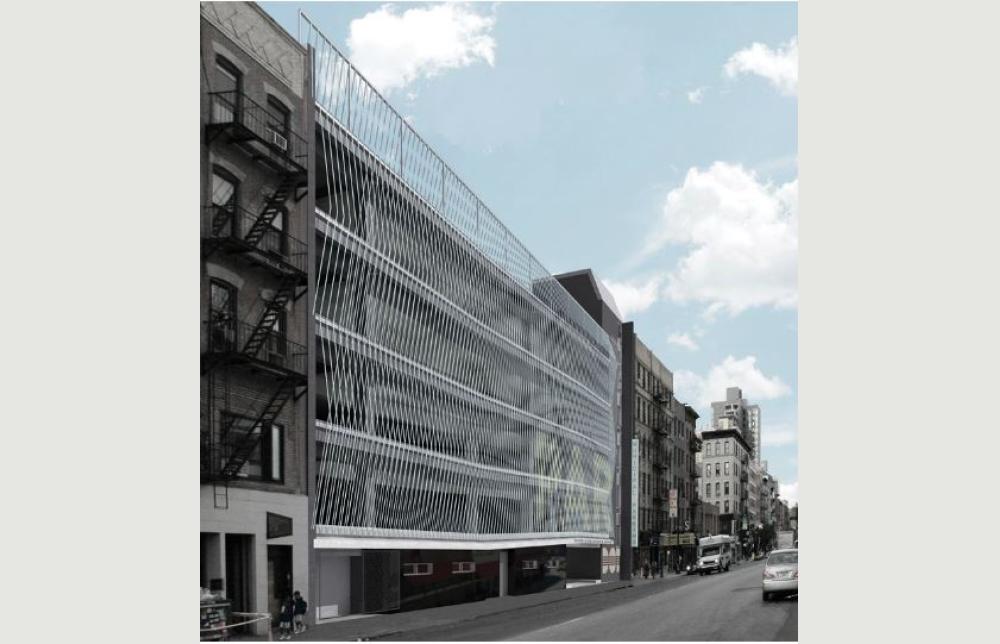 The design goals for the facades of the Delancey and Essex garage include the development of a lightweight, naturally ventilated, visually dynamic façade that contributes to the rich texture of New York City’s Lower East Side neighborhood.

The proposed solution is a surface of lines: a three dimensional, porous façade composed of 1.25” diameter cables that are woven as if on a loom. This concept of weaving is loosely associated with the history of the lower east side and the early garment industry there. The proposed cables are modeled on standard DOT road barrier materials, although used in a new way by turning them sideways and spanning them vertically.

The pattern of the cable design is inspired by the work of various abstract artists such as Naum Gabo and Fred Sandback who defined form and space simply with lines; as well as Optical Art works from the 1960’s, such as Françoise Morellet’s “Grilllge” drawings, that are composed of a system of simple grids overlaid in a way that creates new, larger scale patterns.

The proposed façade solution was produced by offsetting two layers of cable which when viewed together creates large-scale moiré patterns that seemingly move across the face of the building as the viewer’s position changes by walking or driving up the street. The patterns produced and suggestion of movement is linked to the dynamic nature of moving cars within the structure.

To achieve this effect the exterior plane of cables was shaped so that it folds out as much as 2’ from the face of the back layer of cables, which are in a flat plane. The face is pushed in and pulled out in response to the spiral circulation route within the building.

The two planes of lines visually collapse creating dynamic, organic moiré patterns. The patterns vary as the viewer changes their distance and viewing angle from the façade. The movements of the patterns will make the façade seem to come alive. The texture of cable mesh blends seamlessly with the strong texture of the neighborhood context.

Decorative lighting and super-graphics signage will be integrated into the cable structure. Secondary informational signage will be appropriately placed at the garage entrance.

The cables will be attached by o-rings sleeved around the cable and connected to steel tube “combs”. The cables will have integral stainless steel end-fittings that will be have turnbuckles for tightening and adjustability. The termination details will be simple and unobtrusive.