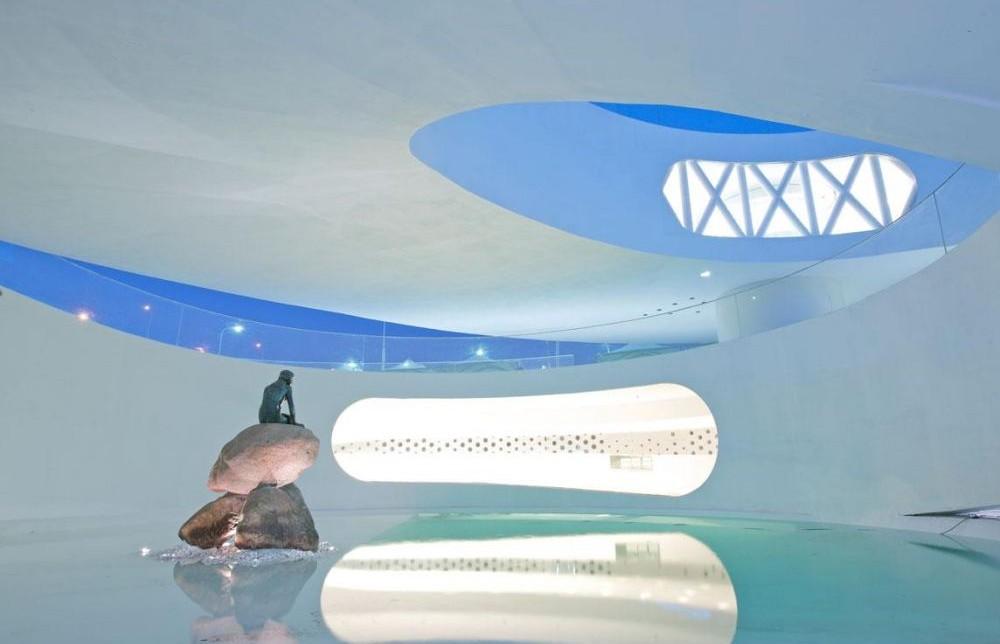 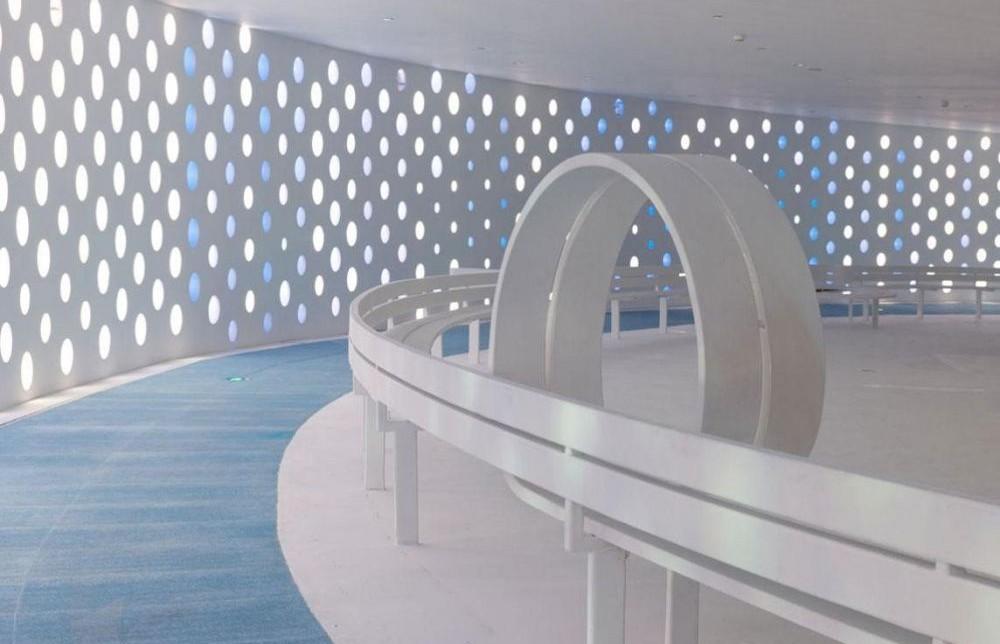 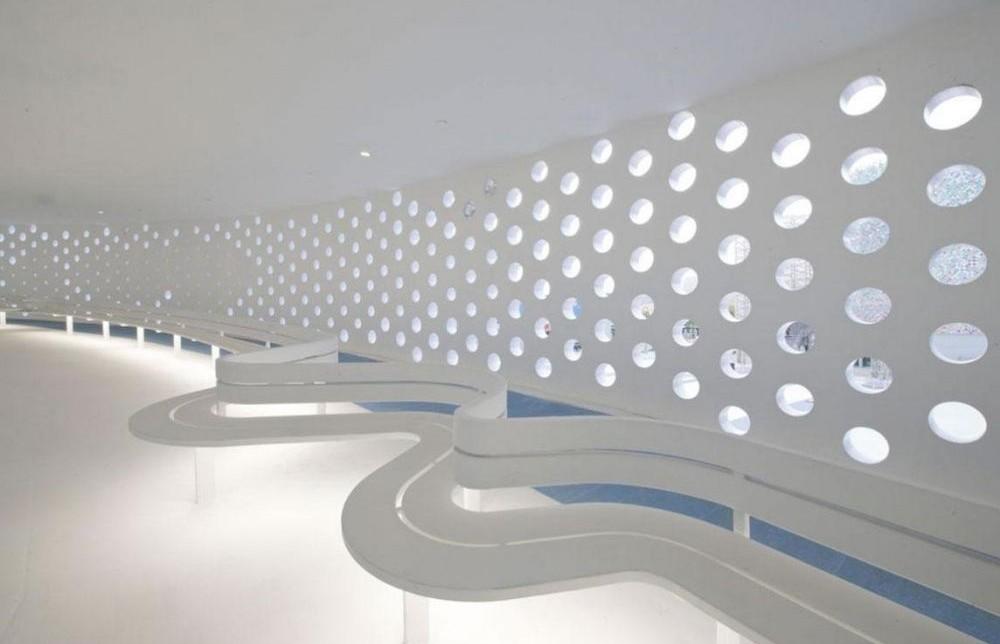 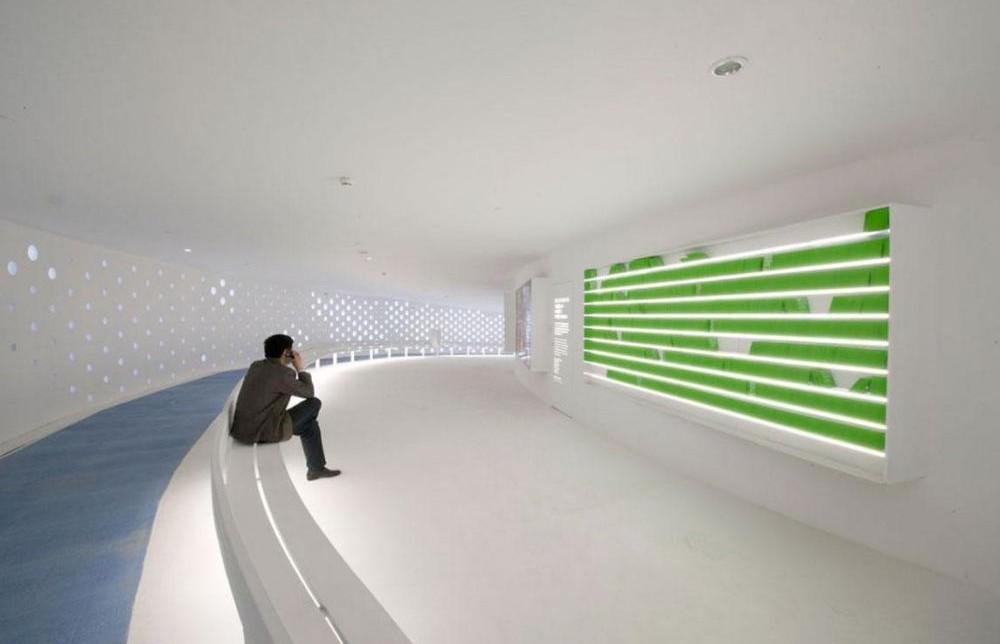 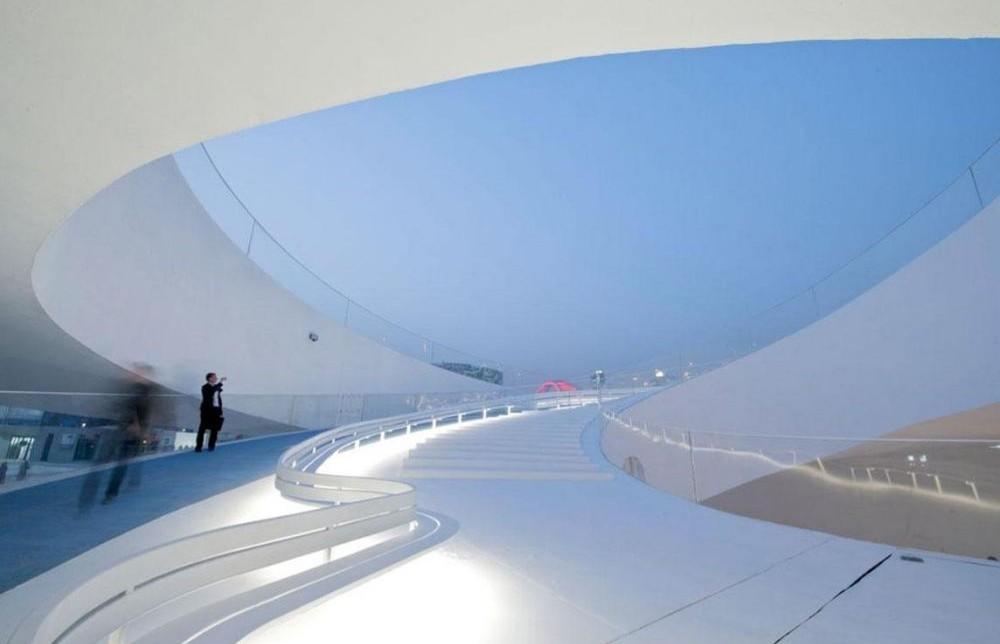 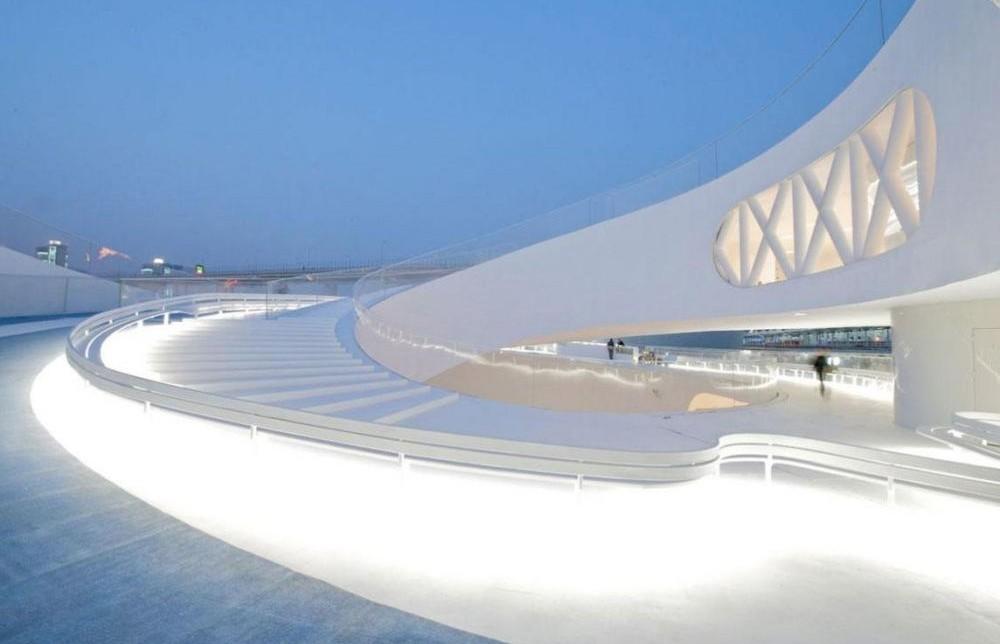 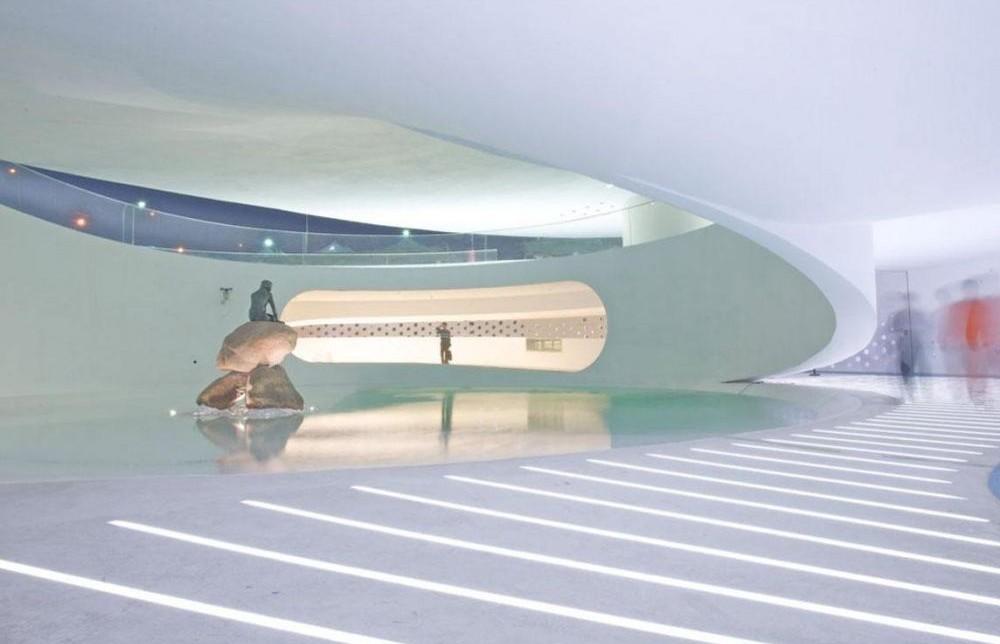 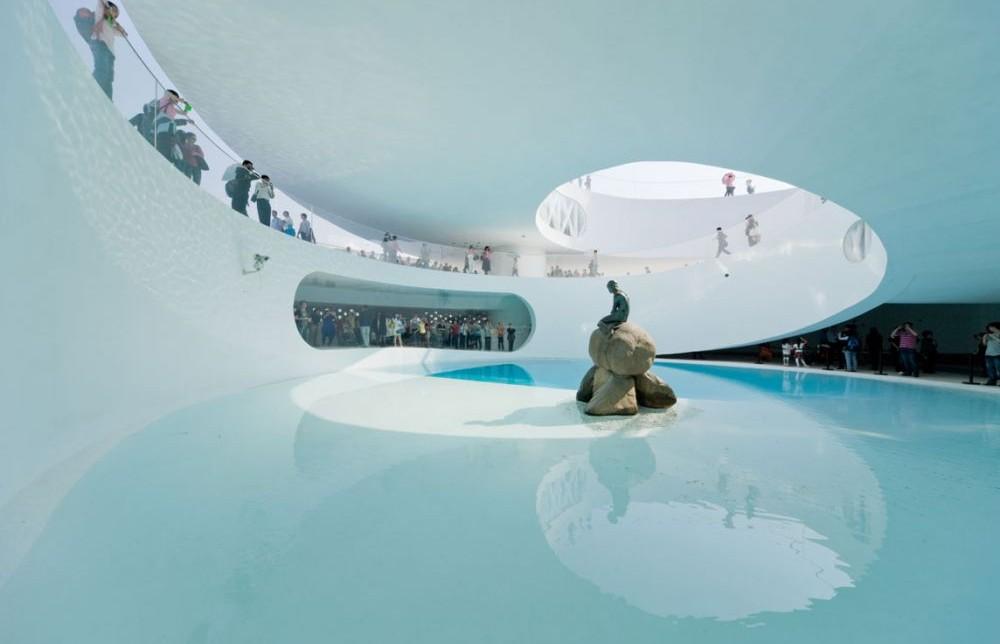 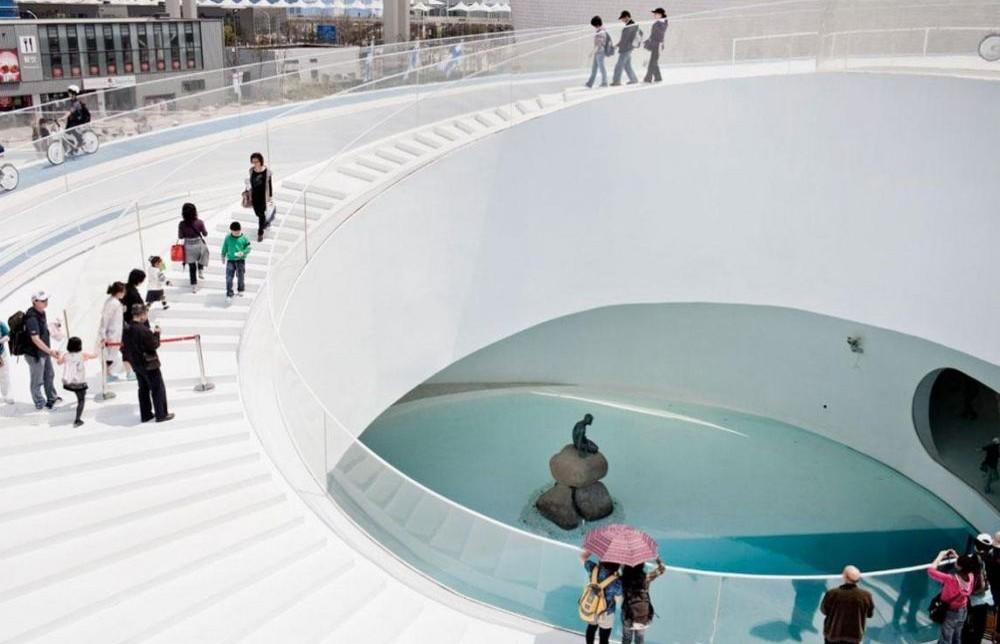 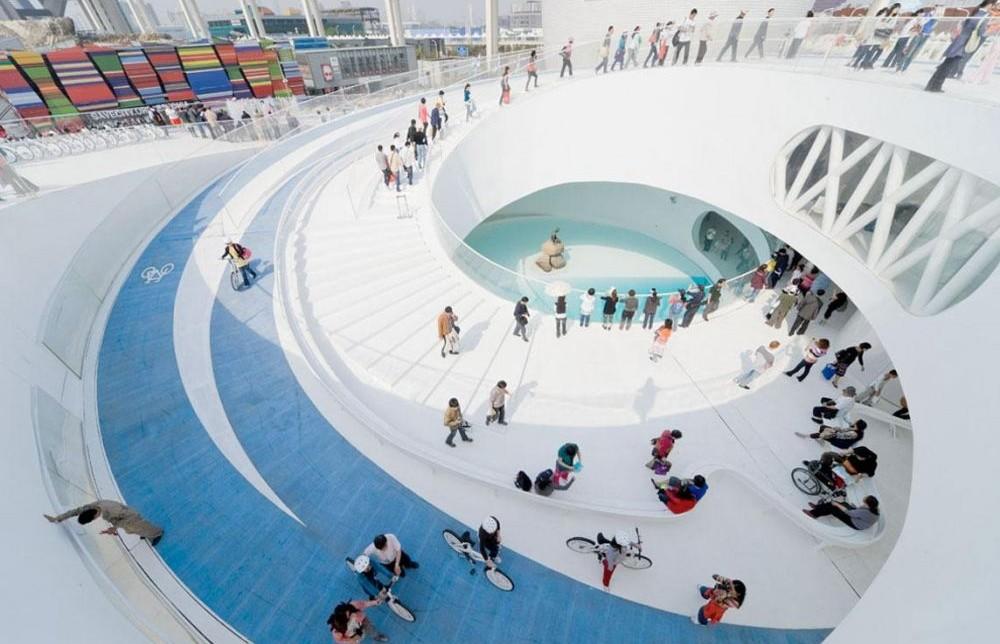 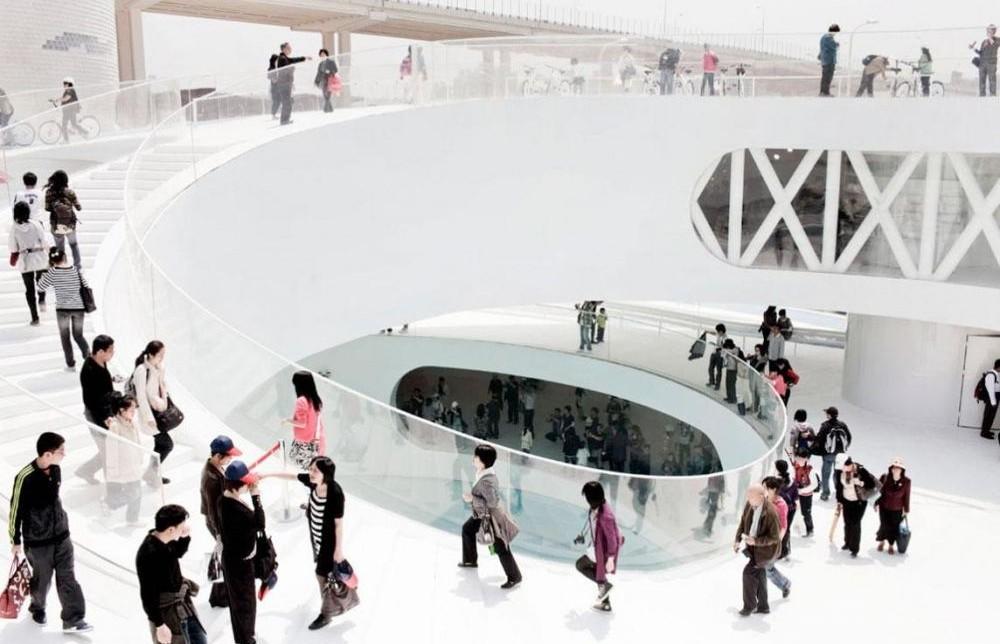 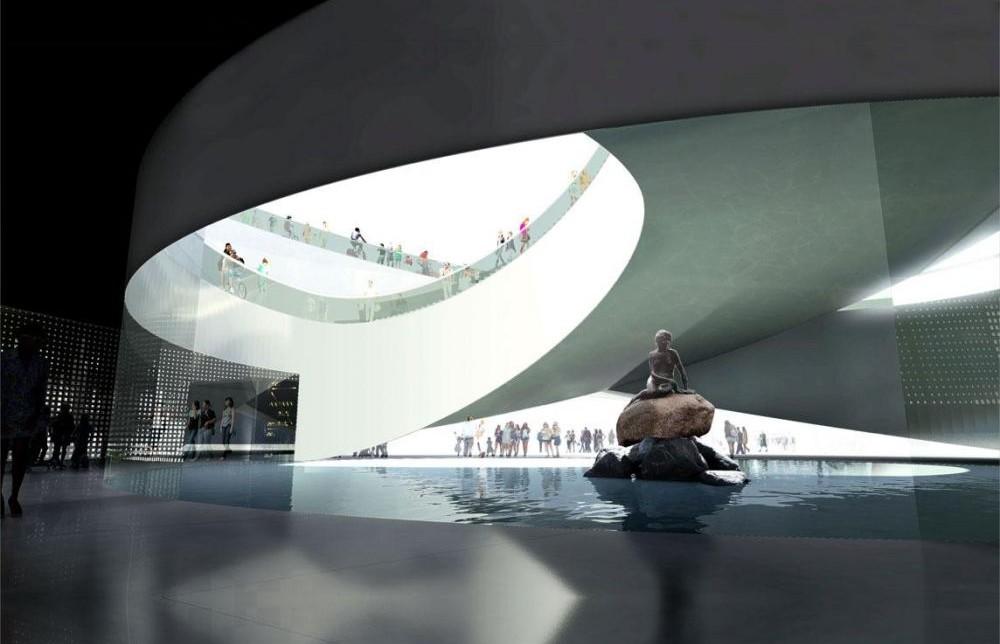 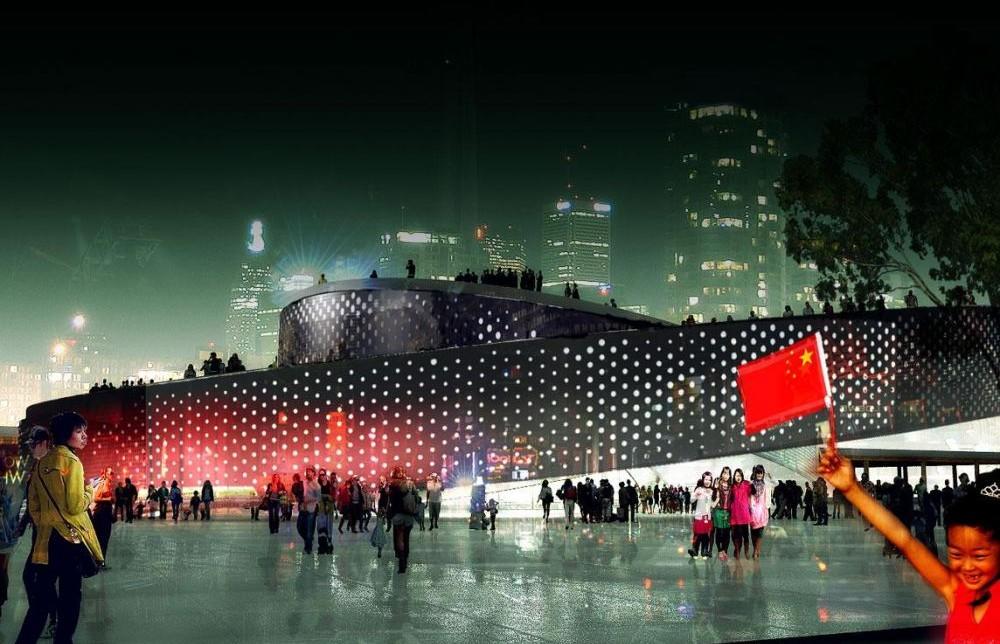 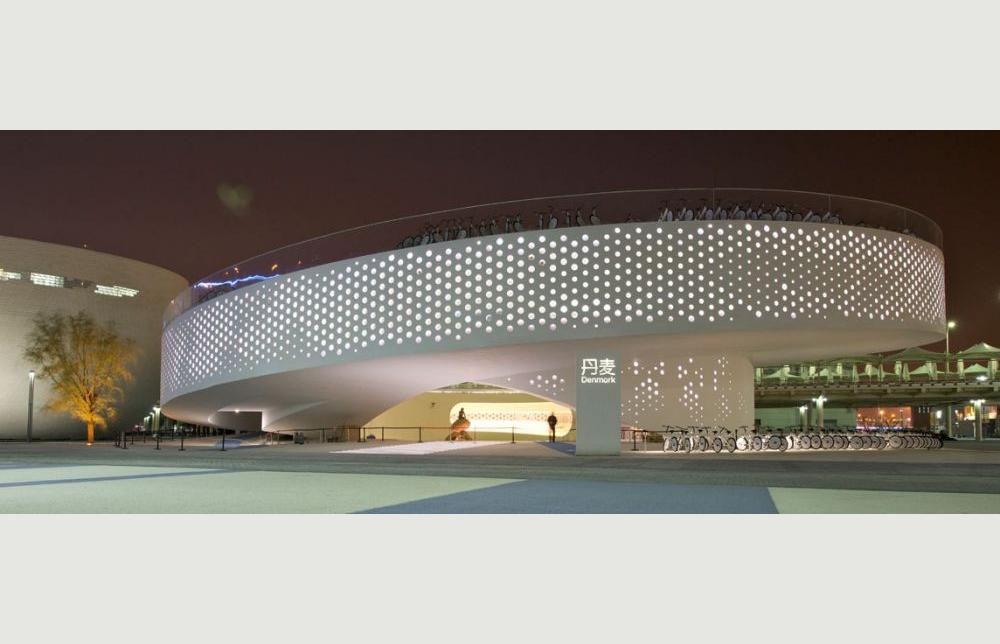 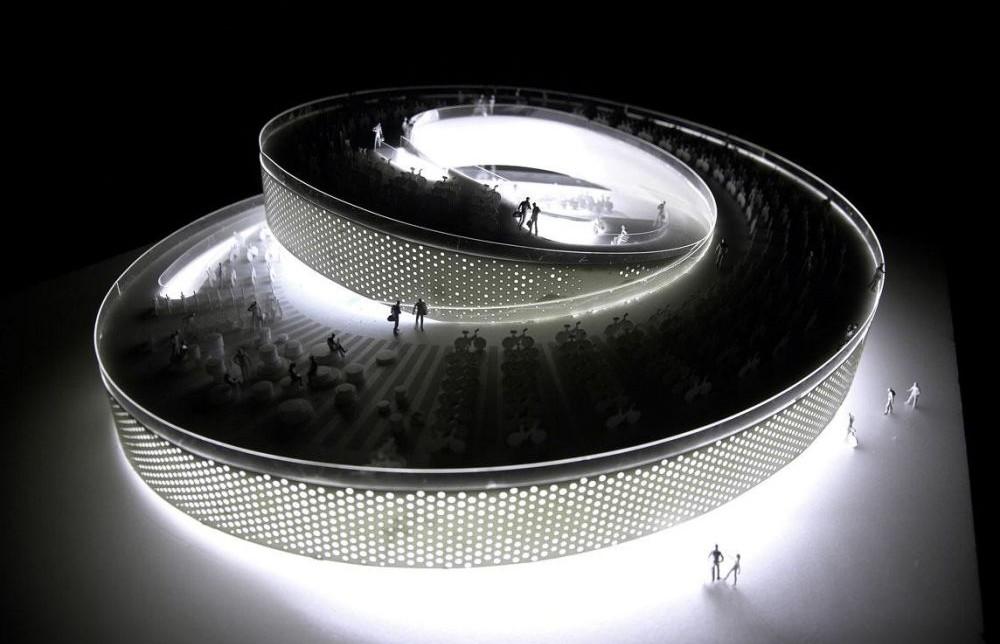 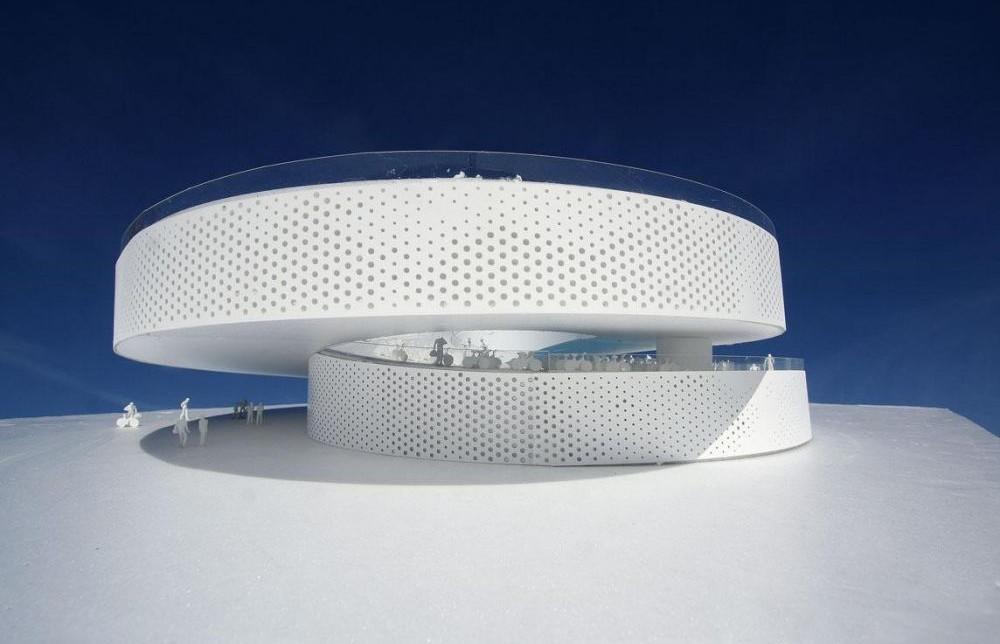 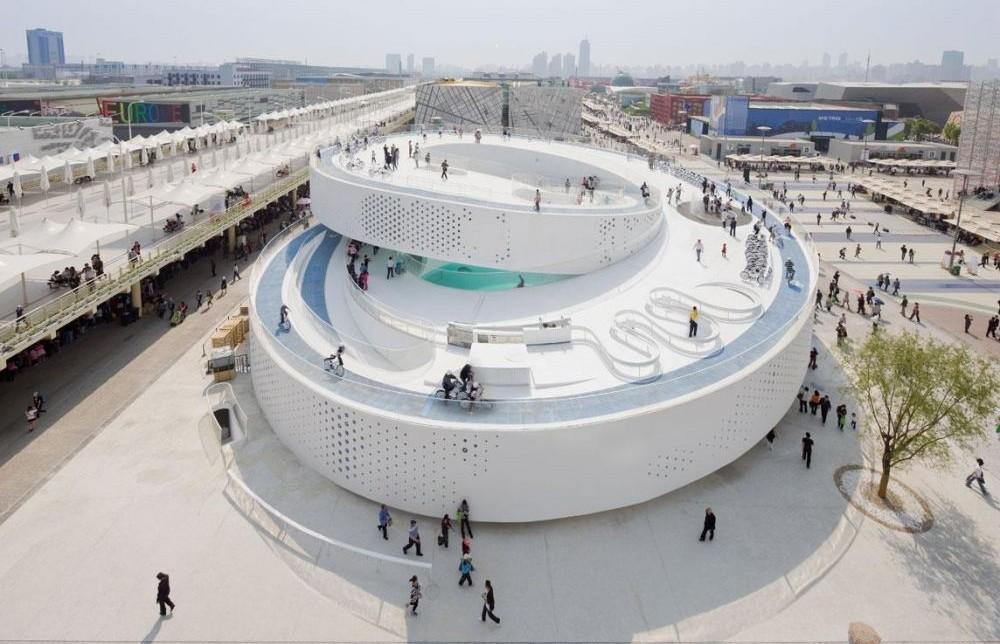 The Danish pavilion does not only exhibit the Danish virtues. Through interaction, the visitors are able to actually experience some of Copenhagen’s best attractions – the city bike, the harbor bath, the playground and the picnic.

The bike is a popular mean of transportation and a national symbol – common to Denmark and China. In recent years, however, it has had a very different fate in the two countries. While Copenhagen is striving to become the world’s leading bike city, heavy motor traffic is on the rise in Shanghai, where the car has become a symbol of wealth.

At the Danish Pavilion we relaunch the bike in Shanghai as a symbol of modern lifestyle and sustainable urban development. The Pavilion and the entire exhibition can be experienced on city bikes that are free for the guests to use. The building is designed as a double spiral with pedestrian and cycle lanes taking you from the ground and through curves up to a level of 12 metres and down again. In this way you can experience the Danish exhibition both inside and outside at two speeds – as calm stroll with time to absorb the surroundings or as a bicycle trip, where the city and city life drift past

Both Shanghai and Copenhagen are harbor cities. The polluting activities in the Copenhagen harbors have been replaced by harbor parks and cultural institutions, as the result, the water has become clean enough to swim in. In the heart of the pavilion the guests will find the Harbour Pool. Children can dapple their feet in the water and thus experience how it is like to live in a Danish city where the water in the harbour is clean. In the middle of The Harbour Pool, The Little Mermaid is sitting exactly as she usually sits in Copenhagen. The original Mermaid is visiting China as a concrete example of the idea that the Danish pavilion contains the real experience of the Danish city life.

While The Little Mermaid is in Shanghai, her place in Langeline will be occupied by an art work created by the internationally recognized Chinese artist Ai Weise who among other things worked as a consultant on Bird’s Nest, the national Olympic stadium in Beijing.

The pavilion is constructed as a monolithic self-supporting construction in white-painted steel, manufactured at a Chinese shipyard. Synthetic light-blue coating used in Denmark for bicycle paths will cover the roof. Inside, the floor will appear in epoxy, the light-blue bicycle path respectively.

The sequence of events at the exhibition takes place between two parallel facades – the internal and external. The internal is closed and contains different functions of the pavilion. The width varies and is defined by the programme of the inner space. The external facade, pavilion’s façade outwards, is made of perforated steel. In the evening time, the indoor activity of the pavilion will be illuminated for passers-by.

The Danish artist Jeppe Hein has designed a ‘social bench’ that will run alongside the bicycle lane. In some places, the bench adapts to its environment elastically and different functions are added such as a bar for food and drink.