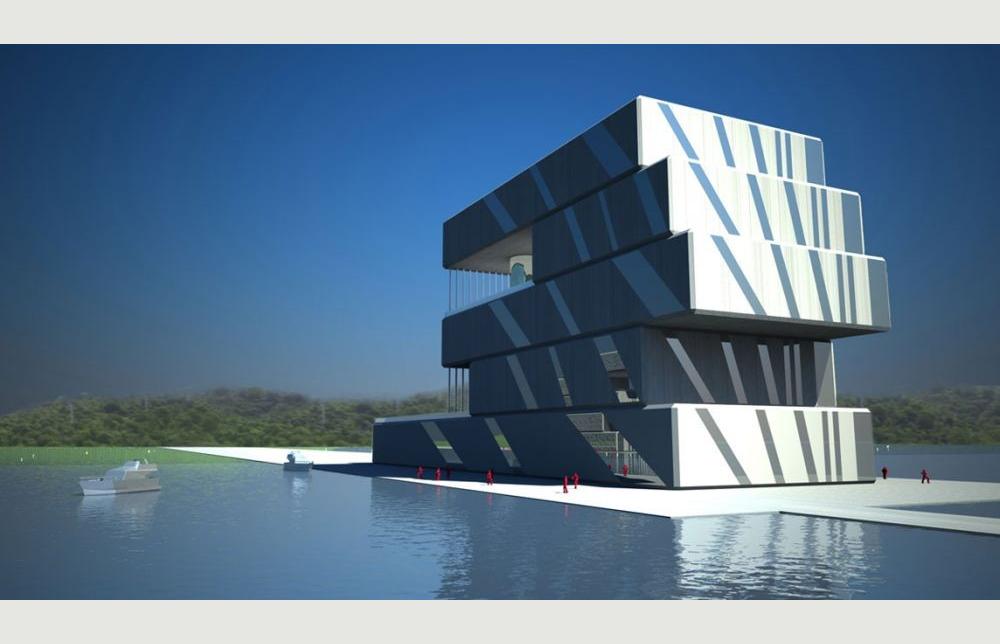 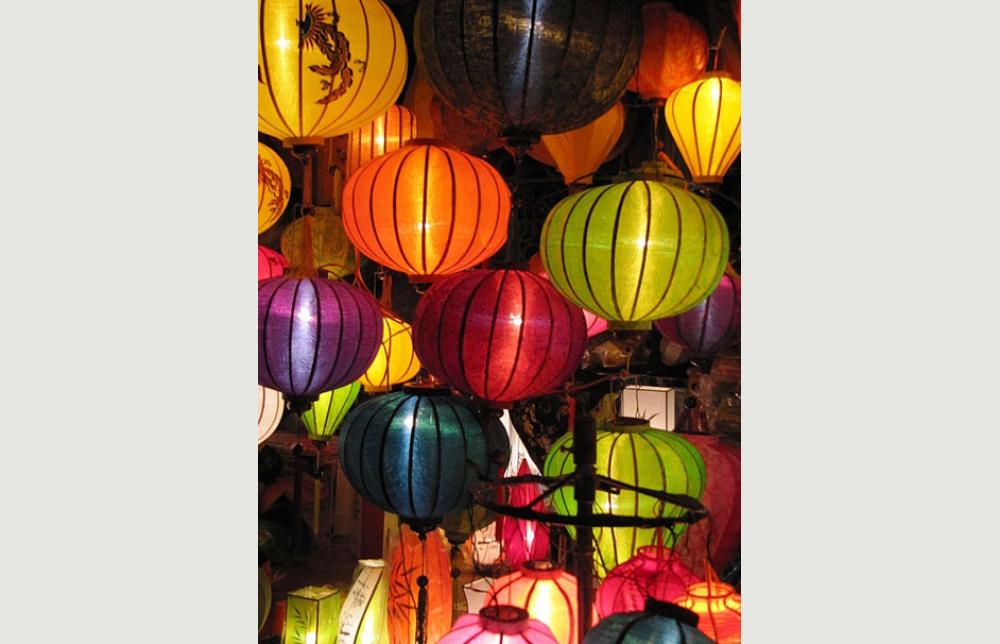 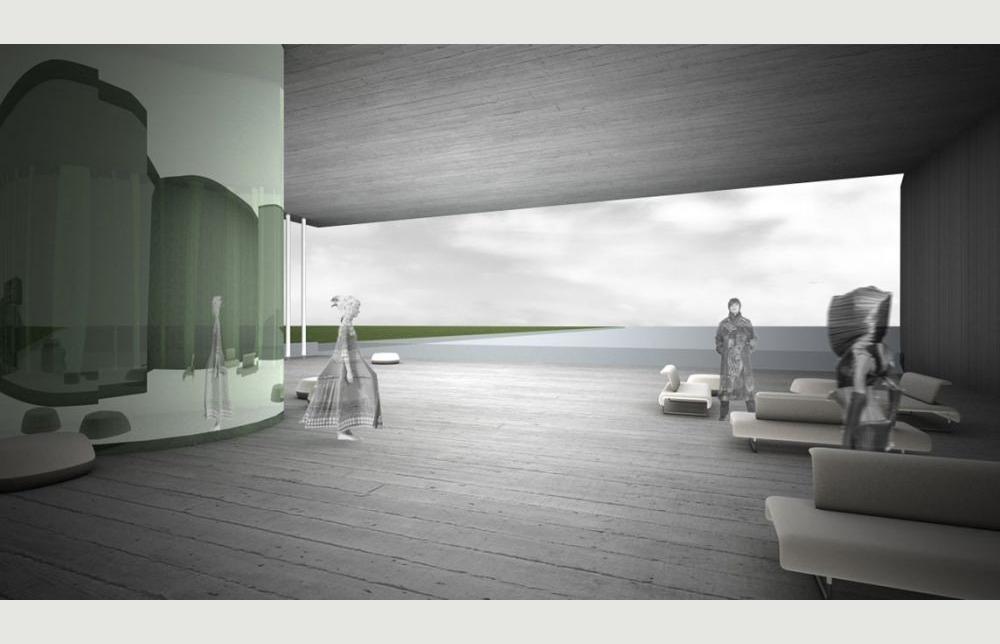 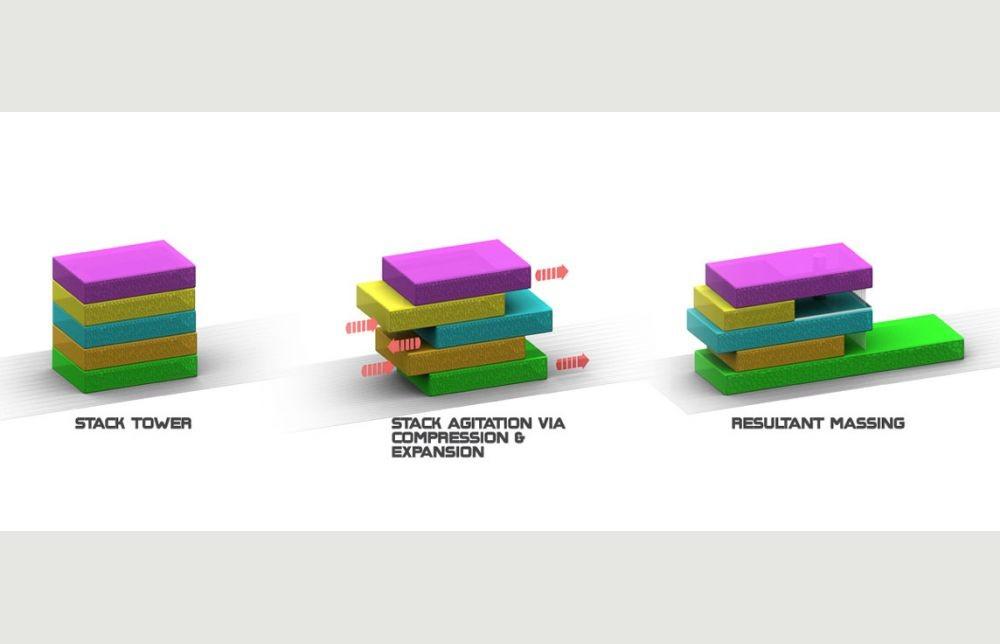 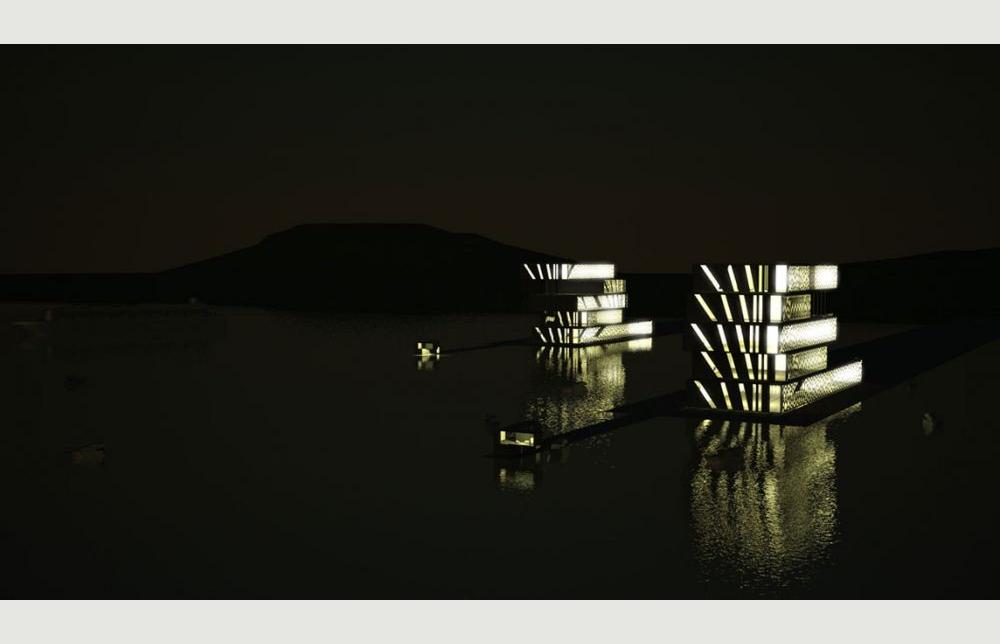 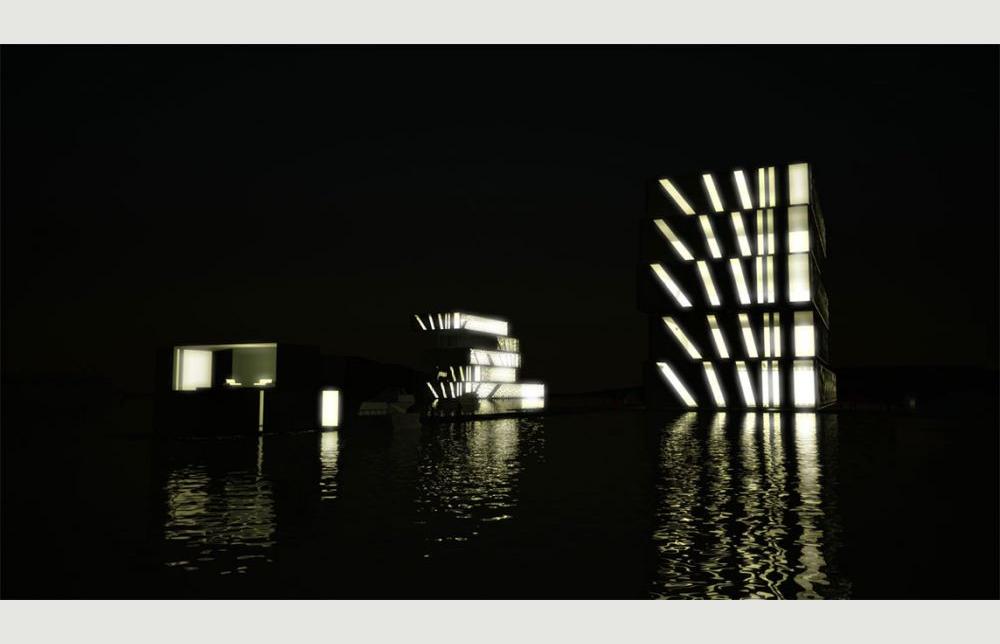 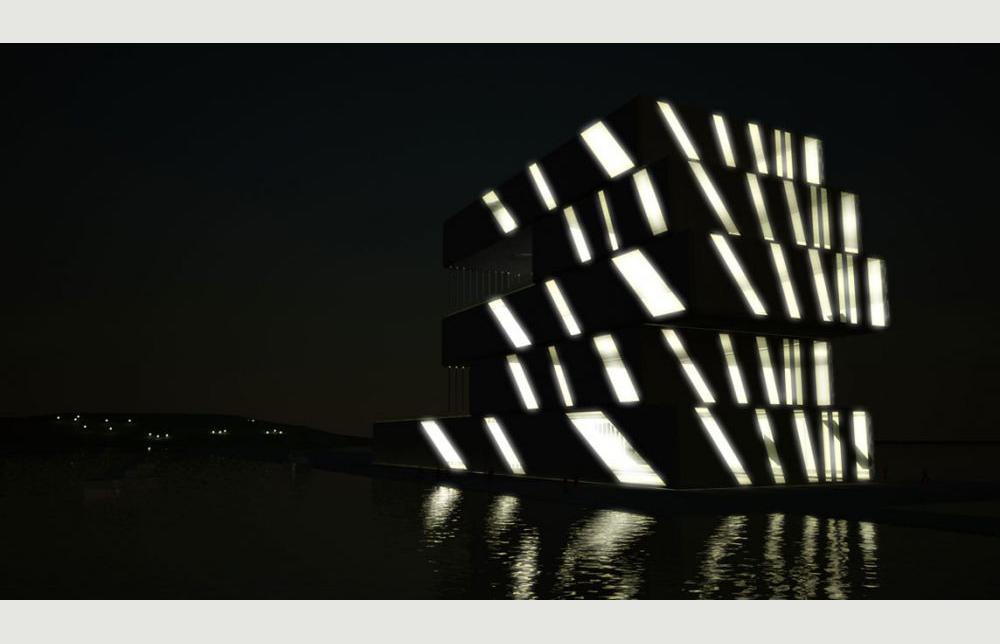 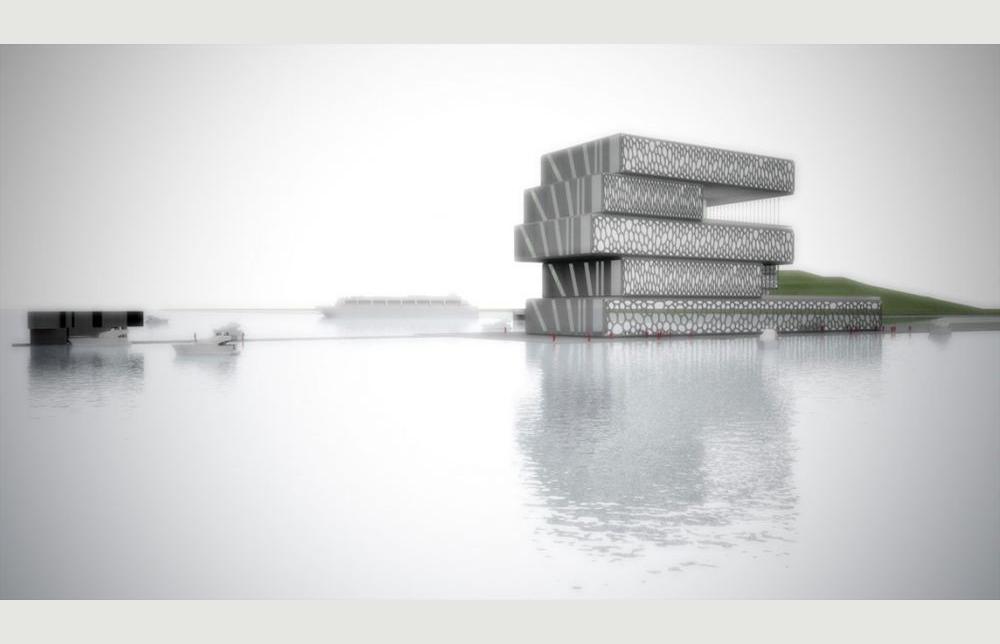 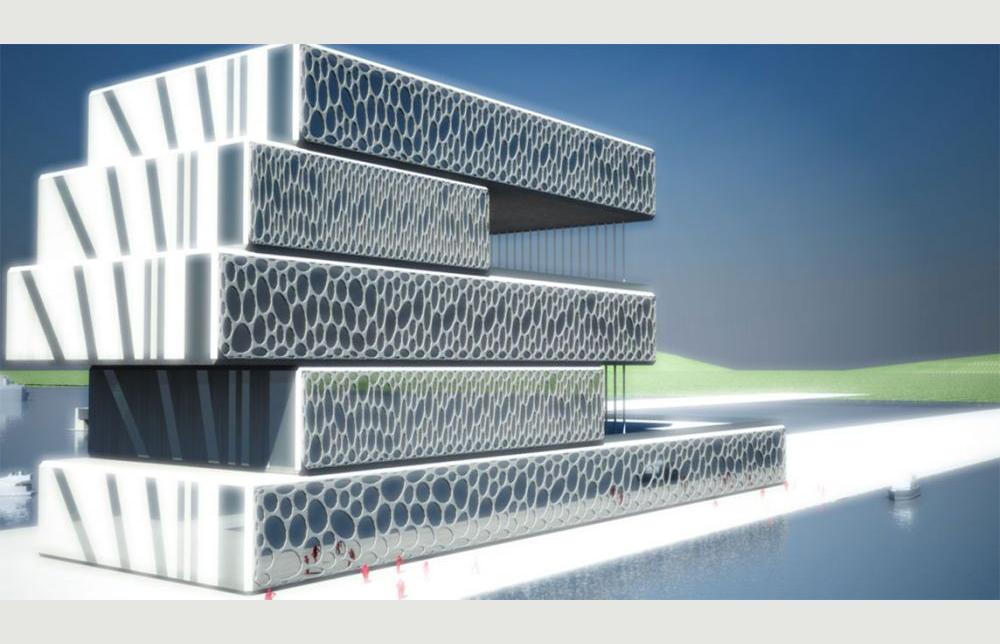 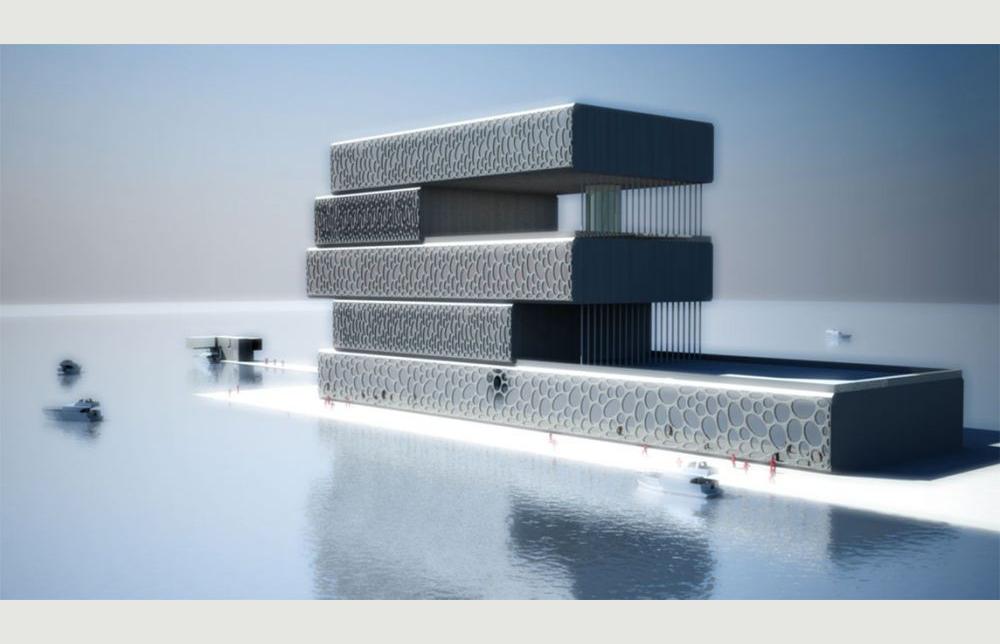 The traditional water lanterns of Hoi An, Vietnam, set the premise for this waterfront project in the search for a contextual architectural language.

The architectural programme called for a series of waterfront resort hotels to be set along the enchanting coast of Da Nang, a famed resort and port city in Central Vietnam. Rather than having the hotels to be built hugging the coastlines, the adventurous Client wanted to experiment with a different notion of a waterfront resort, with the complex literally extended into the ocean to obliterate from the coastline constraints and to have unobstructed views towards both the sea and the hinterland. Doing so will also refrain the development from affecting the natural coastline, with the sea pile foundation system posing as little interference to oceanic life as possible.

Rather than spreading out the resort into an extensive horizontal network of programmes, as in a typical resort layout of detached villas with front administration back of house etc, instead a consolidated approach is adopted here whereby the programmes are stacked vertically in 10 storeys high thereby restraining their impact in terms of footprint.

Whilst optimising landuse in terms of consolidation, it is also imperative to address the presence of a tower in relation to its tranquil setting. A strategy to achieve this is to induce the appearance of a reduced number of storeys without physically having to do. Floors of similar programmes are relegated to a pair of 2, rendering the tower to appear as 5 instead of 10 storeys high. The tower height is further suppressed via a series of compression and expansion of the stack series, creating a seemingly moving tower that eludes the massiveness of a static form.

In the search for a contextual architectural language, I began to look at the enchanting and beautifully crafted water lanterns of Hoi An. The lanterns have been hung as symbols to seek good fortune and luck since the merchants of 16th century. What is intriguing is the ability of the lanterns to cast light and yet illuminating a soft glow through the intricate silk envelope.

Drawing inspirations from the lantern designs, diagonally cut fenestrations are placed along the perimeter of three sides of the stacked tower, along with a more intricate and organic patterned wall on the fourth side. Collectively, the faccedil;ade design allude to the lantern146;s ability to present momentary glimpses into the interior without revealing too much of the hotel146;s happenings within, very much like what the lantern146;s silk envelope does.