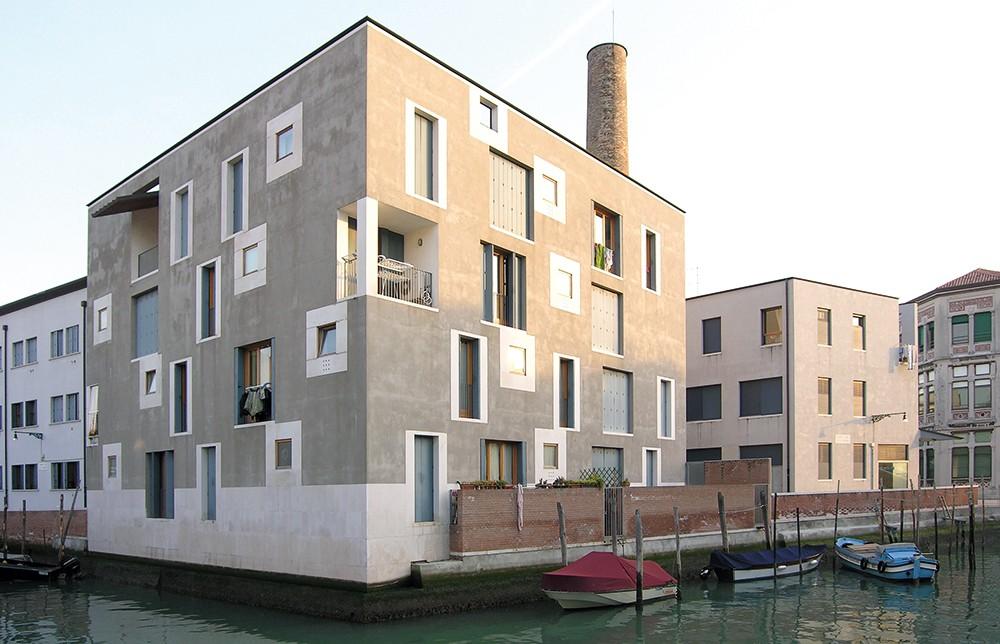 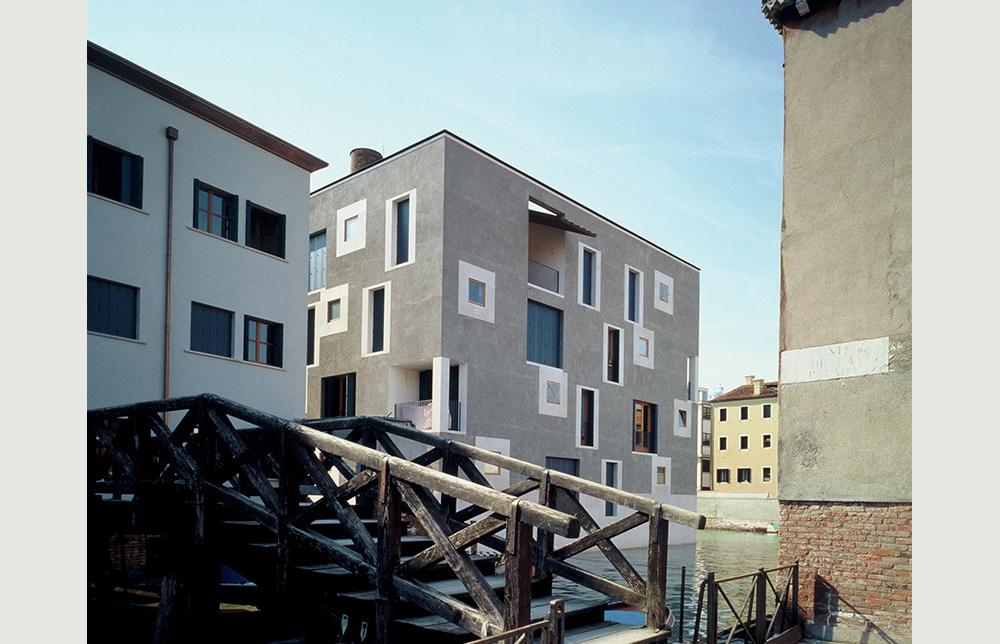 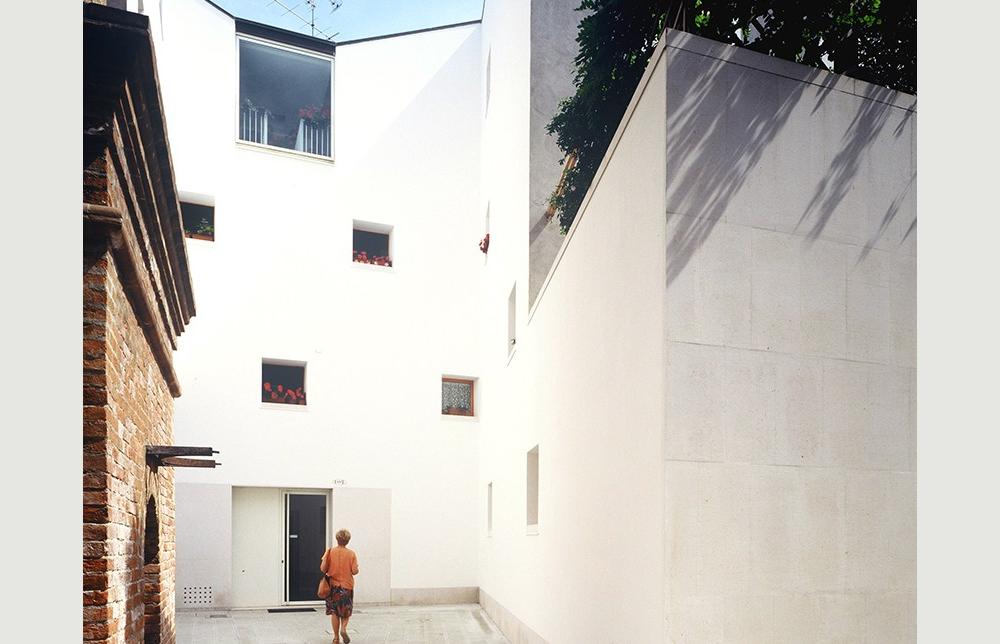 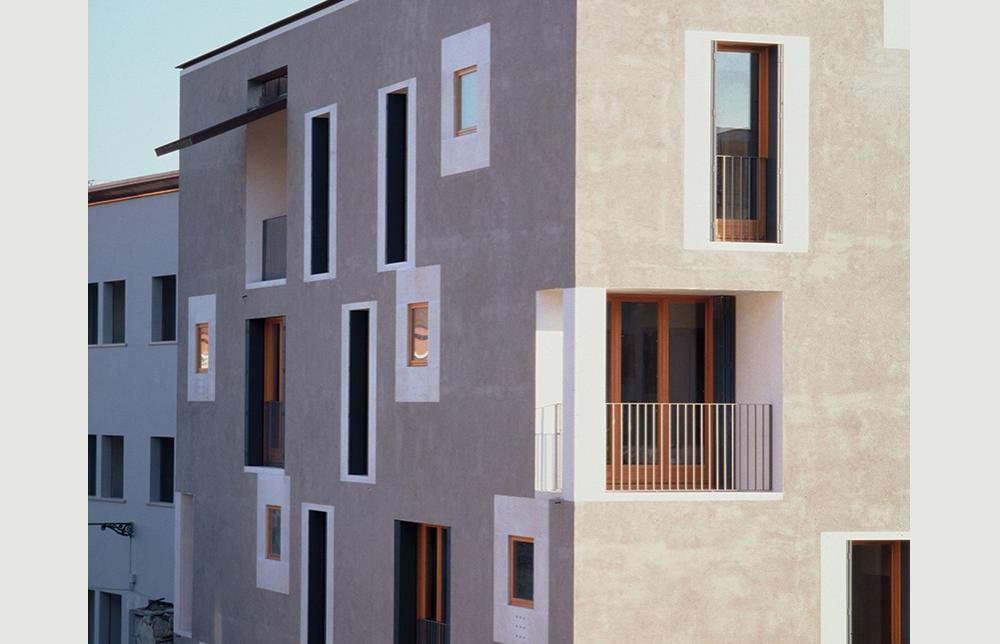 The urban layout of the project recognizes in the Giudecca island the presence of two heterogeneous scales: the one of the dense fabric on the North side of the island, and the more sparse one of the industrial precincts overlooking the Laguna. The project acts a sort of “microsurgery” in the former industrial area, alternating deep transformations (by refurbishment or new construction) to slight modifications of the existing buildings and open spaces. The ex-Junghans precinct is thus opened up to the city, donating to it a new outlook on the extraordinary Laguna landscape, with a long square which overlooks the garden of the existing school and a new canal which crosses the south residential fabric. The project tries to establish a contemporary relationship with tradition and the uniqueness of Venice’s urban landscape. If the complexity and the historical stratification of the city are often deformed by the pink lenses of its tourist image, the resistance to architectural Kitsch has to find sophisticated strategies, which force us to look with new eyes to the problems of modernity versus permanence. The new residential construction stands in the place of an existing building at the junction between two canals, preserving its smokestack as a document of the industrial past. Its cubical mass is excavated on the South side by a trapeze white-stuccoed court, an intimate space which leads to the only vertical distribution. If the materials and techniques used are very traditional, subtle alterations in their detailing reveal the impossibility of an historicist replica. The traditional white Istria stone corniche which borders the windows of the minor Venetian historical architecture is transfigured into a “graphic” motif, working on the different depths of the windows given by the different obscuring devices.