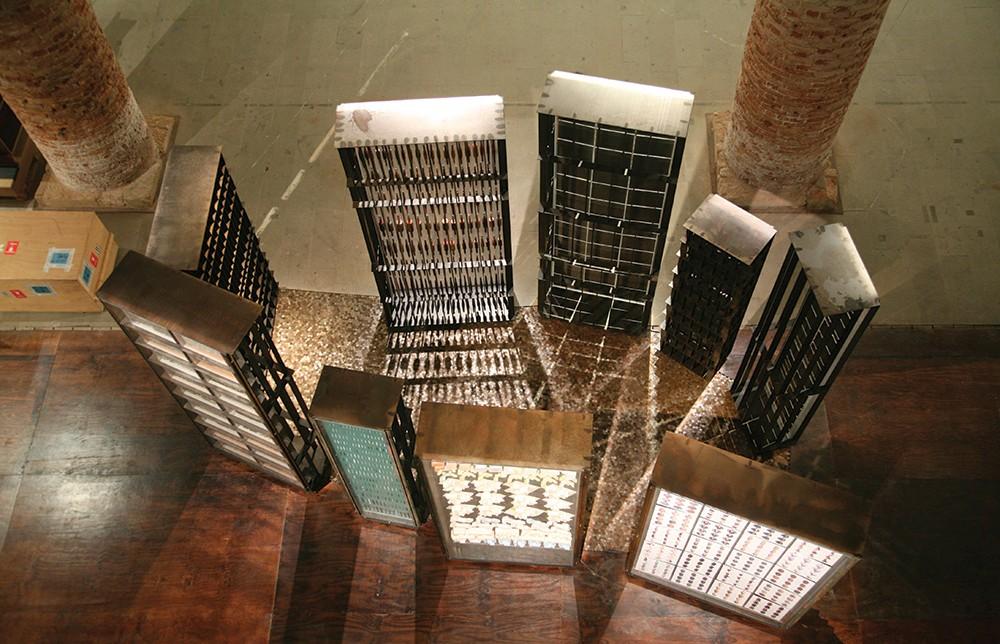 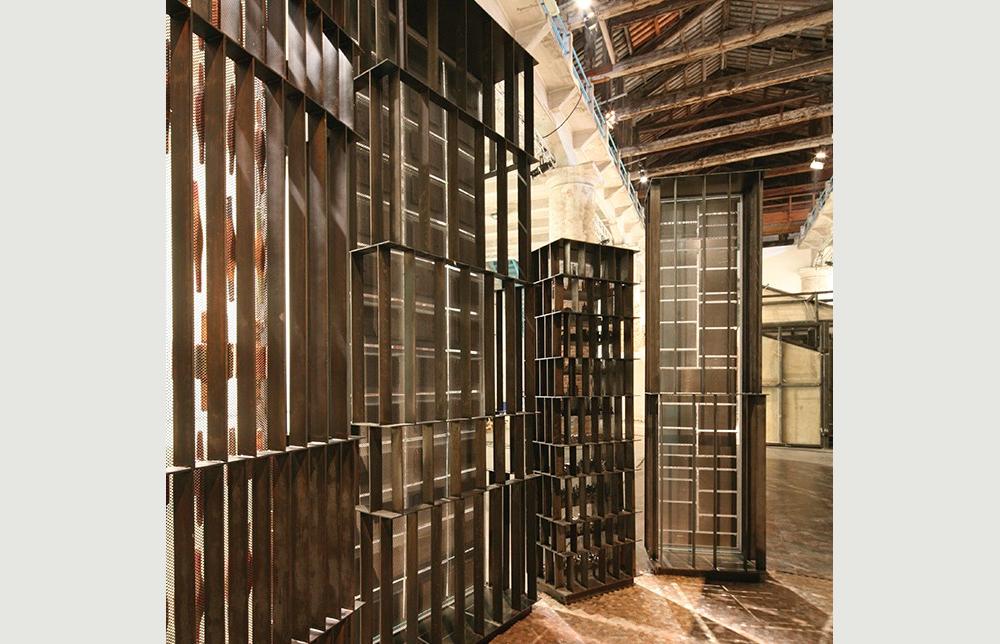 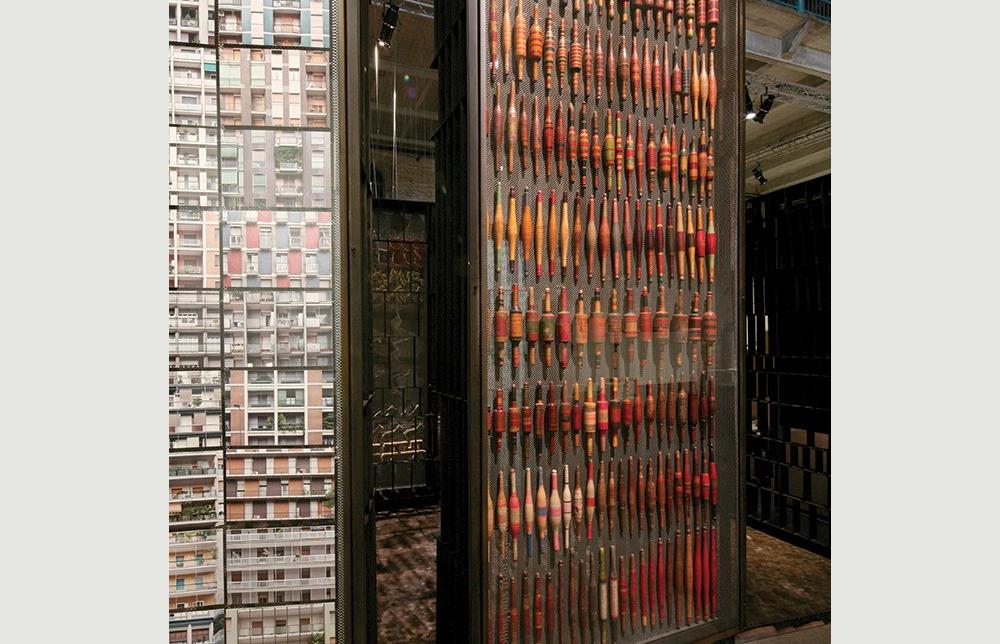 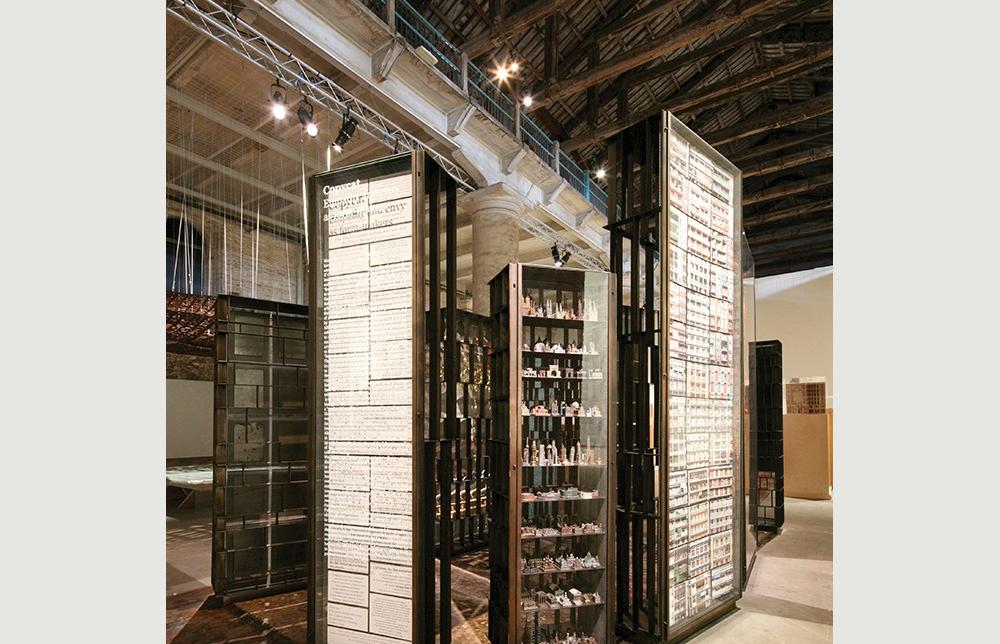 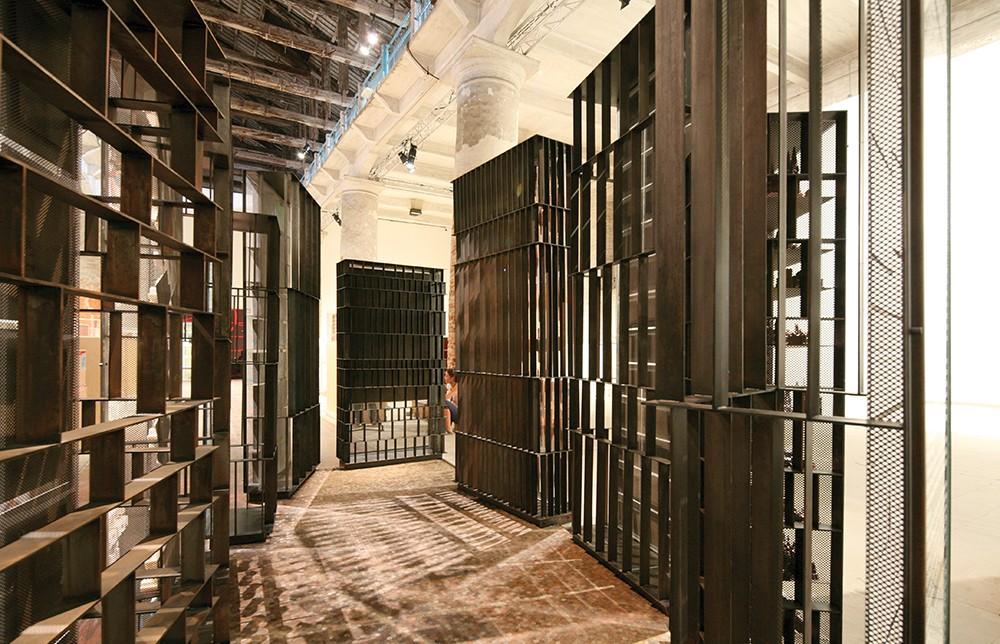 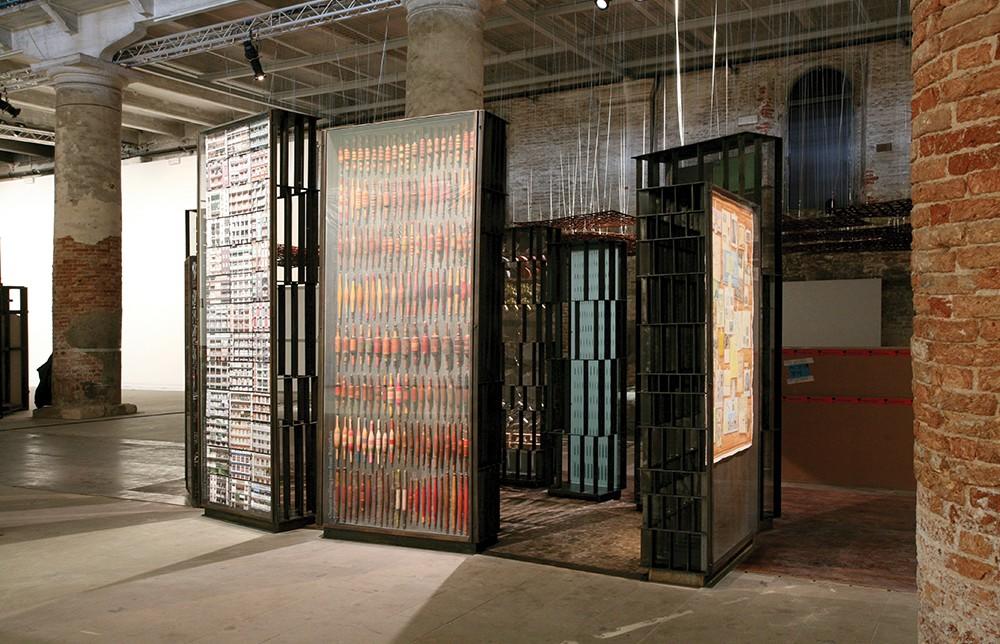 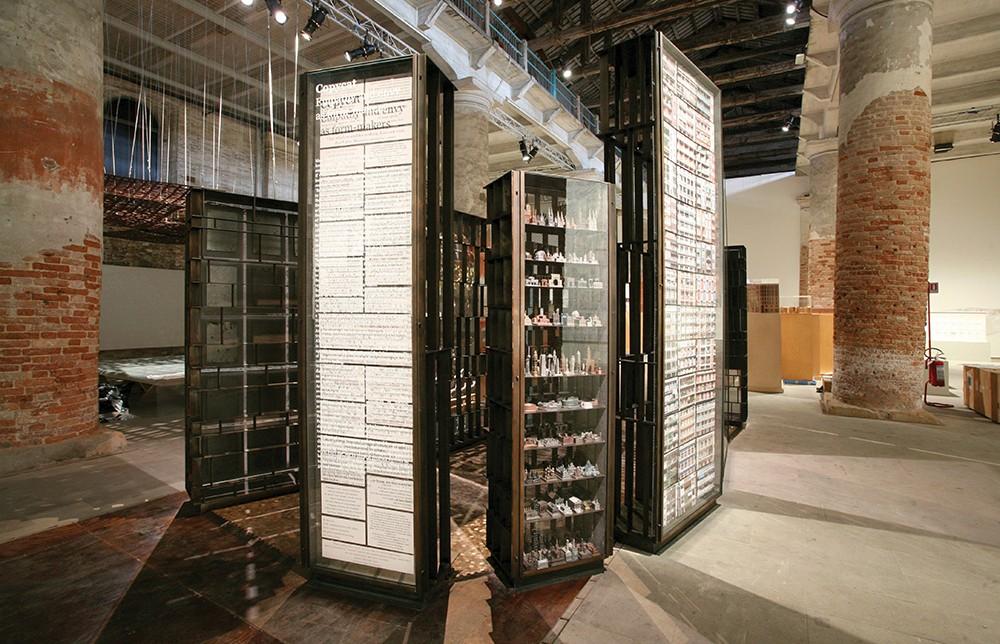 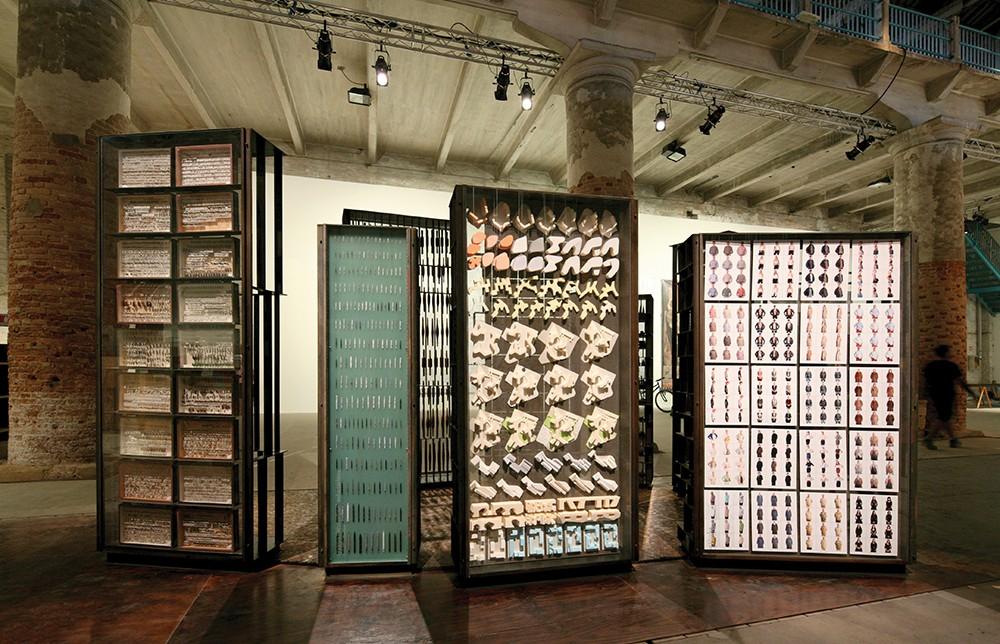 The installation by CZA gives body to the idea that formal cultures propagate through “contagious” processes which combine imitation and innovation, creating sequences of artefacts linked by subtle variations on a common theme. Nine metal cabinets are grouped around a central space paved with steel “cobblestones”. Each displays objects or images linked by this “almost-alike” principle: with entomological boxes, bread rolling pins from Rajasthan, pictures of Milanese Post-WWII façades by Giovanna Silva, scale models of submarines, pictures by Ari Versluis and Ellie Uyttenbroek of people dressed in similar fashions, souvenir buildings, an artwork by Charlie Roberts, architectural working models by CZA. Resemblance, rather than “originality”, is what permits dialogue among humans, and what gives form to the urban environments that we recognize as the beloved backdrops to our lives.