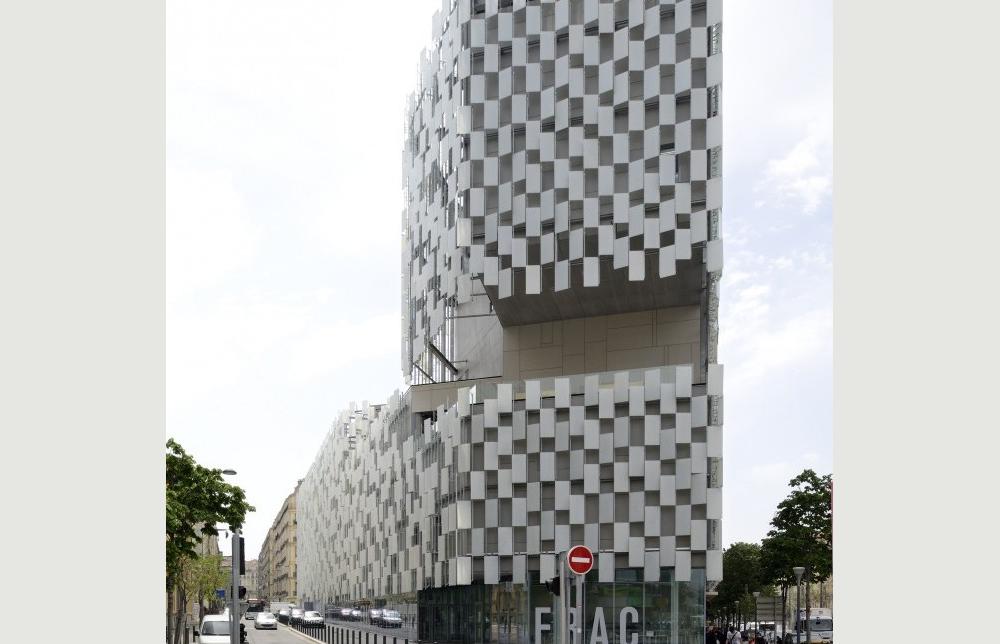 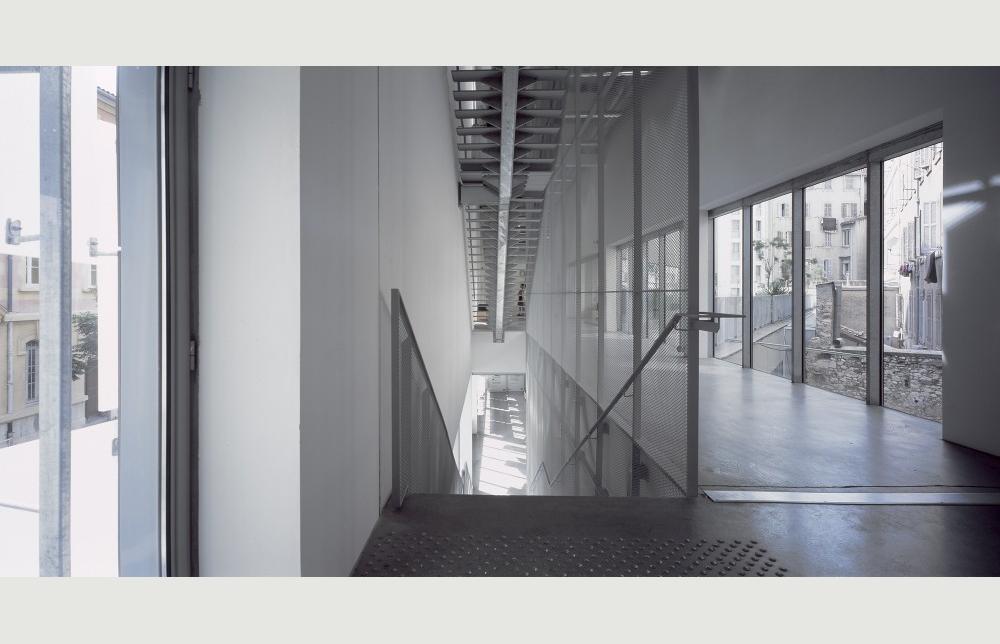 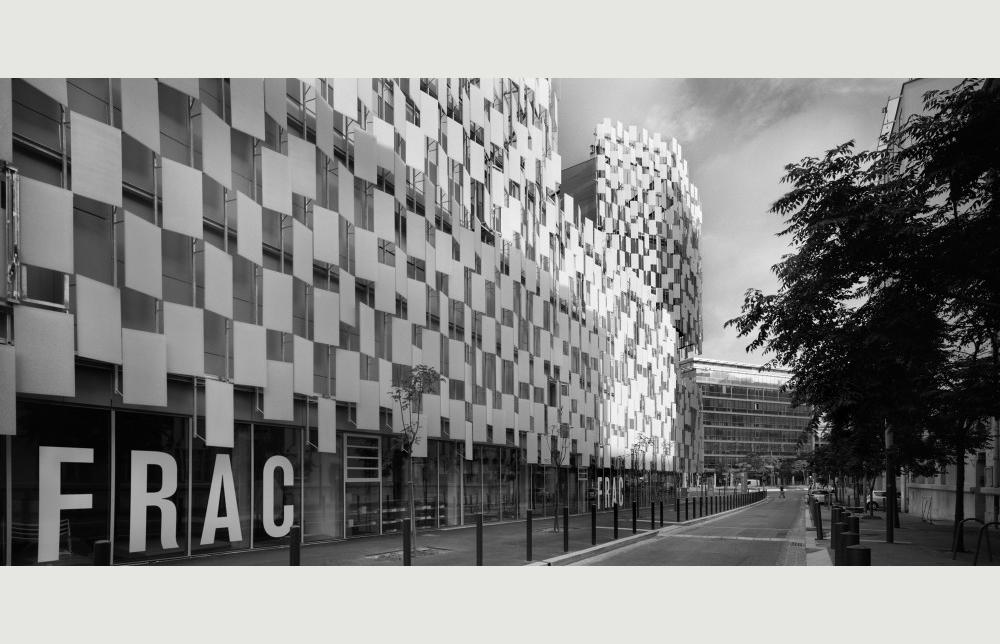 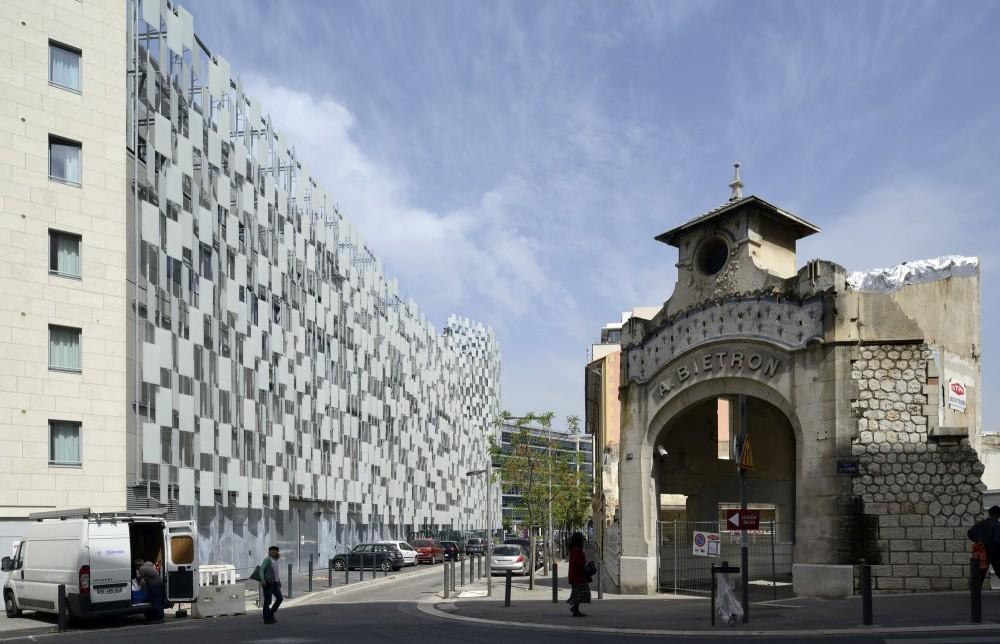 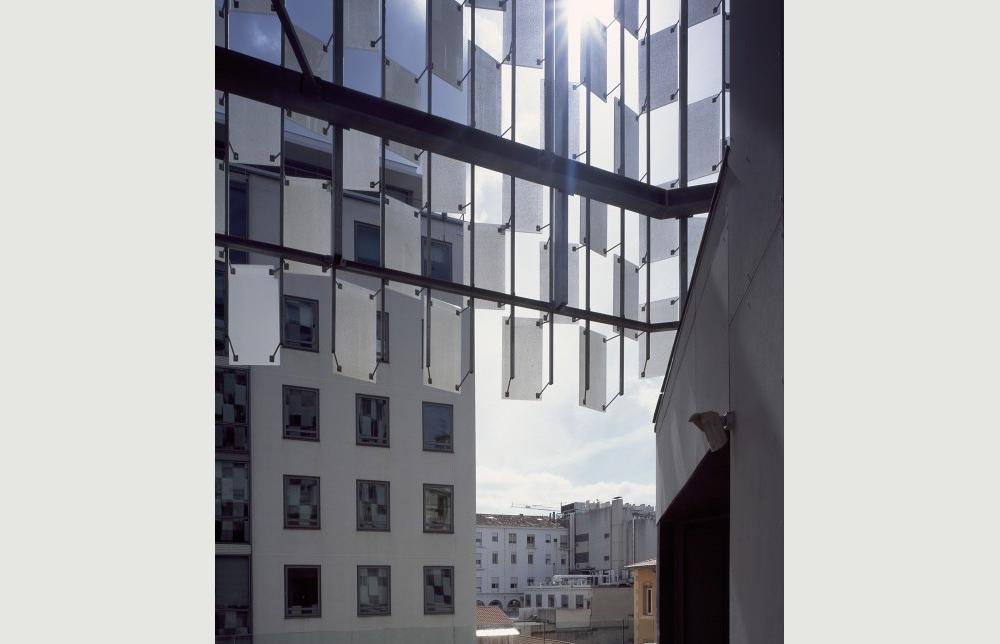 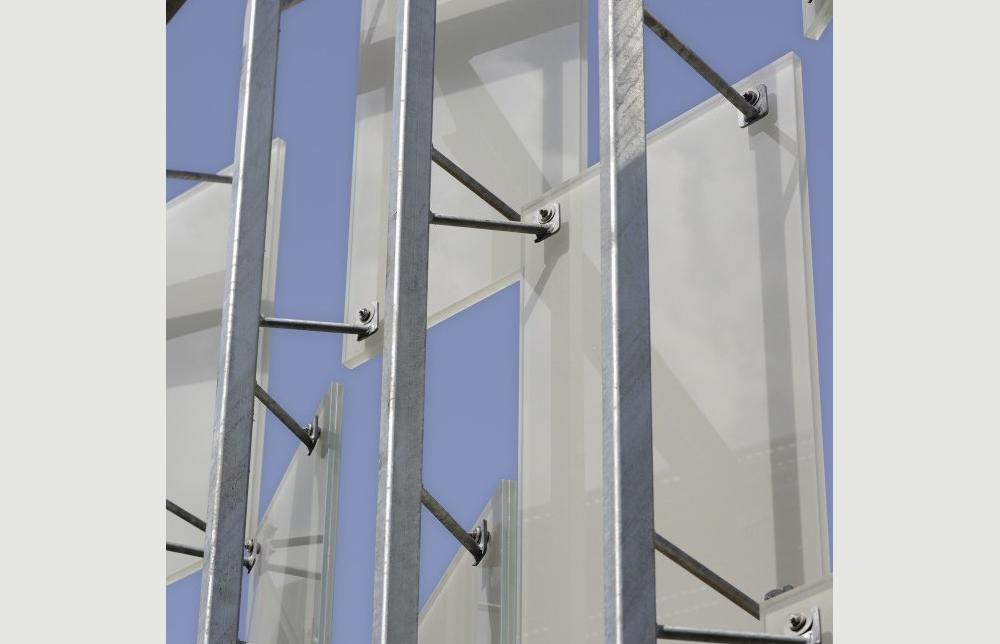 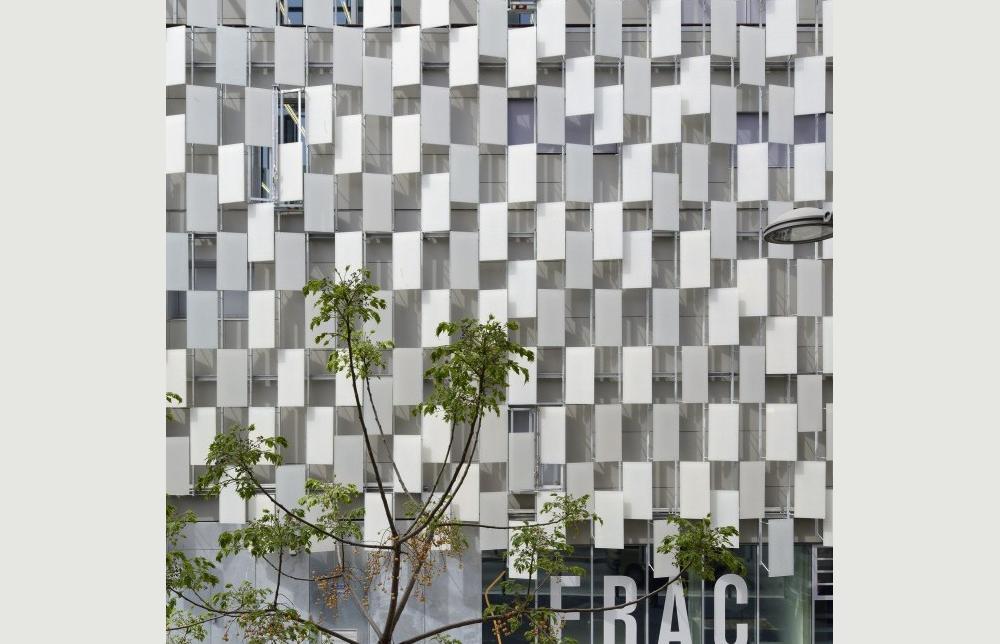 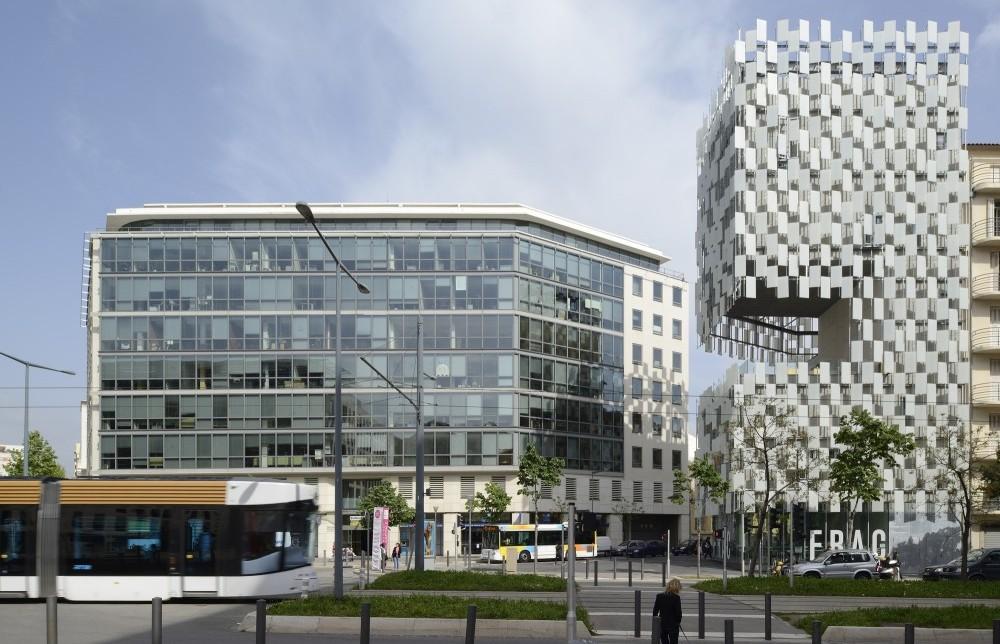 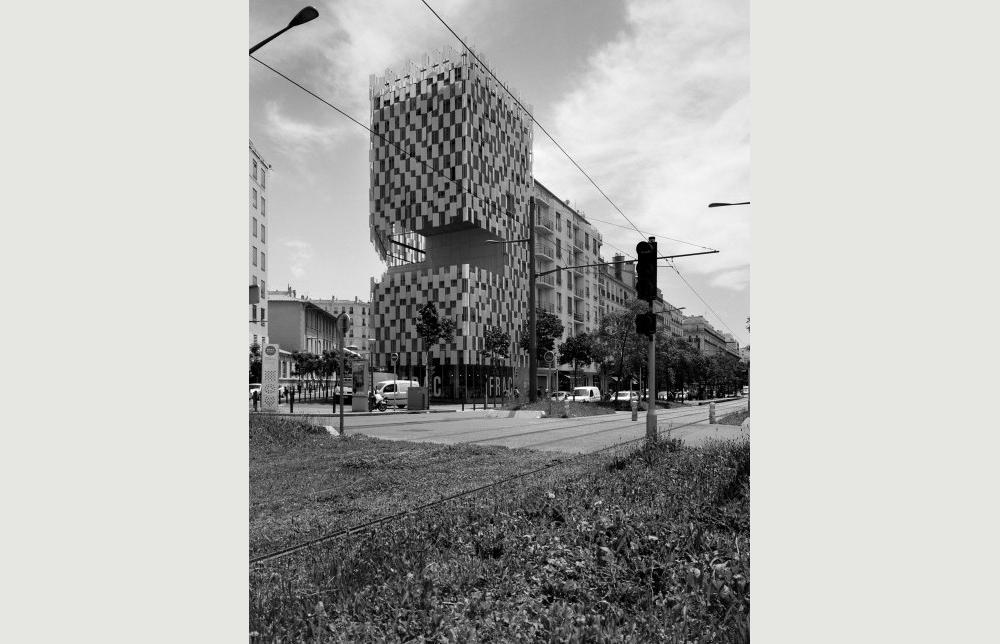 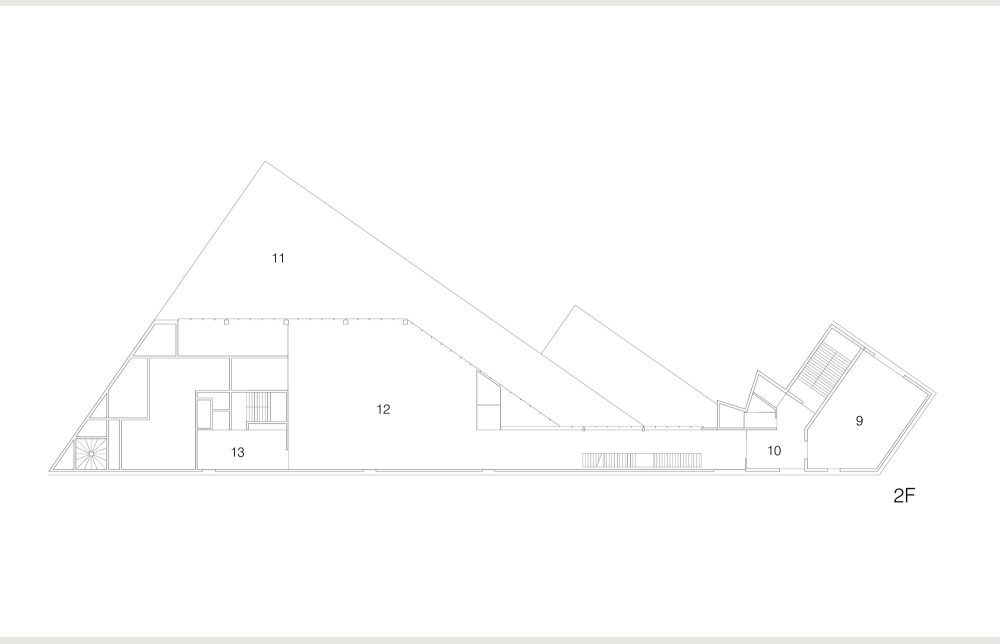 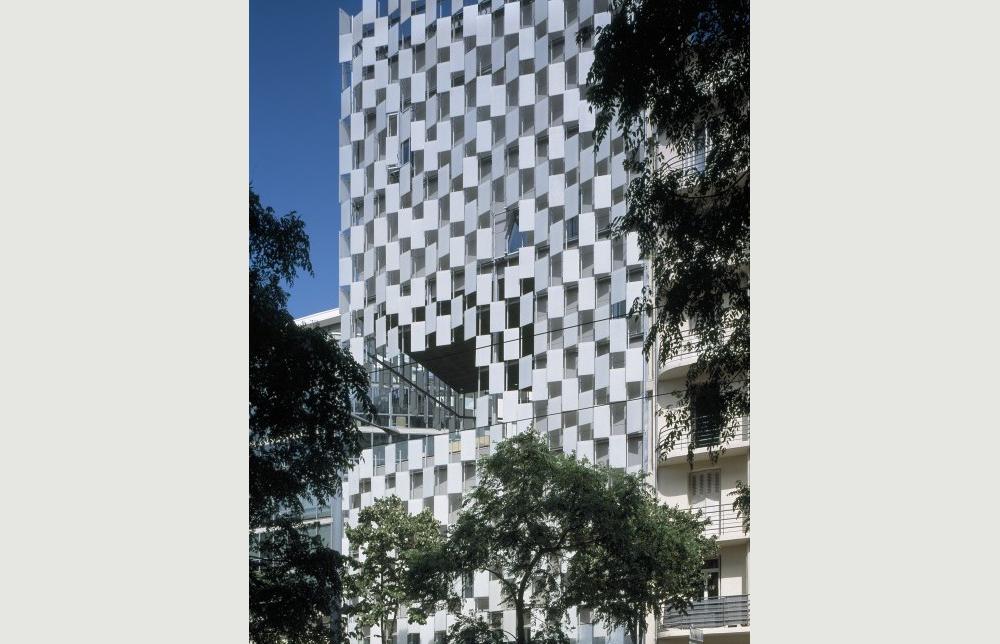 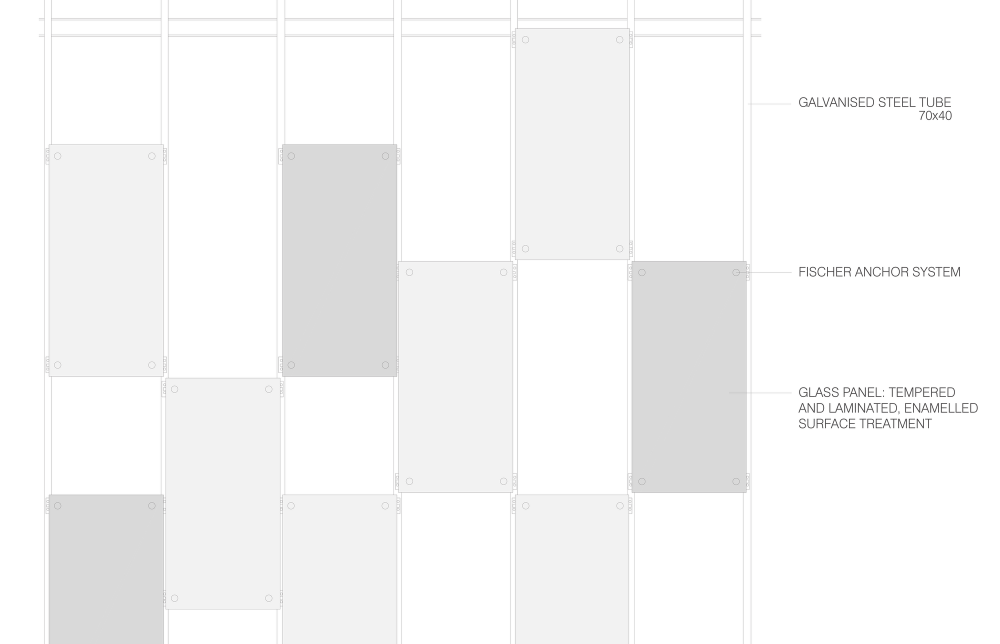 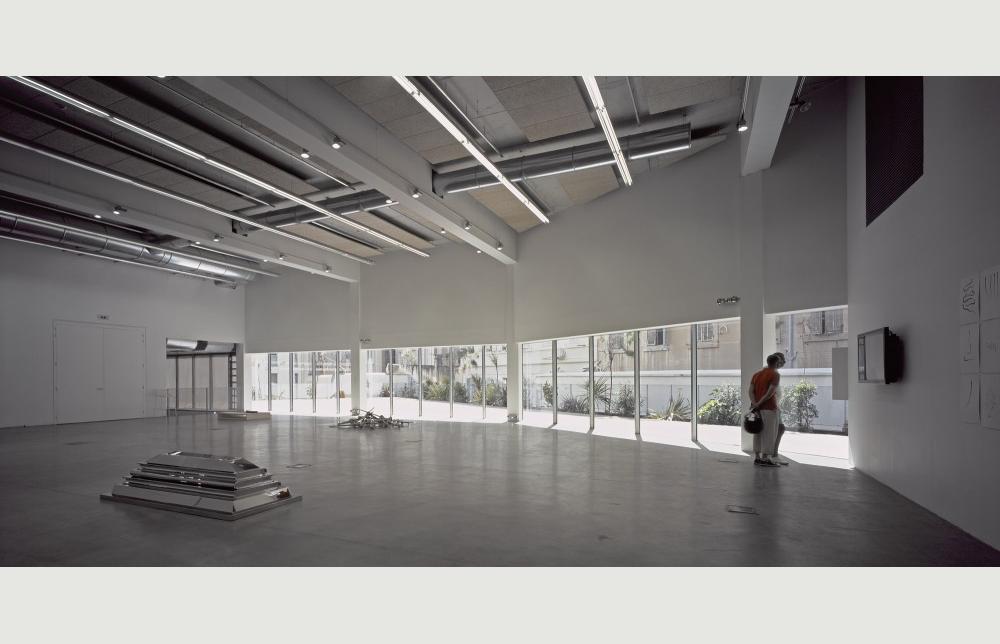 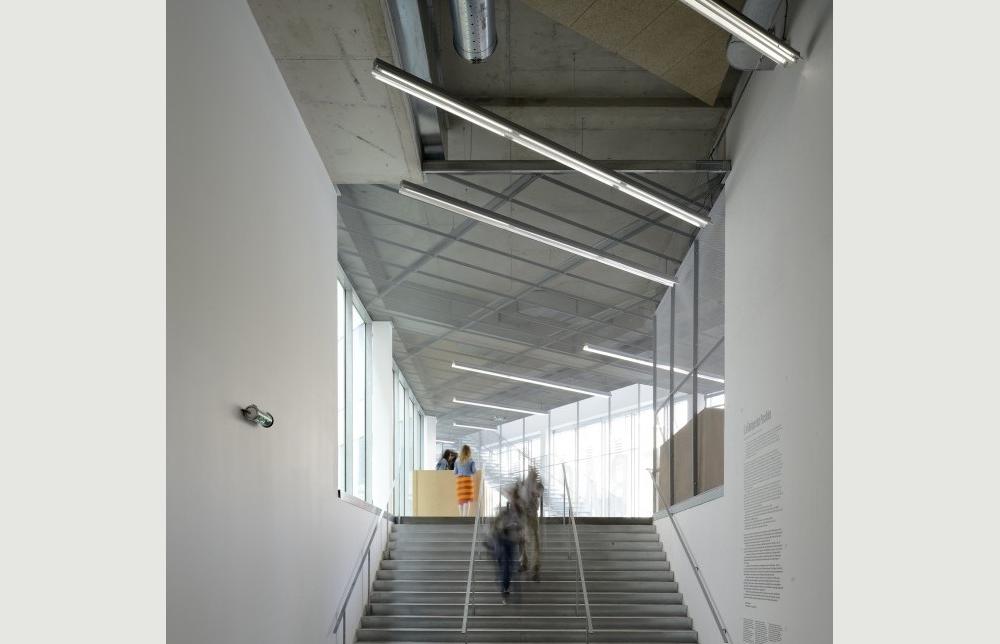 The project of the contemporary art center (FRAC) for the region Provence Alpes Cotes d’Azur (PACA) is the 3D version of the “museum without walls” invented by André Malraux, famous French writer and politician. It is a museum without a museum, a living and moving place, where the art pieces are in a constant movement and join the logic of diffusion and interaction with the visitors.

KKAA thought the FRAC as a signal in the city, which allows a better visibility to contemporary art.

The building stands up as a landmark which identity is clearly asserted.

It is composed with two recognizable parts:

–  A small tower with auditorium and children’s workshop, offers an upper terrace on the main boulevard.

These two clearly identified entities are connected between them by a set of footbridges and are unified by the envelope made by an glass skin, composed with panels with changing opacity.

The building explores the theme of the windows and openings on different scales. KKAA wishes to create a particular space of creation and life, which action and effect is bounded to the entire city, as well as the surrounding district and neighborhood (cafe-terrace…).