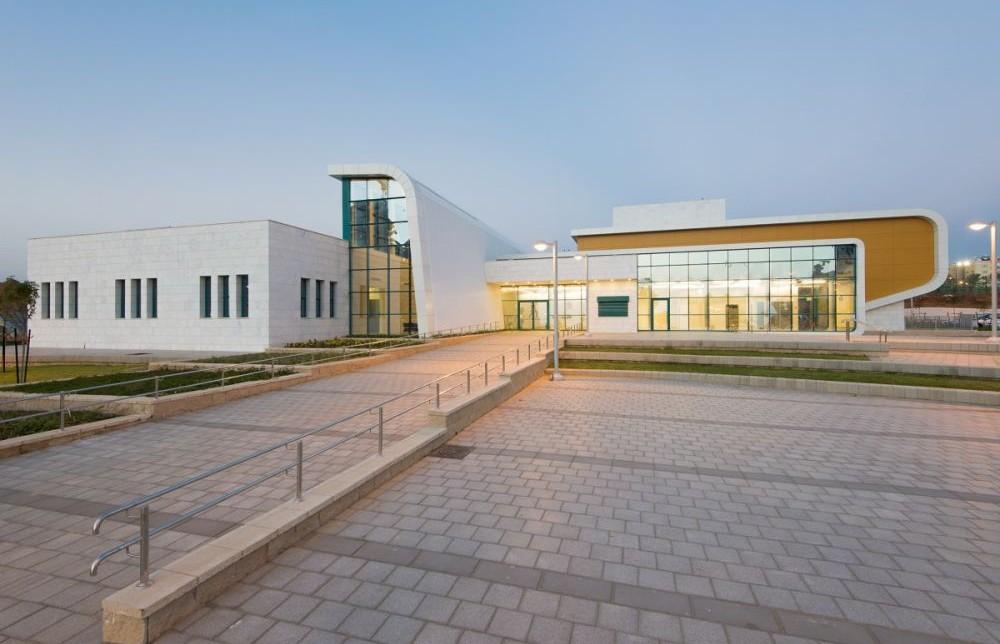 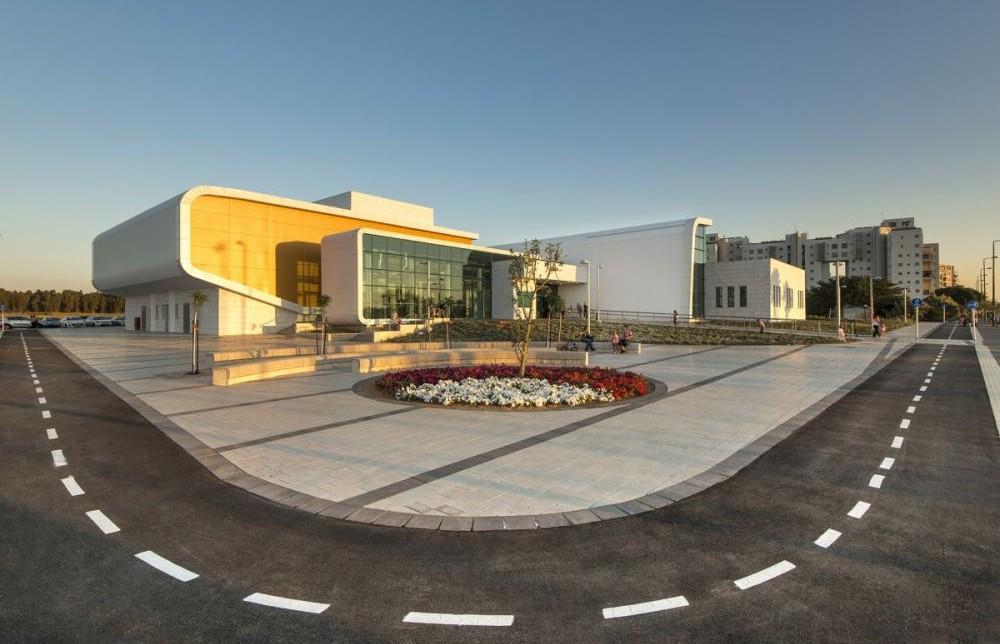 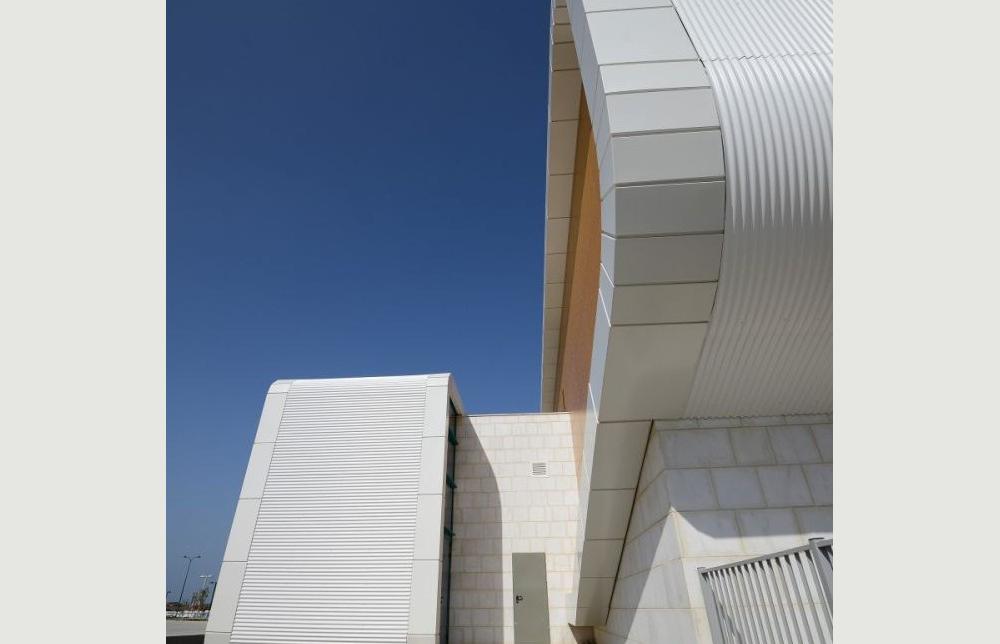 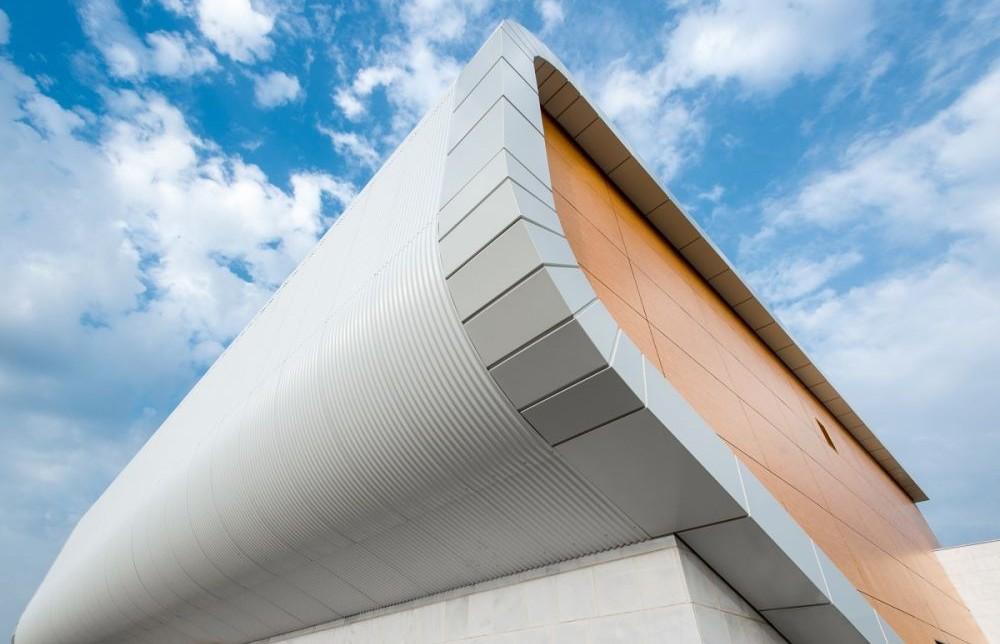 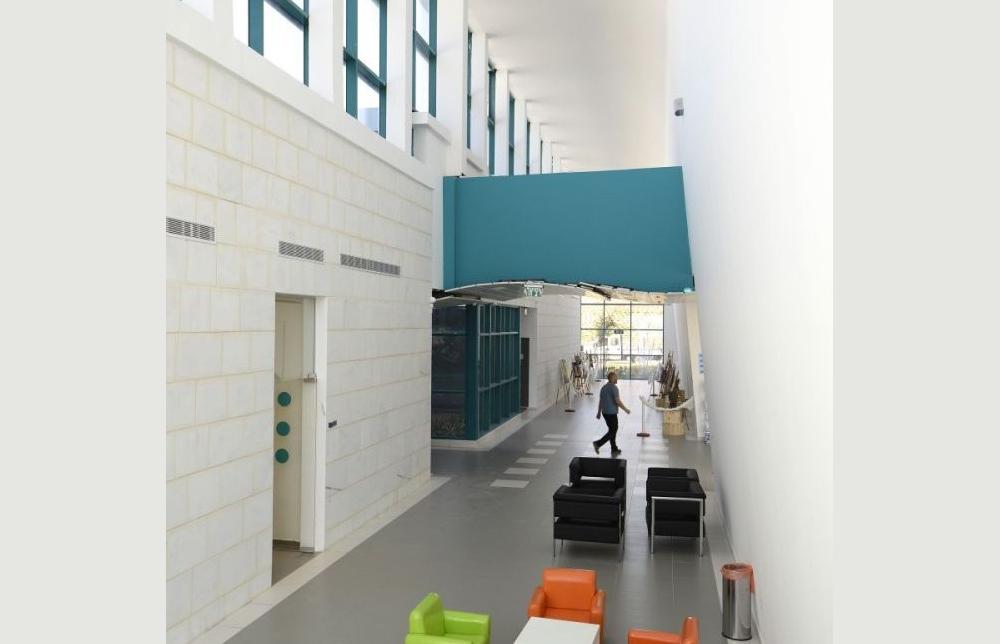 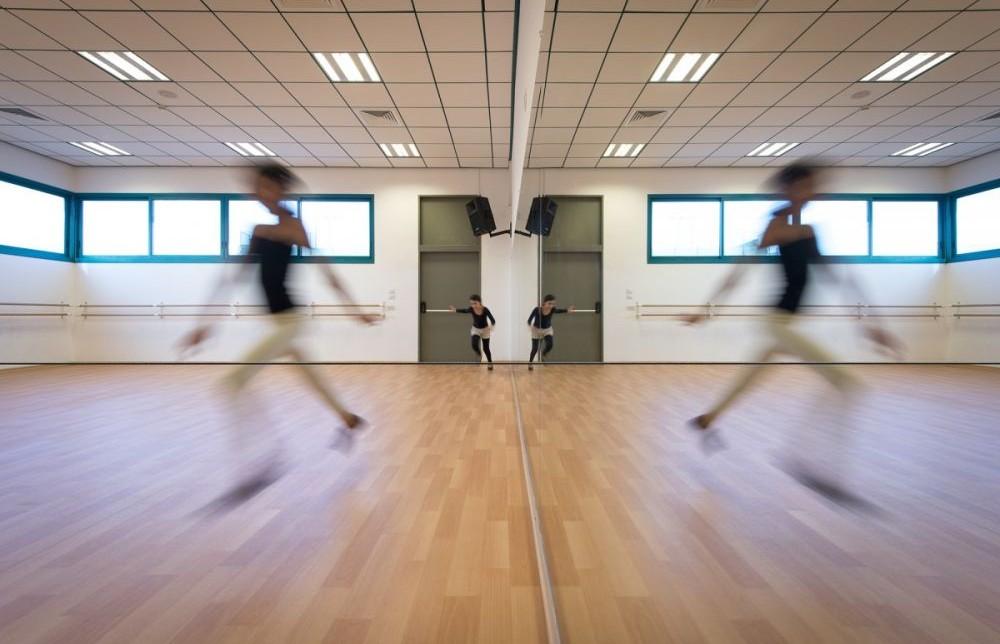 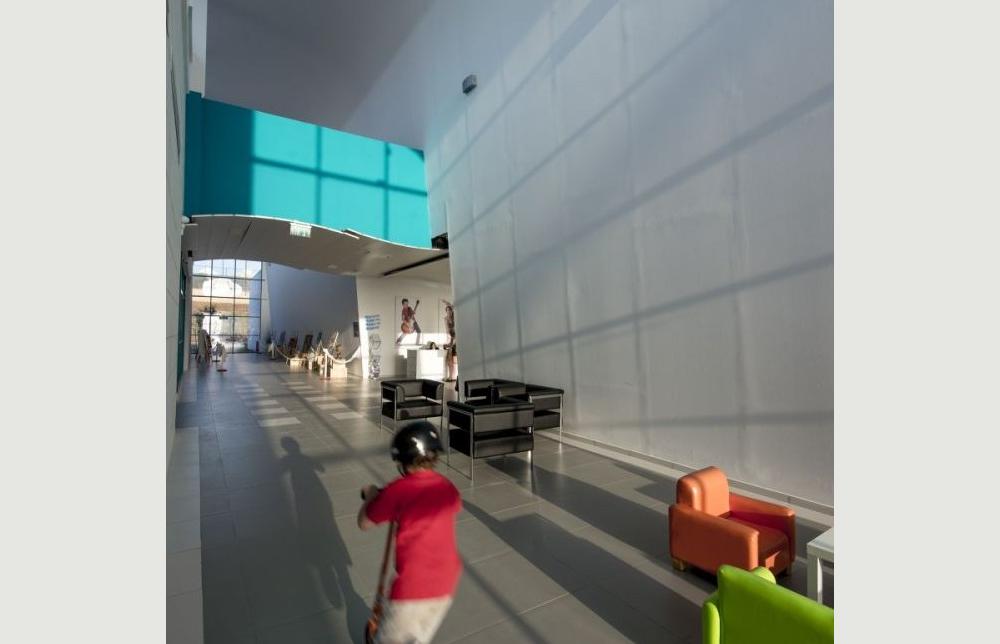 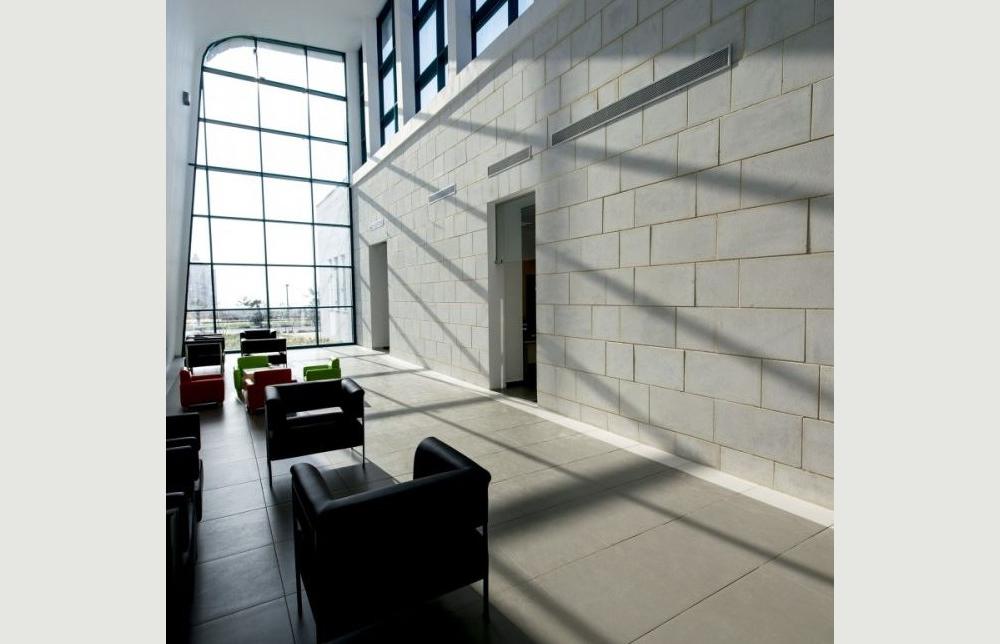 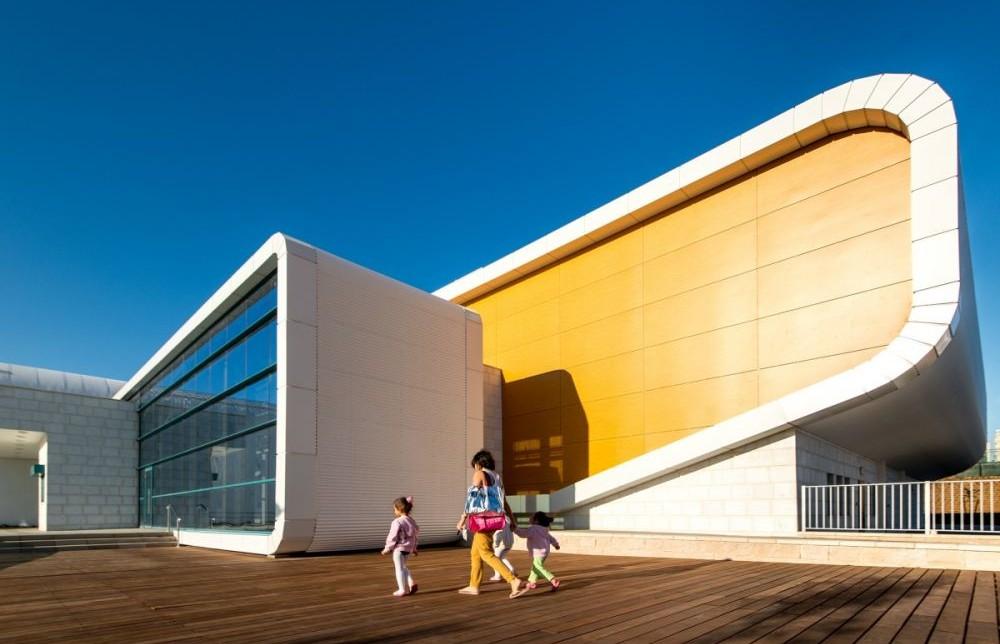 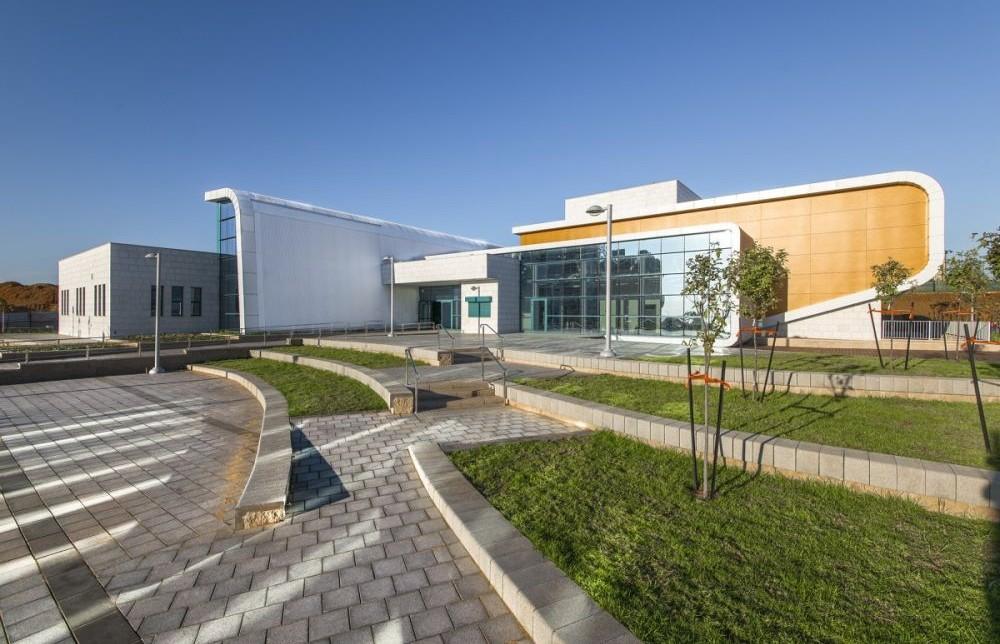 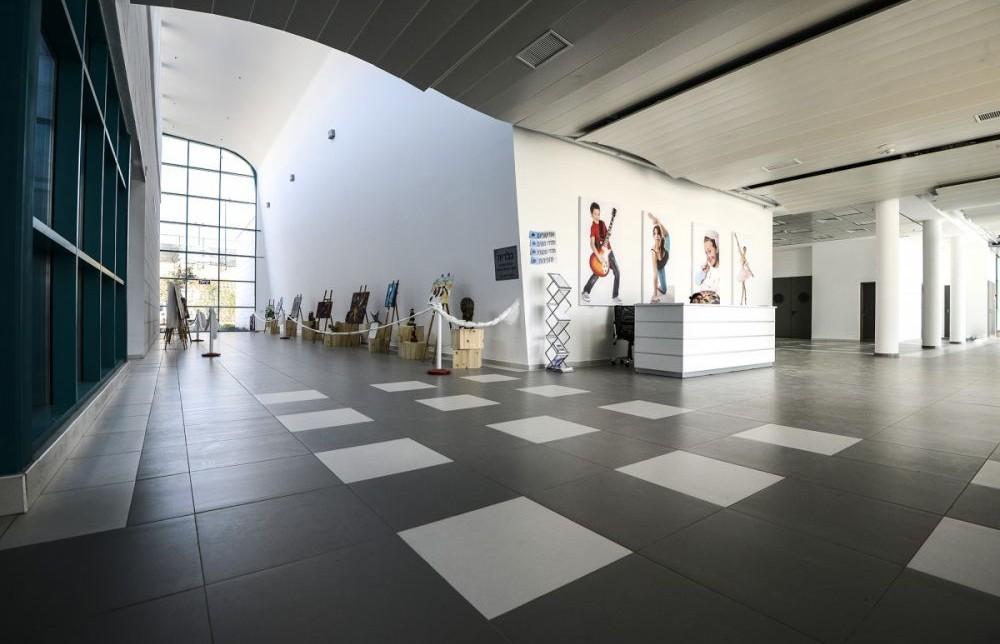 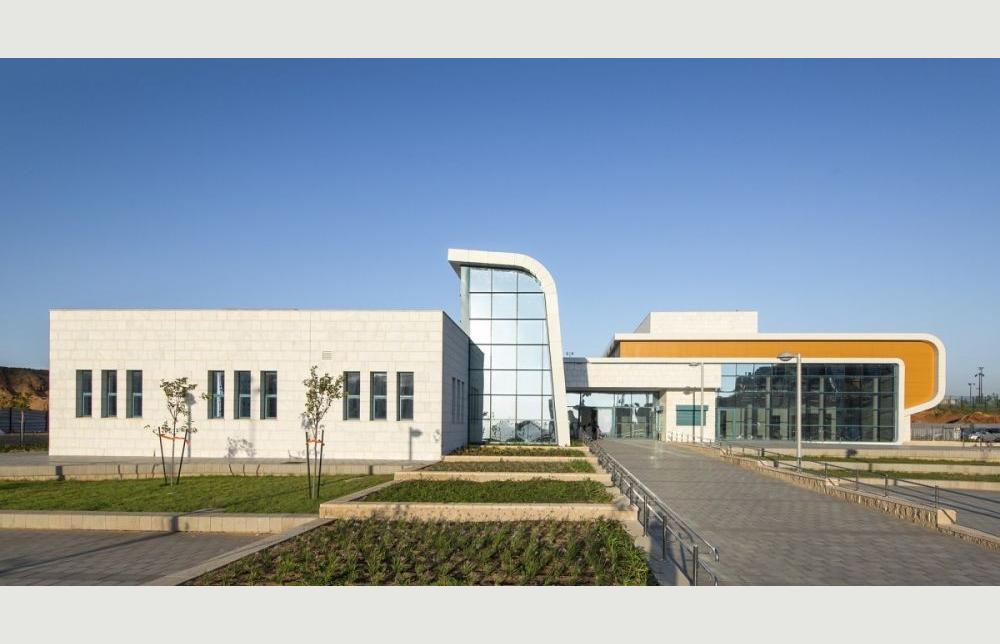 Planned and designed by Architect Zvi Mosessco Two neighborhood community centers located in two different residential quarters. These two buildings are mirror  images of each other. The building “footprint” (the green axis) creates a square in the façade of the plot and is built on the meeting between  the two axes: One is north – south facing the inner gardens, and the other east – west – facing the sea and directs the views to it (the  blue axis). The two axes divide the building into four sections – three blocks and one block built as a negative. The three blocks  are used for three different activity areas – group activity area, dance area and performances area. To each activity  area there is a lobby which connects to the main axes. The entrance is central and close to the meeting point of the axes while next to it there are ticket office and cafeteria  which includes a deck for outdoor reclining. The parking that extends from the south and east of the building is also used by the nearby school and is also used  for a loading and unloading of stage equipment.  In the planning of the building its location near high buildings was taken into account while planning the roofs and  systems equipment in a concealed manner (a fifth facade). Building design expresses the various functions of each region, including the two axes (blue and green) which are  crossing in a way that one may tell from the outside what is happening inside the building