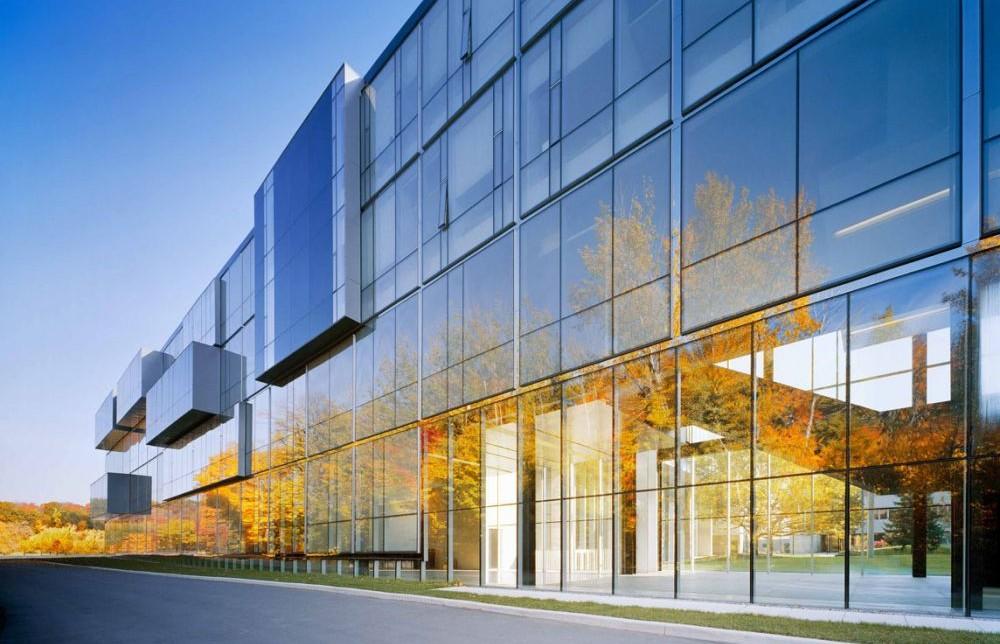 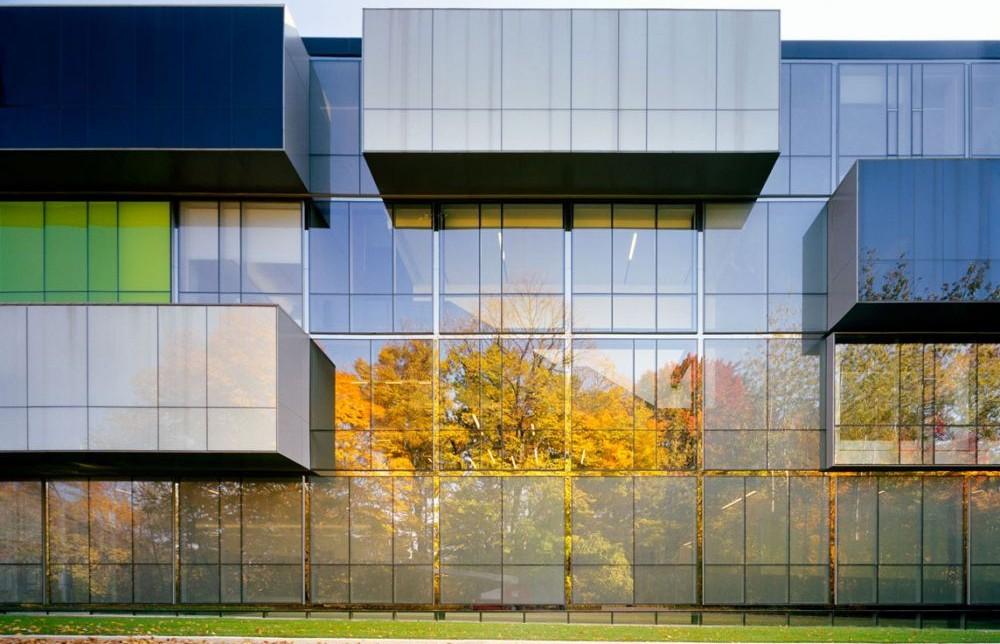 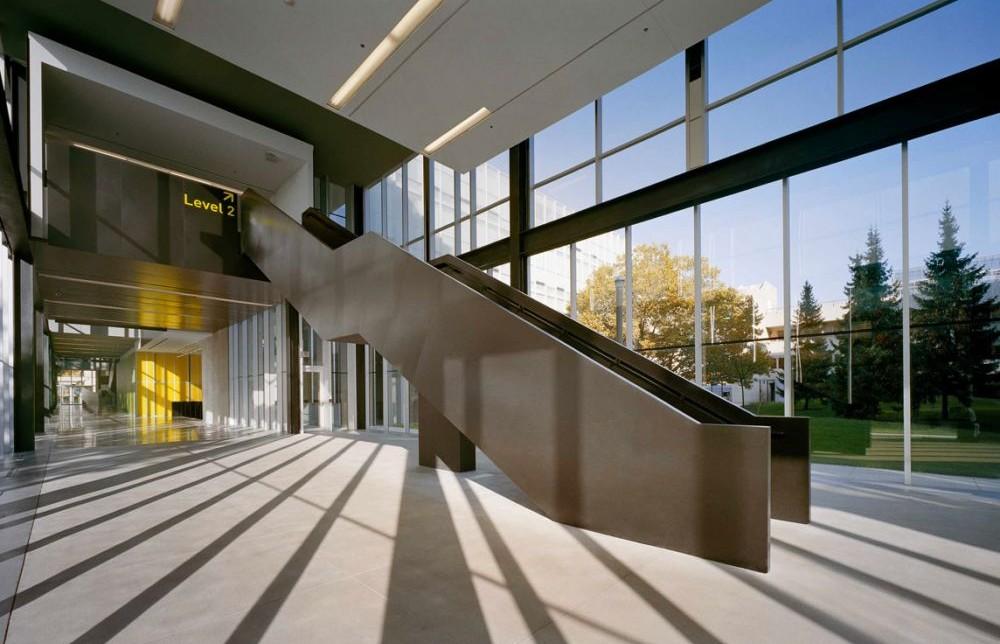 Located at the edge of the Campus, the new Communication, Culture and Technology Building assumes the role of an interface. Organized along the principal faade, the building is closely bordered by a park on one side and a new courtyard garden on the other. Its main circulation creates a linear public space that provides a line of connection between the Student Centre and the future library as well as between the landscape and the buildings public and educational spaces. CCT becomes a place of transition, adjacency and inhabitation all at once.

The glazed vertical surface of this connection acts as a thickened membrane which becomes a technological filter between the existing, natural material of the forest and the tamed, controlled environment of the building and its garden. At the level of the ground, the membrane is completely transparent; the line between exterior and interior disappears. The earth plane forms a continuous public room that slips into the building, flows through it toward the courtyard, onto the landscaped roof of the garage and into the campus beyond.

The offices and most of the classrooms are oriented either towards the park or the courtyard garden. Operable windows allow significant cross-ventilation of all common areas and provide a controlled passive cooling system for the offices.

The elevation plays between the rational and the intuitive, interfering with the integrity of the planar surface, not allowing the impression to coalesce easily into one image or a definable whole.

Like the bark of the London Plane trees conserved on the site, the layers of landscape detach and lift, establishing a new topography from which grow both the building and its garden landscape. Nestled into this landscape are the buildings mineral public functions Multi-Media Studio Theatre, the E-Gallery and the Image Bar, each with its own identity yet tied together by the new terrain. Continuous, interwoven strands of this topography lift and wind vertically through the structure, connecting spaces between the shifting program elements, which puncture the vertical faade membrane at its upper levels. This in-between space, occupied by platforms, bridges, stairs and ramps, fosters openness and interaction between the occupants, program and the outside environment, each allowed to flow through the envelope by means of the shifting solids. Fluid public space is thereby created, reinforcing the uniqueness of the campus.