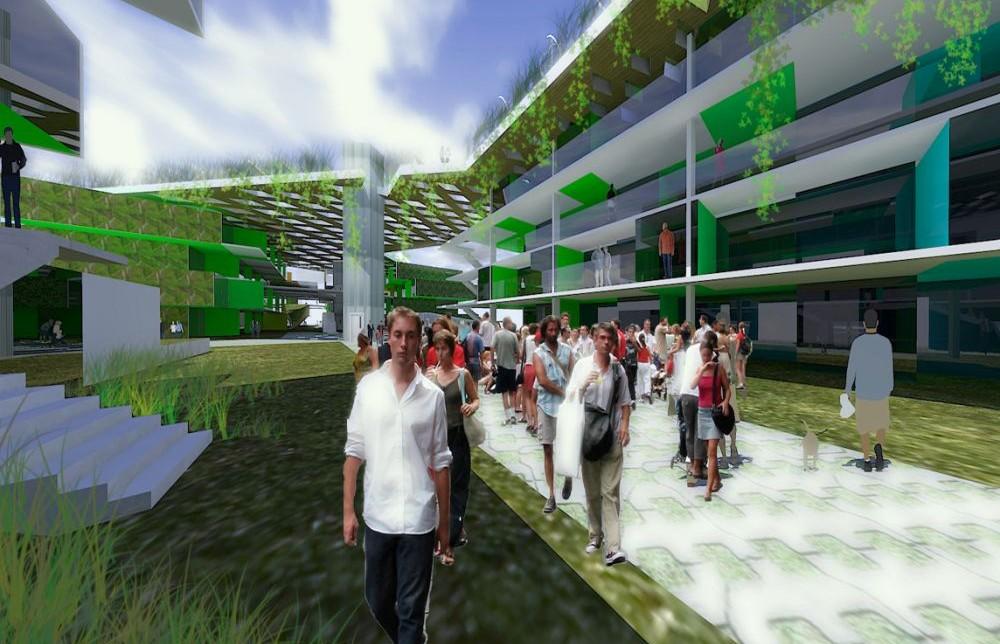 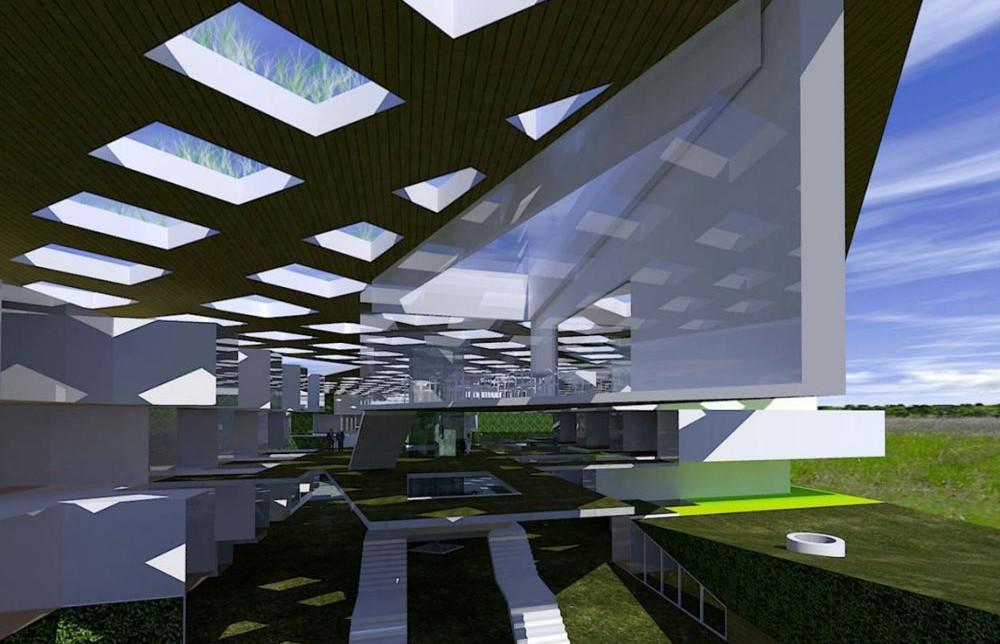 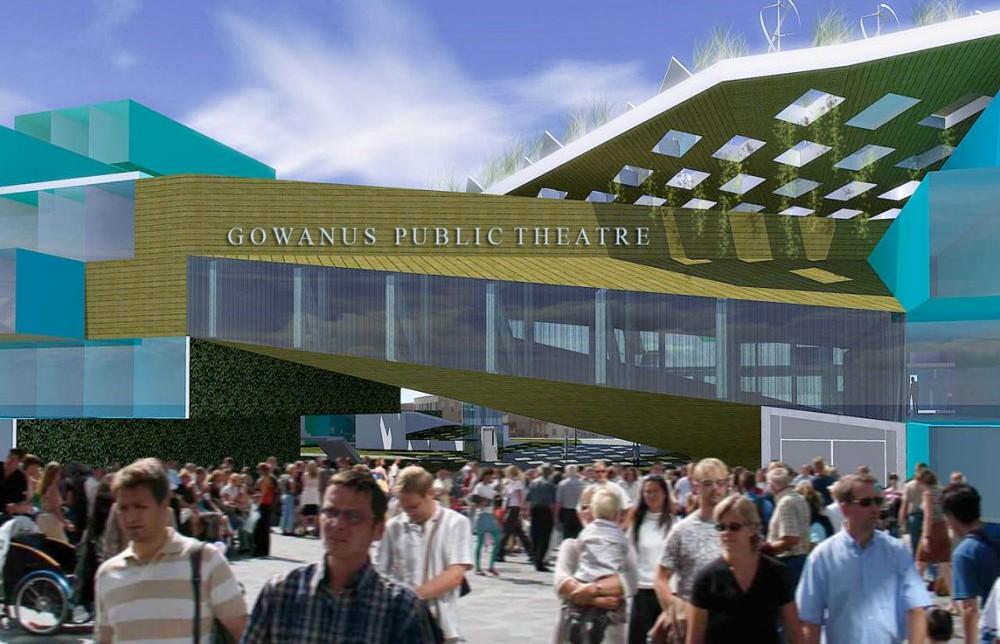 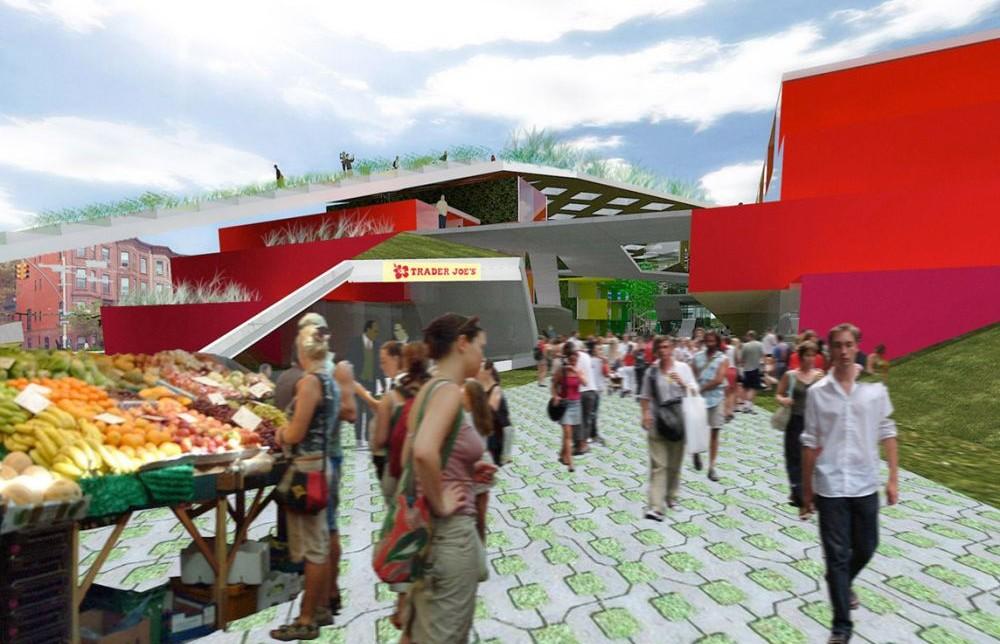 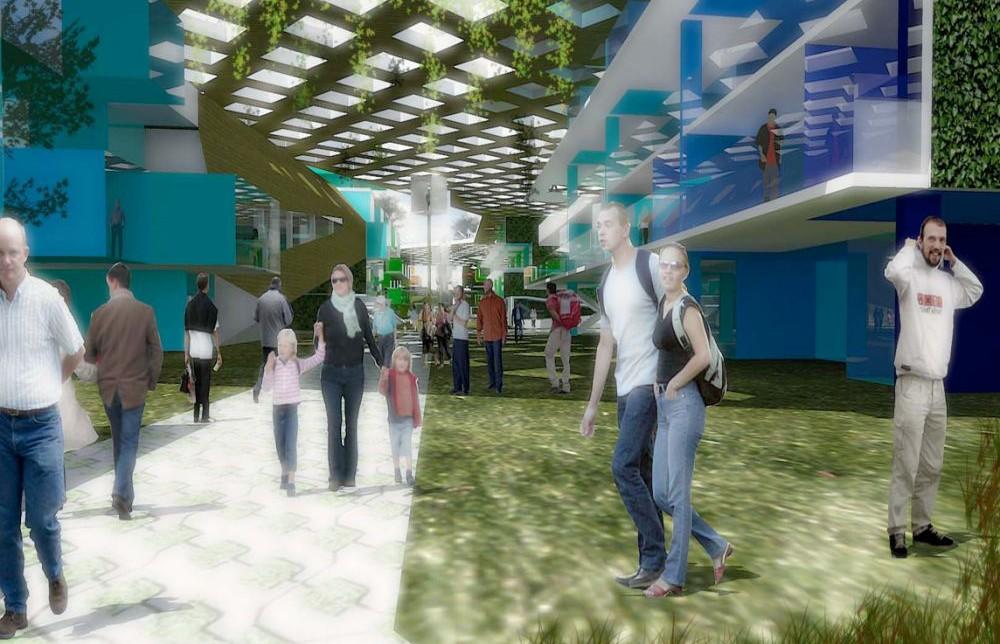 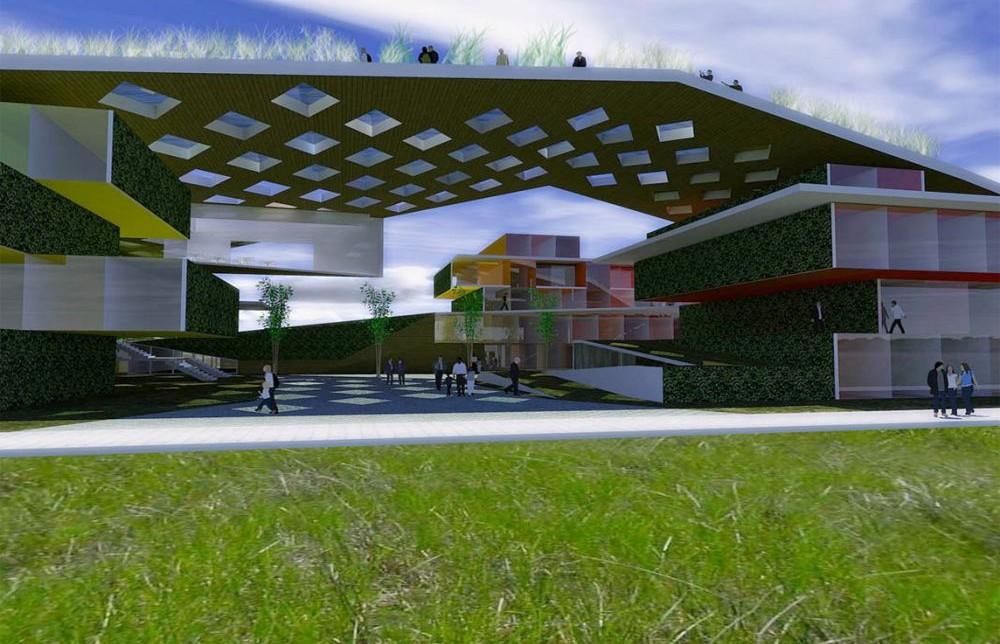 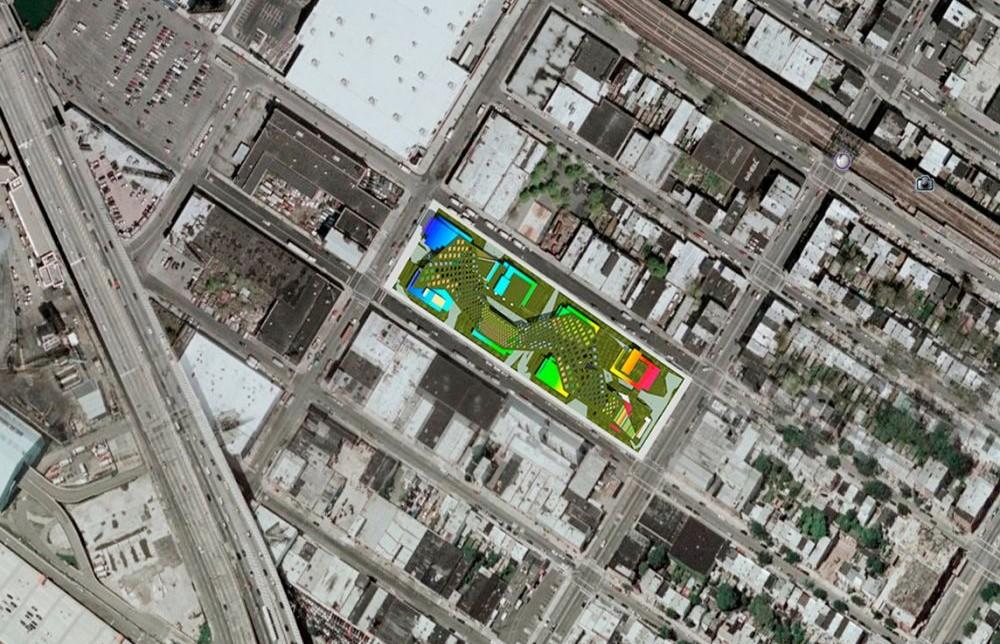 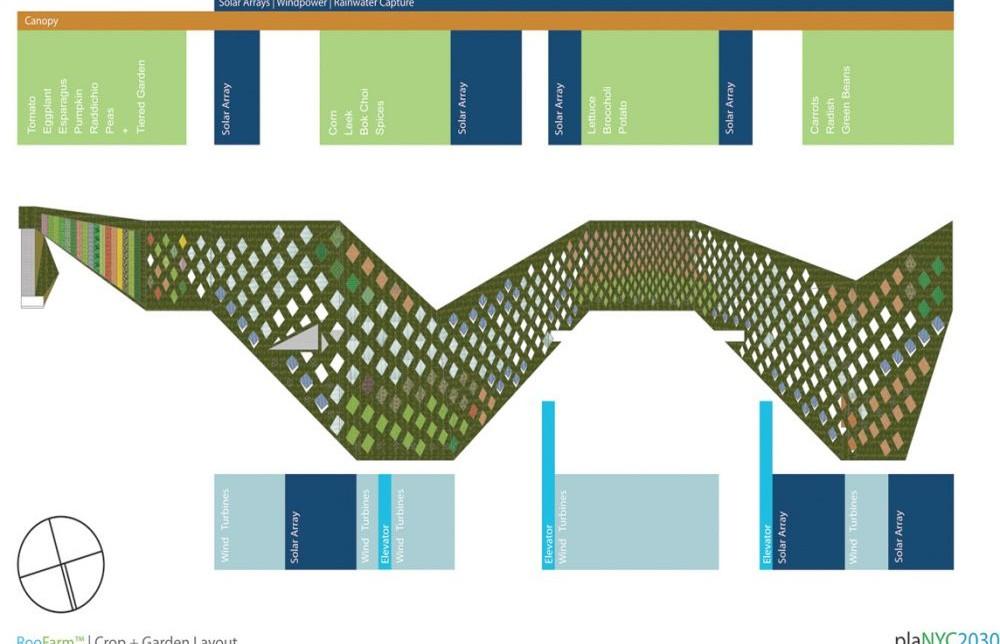 This community prototype calls for a targeted approach to true sustainability and a cost effective model as key residential, commercial, cultural and institutional components reside on the same one block site. It is a de-facto return to the true, urban planning model at least from a practical standpoint that came to prominence in the 19th and 20th Centuries. This model proved most sensible where most goods and services were locally provided to the neighborhood. The advantage is that residents would have essential elements of their neighborhood within walking distance of less than one city block; in this case the study is in the Gowanus – Red Hook section of Brooklyn. Post-Industrial land can be developed as an all-in-one community where residents with growing families have educational, commercial and cultural outlets at their disposal; additionally, a working farm is there to not only provide fresh, local produce to the area residents, but also to sell on the open market to supplement operating costs for the entire development; this also helps to decrease the need for fossil fuels.

Programmatics and Building Massing
Often seen as pragmatic and mutually beneficial for all income level residents, at its core, the entire neighborhood benefits from parity of housing, education and services.

RooFarm Layout / Location Plan
Food is becoming increasingly expensive globally as it is connected to the spiraling cost of oil; this is a model that aims to considerably reduce this burdensome dynamic while anticipating the need to reduce carbon emissions as well as the use of pesticides, additives, etc. as prevalent in the produce sector. The undulating design of the roof structure is composed of a diagonal grid which not only reduces the amount of materials required for its construction, but also enables the process of rainwater capture and filtering that is stored in several cisterns on the site for crop irrigation, and supplemental gray water systems. Vegetables, flowers and other staples would be grown within individual sectors of the roof structure, arranged according to sun exposures and traditional gardening techniques. Community composting will be implemented through specific food waste recycling.

13th Street South Entry
A canopy constructed of recycled and reclaimed materials, including steel, various timbers and grass/woods bamboo. Additionally, serving as the upper roof level for community gardening the bulk of local produce it provides exposures for several solar panel arrays, as well as a phalanx of vertical axis wind turbines that produce supplemental power to residential, community and commercial enclosures. It is accessible by way of exterior stairs and several secure elevators and the main southeast hillclimb and tiered garden.

2nd Avenue West Entry
Now more than ever, a cost-effective element of new construction that is a plentiful resource globally giving this concept a broader viability around the world. The unitized containers can be configured and fitted by fabricators and then delivered and installed on site at a fraction of traditional construction time. This results in a substantial cost offset with regard to initial site development, and construction costs, as well as a reduction in CO2 production.

Public Theatre
Created as a multi-use performance space that can provide creative opportunities for local area youth. It can also collaborate with the Childrens School, area not-for-profits and corporations in partnerships to promote diverse, creative excellence.

Green Town Square
In addition to the RooFarm component, there are many varieties of local plants and foliage to filter and cleanse contaminated air and ground water over time.