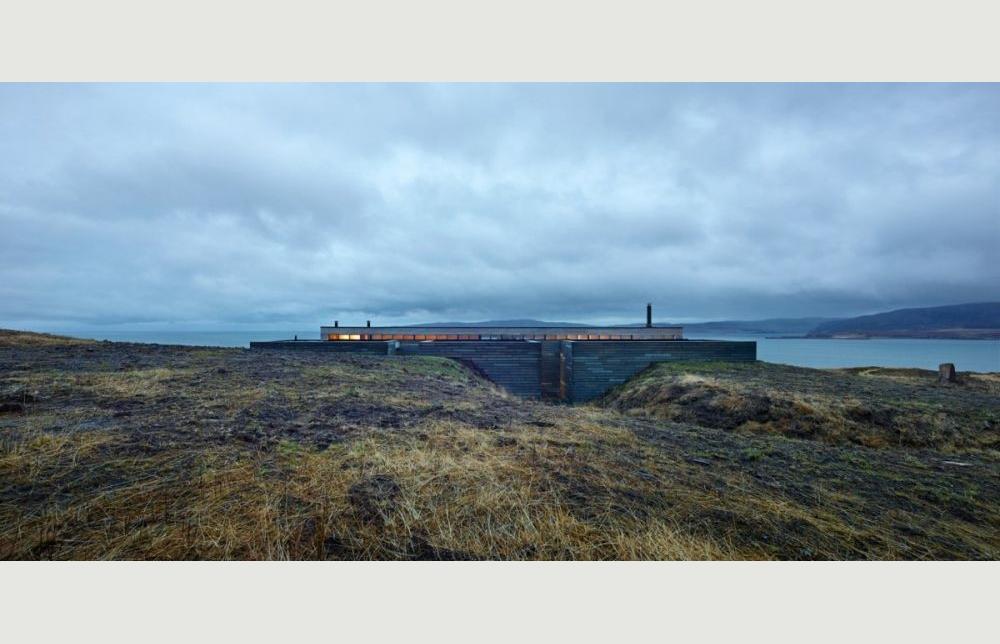 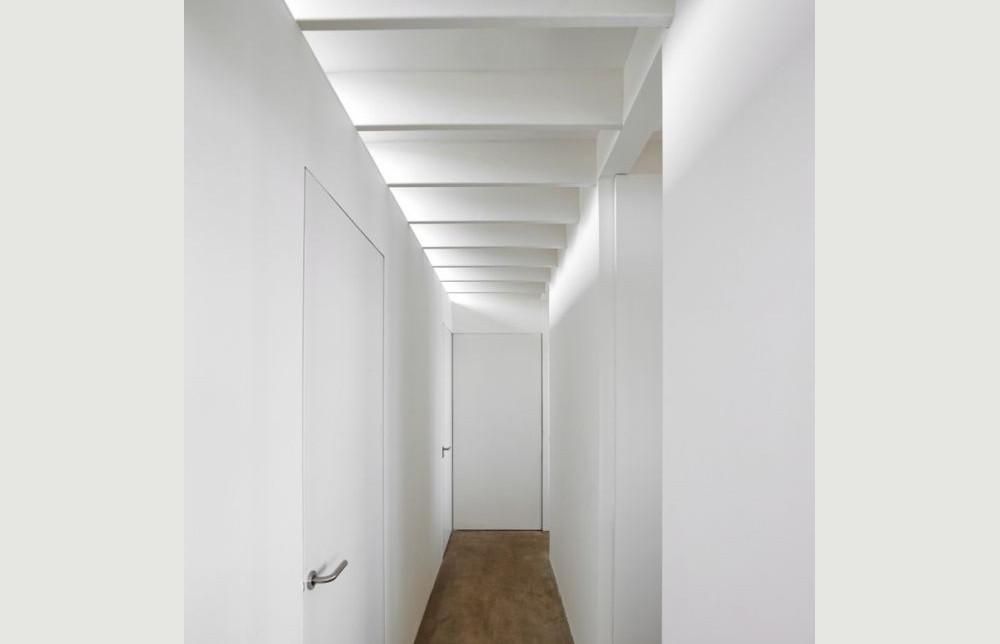 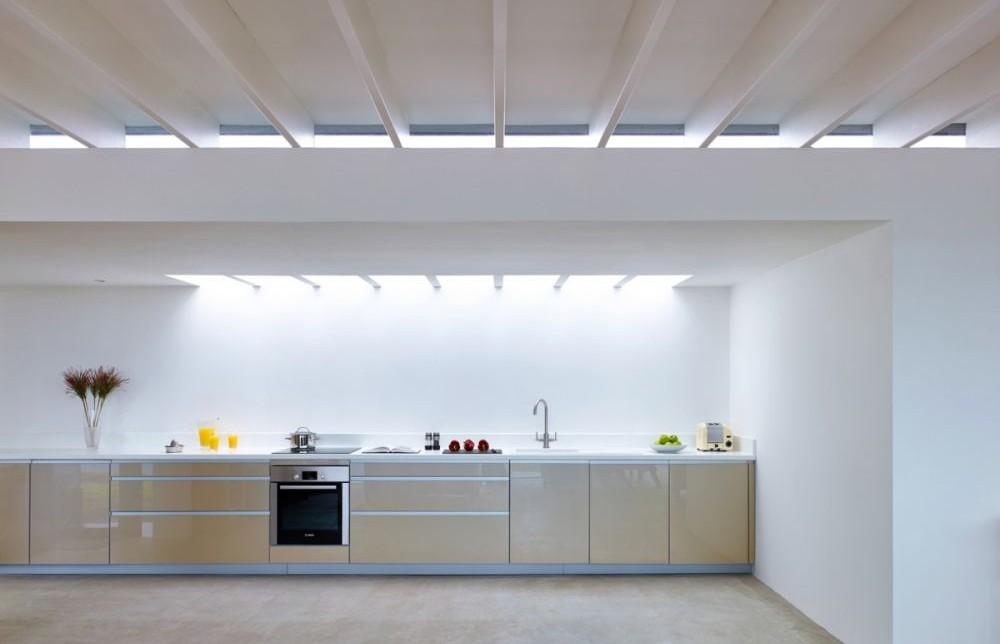 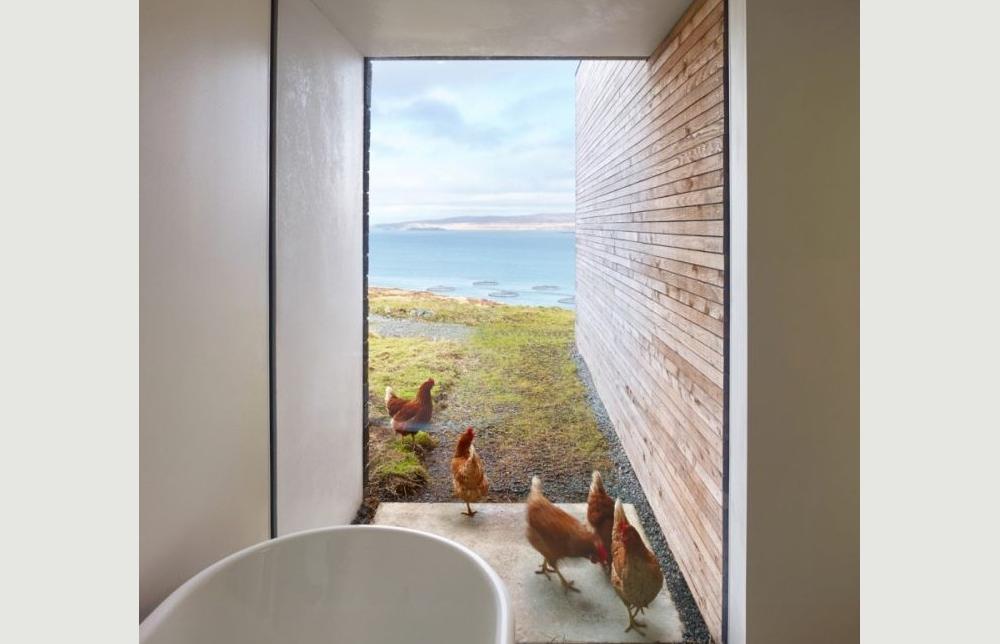 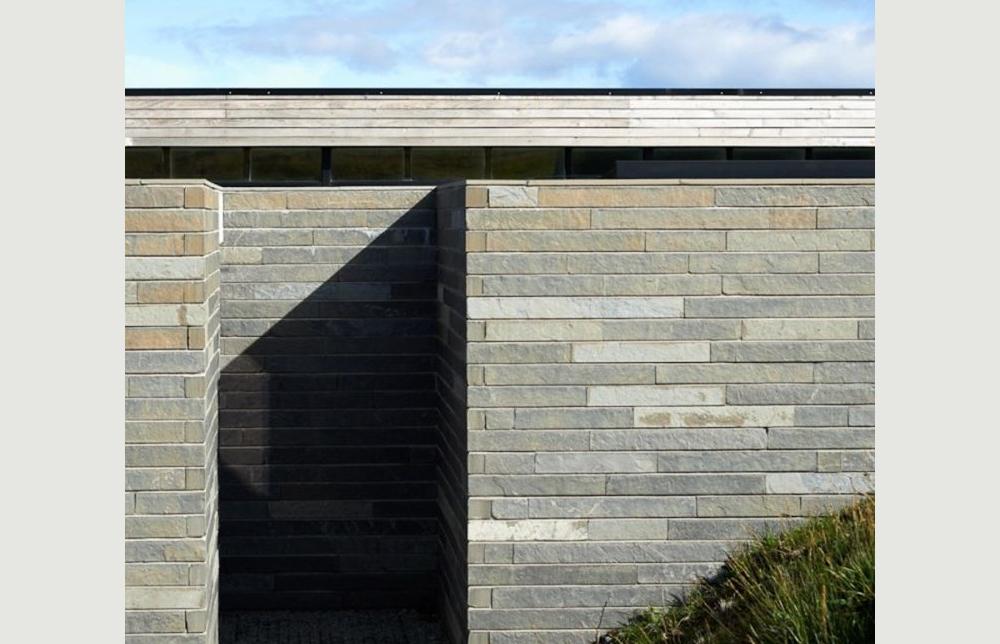 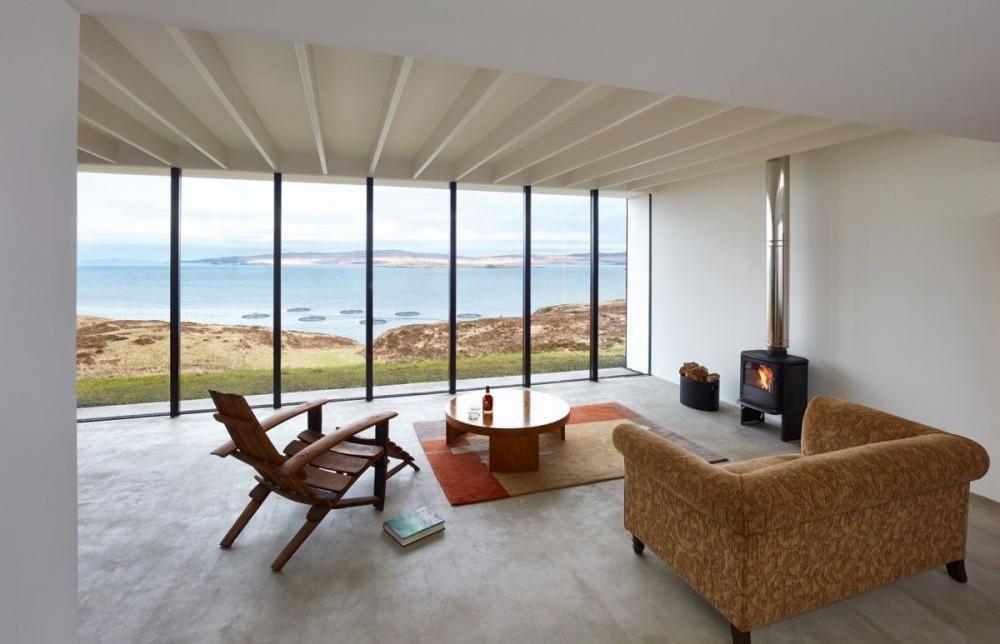 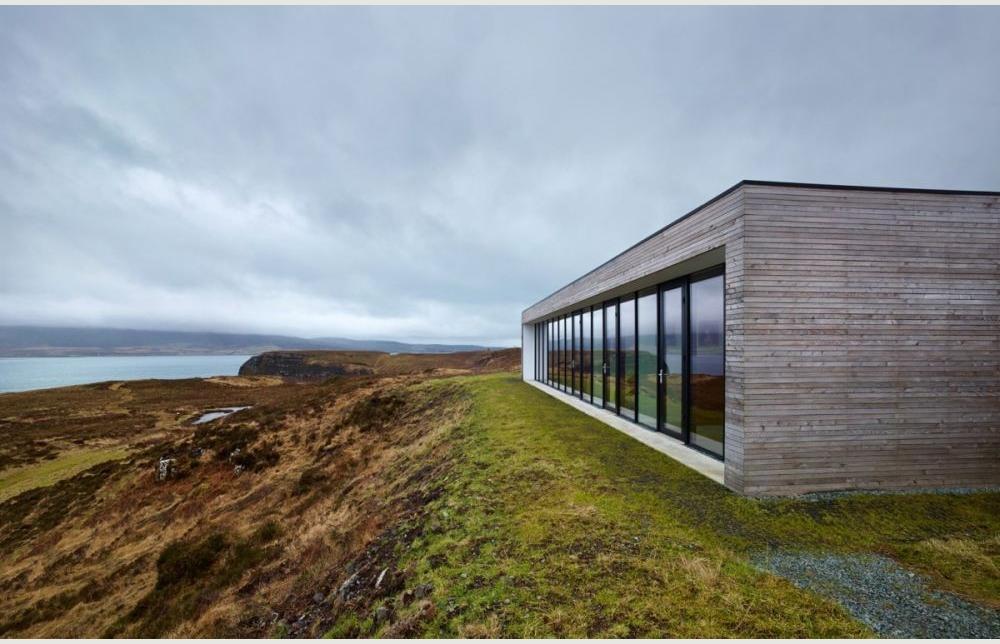 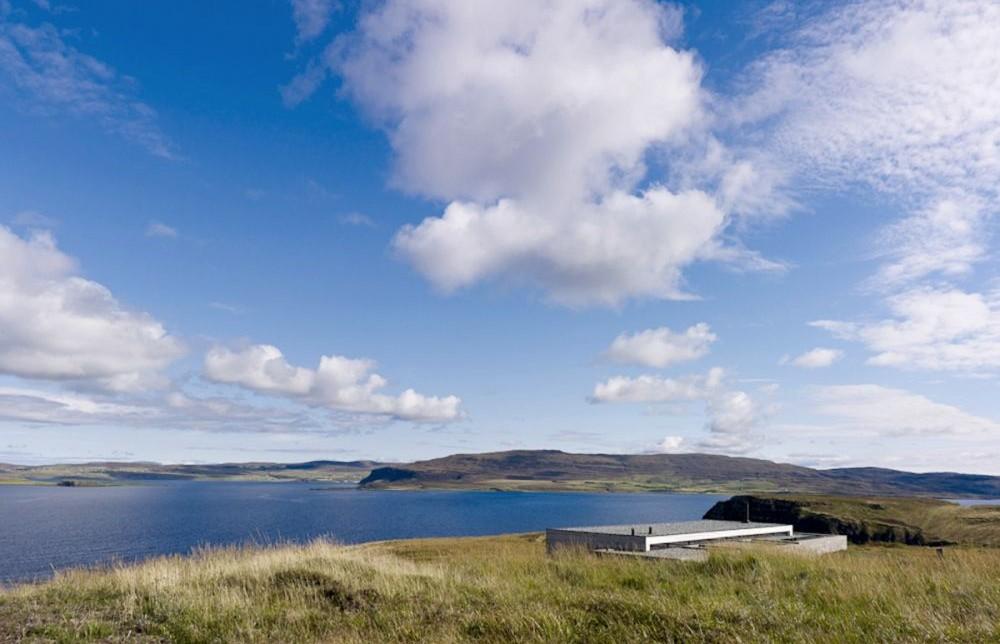 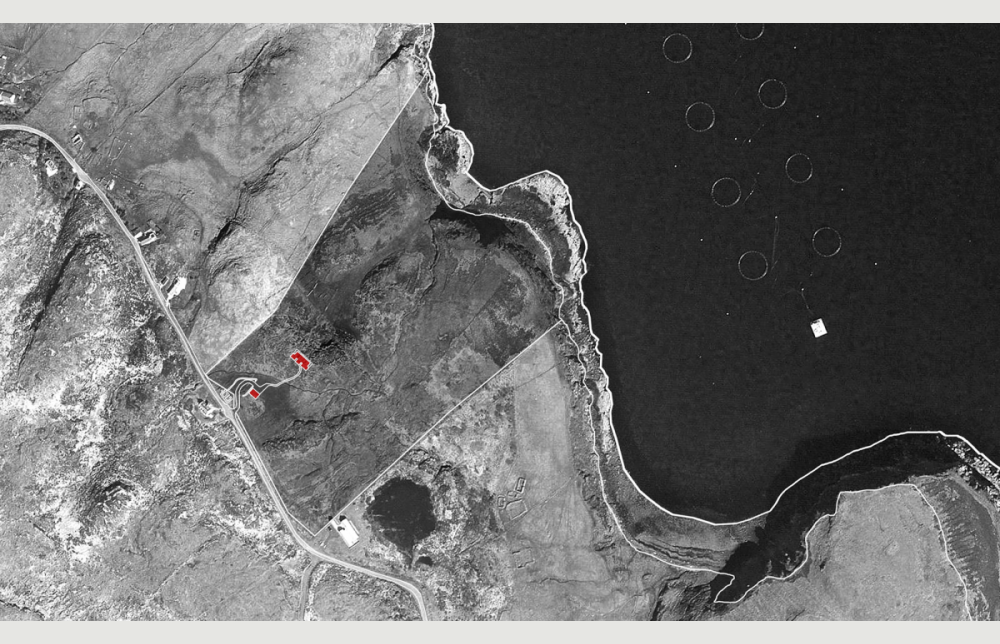 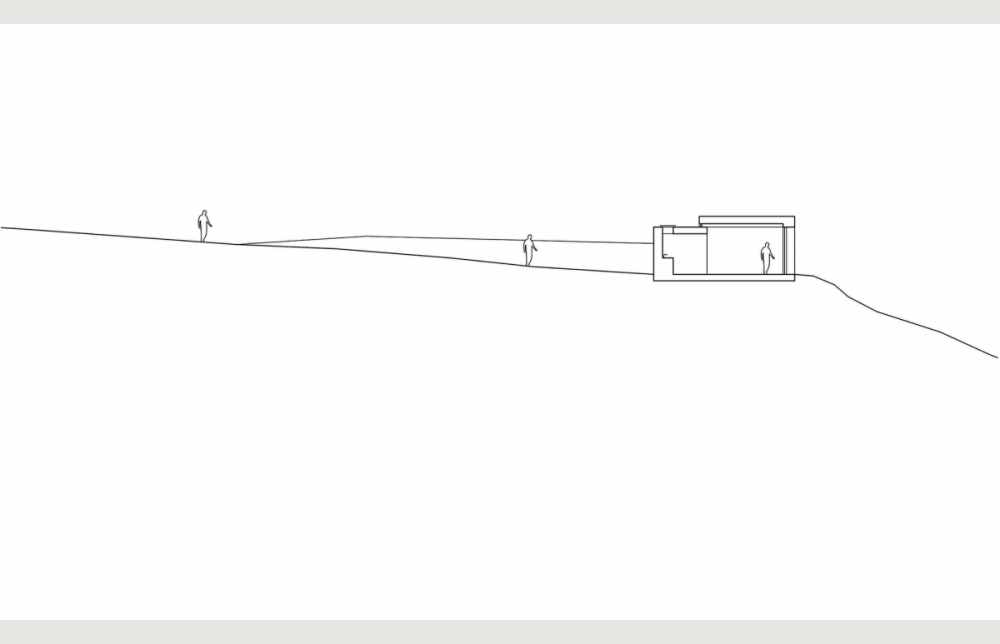 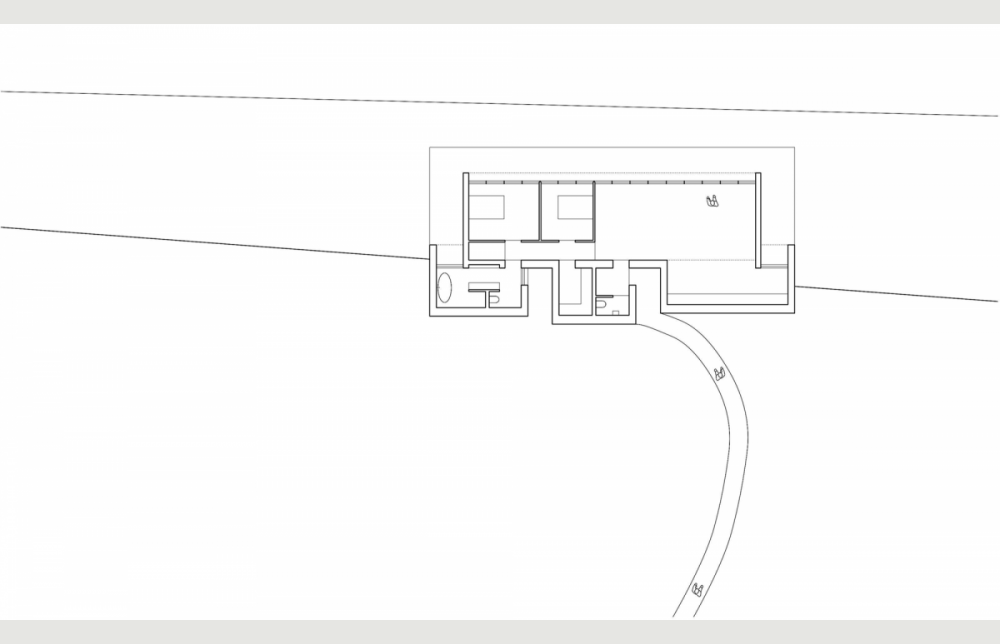 The site is located in North West Skye, overlooking Loch Dunvegan. It manifests itself as a contradiction: far reaching views to the North East and harsh winds from the South West. The constant is the horizon.

An existing ruin marks the entrance situation of the croft, while the edge of the cliff locates the dwelling on its site high above the water’s edge, giving the connecting path a distinguished end.

In order to address the site conditions, the building consists of two volumes; one closed, the other open. The first contains all serving functions to support the main open rooms. Together a place is created that provides shelter and privacy whilst maintaining focus on its surroundings.

The building is first seen from the curved path as a wall in front of the dominant background. As the path unfolds and cuts deeper into the landscape, this relationship changes, with the building becoming the dominant focal point. This suspense is released upon entry. One wall of the main open volume is omitted and the visitor stands in front of a fully glazed screen atop of the cliff. The topography of the site allows the surrounding landscape to be experienced as a panorama. The built space ends with the horizon.

The geometry of the two volumes are not only offset in length but also in height. The voids created are fully glazed and the volumes and their location remain readable from the inside. They act as vistas, remaining open in the in-between and looking back on both the building and its setting. Additional light enters the dwelling at in its centre, between the exposed rafters running the full length of the building.

While the typology of the building is specific to its surroundings, it was necessary to detail its appearance in a language that is commonly understood. Both the location and function of the two volumes are confirmed by the use of material. Caithness stone for the retaining wall and larch for the open plan main rooms. The height and hue of the horizontally laid courses correspond and merge both volumes into one building. The continuous horizontal plane of the polished concrete floor, acts to further blur the relationship between interior and exterior. As nature reclaims the site it is only the trampled grass of the path, that becomes domesticated in the landscape.

On the interior, materials are omitted to give dominance to the characteristics of the site acting as a gallery filled with the objects and memories the client surrounds themselves with.

Living is a decision that is also defined by the choice of place. This dwelling seeks an answer through the specific means of architecture of how the qualities that make a place can be distilled into built matter in our times. The idea of contradiction, as expressed in the elementary geometry of the building, is not only a reminder of the isolation and mystery of its location but also of the rarity of being able to live amongst the drama of the ever changing atmospheric conditions in this part of the world: the reason behind a client’s decision to purchase a plot in the first place. The dwelling can only provide the frame.

How much building is required to inhabit a place?